A hot air balloon ride is an experience like no other. The earth smoothly goes down, the basket floats slowly over mountains, forests and fields, and it seems that treetops or rocks can be touched with your hand. And all this can be enjoyed with just a canvas and a burner. It is difficult to call it anything but magic. There are many places in the world where balloons are raised to the sky, but some of them are especially good.

It is difficult to imagine that the landscapes of Cappadocia are an incredible creation of nature. Hundreds of stone pillars, sharp triangular rocks, multi-colored gorges - all this brings to mind the fabulous city frozen in stone. People did live here, as evidenced by numerous caves, but the rocks themselves were shaped by wind and rain. 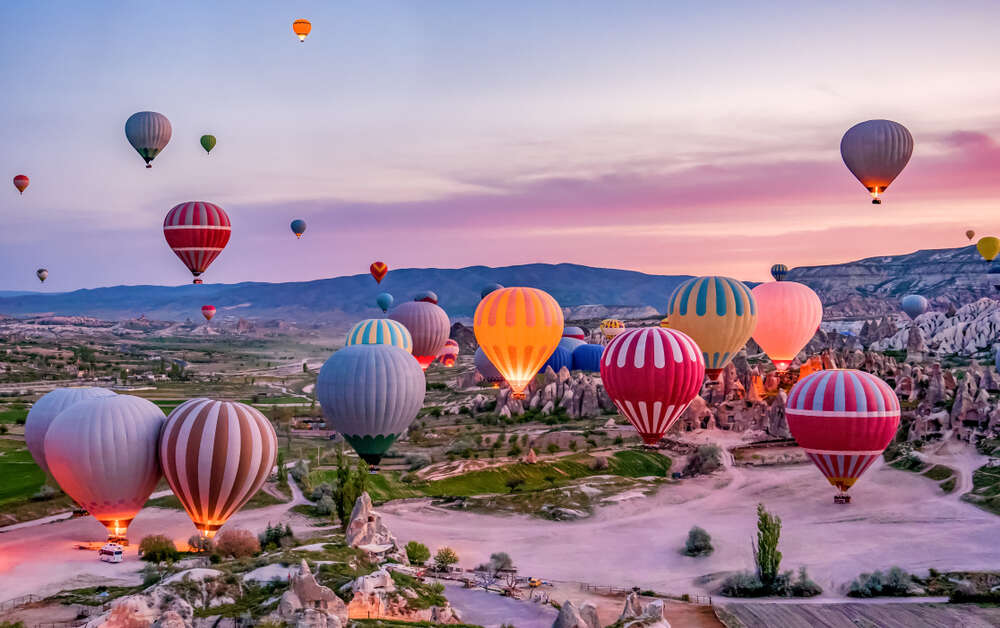 In the valley located in central Turkey, you can walk, ride an ATV or a horse, or you can rise above it on a balloon in order to capture much more from a height than from the ground. Hot air balloons in Cappadocia rise at dawn, so you get views of the rising sun as a bonus. And if you have a few days left, then spend one morning taking a picture with dozens of balloons in the background on one of the observation decks.

The brick stupas of the ancient kingdom of Bagan (Pagan) look impressive from the ground, but one can appreciate the scope of the place only from the balloon basket. Hundreds and hundreds of dusty red structures that illuminate the rays of the rising Myanmar sun are an unforgettable sight.

As in the case of Cappadocia, you can just walk around Bagan. More precisely, ride. The area is very large and the climate in Myanmar is hot, so rent an electric bike and explore the ancient city with a breeze. It is best to watch the balloon rides from the roof of one of the stupas, but an open structure should be found in advance, as on most stupas, the stairs leading to the roof are blocked.

The tiny village of Vang Vieng in central Laos is famous for the mesmerizing landscapes around. Here and there, sheer cliffs rise from the dense jungle, and bright green rice fields stretch under some of them.

A hot air balloon ride in Laos is not only beautiful but also cheap. The price is lower than in Turkey or Myanmar. 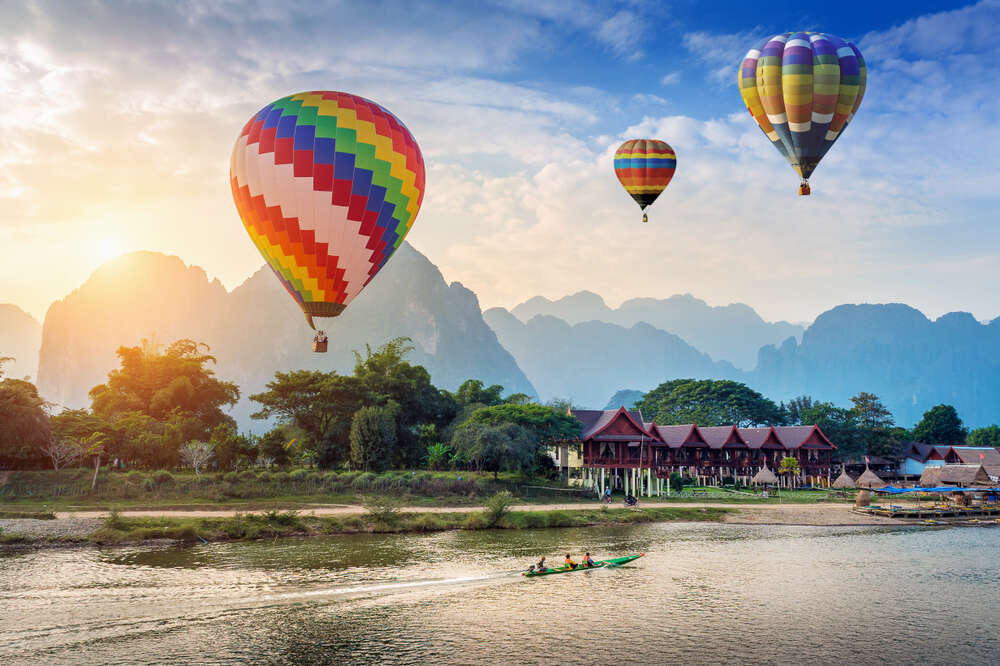 Hot air balloon rides at this location have two features. First, you will not fly over natural landscapes or over ancient ruins, but over a modern European city. Red tiled roofs, domes of churches and spiers of town halls from above look the same as they did a hundred (or two) years ago. The illusion of time travel is broken only by airplanes, at some point, the balloons move towards the airport.

Secondly, you can rise into the sky over Vilnius not only at sunrise, as in most places, but also at sunset. Or you can just ride it twice so as not to be haunted by the torments of choice.

Hot air balloons in New Mexico are not a daily tourist attraction, but an annual festival. It is held in the fall (dates change every year), lasts a week, and at this time hundreds of multi-colored domes soar into the blue South American sky. The festival even got into the Guinness Book of Records, when 345 hot air balloons rose into the sky in an hour. 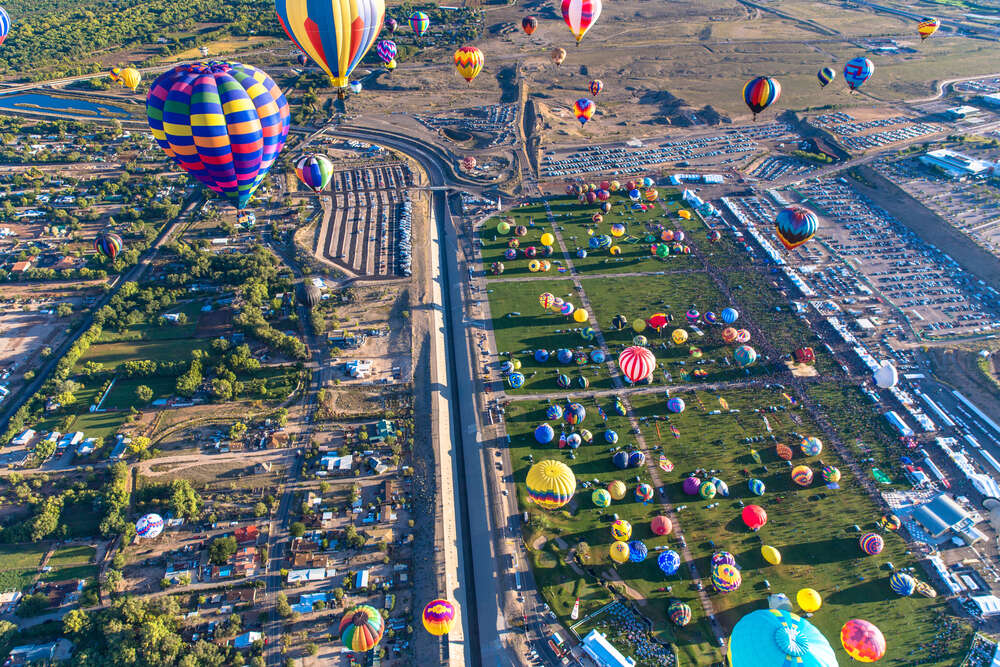 It is noteworthy that the balloons in Albuquerque are not only classic spheres, but also all kinds of shapes, from a huge frog to Jesus. And balloons are launched even at night.

You’d think what could be interesting in hot air balloon rides over the bare savanna? But when you ride a hot air balloon above the Maasai Mara National Reserve, you will realize that there are many interesting things. The dawn sun in Africa is simply huge, and you can watch herds of zebras, ostriches, elephants and other animals run on the ground.

It is especially interesting to ride a hot air balloon in Kenya during the Great Migration. At this time, real rivers of migrating animals flow through the savannah.

In this case, vineyards and fields will float under the balloon basket. The area is called Tuscany of America for a reason, the number of wineries per square kilometer is rather big here. By the way, a hot air balloon ride can then be celebrated with a glass of dry red vine. 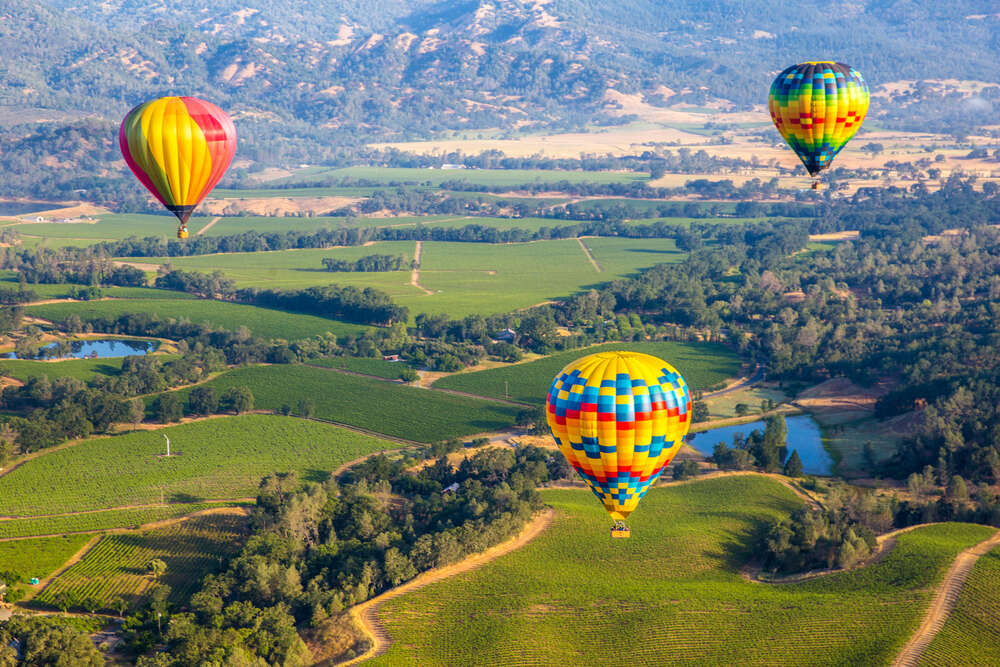 If you work up an appetite during your ride over the Napa Valley, there are dozens of restaurants at your service, including those with 6 Michelin stars.

If you saw the landscapes of Mars in some Hollywood films, then you should know that they were filmed in the Jordan Valley of Wadi Rum. The cliffs and dunes did not seem to know the touch of civilization, and when floating in the sky, it is easy to imagine yourself as a discoverer of strange lands.

Not far from Wadi Rum, there is another outstanding landmark of Jordan - Petra. The balloons do not fly here, but even without them, exploring the ancient city carved into the rocks will be very interesting.

The Swedish city is one of the few in the world where balloons are allowed to fly directly over the historic center. The rise takes place at sunset, so you can see the medieval city in two guises at once - evening and night.

Another feature of Stockholm balloons is that they fly quite low. So you will have a great opportunity to see the city roofs in great detail. Who knows, maybe this is how Karlsson-on-the-Roof, the most famous made-up inhabitant of the city, sees them.

People come here not only for hot air balloon rides, but to watch the balloons floating in the air. The fantasy of the creators of the balloons truly knows no bounds, the heads of Mickey Mouse, huge cows, bees, skunks, characters from Disney cartoons and caricatures of world politicians soar into the sky over Leon. 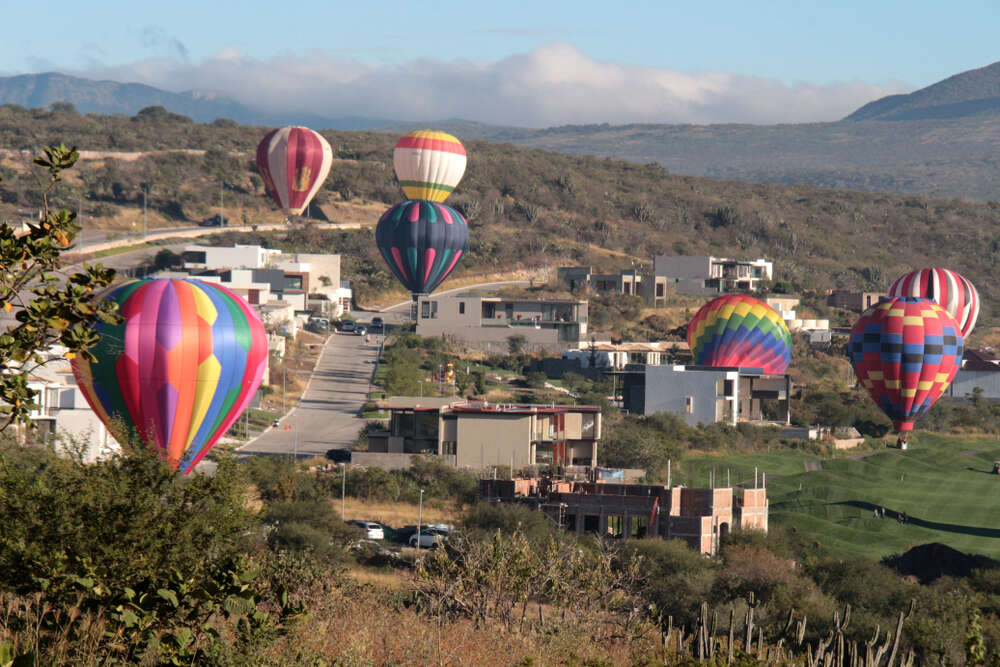 The annual Hot Air Balloon Festival in Chiang Mai in northern Thailand is a big noisy festival that attracts locals and tourists. Here you can not only rise into the sky over mountains and rivers, but also watch traditional shows, treat yourself to pad thai at the night market and buy souvenirs.

One of the undoubted advantages of hot air balloon rides in Thailand is the ridiculous price of about 10 euros.

The area around Valensole is famous for its lavender fields. During the flowering period, the real purple sea rustles here, which attracts tourists from all over the world. People come to Valensole for super-spectacular Instagram-photos, as well as for hot air balloon rides. 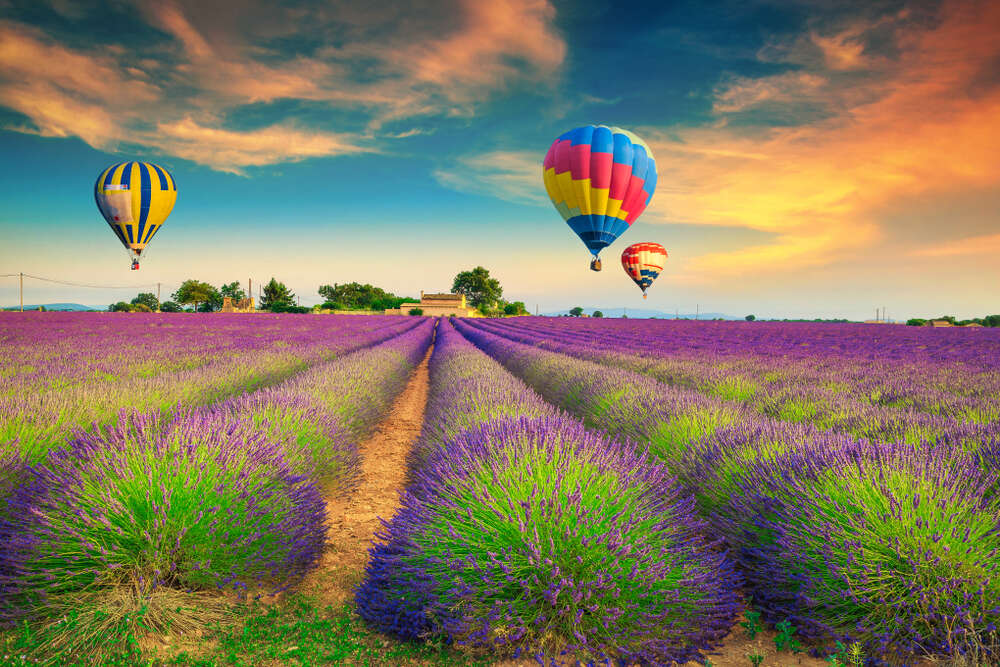 Lavender in French Provence blooms from mid-June to early August. And you can enjoy delicious olives or walk between the stone houses in the traditional Provencal style at any time of the year. No wonder the area became a source of inspiration for great artists such as Renoir, Van Gogh, Gauguin.

What you need to know about hot air balloon rides

First of all, you should understand that there will be other people in the balloon basket besides you and the pilot. Usually the balloon lifts from 8 to 30 people, some companies offer VIP flights for a smaller number for a higher fee.

In some locations, flights can be operated by both licensed companies and self-taught pilots. It is better to choose the first ones, although prices for more services are higher. But the companies insure the passengers of the balloon, and certified pilot's are more experienced, as a rule.

The ride takes place at an altitude of up to 1000 meters above sea level, which means that it will be colder at the top in the basket than on the ground. Bring long-sleeved clothing with you. You will also need something for your head and sunglasses so that the dawn or setting sun does not interfere with admiring the views.

A hot air balloon ride is an experience that is definitely worth trying at least once in a lifetime. Perhaps you will get that taste in your mouth so much, that you might want to visit all the places described above.