When mentioning New York, the skyscrapers of Manhattan and the noisy streets of the tourist districts come to mind first of all. But there is another New York, more like scenes from melodramas and sitcoms. There are two-three-story brick buildings, small cafes and restaurants where you can meet TV stars. Travellizy's report today is about the unique blocks of Greenwich Village. 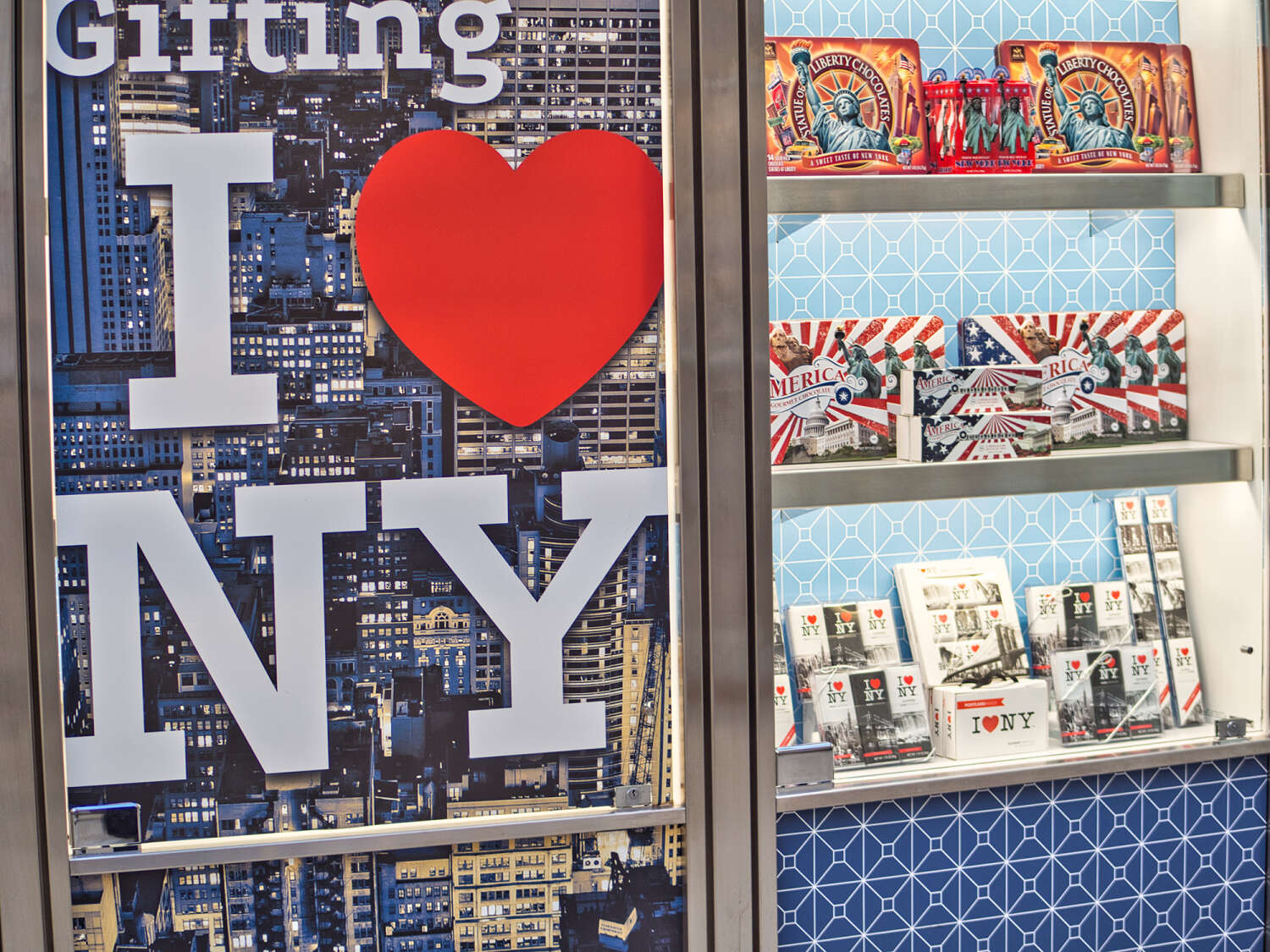 The blocks that make up Greenwich Village are located on Manhattan Island. This island in the Hudson Bay is the most populous county in the United States, although it occupies only 59 km². 1.6 million people live on narrow stretch of land 21 km long and 3.7 km wide. There are neighborhoods, where people of a certain income settle. Surprisingly, Hudson Yards, which is Manhattan's most expensive neighborhood, and the poorest slum of East Harlem are eight kilometers from each other. Once a small village, now the Greenwich Village area is a few streets with a total area of less than a square kilometer in the western part of Lower Manhattan. About 30,000 New Yorkers live here, according to statistics, most of them are white, with higher education, the average age is 36 years. 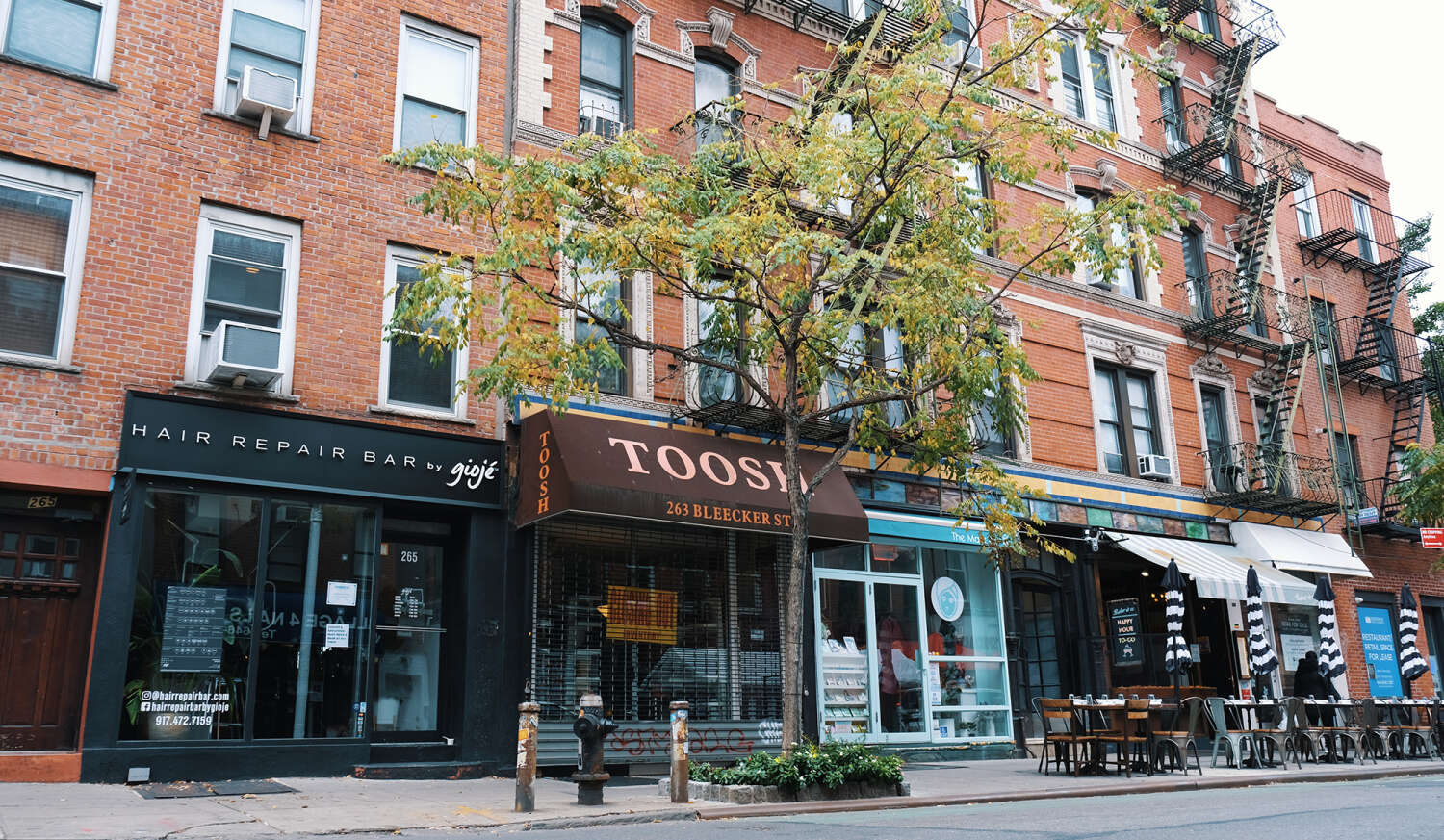 Greenwich Village has never been a poor area, and renting a studio apartment here costs an average of $5,000. If you ask a New Yorker why thousands of people adore Greenwich Village, or just the Village, they will definitely mention the atmospheric streets.

In this well-maintained neighborhood, people with above-average incomes can afford to live, but mostly it is rent, since the cost of a very modest house reaches several million dollars. Despite the fact that there is also social housing, Greenwich Village is considered to be one of the best neighborhoods to live in New York. 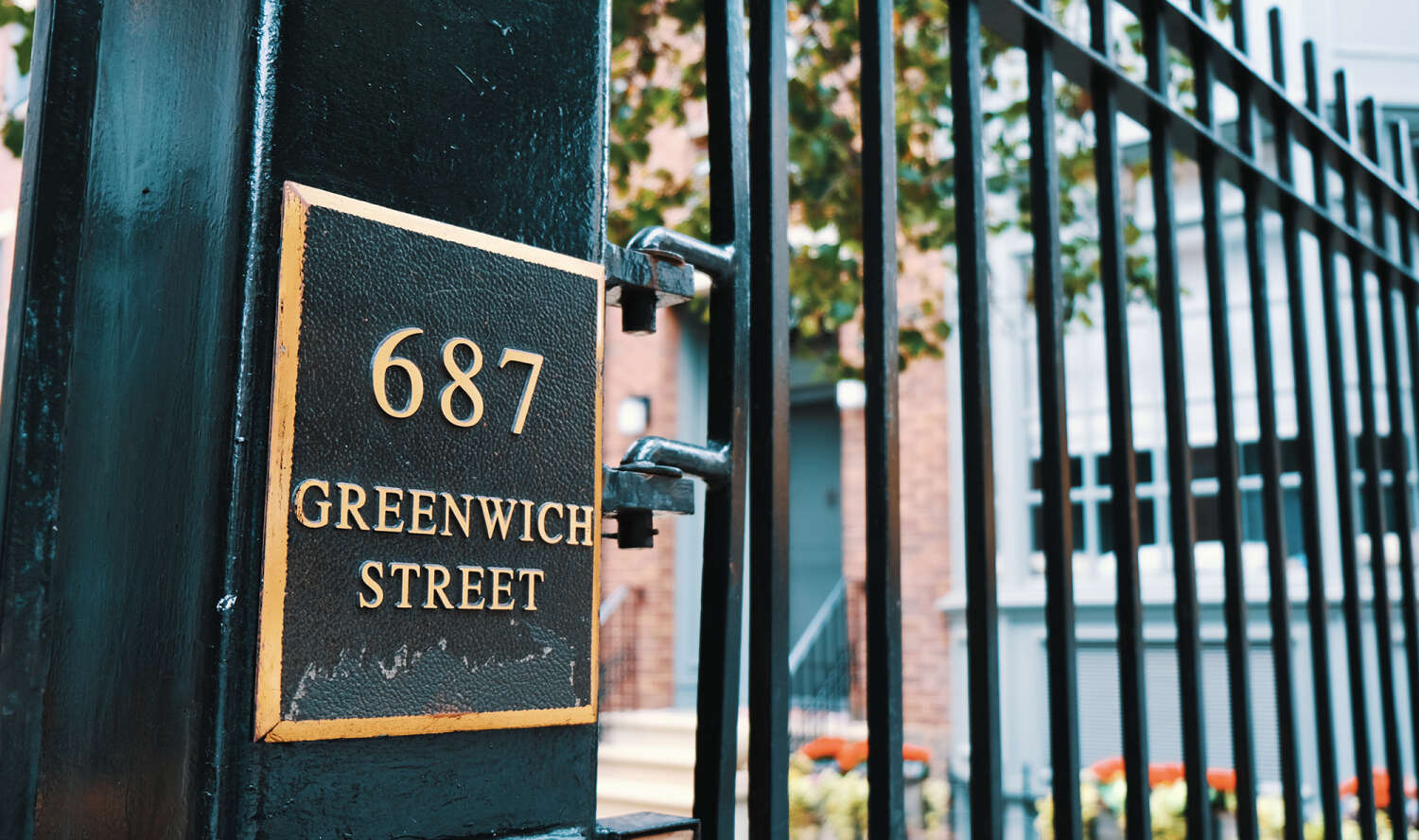 If you're not sure if it's worth taking a few hours to walk along these streets, keep in mind that scenes from many popular films and TV series were filmed here. The most famous of them is Friends. The iconic American sitcom about the life of a group of friends was filmed mainly in the studio, but some external shots were taken on the real streets of New York. Location: 90 Bedford St, New York, NY. 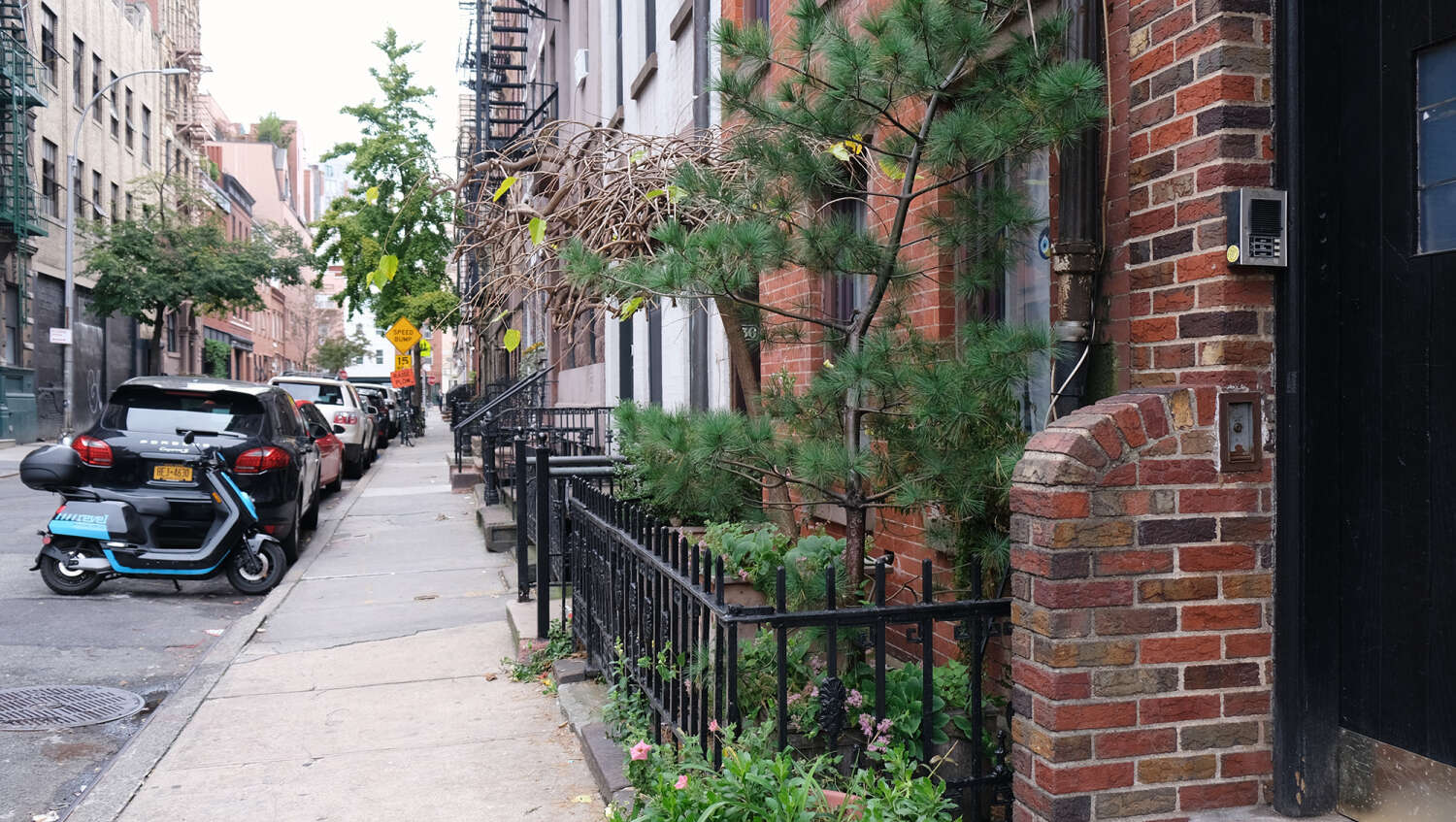 If melodrama is not your favorite genre, then you can take a walk to the arch in Washington Square, where they filmed footage from I Am Legend (2007), a fantastic action movie with Will Smith. Location: 11 Washington Square N, New York, NY.

Another surprise for moviegoers is the Tardis police box from the Doctor Who TV series. If you're lucky, you'll see it on Perry Street. It glows at night, but as befits mysterious objects, it appears and disappears. Here is a hint: The chance to capture the Tardis increases in October! 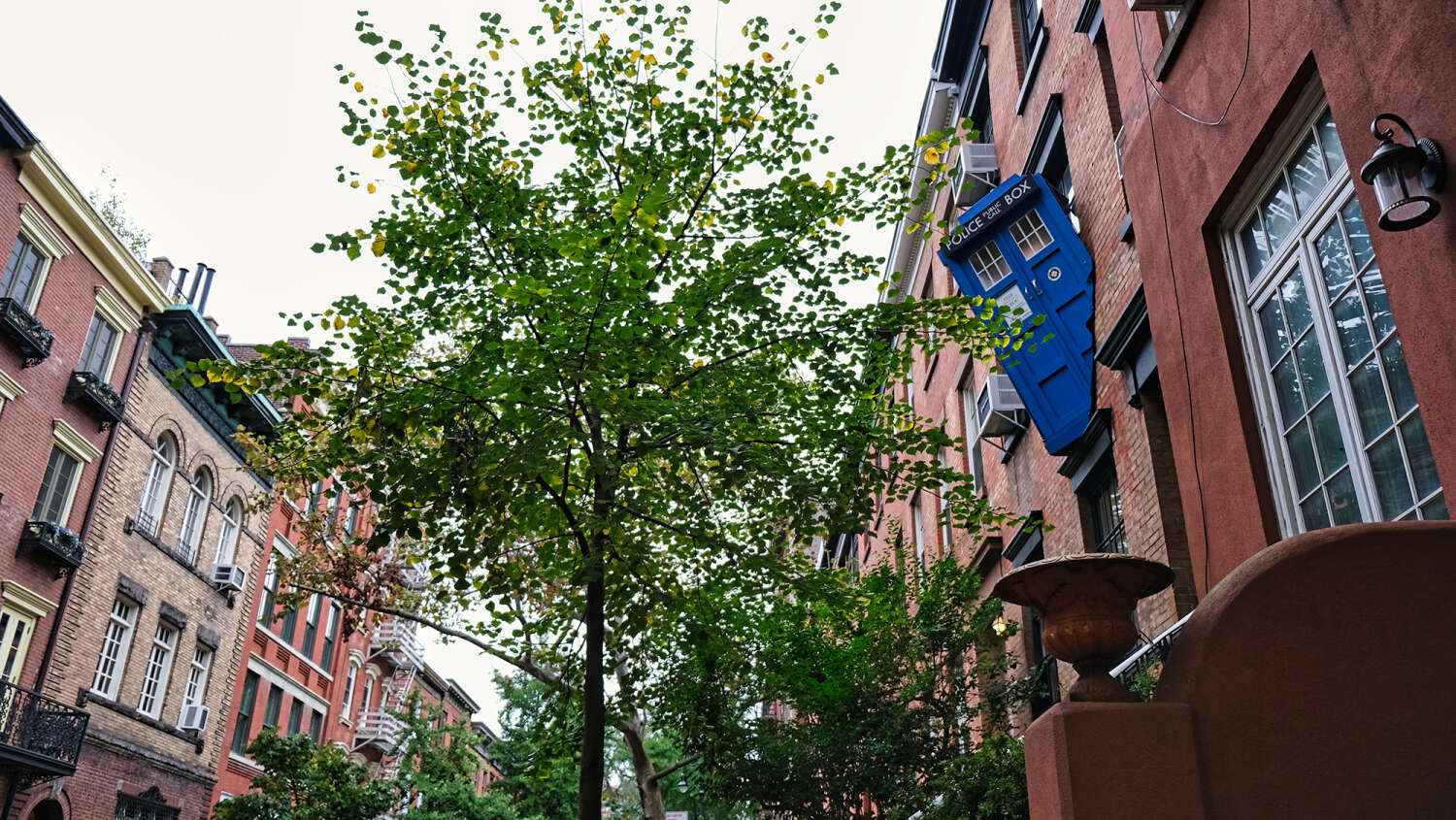 October days, still warm enough for many hours of walking, give you the opportunity to admire the numerous mini-installations in honor of Halloween, the most fun American holiday. Residents of the Village do not just decorate the entrance to the house with pumpkins, skeletons and bats, but also famous political figures. How do you like President Trump carved out of a pumpkin? 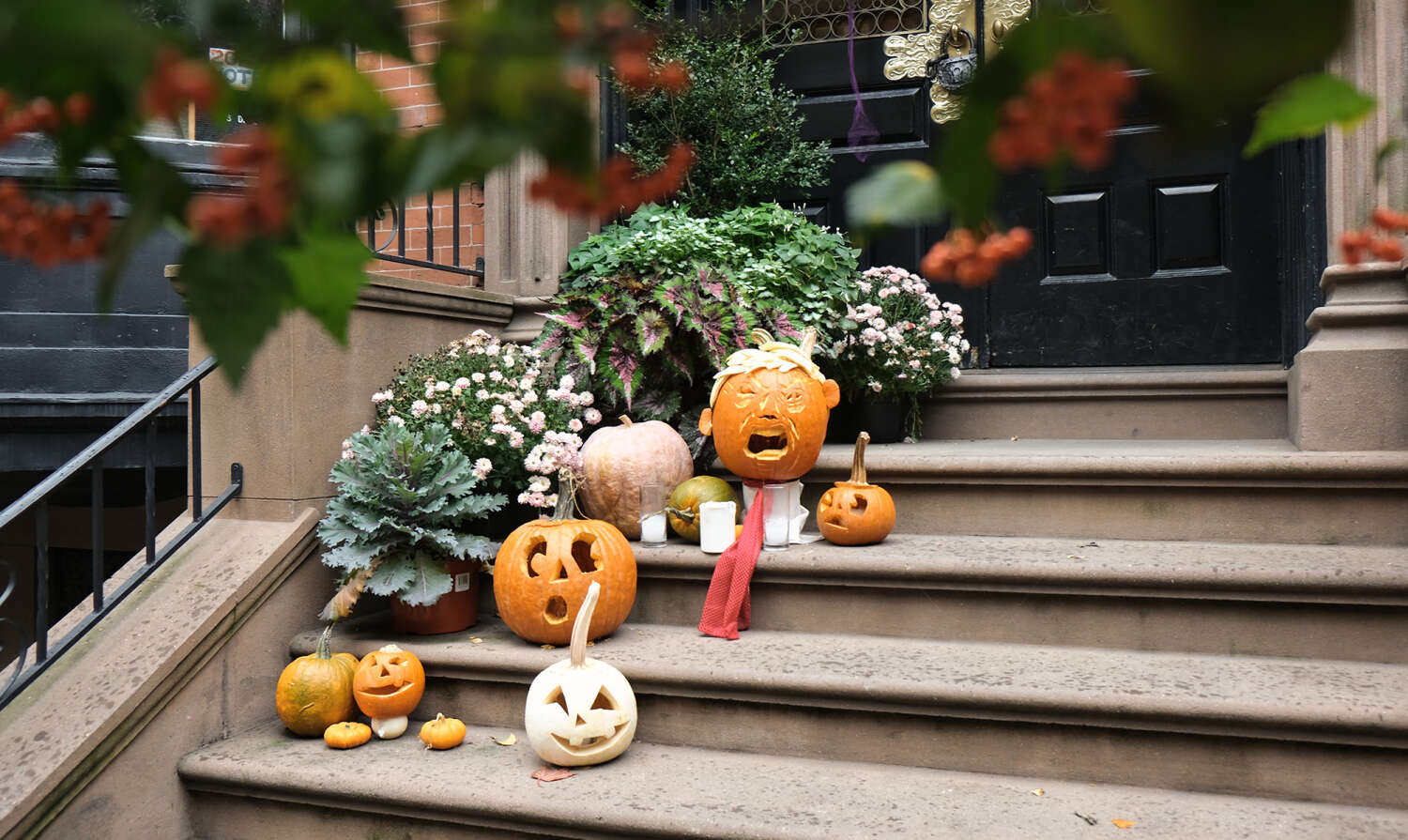 If you love Halloween, feel free to join the crowd of two million people in the October parade. The streets of the Village are filled with characters from movies, comics, games and simply fantasies of dressed up participants. The streets are blocked, the roadway is fenced off so that the spectators do not interfere with the participants, and at exactly 7 pm the action begins. After the parade, the participants disperse to numerous nightclubs. The East Coast of the USA in October is imbued with the spirit of this holiday, so if you are ready to join the ranks of the fun, welcome to New York! 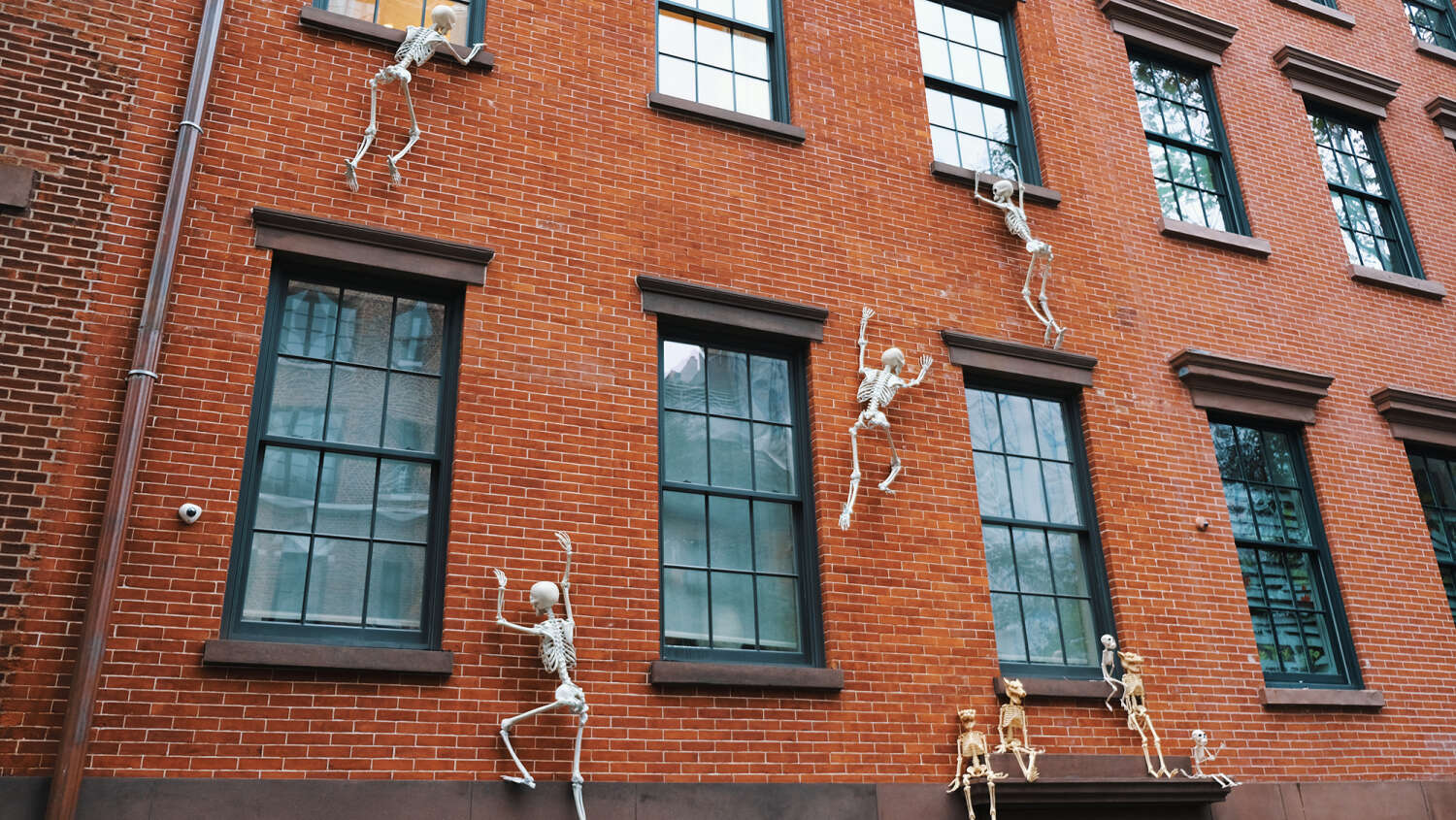 In 1910-1950, the Village was populated by artists, actors, musicians and other art workers. The convenient location of the neighborhood, close to Broadway, exhibitions, combined with inexpensive rented apartments and houses, was perfect for bohemians, the LGBT community and radical political movements. Walking through Greenwich Village, you will see the same houses that musician Bob Dylan, artist Andy Warhol, guitarist Jimi Hendrix, rock and roll star Buddy Holly saw. The beauty of the Village imbues the streets, blends with graffiti and everyday objects, and inspires sensitive people. 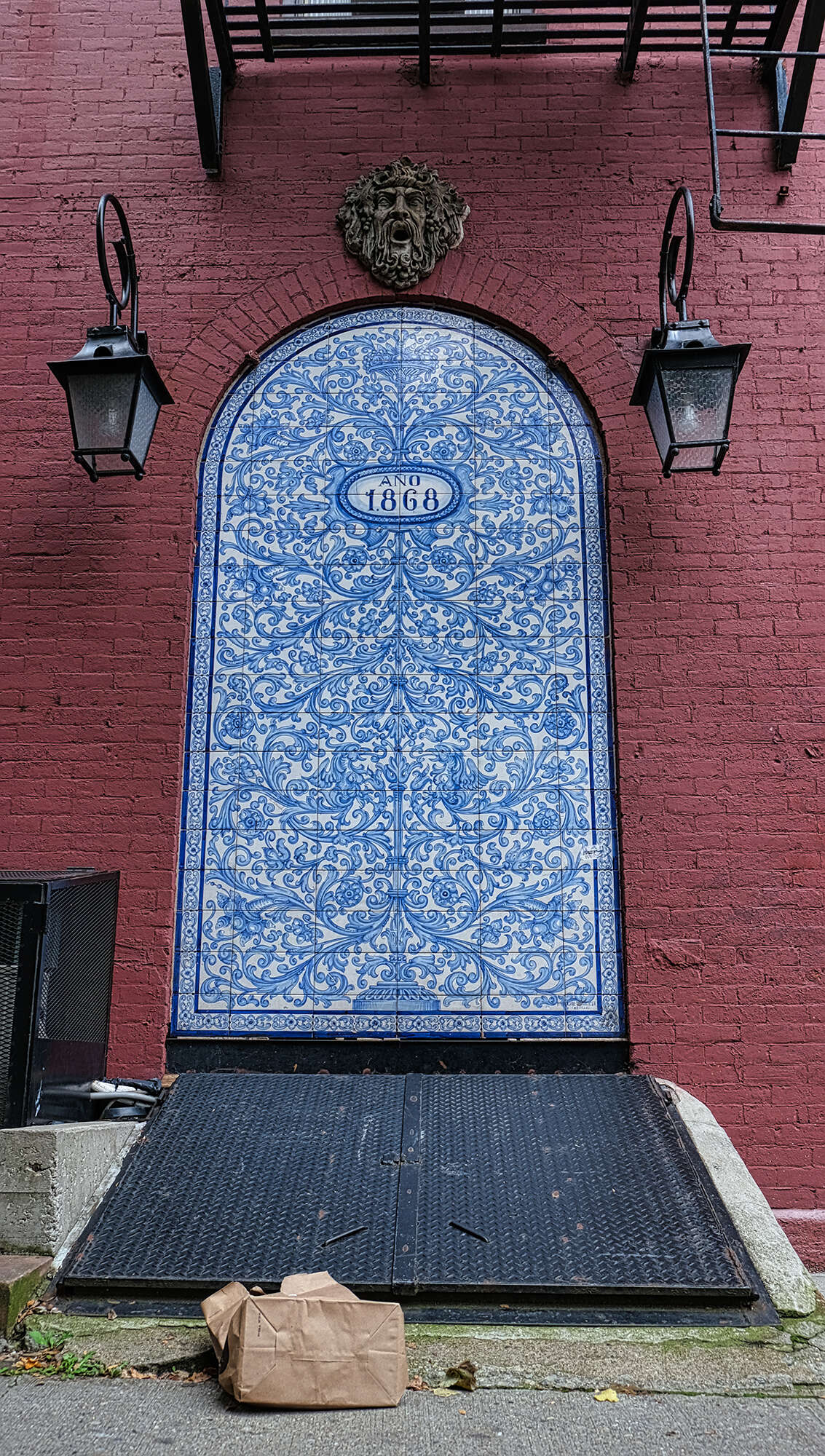 John Lennon, who rented an apartment with Yoko Ono at 105 Bank Street, once said that he would like to be born in Greenwich Village. This is not to say that the streets of the blocks are distinguished by highly artistic architecture, but the unloading area of the biscuit production workshop, painted in purple, undoubtedly looks extraordinary and bright. 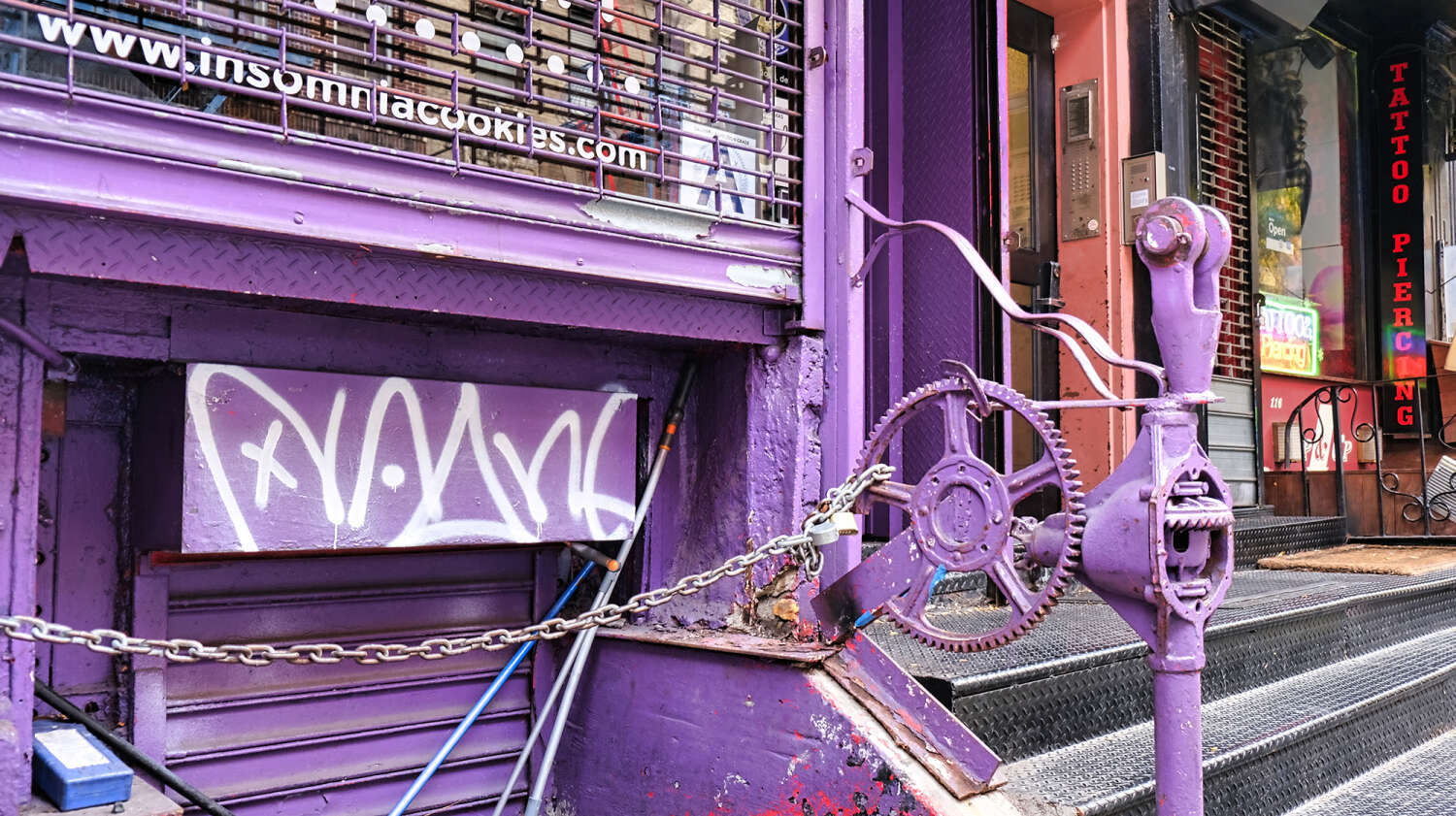 Two-Oscar winner Barbara Streisand and rock legend Janis Joplin also called the Village their home. Buying property here is a matter of status, and a lot of Hollywood stars own a house or apartment. The chances that you will meet Sarah Jessica Parker or Uma Thurman somewhere on a narrow street are slight, but still! 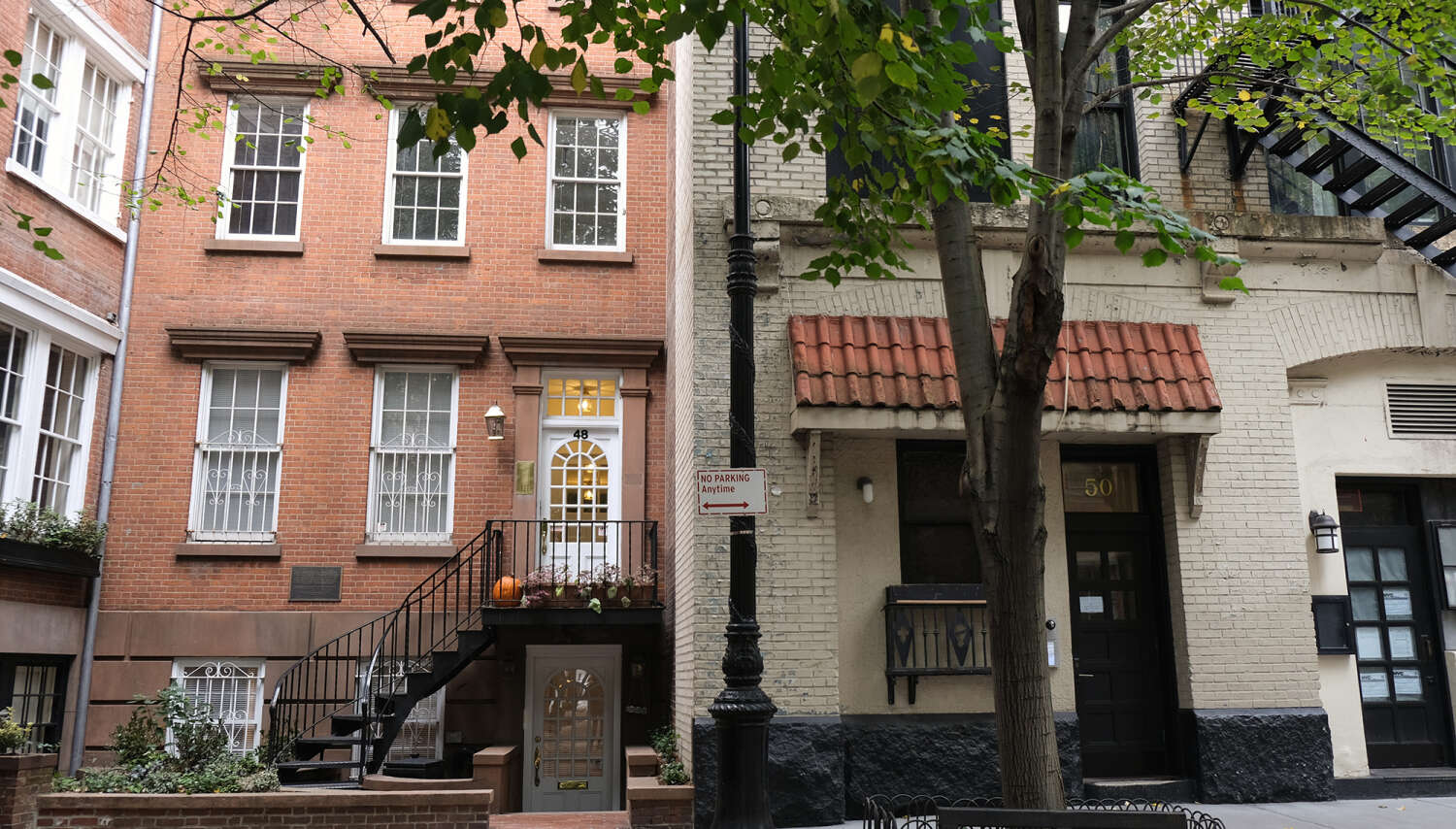 Greenwich Village was founded by Dutch navigators who brought their understanding of beautiful and functional living to the American continent. 500 years have passed, the Village on the banks of the Hudson River has become part of the most diverse city in the world. But if you walk here at least once, looking at the details, then you will easily recognize the Village in films and TV shows. 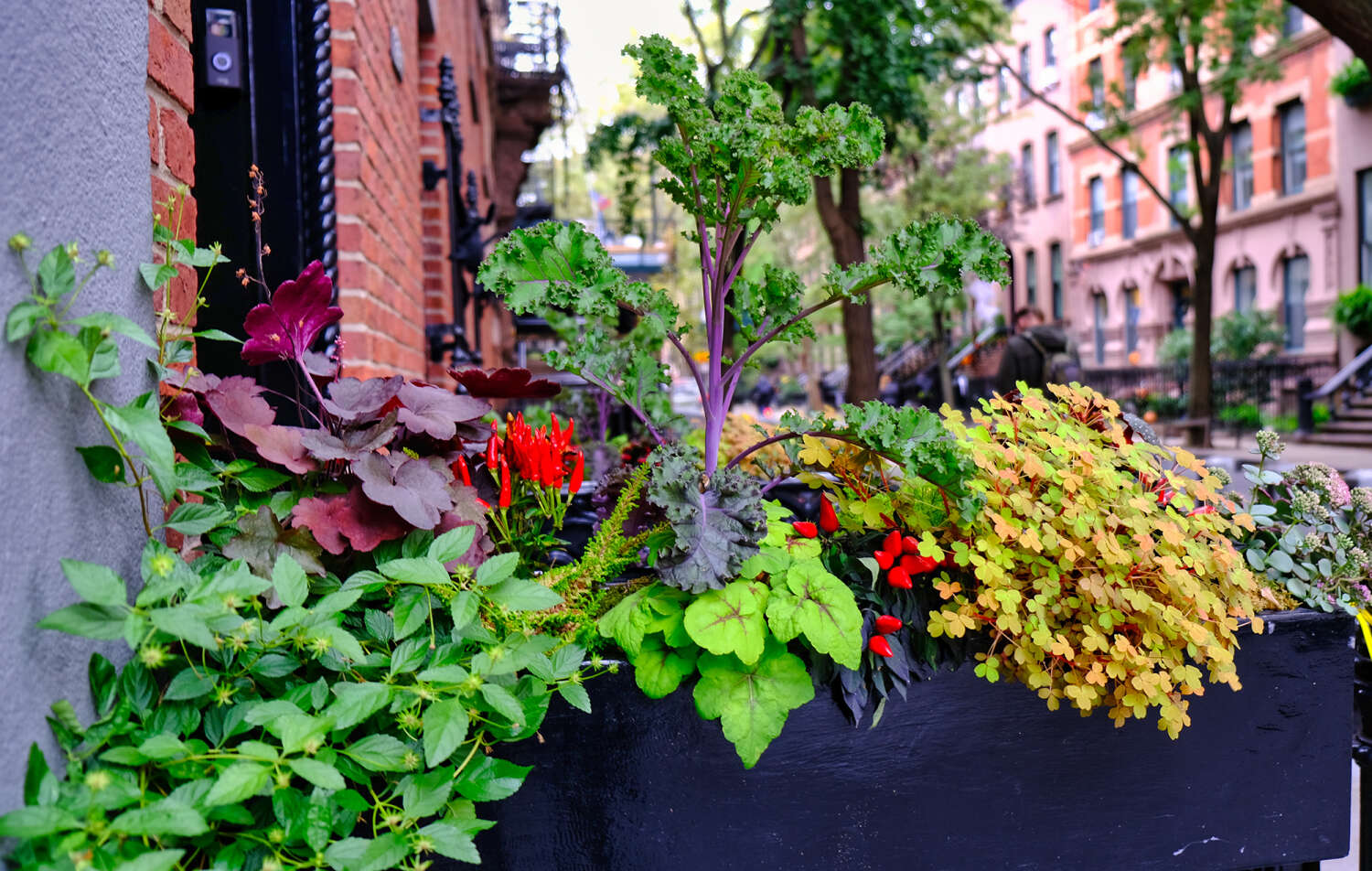 The humid climate and narrow streets prevent stones and bricks from drying out in the sun, so granite, ceramics and concrete are covered with green moss. It does not spoil the appearance of houses, but on the contrary, gives them a special charm. Residents of the neighborhood always try to beautifully decorate the entrance to the house. There is no way to make a lawn in front of the house, so a bush in a flowerpot is very appropriate and beautiful. To emphasize the taste of the owner, the door is painted in contrasting colors. 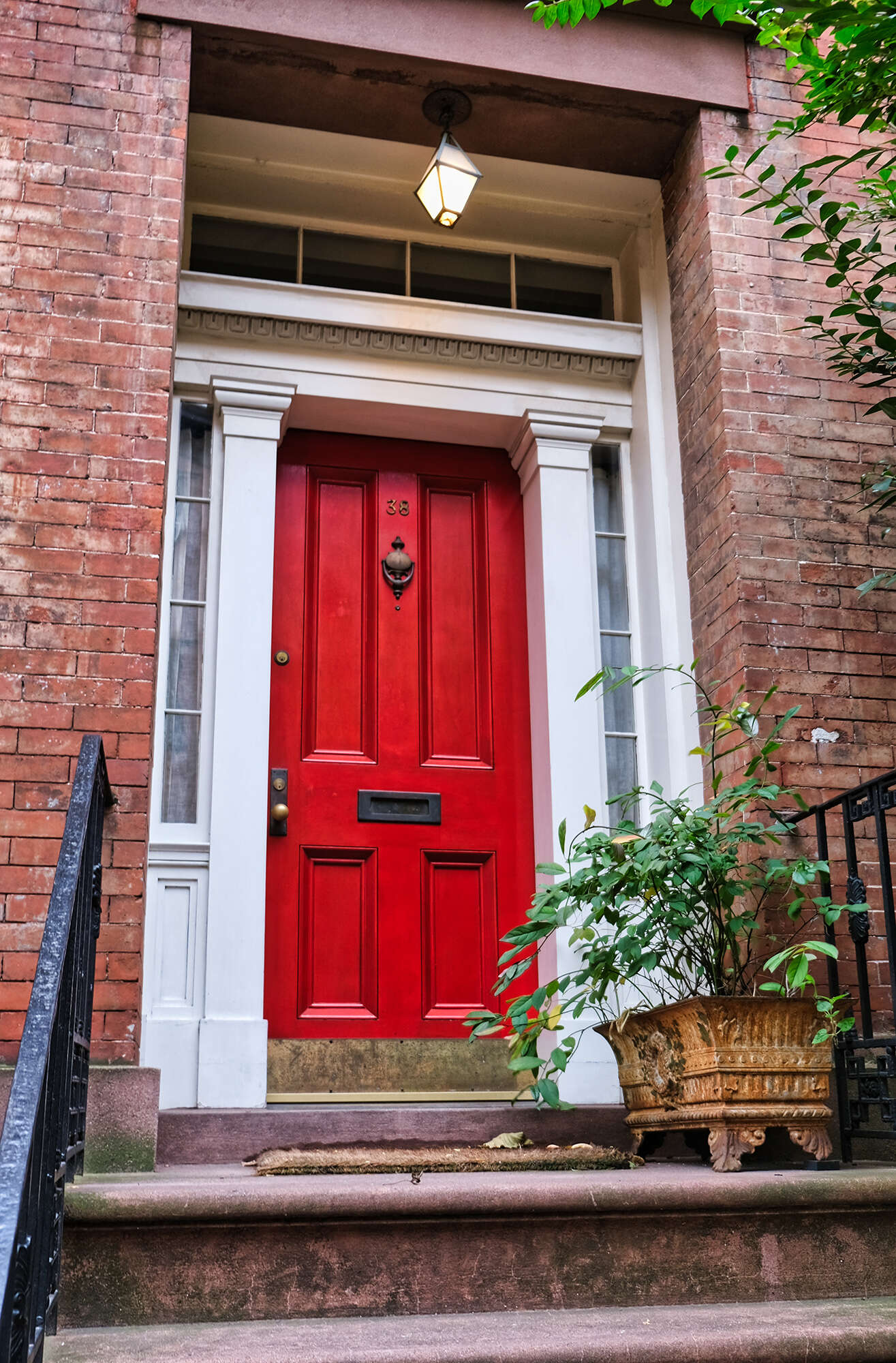 During the autumn days when the country celebrates Thanksgiving, you can see compositions using pumpkins of various varieties and colors on the porch of houses. An attentive passer-by will notice a giant beetle or a rat sitting on a pumpkin - after all, the Halloween mood is in the air!

If you like calm classic flower installations, then a walk here will undoubtedly give you great pleasure, and you will not have enough time to get your camera. It is for such impressions that people come here, because you can’t decorate an ordinary door in a high-rise building in this way. 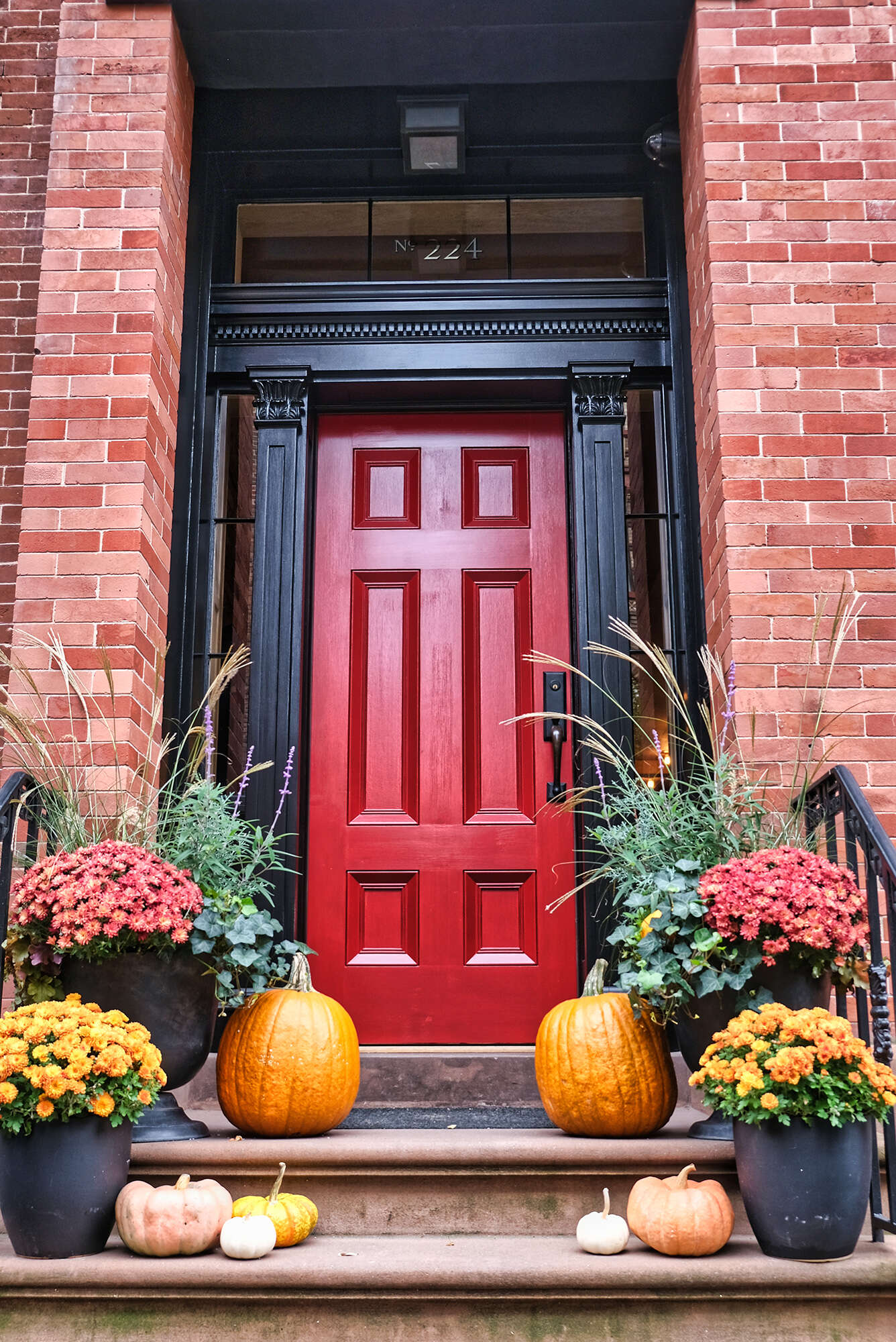 A visit to the Village is complete if you sit down at a small table in the open air and have a leisurely lunch or coffee. The list of dishes that are in harmony with the New York mood includes cheesecake with strawberries, pizza, and steak. After your meal, don't forget to add a tip to the bill: waiters in the US often earn the minimum wage, and their earnings depend on the visitor. Often, guests from Europe who do not know this fact do not leave a tip, which makes restaurant administrators deeply concerned. They may consider that the guest is dissatisfied with something, and may come up and ask the reason for the dissatisfaction. A generous tip is more than 20% of the bill, and a modest 10% is the minimum amount. Different options are usually printed on the check, so the guest only has to add a tip and pay the total amount when paying. It is customary to put a credit card in a special bill book. The waiter takes it to the terminal to withdraw the amount. This form of payment often bothers novice tourists who are worried about whether the waiters will use the card for personal purposes. But such cases practically do not occur, and if they do, the bank will return the missing amount

Despite the fact that millionaires own houses in the Village, and families whose annual income exceeds $ 160,000 a year live here, you should not assume that it is as safe here as in Hollywood films. Despite the fact that the influx of tourists has fallen sharply due to the COVID-19 pandemic, crime in the neighborhood, as well as throughout the city, has increased. Local outcasts gather in Washington Square, so try not to look straight too much on the men and women of the homeless appearance, using all kinds of drugs in front of everyone. The police have increased the number of patrols on the streets, which allows residents and visitors to feel safer. 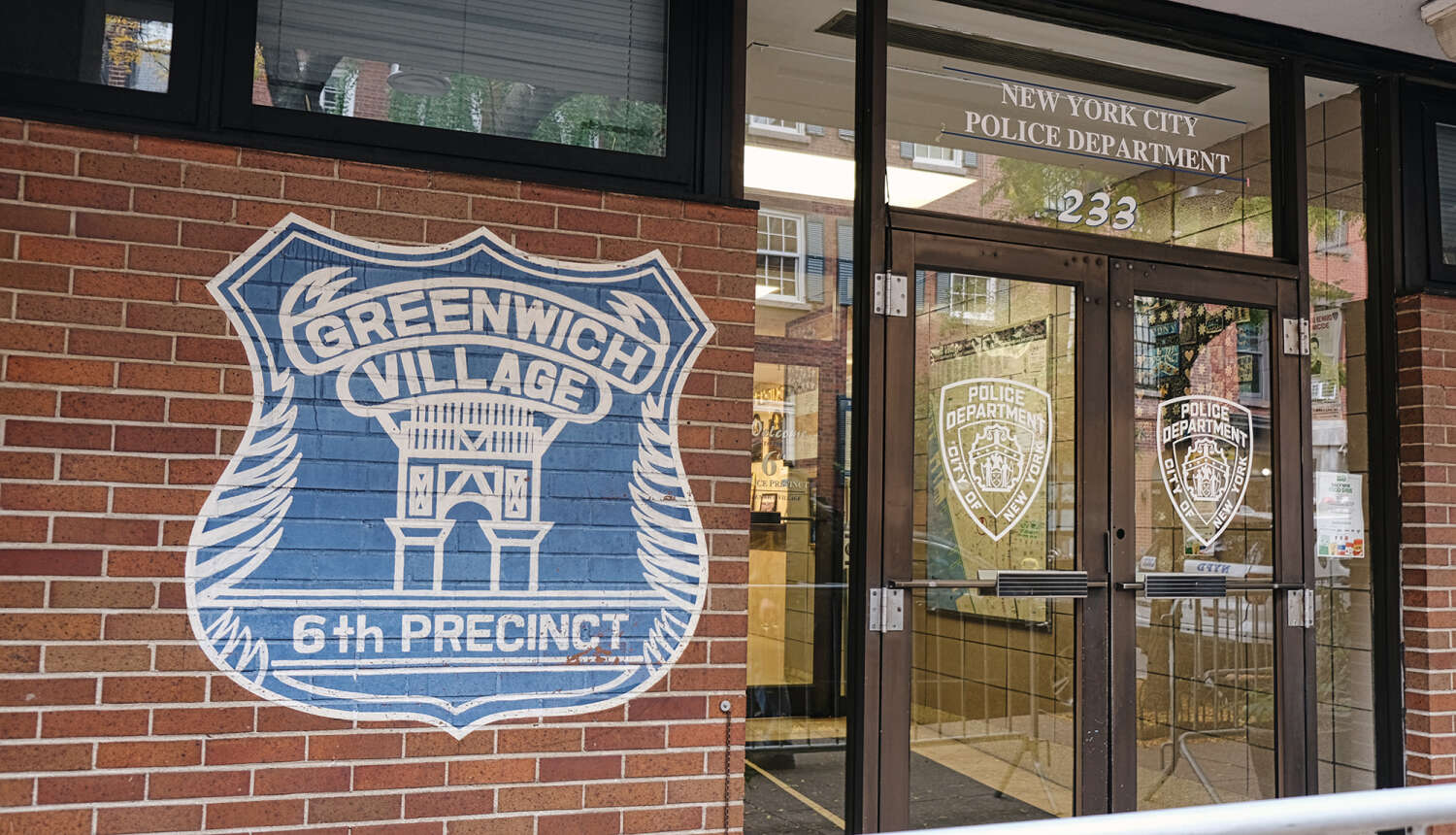 One of the highlights of the Village is the library building that adorns the intersection at 425 Americas Avenue and West 10th Street. The unique High Victorian Gothic style is eye-catching, and every tourist takes at least a few photos. 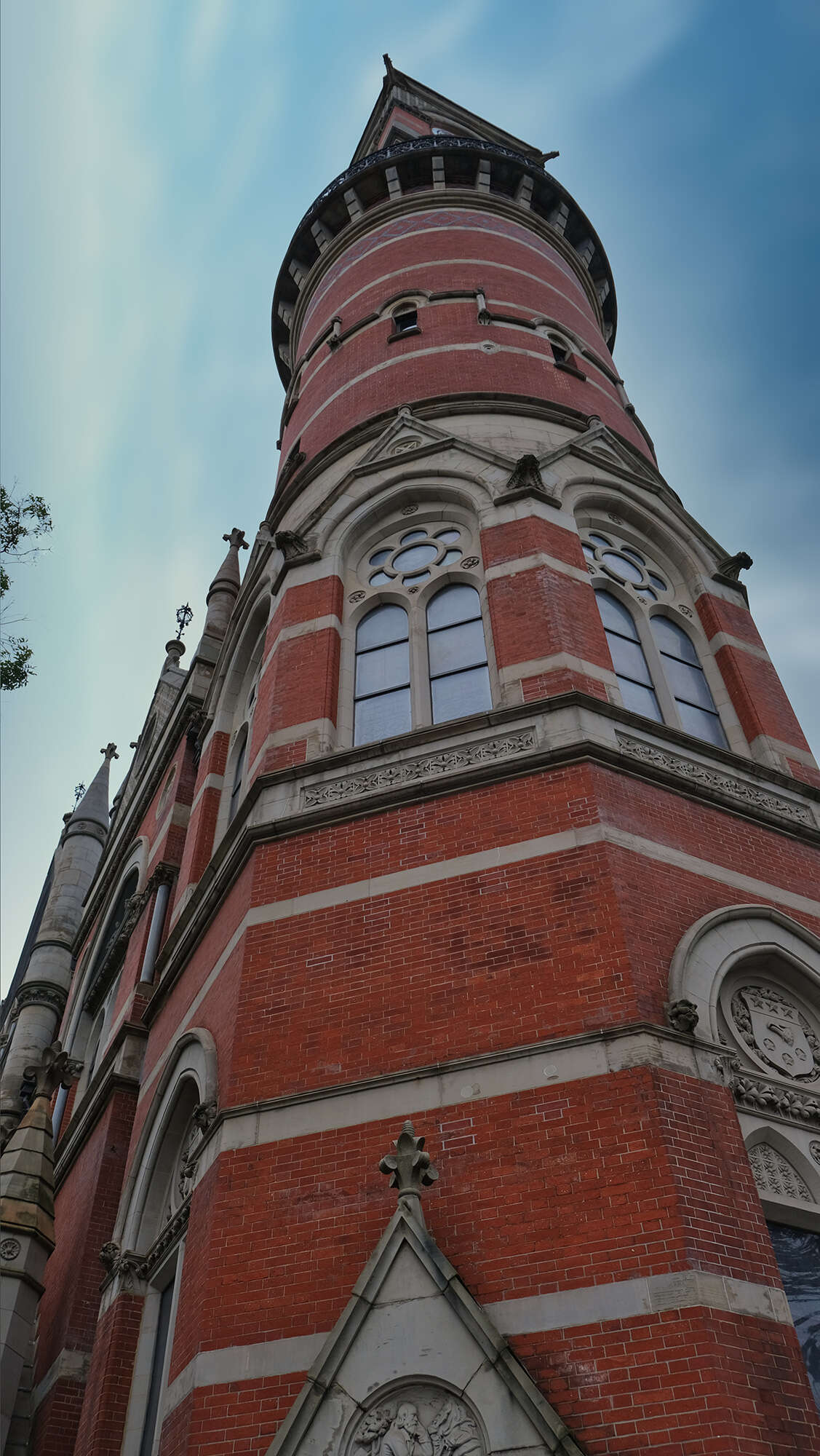 Built in 1874 for law enforcement, the courthouse was given to the public in 1959. At first, the city authorities wanted to demolish it, but the inhabitants of the city managed to preserve this pearl of architecture. In 1967, the city library was opened here. 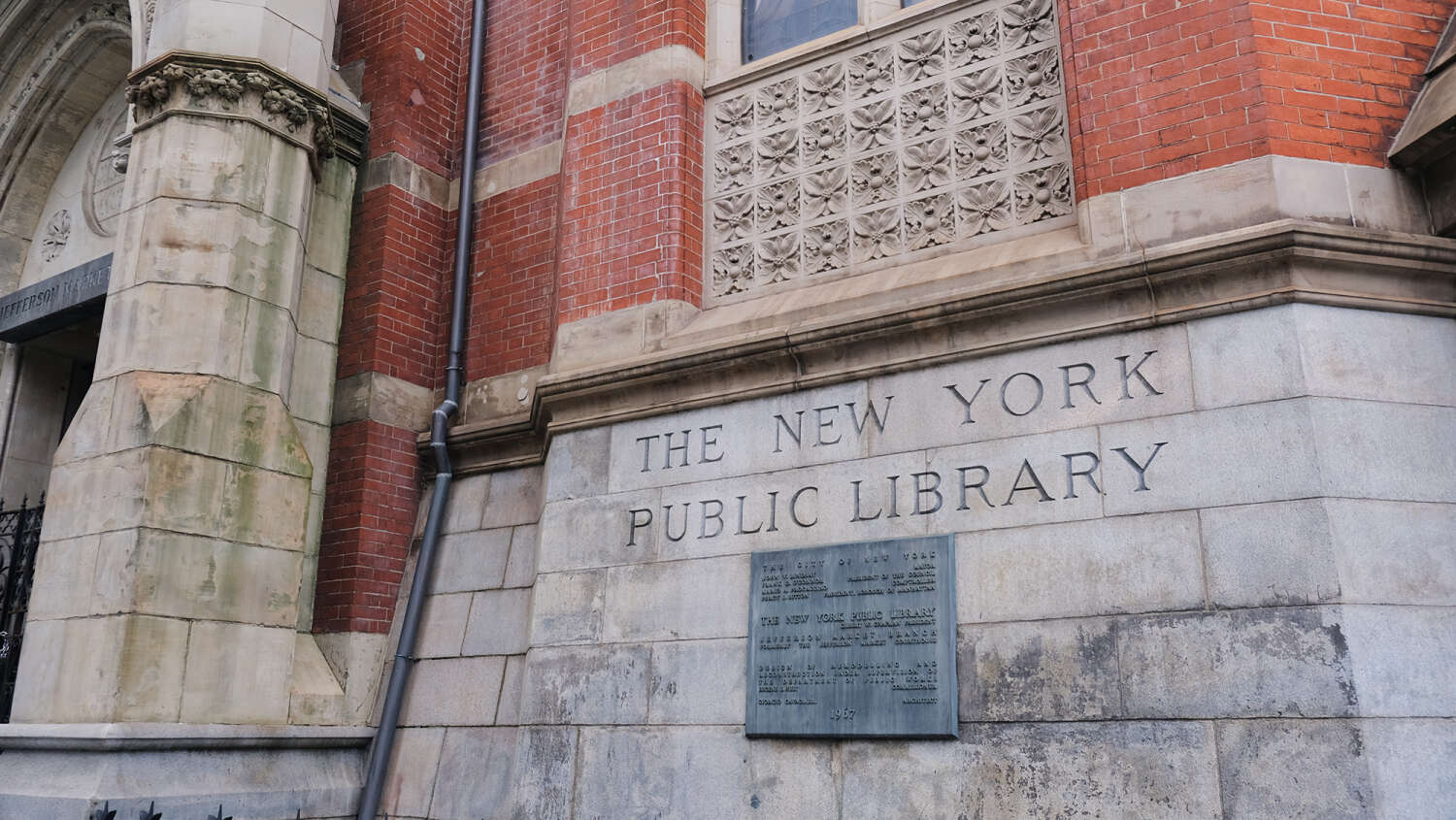 The cozy and unique neighborhood of Greenwich Village, which many have already seen in movies, is waiting for you. Here you can leisurely walk along the shady streets, admire the lovingly selected flower arrangements, and feel the spirit of life in New York. When you decide to start preparing for this unforgettable trip, Travellizy Team will be happy to help you plan your trip. 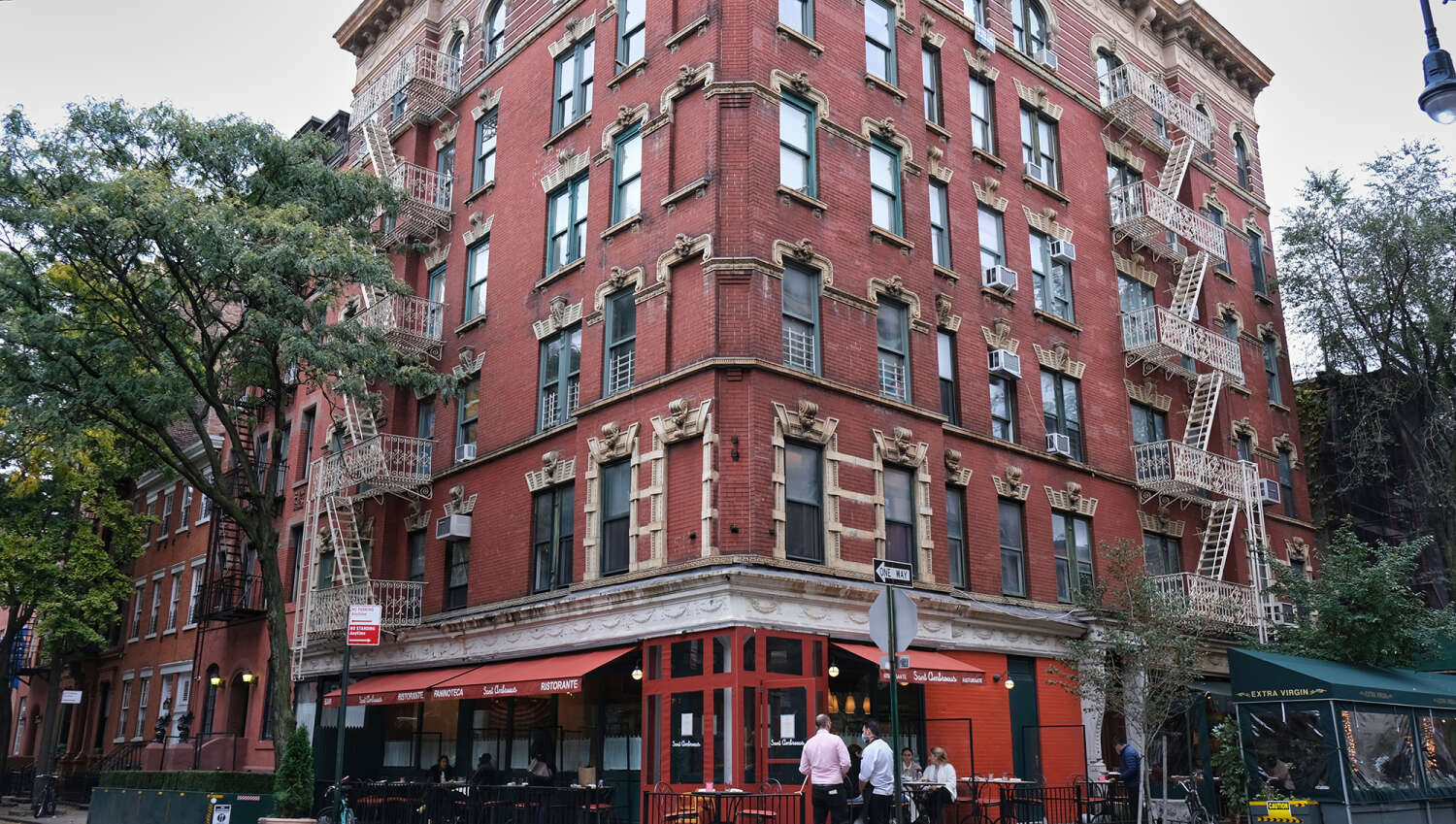 ✈️Choose flights to the USA ✈️

Read more:
➱ Traveling with a baby — madness or reality?

➱ 10 Hotels With An Incredible History