The other Side of Brussels: Notes on the Traveler’s Knee

Belgium is modestly hiding in the shadow of popular European capitals. Well, it shouldn't. Where else can you read comics on the walls, buy a shocking souvenir and try waffles, that just melt in your mouth? 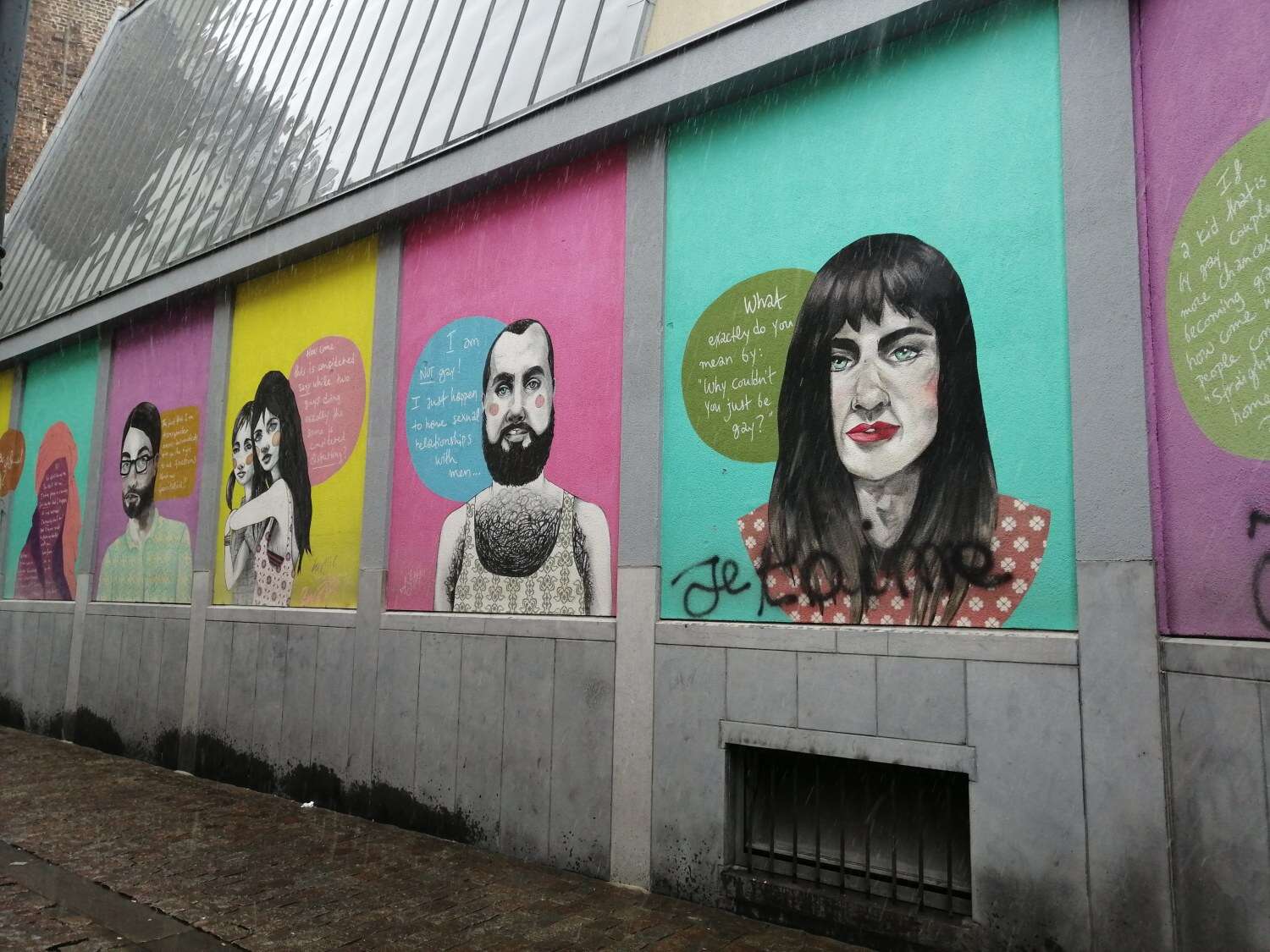 Brussels is most often referred to as the headquarters of the largest international organizations, the capital of the European Union. The fact is, that this is a mixed city, where grace is intertwined with vulgarity, and diplomacy with an almost disorderly energy. You can either fall in love with Brussels at first sight or reject it forever. But it doesn't leave anyone indifferent.

The City of Peeing Boys

In Brussels, there is a real cult of the act of managing nature's call. On the streets, you can see statues of a peeing boy, a girl and even a dog. This theme is played up in every possible way in souvenirs and advertising. 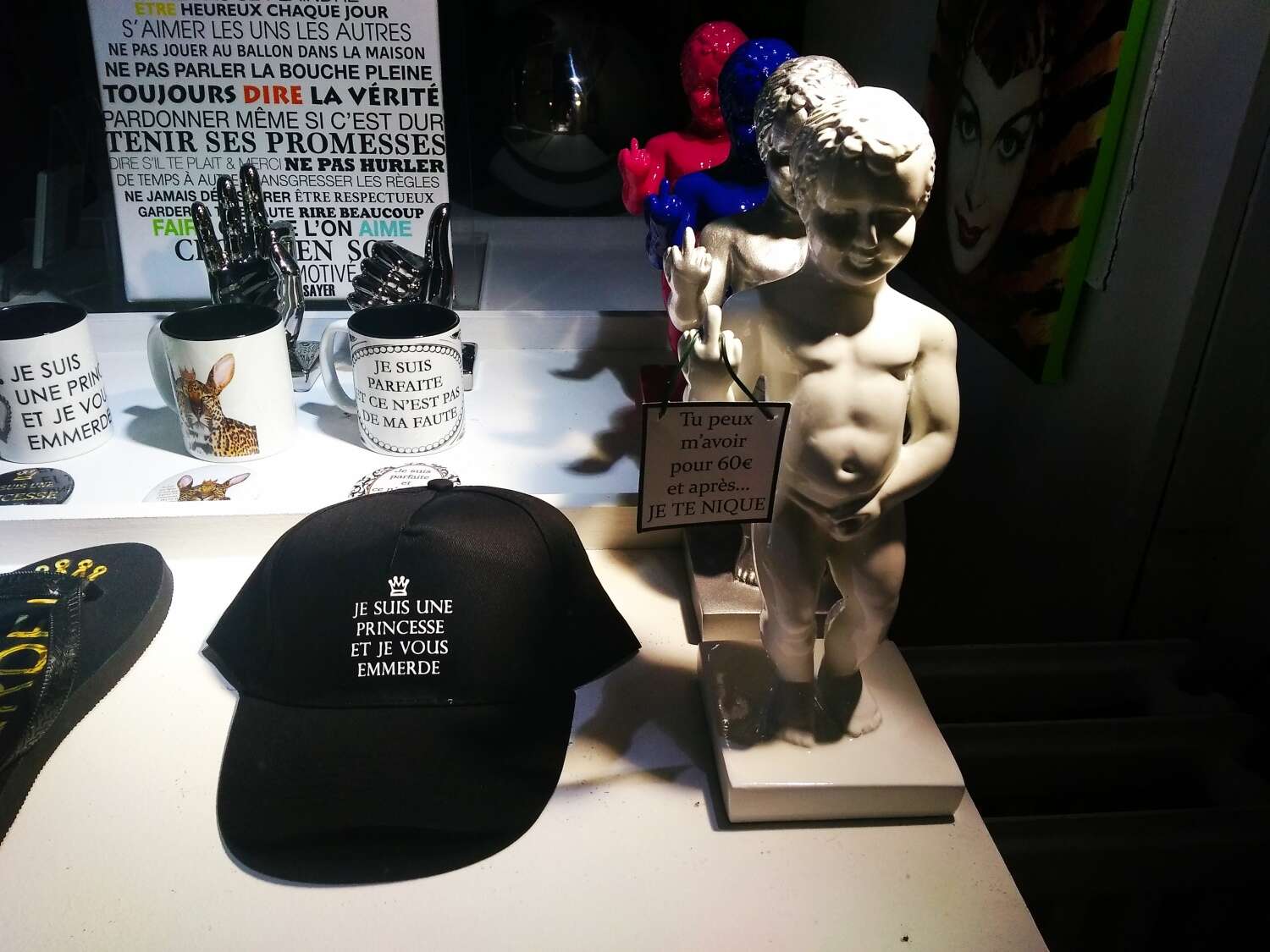 For example, local cafes place pictures of pissing potato fries in shop windows, and children's stores are flooded with postcards with Santa Clauses, which, well, you have already figured it out... are pissing. 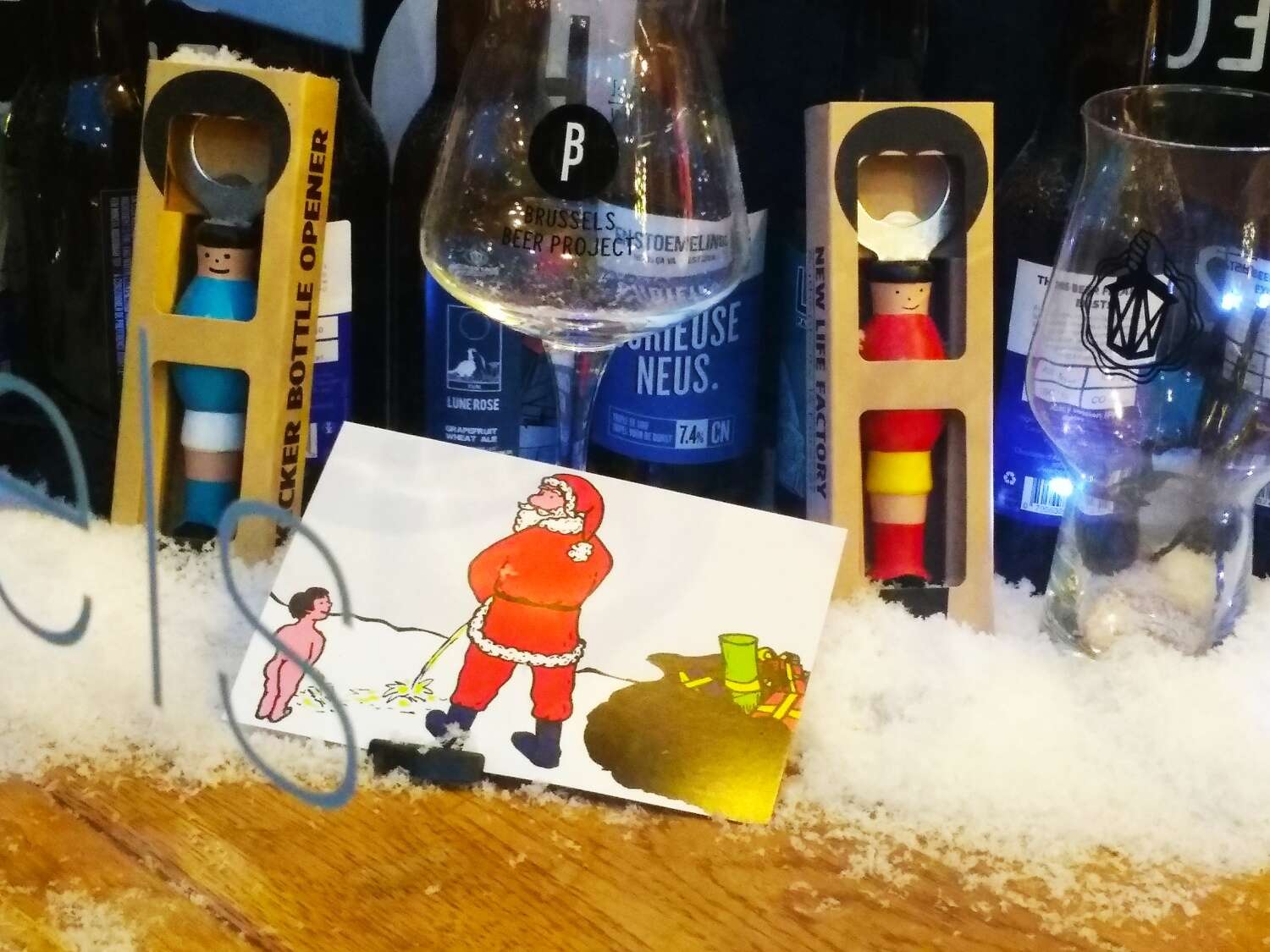 The Belgians are not shy about their piquant attractions, and they strongly support the legend. They believe, that Brussels was saved from a fire by a boy, who urinated on the fuse of an explosive and extinguished it. 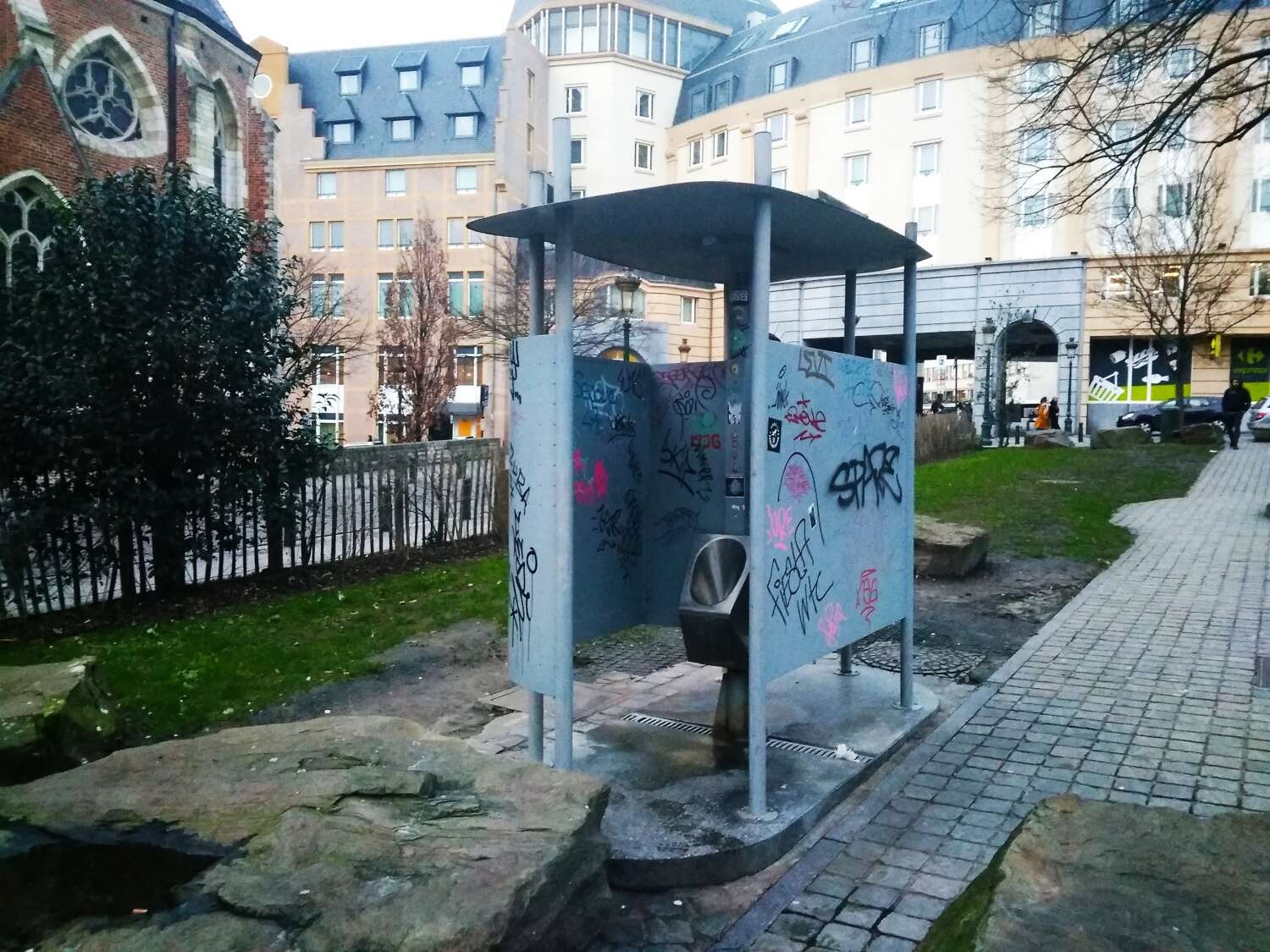 By the way, here is another fact about nature's call for the record. In the city center, you can find open street urinals. Men use them without embarrassment.

The Grand Place, One of the Most Beautiful Squares in Europe

If you started doubting, whether to go to Brussels after this national peculiarity, here is a fact in defending this amazing city. Here, you will find the square, which is considered to be the most beautiful in Europe. 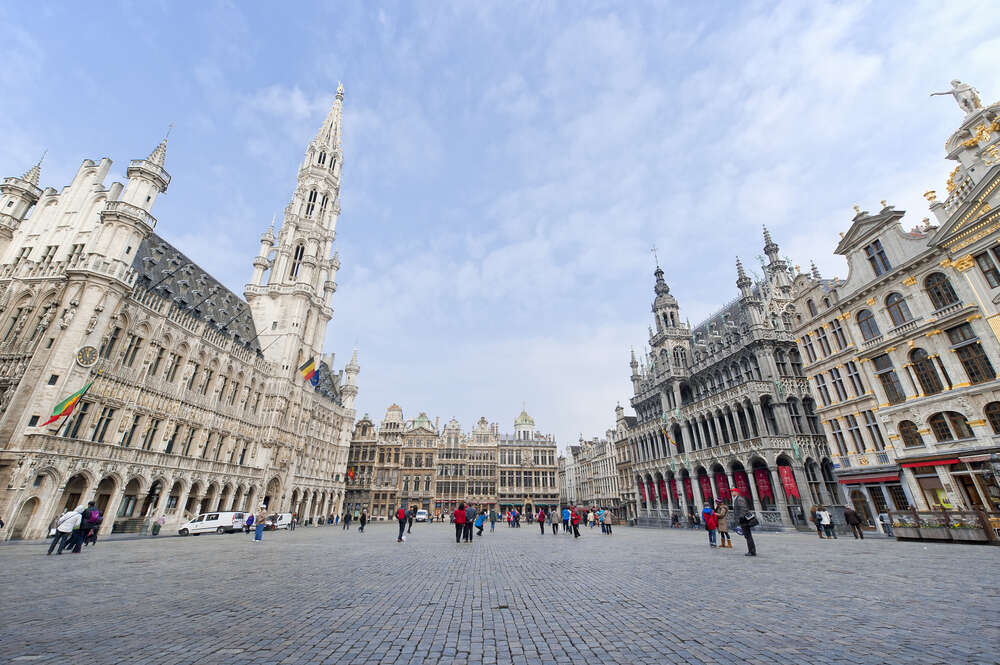 When you find yourself at the Grand-Place (the Grote Markt), you realize, that everything that you have seen before simply fades away in front of this masterpiece of true Gothic art. Every building on this square has its funny name. There is the King, the Horn, the Wolf, the Cart, the Bag, the Swan, the Fox, the Rose, the Golden Tree, the Star, and other equally strange names of the buildings. 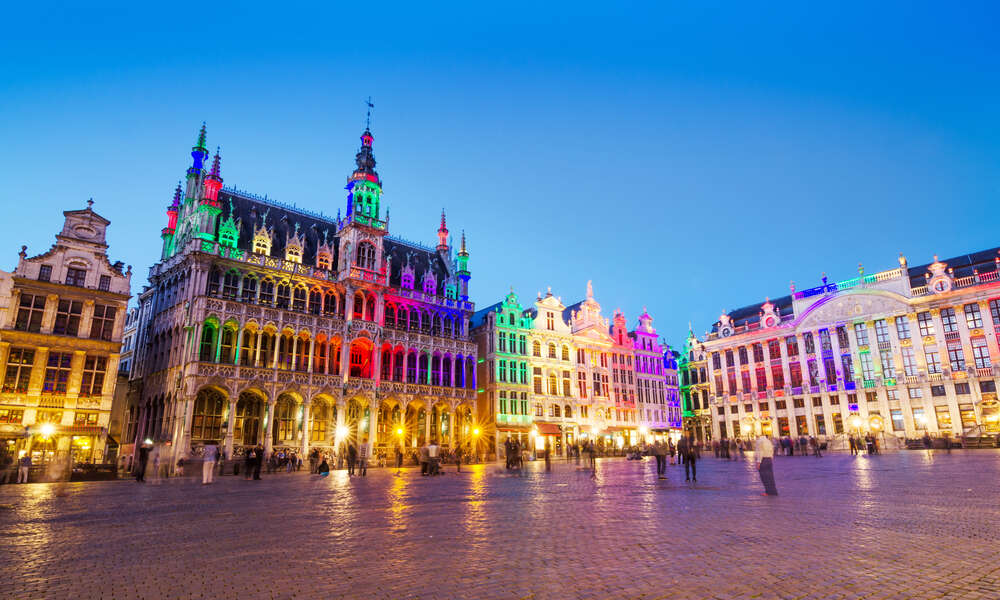 Visit the Grand Place in the afternoon and come here in the evening, when cozy lights are lit in the buildings. The Grand Place can impress you with the same power twice, - that's just about this area. By the way, every even-numbered year in August, the Grand Place is covered with a carpet of flowers.

READ ALSO What to see in Brussels in 24 hours

Brussels wakes up early. The center stops in traffic jams from expensive cars, white collars flock into the buildings. You can often meet an official in an expensive suit, who is in a big hurry for work, and he is not driving a car, but riding a rented electric scooter or bicycle. 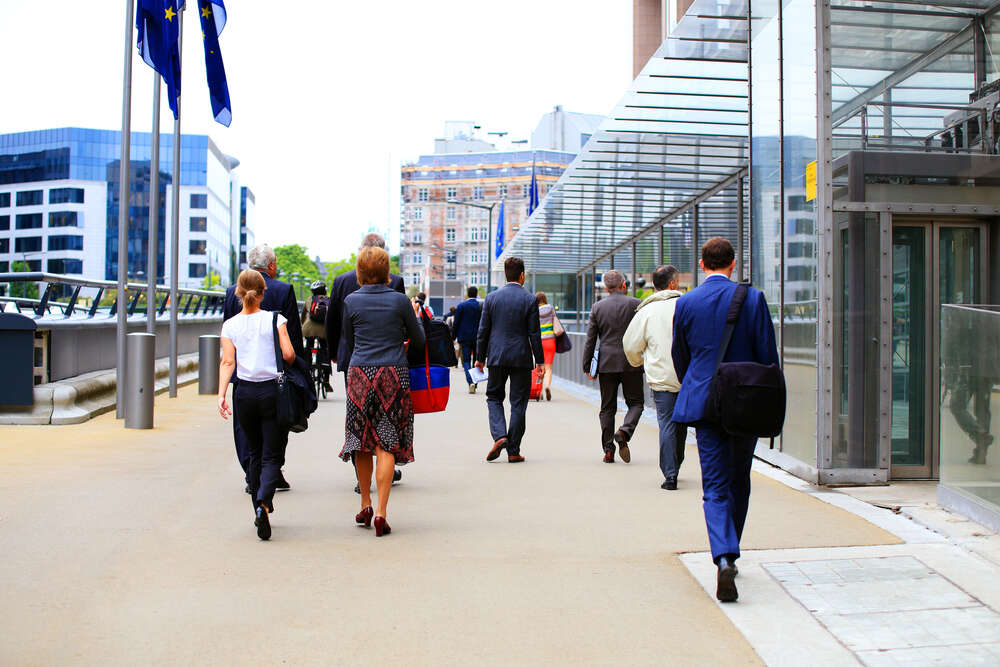 Business Brussels justifies the title of the capital of the European Union. Modern quarters of glass and concrete are a congestion of countless ministries, missions and departments. They are concerned about security here: security with a metal detector and an X-ray scanner will meet you at the entrance to each building. 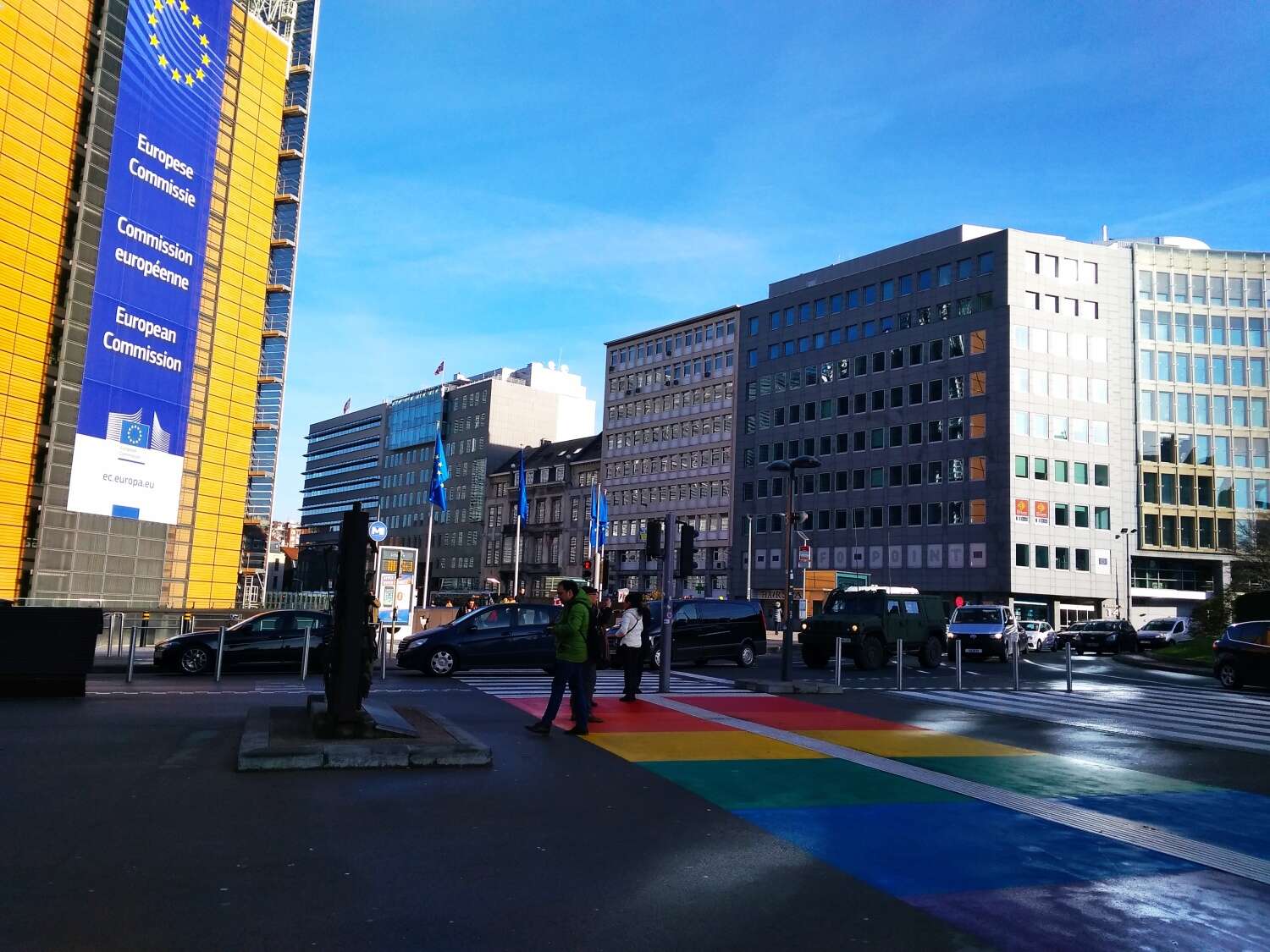 Despite all the precautions, any tourist can visit the European Parliament and even watch the session of parliamentarians from the balcony. The European Parliament building is so large, that it is not even a single building, but several structures, which are connected by tunnels, that's why employees often got lost in the first six months of work. Therefore, you need to follow the instructions of the guard, when you are inside. 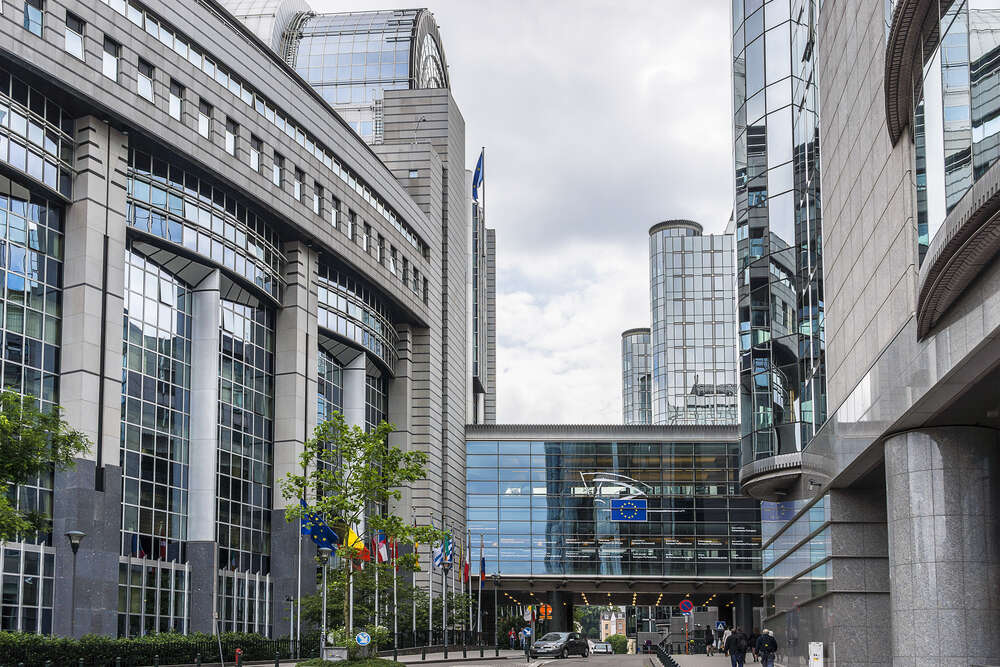 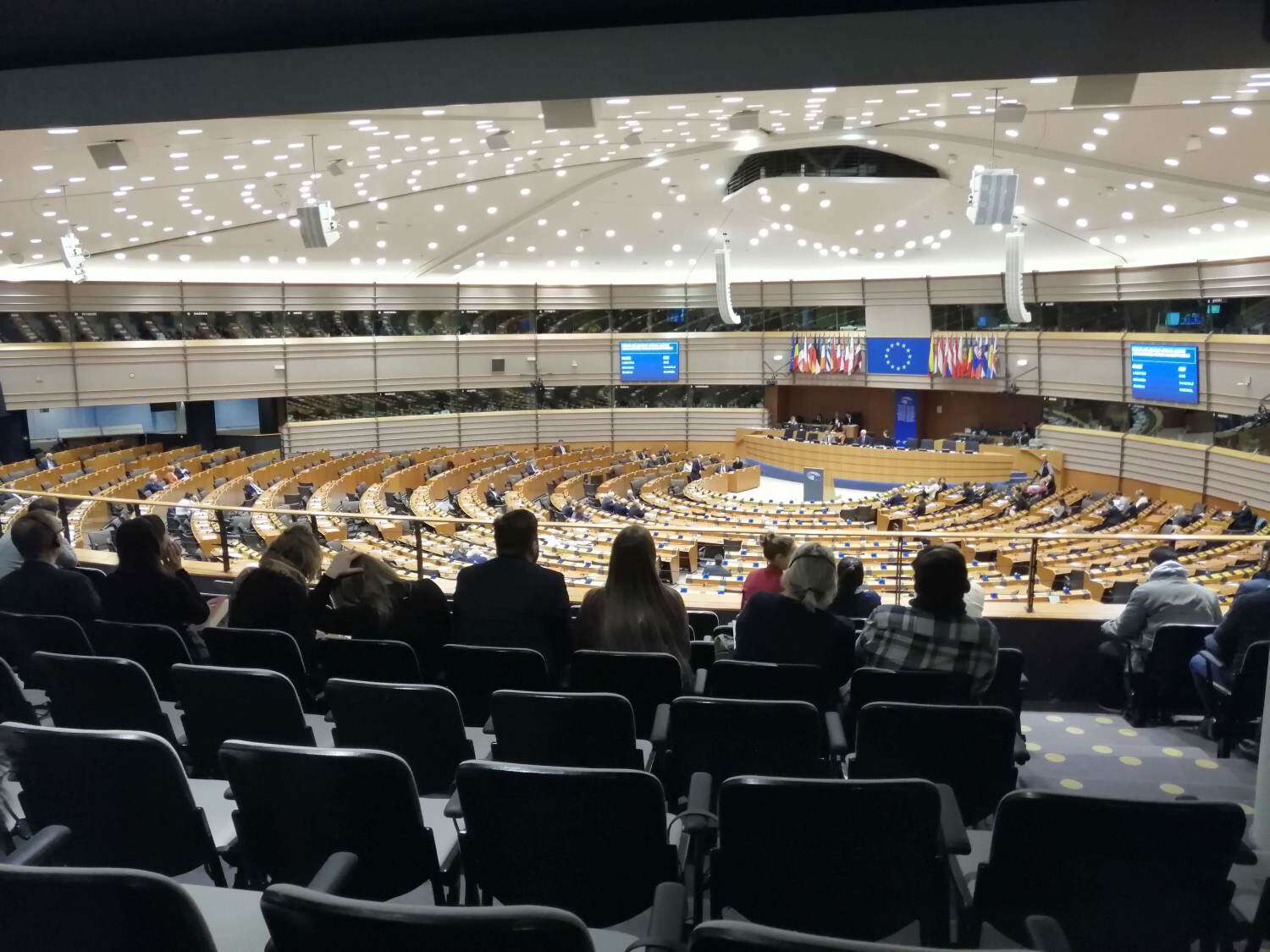 .. and Brussels at Night

In the evening, diplomatic quarters freeze, they are replaced by a frivolous, non-formal city. Suddenly, you notice, that many of the brick walls of old houses are covered with huge graffiti of popular characters from French-Belgian comics. You will meet Tintin, Smurf, Asterix, Lucky Luke, Gaston, Gil Jordan and many other characters. Thus, the authorities decided to honor the long history of the Belgian art of comics. There are more than 700 comic book authors in Brussels - more than in any other city in the world.

The paintings are placed not only in the historic center, but also in remote non-tourist areas. By the way, tours for tourists are organized along the Comic Book Route. 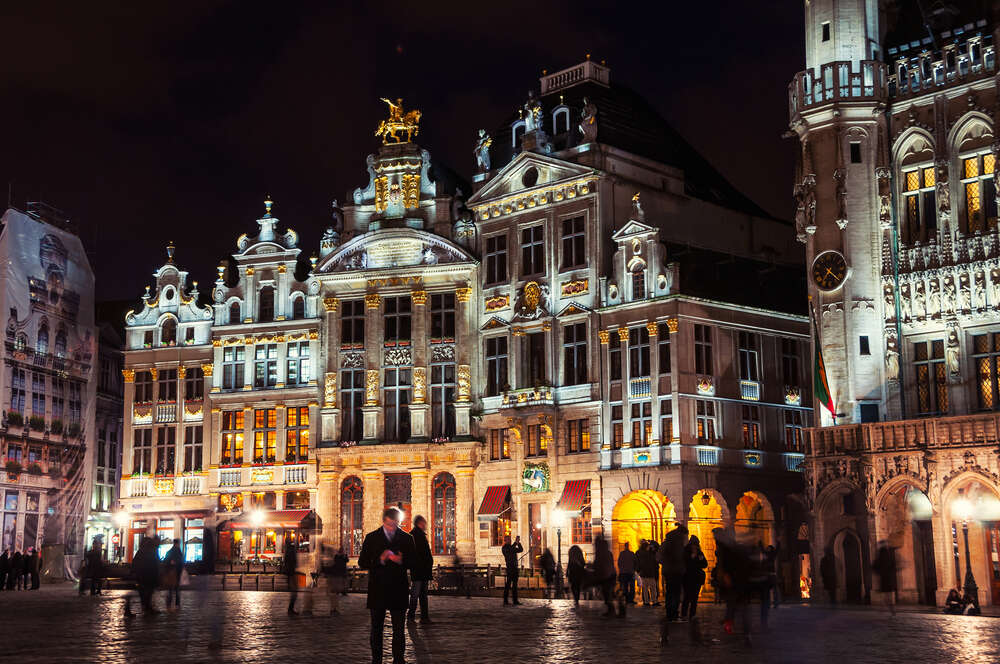 Brussels also has its own Red Light District, Rue d’Aerschot. It is very popular among curious tourists. Prostitution in Belgium is allowed from the age of 16, girls pay taxes to the treasury and win new rights at various rallies from time to time. By the way, a 15-minute session with a girl costs 50 euros. For some reason, blondes charge more for their services than brunettes.

Taking pictures in the Red Light District is forbidden; if you try to point the camera, girls will resist loudly photo shooting. But to take a stroll along the showcases is very interesting and quite safe.

Another shocking feature of Brussels is the large number of homeless people, who find a shelter in the open air. You can often see people in the city center, who get comfortable under the buildings on cardboard and sleep, covered with cellophane. This fact does not bother the police at all.

Brussels is a cluster of different nationalities and languages. Therefore, the first question the Belgian asks, when meeting new people, always sounds the same: "Where are you from?"

Much attention has been paid to the child's safety. Up to 16 years, parents are obliged to accompany children to the door of the school bus and pick them up from the bus station in time. 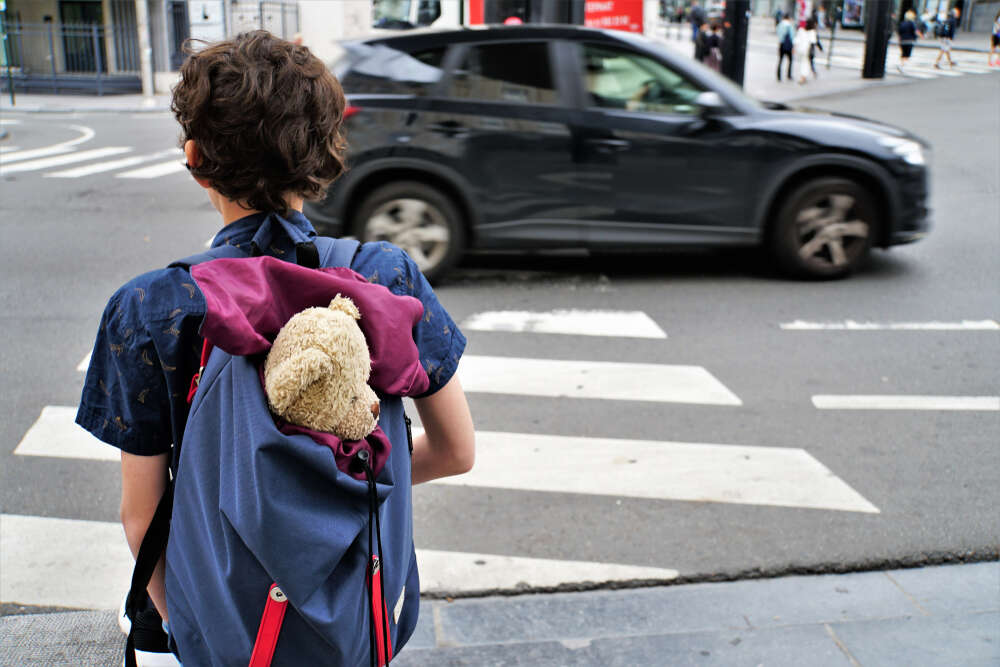 It’s quite a real story: one mother got stuck in a traffic jam and was late, that's why the child was transferred from the school bus to a social worker, and the mother was fined 500 euros. Another story, that happened once: a thief entered the house through the back door, and a 10-year-old girl was at home alone at that time, the criminal was scared by the noise and ran away. When the parents returned, they decided not to call the police, because they would have been fined for the fact, that the child was at home alone, even though for a short time.

Another curious fact: utility bills - most often, the price is fixed - make up 100 euros per month both in summer and in winter. Once a year, recalculation is done, and if the tenants save during the year, they even get some money back.

An average resident of Brussels earns 2,500 euros per month, and the salary of managers reaches 8,000 euros, while hairdressers, cooks and porters have an income of about 2,000. This is one of the highest rates in the European Union.

The  Average Cafe Bill in Brussels is 25 Euros

The most traditional Brussels dish - meatballs, sprinkled with sauce and potato fries. This portion will cost you 20 euros, and you will spend another 5 euros on a glass of beer. For a budget traveler, the amount is rather big, so many tourists resort to a little trick: in Brussels, you will stumble upon numerous free tastings at every turn. 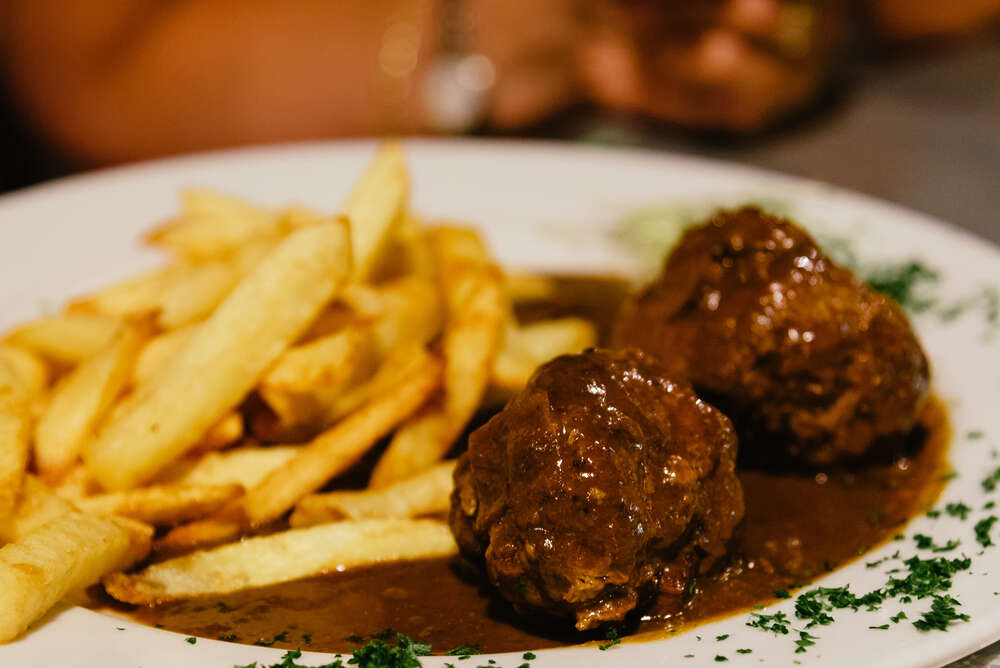 Catch another life hack, how to have a snack for a reasonable price on the street. A delicious portion of waffles with cream, fruits and powders will cost 6 euros, and the price for the classic waffles with powdered sugar is only 2.5 euros. Also, you need to buy a glass of mulled wine for 2.5 euros (believe me, they make it very well here), and enjoy contemplating the city without seriously emptying your wallet. 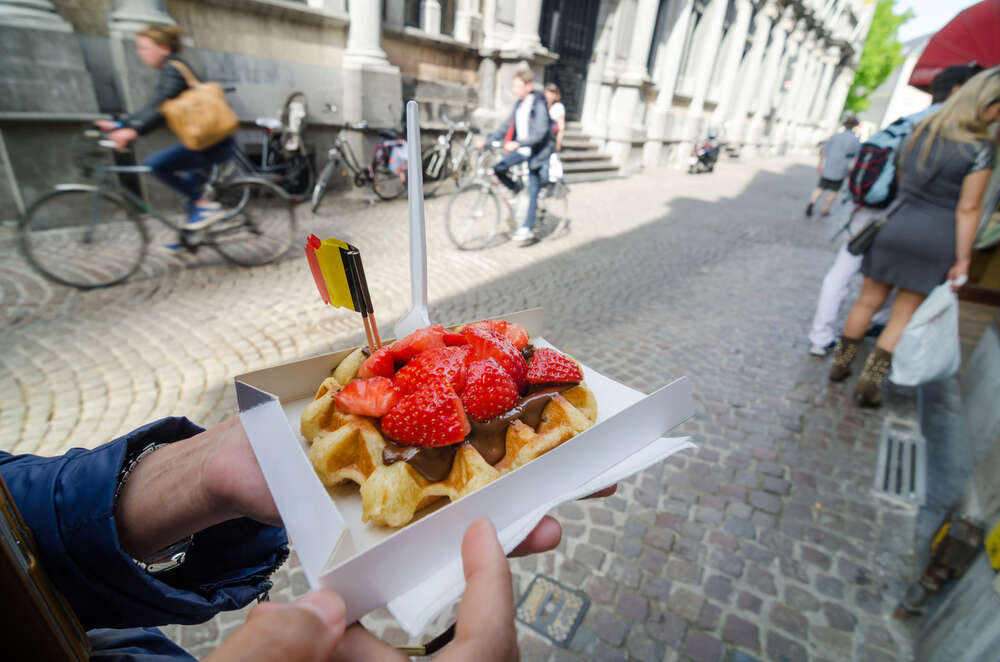 By the way, there is no street Wi-Fi in Brussels, and even offline maps are confused. You can access the Internet in any café, the waiter will give you a paper with approximately such a complex password: 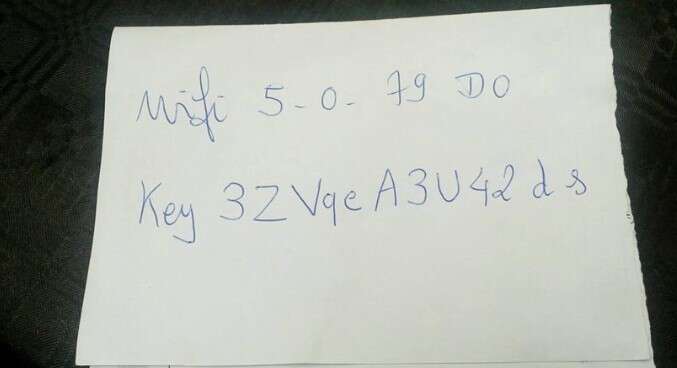 This situation is ubiquitous, and you will take it with humor in the next establishment.

A strange and contrasting city: why Brussels is worth a visit

In general, Brussels is a real mix of old sights and modern entertainment; the atmosphere of politics and diplomacy is fancy combined here with humor and a light temper of local residents. This city of contrasts is worth visiting at least once.