Catch your good luck: a selection of amazing and sometimes strange Christmas superstitions in different countries

It is an amazing time of the year. From mid-December to January, the world becomes playful and festive, and people become kinder. Each of us follows a range of our own Christmas rituals, for the New Year to be successful and happy for everyone.

What miracles do people believe in different parts of the world? Travellizy gathered the most curious traditions existing in the world.

Throw away what's old and decorate the house with horseshoes

There is still a dispute about how to hang up a horseshoe: with horns up or down. In Europe, it is hung up with horns up. The souvenir symbolizes a jar, where wealth and success are accumulated, and nothing will fall out of it. In Austria, a horseshoe with horns up means that a person must grow and seek the God's support. 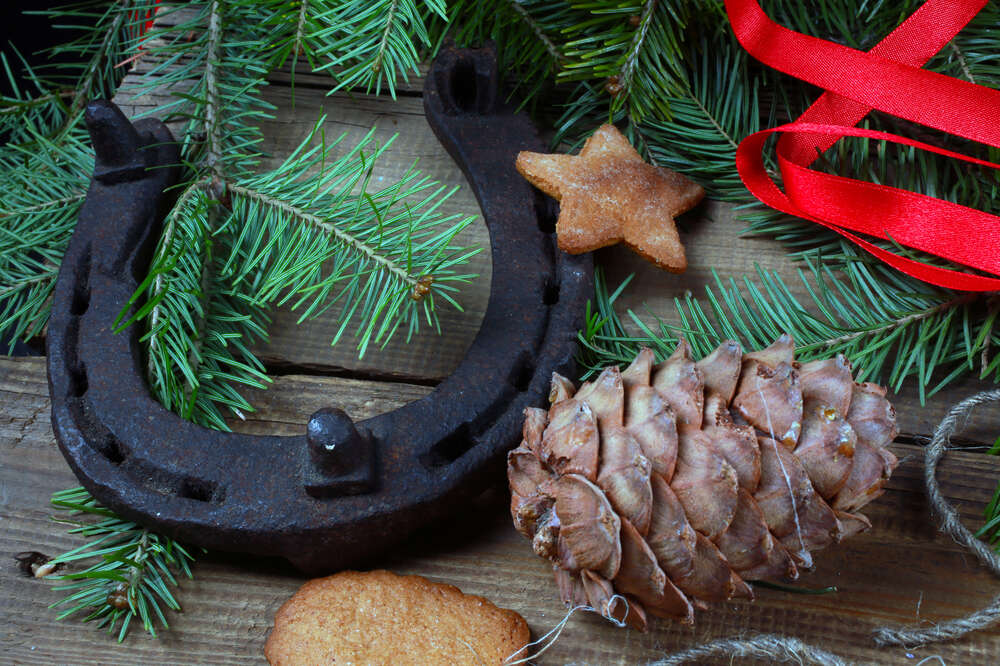 In the East, for its part, a horseshoe is hung up with horns down to protect the house from evil forces and bring happiness. And in Tajikistan, they are even sure, that the house, where the horseshoe is kept, will not be harmed by witches and wizards. 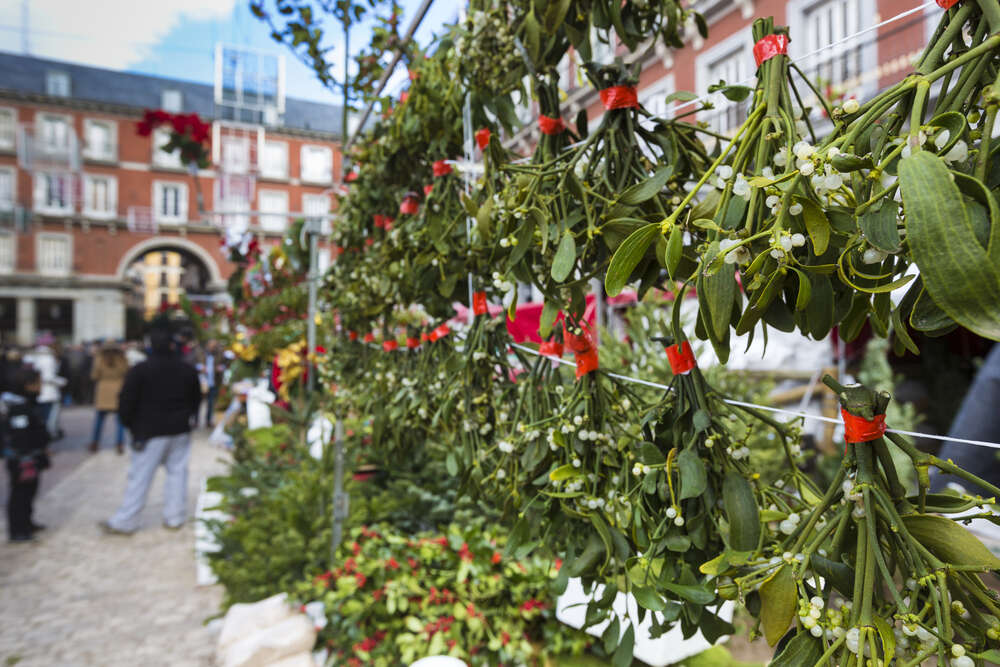 In Germany, homes are decorated with evergreen mistletoe. It is believed that this plant has mystical properties, as well as the power to ward off evil spirits. This tradition is accompanied by another one - a playful one. The Germans, believe that kissing under the mistletoe will bring eternal love to the couple. And in England, even family units are created under the Christmas mistletoe. Before every kiss, a berry is plucked from the mistletoe, and this action continues until there is nothing left. 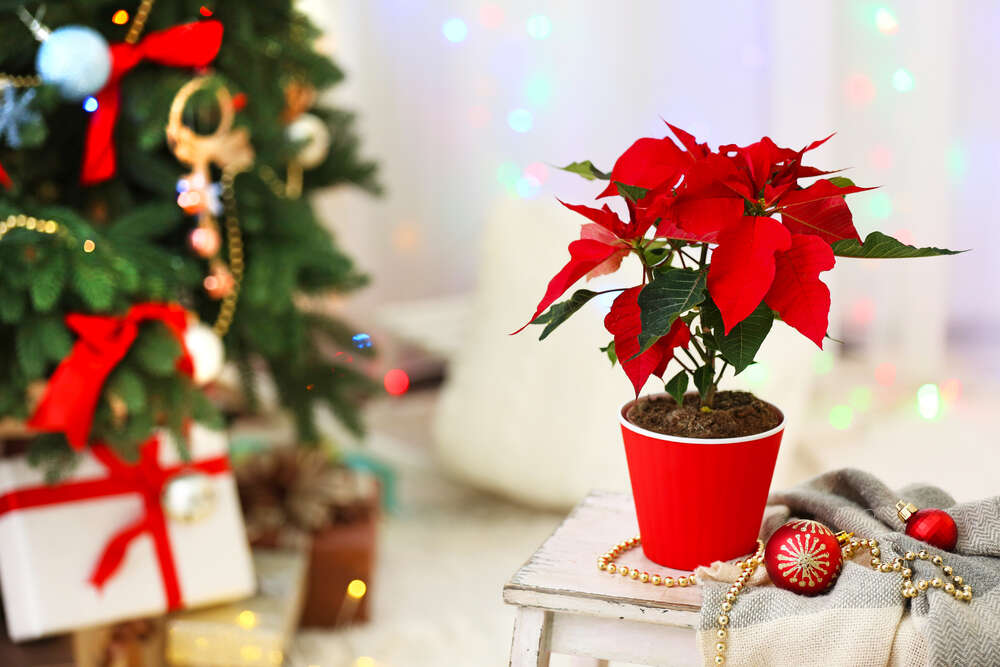 In Italy, houses are decorated with poinsettia, a plant with bright red leaves. It is also called Bethlehem star, it looks very spectacular in the interior. But what you need to get rid of in the Old Year is the decrepit furniture and belongings. A few minutes before the end of the year, Italians throw out old stuff of the windows. It is a perfect way to get rid of negativity. However, the Italians have become thriftier recently, that's why it's highly unlikely that someone’s clothes fall down on you out of the windows. In Italy, it is also customary to clean up the house before the New Year.

Have a word with a log and meet a chimney sweep

Once upon a time, Santa Claus flew over the city and dropped several gold coins. They rolled into the chimney and landed in a sock, which was being dried over the fireplace. Since then, people hang up bright stockings by the fireplace with expectation, that there will be a gift. Especially children like to keep this tradition. 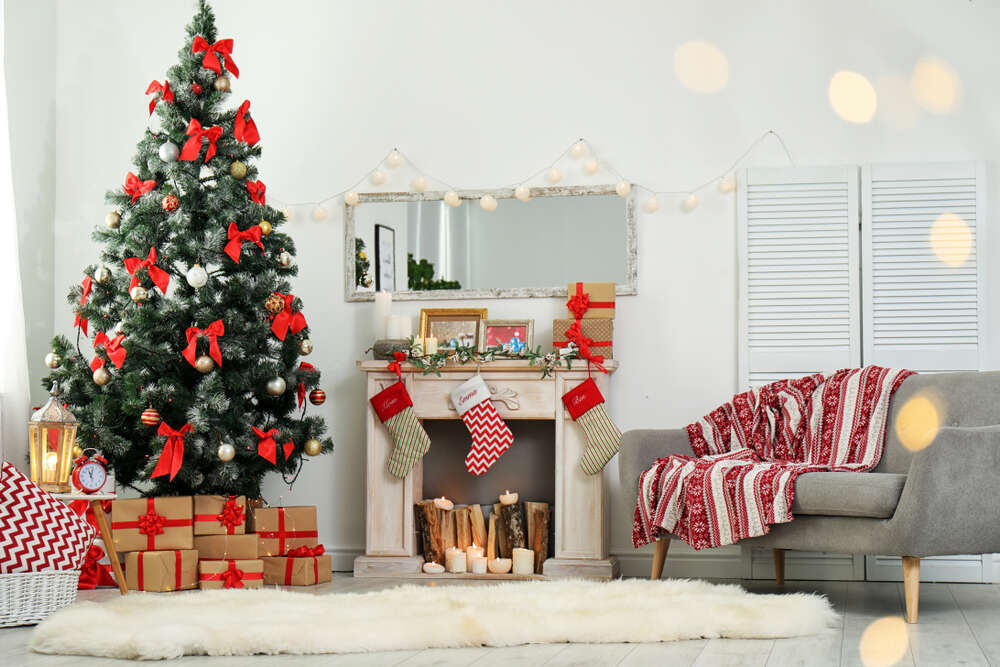 In Estonia, they look out a chimney sweep on the streets on New Year's Eve - with classic tools: a rope with a weight and a wire brush. By the way, the soot-stained chimney sweep statuette is extremely popular as a souvenir in Estonia.

In England, on Christmas Eve, a landlord has brought a huge log into the house since ancient times. People talked to it like a person, poured it with wine and honey. The log was put into the fireplace and they set fire to it. It was supposed to smoulder for two weeks, then the ash was considered as healing and it protected the family from all evil. The area surrounding the house was sprinkled with ashes and they wore it in a bag around the heart. Nowadays, this tradition has adapted to modern realities. In England, Yule Log Cake is baked, and in Italy, a thick festive candle is lit. 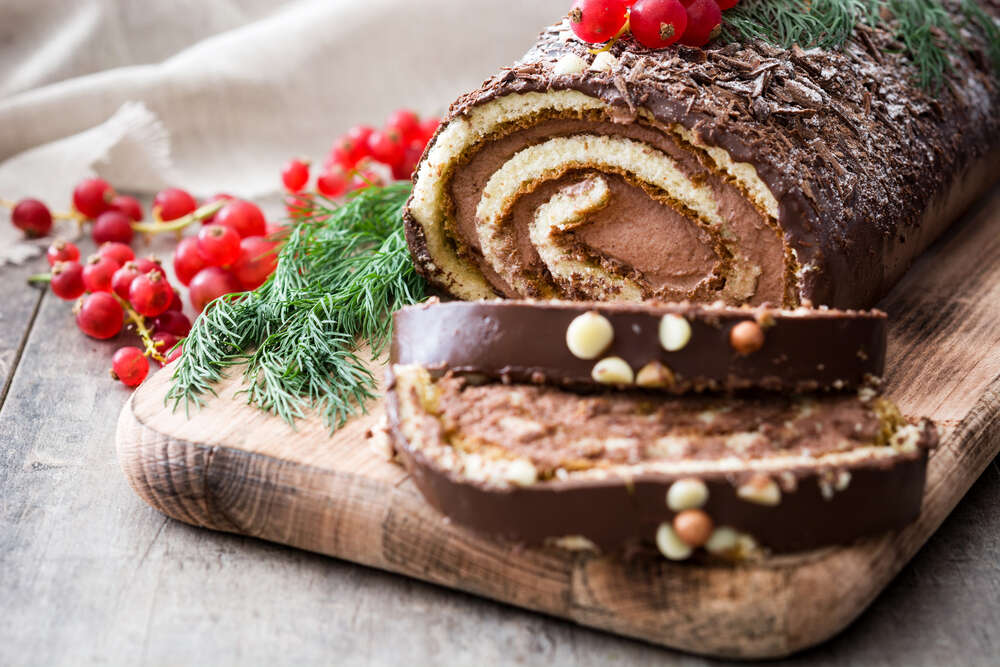 Take a bath and put on new clothes

In Finland, on Christmas Eve, they go to a bathhouse. They believe that purification heals from diseases and helps to get hot as well, for the inner flame to give power for the next year.

In Russia, they dress up in new expensive clothes, to wear new clothes for a whole year. The Russian doesn't lend money and pays all his debts before the New Year. On New Year's Eve, they don't go to bed in order not to sleep through the whole year. 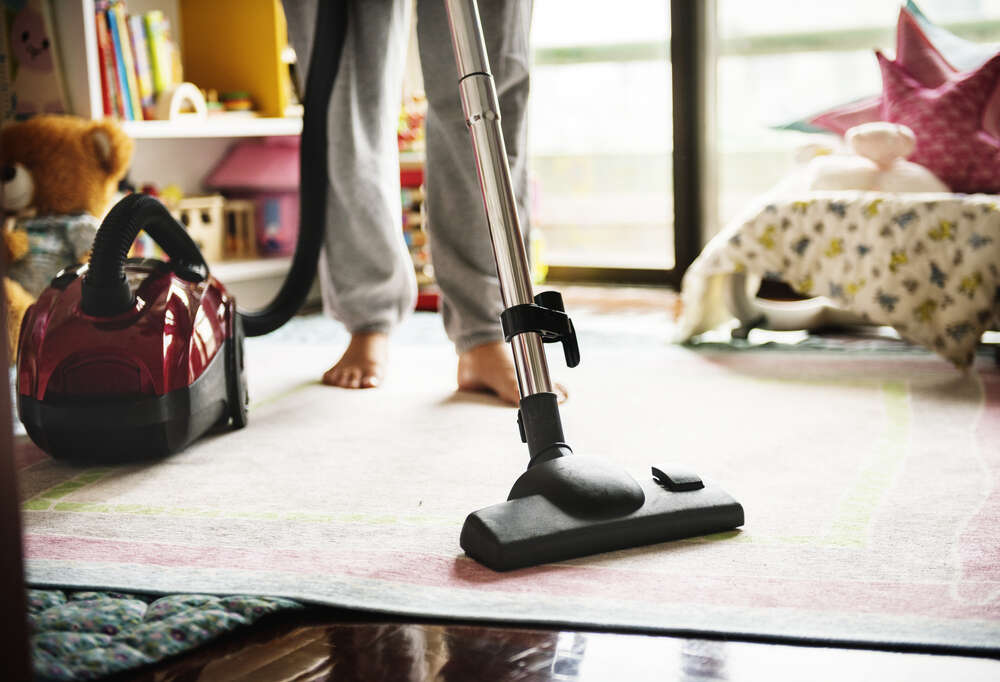 In Ukraine, it is customary to do a "spring cleaning" of the entire house, they get rid of chipped dishes and wash all the windows.

In Armenia, the old dishes are broken into small pieces to make sure that nothing bad happens again.

Avoid crayfish on the festive table

In Austria, eating crayfish or lobsters at the Christmas table is considered to be bad luck - because they move backwards, and it is unacceptable in the New Year.

In Italy, 12 grapes are eaten with bells on; people who eat them in time will be lucky all year. 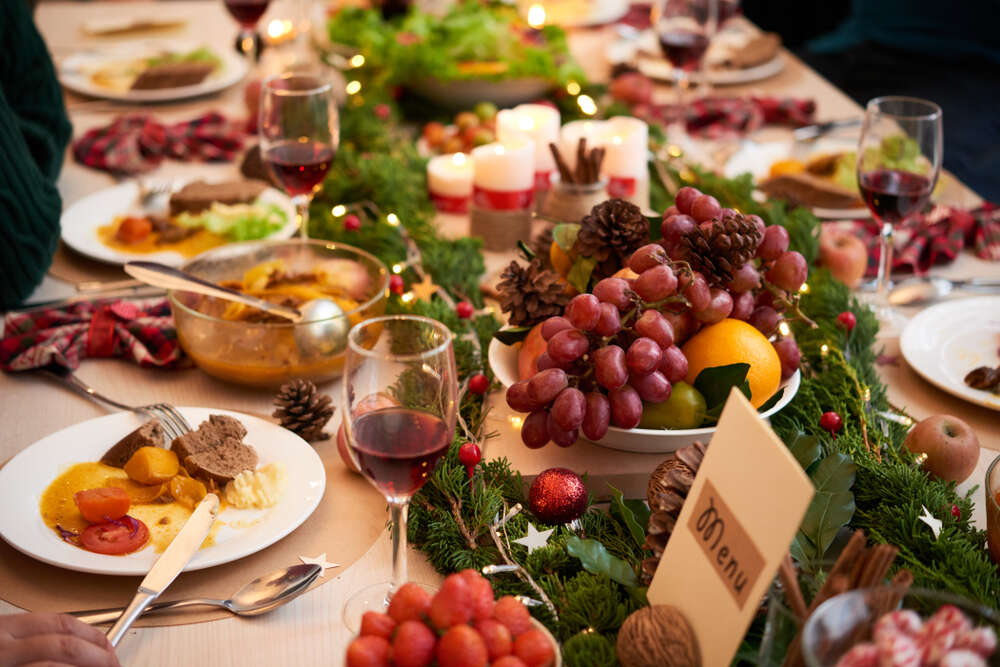 In Spain, after the last stroke of midnight, the light is turned off, and all guests share kisses.

In Latvia, boiled peas with grilled meat are served. The dish must be eaten completely so that this year’s tears do not spread to the next year. In Latvia, baked carp with large scales is also served - it is customary to put them into the wallet, so the money can be always there.

And in Armenia, before starting the main courses, some honey is eaten up for nobody knows the grief in the future.

In the USA, Christmas is celebrated at the parents' home with the whole family. They say a prayer, eat a piece of bread, drink red wine, and only then start a festive dinner, where a stuffed turkey is definitely served.

In Belarus, when the clock chimes midnight, you need to write down your wish on a piece of paper and burn it immediately. And this, you have to admit, is not so easy to do!

In Romania, coins are baked in a Christmas cake. In Moldova, when guests come to someone's house, they scatter corn grains. In Armenia, they scatter nuts, in Ukraine - wheat, and in Estonia - peas. It is believed to bring happiness. 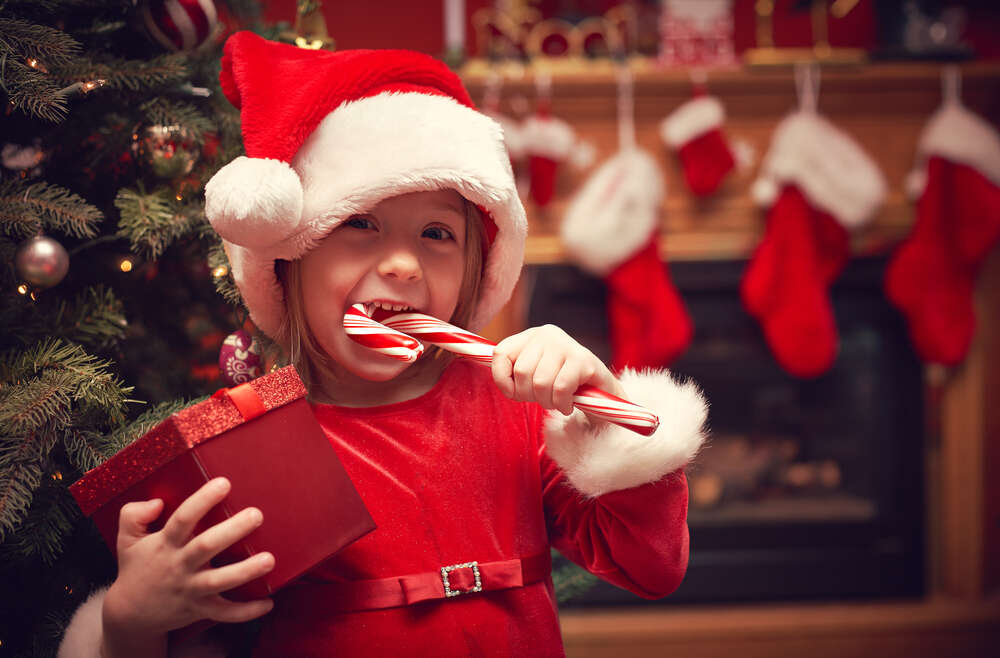 In Europe, candy cane caramels in the shape of a J are presented to children for Christmas. This sweet symbolizes the first letter of the name of Jesus.

In Georgia, they are confident that the events of the first day of a New Year will affect the whole next year. Therefore, they always try to spend this day in a calm and joyful atmosphere, within the family.

On January 1, the Italians don't forget to put a coin into their pockets before going out. It is a superstition for having money.