Paris for Free. How to Enjoy the French Capital without Spending a Lot of Money

If you go to Paris in business class, stop at Le Meurice and book a table in Le Cinq, don't waste your time on this article. We advise everyone else to take five minutes now for saving money later, and not to remain deprived of impressions in one of the most expensive cities in the world.

Travellizy advises how to see Paris and not die, as soon as you see prices. 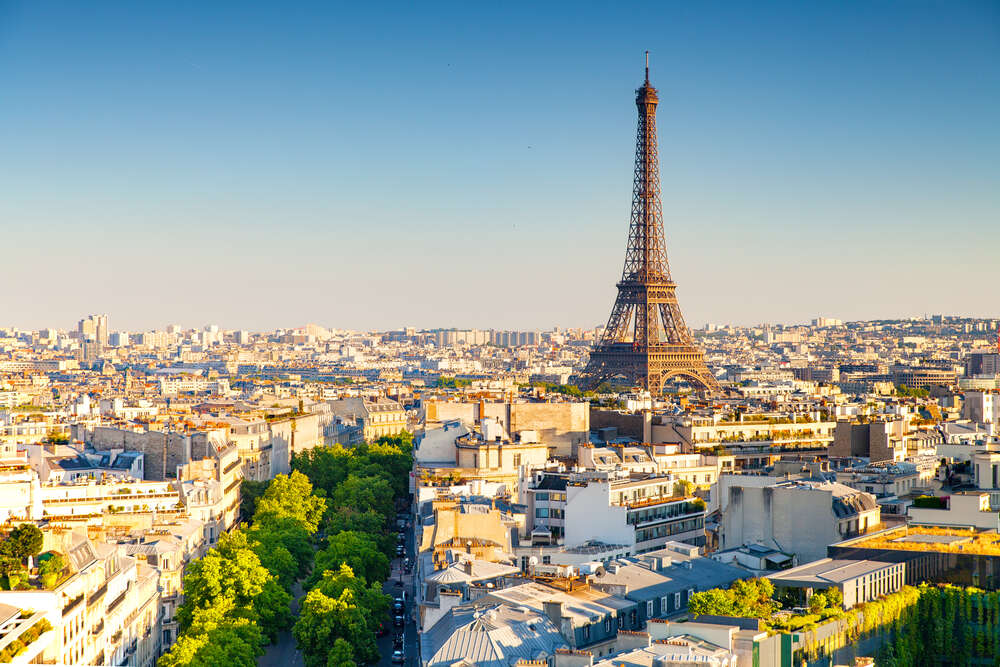 The first thing we can advise to save: do not buy travel discount cards like CityCard or MuseumCard. We are glad to explain you why. A 5-day-card costs 205 euros per person. It includes transportation, free admission to some museums and a waterbus trip. The card gives discounts on visits of 60 museums. Are you sure, that six days are enough to see at least a third of them? We assure, that in addition to the Louvre, Musée d'Orsay and Musée de l'Orangerie, you are unlikely to see anything else. 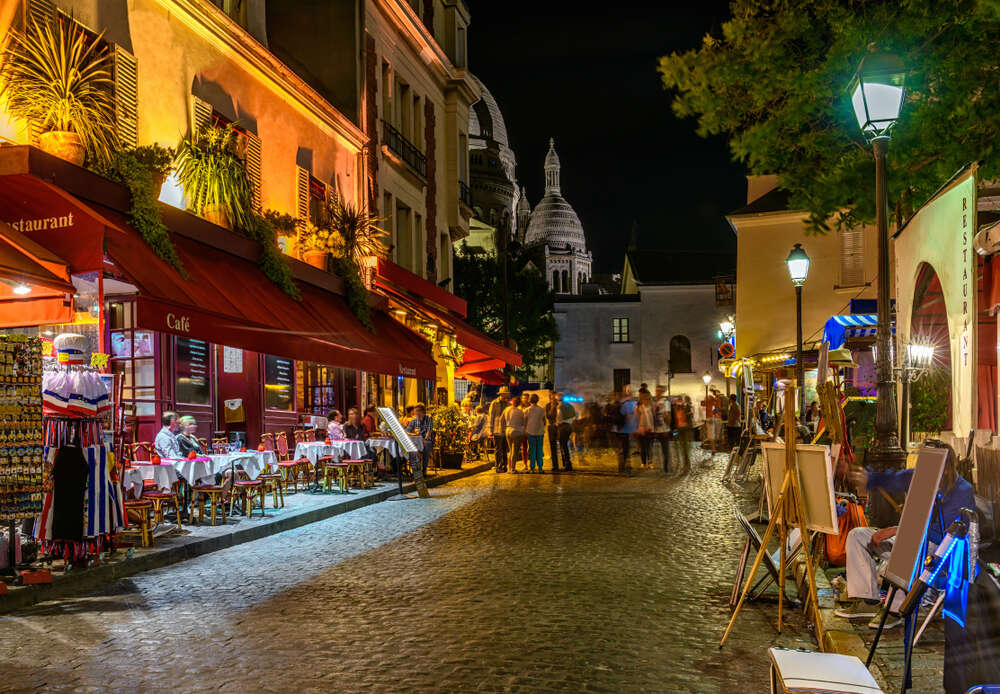 To be honest, just the Louvre can take a few days. These cards are good only if you go in the peak of the tourist season, then you can skip the queue. Well, not really skip it... More often, your queue will be just smaller. Now compare the cost of a tourist pass with the cost of a regular Navigo Transport Card - 23 euro per week, add the cost of visiting three to four museums, let it be another 100 euros, and you will see that savings on the card are imaginary. Therefore, think carefully and don't be tempted to see everything at once. Believe me, Paris does not like fuss. This is a city that needs to be enjoyed and embraced. 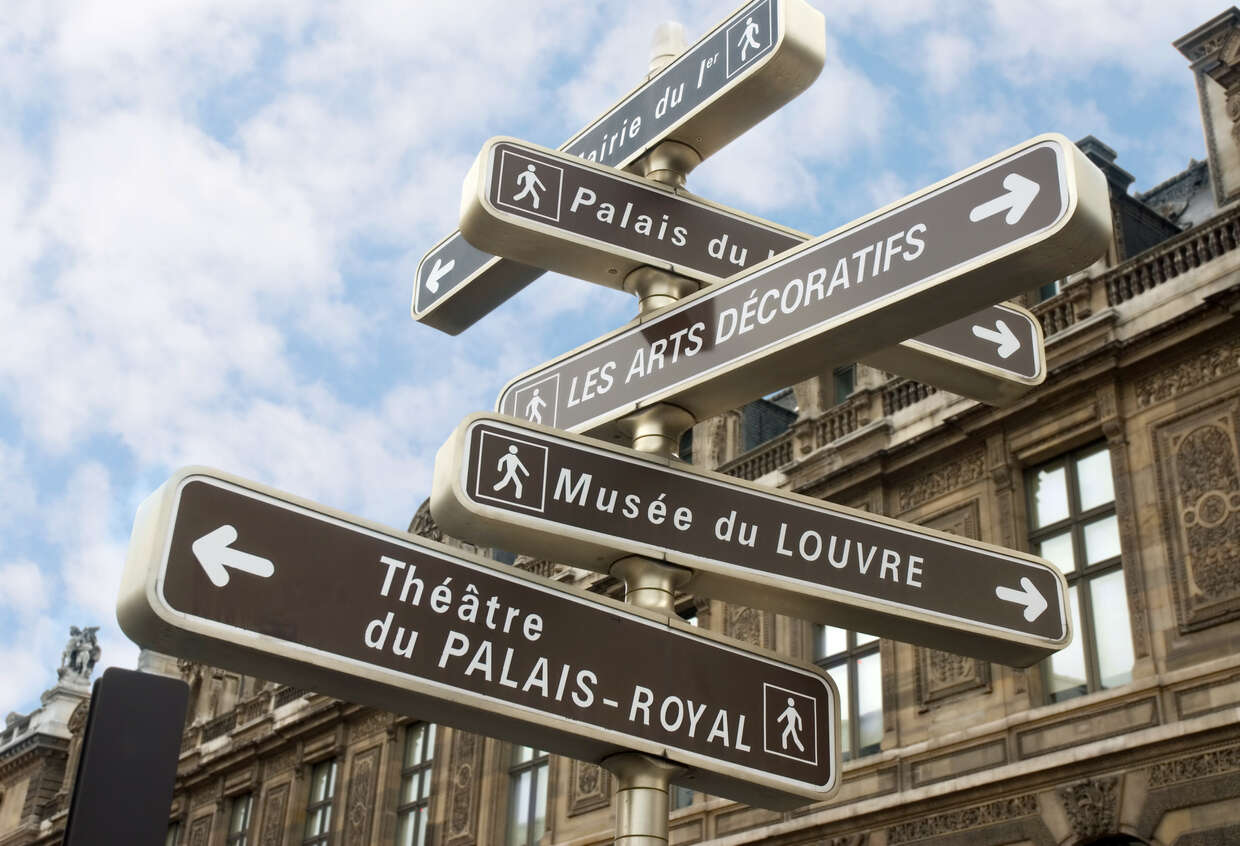 In Paris, you can find about 300 museums, art galleries, scientific museums and others. Many of them open their doors for free visits every day:

the Air and Space Museum Le Bourget (Aéroport du Bourget) is the oldest aviation museum in the world. The entrance is paid only to some locations of the museum - Boeing, Concord. But if you don't go there, you won't lose anything; 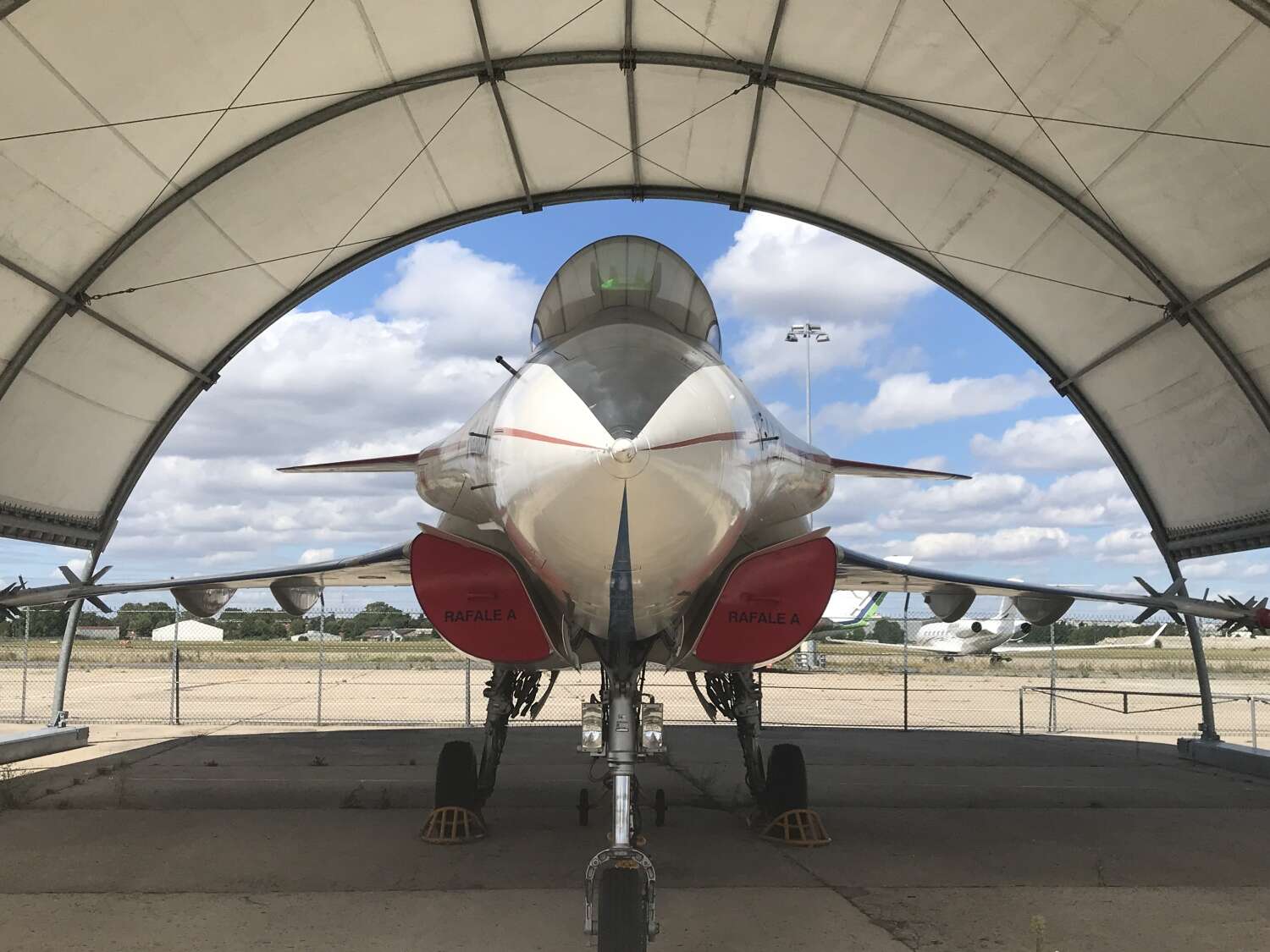 the Cognacq-Jay (Musée Cognacq-Jay) is an old mansion with a collection of 18th century French art;

the Victor Hugo House (Maison de Victor Hugo) is a mansion rented by the famous writer in the years 1832-1848;

the Ossip Zadkine House (Musée Zadkine) is a sculptor’s mansion. You need to pay for the entrance only during the period of temporary exhibitions;

the Musée Cernuschi: neo-classicism, treasures of the ancient East; 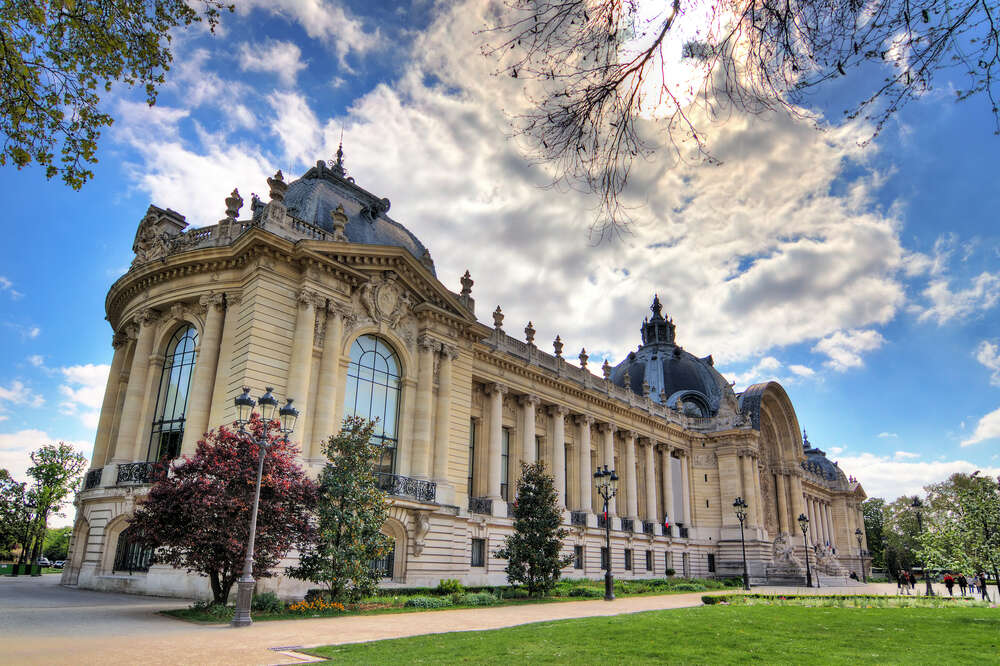 the Museum of Romantic Life (Musée de la Vie romantique) - the former workshop of Ary Scheffer. There is also a tea shop in the garden;

the Bourdelle Museum (Musée Bourdelle) is the home and workshop of Bourdelle, a famous sculptor, Rodin's student and Giacometti's and de Silva's teacher. It is paid during the period of temporary exhibitions;

the City of Paris Museum of Modern Art (Musée d’art moderne de la ville de Paris) is located in the east wing of the Palais de Tokyo, it represents art of the 20th century; 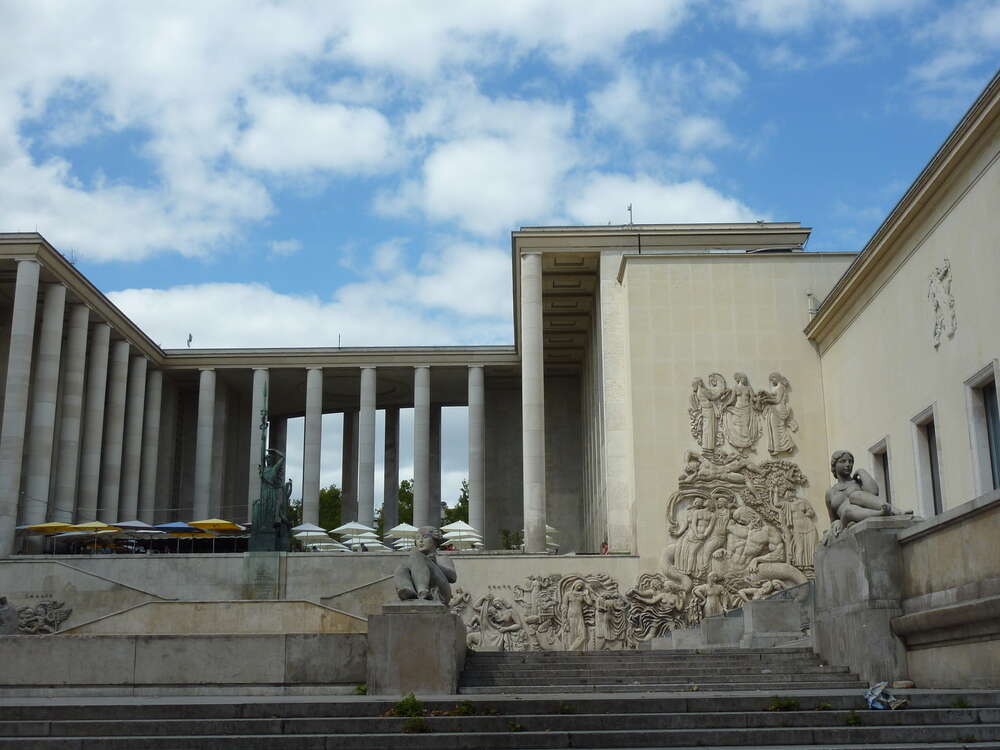 Museums with Free Admission on the First Sunday of the Month:

the Musée de l'Orangerie is a picture gallery of impressionists and post-impressionists. It is located in the Tuileries Gardens; 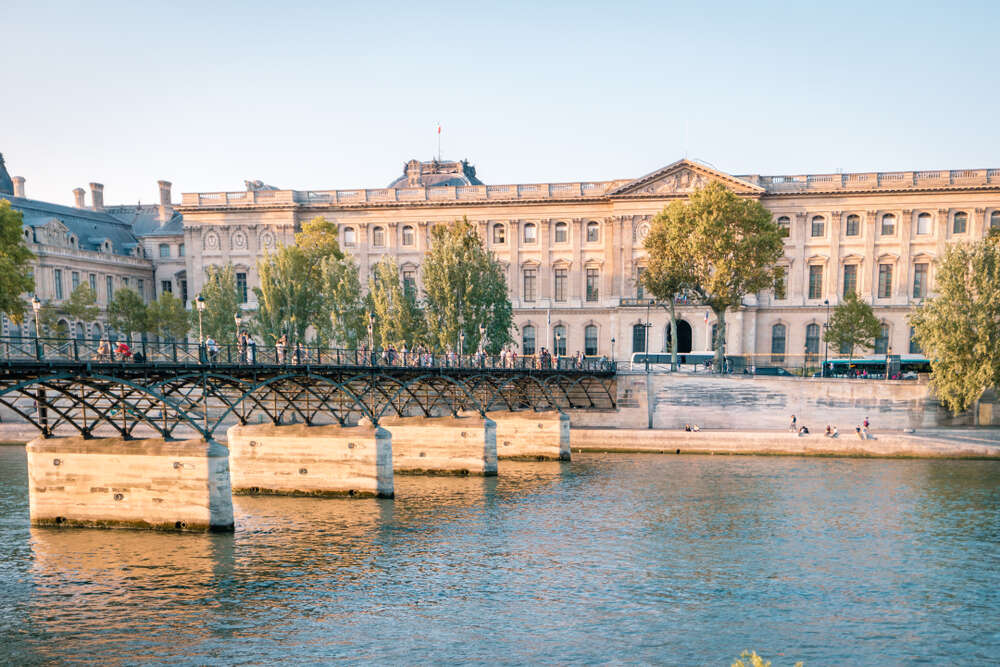 the Musée Carnavalet tells the history of the city; 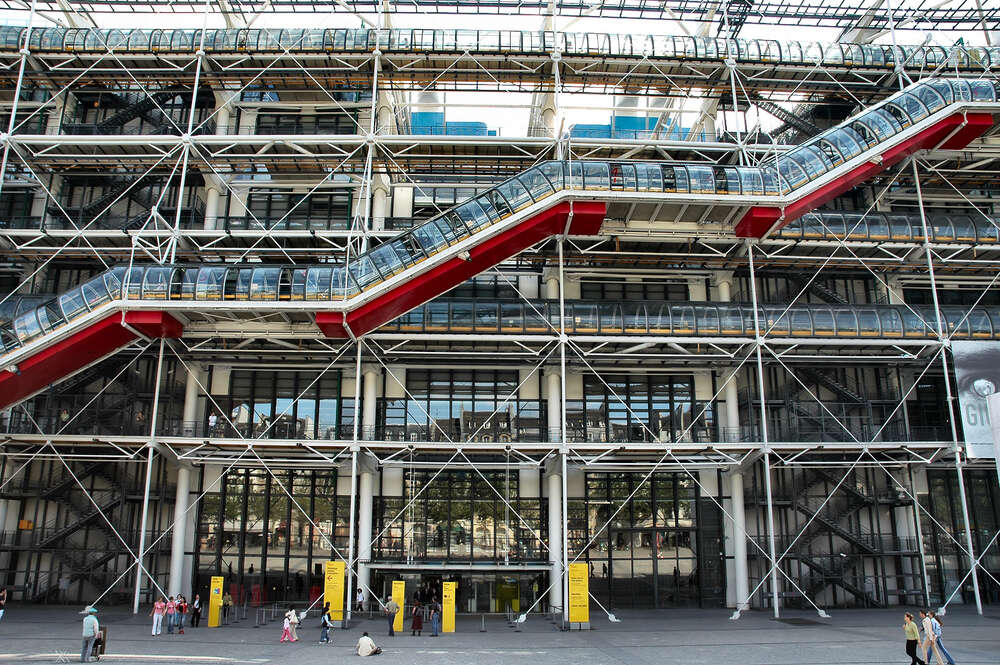 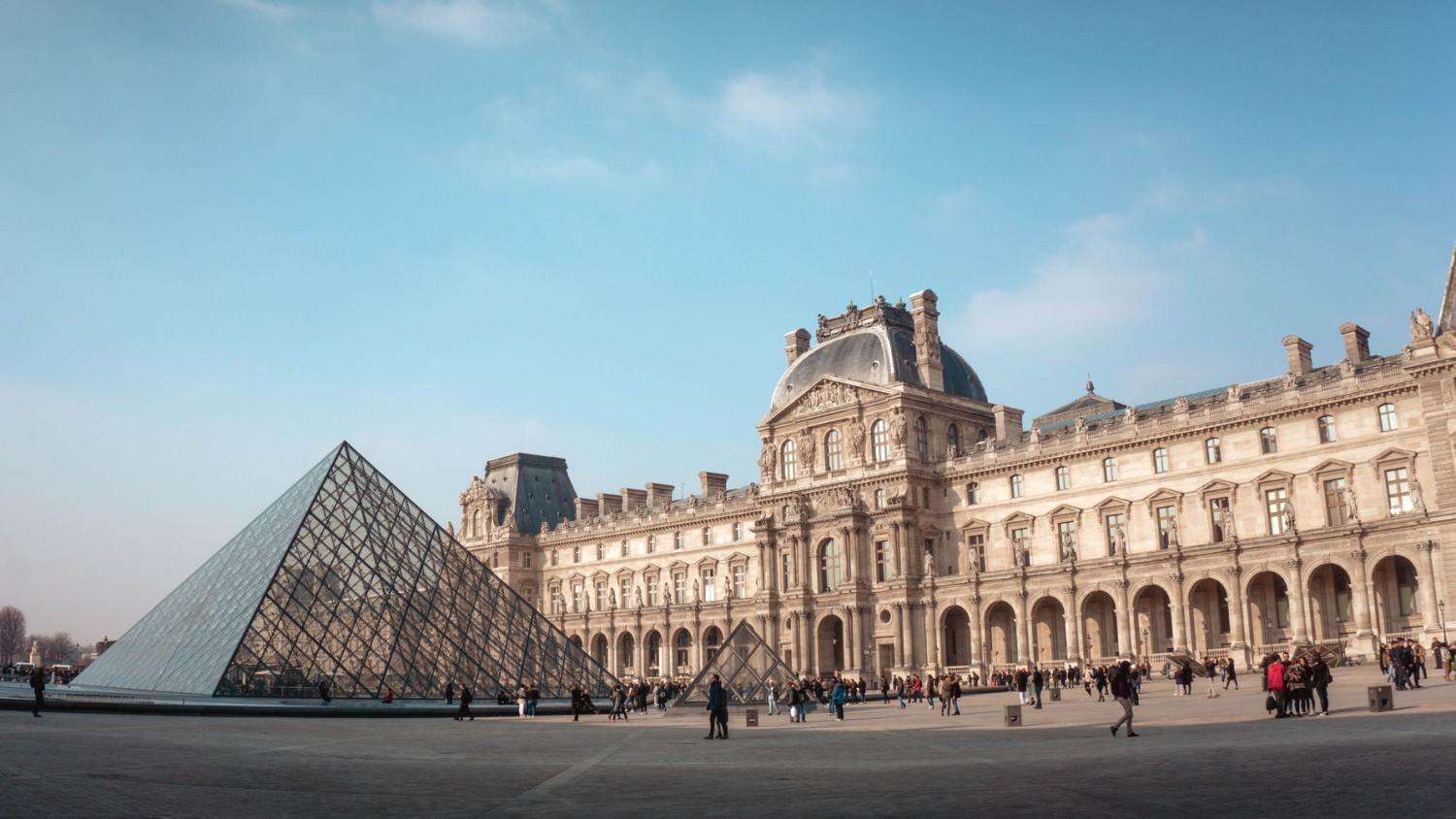 the Cluny Museum, or the National Museum of the Middle Ages (Musée du Moyen-âge-Thermes de Cluny); 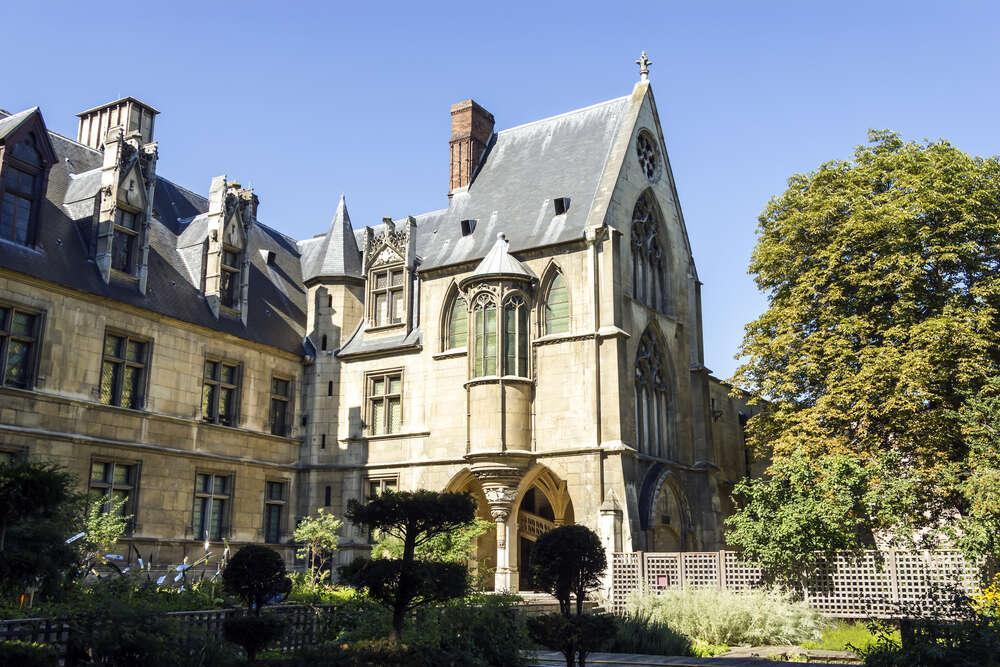 the Musée du Quai Branly - Museum of Arts of the Peoples of Asia, Africa, Oceania and America;

the Rodin Museum (Musée Rodin) - a collection of works by the legendary sculptor, including the "Thinker"; 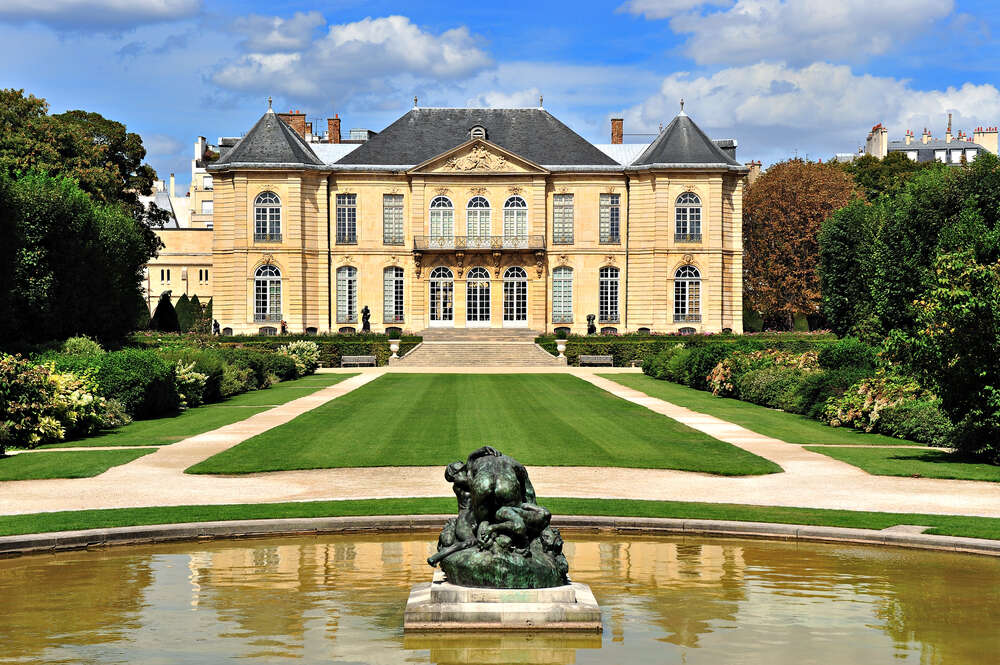 the Musée d’Orsay shows collections of visual and applied arts, European painting and sculpture of the 20th century; 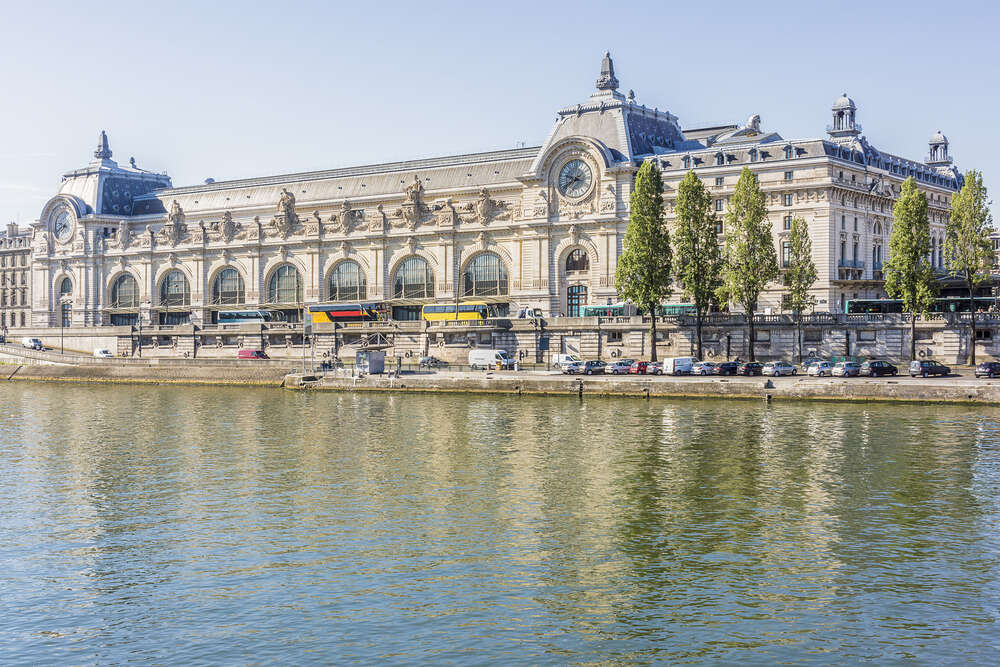 the Musée national Gustave Moreau is a home studio of the artist and sculptor Moreau;

In the autumn-winter period, you can also visit: 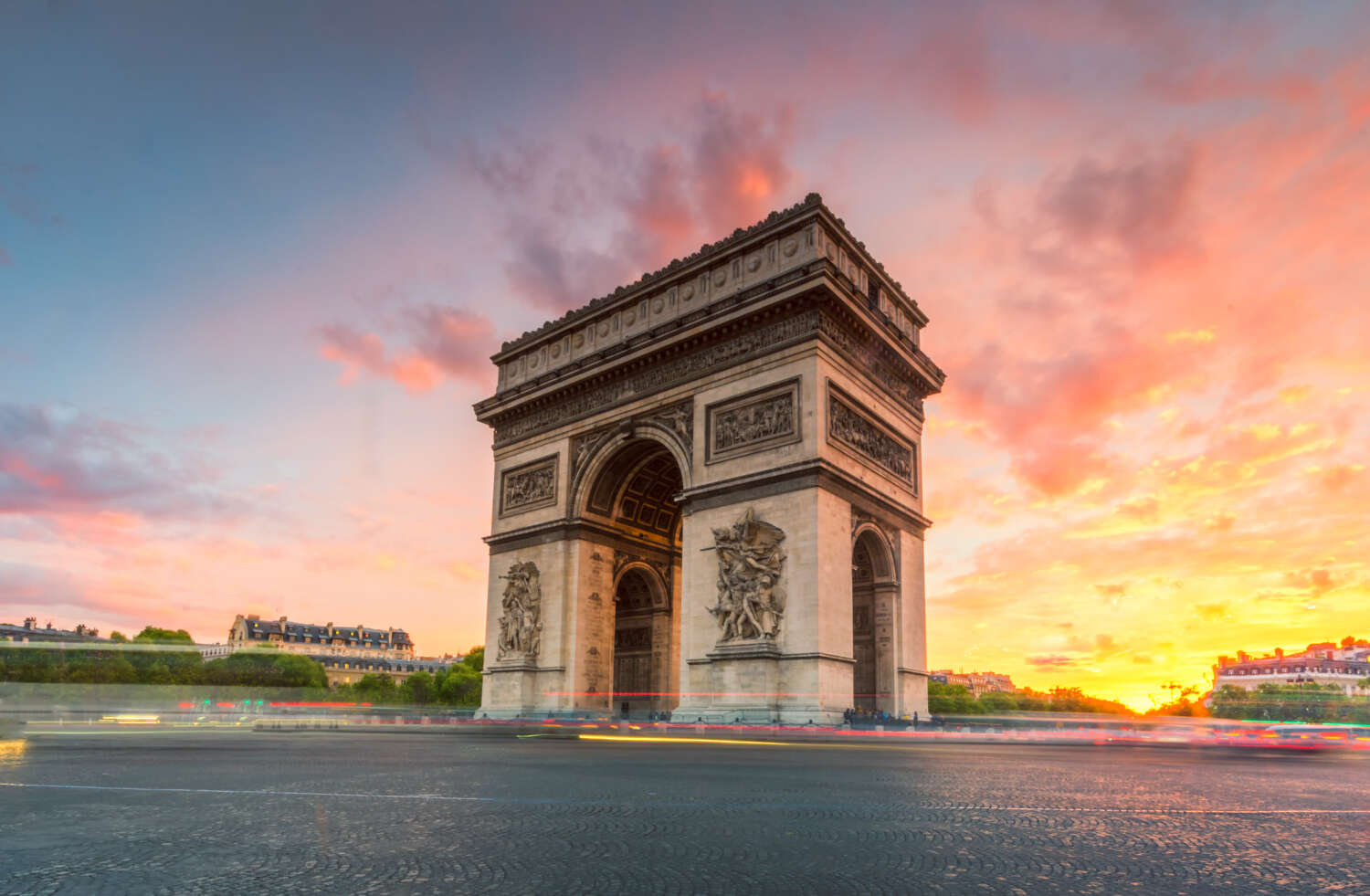 the Conciergerie, a former royal castle and prison;

the Panthéon, which contains tombs of famous people and heroes of France; 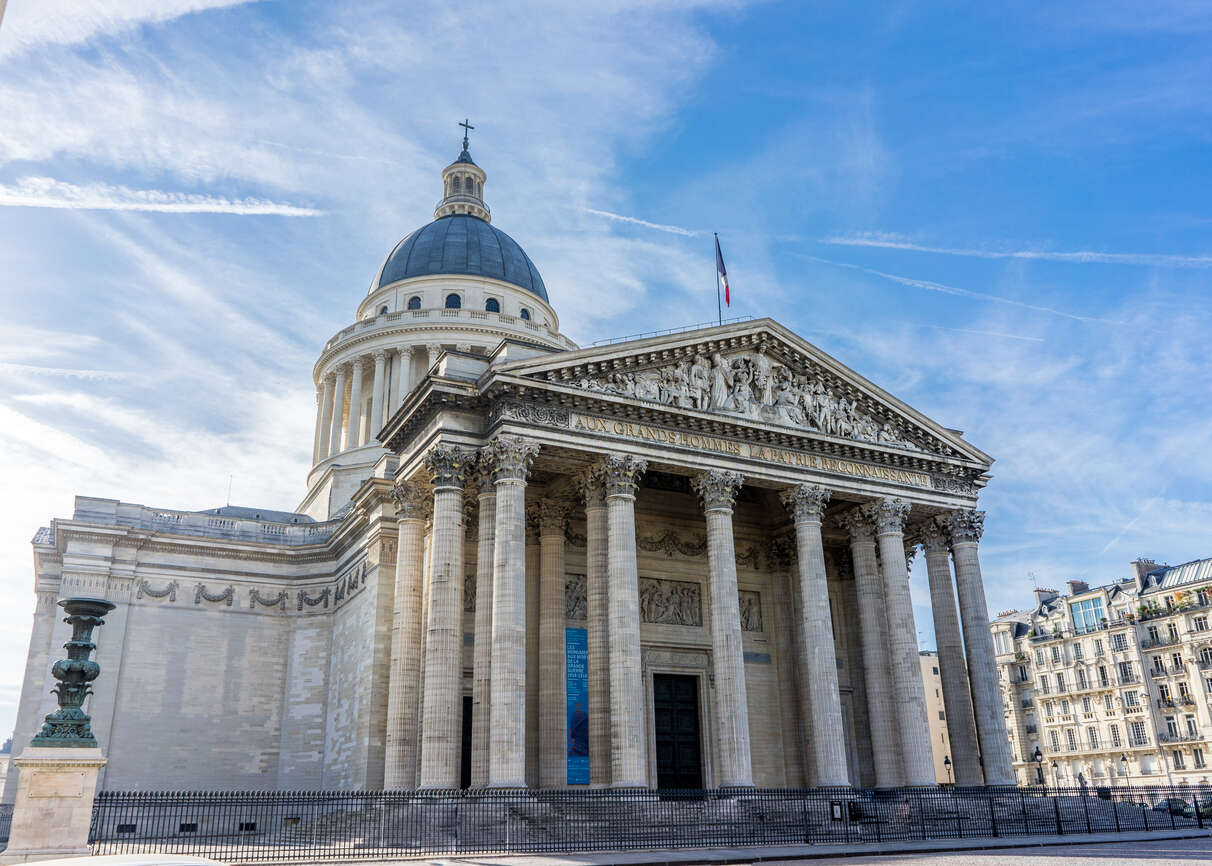 the Sainte-Chapelle, a royal chapel with collections of relics; 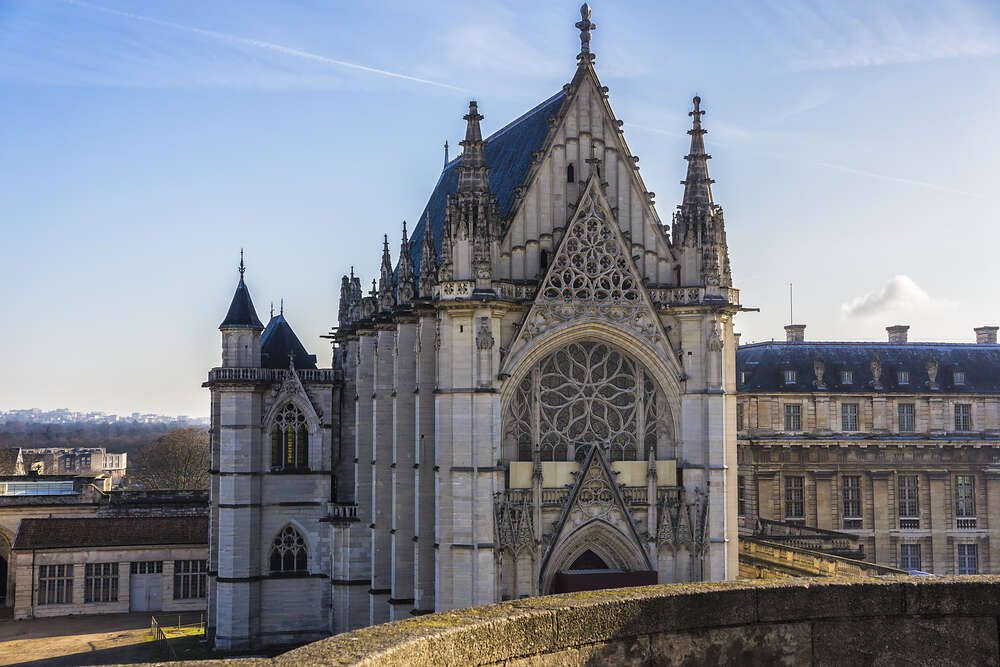 Free in the evening:

the European House of Photography (Maison Européenne de la Photographie); the entrance is free on Wednesdays from 17:00 to 20:00;

the Museum of Arts and Crafts (Musée des Arts et Métiers) is free on Thursdays from 18.00.

On July 14, Bastille Day, the entrance to all museums is free.

Free visits to museums and theaters are possible on the third week of September during the Days of Cultural Heritage. It is believed, that at this time, the flow of tourists is almost running out, and the Parisians can enjoy the treasures, which are difficult to approach during the high season.

Parks in Paris, Which Can Be Visited for Free 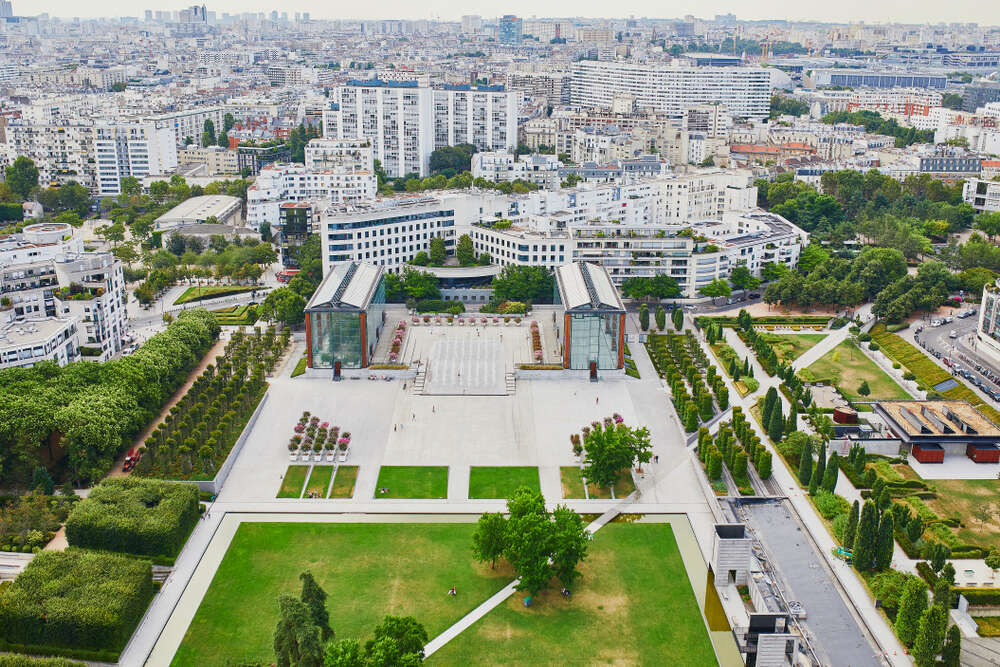 In Paris, there are amazing parks for every taste - from the classic Luxembourg Garden to the modern Park Andre Citroen, built on the site of the famous automobile plant. 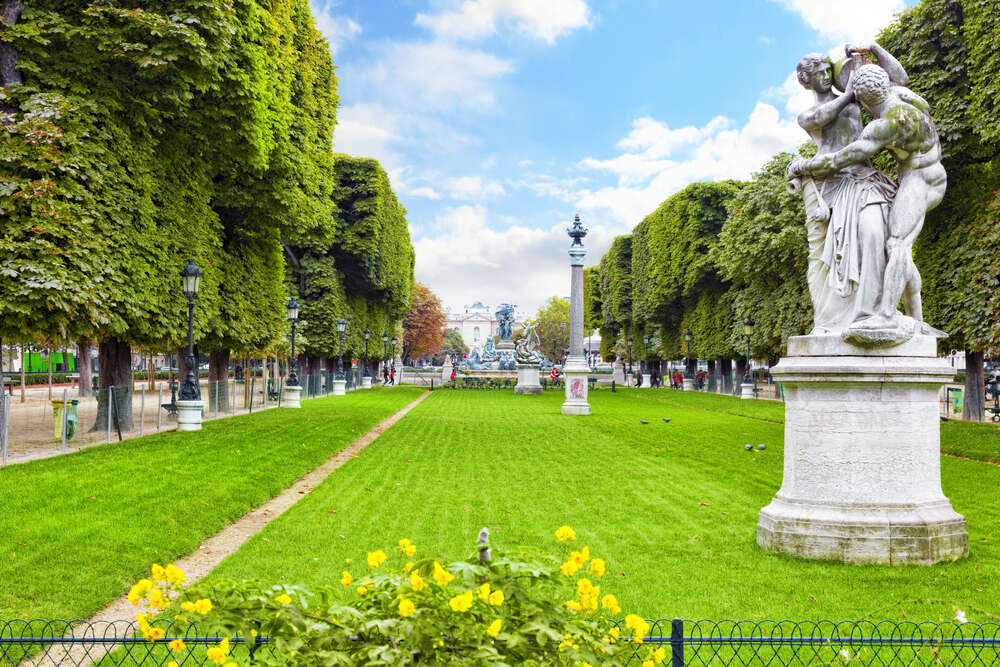 In every large park, in addition to the fact that you can just have a picnic on the grass and relax, there is a variety of entertainment. The most popular are pétanque fields, where you can join the regular company of local players. 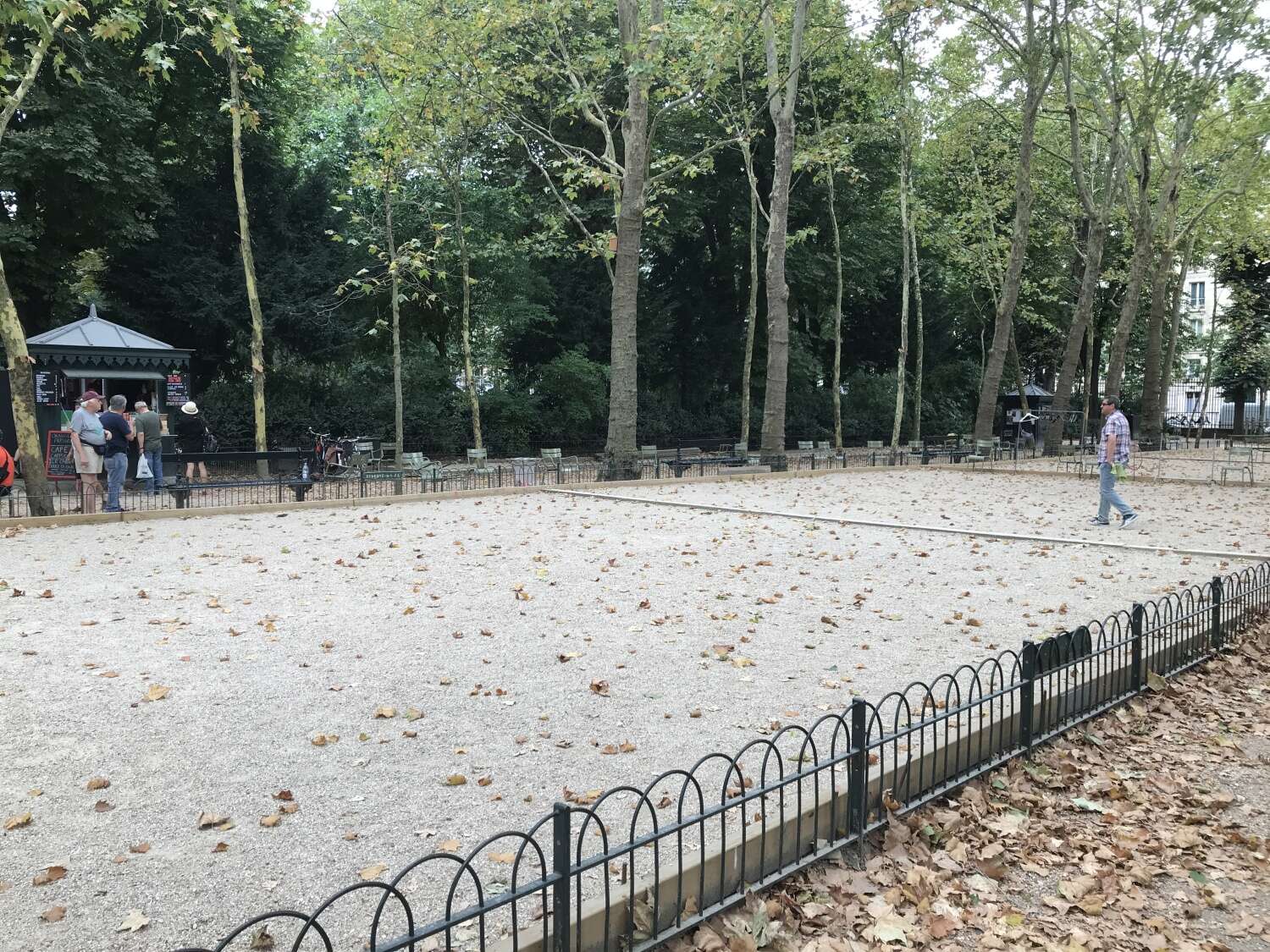 In every park, you can find metal loungers of different designs - they can also be used for free. In Paris, you have to take everything you need when going to the park. Because here, you will not find any usual cafe with music. At the very least, you'll see a small ice cream shop or a kiosk with snacks. The exception is the Tuileries. In this huge park in the very center of the city, there are cafes and an amusement park. 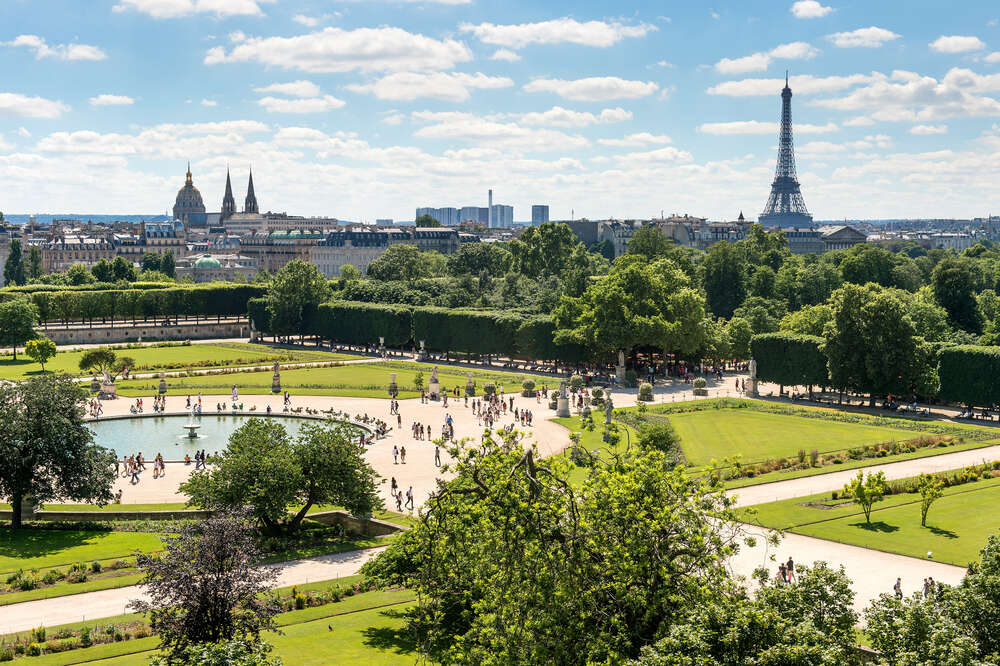 Another feature of Parisian parks is that they work up to a certain period of time. Most often until 10 pm. You may not come here with animals and ride bicycles, you may not smoke and listen to loud music. Most parks have sites where you can find out the schedule of evening events. Most often these are film screenings and concerts. 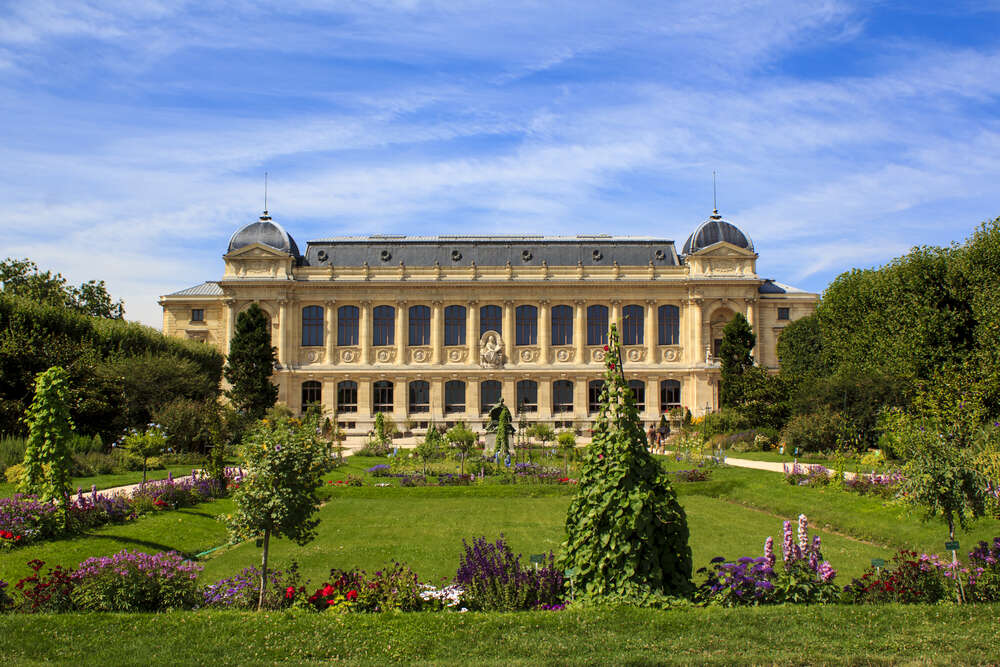 And Jardin des Plantes (Garden of Plants) should be mentioned especially. This is the oldest botanical garden in France. On its territory, there are museums of mineralogy, geology, natural history, pavilions with collections of tropical plants, menagerie. The garden is open from 7:30 am to 8 pm. The entrance to the park is free, but you will have to pay for the entrance to the pavilions, menagerie and museums.

Festivals, Concerts, Performances in Paris, Which Can Be Visited for Free 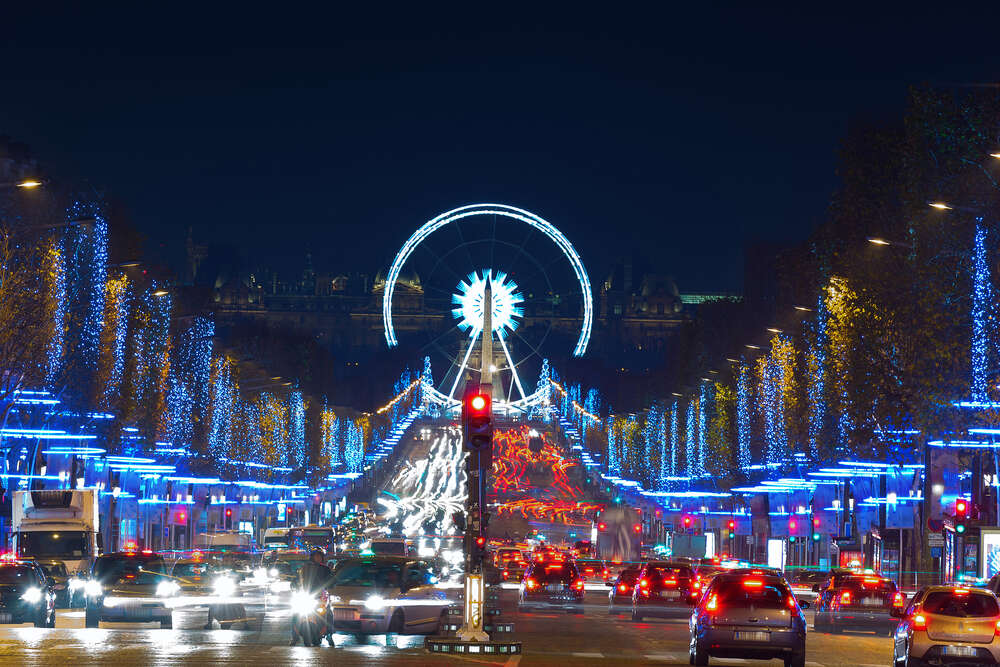 Every festival usually presents an open program for everybody, and it takes place at the building of the city mayor’s office. You can find out on the website by entering the word free in the search, where and when free events are going to happen in the city.

Open-air cinema is a popular entertainment among locals. Therefore, there are film festivals in different parts of the city during the whole summer.

The Quay of the Seine: What to See for Free in Paris

The length of the Paris embankments is 12 km! There is enough place to turn around. And this is not just embankments overlooking beautiful houses. If you walk along them, you will see more than 70 bridges. They are all very beautiful. Many of them have a great history. For example, Mirabeau, Carrousel, Pont au Change or Pont Neuf.

In the central part of the city along the embankments, there are a lot of artists and sellers of all sorts of tourist stuff. So it will be more interesting to walk. 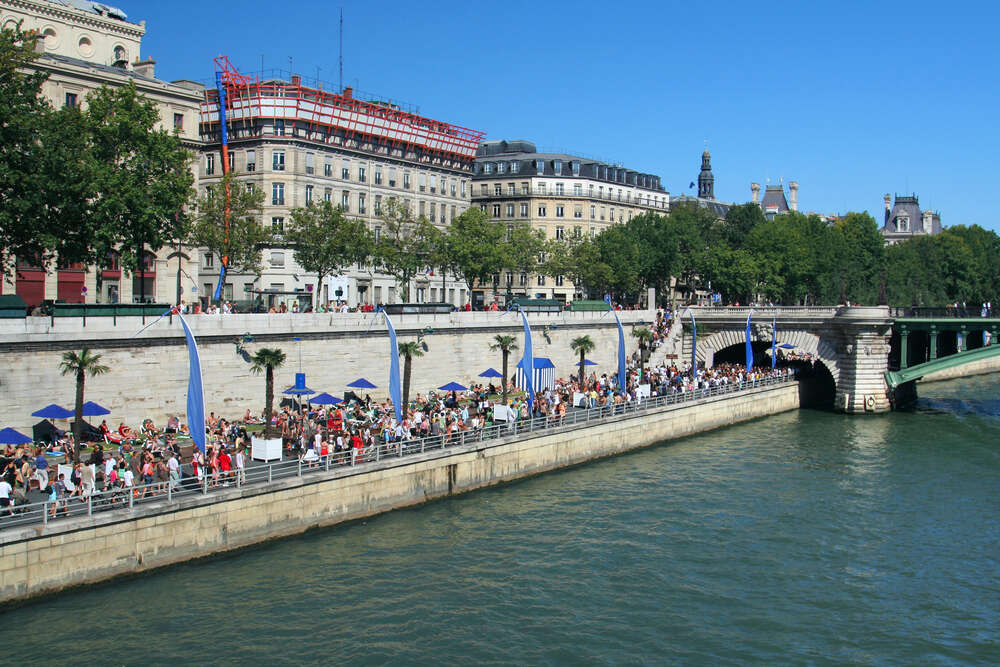 Since 2002, in the hottest months, free beaches have been arranged on the banks of the Seine: sand is poured, loungers, umbrellas, changing cabins, showers and mini-pools are set. In 2018, the beaches worked from July 7 to September 2. And this season, their location and useful information can be found closer to July on the city-hall website.

The Ancient Ruins of Paris

Don't be surprised, but in Paris you can find the remains of an ancient amphitheater erected between 53 BC and 212 AD. However, there are no battles and performances in its arena anymore. But still, it's interesting to be there. It is called the Arena Lutezia (Arènes de Lutèce) and is located in the 5th district of Paris. 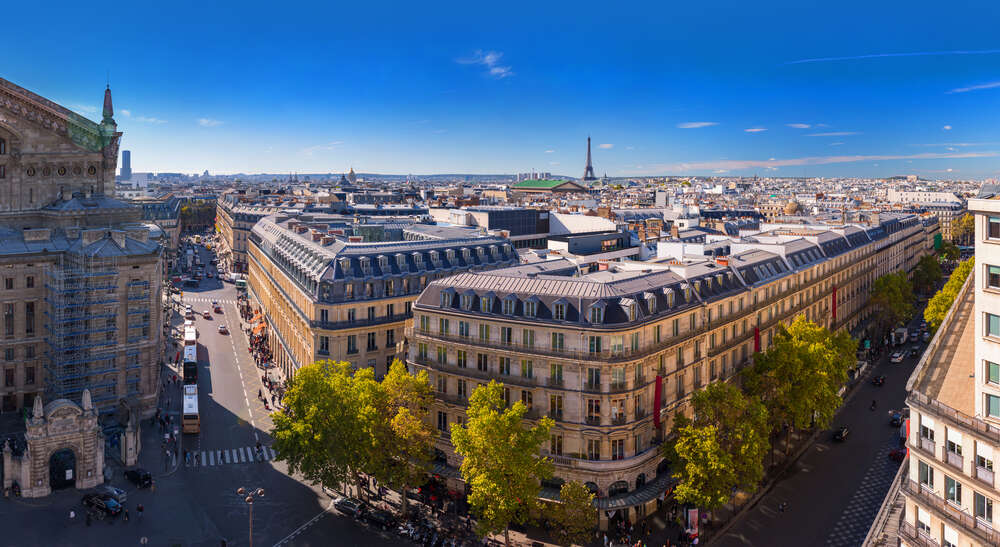 You can see Paris from a bird's eye view not only on the Eiffel Tower or the dome of Sacré-Cœur. You can admire the Parisian roofs and interiors of the most fashionable shop in the famous Lafayette Gallery. Don't be afraid, if you are asked to open your bags at the entrance and if you are checked with a metal detector - this is a common procedure. Here, you will be able to go through the boutiques of the most famous brands in the world, be surprised at the queues and feel free to know that you don't have enough money to buy it. The main thing is not to touch expensive bags and jewelry with your hands. Sellers themselves concern them only in cotton gloves. During the fashion week, open fashion shows are held here, and a huge Christmas tree is set under the domeon Christmas Eve. 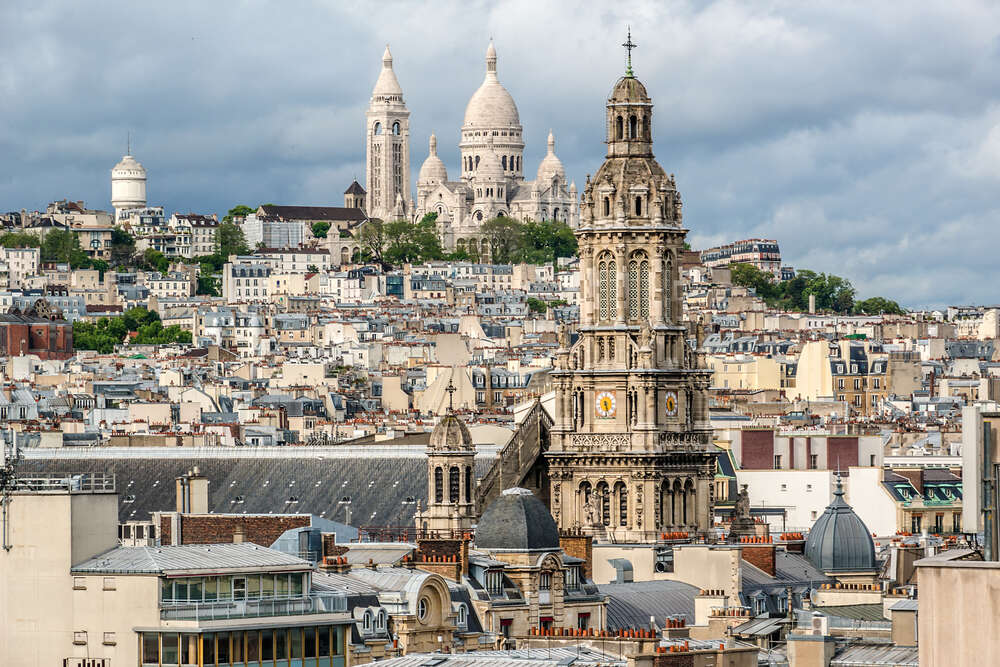 Another place with a beautiful view is Printemps Shopping Mall. This is the eternal rival of Lafayette Gallery on Haussmann Boulevard. On the top floor, there is a cafe and a playground with a view that only few tourists know about. 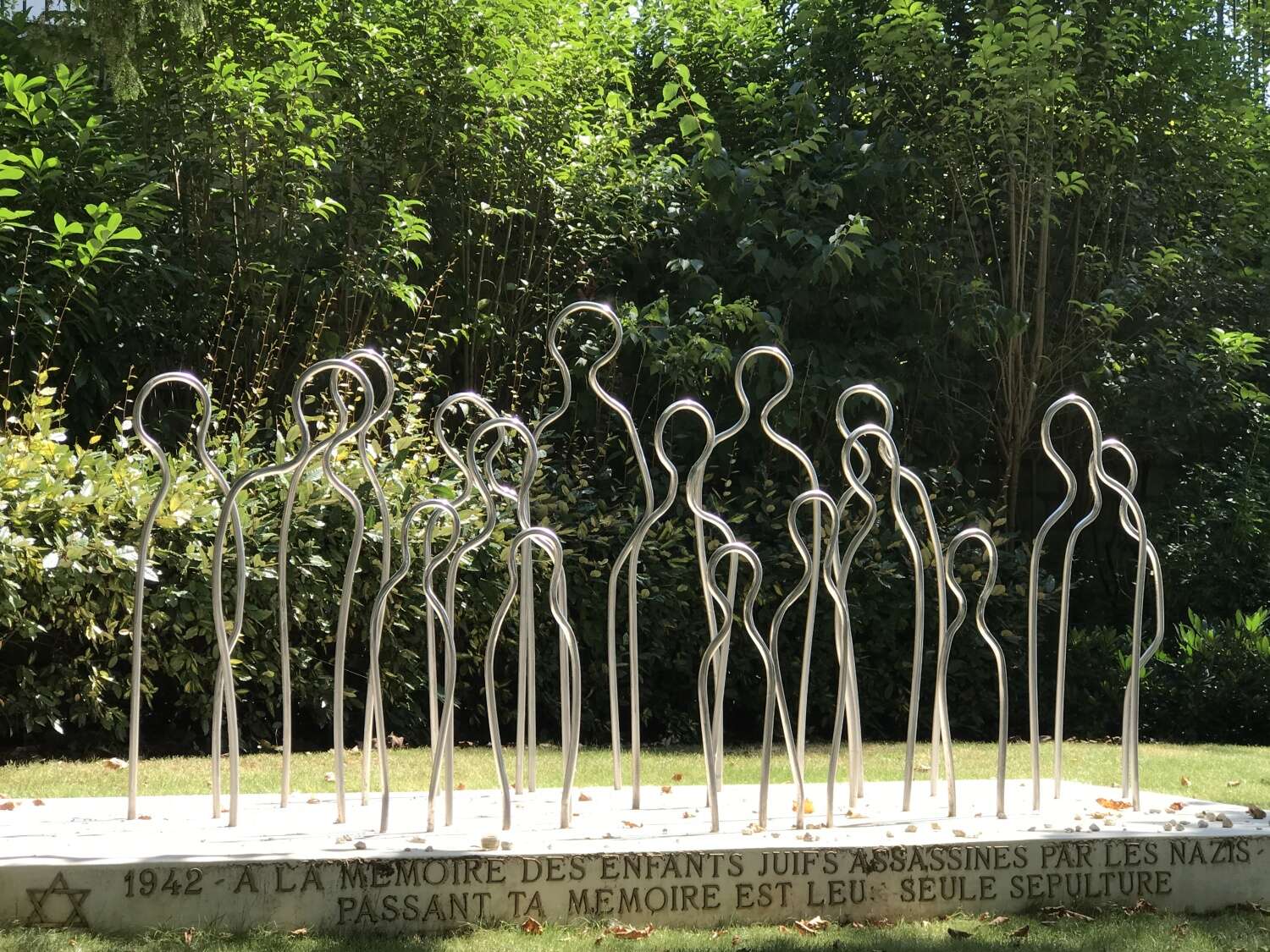 Parisian cemeteries are remarkable - these are open-air museums. Cemeteries are located in every area of the city - Montmartre, Montparnasse, Père-Lachaise, Sainte-Geneviève-des-Bois. The greatest people of the era are here: favorite artists, singers, politicians and inventors. 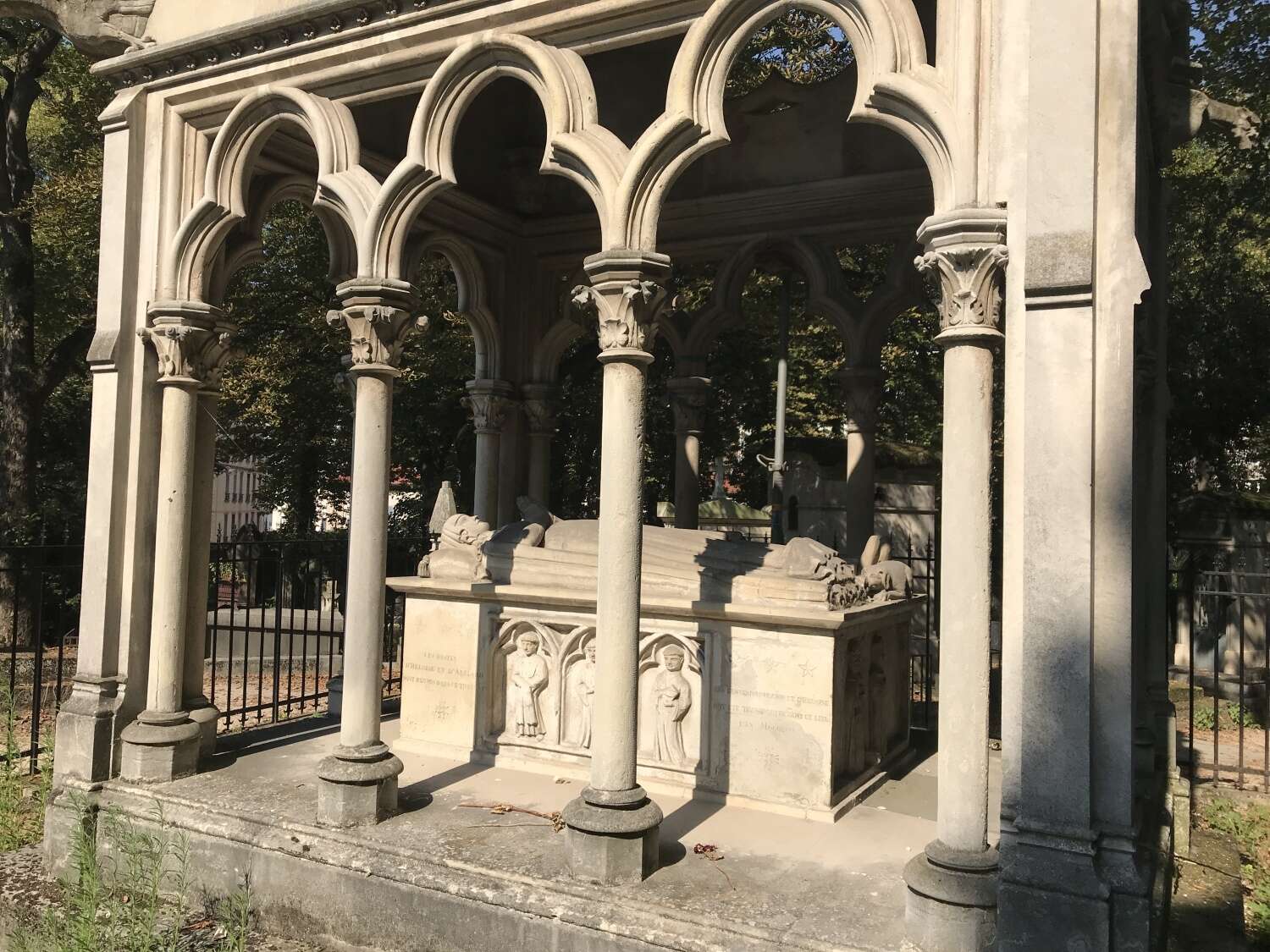 Each cemetery offers a free map with well-known graves. You can take them at the entrance and return at the exit. It is very important, that there are free toilets in the cemeteries.

How to Visit Versailles for Free 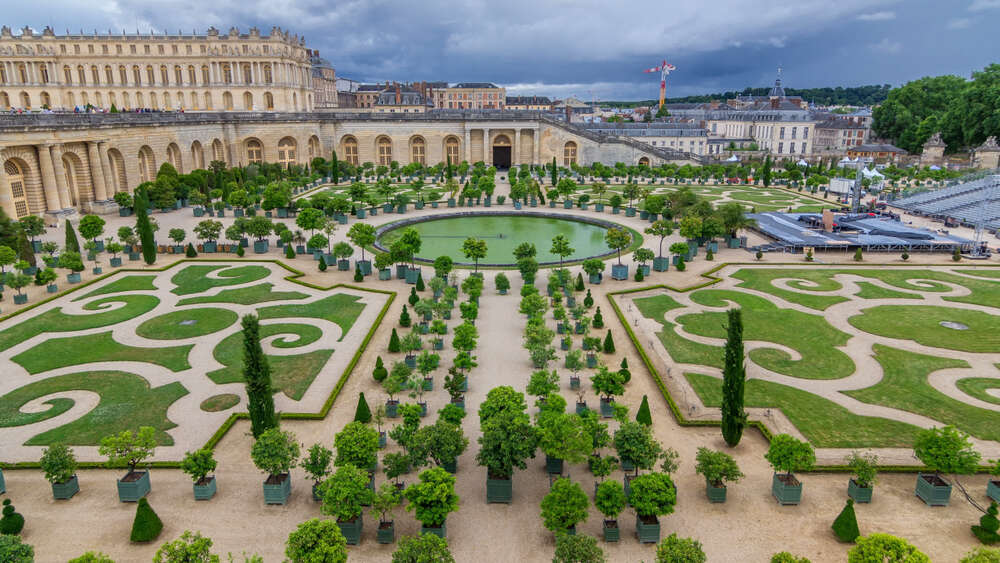 Versailles is one of the most popular tourist country routes, the residence of the French kings with a magnificent park and fountains. A walk in the park is free on particular days. True, the fountains don't work there these days. But to enter the palace, you have to shell out in any case. A full ticket costs € 27 for an adult. For an adult, a visit to the park in the days when the fountains work will cost 10 euros. If you are under 18, admission will be free everywhere. Also in the summer, the park hosts evening fountain shows with a holographic show, but this pleasure is also expensive. Days of free visits can be found on the official website of Versailles. 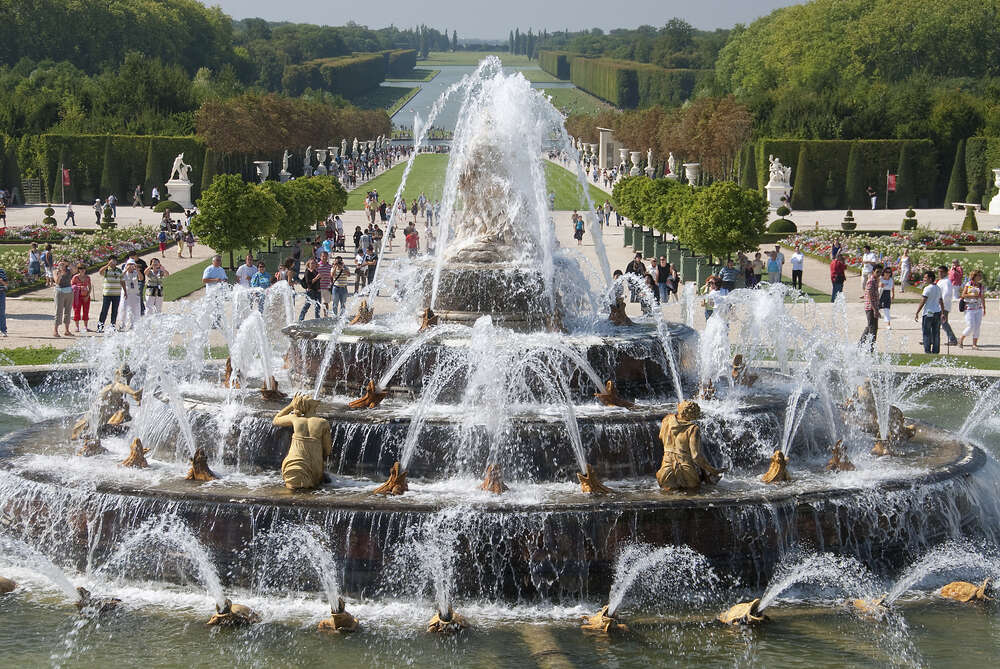 Near the palace, there is an arena and an interesting museum of carriages, the entrance to which is always free. The royal tennis courts are also available for free. The Marley Estate is located 7 km from Versailles. Its door is also open for visitors. Remember, Monday is a day off at all museums. 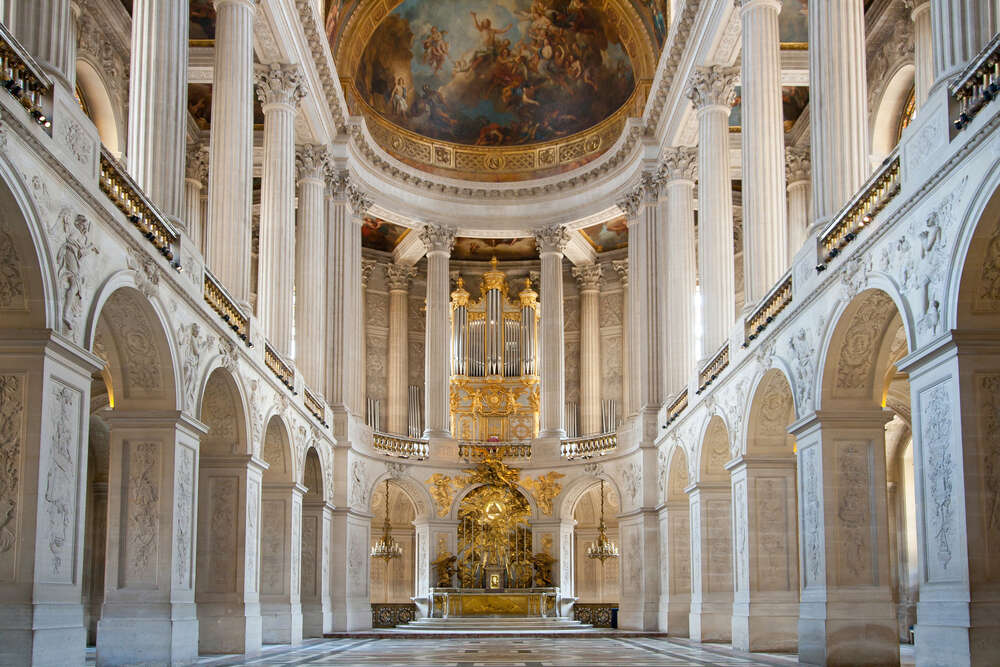 One more useful life hack. To get to Versailles, you will most likely be advised to use the train. However, you will have to buy a separate ticket for 7 euros. Therefore, there is a bus route number 171 for budget travelers. And with Navigo weekly travel pass, you don't have to pay extra, but it would take you twice as long to reach it. 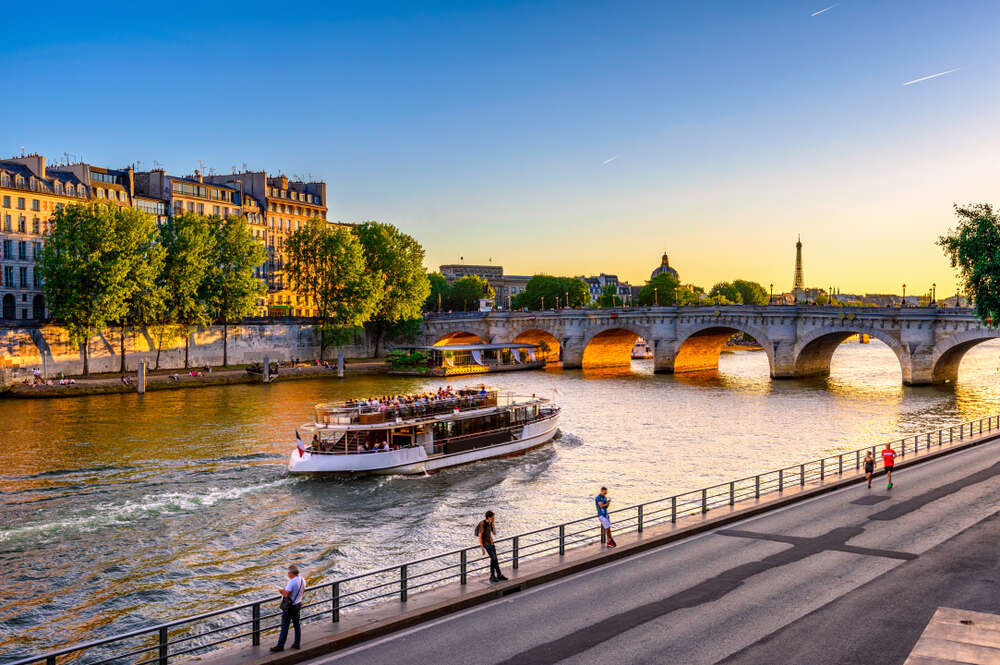 Paris is an amazing city, that has a place for a rich man, a man with average incomes, and a budget student. The main thing in Paris is to relax and dissolve in a unique atmosphere. Then you will certainly return here more than once.