A Mexican city of Guanajuato is perfect for travelers who enjoy walking slowly through narrow streets and taking a close look at the architecture of the buildings. It has a beautiful history - once upon a time, a poor city turned into a real gold mine with the arrival of the Spaniards in the 16th century. And although huge reserves of silver and gold were found before, the enterprising Spaniards were the ones who turned Guanajuato into a city for nobility and wealthy families, which greatly influenced the local architecture.

In the 18th century, Guanajuato became the world leader in silver mining and the richest city in Mexico. It was even given a new official name - The Most Noble and Loyal City of Santa Fe de Minas de Guanajuato, and in 1858, it became the temporary capital of Mexico.

Guanajuato is also called a City on a Hill, so do not be surprised, if at some stage, the walk can turn into a marathon of ups and downs, so take care of comfortable shoes in advance. Another name is the City of Tunnels, some streets are partially underground, and the network of underground tunnels has already become a feature of the city. Much of Guanajuato is pedestrianized - not accessible by car or bike - so it's perfect for long walks. 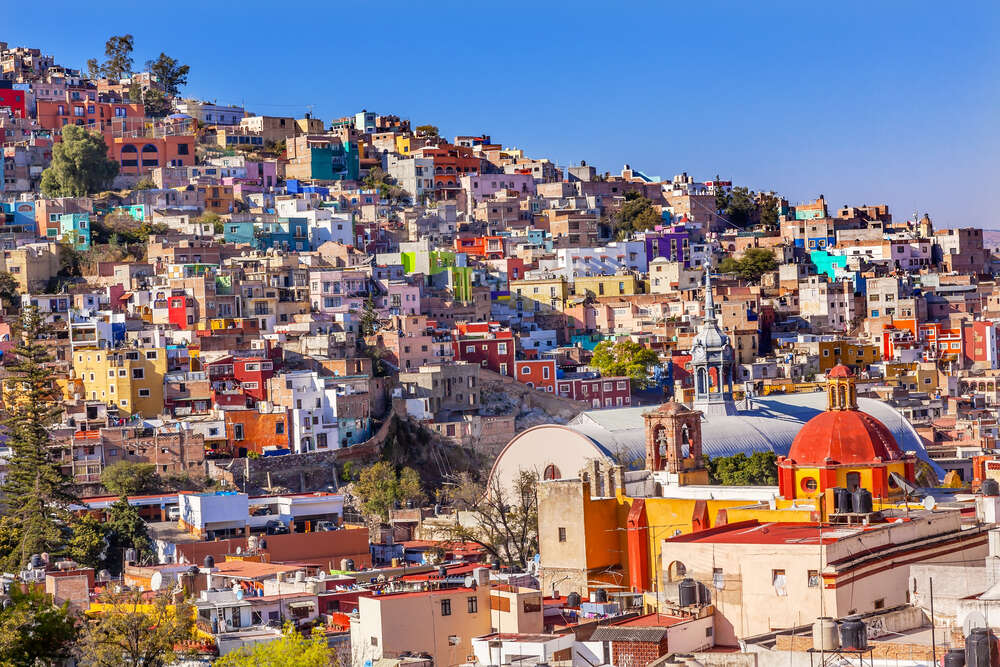 Today, Mexican Guanajuato is considered to be one of the most beautiful cities in the country, and its historical center is included in the UNESCO World Heritage List.

One of the most unusual and very popular tourist attractions in Guanajuato is the Museum of the Mummies, which exhibits more than 100 mummified bodies. The museum has been operating since 1969. The remains of local residents were not mummified for the sake of the exhibition, it's all about taxes - as a matter of fact, relatives simply could not pay for a place in the cemetery. Over time, people got curious and wanted to look at the mummies, and the cemetery workers made such a spectacle paid. 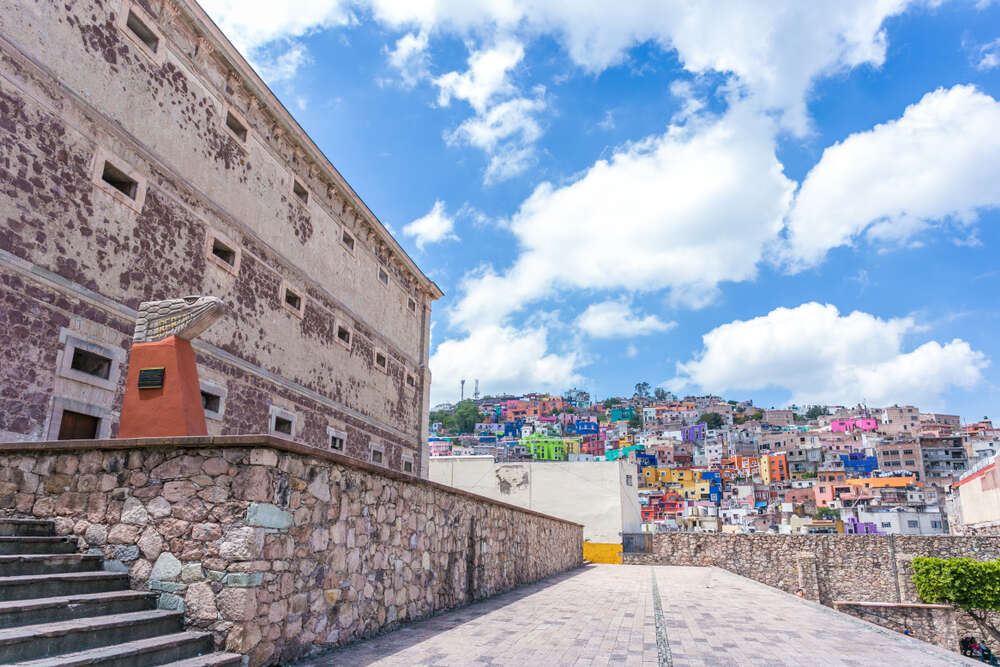 Another popular place is the Don Quixote Iconographic Museum - it appeared as a tribute to the Mexican people for the works of the Spaniard Miguel de Cervantes. Here you will find exhibitions of works of art and artifacts associated with Don Quixote, the author's most popular work, whose statue stands right in front of the museum's entrance.

Things to See in Guanajuato

The historic center is in the lower part of the city and is surrounded by colorful houses built on steep hillsides. Ancient churches, colonial houses, cozy squares and narrow streets give Guanajuato a special atmosphere.

Among the many temples and cathedrals, the most important is the Parroquia de Basílica Colegiata de Nuestra Señora de Guanajuato in Plaza de la Paz, which is also the largest building in the city. The Baroque temple was built in the 17th century and contains one of the most important Mexican relics - a wooden statue of Our Lady of Guanajuato, which was donated to the city by the Spanish king Philip II. Also inside the cathedral, you can see paintings by Mexican artists. 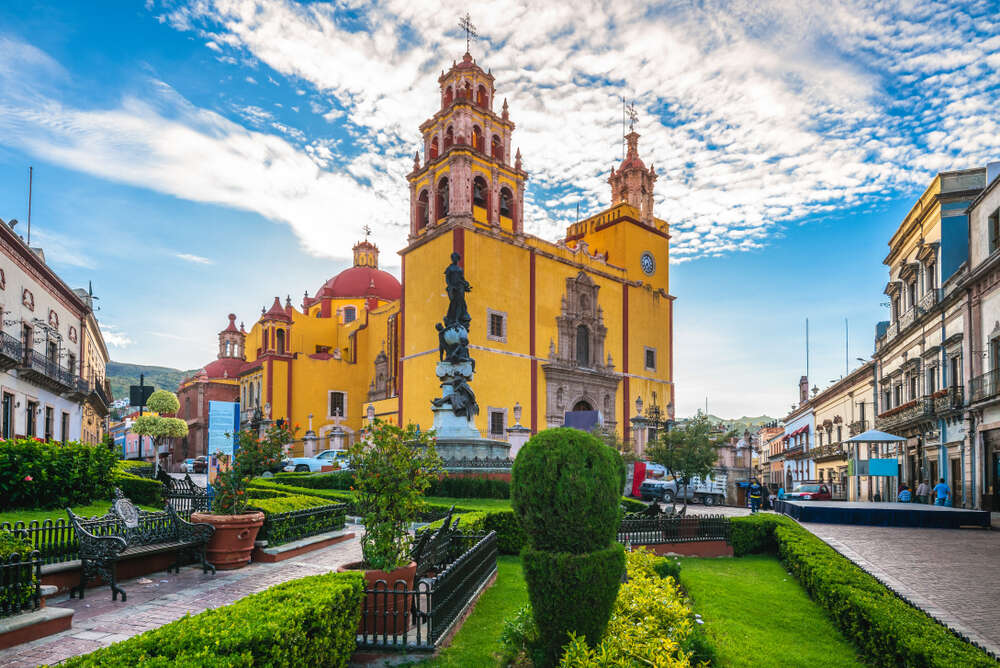 Just a short walk from Plaza de la Paz is the Universidad de Guanajuato, the oldest university in Latin America, operating since 1828. The neoclassical building looks so stunning that it was shown as a presidential palace in the popular film Once Upon a Time in Mexico. 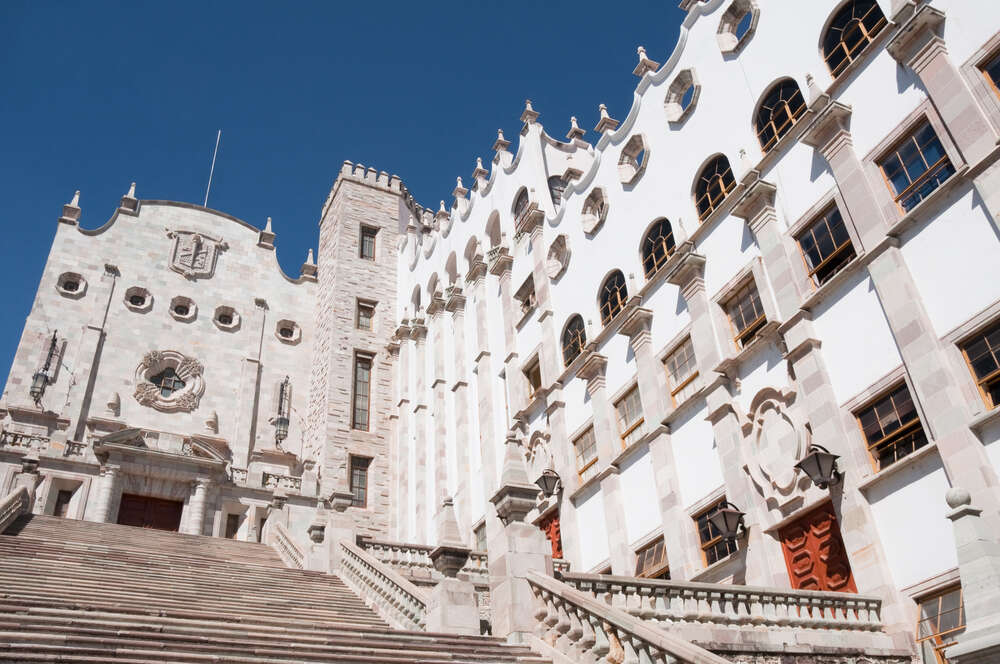 In the evening, go to Jardin de la Union, the main square of the city, - there are many bars and restaurants where you can relax after a long walk, watch the locals and listen to street performers.

It's a perfect end to the day!