Istanbul is a colorful mix of history and modernity that leaves no one indifferent.

Travellizy Team has prepared useful information for you about what is important to know before going to the city of contrasts, and what sights you should definitely see in Istanbul.

Istanbul airports: how to get to the city

There are two airports in Istanbul - the new Istanbul Airport (IST), which replaced Ataturk International Airport, is located in the European part of the city, and Sabiha Gökçen (SAW) - on the Asian side. The most convenient way to get to the center of Istanbul (except taxis) is the Havaist buses from the new airport and Havabus from Sabiha Gökçen.

* Read more about the new Istanbul Airport in our article 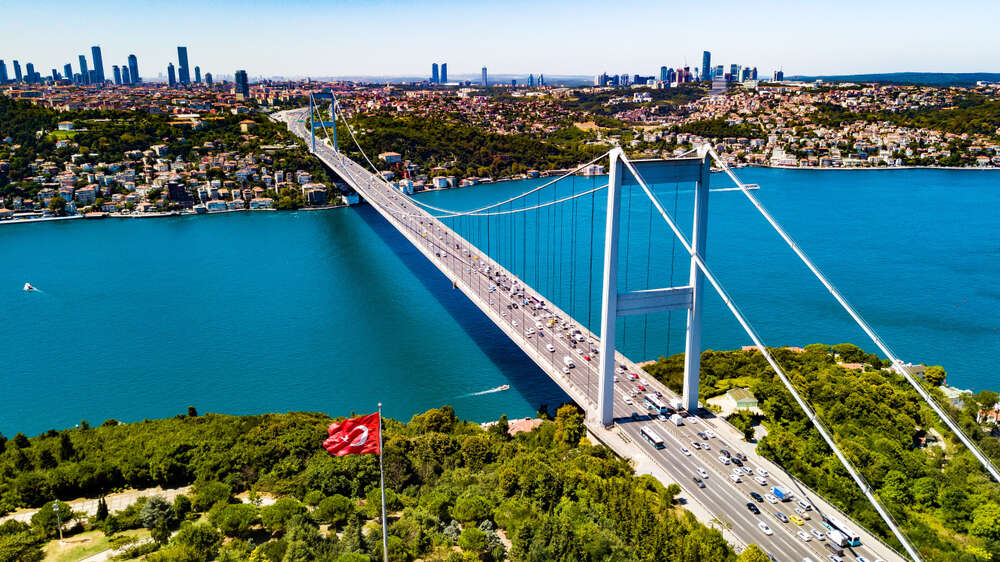 If you travel to Istanbul from Sabiha Gökçen on Havabus, you can pay the fare in cash directly in the bus. For travel from the new Istanbul Airport on the Havaist bus, you will need Istanbulkart, which you can use for further trips on any type of public transport (metro, tram, ferry, funicular, bus, metrobus).

We recommend you to buy Istanbulkart for 6 TL immediately, as it will help to significantly save on trips around the city. For example, a single trip without a card costs 5 TL (€ 1), with a card - 2.60 TL (€ 0.5), there are also additional discounts on trips with transfers within 2 hours (the first will cost 1.85 TL, the second - 1.40 TL, the rest - 0.90 TL) for all vehicles except metrobus. You can find more information about rates here: https://www.iett.istanbul/tr/main/pages/iett-toplu-ulasim-ucret-tarifesi/42 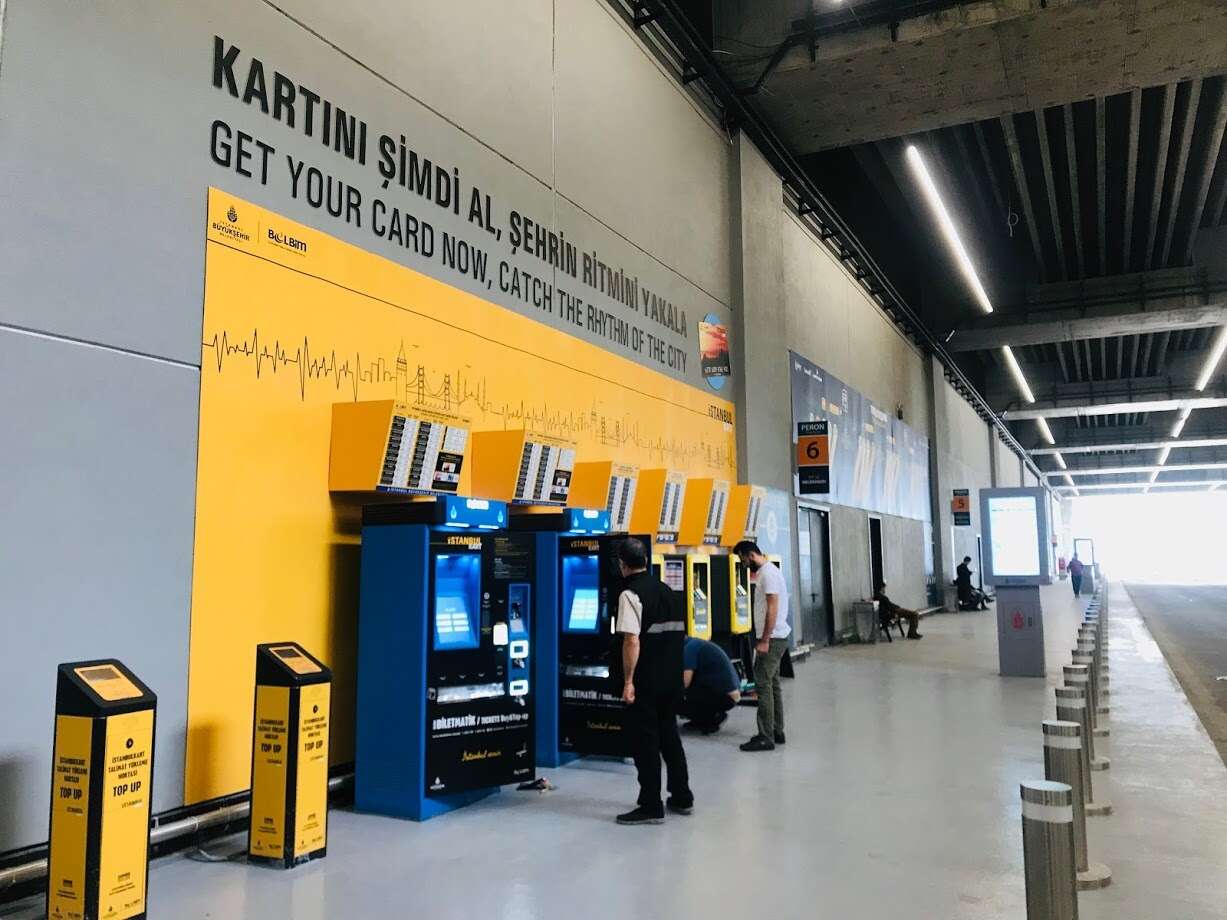 There is any language (including English, of course) in the menu of a special machine for the purchase and replenishment of Istanbulkart, so everything is quite simple. To replenish the card, it is not necessary to insert it into the machine, but it is enough to attach it to the illuminated window, where the program reads the QR code and credits the money to the card. 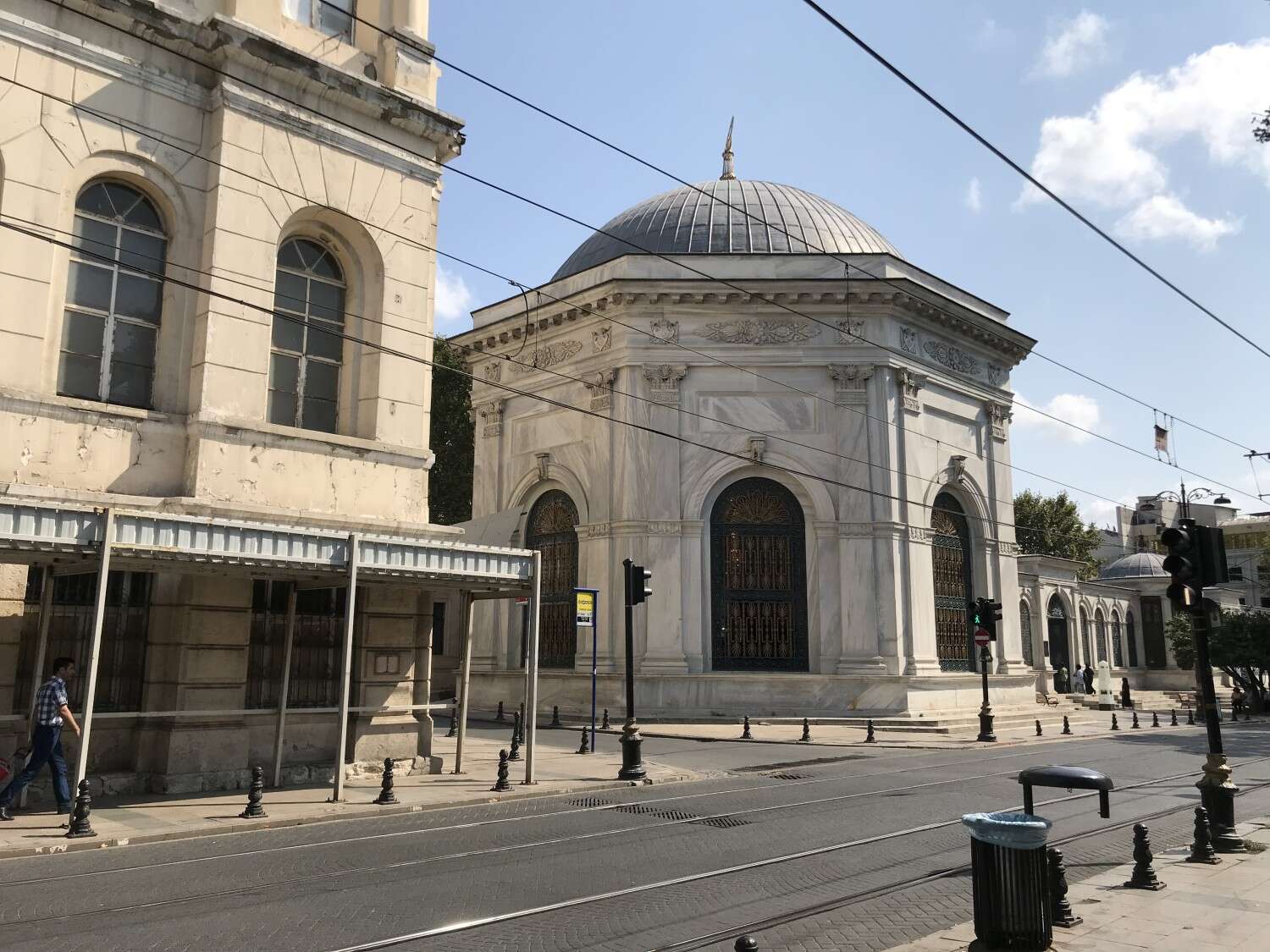 For moving around Istanbul, we recommend you downloading a mobile app called Trafi - there is a map that shows the nearest stops and a schedule of all types of transport, which is also available in offline mode. The application is much more convenient than Google Maps, which is difficult to combine such a number of different public transport and it doesn't always offer the most convenient route.

Top 5 places to see in Istanbul

More than one article can be written about the sights of Istanbul, so today, we are talking about 5 main places that we recommend to visit. Start your tour of the sights from the Sultanahmet area, where you can find such popular Istanbul sights as Hagia Sophia, Blue Mosque and Basilica Cistern. 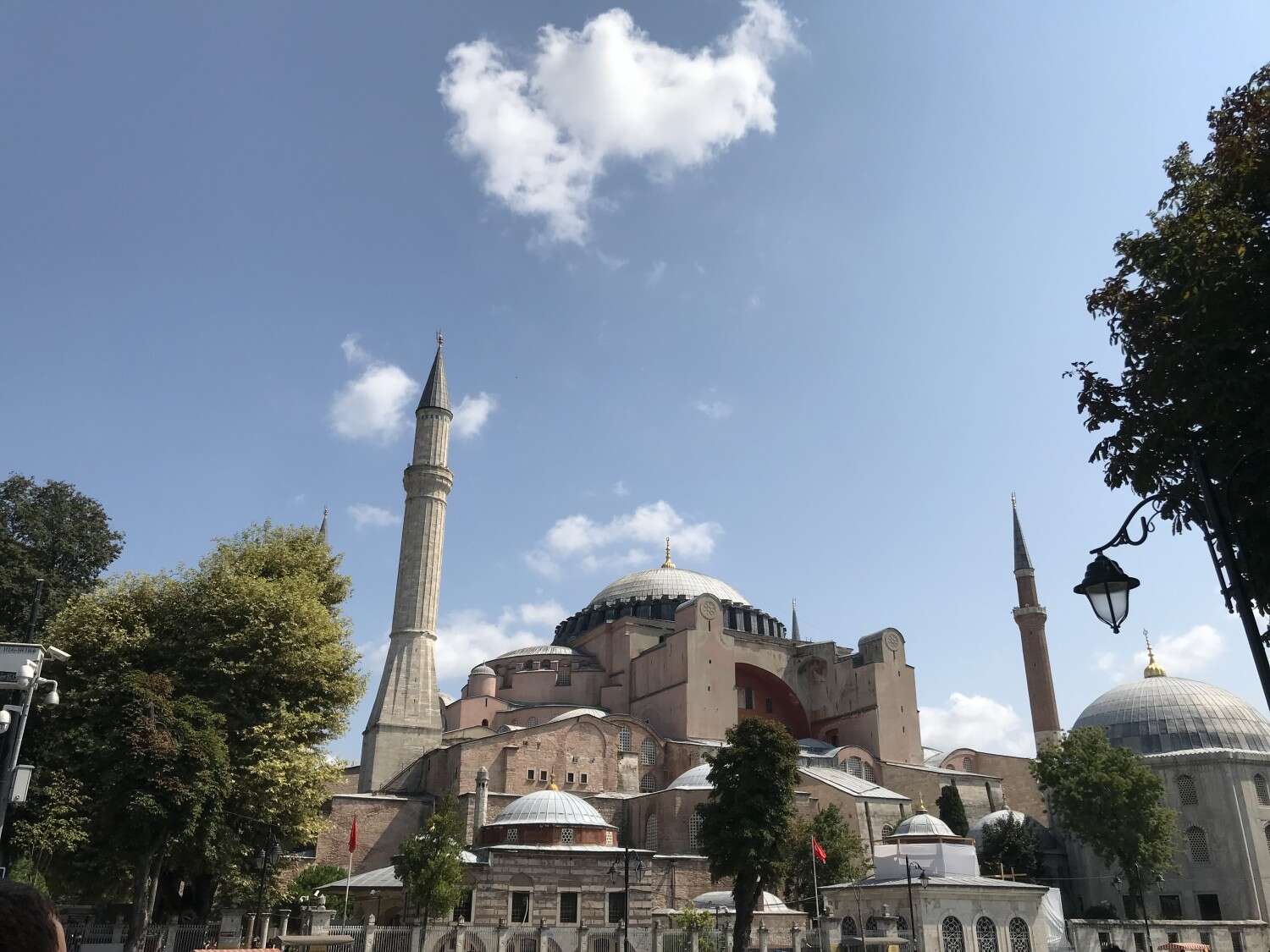 Hagia Sophia is a place with a truly unique history: for 916 years Hagia Sophia was a Christian cathedral, and then served as a mosque for another 482 years, so you should not be surprised at the Christian frescoes and quotations from the Koran under one dome. In 1935, Hagia Sophia became a museum, which is open to visitors every day from 9 am to 5 pm (in winter, from November 1 to March 31) or until 7 pm (in the summer season from April 1 to October 31). Ticket price: 60 TL (€ 9). 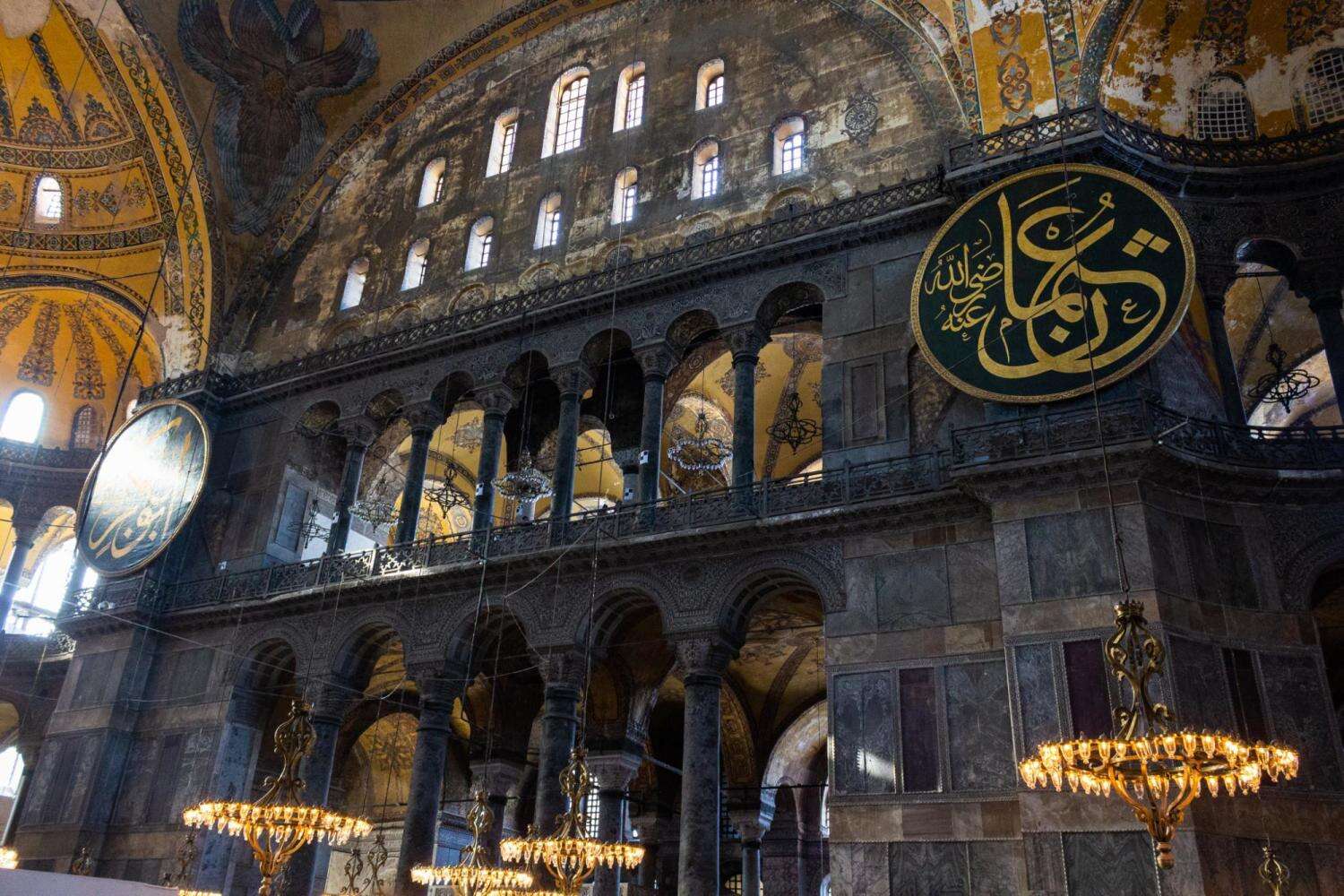 Sultan Ahmed Mosque is the historical mosque in Istanbul is better known as Blue Mosque because of the famous blue tiles that decorate the inner walls of the building. The initiator of its creation was the 19-year-old Sultan Ahmed I, who personally participated in the construction as a worker and died at the age of 28, in the year when the construction of the mosque was completed, which recorded his name in history. 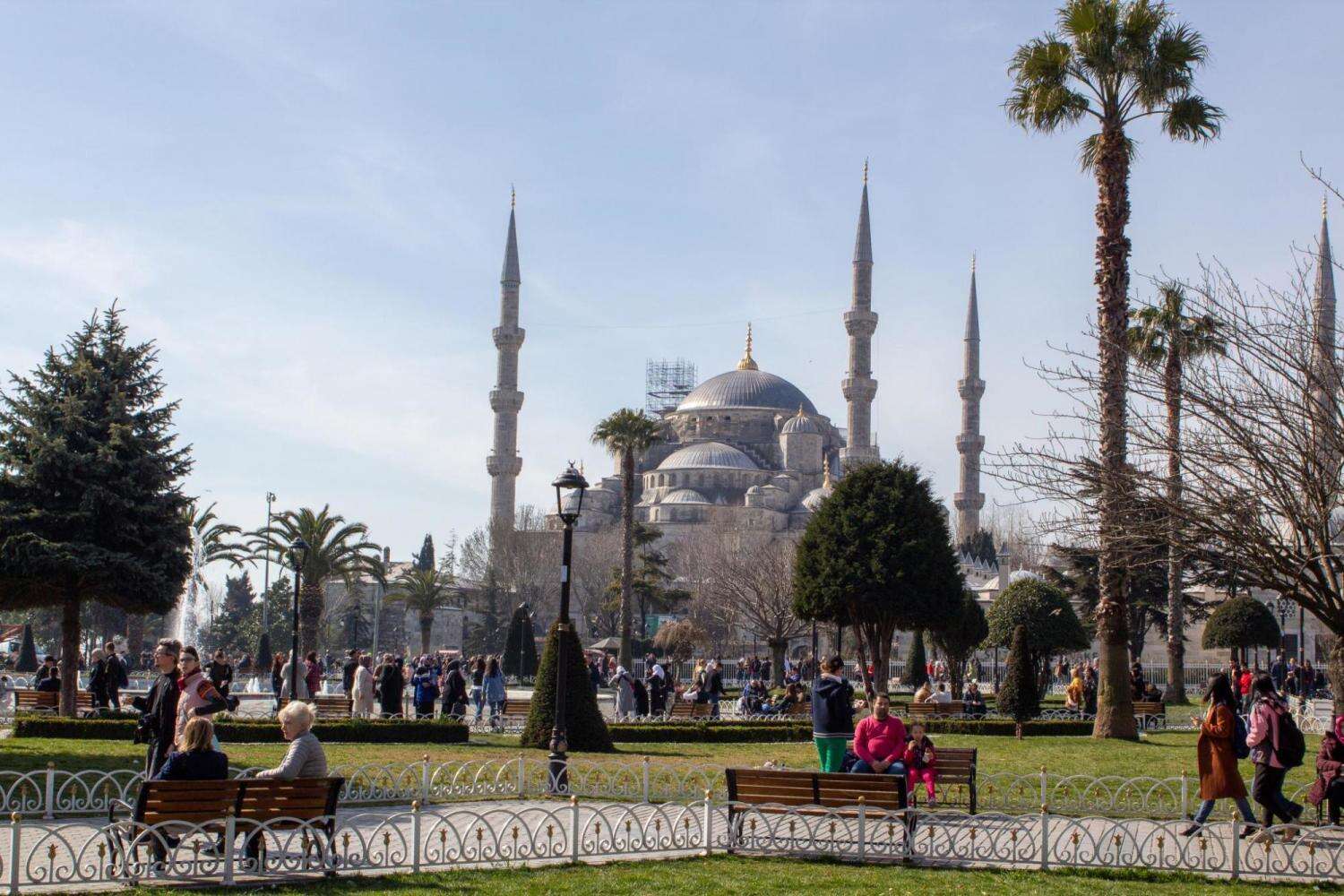 When entering the mosque, don't forget to take off your shoes, it is also forbidden to go in shorts or short skirts, and girls must cover their heads. Before entering the Sultan Ahmed Mosque, bags for shoes are given out to everyone, and you can also take long shawls for free if you need to cover bare legs and shoulders. 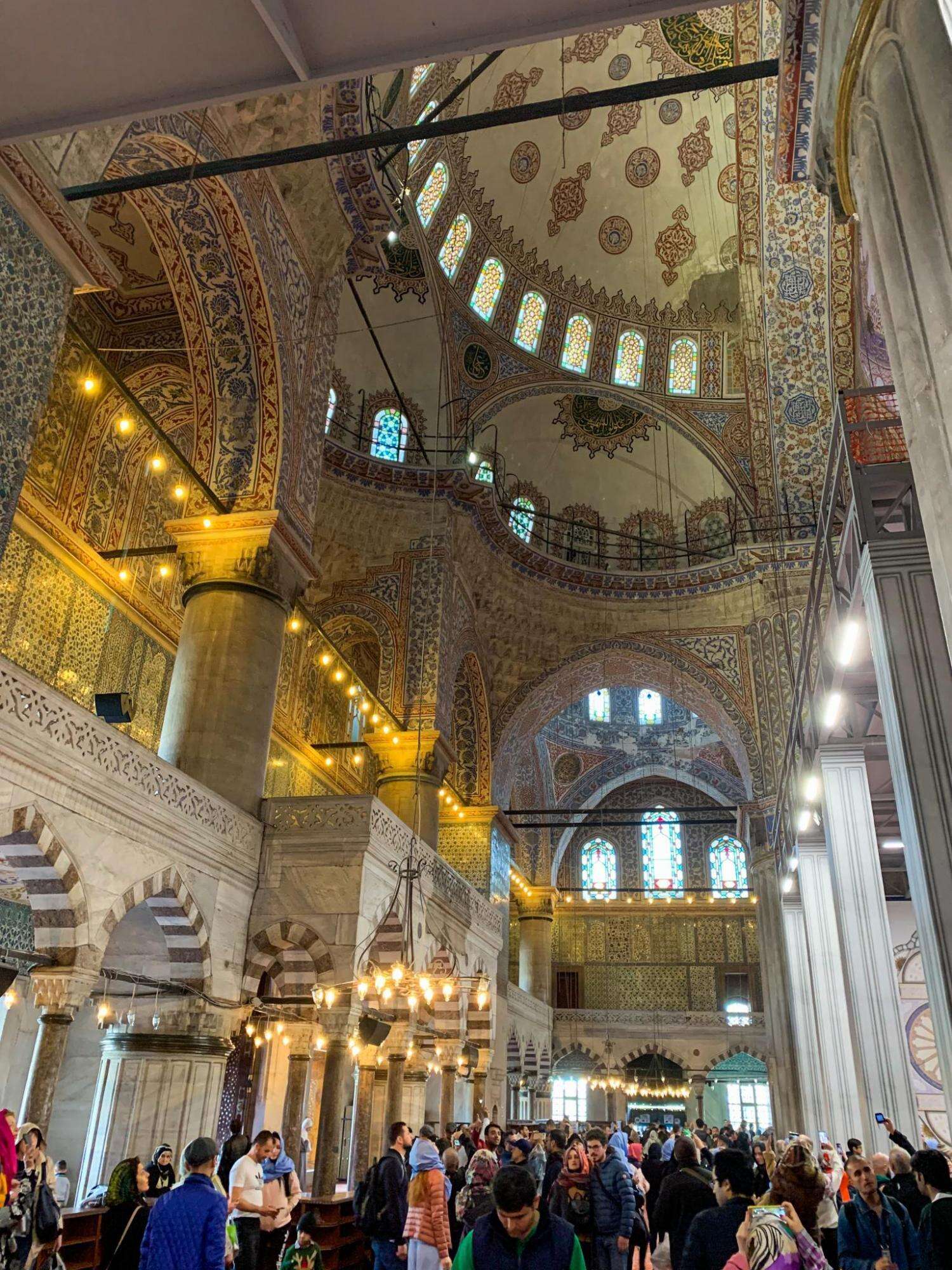 READ ALSO Travelling and the Idiosyncrasies of Neighbouring Cultures

Basilica Cistern is an underground reservoir, which is considered to be one of the most luxurious historical buildings in Istanbul. The 336 marble columns that rise from the water are so impressive that the locals began to call this place “the Palace that had fallen underground”. Particular attention is drawn to two columns with the image of the heads of jellyfish, they are shrouded in legends. 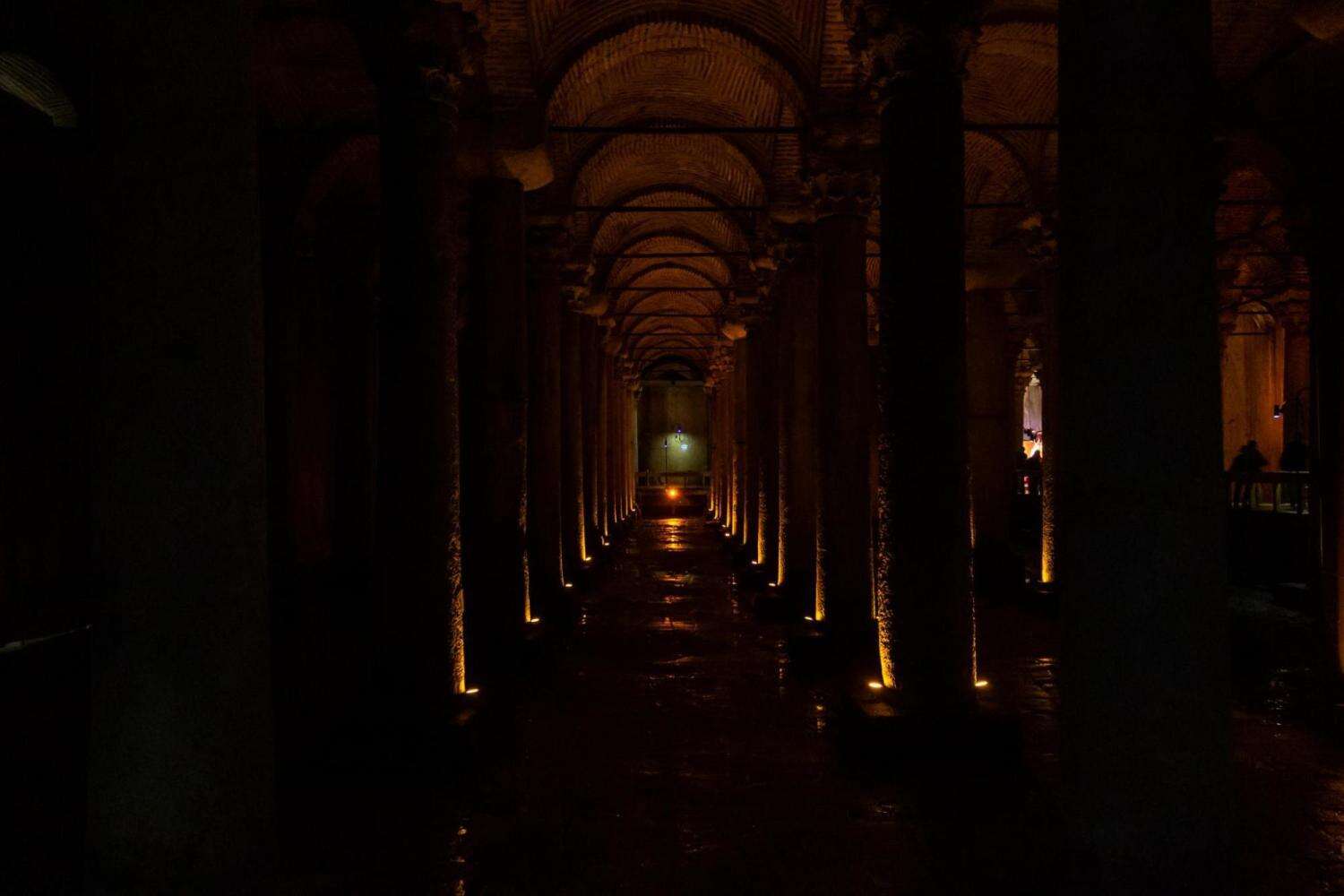 Suleymaniye Mosque, also known as the Mosque of Suleiman the Magnificent, is impressive in its size and territory. It is located at the top of the hill, towering above the Golden Horn, so apart from the mosque itself, you can see the beautiful panorama of Istanbul. 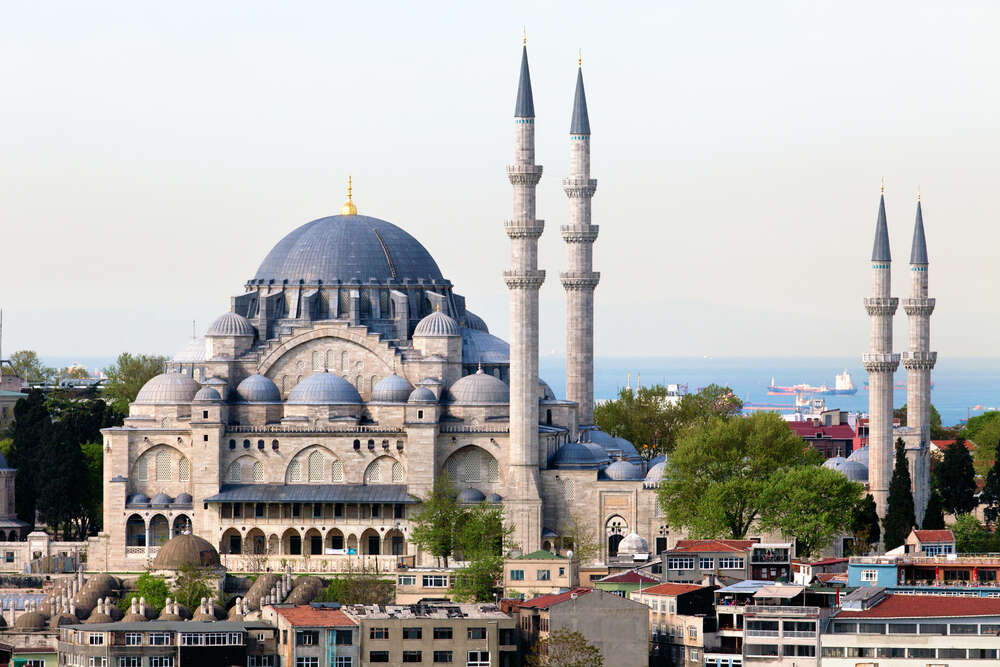 In the outer courtyard of the mosque there is an old cemetery, where such important people as Sultan Suleiman and his wife Hurrem were buried. She got her name after converting to Islam, but the world knows her as Roksolana. 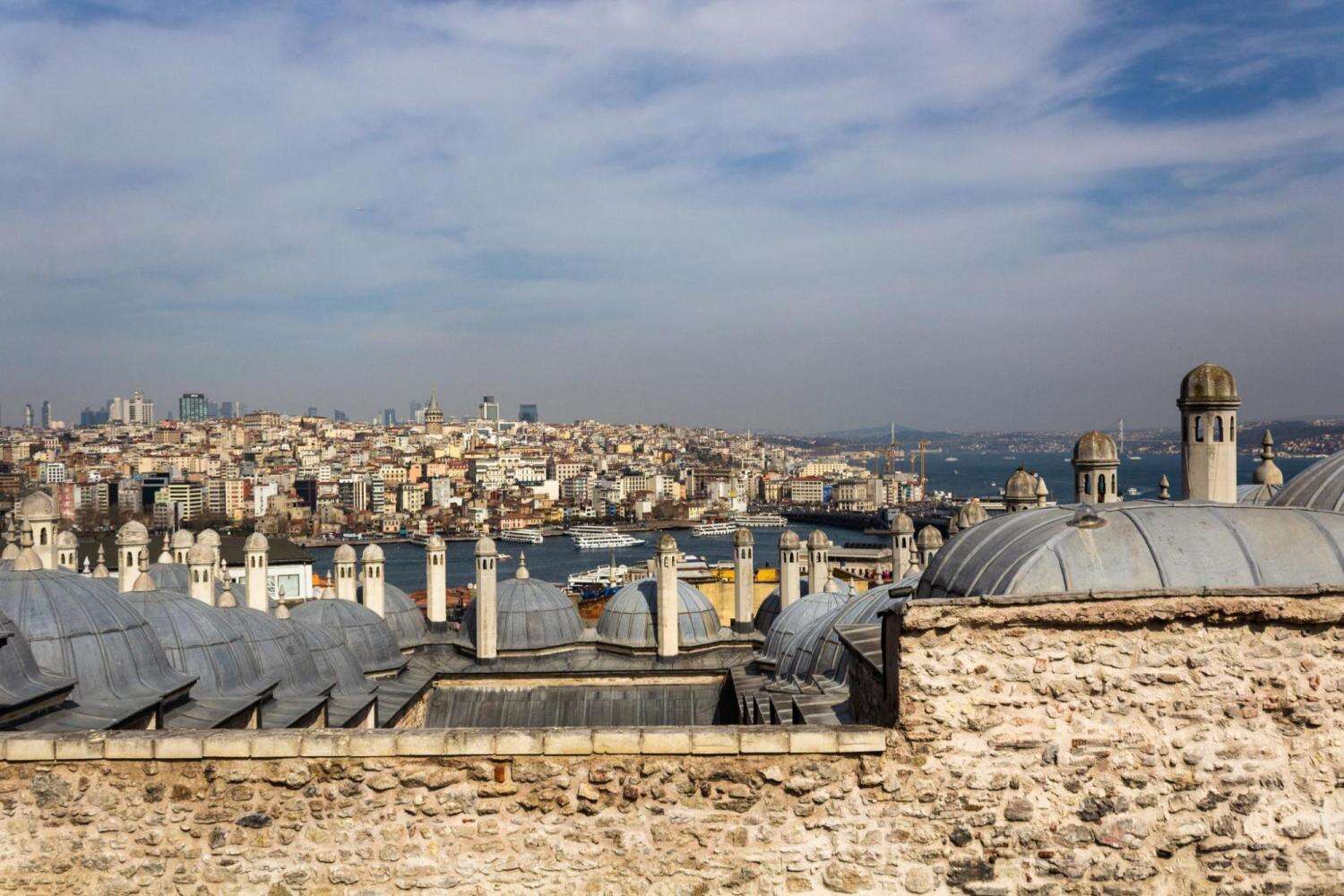 Dolmabahce Palace, the largest palace in Turkey with an area of 14,595 square meters, consists of a whole complex of various buildings along the European coast of the Bosphorus. The palace is impressive even at the entrance with its huge white gate - it is impossible to pass by without stopping for a photo. Photo and video shooting is prohibited inside the palace, so there is an opportunity to plunge into this atmosphere of luxury and wealth as much as possible. The Ceremonial Hall (Muayede Hall) deserves particular attention, as it is one of the most impressive palace halls with an area of more than 2000 square meters, 56 columns, 36-meter dome and the English chandelier, the weight of which is already 4.5 tons.

The residence is built on the principle of the Ottoman Palace and the Turkish house with the use of European styles - baroque, rococo and neoclassical elements, and it has as many as 285 rooms, 44 halls, 68 toilets and 6 bathrooms. 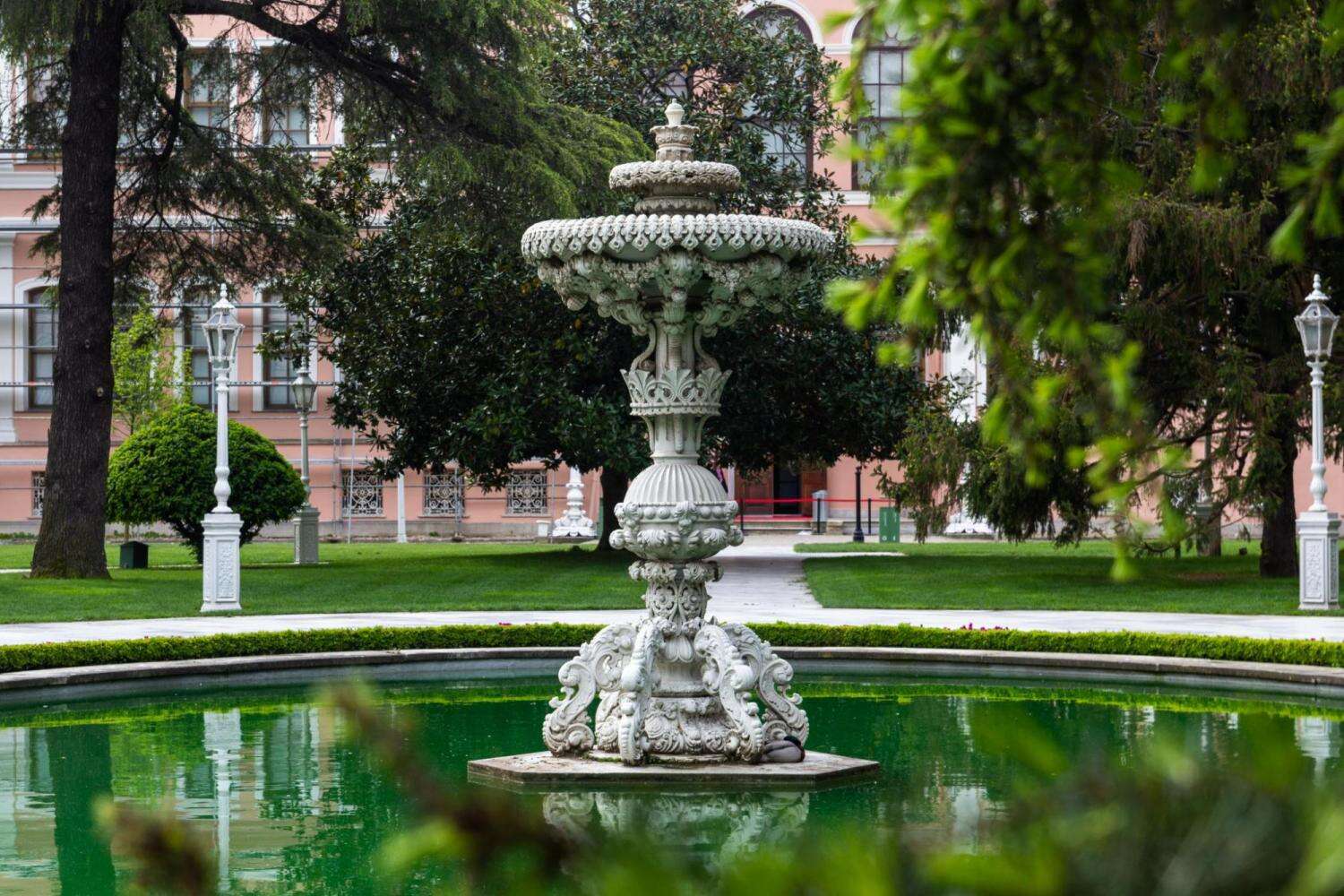 Dolmabahce Palace is open from 9:00 to 16:00 (except Monday), but the ticket office may be closed earlier if the daily limit for entrance tickets is sold out. The cost of visiting the main part of the palace is 60 TL (€ 9). There are also many other buildings on the site and you are going to need a separate ticket for each (from 5 (€ 1) to 40 TL (€ 6)). 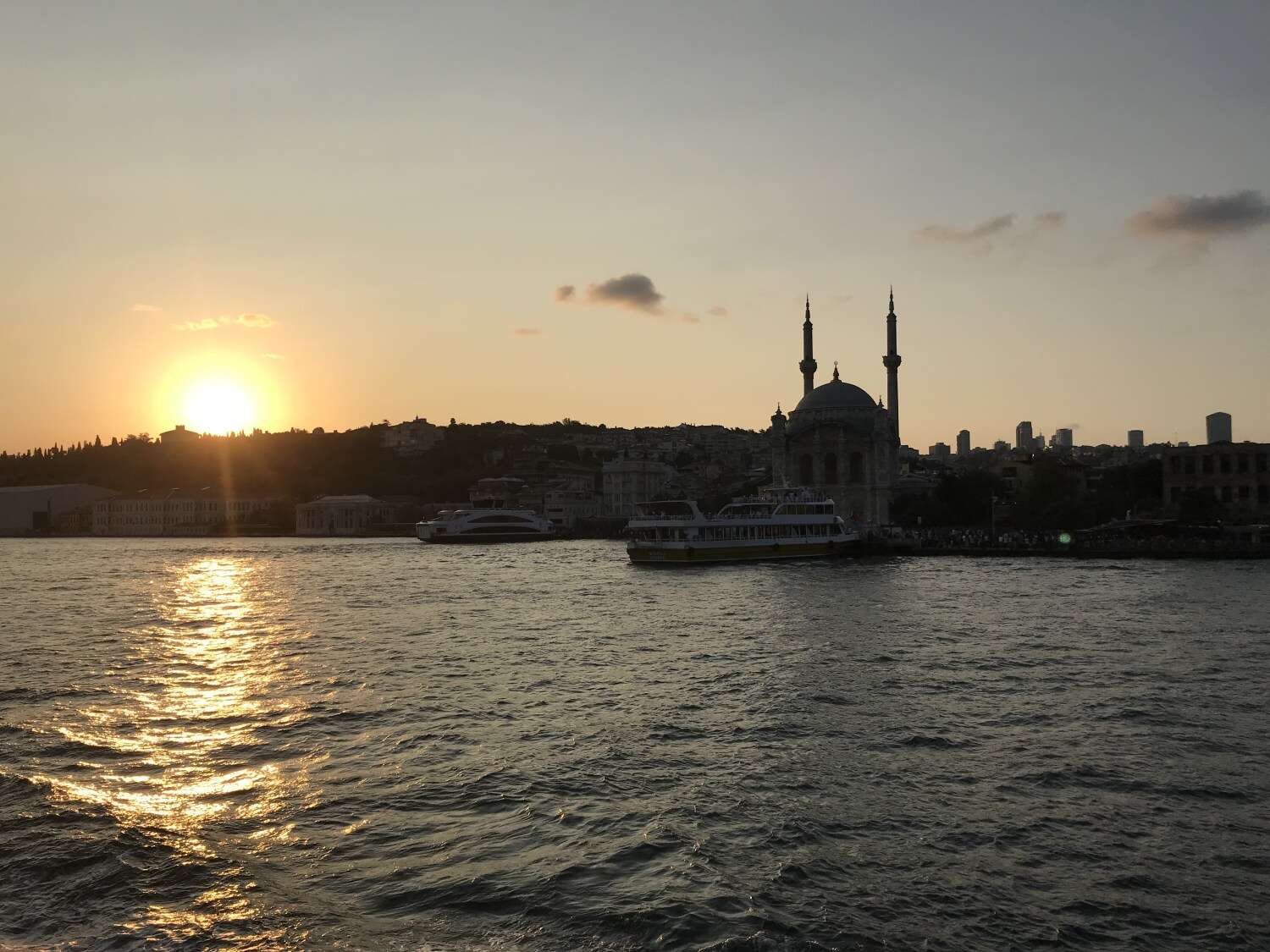 Istanbul is so bright and diverse - its atmosphere, sounds, smells have some magical effect, that you want to feel this city with your every cell and surely come back here more than once.