Machu Picchu is a mysterious and amazing place on our planet. It is an ancient citadel of the Incas and the main attraction of the Sacred Valley in Peru with the most famous ruins in South America. Hundreds of thousands of tourists rush to see the archaeological park, although getting to it is not so easy. And in 2007, more than 100 million people voted for Machu Picchu to be included in the list of the New Seven Wonders of the World.

With Travellizy Team, you will learn all the most important things when visiting a non-trivial attraction.

Machu Picchu is located on the ridge above the Urumamba River. At the foot of the mountain of the same name, there is the town of Aguas Calientes, famous for its hot springs. From this city, the road rises 9 km to the famous ancient settlement. 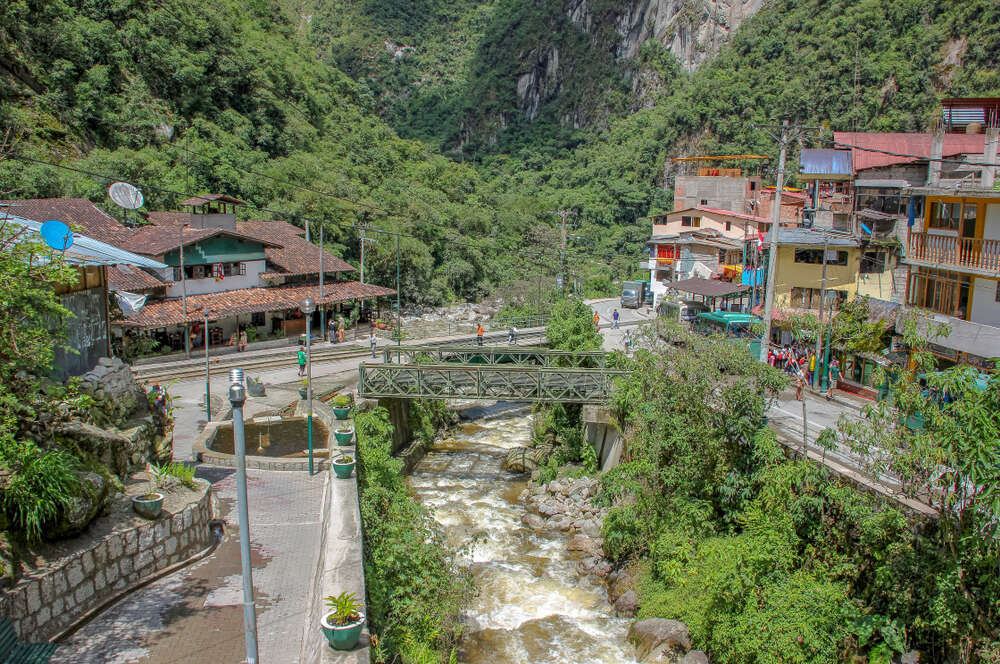 It is known that the Inca city was deserted in the first half of the 16th century. The Spanish conquistadors did not destroy it unlike other settlements. And today, the stone walls can be seen in almost the same form as they were originally built. But the city was not actually lost, as is commonly believed. 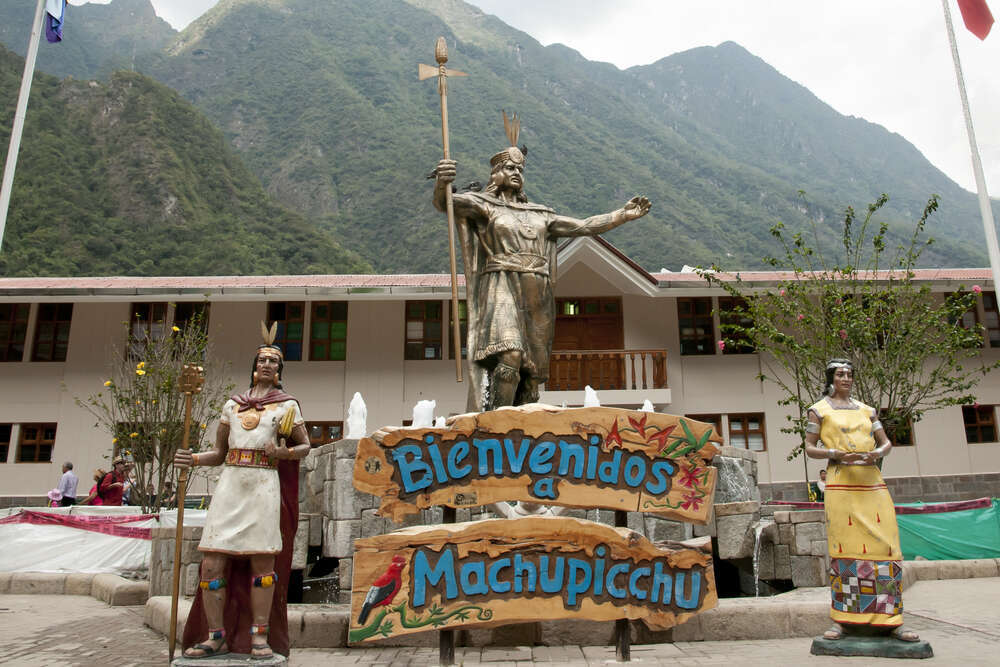 Machu Picchu was officially discovered by Hiram Bingham in 1911. But the settlement was known to European hunters for relics and treasures as early as in the 1860s. They profited from artifacts, which they sold to museums and private collections. And in 1874, the location of the Ancient City was documented by the German geologist Hermann Goering. All the time, free peasants lived in the city and used the territory for agricultural activities.

History and Mysteries of the Ancient City

Around 1440, the city was founded by Pachacutec, the 9th ruler of the Inca Empire. And according to the records of the Spanish colonialists, in 1532, the locals left the city and never returned here. The settlement existed less than 1 century. 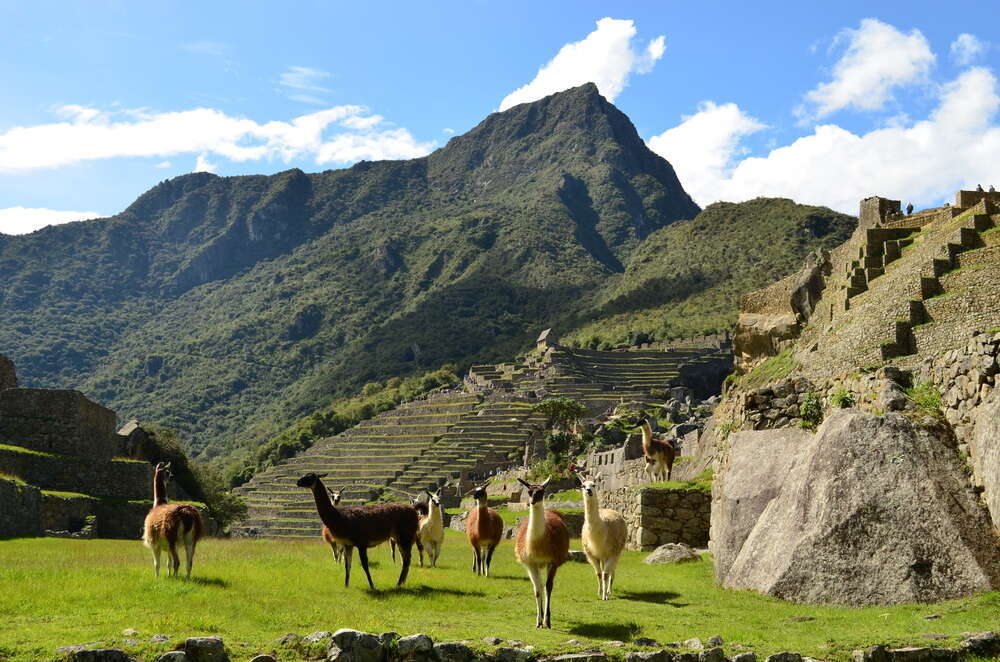 Why was it necessary to build a city on a ridge of 2450 m? Some people believe that this is a sacred mountain shelter. Others think that this is the summer house of the ruler. Others suggest that prisoners were kept here, or the plateau was used for astronomical observations. But the large number of terraces leaves no doubt: they were engaged in agriculture and cattle breeding. And the temples indicate the religiosity of the locals. 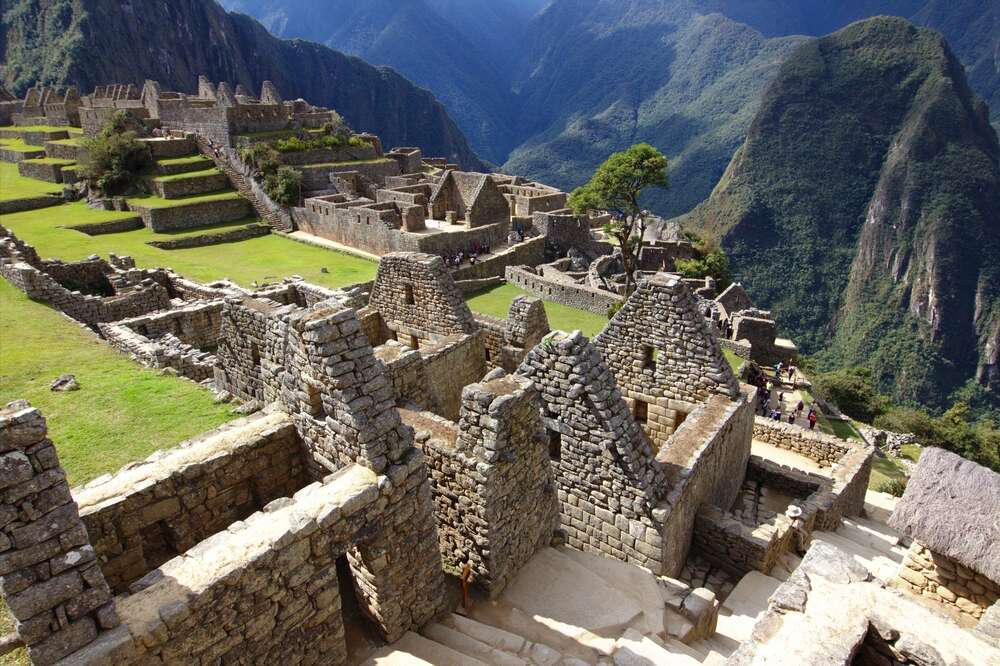 Hundreds of other questions arise as well. Why did the townspeople, occupying positions inaccessible to the Spaniards, not even try to repulse the army, but disappeared? How did they move the boulders along the stepped path? How were the stones fit? Indeed, according to the laying of houses, one can say for sure that the buildings were erected by professionals. How much effort did it take to create a unique drainage system?! A 750-meter canal running from a source in the mountains supplied the settlement with water.

How Machu Picchu is arranged

The Ancient City is well structured. In the east, there is a city sanctuary with an altar. In the southwest, there is a prison and houses of aristocrats. In the west, there is a residential area with a labyrinth of narrow streets, which often turn out to be dead ends, and terraces that drop off. The royal tomb, royal court, ritual fountain and bastion (Sanctuary of the Temple of the Sun and Shelter) are located in the southeastern part. 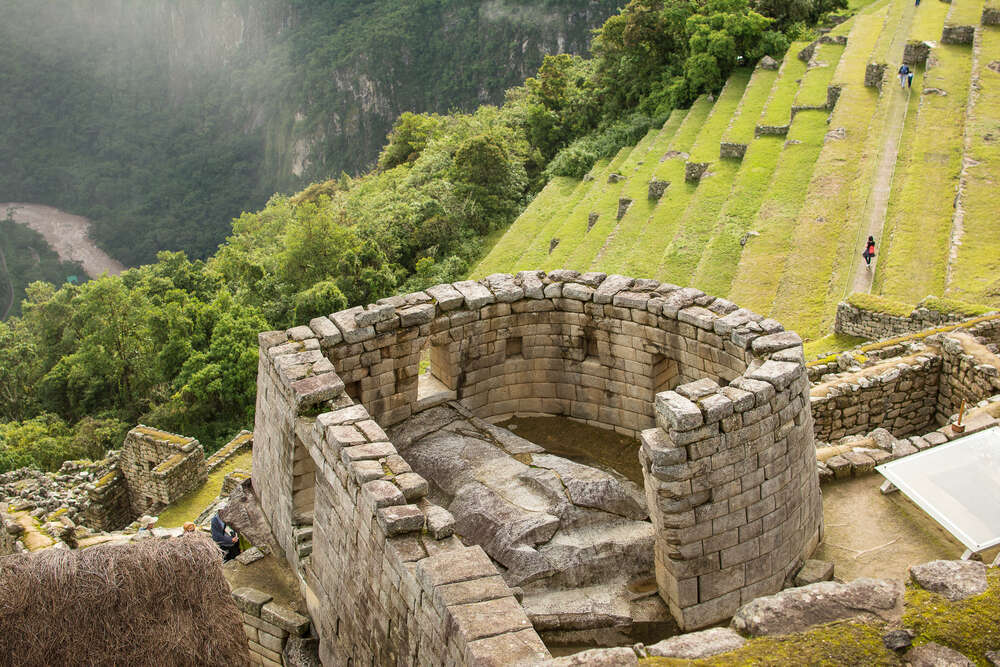 The researchers found a grotto under the bastion and hoped to find the mummies of the emperors there. Despite the fact that the mummies were never found, many still consider the grotto as a mausoleum for rulers. 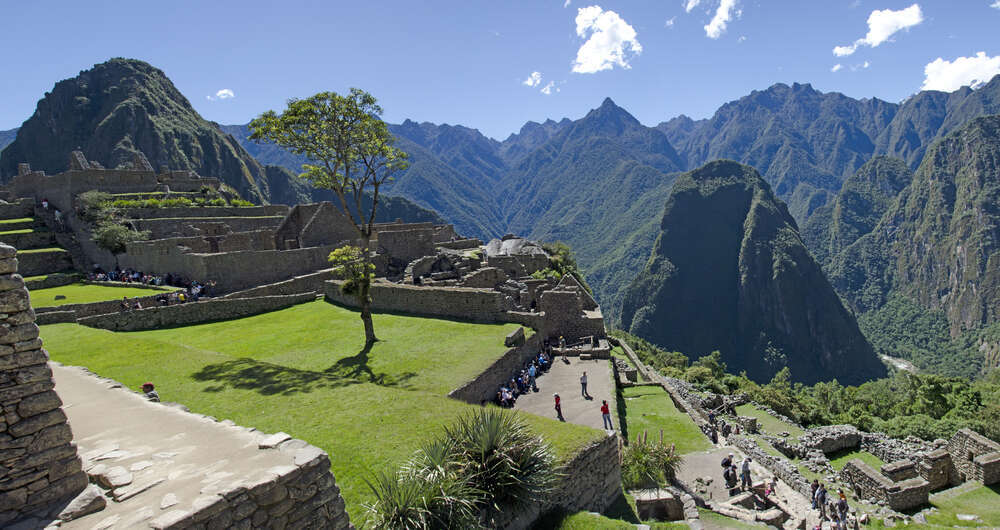 Created multi-tiered terraces add a special flavor to the area. Their total area can be equal to several football fields. Above the terraces, there are the house of the guards, the city cemetery and the burial stone.

Interesting places of the city

Besides the fact that simply walking around the city will be interesting, take time to find iconic places.

The main square contains the Intihuatana ritual stone, which used to help in determining the solstice. After that day, the planting season could begin. Similar stones used to be in all ancient Indian settlements, but they were destroyed by the colonialists. Only in Machu Picchu, the stone was preserved. 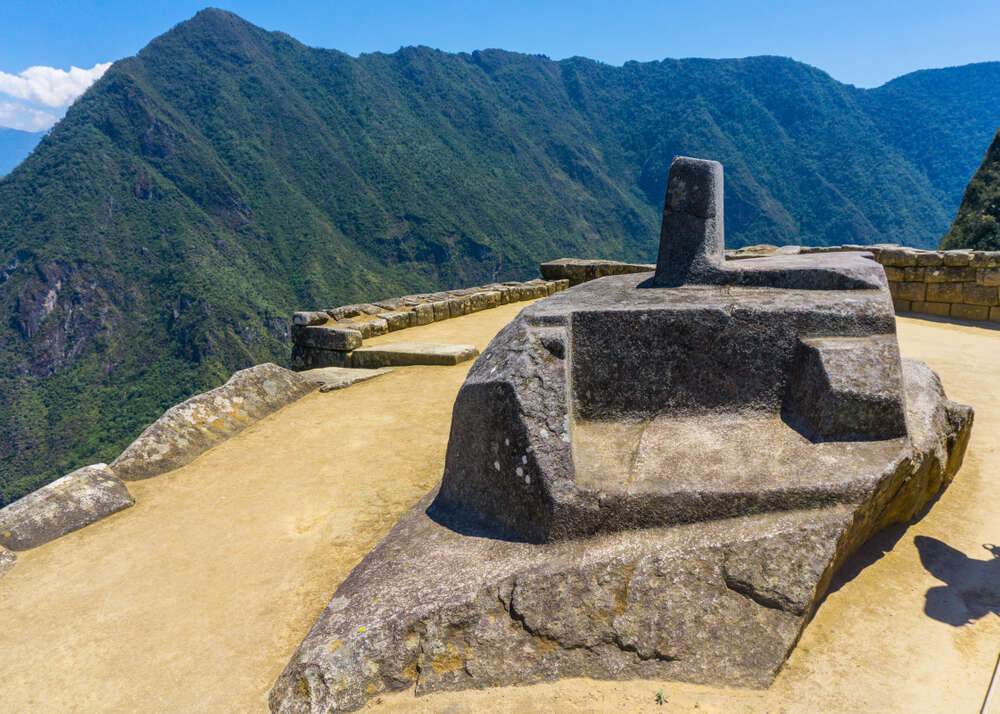 The ritual fountain is located near the Temple of the Sun. It was here that the water was brought along a 750 m canal. There were 16 such water baths in the city. 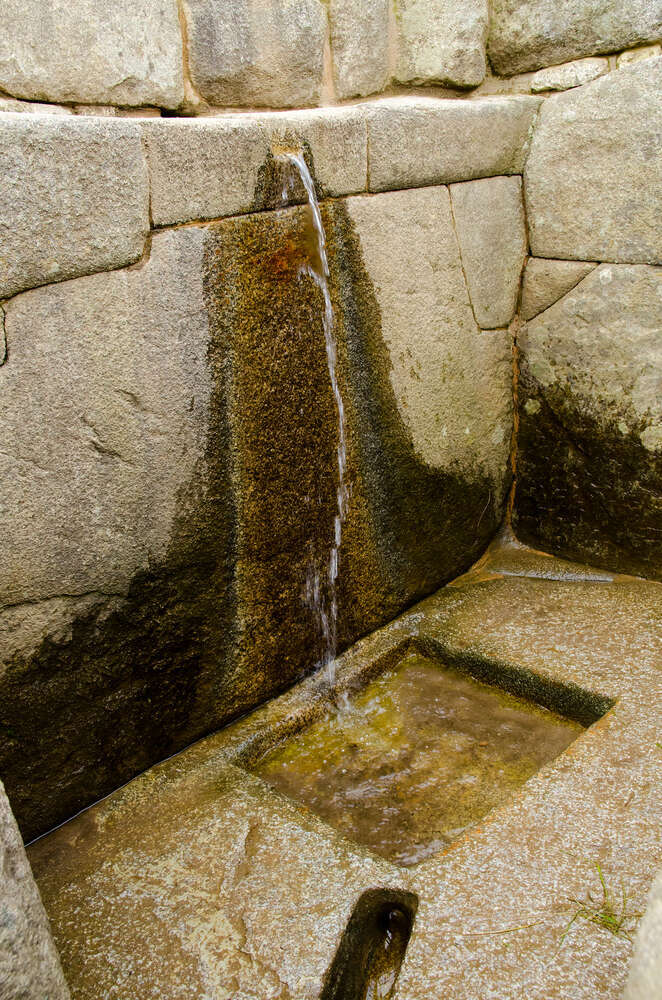 The largest building on Machu Picchu is the Temple of the Condor. The modern name of the sanctuary is due to its appearance, which resembles a vulture with open wings. Under certain lighting conditions, the temple's shadow completely covers the area in front of the temple, resembling a familiar huge bird. 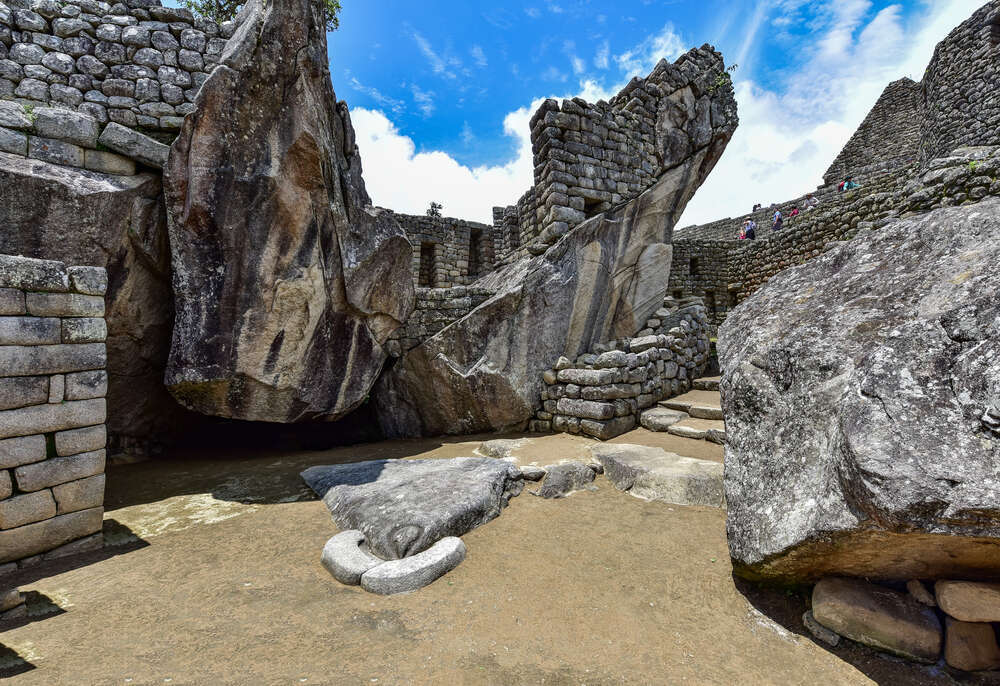 Since 2011, 2500 people a day have been allowed to Machu Picchu, in groups of no more than 400 people. You should take care of buying tickets in advance. Reservations are possible 2 months before the planned visit. 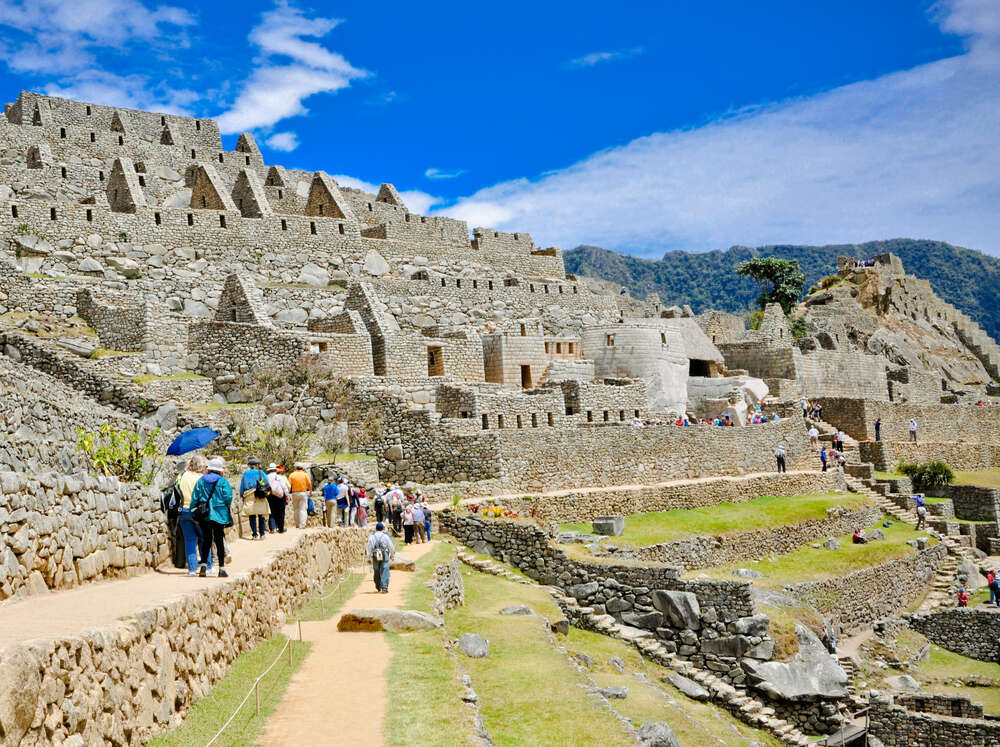 It is more convenient to come to Machu Picchu from the city of Cusco by train. An online round-trip ticket will cost € 50. A one-day tour with road, entrance ticket and guide services will cost € 280.

A paid bus can take you to the very city of the Incas. It starts at 5:30 in the morning, but there is no exact timetable. Minibuses leave as they fill up. A bus ticket can be bought in advance at a kiosk on the main street, next to the bus stop. The fare is € 20 in both directions. 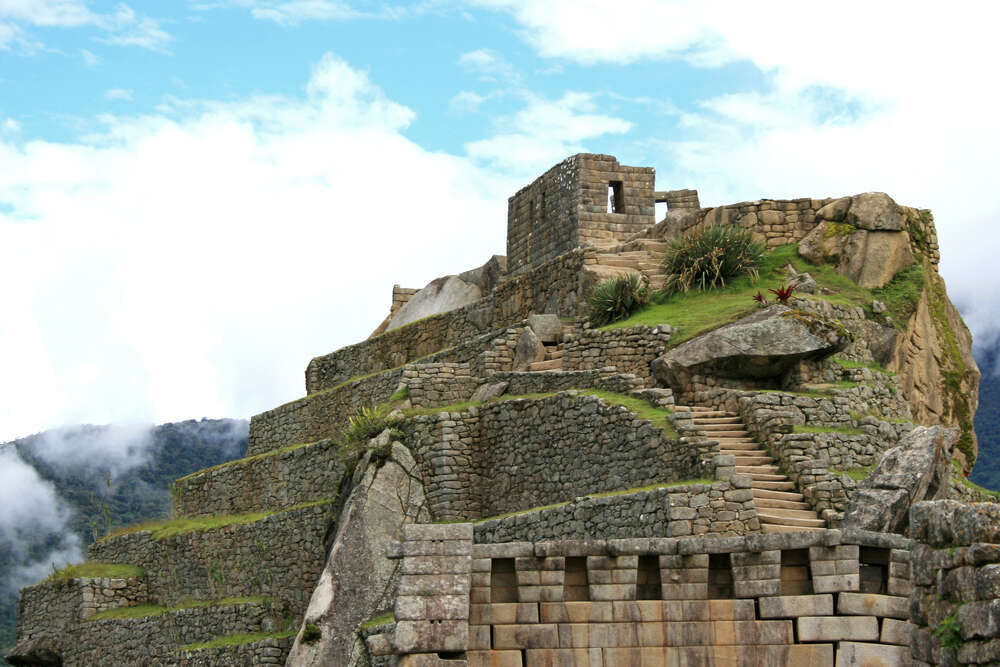 Important information. Even at the earliest hour, there are many who want to get a seat in the salon. So, you need to come early.

The admission to the park is carried out not only with a ticket, but also with a passport. Otherwise, access will be denied.

Choosing a ticket with the option of climbing the mountain, don't throw it away immediately after entering the park. You will need your ticket and passport again to get to the top.

To avoid the large number of visitors, tourists prefer to stay in the city on the slope. This allows you to visit the mountains in the early morning or closer to the closure of the park. 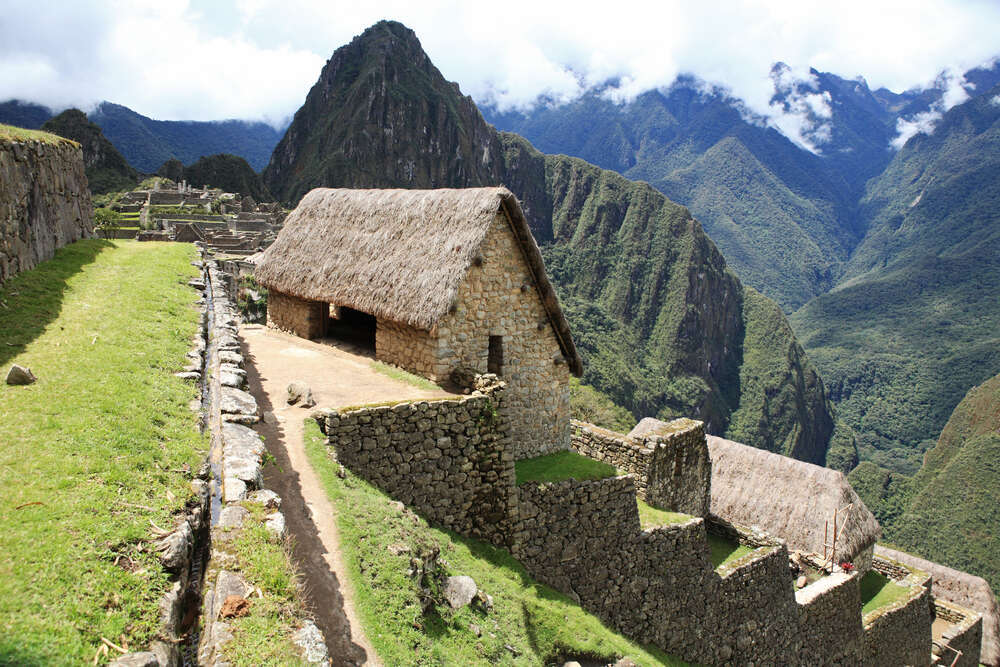 The peak of the tourist flow is in the summer months: June-August. The rainy season lasts from November to February.

Travelers are advised to conserve strength and not to climb the 9-kilometer trail on foot. After all, you still have to walk a lot through the Ancient City, and the viewing platforms of the peaks.

In the archaeological park, you can climb to Machu Picchu and see only the city, as well as additionally climb the peaks of the Huayna Picchu mountains, 2681 m high, or Machu Picchu, 3061 m high. From here, you can see the serpentine road, tropical jungle and the ancient settlement itself.

When choosing a tour to the mountain peaks, consider your well-being (!). Difficult paths and thin air complicate the path for those who suffer from cardiovascular diseases. 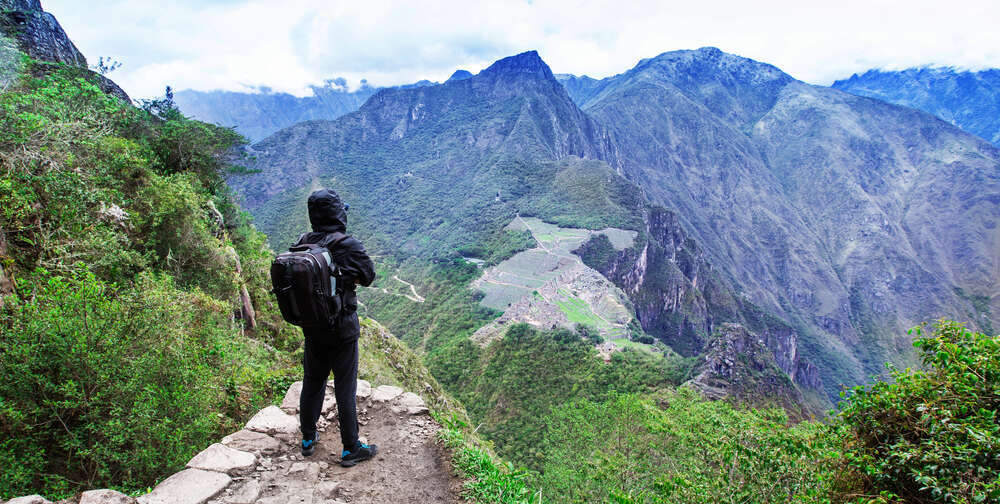 For sightseeing, choose comfortable, non-slip, low-heel footwear. In the rainy season, bring a raincoat and a windbreaker. In summer, wear a loose T-shirt, pants, water, hat and mosquito cream. Don't forget to grab some snacks anyway. 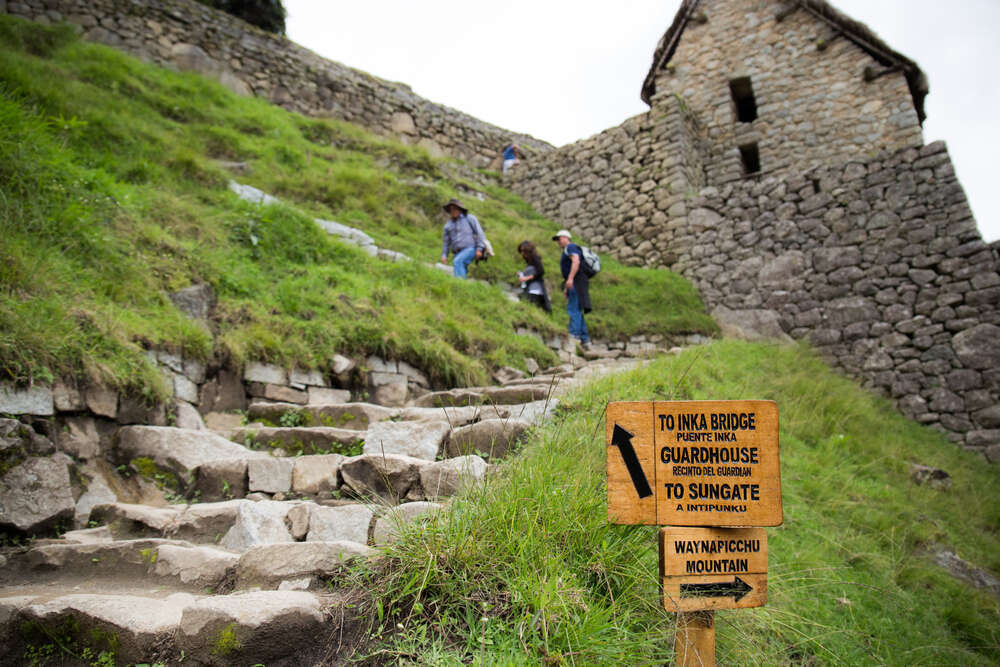 It will take 1.5-2 hours for a leisurely independent walk through the Ancient City.

It takes 30 minutes to climb Mount Huayna Picchu and up to 4 hours - ascent to the top of Machu Picchu.

There are no shops or a toilet in the Ancient City, all questions need to be clarified before you enter. There is a luggage room at the entrance.

You can hire a guide right at the entrance to the park. 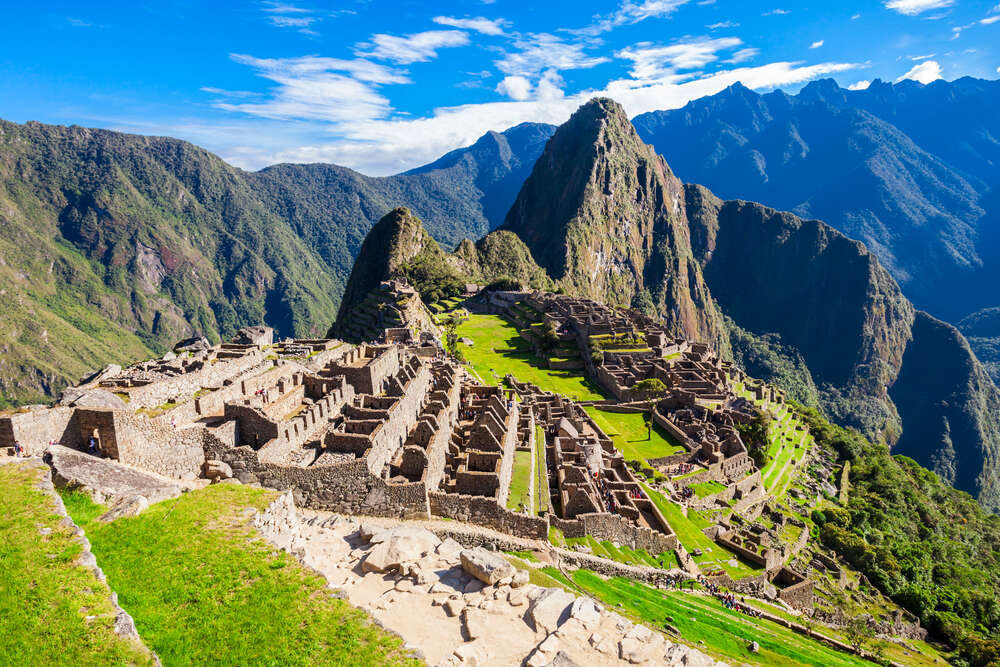 Travellizy experts suggest visiting Machu Picchu for those who have much energy! For those who love unforgettable views! For those who are interested in historical settlements and mysteries! Go ahead for the magic of the Ancient City!