A tourist route through the center of Madrid: where to go, what to try and where to relax

Let's go to the Spanish capital with Travellizy! We will walk around the city, get cultural education in world-famous museums, and also try delicious tapas and the famous churros. Our team has already drawn up a route around Madrid, you just have to buy tickets, book accommodation and go on a new trip!

Where to start a walk through Madrid

We start our walk through Madrid from Plaza de España, the largest square in the whole country. Its main attraction is one of the tallest buildings in the city called España, built in 1953 in the neo-baroque style. Also in the center of the square, there is a monument to the world famous Spanish writer Miguel de Cervantes, and Don Quixote and Sancho Panza, the heroes of his most famous work, stand next to him. 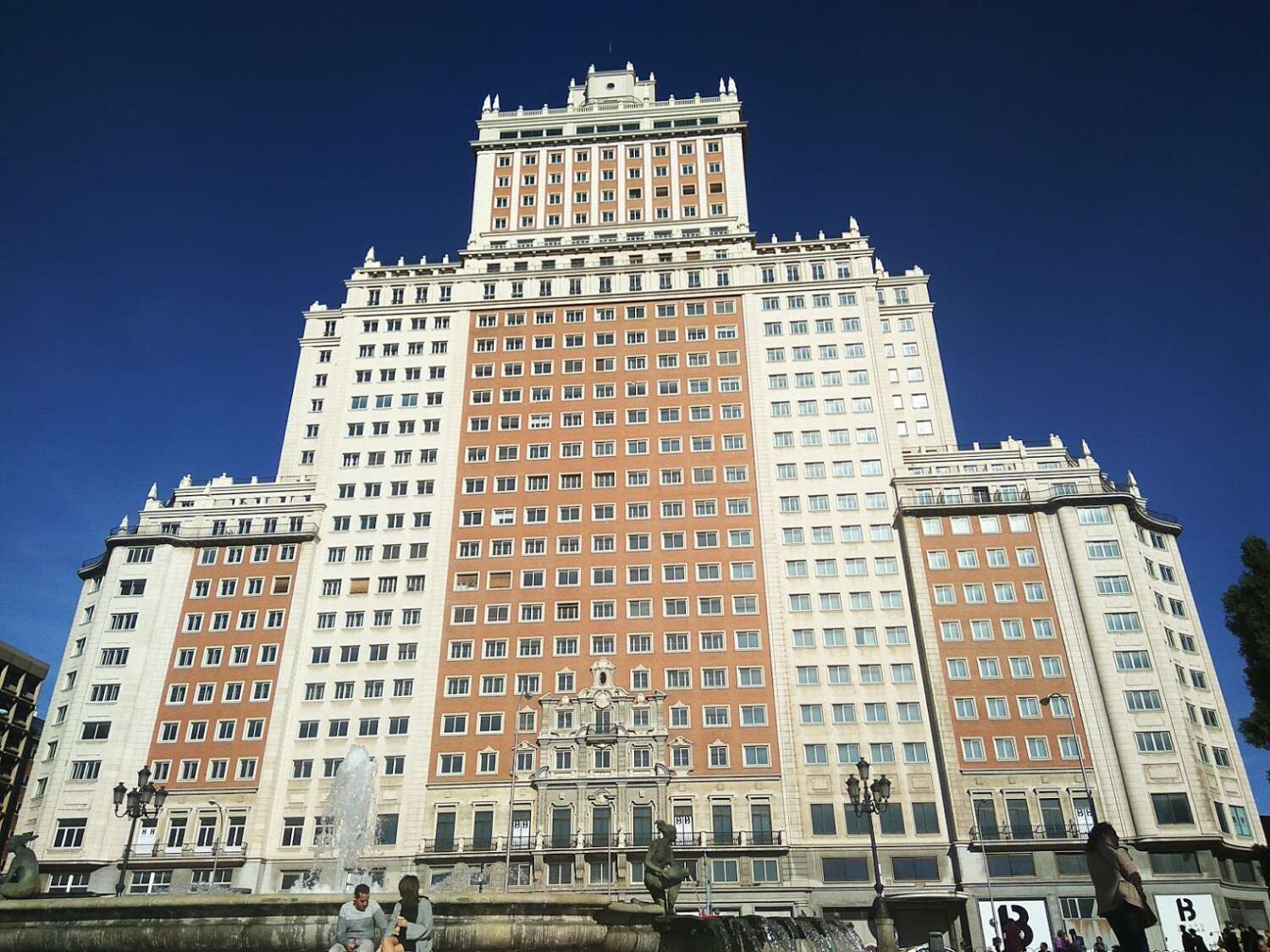 Just an 8-minute walk from Plaza de España, on Bailen Street, you will find the Royal Palace, one of Madrid's main attractions and the largest royal palace in Europe. The building has approximately 3,500 rooms that display works of art and antiques. The Royal Palace is the official residence of the King of Spain, but now, it is more used for celebrations and as a museum, so everyone can get there on an excursion. 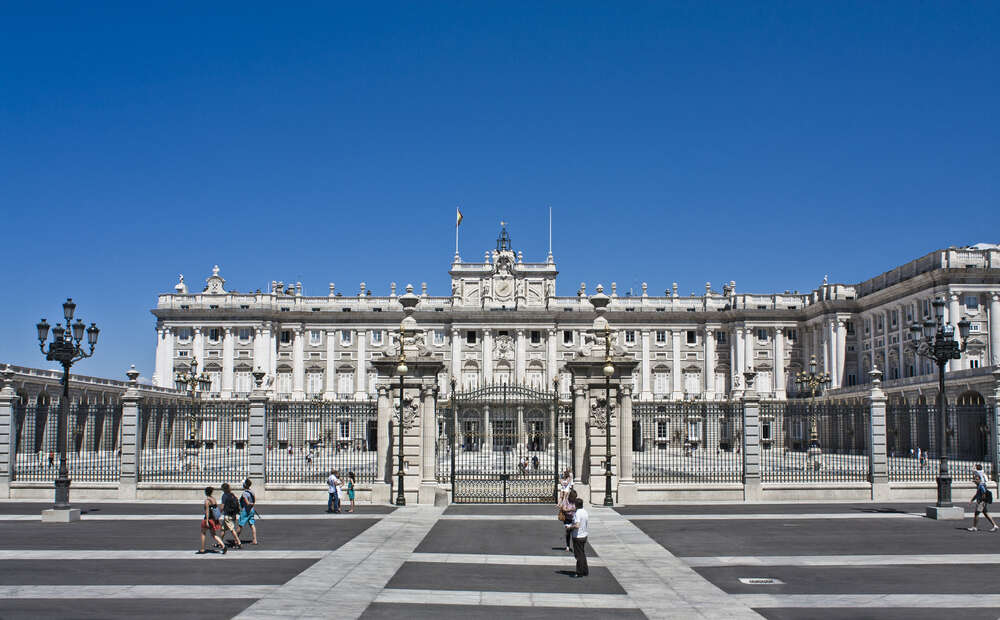 The walk will be long, so we recommend you to look immediately at the Market of San Miguel, which is just along the route. This is a real center of gastronomic culture, which has been operating since 1916 and offers dishes from different Spanish regions. The building of the Market of San Miguel is divided into 3 sectors: bread products and pastries, seafood and the most popular tapas (here you can have a snack and taste traditional Spanish dishes).

Near the market, there is another central square of Madrid - Plaza Mayor, which was the site for execution during the Spanish Inquisition, and also served as a spontaneous and Christmas market for local residents. 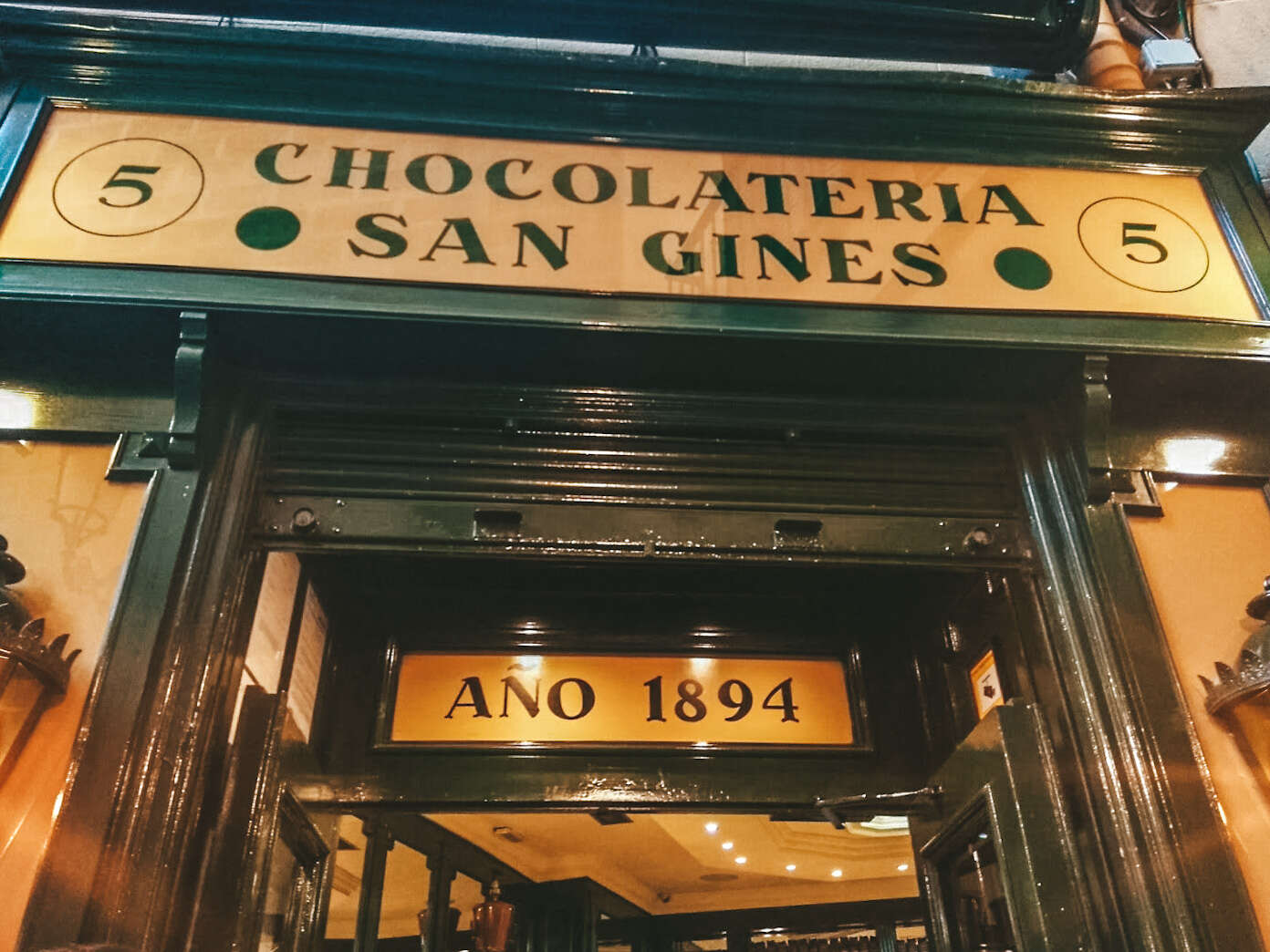 We advise those who love sweets to visit the historic chocolate cafe San Ginés (Chocolatería San Ginés), to experience that special atmosphere, sitting at a traditional table made of white marble and savoring their famous churros with chocolate, which have been prepared here since 1894! 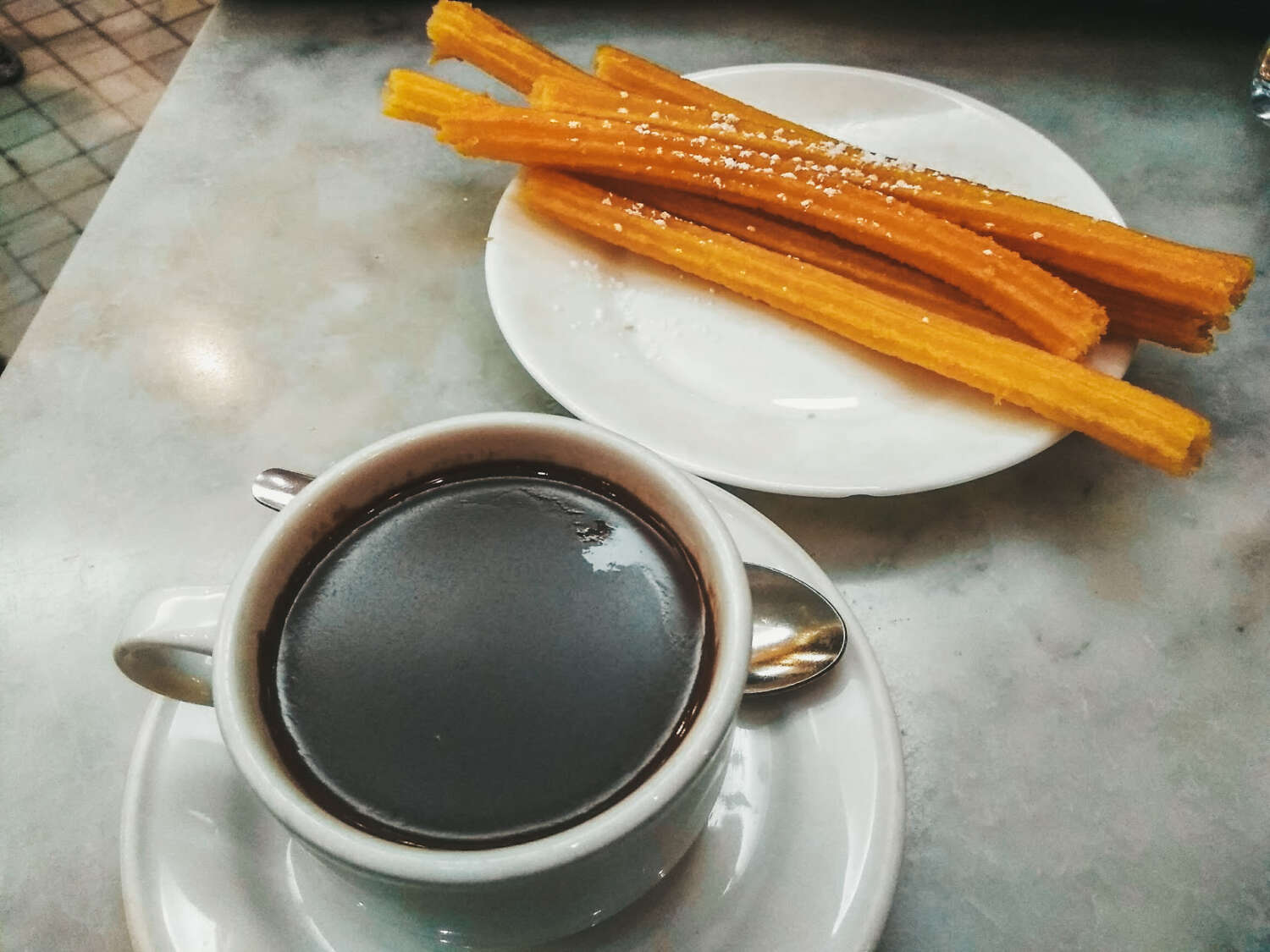 Then, we move towards the Golden Triangle of Arts - the Thyssen-Bornemisza National Museum, the Prado Museum and the Reina Sofia Art Center. Each of them has its own unique collection, so we recommend you to decide in advance, what exactly you want to see.

The Thyssen-Bornemisza Museum presents the whole history of European painting from the Middle Ages to the end of the twentieth century, and the museum fund houses more than a thousand works of art. Previously, the collection was private and belonged to the Thyssen-Bornemisza family, but since 1993, the museum has become public. 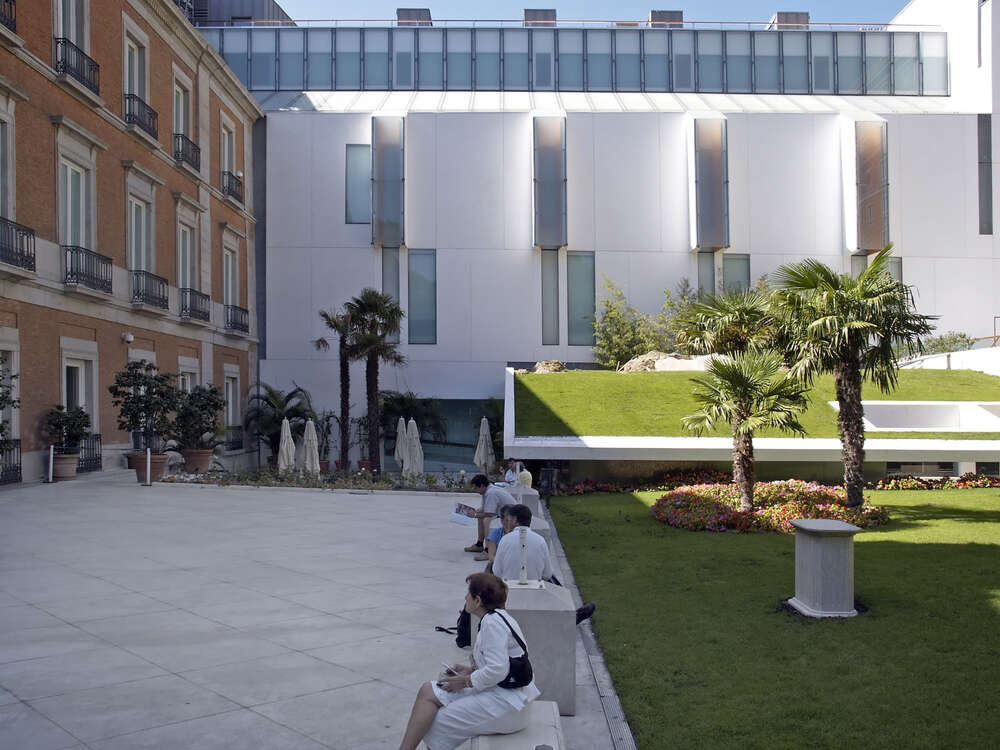 Some museum collections can be seen online at Google Arts & Culture.

The Prado National Museum was designed by the architect Juan de Villanueva back in 1785, but it was first opened to visitors in 1819. The Prado Museum is considered to be one of the oldest and most important museums in Europe, and also has the most valuable world collection of Spanish painting. 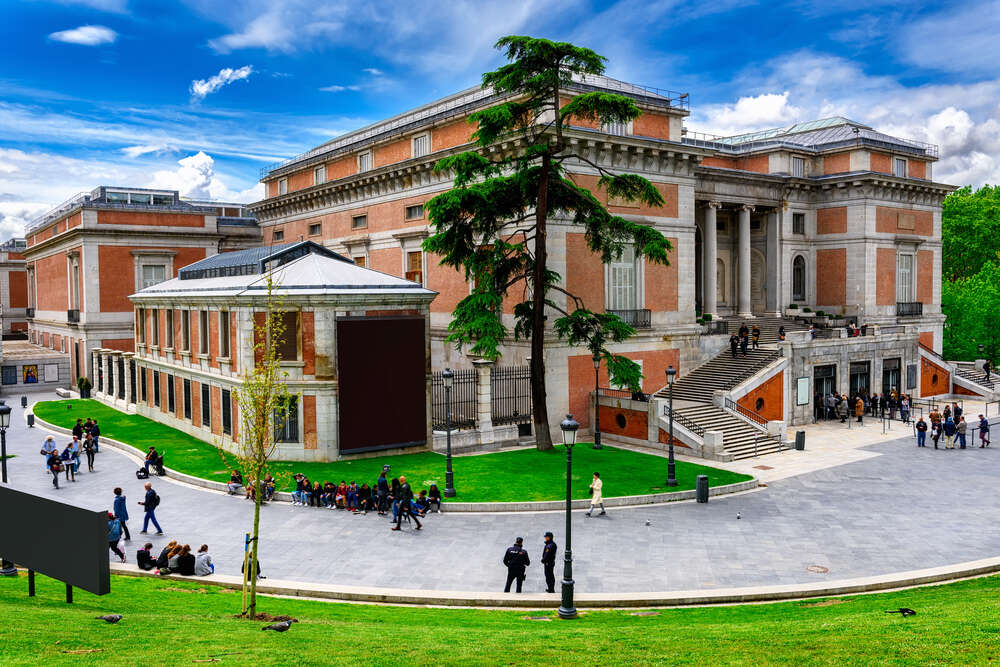 The Reina Sofia Art Center closes Madrid's Golden Triangle of Arts. This art museum also has a huge collection, and its main asset is Guernica by Pablo Picasso, which occupies almost the entire floor.

You can also see some of the center’s exhibitions at Google Arts & Culture. 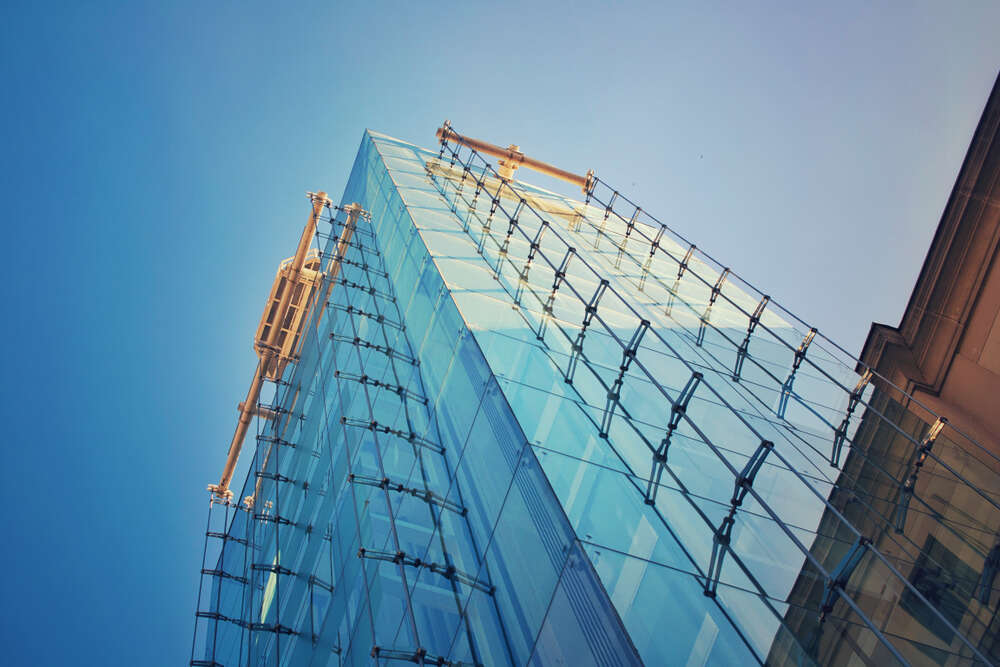 Where to relax in Madrid

After such an intense visit to museums, it's time to relax in Retiro Park, which is located right behind the Prado Museum. The area of Retiro Park reaches 120 hectares, making it one of the largest parks in Madrid. You can spend here a whole day, but if time is limited, then look at its most popular objects - Crystal Palace, Statue Walk, Velazquez Palace, Rose Garden, Galapagos Fountain and Big Lake. 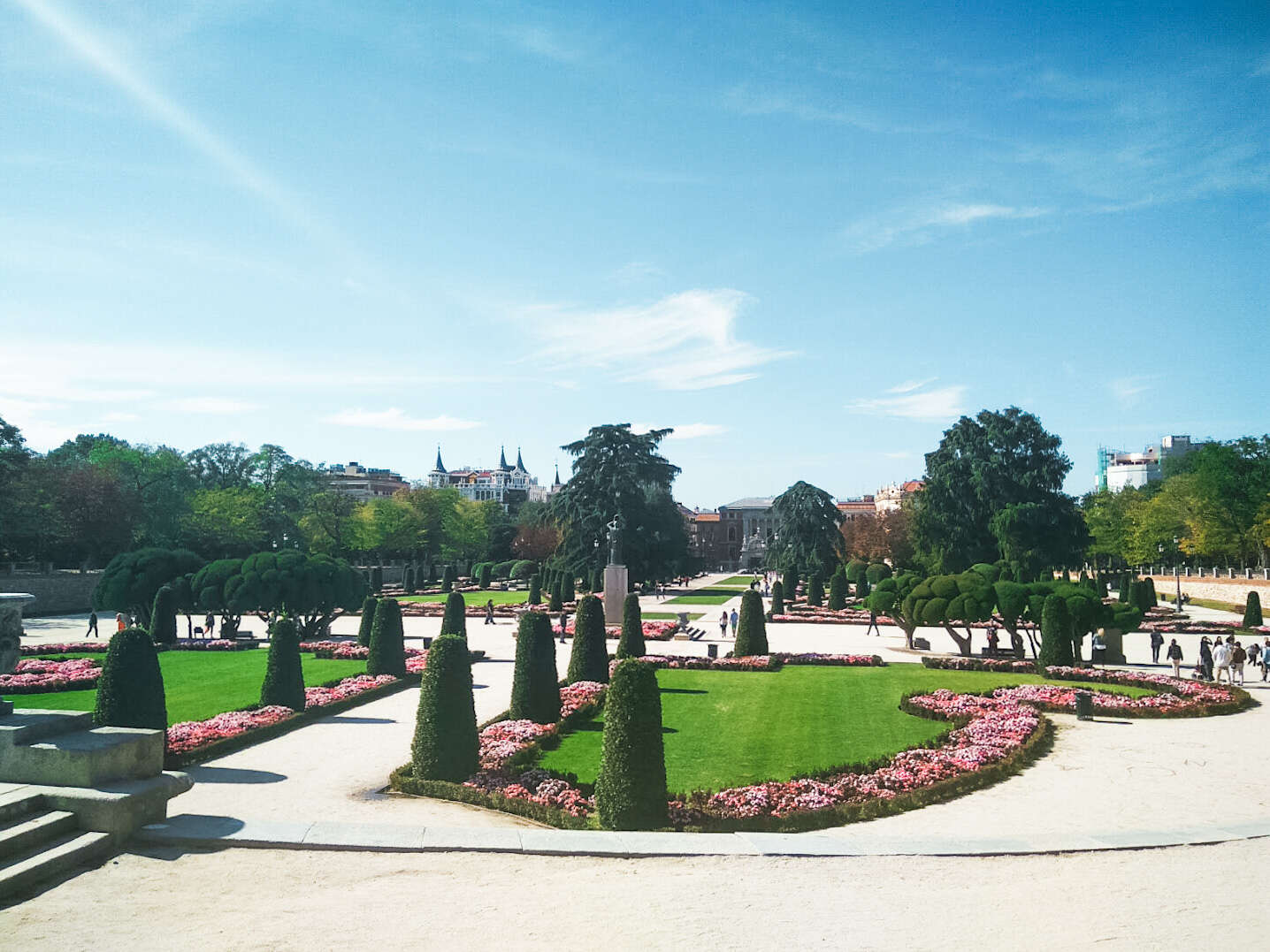 If you leave the park through the gates of Alcalá, you will still see the Cibeles Fountain, which is located in the center of the traffic intersection between two important buildings - the City Council of Madrid and the Bank of Spain. Both buildings are interesting for their architecture, and the city hall looks like a Gothic palace. 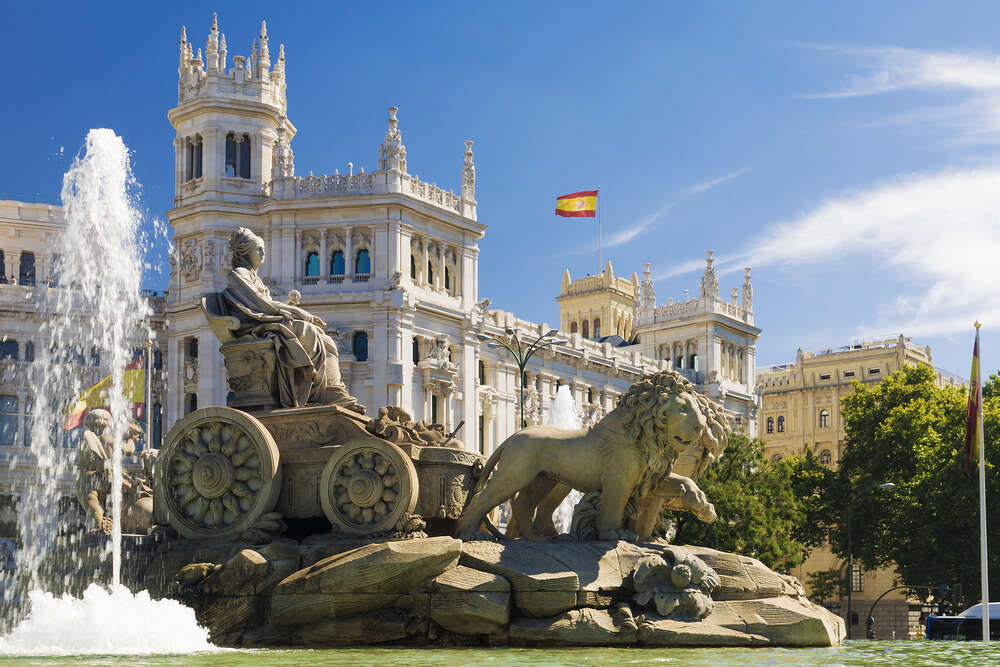 We finish our walk near the Metropolis Building, another symbol of Madrid, which is often found on souvenir cards. Metropolis is an office building with a stunning facade and dome, which is decorated with 30,000 leaves of 24-carat gold. 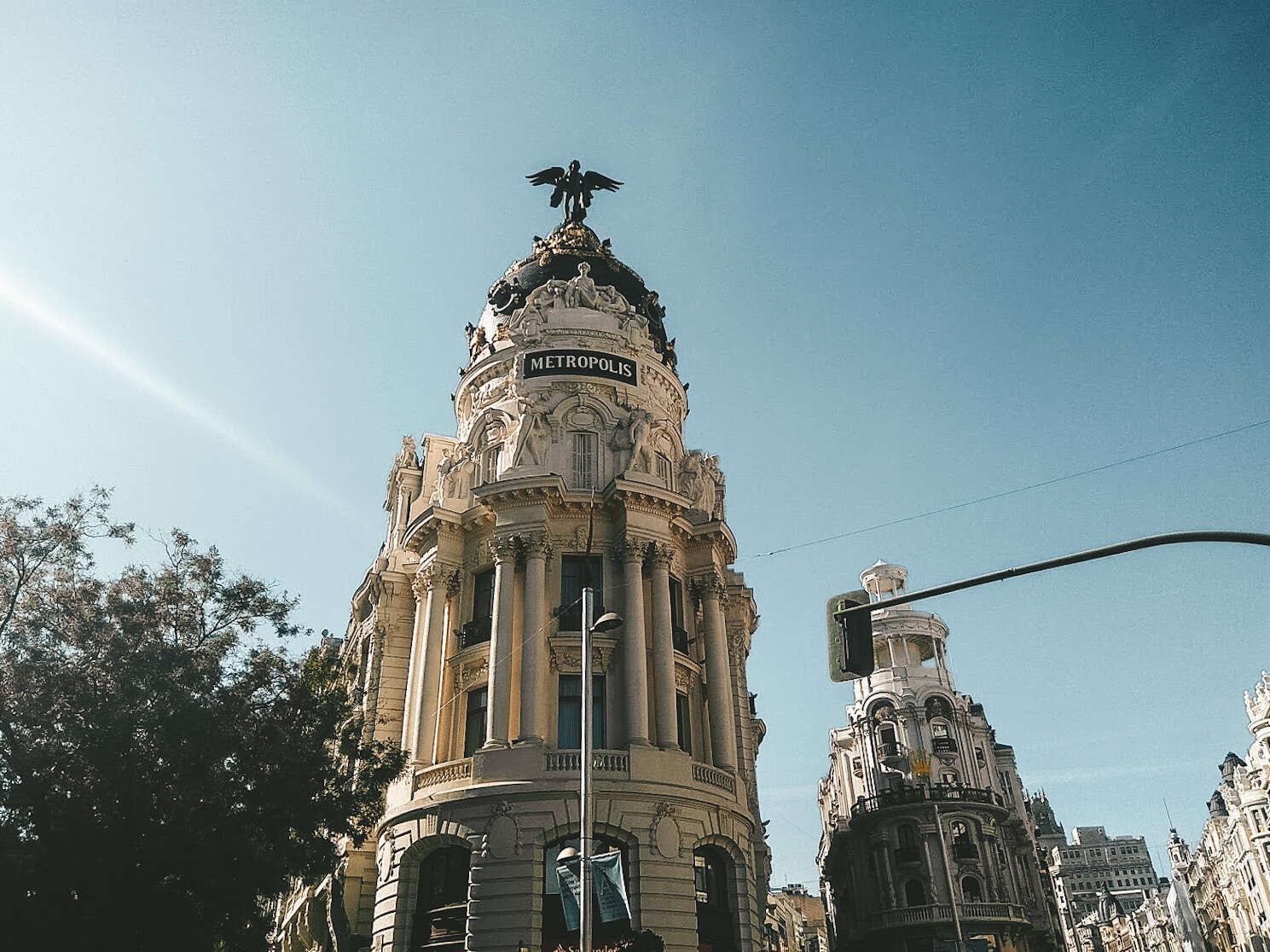 If you still have time and energy, then just 15 minutes by metro from the Gran Vía station to the Plaza de Castilla station and you will get to Castilla Square, from where you can admire an unusual architectural building in a modern style called the Gate of Europe. 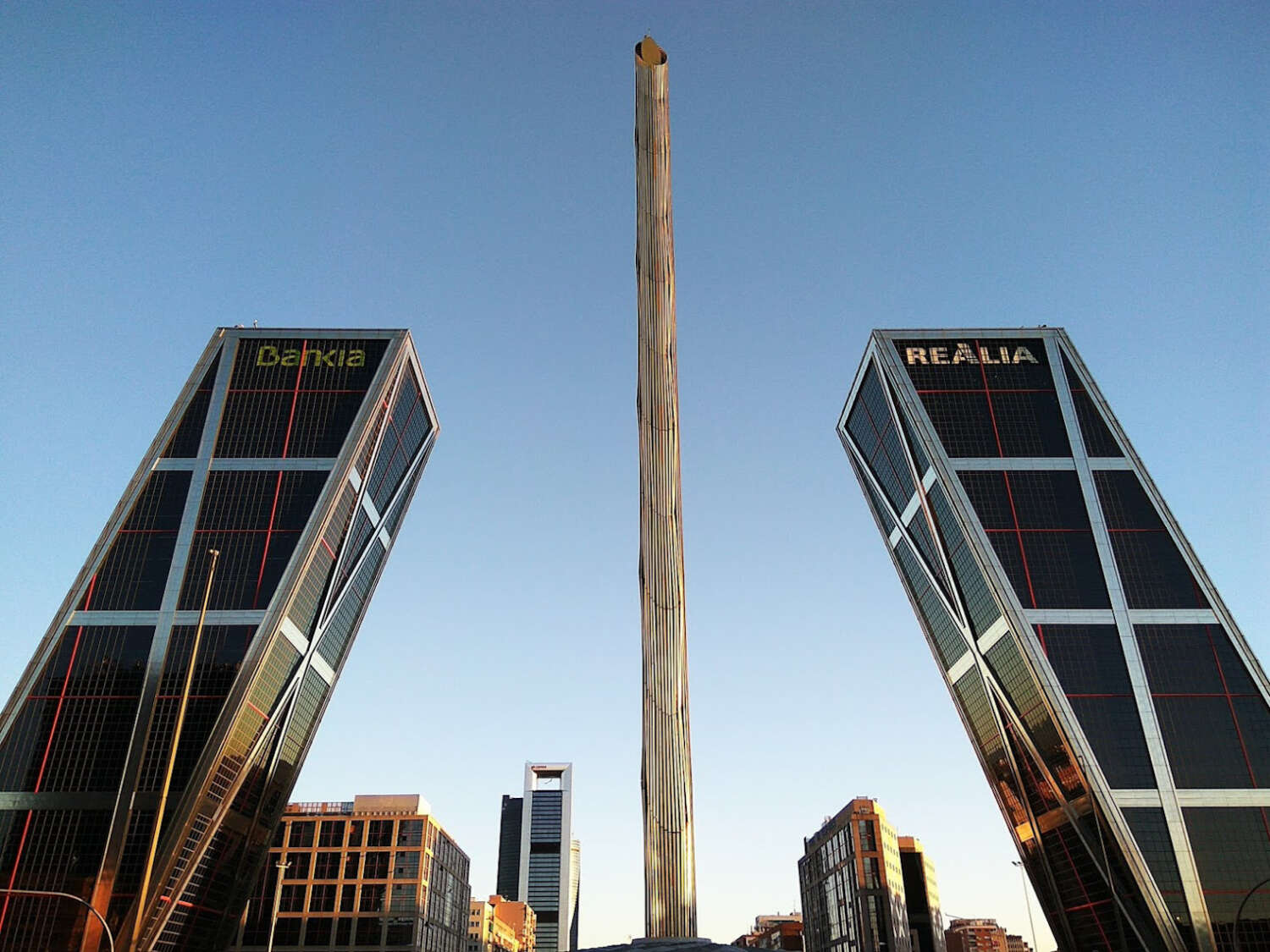 We are sure that you would like to take a walk around the Spanish capital as soon as possible, so Travellizy Team took care of the best deals on flights. 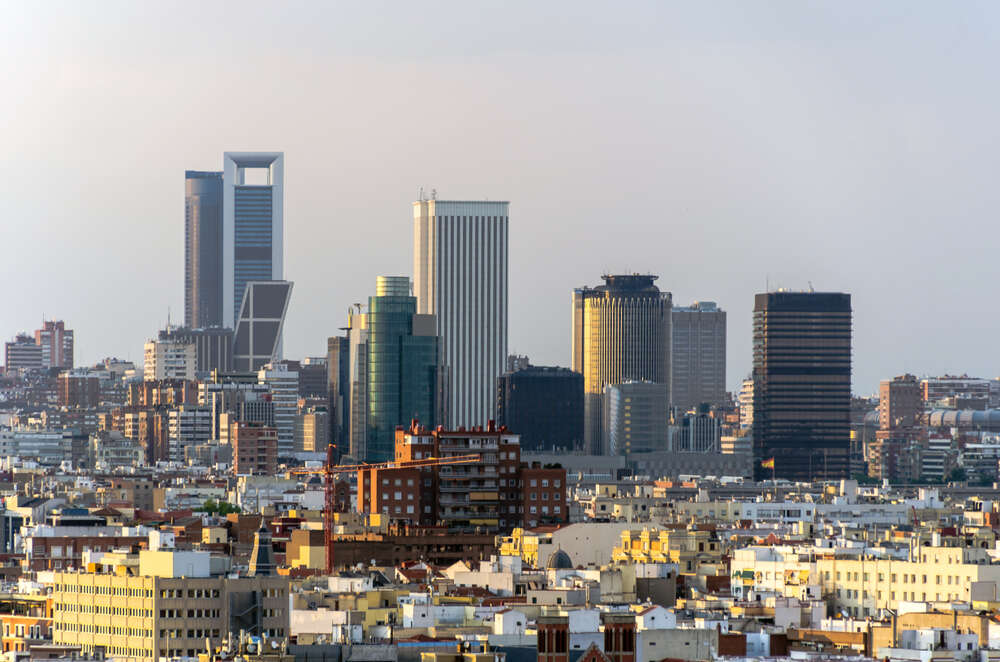 Also read our travel tips for Madrid in the article “Walking In Madrid: A Brief Guide Before Visiting It”.