Ohrid: The Pearl of Macedonia

The Balkans can be safely called the most unpopular part of Europe in terms of tourism. If travelers in large numbers still get to the mountains of Montenegro, the beaches of Albania or the castles of Croatia, then North Macedonia remains a dark horse. And in vain, in this tiny country, sandwiched between Bulgaria, Albania and Serbia, there is a lot to see and to do. And the most interesting place in Macedonia is the city of Ohrid, which we will talk about today.

How to get to Ohrid, Macedonia

Ohrid is located on the shores of Lake Ohrid, 100 kilometers south of Skopje, the country's capital. The distance is short, but due to the mountainous terrain, the journey by bus or car will take about three hours. Buses leave from Skopje Central Station every 1.5-2 hours. 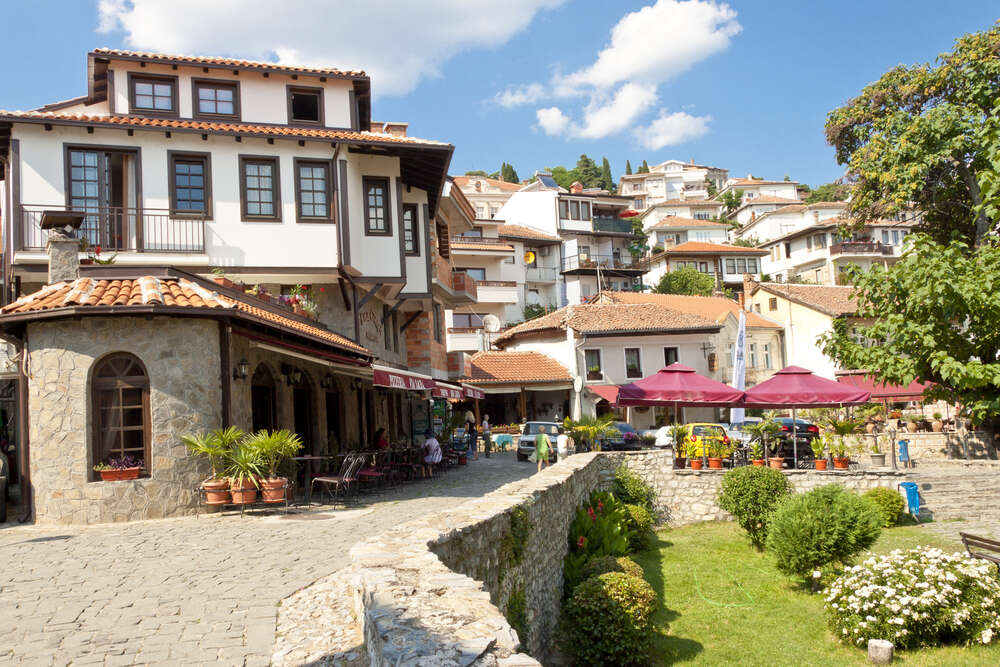 The nearest international airport is Ohrid St. Paul the Apostle Airport, 8 km away from the city. But flights from abroad are not operated every day, so it is easier to fly to Skopje and change to a bus or rent a car there. There are enough car rental services in Macedonia, as this is a perfect solution for a small country. If time permits, you can also visit a couple of neighboring states.

You can also come to Ohrid from neighboring Albania, a bus ride from Tirana takes 3.5 hours. If you don't like the schedule of the direct bus Tirana-Ohrid, then you can get to the neighboring Struga, and from there - by taxi.

The best time to go to Macedonia

The climate in the Balkans is mild, and Ohrid itself is beautiful at any season. If you want to swim in the lake and walk in the green mountains, then the best time to visit it is from the beginning of May to the end of September. It often rains in December, but in general the winter is warm, the temperature rarely drops below zero. 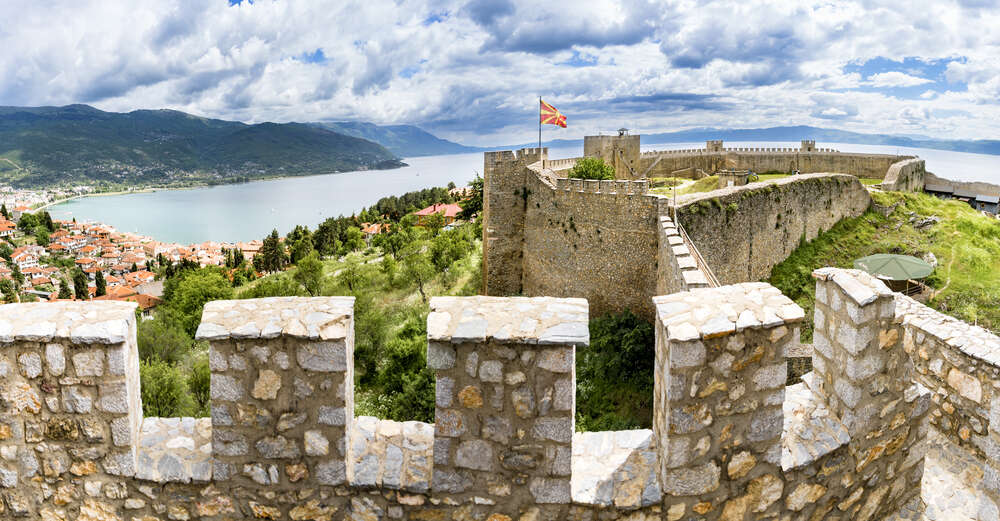 Going to Ohrid in winter, you will miss the swimming season, but you will find a number of interesting activities. On New Year's Eve and Orthodox Christmas (January 7), the entire city is decorated with garlands and fir wreaths. And in the second half of January, pilgrims from all over the country come to celebrate Epiphany. On this day, hundreds of people dive into the lake behind a wooden cross, and this is a unique sight.

At first glance, it seems that Ohrid is very small, and you can visit all interesting places in a day or two. This is really possible, but only if it is enough for you to run through the most iconic locations. It is better to set aside at least a week for exploring in detail and savoring the city.

Most of the interesting places in Ohrid are concentrated in Mesokastro, which is the area of ​​the old city. In fact, this whole area is one continuous attraction. You can walk along its winding streets for hours, each time discovering something new for yourself. It is also best to settle in one of the villas in the area, so you will have a magnificent view of the city, the lake and the mountains around.

▶️ Locals say there are 365 churches in Ohrid - one for each day of the year. It’s hard to believe exactly until the moment when you make it a goal to find all the churches and chapels that are hiding in the narrow streets. First, you will see the Church of Saint Sophia, the largest and most iconic one, with unique frescoes inside, then the Church of Saint Demetrius with a magnificent view of the fortress and the Church of Saints Clement and Panteleimon with an archaeological site around the temple. Then you start paying attantion to the smaller churches, going inside and discovering collections of old icons, ancient columns or just a very special atmosphere. 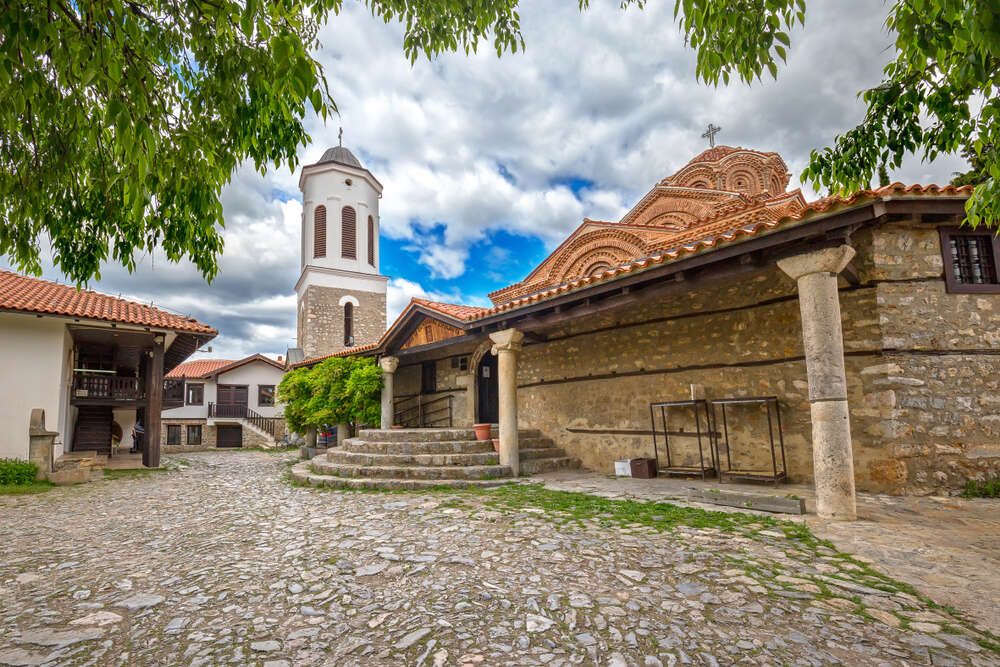 ▶️ On the edge of the city, the Church of Saint John at Kaneo, which is perhaps the most picturesque of Ohrid temples, stands on a cliff above the lake. It can be reached on foot from the Hagia Sophia along the picturesque footbridge over the water, or you can sail from the city center by taxi boat. The farthest and second most popular temple is St. Naum. It is located outside the city, at the very Albanian border. You can get there by taxi or by the same boat.

▶️ As the city was owned by the Ottomans for some time, there are also historical mosques. The largest one is located on the main shopping street and is called Ali Pasha Mosque.

▶️ When you get tired of religious sights, move on to secular ones. Climb the walls of the Fortress of Tsar Samuel's, the Bulgarian ruler who once conquered almost all of the Balkans. The walls offer a gorgeous view of the surroundings.

▶️ Take a look at the Robevi family house on the street of the same king Samuel. Inside the house, you can see not only the interiors of the 19th century, but also the archaeological finds.

▶️ By the way, one of the most interesting archaeological finds is located right in the heart of the old city. This is an ancient Roman theater, which was equipped with a summer stage for performances.

Things to do in Ohrid

In addition to sightseeing, there is a lot of things to do in Ohrid. For example, you can swim in the lake and lie on a pebble beach. The water is clean here. In summer, you can even go diving and see the famous Ohrid trout up close.

This trout in the form of soup or roast can be tasted in one of the city cafes. Macedonian cuisine is a cross between Turkish and Greek, but it also has some unique dishes. For example, tavche gravche is a roast of beans, ajvar is a delicious pepper sauce. Macedonians like washing down their food with wine, everything tastes very good with it in the country. For those who prefer stronger drinks, there is raki, mastic and ouzo. The most delicious national cuisine in the city is in the Viva Ksantika cafe.

Hikers will appreciate hiking tours in the mountains around Lake Ohrid. They cover the surrounding villages so that you can experience rural Macedonia. If you don't want to walk that far, you can just walk in the park around the Samuel's Fortress.

In the old center of Ohrid, there are papermaking and woodcarving workshops, small souvenir shops and cozy establishments.

Finally, it is worth mentioning Ohrid pearls, the most interesting souvenir of Ohrid. It is sold in the city on every corner, but the thing is that it is not a real pearl. Local craftsmen make a special paste from the scales of lake fish, slather glass balls with it and sell them. Such products look just like real pearls, and the recipe for the pasta is kept secret, so that the souvenir will turn out to be really unique. 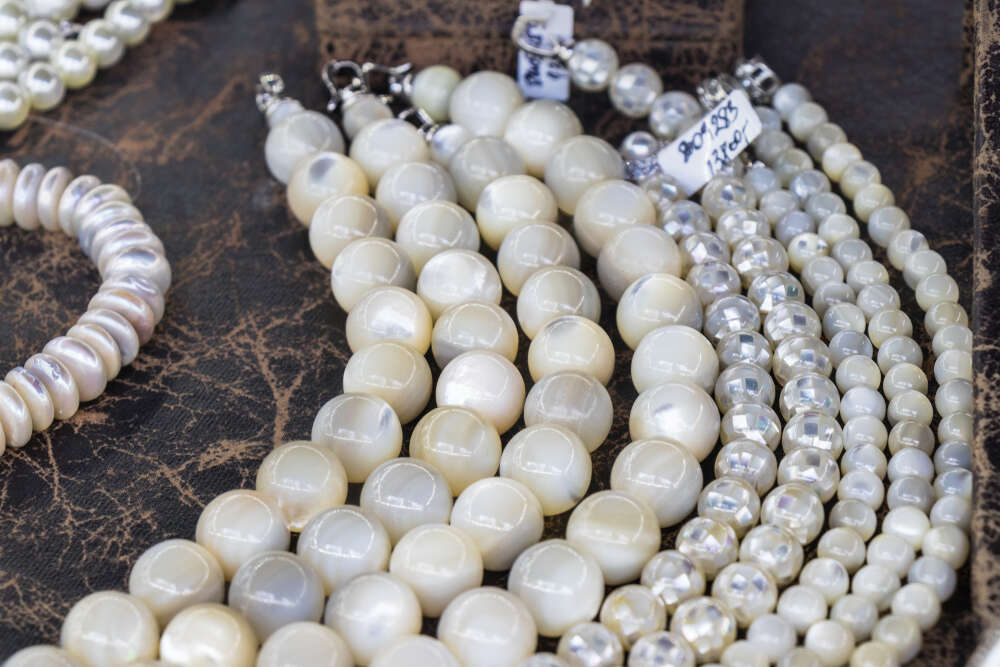 Some travelers who have visited Ohrid call it the most beautiful and cozy city on the Balkan Peninsula. You can verify this statement in person, if you visit North Macedonia and go to the lake in the south of the country.