Iran: Things to Do in an Oriental Tale

Iran is a country where a unique culture, stunning architecture, delicious cuisine and the hospitality of the locals intertwine like multicolored threads in an oriental carpet. As a result there is a truly fabulous pattern that is definitely worth seeing. Moreover, the carpet has not yet been trampled to holes by crowds of tourists, Iran is just beginning to develop this industry. So you have a chance to see a very colorful country before it becomes mainstream.

Peculiarities of the country

Iran is a Muslim country that has been isolated from the outside world for a long time and is now under tough US sanctions. This affects travel industry too. For example, the popular booking services Booking.com and Airbnb do not work in Iran. How, then, can you book accommodation? You can search hotel websites by google maps, tripadvisor or reviews from other travelers, and get in touch with via email. The system is well-established, most of the hotels respond right away, the choice is very good - from cheap hostels to prestigious housing in national style. 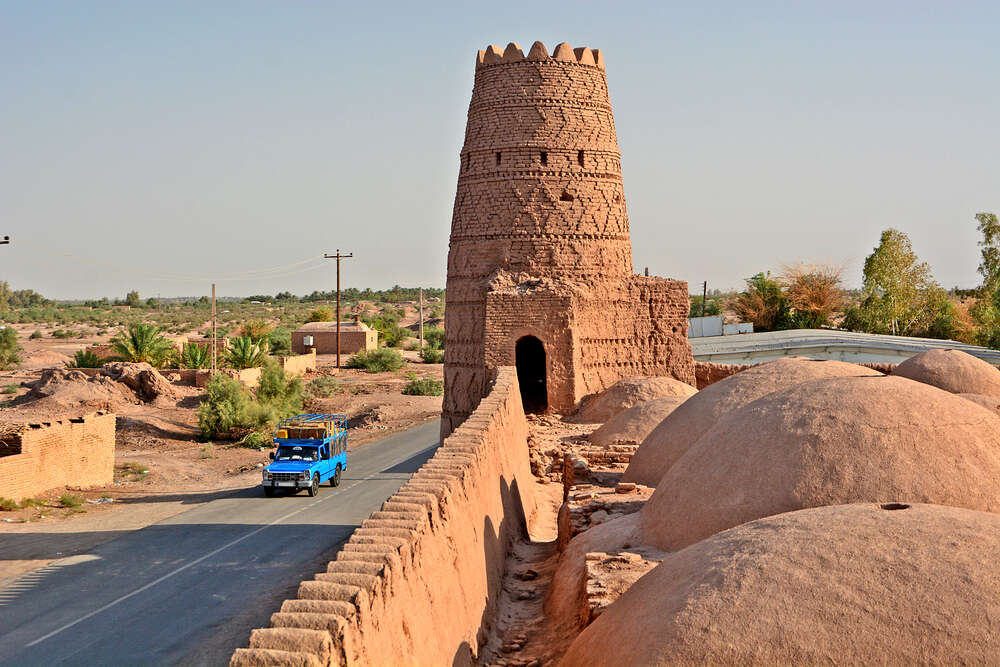 Visa and Mastercard payment systems do not work in Iran, so you better take cash with you. It is best to exchange dollars and euros for local rials at the airport, but there are exchange offices in other large cities. And don't be fooled by ATMs on the streets of Tehran or Shiraz, they only work with cards from local banks. 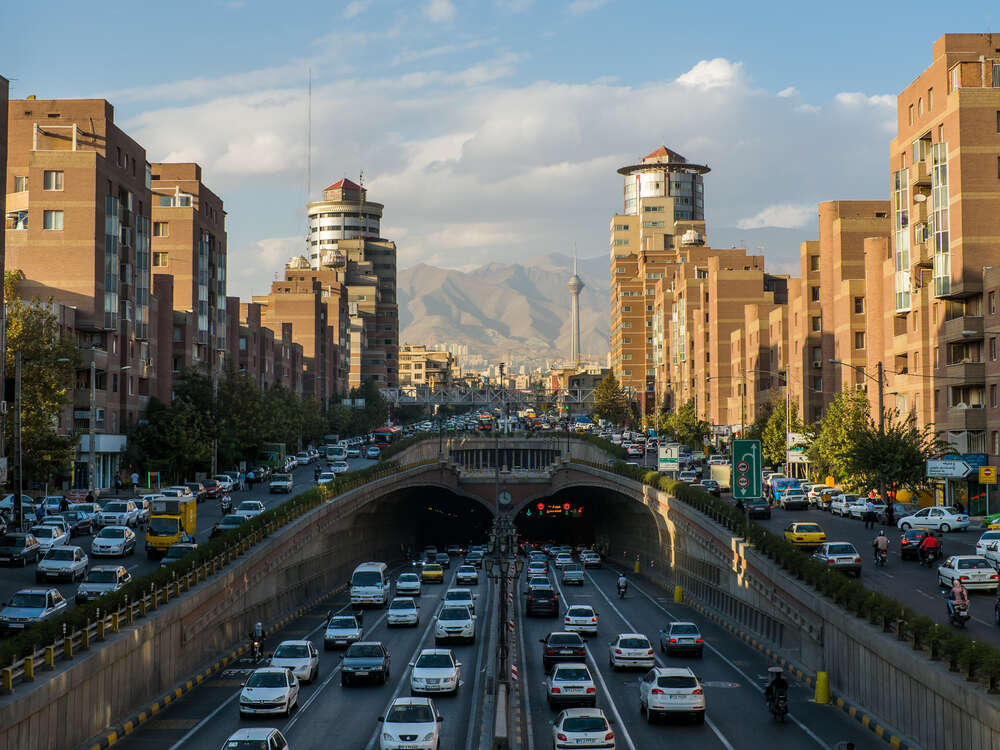 Alcohol in Iran is strictly prohibited, it can not only be bought, but also imported, there is a fine or lashes for violation. It is forbidden to publicly express feelings between a man and a woman, to hug, kiss or even hold hands in public is haram, which means it is forbidden. Women should definitely cover their heads with a scarf, their elbows and knees with clothes. Men are not allowed to wear shorts.

And now, we are going to tell you about things worth seeing in fabulous Iran.

Towers and palaces of Tehran

Tehran is the capital of Iran, its largest city and a very interesting place from tourist point of view. Right upon arrival, many foreigners rush to more remote and, as it seems to them, colorful corners of the country, but experienced travelers know that it is worth staying in Tehran for a couple of days.

The first attraction that meets you on the way from Tehran Airport to the center is the white marble Azadi Tower, also called the Freedom Tower. It looks impressive from the outside, and it also houses an archaeological museum, where you can learn many interesting facts from the 2500-year history of Persia. The top floor of the Azadi Tower offers magnificent views of the city. The Milad Tower offers a similar view, but from a higher point. 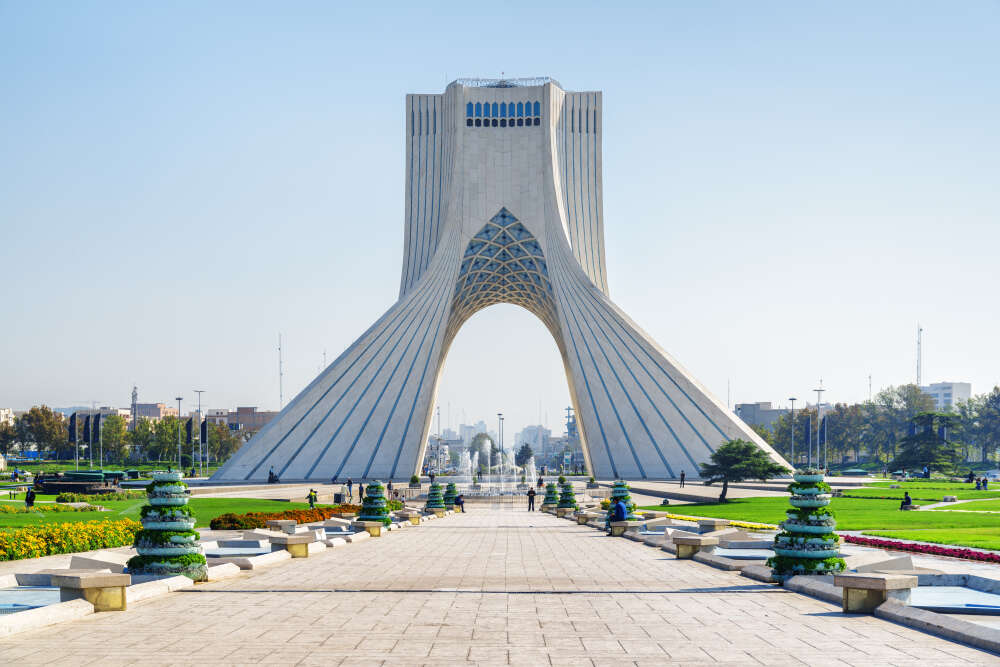 The Golestan Palace trimmed with multi-colored mosaics is a real gem of the capital of Iran. At one time, its interiors were painted by the best masters of Persia, so get ready to contain your admiration while walking through the halls of the complex. You can visit here the throne room, where the shahs were crowned, an art gallery and several exhibitions. 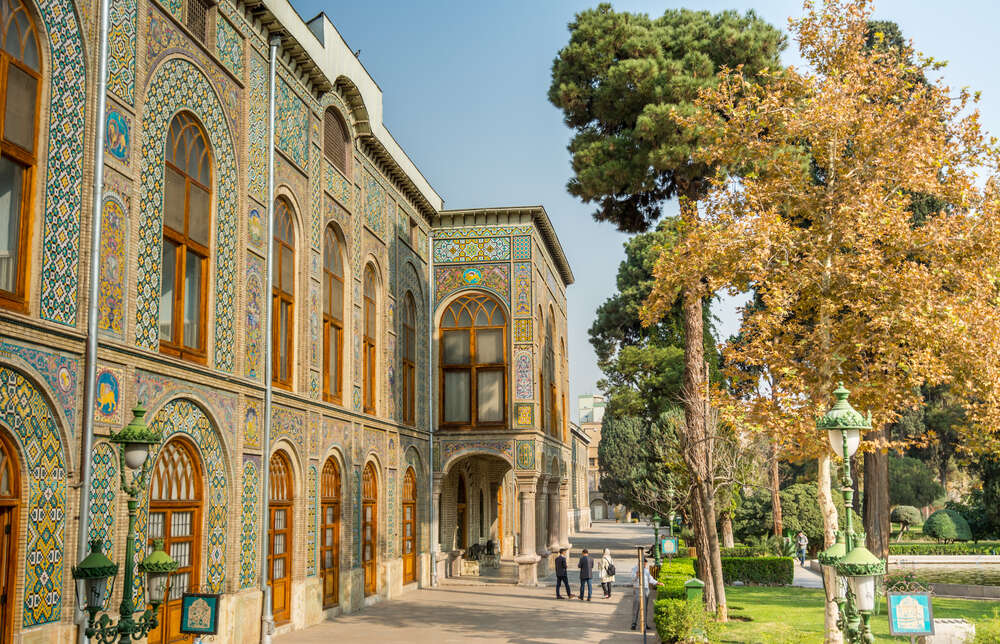 Opera lovers in Tehran should look into the Vahdat Hall (formerly the Rudaki Hall), where the best artists of Iran perform.

Tashkooh in translation from Persian means "Firing Mount", and this name was given to the area in the province of Khuzestan for a reason. Here, natural gas accumulates underground, which bursts to the surface through cracks in the rocks and immediately ignites. The spectacle is absolutely fantastic, and you can fully enjoy it before dawn or after sunset, when the dancing flames on the slope are best seen.

Once Isfahan (or Esfahan) was the capital of Iran, the home of the powerful Safavid dynasty. Now, Imam Square, also known as Naqsh-e Jahan Square, a UNESCO heritage site and one of the most beautiful architectural ensembles in Iran, demonstrates its former power. 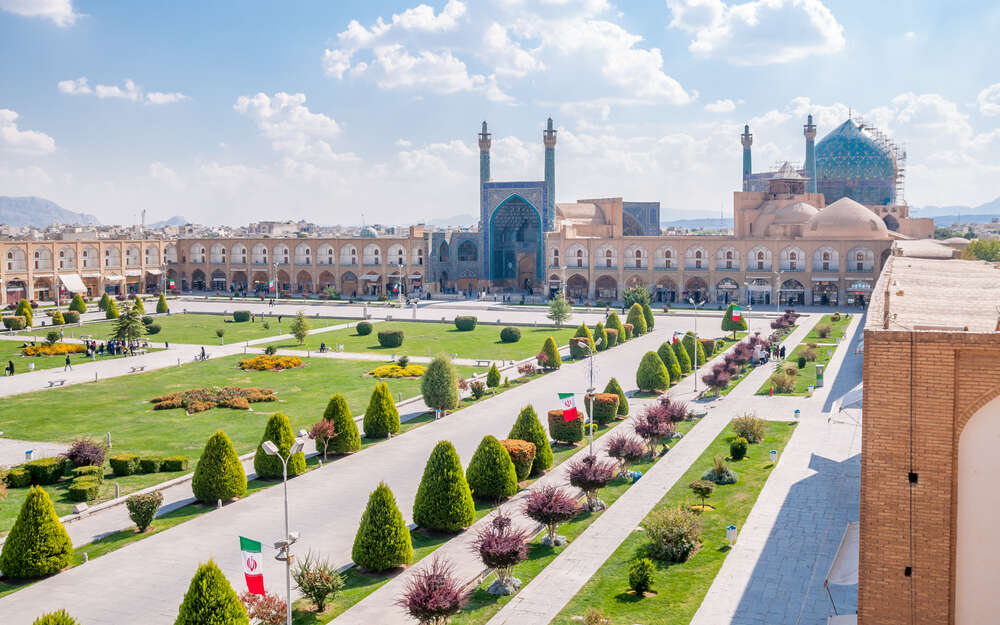 Another impressive architectural structure in Isfahan is the Khaju Bridge or 33 arches. Four centuries ago, it was used by caravans following the Great Silk Road, but now camels and caravanners gave way to tourists and guides. The bridge is especially beautiful in the evening illumination. 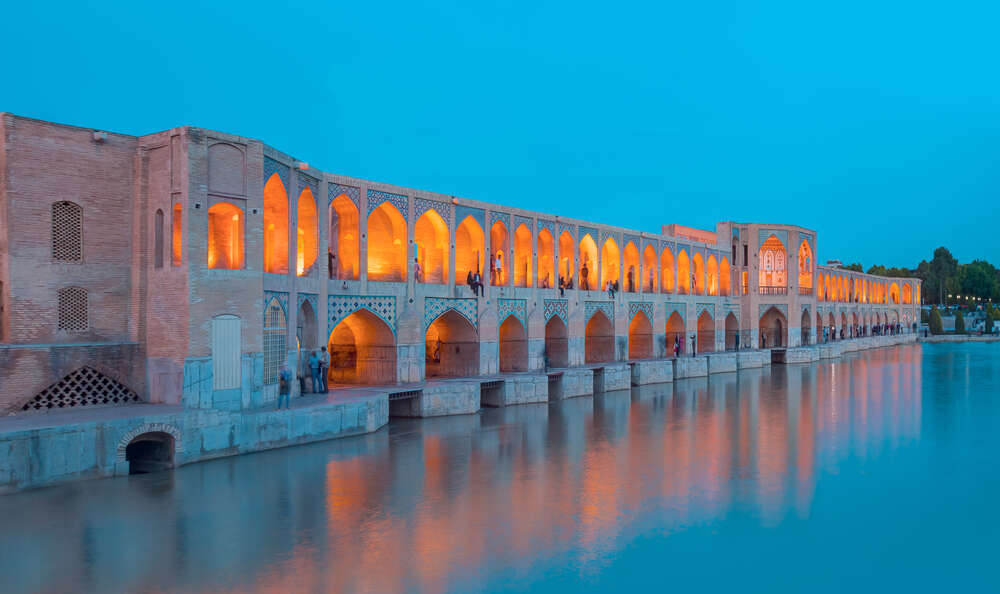 A very beautiful Persian painting awaits you at the Sheikh Lutfalla Mosque. The Jameh Mosque is one of the oldest religious buildings in the country and the largest mosque in Iran. And don't miss the Menar Jonban, or the Swinging Minarets, which you won't see anywhere else in the world. 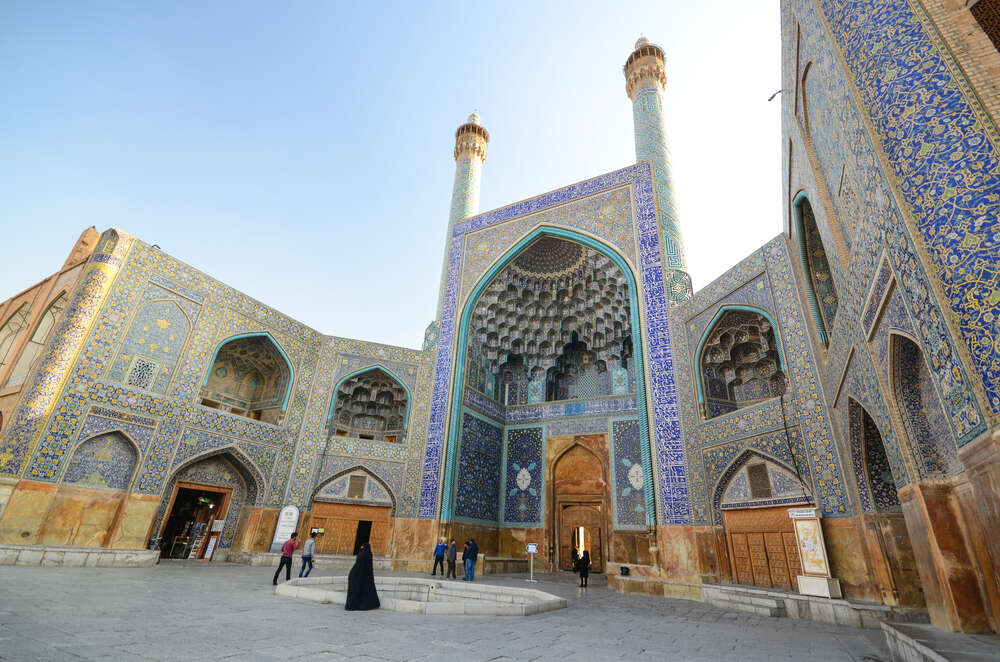 Do you want to see something more original than just another mosque? Take a look at the Vank Cathedral, in the architecture of which Christian and Muslim features are organically intertwined. 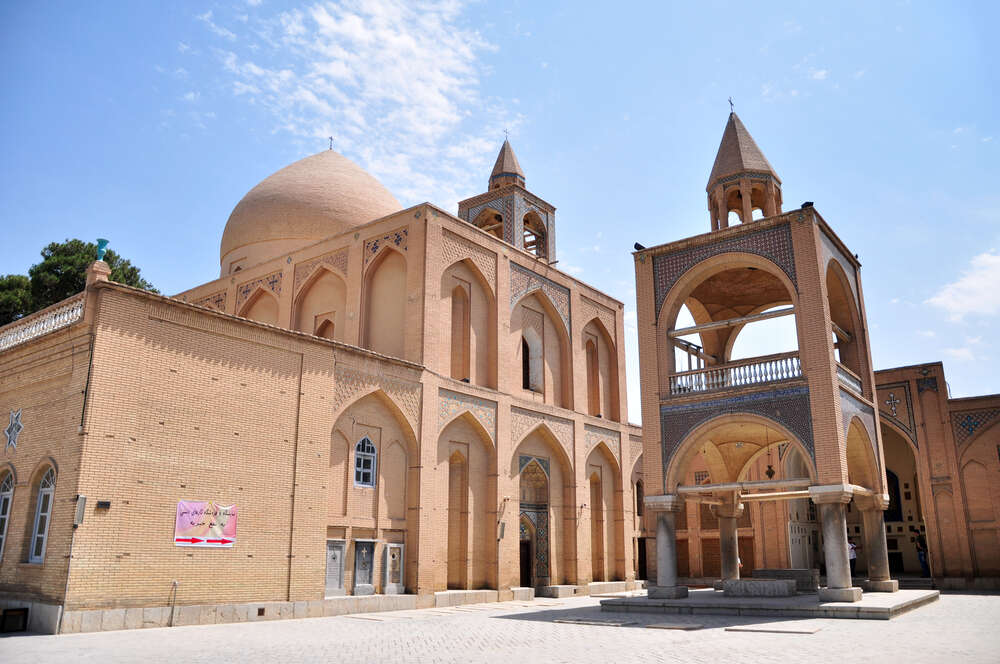 Kashan is a city with a lot of architectural attractions. The main feature of its palaces is that you can not just look at them, you can also live in them. Some of the merchant's residences and houses of nobles have been refurbished for hotels with careful preservation of the traditional look. In the markets of Kashan, rose water is mixed, sold and tasted. 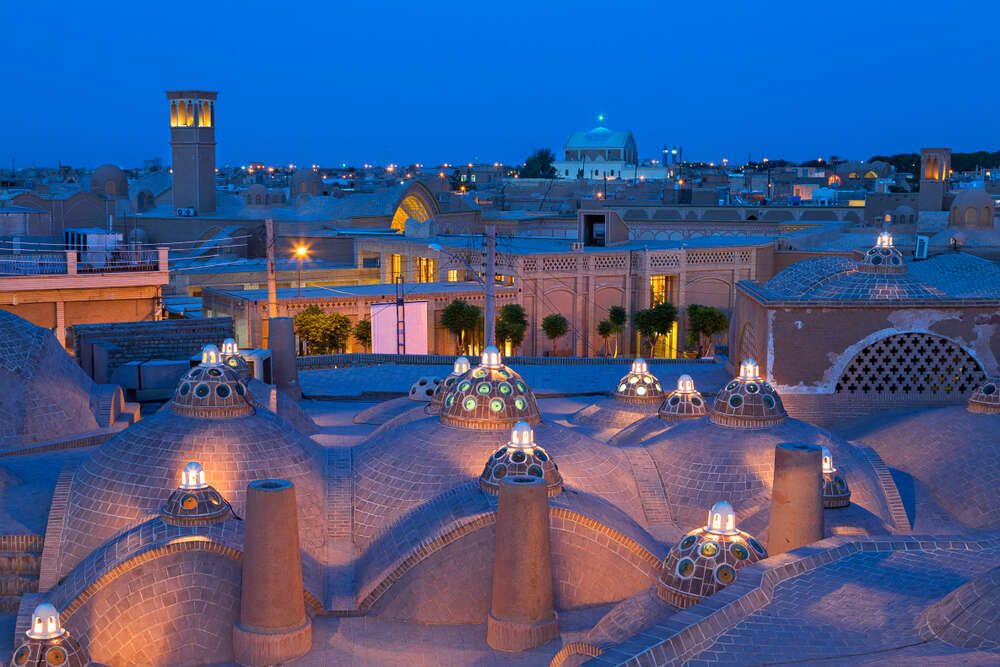 Colored stained glass windows and lush gardens with ponds - this is the Tabatabai House, built by a noble merchant for his bride. Amery House is a 9 square kilometer area and a history museum. Iranian House has been transformed into a hotel. Also noteworthy are the houses of Boroujerdiha and Abbasian. 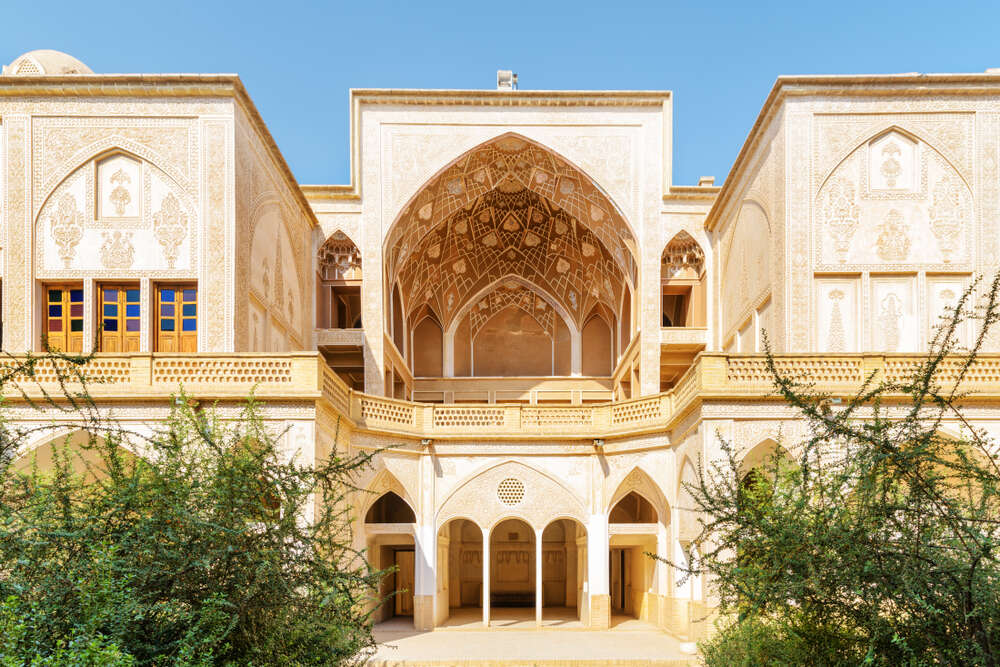 If you don't really like palaces, then you might like the ordinary streets of Kashan. Walking along them, you can go to the traditional oriental bazaar, photograph a couple of mosques and imagine yourself as a resident of ancient Persia. 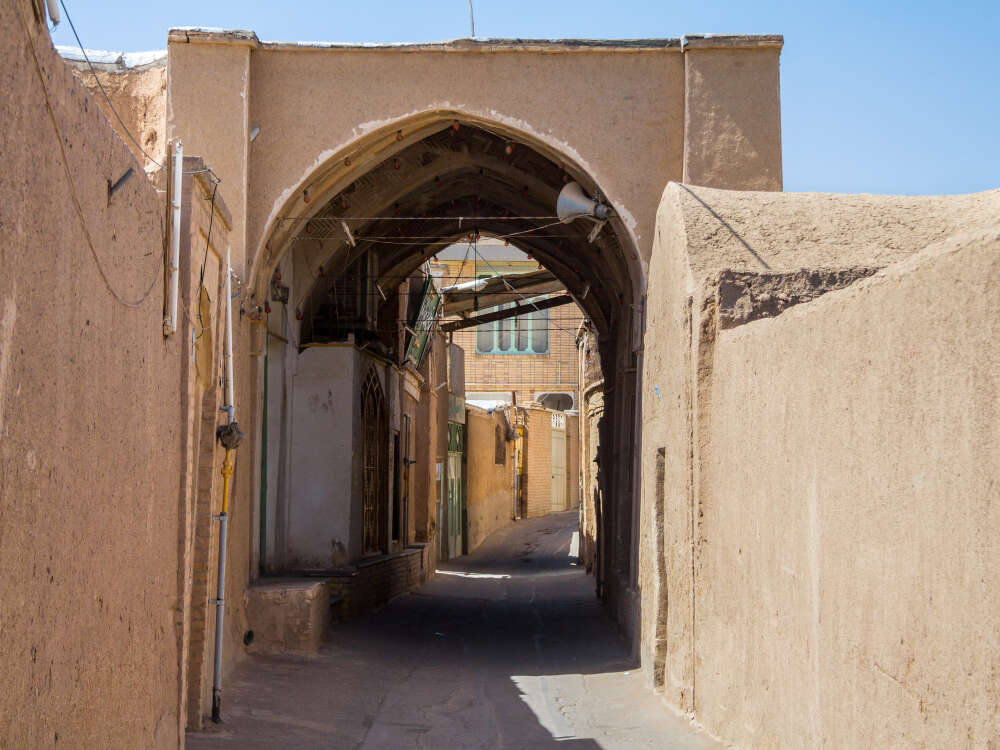 Near Kashan, there is the Maranjab Desert with sand dunes and salt lakes. You can see the whole city at once and look at the Iranians having a picnic on Mount Soffeh. 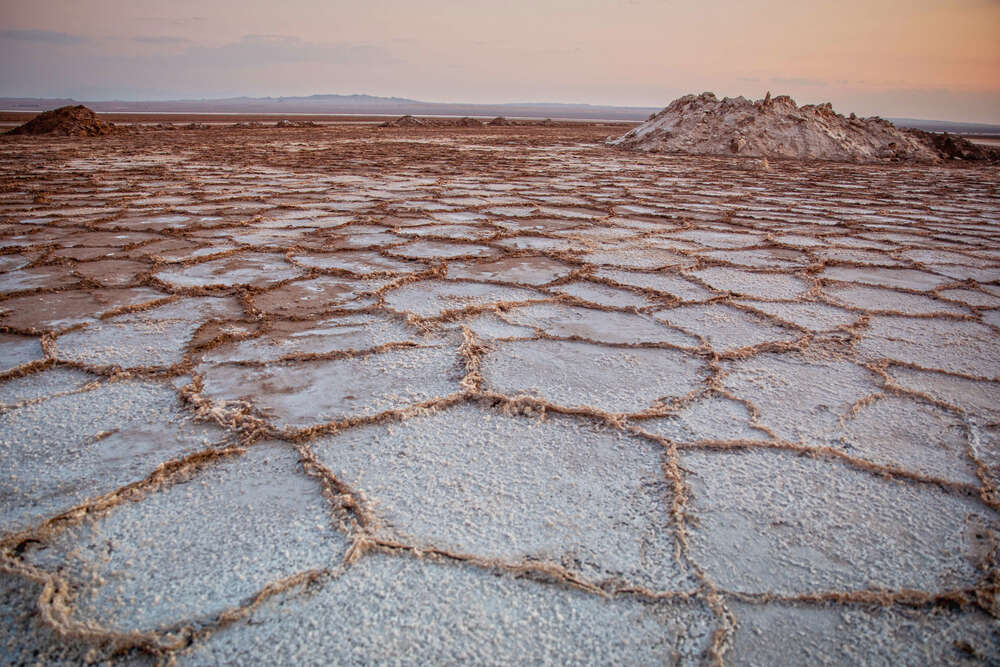 Yazd or Yezd is considered the most religious city in Iran and the place with the largest number of Zoroastrian monuments in the country. You can walk around its old districts all day, maneuvering between simple clay houses and greeting the hospitable locals. 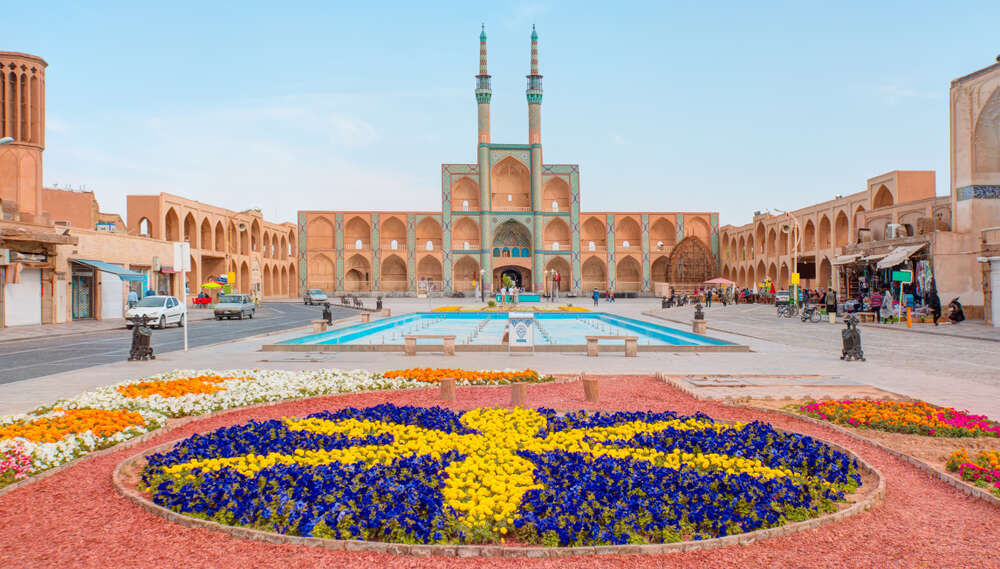 The best view of Yazd is from the roof of Yazd Art House. The most interesting mosque in the city is Jameh. It is worth visiting the latter in the evening, when its walls are illuminated with blue light. 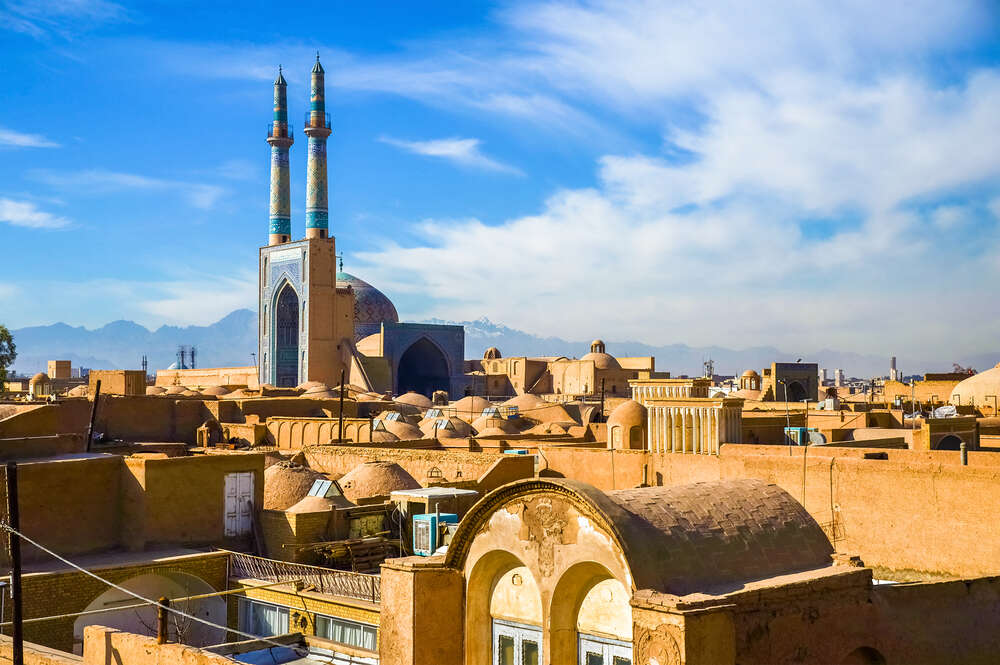 On the outskirts of Yazd, you can see the Tower of Silence, an unusual monument of Zoroastrianism. Until the middle of the last century, the bones of the dead were kept in them, nowadays, you can just walk here and feel the peaceful atmosphere. Not far from the towers, there is an ancient temple of fire worshipers. The most enthusiastic researchers of Zoroastrianism should visit the town of Chak Chak, a place of pilgrimage for the followers of one of the oldest religions in the world. 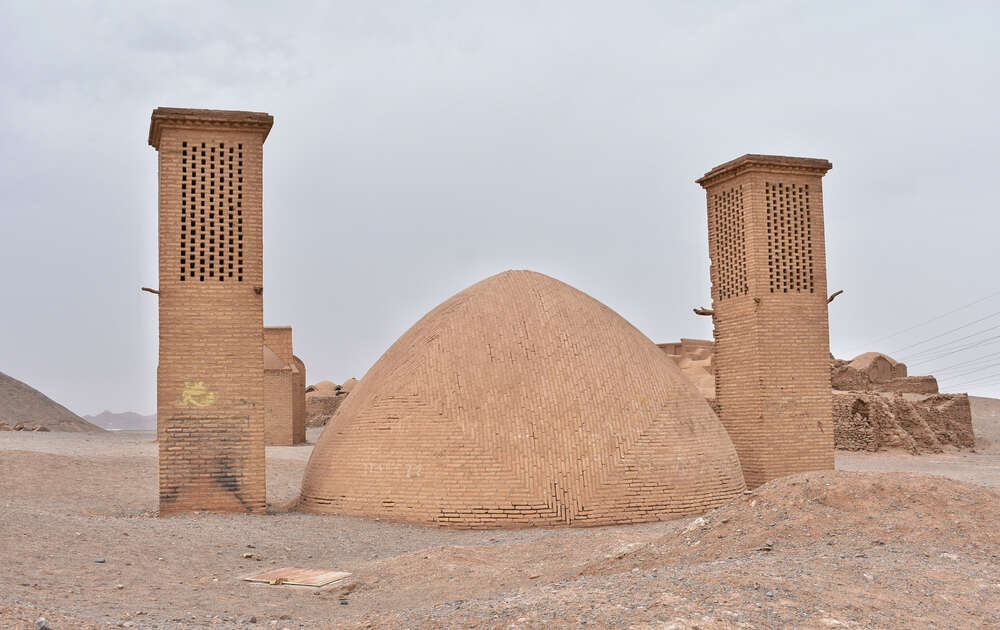 Shiraz is famous for its tombs and mausoleums where noble Iranians and Muslim martyrs were buried. The most beautiful of the mausoleums is Shakh-Cherakh, which is also called the "mirror mosque", as it is lined with mirror mosaics inside. A painting very atypical for Iran adorns the walls and dome of the Nasir al-Molk Mosque. 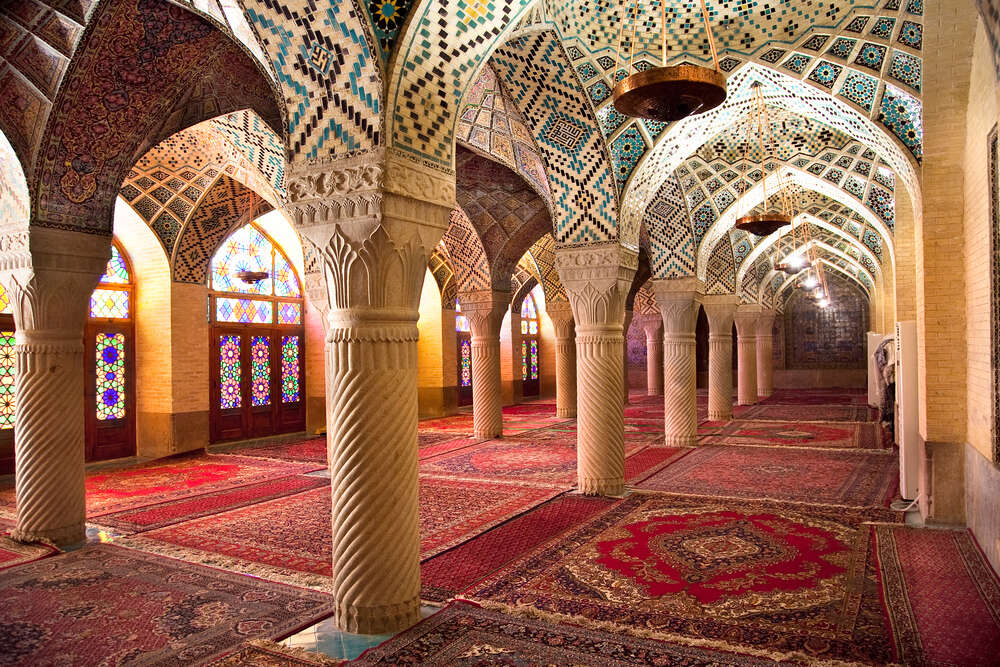 If you come to Shiraz in the summer, then it is best to hide from the scorching sun in the Garden of Eram, which is translated from Farsi as “Paradise”. And this is truly a heavenly place, immersed in greenery and delighting the ear with the murmur of fountains. 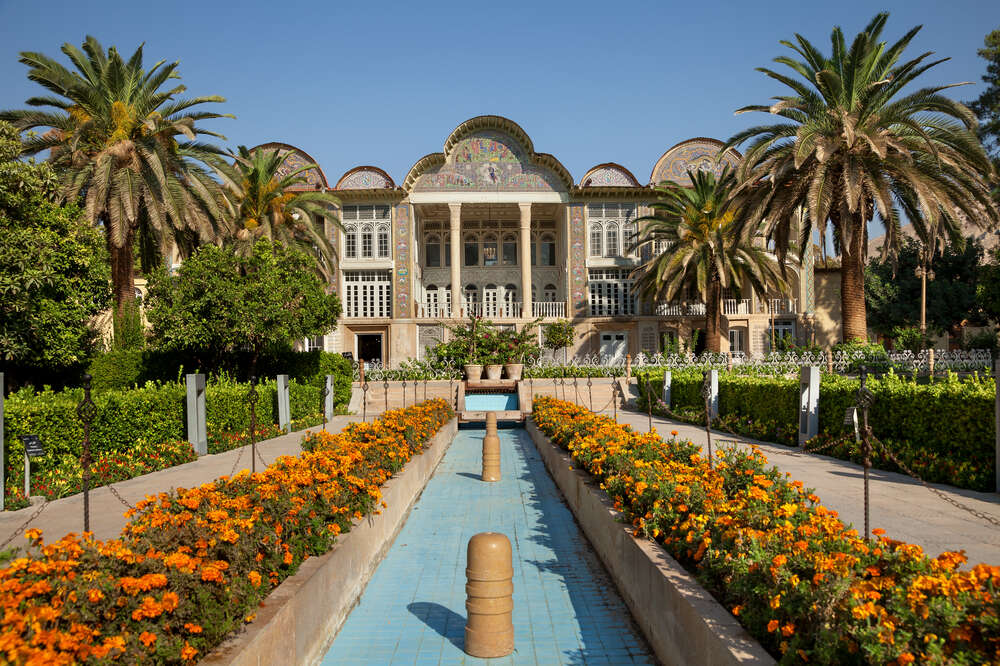 Most of the attractions that people want to see in Shiraz are not in the city itself, but in its surroundings. These are the ancient destroyed Persepolis, the tombs of the kings Naqsh-e Rostam and Naqsh-e Rajab, Cube of Zoroaster, the mausoleum of the famous Persian poet Saadi Shirazi overlooking the waterfall. 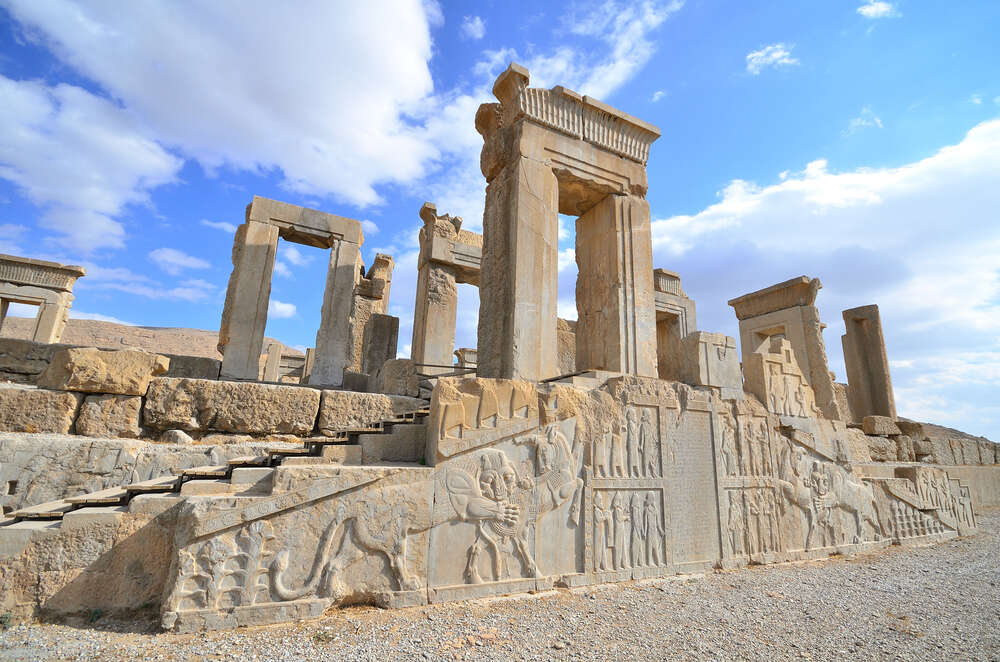 In the village of Kandovan, houses are not built, but are carved right in the rocks. Because of this, the settlement looks like a scenery for a science fiction movie. It is interesting that inside the modest looking cave houses, there is everything you need for a comfortable life - electricity, Internet, comfortable modern furniture. 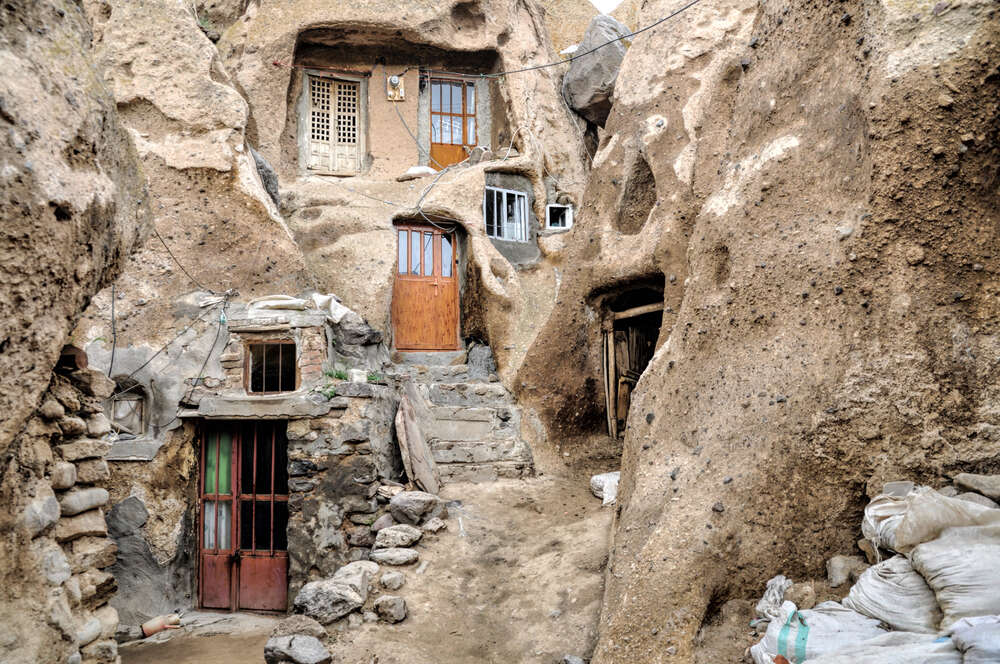 Yes, yes, Iran has not only deserts, mosques and palaces, but also resorts. Both locals and foreigners like to relax on the beaches of the coral island of Kish, here you can snorkel, admire the fish and reefs. 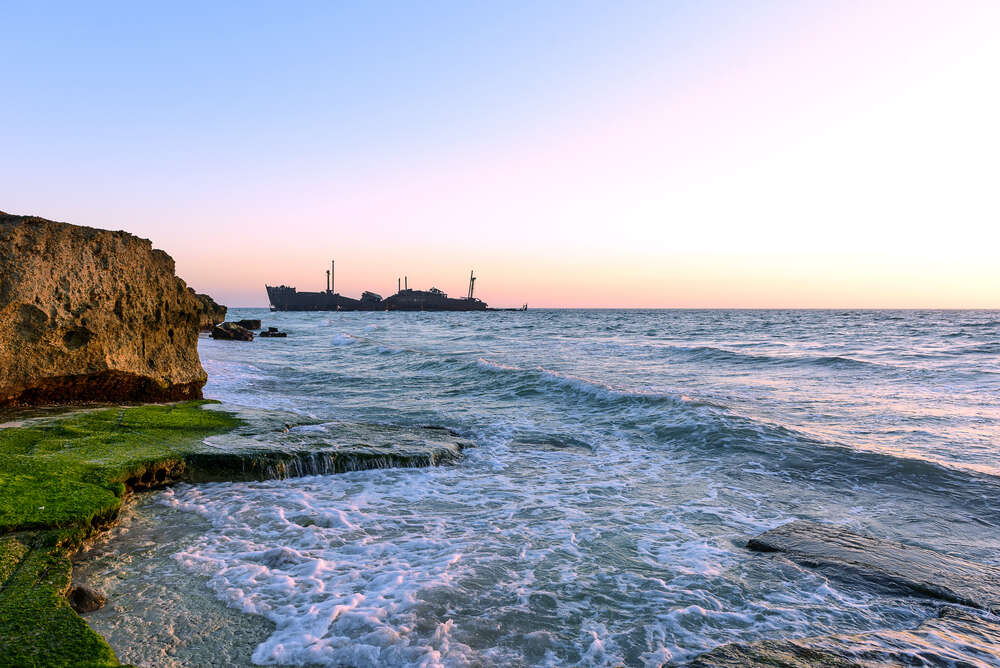 There are also historical sights on Kish. A visit to the ruins of Harir in the north of the island will pleasantly diversify your lazy beach holiday. 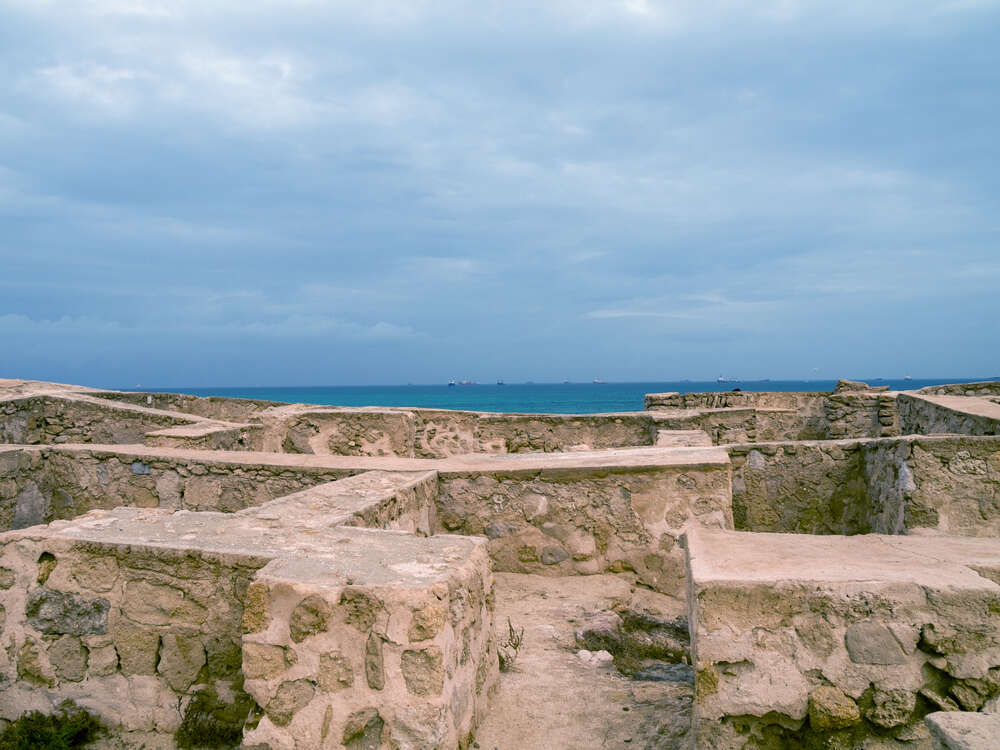 Iran is a country undeservedly underestimated by tourists, covered with many prejudices and stereotypes. But it is worth spending at least a couple of days in it, and you will understand that all popular horror stories are just myths. The most serious danger in Iran is forever falling in love with this sultry, colorful and very hospitable country.