European cemeteries have long ceased to be a terrible place. They are rather quiet, shady parks that are convenient for walking around. There is always a toilet, water, benches with beautiful views, where you can just sit and think about the eternal. Well, the number of famous personalities buried on them and the beauty of tombstones can quite compete with museums. However, many of them really got the status of museums. Travellizy Team has selected three Paris cemeteries that will enrich you culturally.

This is the most famous Paris cemetery and the largest - 48 hectares! Initially, the cemetery was the most common graveyard on the outskirts of the French capital. And the owners did not know how to attract the attention of a richer audience. But once, they came up with a brilliant idea to rebury here La Fontaine and Moliere, the favorites of France. Since then, hundreds of famous people and not only the French have found their eternal peace here. 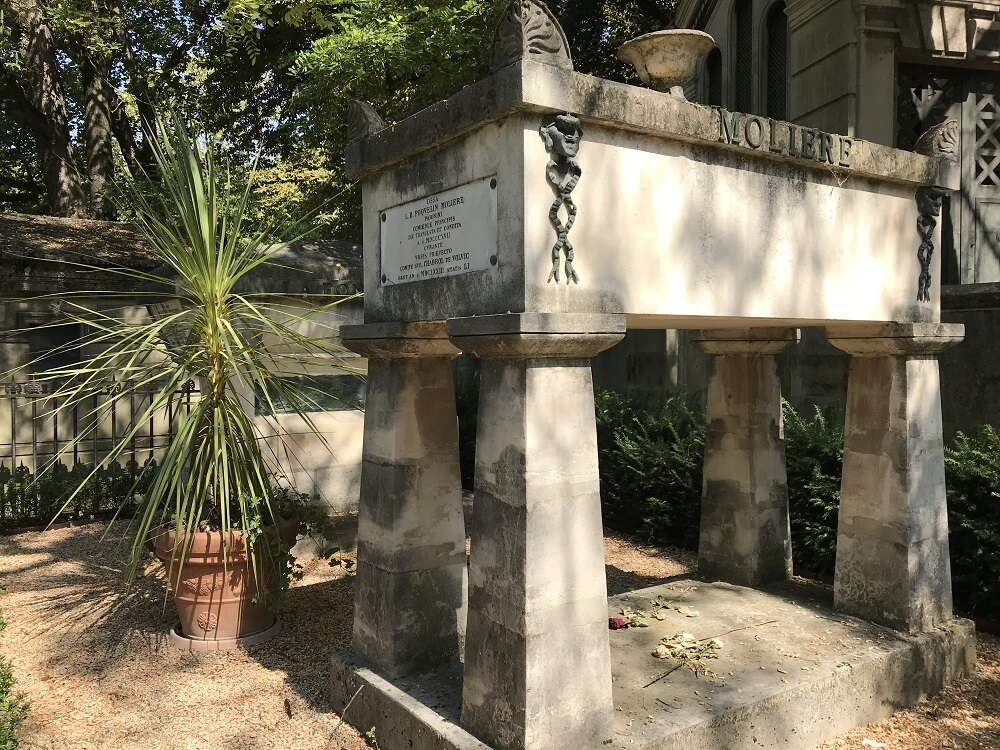 The cemetery is located in the 20th arrondissement of Paris and is open from 8 am to 6 pm in the summer. From November to March - until half-past five. You can get to it by metro line 2 or 3. Since the cemetery has several entrances, you can exit at the stations Philippe Auguste, Père Lachaise or Gambetta. 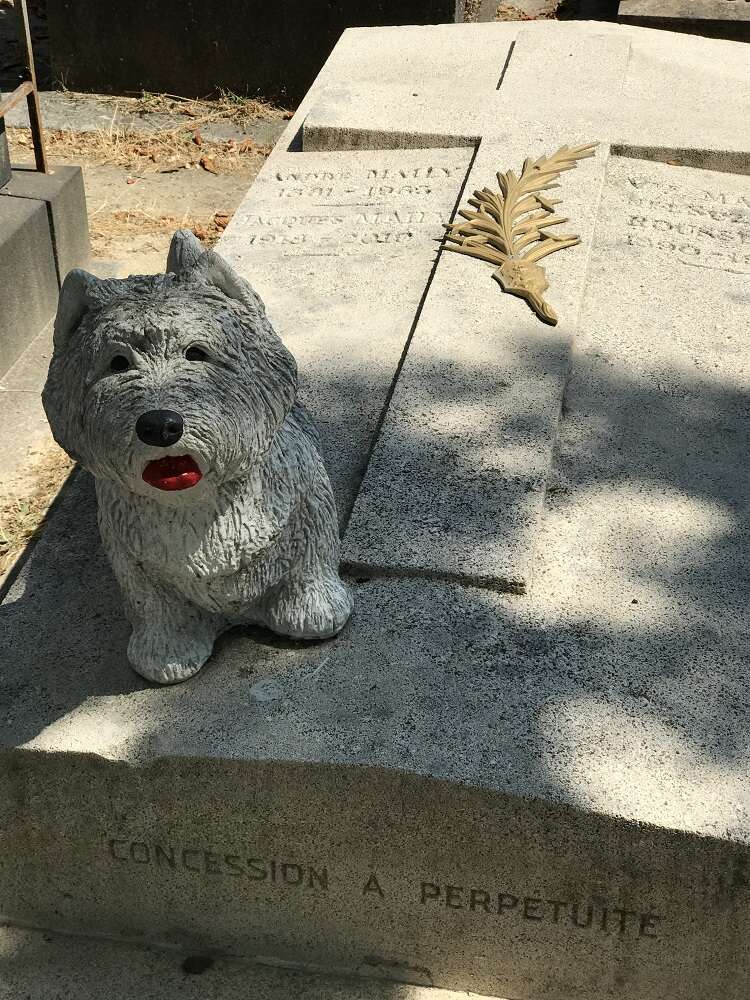 Today, the cemetery has more than 300 thousand graves. Of course, in order to have time to inspect what interests you, it is better to study it in advance and plot your route. 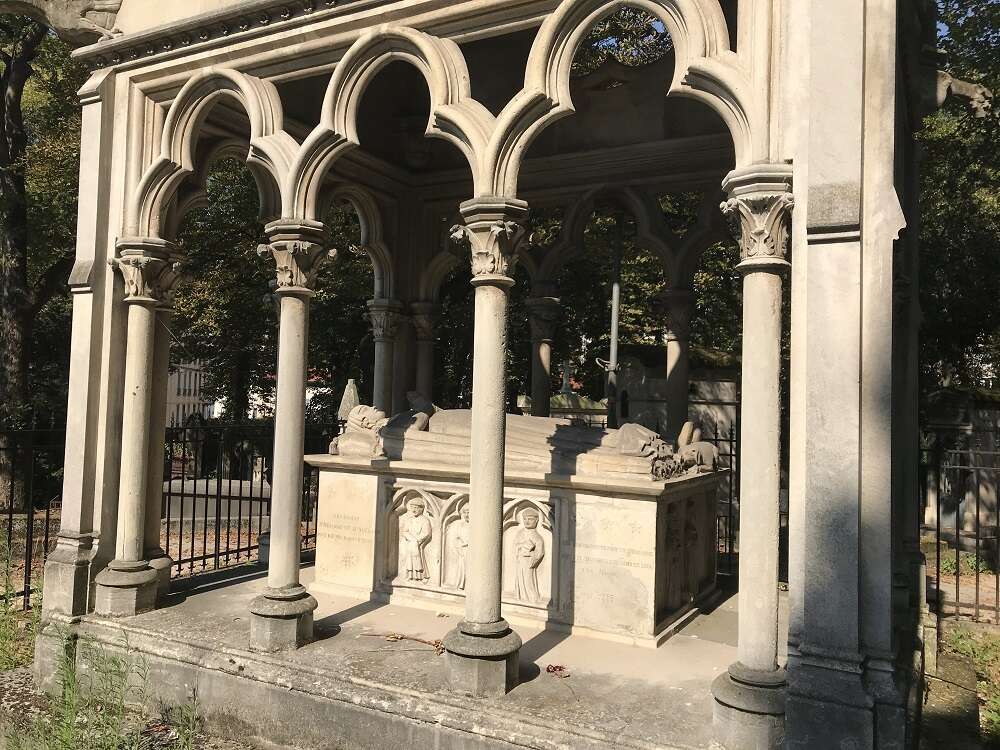 The cemetery has a website in French with many sections, its history and a list of all the famous people resting on it. We will tell those who do not have time to look into the computer that maps usually hang at the entrance, which you can use completely free. The only thing you will be asked about is not to take them away when you will leave the cemetery. Also at the intersections, there are information boards that indicate the location of nearby graves. 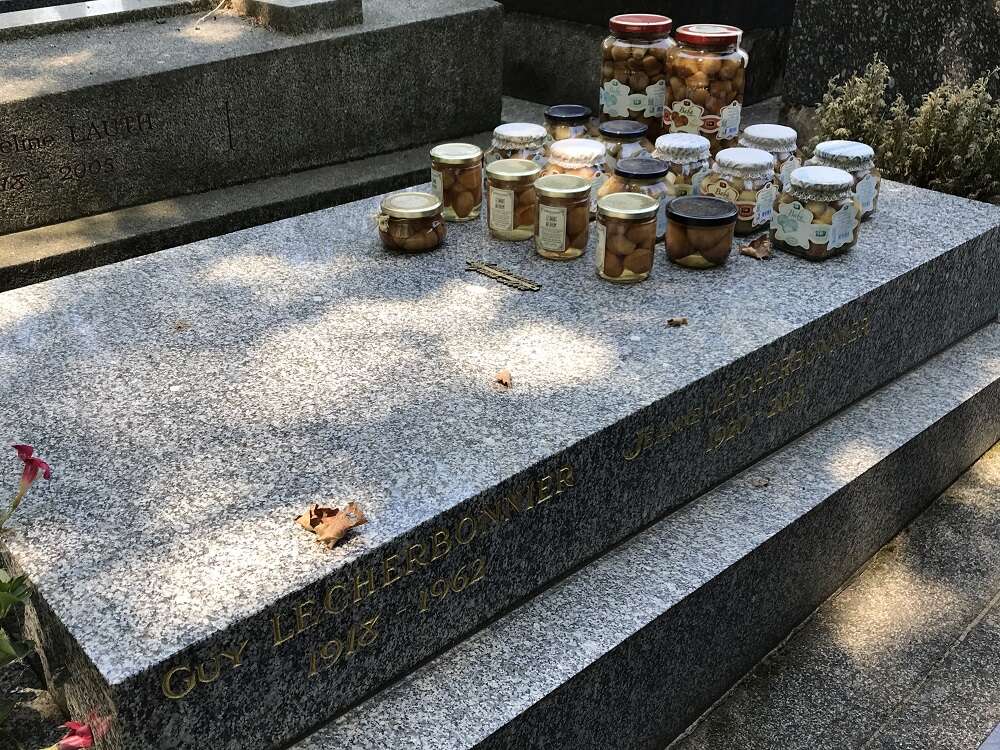 So, who you will definitely find at Pere Lachaise. 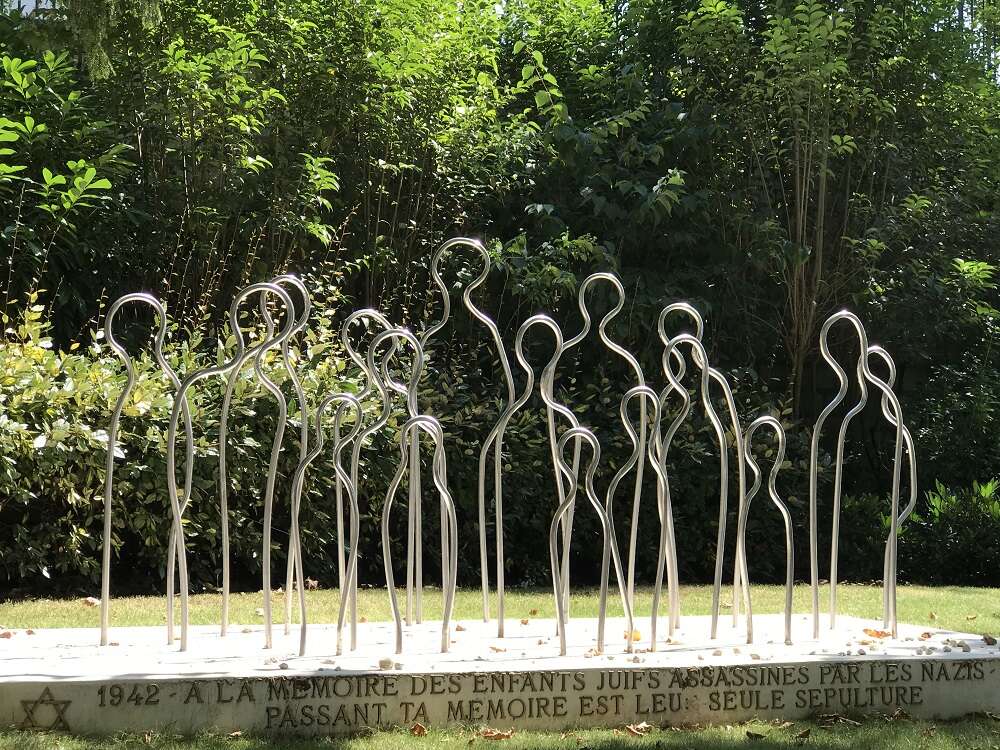 The grave of Jim Morrison, the legendary rock musician. There are always a lot of people at this place. Sometimes they organize improvised concerts. There are so many pilgrims that the cemetery authorities once decided to move the grave to another place. But then, under public pressure, this idea was abandoned. 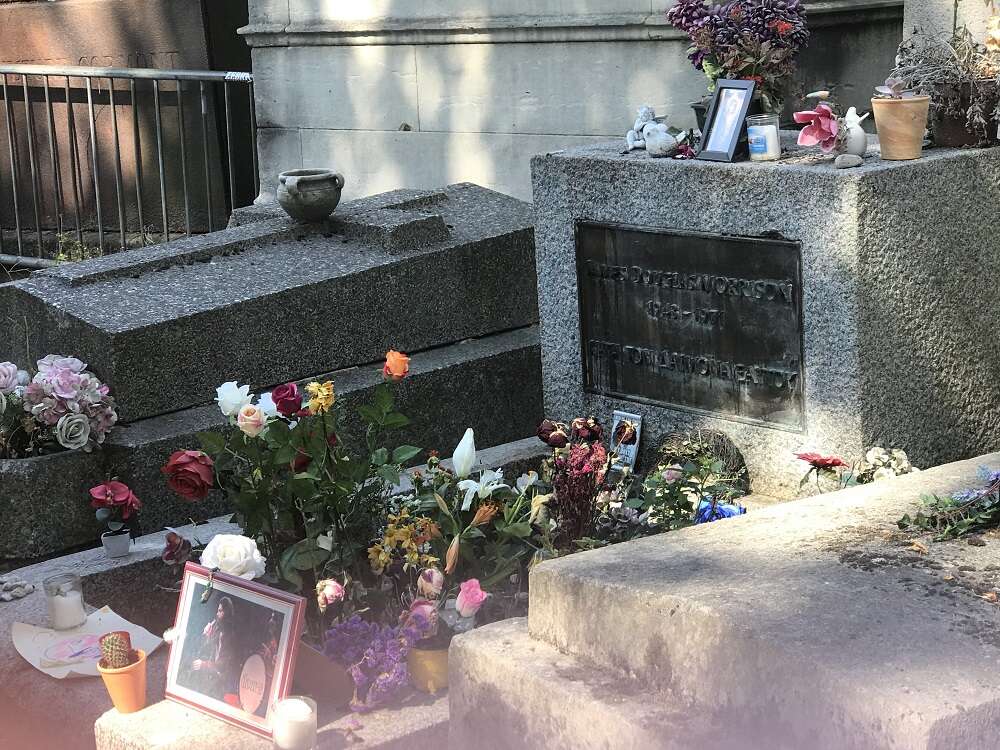 Oscar Wilde. The monument to the writer resembles the Sphinx. Fans, or rather, female fans, kissed the pedestal so many times, that it a glass barrier was erected for its protection. So now, red lipstick kisses do not harm the monument. 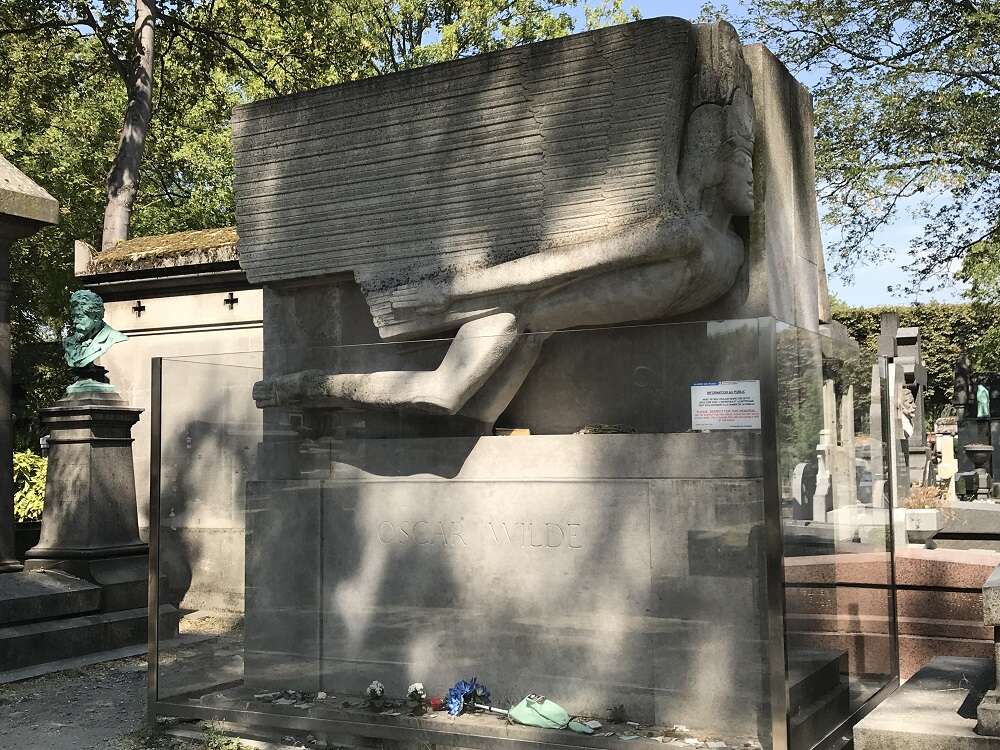 Victor Noir. His grave is hidden in the depths of the site and you can easily walk by, especially if you do not know what attracts many visitors. But the fact is that Victor was a young man who died in a duel on the day of his wedding. He was a famous lover and the sculptor depicted him in a tombstone in an excited state. Women rubbed the bronze statue of Victor from the waist down so many times, that the management still decides how to protect it from destruction.

Edith Piaf. It will be very difficult to find this grave since the great singer is buried in an ordinary family grave without a pompous monument. Only a small tablet and fresh flowers remind of her. 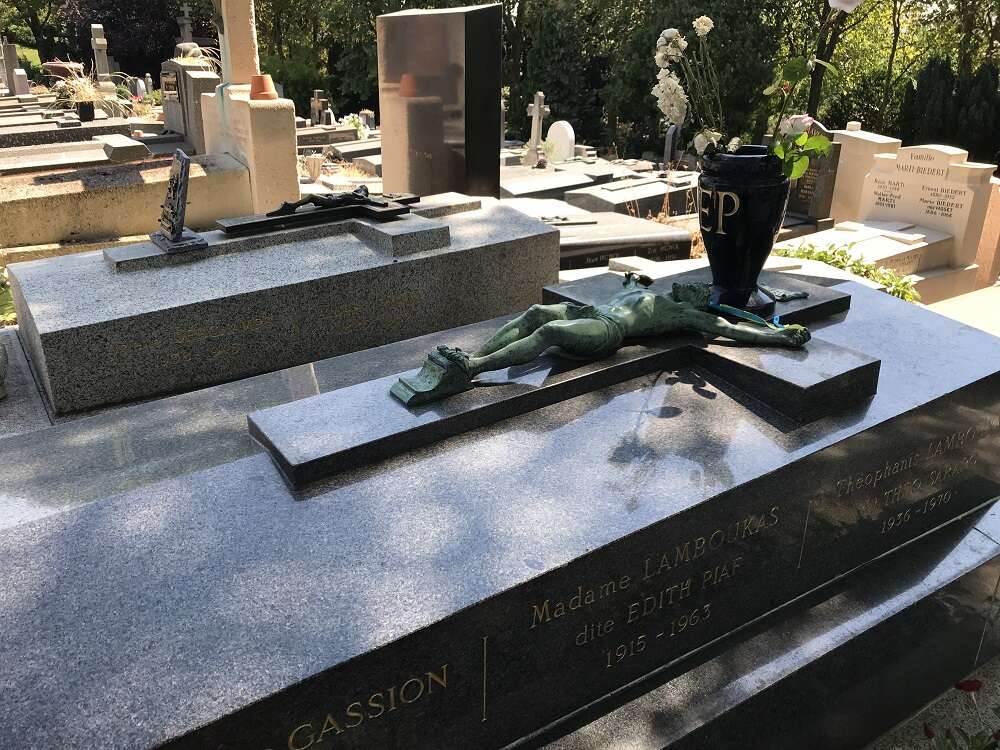 Walking around the cemetery, you will surely meet the graves of Sarah Bernhardt, Maria Callas, Honore de Balzac, Beaumarchais, Modigliani, Pissarro, Musset, Yves Montand - the whole history of European culture will pass before your eyes in these few hours. 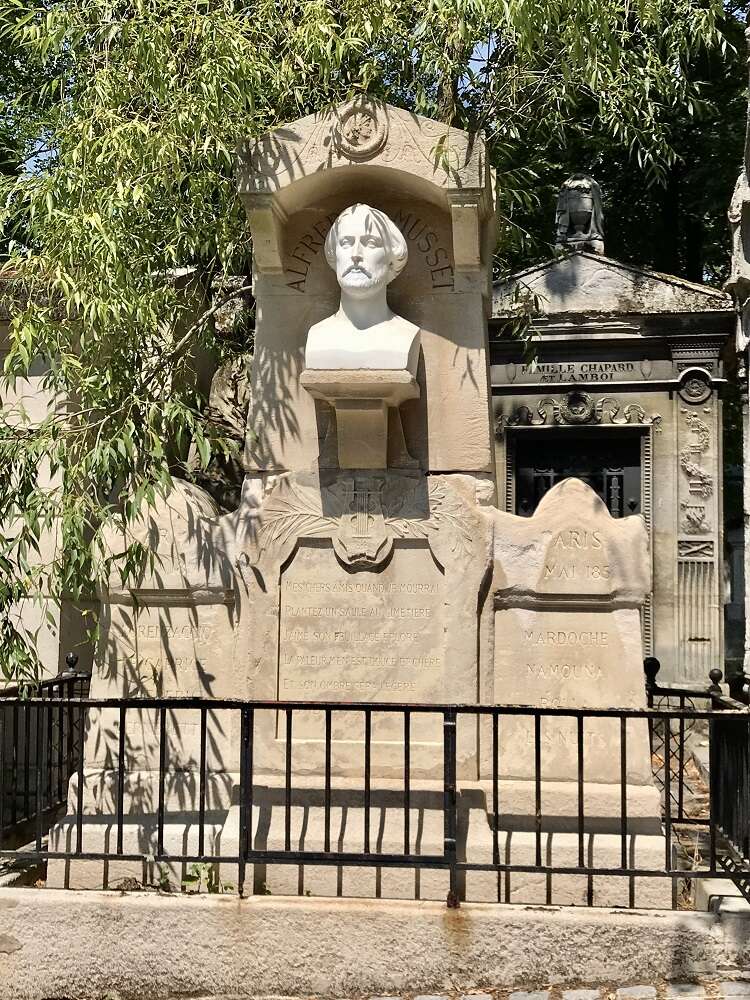 As you might guess, it is located in the famous Montmartre district of Paris, in the 18th arrondissement. And if you live somewhere nearby, then each time you leave the metro, you will pass over it across the bridge on Rue Caulaincourt. The cemetery is below street level, as it was built in a former quarry from which, in fact, Montmartre was built. 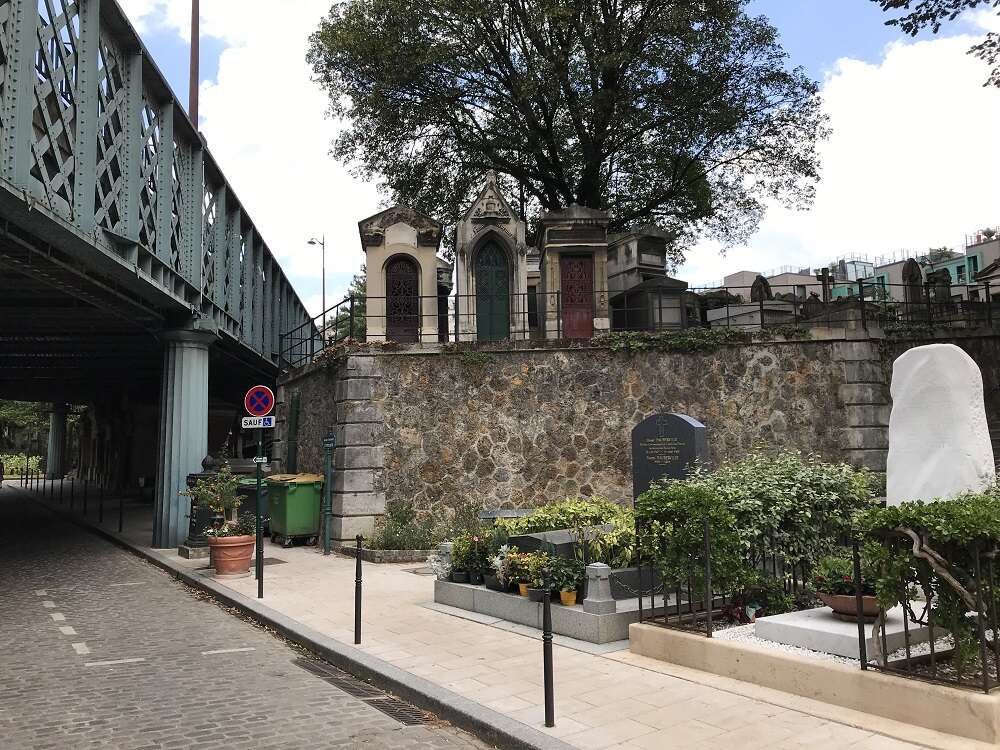 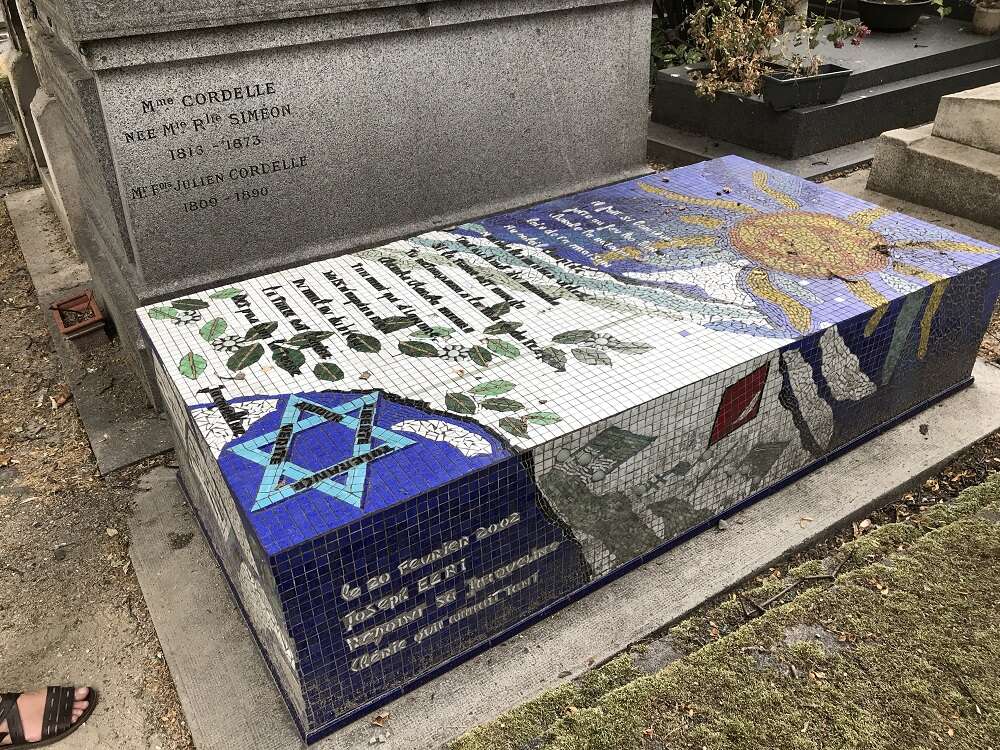 It is noteworthy that the cemetery alleys are named like ordinary city streets: avenue de Montmorency et Chemin Troyon and so on. 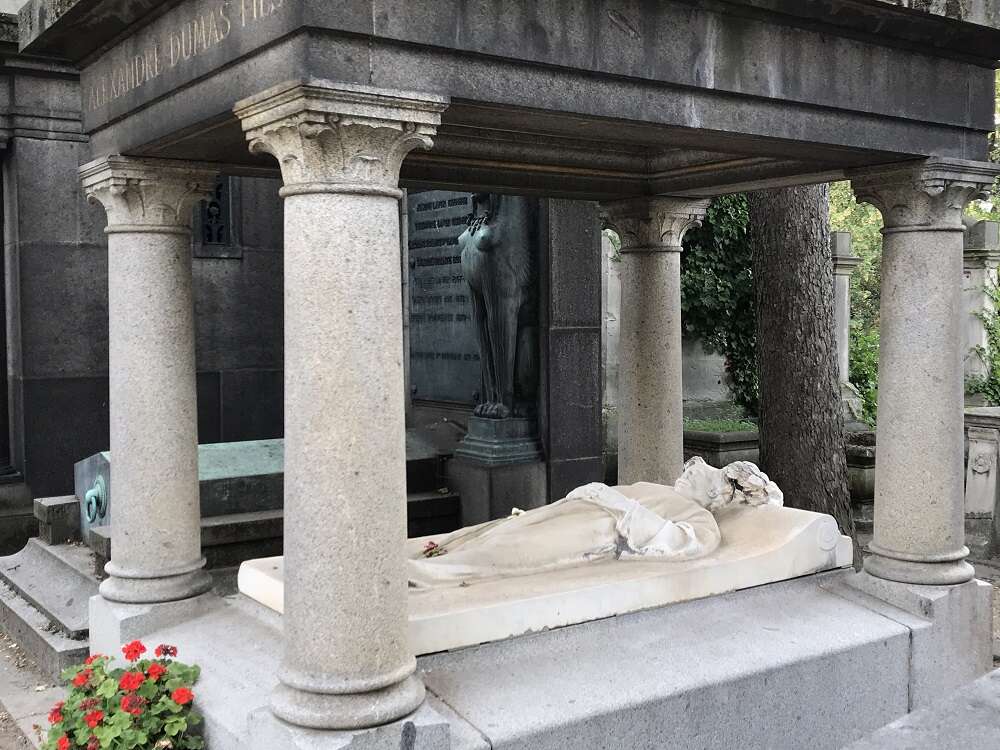 Since Montmartre was a place of attraction for poor artists, actors and musicians, they were buried here. These were artists Degas and Moreau, scientist Ampère, Alexandre Dumas fils, singer Dalida, film director Francois Truffaut and many others. All of them were not rich but remained forever the favorites of not only Parisians. 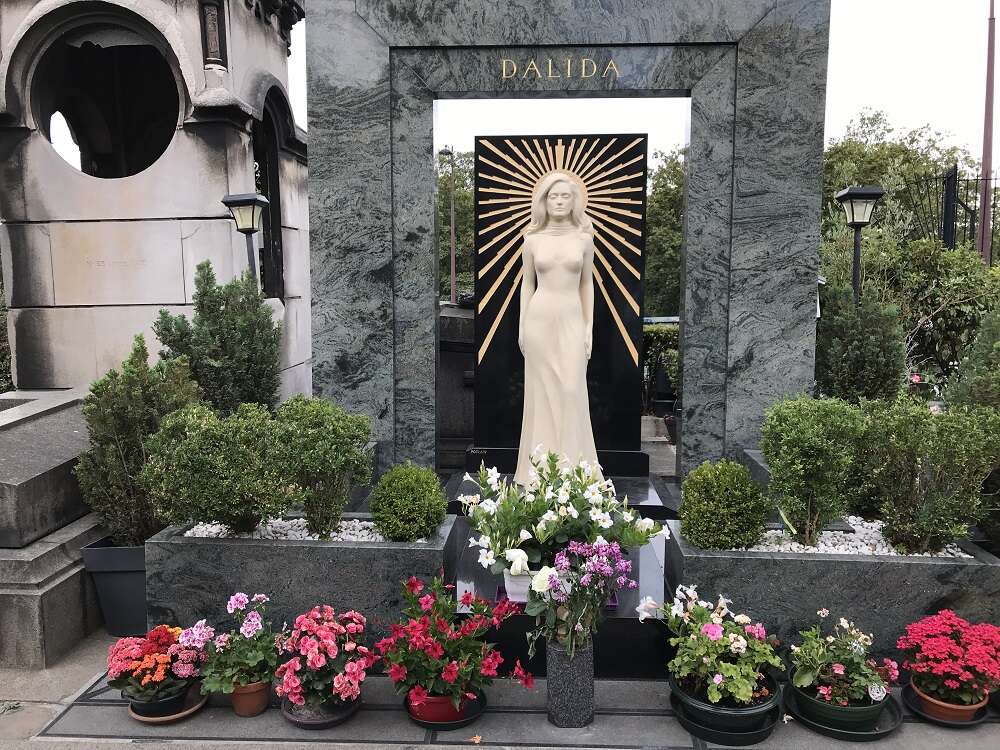 Since the cemetery is not as large as Pere Lachaise, you can combine a walk along with it with a further study of Montmartre and a hike to the hill of Sacré Coeur. By the way, climbing the hill, you can see another small cemetery of Saint-Vincent. If it is open, make sure to visit it too. The real native Parisians, typical residents of Montmartre, the same actors, directors, writers rest there. 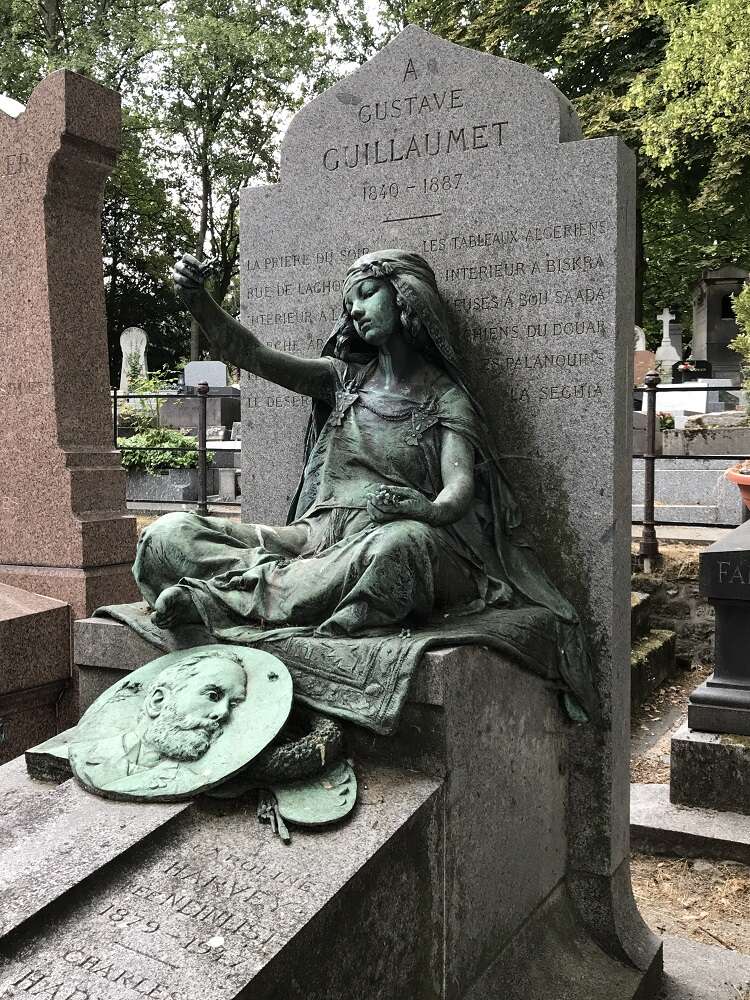 This district cemetery is located in the 14th arrondissement of Paris. The cemetery is free to visit.

Wi-Fi is free on the territory. 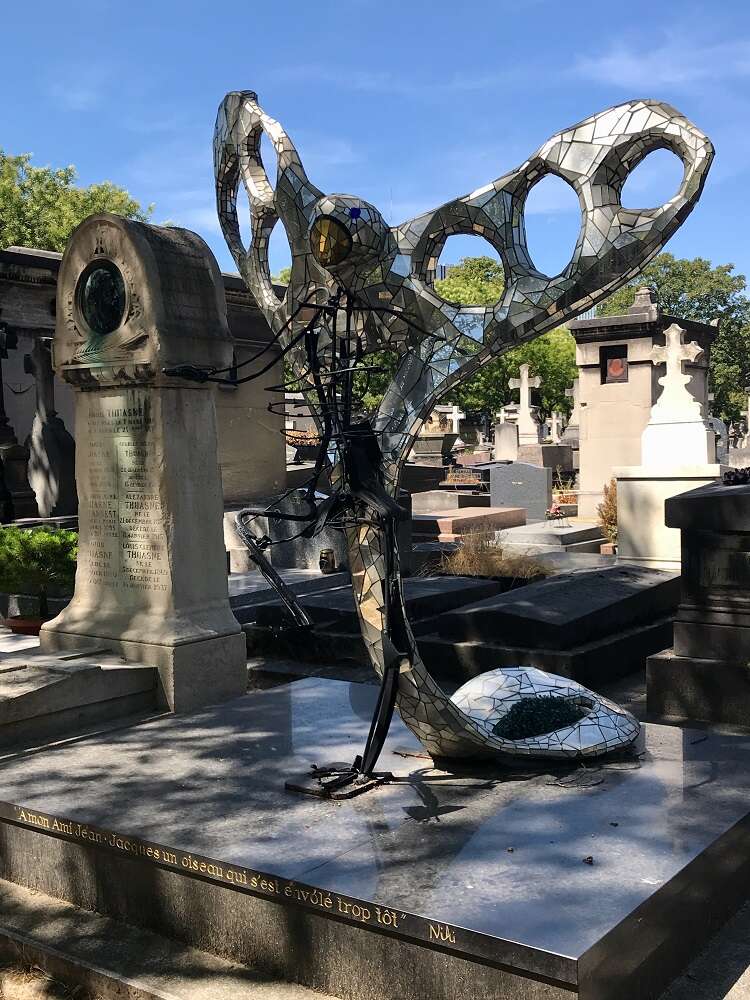 It is not as magnificent as Pere Lachaise, but there are many interesting monuments of the early 20th century as well as modern ones. Alleys of the cemetery are called avenues. 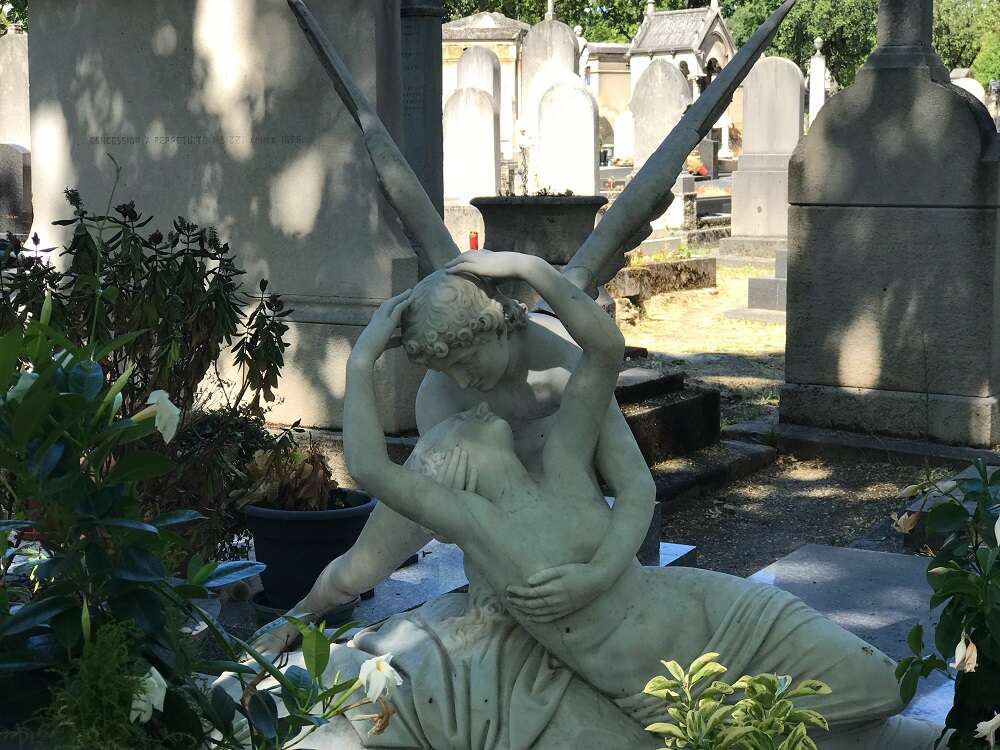 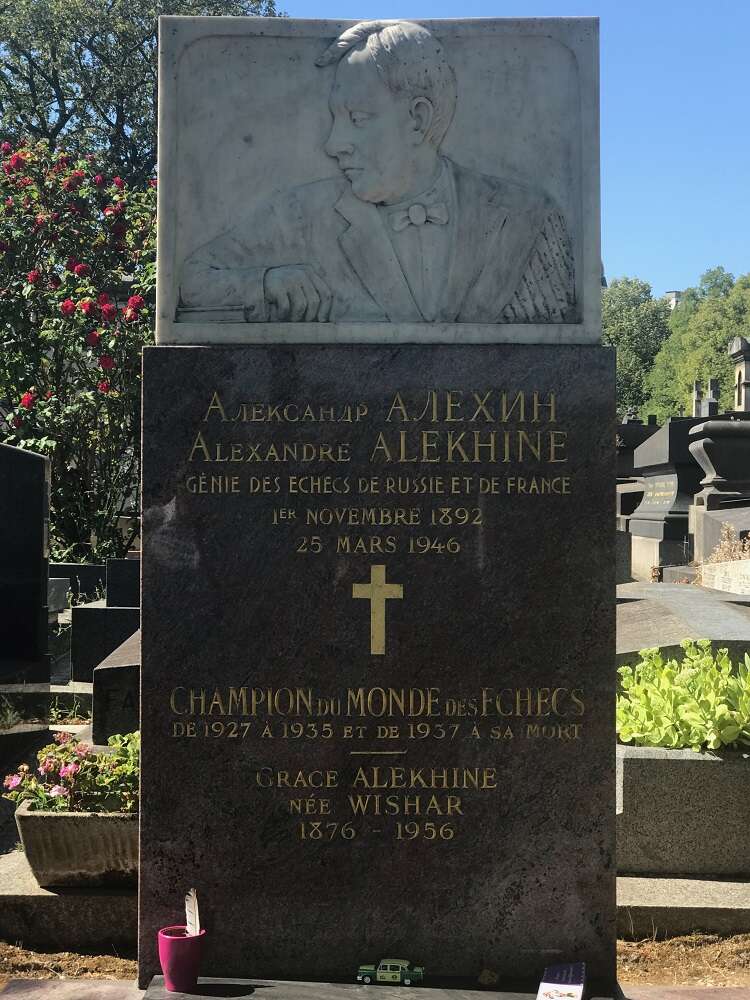 It’s customary to smoke a cigarette at the grave of singer and musician Serge Gainsbourg and put a cigarette butt in a specially installed jar. And yes, do not forget to leave a cigarette on Serge’s grave - he was a heavy smoker and will certainly appreciate your gesture from the afterlife.

The tombstone of the inventor of the gas lamp Charles Pigeon is of high interest. The inventor is depicted lying on a bed next to his sleeping wife and reading a book in the light of his invention. 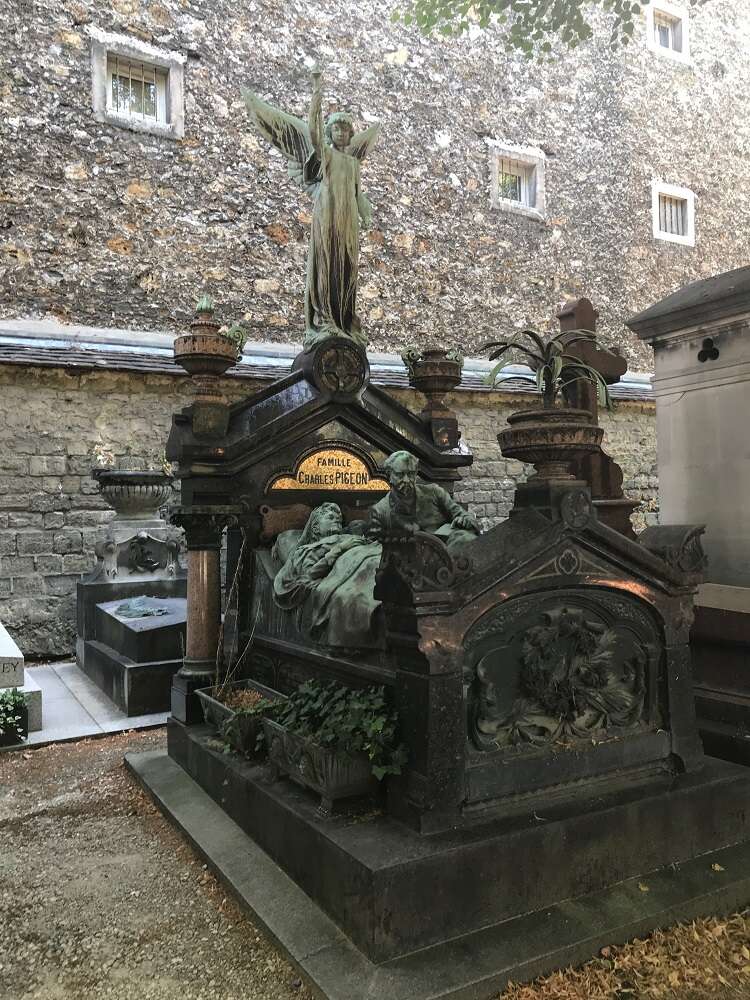 Once upon a time, there were farms here. In memory of them, the remains of the mill have been preserved in the cemetery. By the way, nearby, there is a farmers market Marché Edgar Quinet on Wednesdays and Saturdays. However, it completes its work by lunchtime. Therefore, if you want to look here too, plan the time correctly. By the way, at the end of the day, sellers make huge discounts on their products. 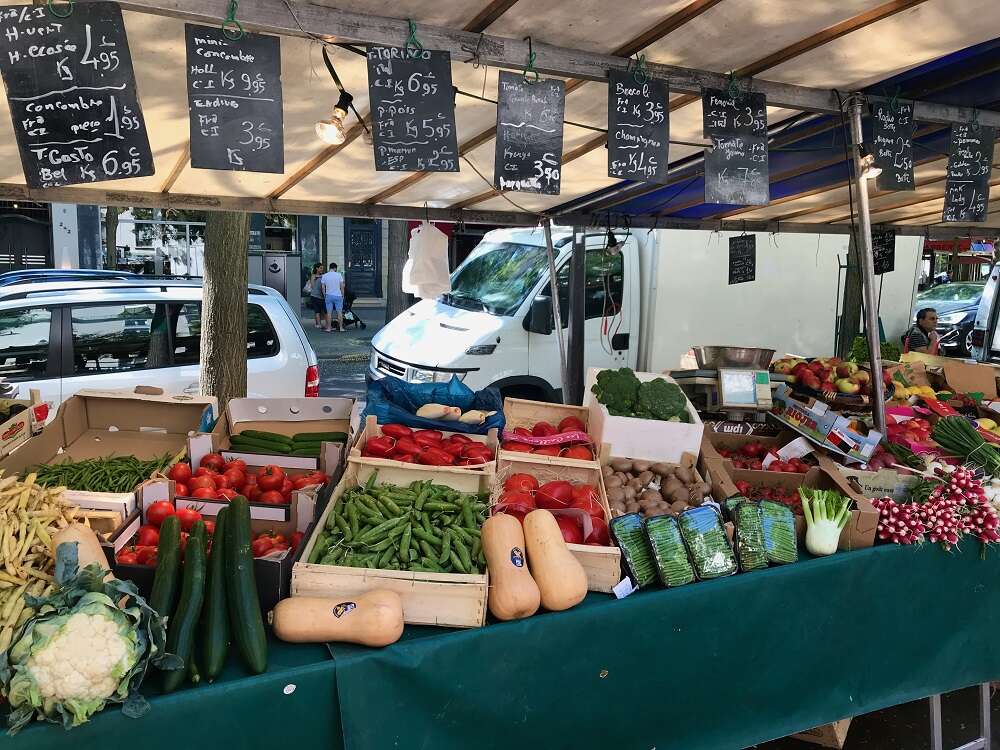