Santas in Different Parts of the World

''A kid lives somewhere in each adult” that is what thought the Italian filmmaker Federico Fellini. The very truth of the words especially is felt on pre-Christmas days, these days even the deep-rooted cynics wait for some miracle. Adults and kids all over the world start thinking about gifts, Christmas Tree and soon visit of the Main Magician. Though, his name is not always Santa Claus.

Travellizy managed to know and now shares with you the names and look of the main Christmas heroes in different parts of the world.

Part of the main winter wonder-worker, on the Greek Cyprus, takes St.Basil or Agios Vasilis. The day of the Saint falls on January 1. Cypriots believe the wonder-worker comes to each house to see the inner tunes in the family. He gives luck to the happiest and joyful minded. So try not to get upset for the Holidays on Cyprus.

In Belgium and the Netherlands – Sinterklaas 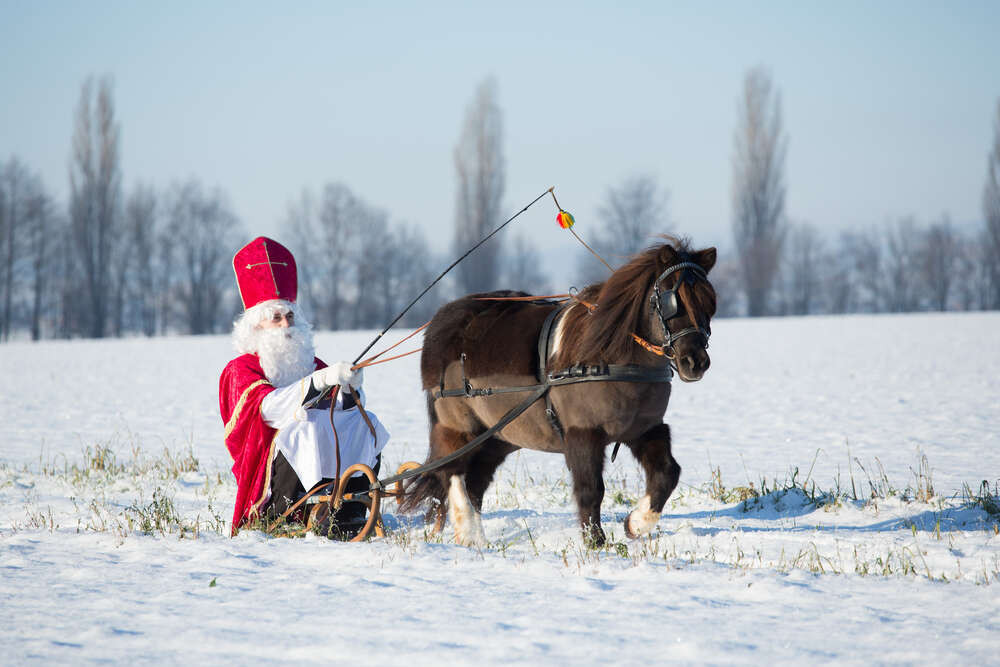 In Belgium and the Netherlands believe in Sinterklaas. The New Year character arrives on the ship and gives the gifts to the kids while the street walking. So-called, Black Petes, help him, they are dark skinned with the gold earrings, red lips and black hair. In the Black Petes’ book is written all the bad deeds of the naughty children. And for the bad behaviour Sinterklaas’ helpers can even whip. So parents in Belgium and the Netherlands always warn their kids: Black Pete can come and put naughty children into his bag. To the obedient children, Sinterklaas leaves a gift in a shoe.

Chinese have own New Year, so-called Chun'zce (or Spring Holiday). They celebrate it at the end of January or even in February, depending on the calendar dates. But the western New Year, on December 31-January 1, is also celebrated here.

A lot of centuries in the run, the Chinese used to close their doors before the Spring Holiday. They were afraid of the huge monster Nian (means “year”). But once they found out Nian is afraid of everything red-coloured. Since then Chinese everywhere hang the red lanterns and dress their own Santa – Shjen Dan' Laozhjen' – in a vest of a bright red colour.

Seems he is the most extraordinary Santa in the world. His look may be easily changed, but Papa Paskual’s difference is in the longshanks he uses to walk. And he is a more negative character, personifying old year which tries to stay longer.

So one should boo and shout Papa Paskual out. 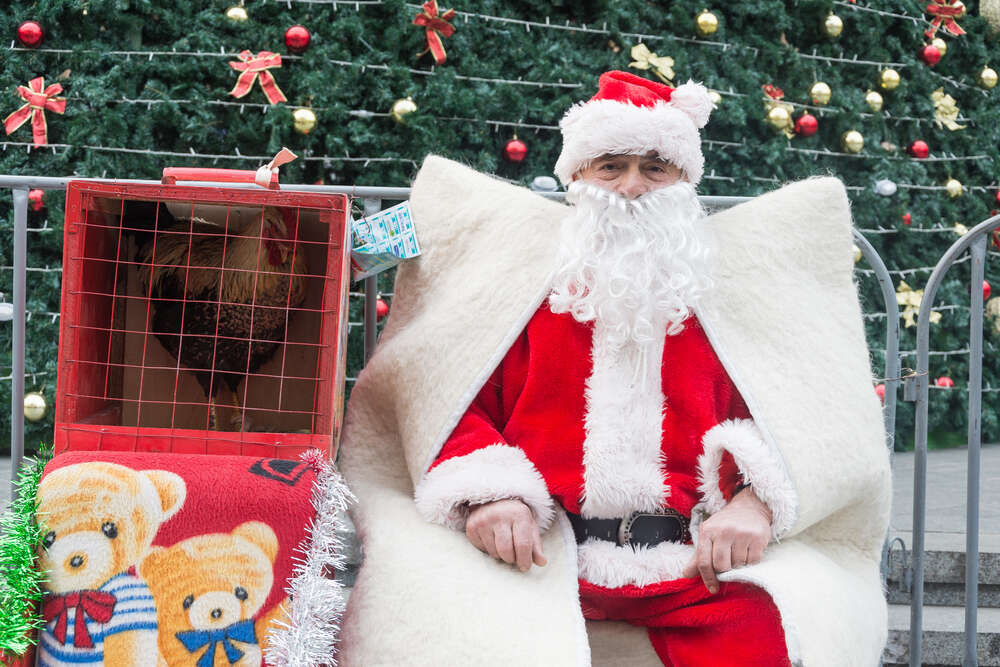 “Snowy Grandpa” or Tovlis babua shows up to the kids with the huge two gift bags. New Year character is dressed in black or white Georgian national dress, called a Circassian coat, with sheepskin hat on. Kinds in the country get churchkhela and nuts-and-honey bars for New Year, a symbol of the sweet life. 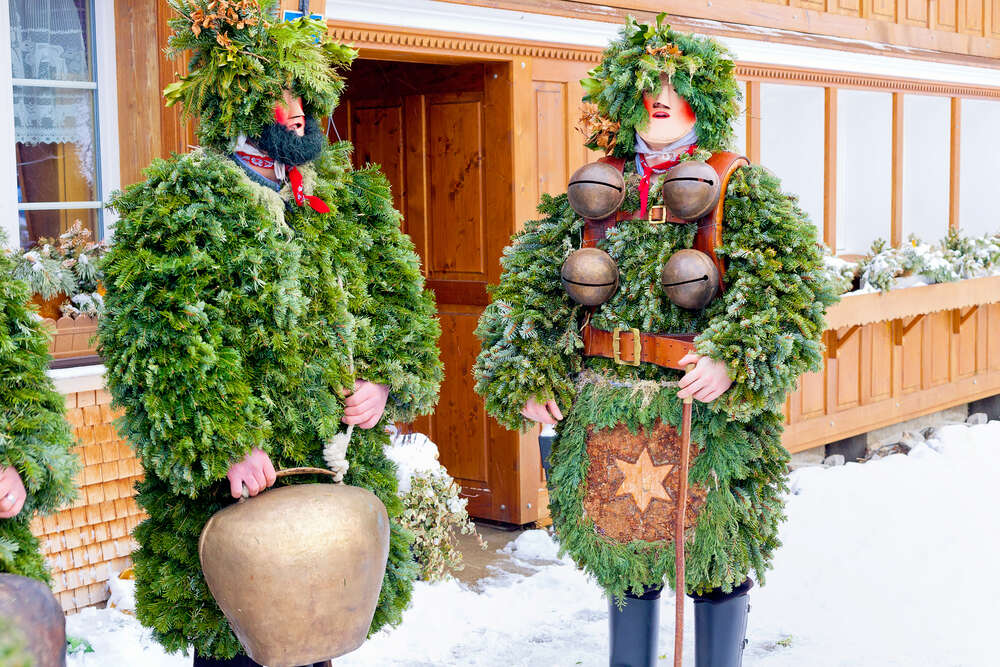 Not Santa Claus, but Saint Silvester is the main winter character in Austria. So the January 1st  is devoted to Saint Silvester. For the New Year’s Eve, people start the fireworks. In such a way they try to fire away from the spirit of Old Year. Also, they make guessing on the lead. The melted metal in the cold water makes different figures and Austrians try to see in it sun or a hatted figure as that means lots of luck for the next year. 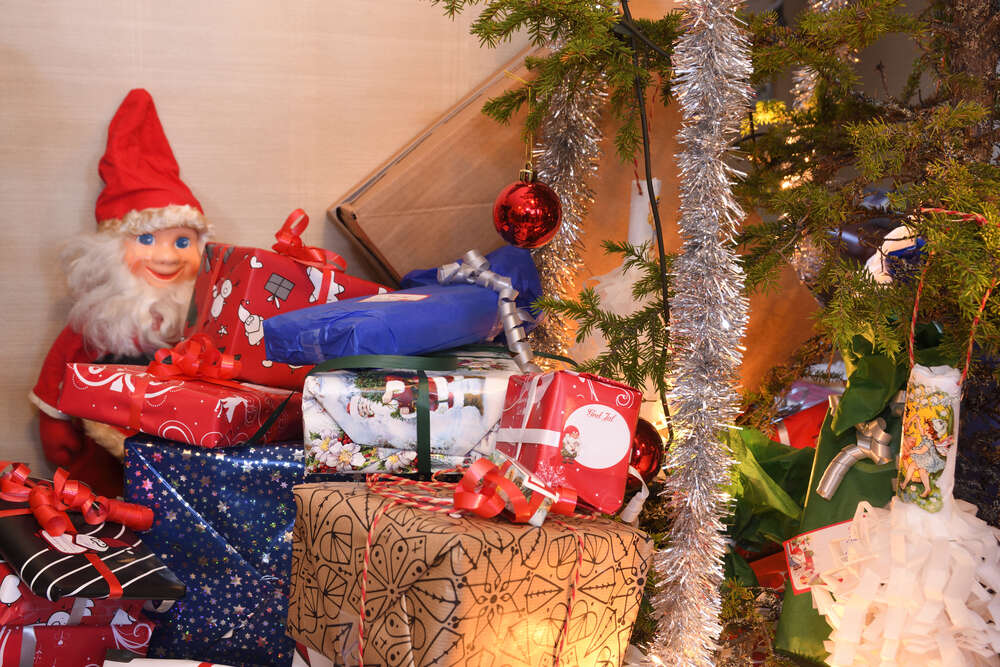 In Sweden kids look for their gifts on a windowsill. The presents are left there by Chris Kringle. He is a round-back little old man, who lives in a wood all the yearlong. Chris is not alone; his helpers are elves and snowmen. 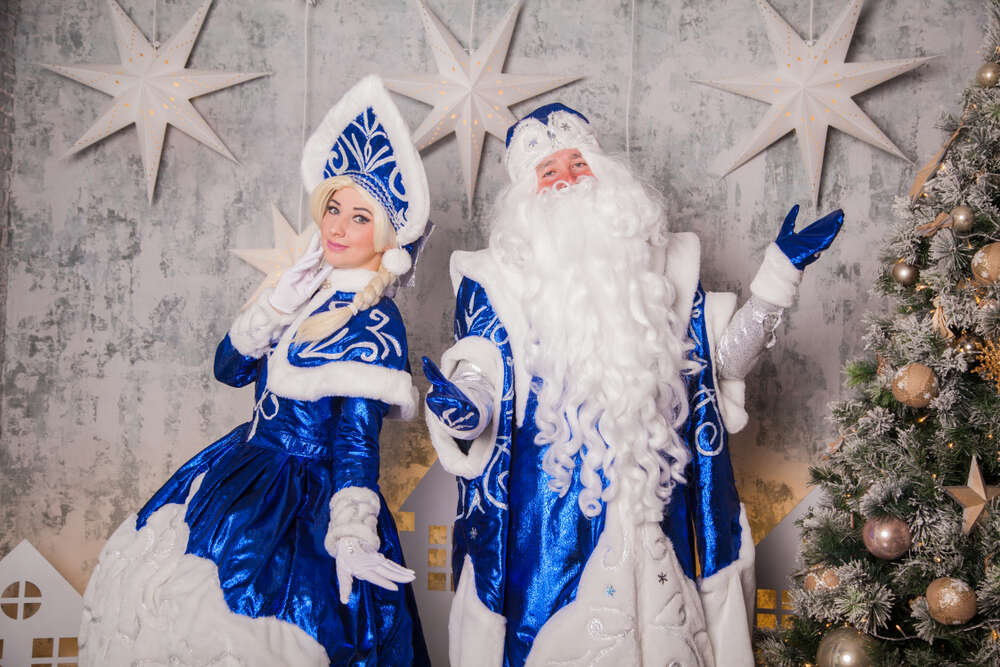 The Russians imagine the Master of winter in a red or blue fur coat, with a long white beard and a magic long stick in his hands. Ded Moroz visits children in a sleigh drawn by three horses. Very often he trips with his granddaughter. Her name is Snegurochka. The magician makes dreams true by striking the ground by his magic long stick. Though Ded Moroz is in his ages he loves to dance in a ring and sing. To get a gift kids need to declaim New Year verses by heart. 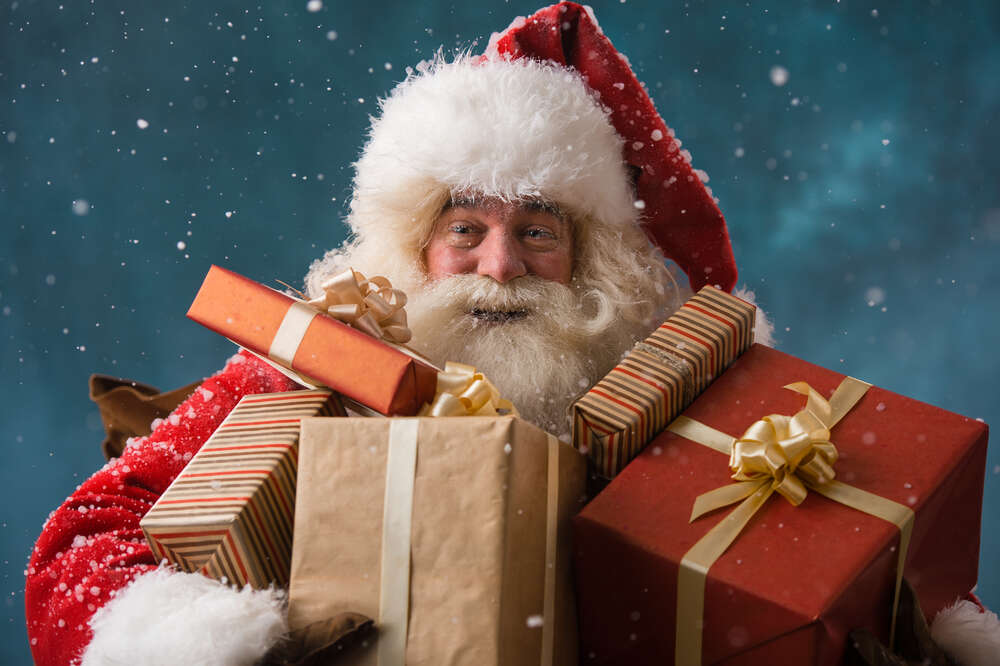 Americans think that kind old man in his furred coat lives in the North Pole. He has his special book with the records of all children’s deeds (both good and bad ones). Fairy character is always with a kind and evil helpers. For example, behind Santa can Krampus occur, he is ready to punish each naughty kid. The fact is the Santa’s image was created on 30th of the 20th century by Coca-Cola designers. They are owners of the idea to create Santa, who nowadays is known all over the world.