During the world tour, the tiger-man Rooji finds exotic and not banal corners of the planet. Exclusively for Travellizy, a sybarite and thrill-lover talks about his adventures.

This spring I ended up off the coast of the Indian Ocean on the fabulous island of Ceylon, now known as Sri Lanka. I wanted to plunge into local life and grab what we lose in the bustle of megalopolises. Sri Lanka lives differently - it is not in a hurry, it enjoys the surrounding nature and harmony with the world.

Emotions abated, everything settled down, which means that now is the time to share impressions - to show the island as it is. 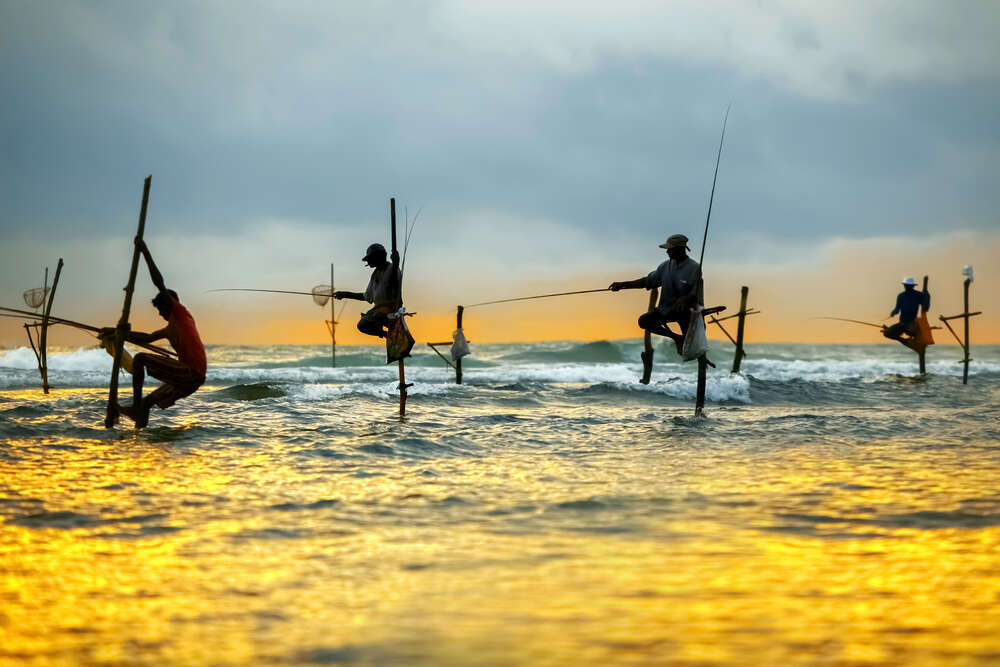 Sri Lanka does not leave anyone indifferent. You either fall in love with this country immediately, or reject its identity. You can try to stay in the resort, but I would strongly advise you to spend a month on the coast in a strange fishing village among smiling Lankans. Everything is real there. 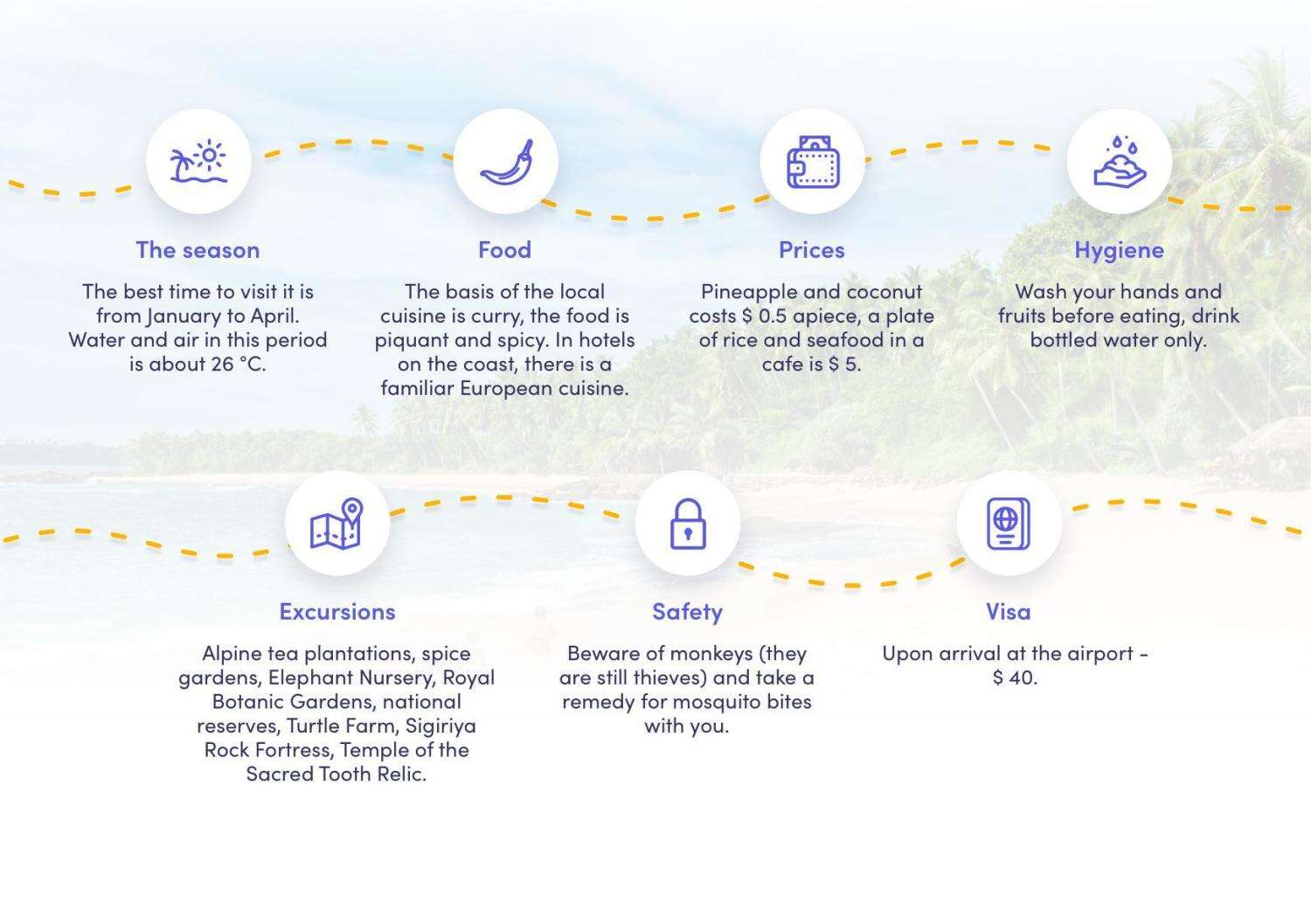 After passport control, we went to the airport lobby, and through the panoramic windows we were welcomes by the rays of the sun, which trickled through the palm trees. The picture captured with its beauty and even seemed unreal at first. From this moment on, our adventure began. 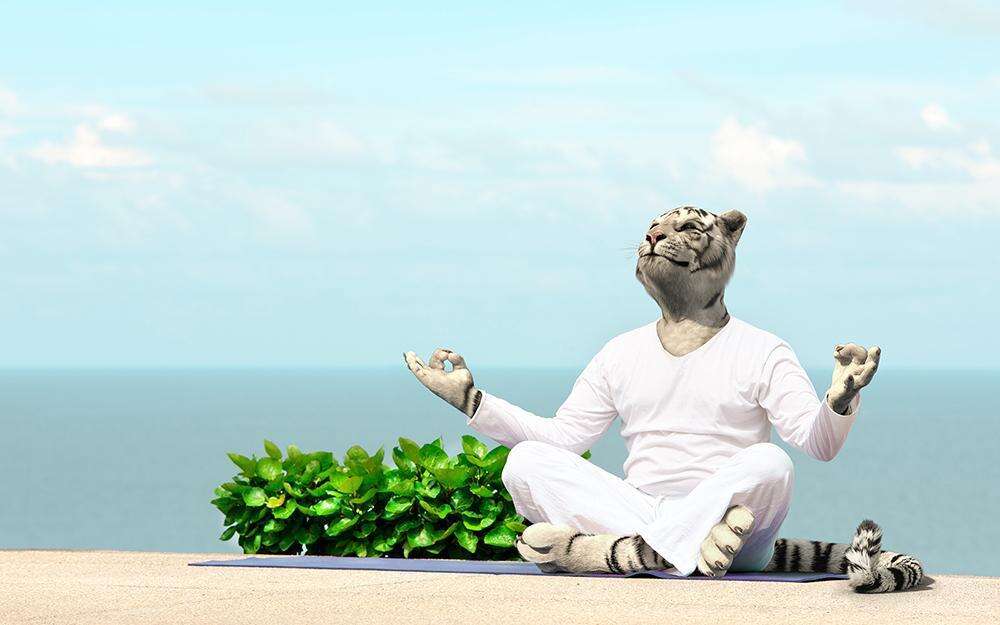 Sri Lanka is endless beaches, palm trees and rice plantations, flowers, fruits and a riot of colors. The first thing you feel when leaving the plane is its air. It is soft, warm and with taste of spices. Striking colorful Indian dresses stand out immediately. And then the ear catches the unusual singing of birds. In the jungle, there is a huge number of species of birds and creatures that sometimes make fantastic sounds.

And here is my first advice to you: if you love an active, diverse and informative vacation, like me, on such a trip, it is better to get together a good company of friends, who is also interested in being close with nature and acquaintance with the ancient culture of civilization.

Roads and Traffic in Sri Lanka

From Colombo, the capital city of the country, we traveled 170 km to the south. The traffic in Sri Lanka is left-sided, but in fact, it makes no difference what strip you are driving on.

There is an unspoken rule in Sri Lanka: the bigger your car is and the more people it can fit, the more important you are on the road. If a cop sees fit to let you move, he'll do it. But when he lets you move, it is strictly at his discretion. As a driver, I didn't find any logic. 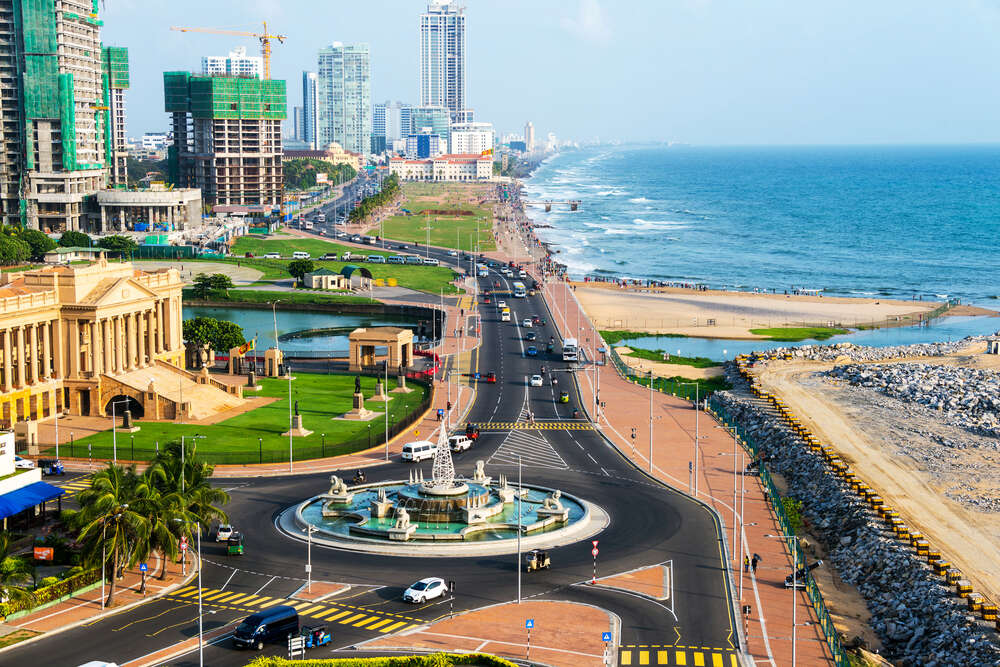 On the road, buses are the most important. They rush non-stop and discharge passengers on the go. If an elderly woman asks for a stop, the driver will still agree to slow down, but the youth will jump out of the moving bus.

The roads in Sri Lanka are two-lane, often in the form of serpentine. Here, it is customary to beep while driving. Thus, drivers warn each other about their presence on the road. We used to think, that a horn honking is a reason to hurry, correct another driver's error, if he did something wrong. And in Sri Lanka, drivers just honk to inform all road users about themselves. They honk to those who are ahead, and even to those who move on an oncoming traffic. Yes, there are rear view mirrors, but for some reason, they use the horn. My driver was signaling so many times for 2.5 hours on the way to the village, that it seemed to me: my head will split open. 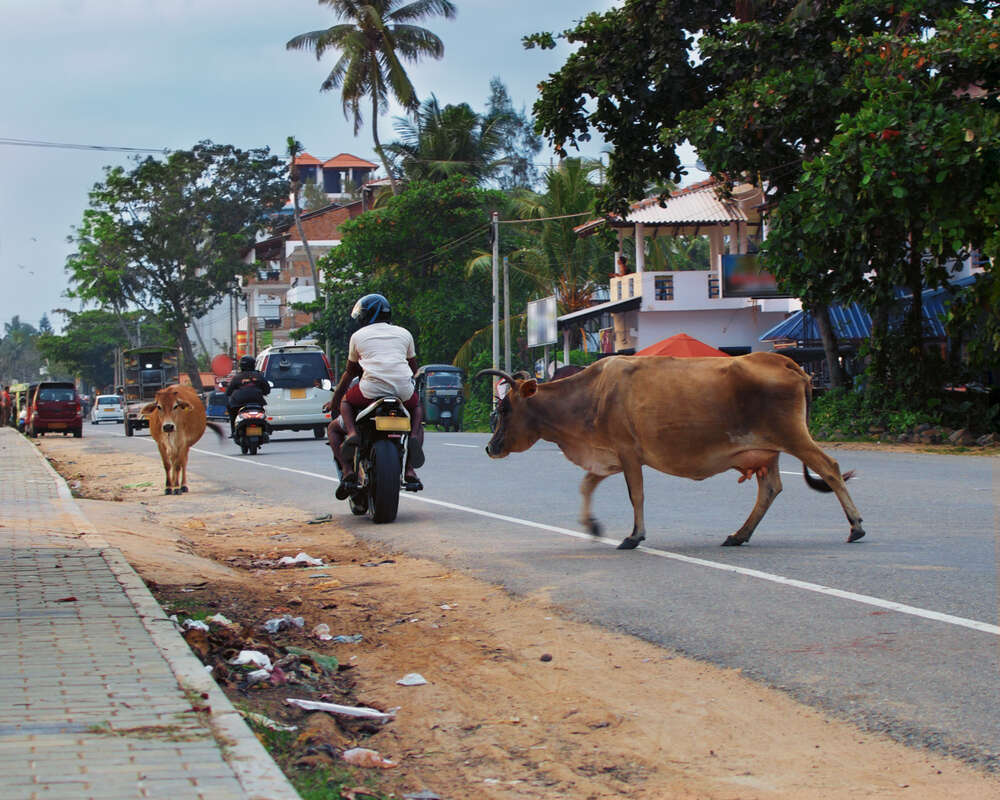 Pedestrian crossings are applied, but there is no guarantee, that anyone will stop. In extreme cases, you can go on the road, raise your palm with the stop hand signal, and drivers will stop driving. But tourists should be extremely careful when crossing the road. In a word, it's Asia.

At the same time, the asphalt surface is in very good condition. There are several toll motorways on the island.

Most of the locals live in poor shacks. They do not look like Hindu. Basically, they are short brown people. 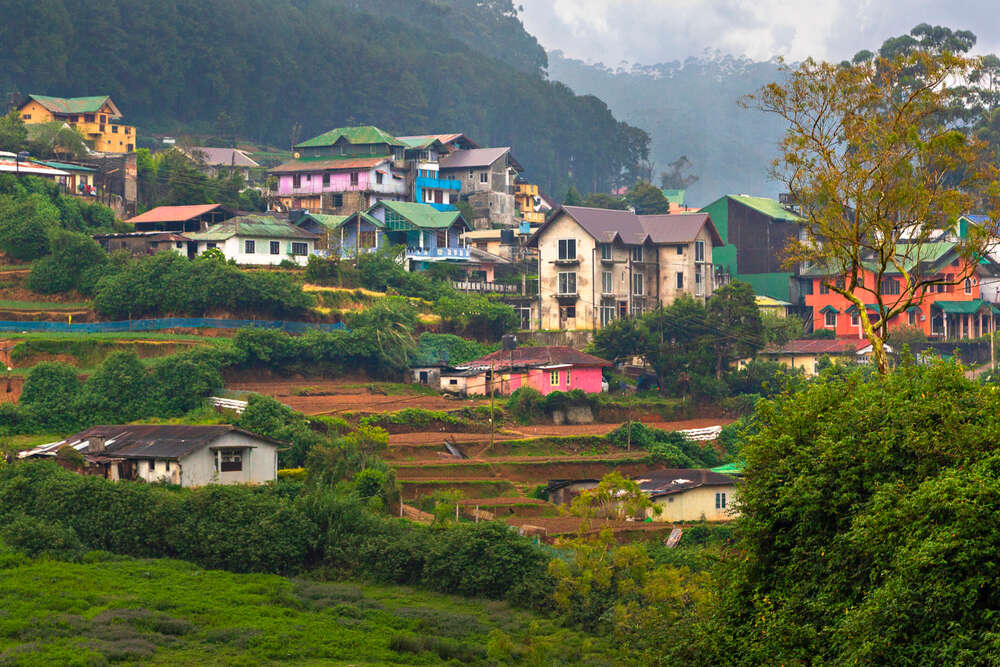 In the southern regions, they understand English, as they communicate with tourists more often. And in the central part of the country, visitors are served a menu with a figure opposite each dish. But mistakes occur even in such a simple communication. For example, we made an order for 12 positions once, and 3 of them were eventually interpreted by the waiter incorrectly.

Lankans are very kind. Even if they are trying to deceive a tourist, it is very cute and for some ridiculous money - for a dollar or two, and they make a mischievous look at the same time. They have never seen snow, and when you show them a photo with it, they can’t realize, what coldness outside feels like? 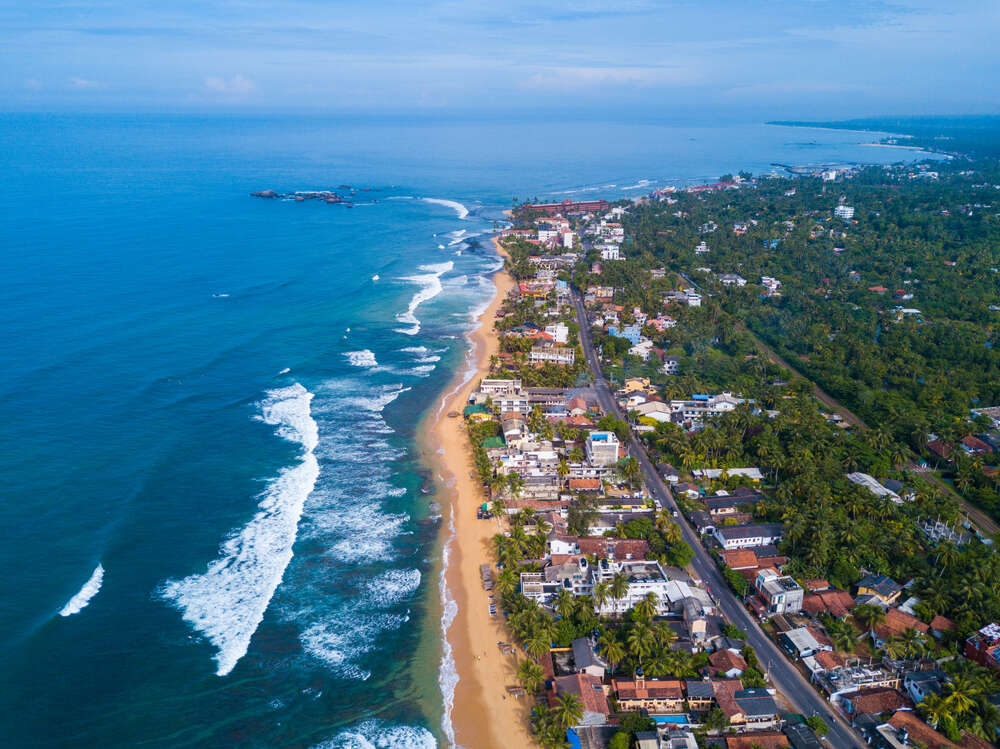 Lankans live by the roads, all settlements are located at the side of the main road. And as a rule, the farther from the road the house is, the poorer the people in it are. The average salary of a Sri Lankan is $ 130 a month.

By the nature, these people are peaceful and never in a hurry. All that a local resident needs for happiness is to sell fish in the morning, buy a beer and go to the beach. I think, the main role in this was played by Buddhism, the dominant religion on the island.

We stayed in the village of Maracanda. For a month, we made more than one attempt to learn the Sinhalese language, and, as it turned out, it is very difficult. Depending on the figure of speech, the meaning of the same words changes. Therefore, each attempt to pronounce a phrase met laughter among the locals - it was funny for them to listen to our mangling, but at the same time, they were pleased, that foreigners were trying to learn their language.

How much Living in Sri Lanka Costs

For a budget traveler, $ 1,000 per month for accommodation and food in Sri Lanka will be enough. House rent was $ 360. I spent also $ 120 on renting a scooter, it was very convenient to move around on it, the rest of the money went on food and car rental. 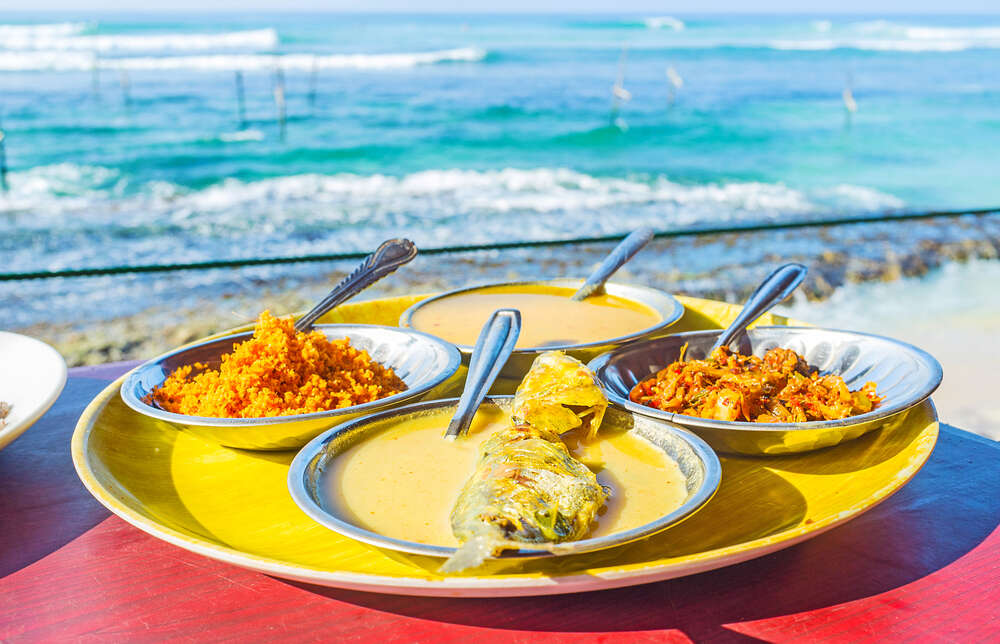 The average bill in a cafe is $ 5. For this ridiculous money, you will be served a portion of rice, a salad and a main course of your choice (shrimps, calamari, chicken, pork or beef). Sri Lankans do not know, how to cook meat, it is overcooked and dry. If you do not want to get your order in the form of coal, choose seafood, they are always fresh and tasty. Fresh juice will cost $ 2. A coconut that is cut open in front of you will cost 50 cents.

The Main Taboos of the Island

In the coastal zone of Sri Lanka, you will see signs appealing to tourists not to walk outside in bathing suits. Unfortunately, visitors ignore this rule.

The fight against smoking is cultivated here. Cigarettes can be bought at the supermarket, the cost of a pack is more than 5 dollars. But local people do not like smoking, and on the streets, you often see signs “No alcohol, no smoking, live sober”. There's something about it. 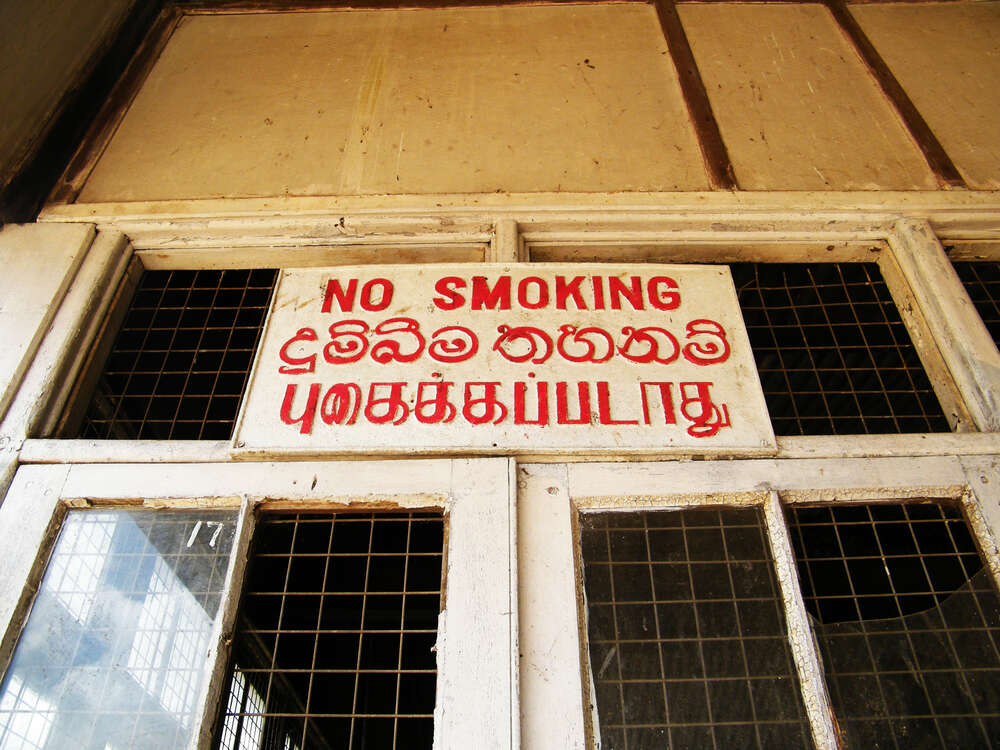 Once a month, Sri Lankans have a holiday in regards with the full moon. Throughout the day, people come to the temples, say prayers. They don't drink alcohol on this day. And an interesting case happened to us. On the beach, an old man approached my friend, who was drinking beer. He told, that a big holiday means for them a new cycle of life, reincarnation. He said calmly: “We do not drink today. It's just you, who drink.” And he left. After this phrase, my friend felt the pangs of conscience. It was stronger than any reproach.

About Sri Lanka's Beauty and its Dangers

Sri Lanka is very beautiful. Numerous plains fade into high mountain peaks, among which fast rivers meander falling down with waterfalls from a height of over 100 meters. The immense rice and tea fields leave unforgettable impressions. 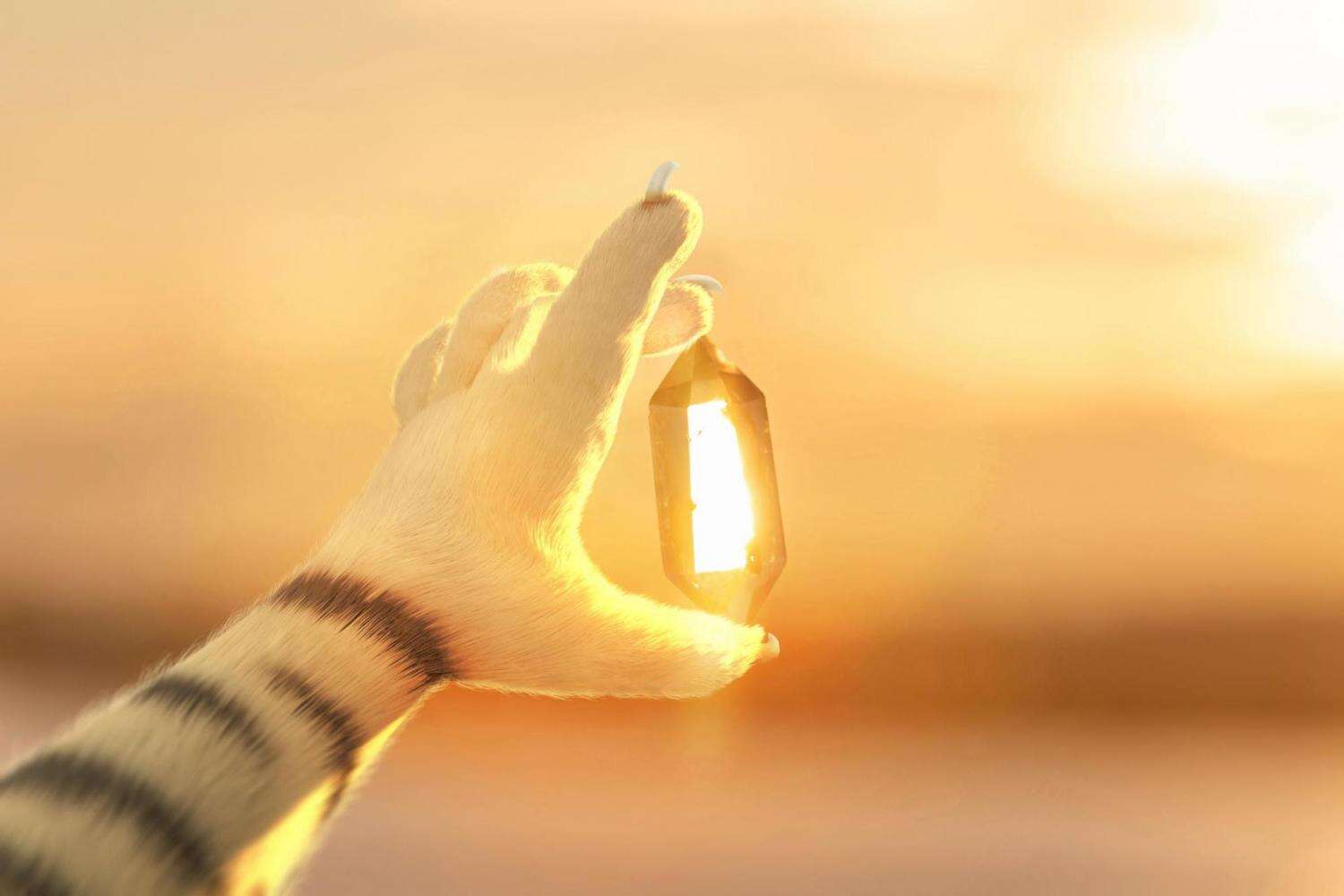 Since ancient times, Sri Lanka is known as Ratnadeepa - "Isle of Gems", an island of precious stones. In Sri Lanka, you can choose worthy gems, even of a rare color (the so-called “fantasy stones”) - sapphires, topazes, tourmalines and amethysts. You should look for jewelry stores in Kandy, Colombo and Galle. Another thing is that it is not easy to see something worthwhile “on the run”, and it’s necessary to bargain, but it costs time. Definitely, you shouldn't buy anything "on the beach": cases, when unpretentious yellow topazes were issued as sapphires are not rare. And remember, that the export from the country of uncut gems is strictly prohibited.

Where else to go in Sri Lanka? Go to the coast. In Ceylon, beaches are wide, long and sandy, but swimming in the ocean means fighting with the waves. Or conquering them on a surfboard! 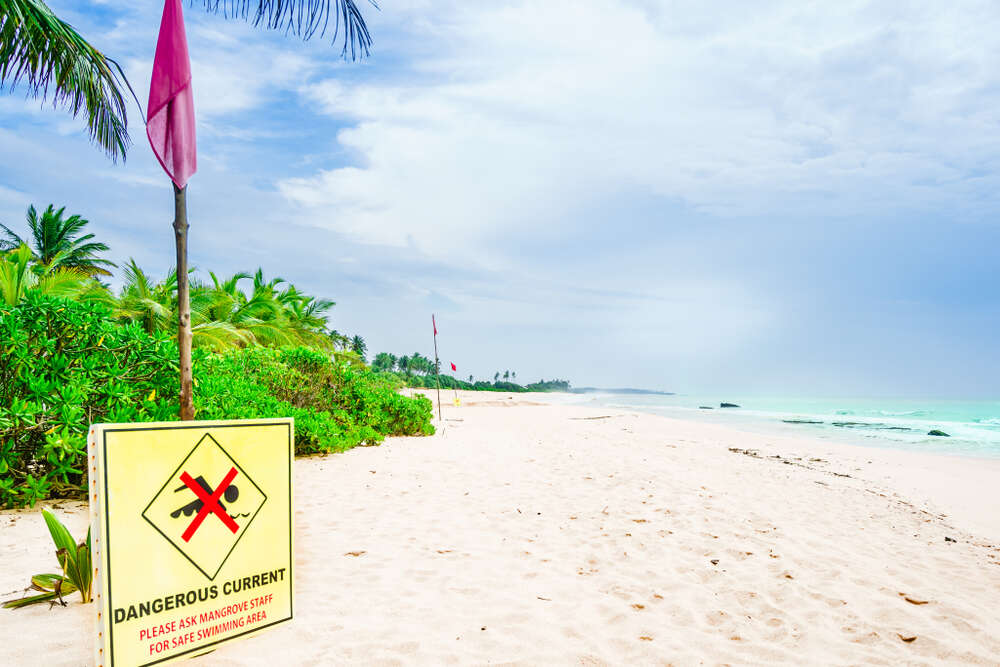 The ocean is most dangerous near the coast. A 7-meter wave easily knocks you off your feet, even if you stand ankle-deep or knee-deep in water. The worst thing is, when it starts rolling. And if you are pulled in it, the wave will whirl you like a feather, and no worse than a washing machine. Regroup and don't resist, cover the back of your head with your hand, so that you will not lose consciousness during the impact on the bottom. Try not to breathe as long as possible, you can choke with water in a whirlpool. The stream will push you onto the sand, and you will surely survive. You just need to wait...

This is not where my Sri Lanka story ends. About how we were attacked by a pack of monkeys, how we traveled to the mountains on a Lankan train and how flower dealers threw themselves under the wheels, you can read about this and many other things in the second part of “Full Immersion”.