The tiger-man Rooji explores the world, traveling in the most exotic corners of the world. Travellizy follows his adventures and publishes the chronicles.

Sri Lanka has a peculiarity - its compactness! Other Asian countries are distinguished by their gigantic size, and sometimes it is worth making a choice: either holidays on the coast, or sightseeing (I suggest: either passive beach holiday, or an active one, with climbing and extreme sports). Everything is different, when you are talking about Sri Lanka - here, even for a short vacation, you can get a complete picture of the country and experience a special color.

I am not a big fan of “must see” places, that are often crowded with tourists. But Sigiriya Rock, the country's most famous landmark and the island’s visiting card, got into my short list. In fact, it is the rock, where the ancient city of Sigiriya was formed. The place is really worthwhile. Entry fee costs $ 30. 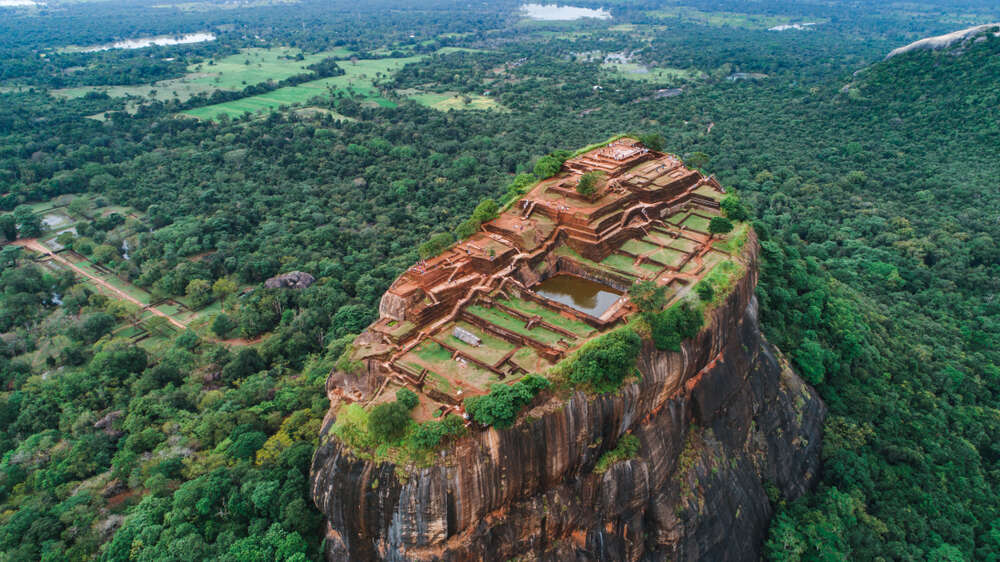 The ascent to the rock is not very problematic and difficult, although you will have to overcome 750 steps (and this is about 60 floors). The driving route for observation is strictly defined, so it is impossible to get lost, you just need to go where everyone goes. 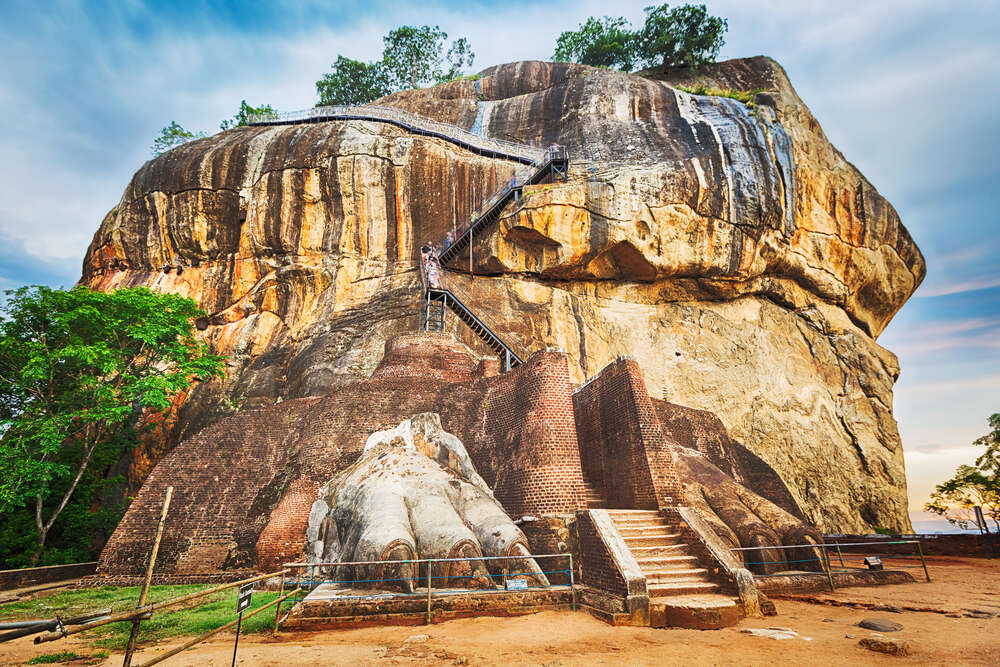 There are steps and railings the whole way up, because the climb shouldn't be beyond everyone's abilities. The only thing is that they are not very wide, and the movement is one-way in some places. Before climbing, make sure to take a sufficient amount of drinking water, as it is not sold here. 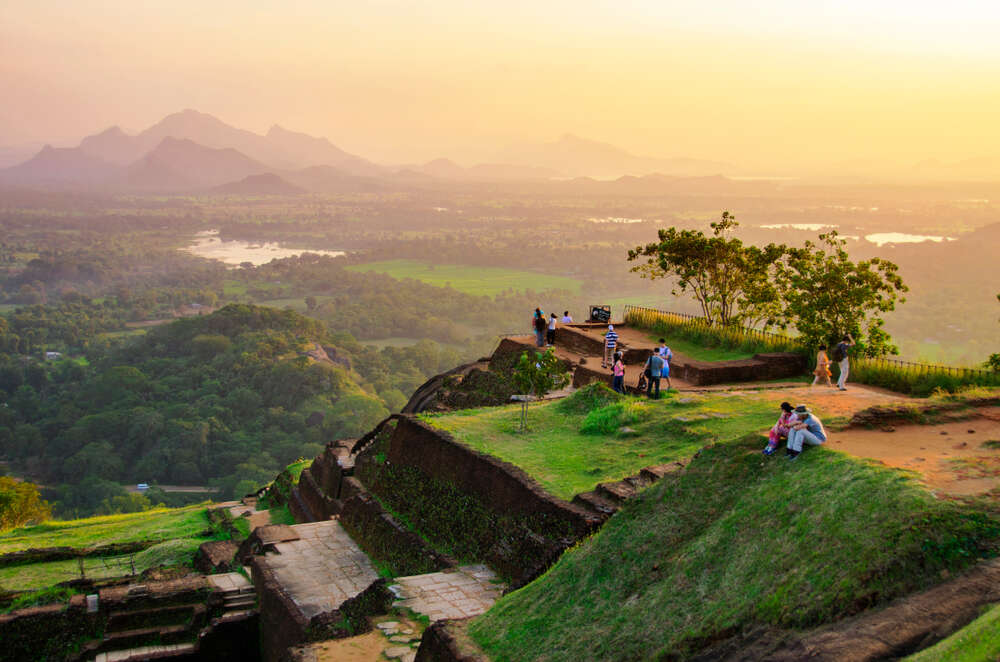 Above you can see an incredible view of the lush green landscape and mountains, so you don't even want to go down. At the top of the mountain are the remains of an ancient fortress of the V century and a Buddhist monastery. The oldest fountains in the world still function there. And one of the big mysteries is how it can be possible at a height of 40 meters.

Travelers are usually recommended to visit the Elephant Sanctuary. But I would not advise it: watching graceful animals in cages or riding an elephant seems inhuman to me. Elephants from the sanctuary are under tremendous stress because hundreds of people take pictures with them and try to touch them. Fortunately, you can see elephants in Ceylon and not only in the walls of menageries. For example, one elephant lives at a Buddhist temple in the town of Hicca Voodoo. Monks take care of the animal and treat it with respect. They don't allow tourists to approach it - you can admire the giantess from a distance. 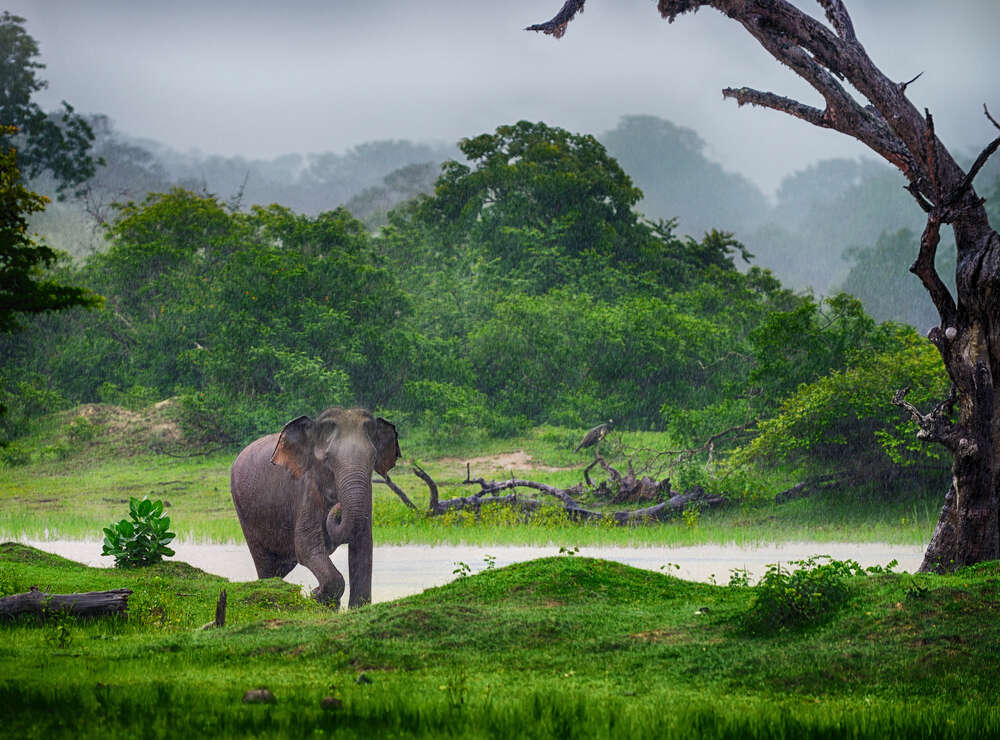 We saw the second elephant by chance, when local residents transported it in a truck trailer. The elephant turned out to be sociable, and when we passed by, sniffed us and touched my arm with his trunk.

The Weather in Sri Lanka

The summer season starts from the beginning of January and lasts 4 months - until April. This is the time, when the island is sunny, warm, in a word, paradise. At the end of the summer season, it keeps raining and the wind rises there for 8 months. 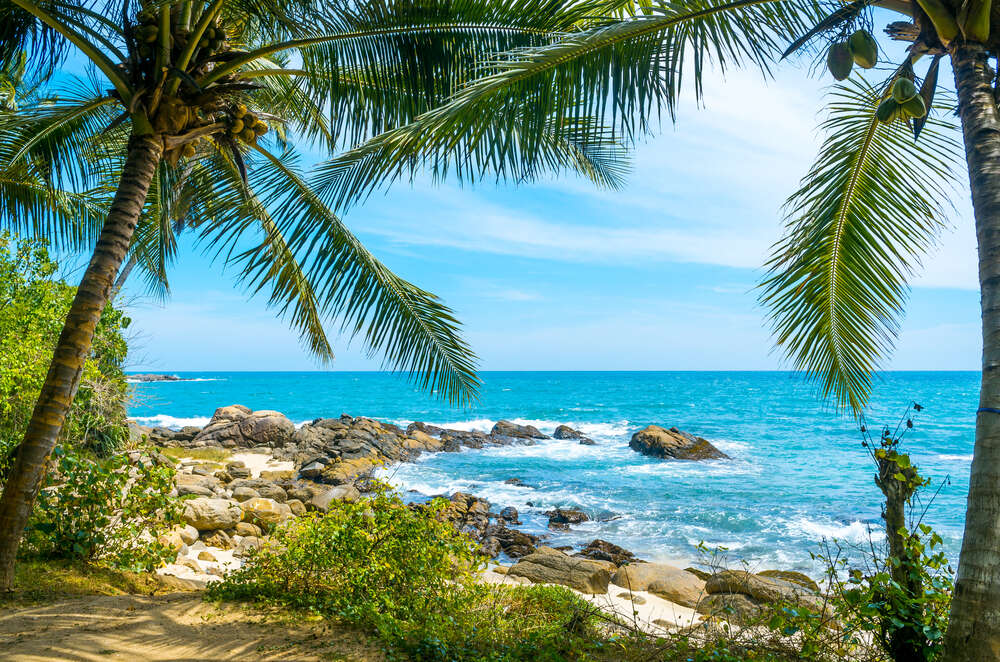 In general, the weather in Sri Lanka resembles the character of a woman. You never know what to expect next minute. You ride a moped on a sunny road, and here you are being watered by heavy rain. You hide under a coconut, and after five minutes it’s dry outside.

You can rent a car in Sri Lanka, but it’s better to make sure, that you are a good driver. Reckless local drivers drive by rules, that are known only to them. Left-hand traffic and aggressive driving - this is how you can characterize the situation on the slopes of Sri Lanka. I told more about road traffic in the previous part of “Full Immersion”. 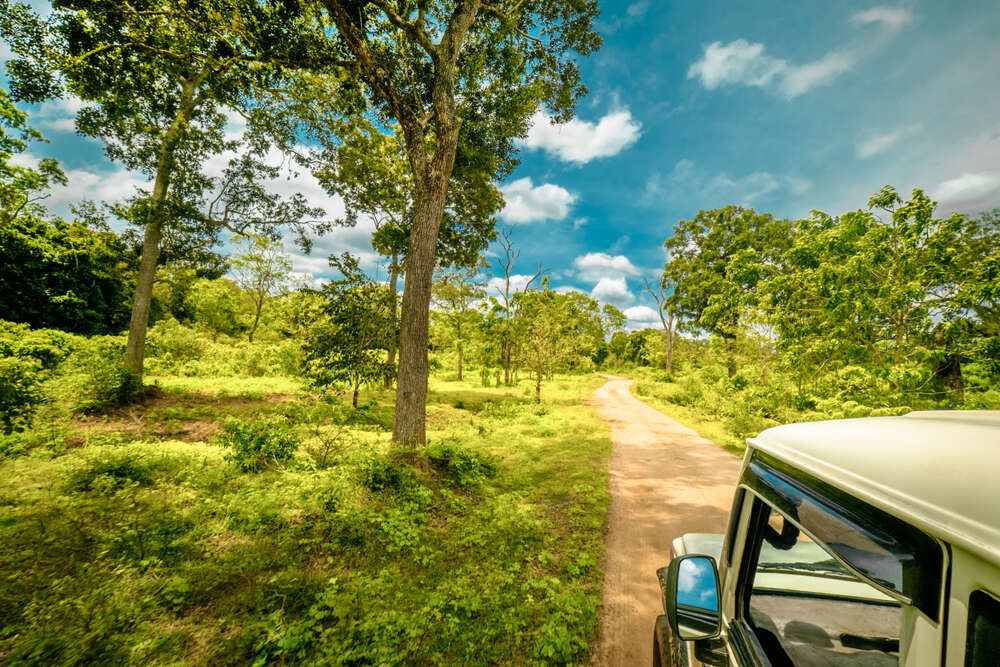 My friends and I rented a car and drove to the popular Nanu-Oya railway station. They made a circular journey by train, having traveled the most beautiful peaks and tunnels. And I would like to give a small piece of advice here: it’s worthwhile to buy train tickets in advance, as there may be no tickets at the right time.

In Sri Lanka, you can meet railway carriages of two classes: the first and the second. It is comfortable to be in the first class carriage - you can sit in your own chair, and in the second class carriage, there are general benches. The difference in the price of a ticket is small, and I categorically do not advise any tourist to get into the second-class carriage. The price for a first class ticket is $ 30.

On a rented car, we traveled to tea plantations, which are located in the center of the island. Each plantation on the slope welcomes you with an inscription on the mountain “Hollywood” (like in California) - in this way, tea factories advertise themselves. 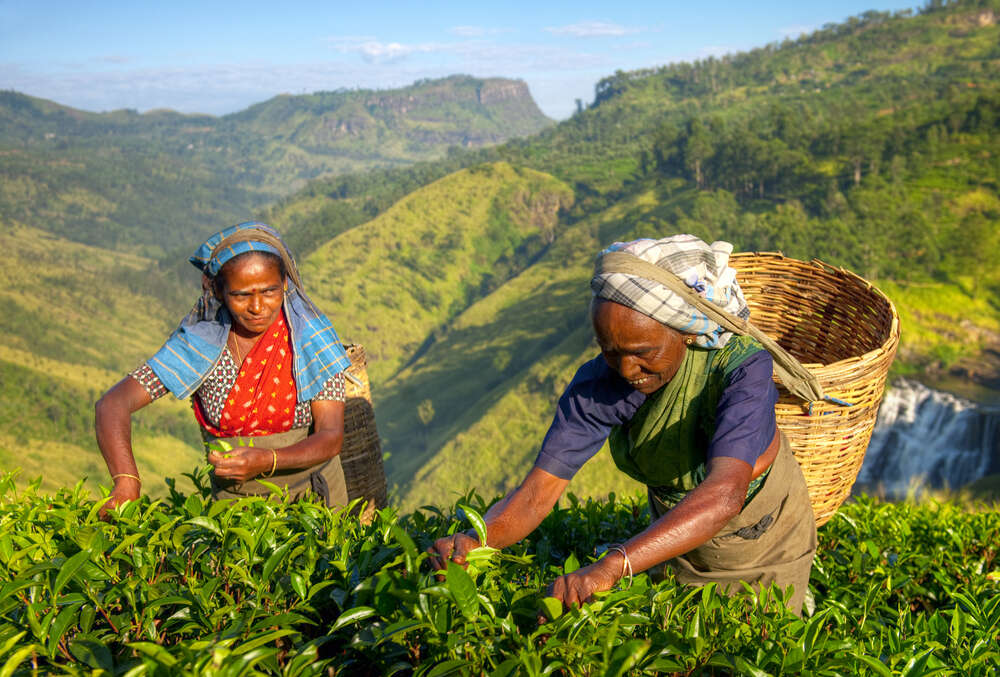 Harvesting involves mainly women. People live nearby in tiny houses under roofs, hung with dried things. That is why the roofs seem colorful from a distance. 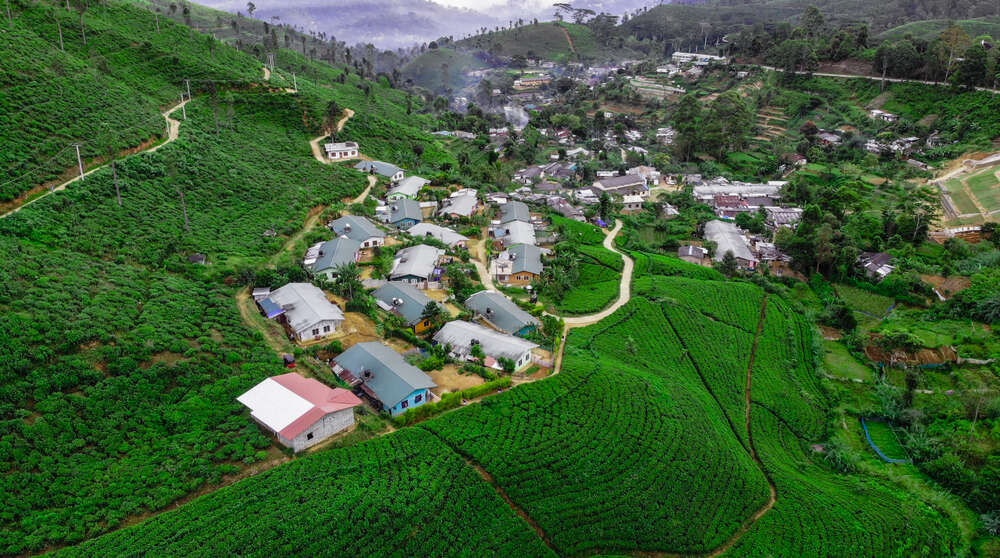 By the way, in Sri Lanka, children are involved to a rather dangerous occupation. 7-9-year-old traders obsessively offer tourists roses, and these children run out onto the road and literally throw themselves under the wheels. You drive at speed along the serpentine, and they manage to run across the path to be in front of you with a bouquet in front of your hood, again and again. It's very terrifying.

Once, walking through the meadows, we came across a flock of Langur monkeys. The fact, that these are powerful and seemingly ferocious animals, should not even be talked about. It is their nature, that makes them be on the lookout all the time. Even big animal lovers don't dare to approach them very closely, and they certainly don't extend their hands to the animals. 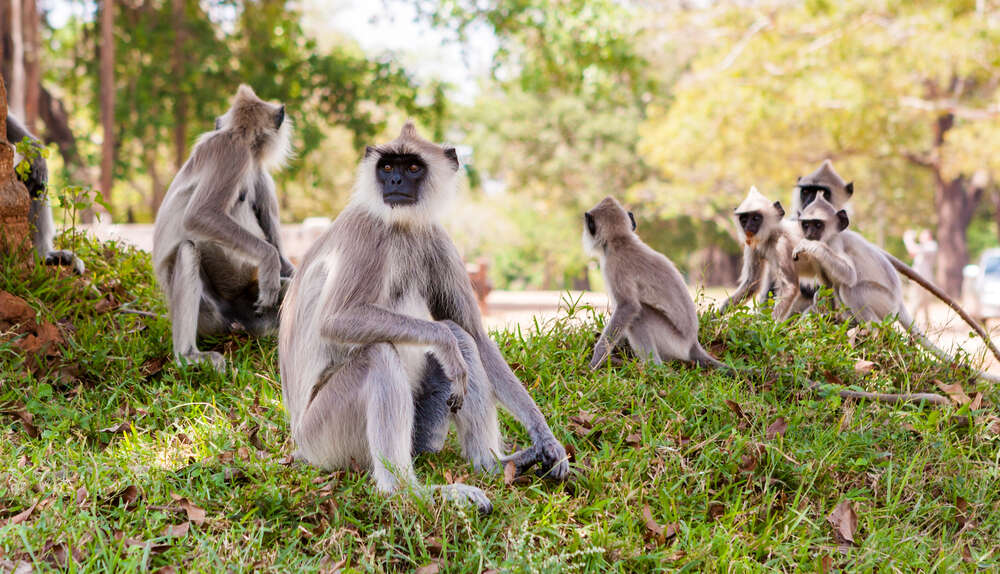 The flock noticed an opened pack of cookies in our hands and started attacking us. The Langurs surrounded us, they were aggressive, with hungry eyes, they hissed and grinned. We realized, what monkeys wanted from us, that is why we threw the cookies away, and only then we could keep going. When we looked back, it turned out that there were still three dozen langurs sitting on the nearest tree.

There are many stray dogs on the island. These are thin, diseased animals that often die from dehydration in the heat near the shoulders. And strangely enough, the main orderlies of the island are lizards. They grow up to 2 meters. These are such huge lizards that inhabit the gutters along the roads. At first glance, they may seem lazy, but when a person approaches, they quickly hide in the jungle. 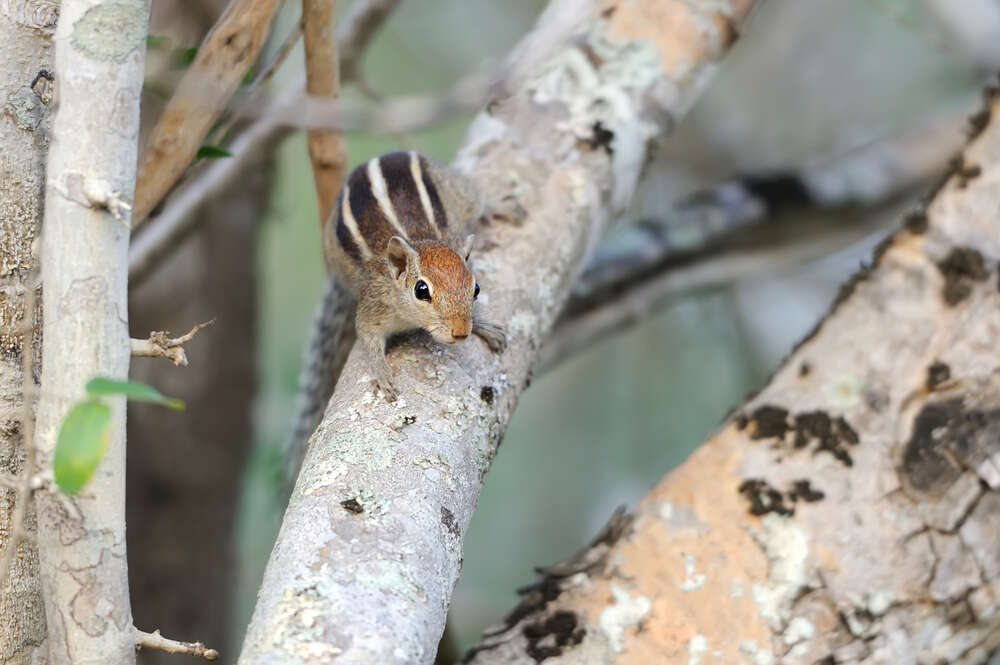 Another curious endemic of the island is the chipmunk. These cute animals live near people, climb on electrical wires and knock on the doors in search of food.

At night, the predatory Sri Lanka wakes up, and mosquitoes are the first to go hunting. I don't want to frighten anyone, but there is always the danger of being infected with malaria, which is transmitted in Sri Lanka by mosquitoes of Anopheles species. They are easily recognizable by the body, painted like a police wand. In order not to get infected, when going out in Sri Lanka in the dark, use means of protection against mosquitoes and sleep under a mosquito netting at night. 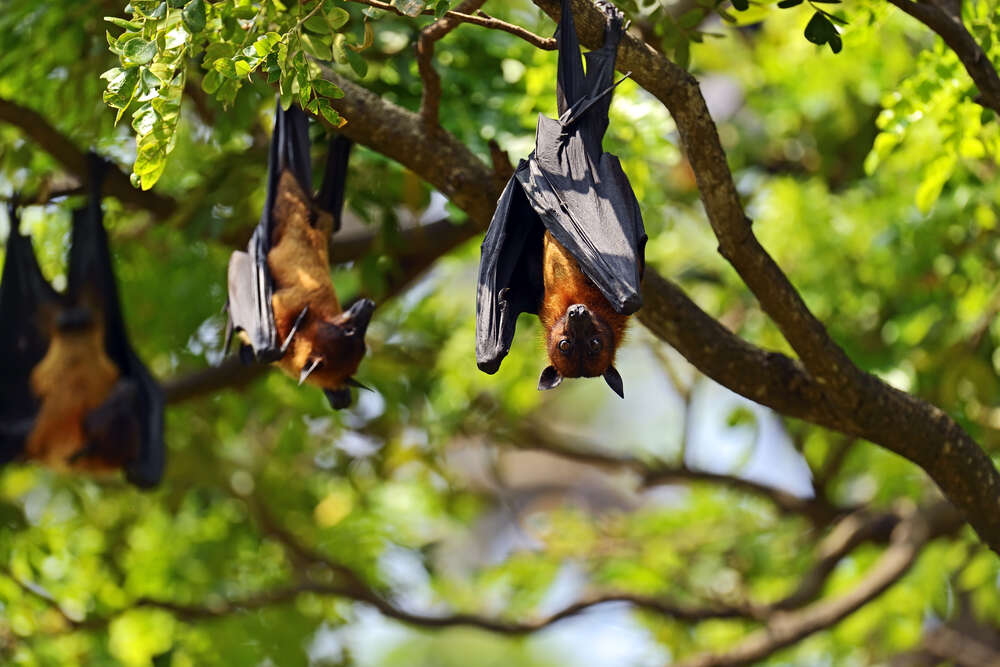 After mosquitoes, flying foxes appear in the sky. These animals are not dangerous, they feed on the juice and pulp of fruits and flowers. But sometimes during the flight, they can crash into a person, because they don't have echolocation, like ordinary bats.

In the evening, miniature geckos crawl toward the light in the houses. They hunt flies and shout at each other in a funny way, when they compete for a light bulb. 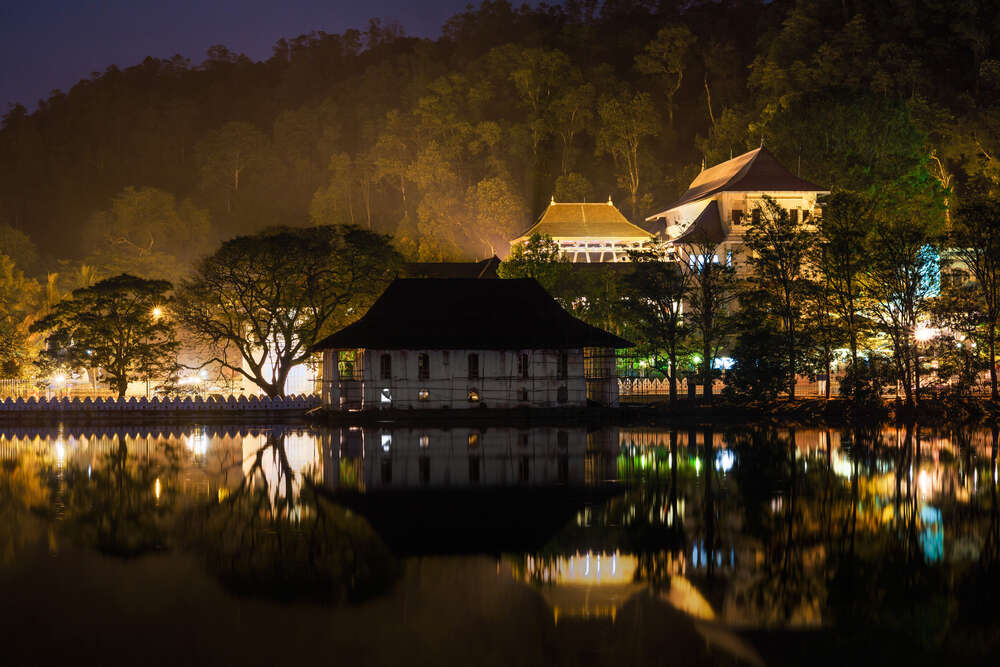 From the jungle, wild sounds and screams can be heard at night. These are the sounds of battles and the groans of death. It is not fun to listen to, and you are well aware, that if you go out into the forest now, you will become part of the food chain.

In the lagoon near Chaaya Tranz Hotel in Hikkaduwa, there is a beach where turtles constantly live and lay eggs. They are huge and practically tame, they even come right up to the shoreline for dinner. It is interesting to watch the turtles opening their imposing mouth with a number of teeth and clamping their jaws with an appetite. 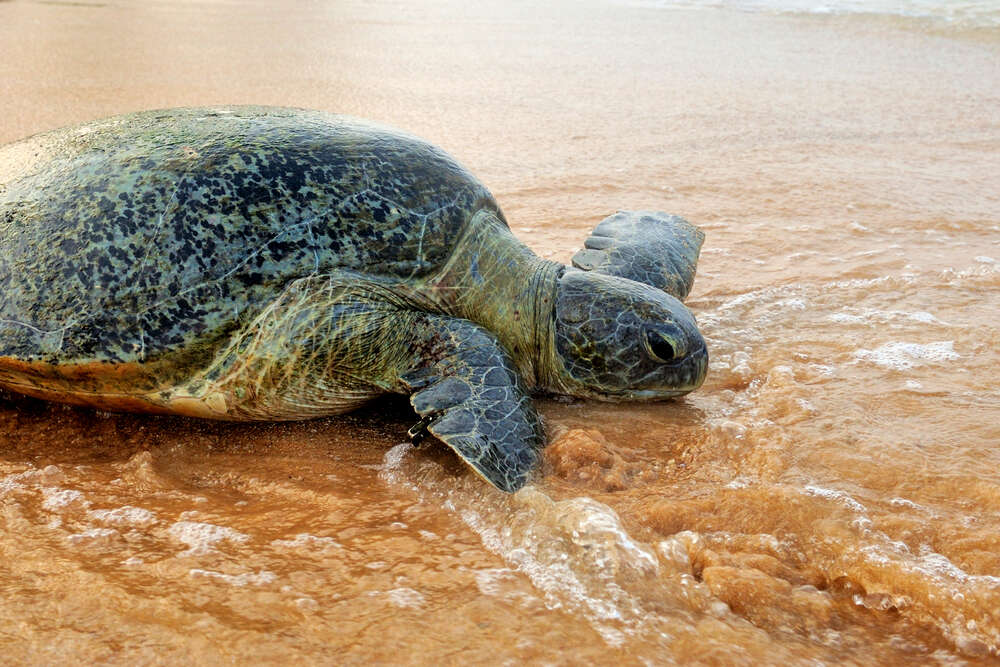 You can feed the algae to turtles on your own or use the help of the locals. For a few dollars, they will give you algae and tell you how to handle animals, how to feed them so they won't bite your fingers. 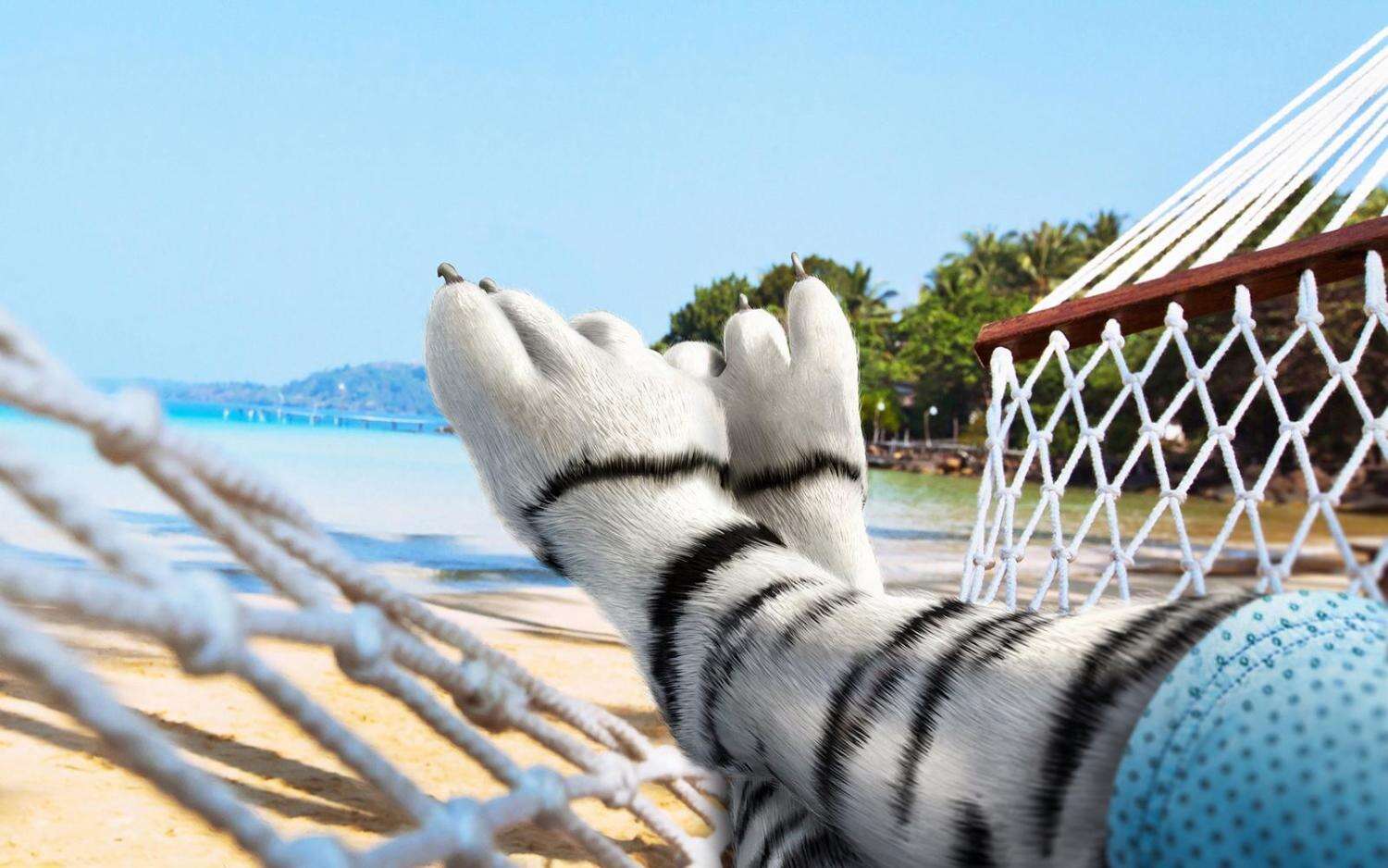 Looking back, I can honestly say that a trip to Sri Lanka for residents of megalopolises, the stone jungle, is an unforgettable fresh breath of air, an adventure of a lifetime. Sri Lanka leaves a strange tart aftertaste. The island is incredibly beautiful, you can find a lot of wild places here. And the most valuable thing that I brought home with me is the feeling that this mysteriously attractive land still preserved its originality. So, it is worth coming here for an adventure.