Culture shock from the people of Portugal

Going to Portugal, you expect to see cheerful lovers of torada, spectacular football, fans of beach holidays and delicious national cuisine. But what are the Portuguese really like: friendly? sensitive? are they ready to help a stranger if necessary?

Travellizy Team invites you to get to know the people of the country a little more closely and learn about their true qualities. Let's get started!

Where the Portuguese came from

The state of Portugal was founded in 1143, before that the Lusitanians had lived on the Iberian Peninsula, who were conquered by the Roman Empire, and then there were frequent attacks by Arabs and Germanic tribes. Initially, only the inhabitants of the village of Portus Cale (“warm port”) were called “Portuguese”, then the sound became “Portucale”, and the name “Portugal” was fixed in the Middle Ages. 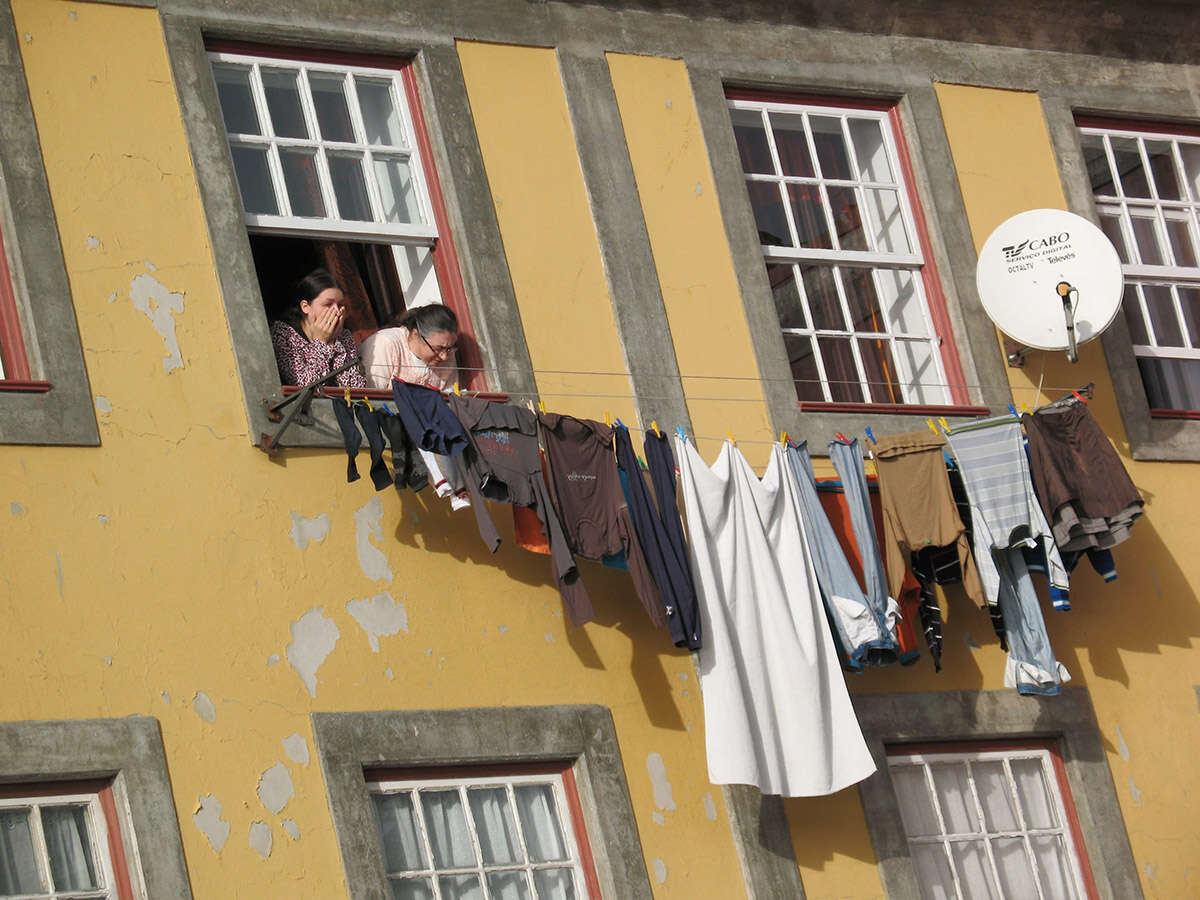 The rule of the Moors left its imprint on the appearance of the local population - Negroid and Arabian features: lips, nose shape, skin color. Some regions of the north of the country were not conquered, so the people of those regions were more likely to have blue eyes and lighter skin. Today, the country is ruled by about 15 families who occupy leadership positions and have married among themselves for centuries.

For the most part, the population of the country looks bright and attractive with big eyes and cute appearances. Women usually have long black hair, curvaceous forms, and men are short, up to 1.80 m, but with stocky figures and most often congenital charisma.

The weirdness of the people

We are all a little weird, but how weird are the Portuguese? The population of the country does not suffer from punctuality, and most often they will be late for a meeting, at least 10 minutes. They continue to smoke indoors, for example, after lunch in a restaurant, although most tourists have already forgotten that this is possible. 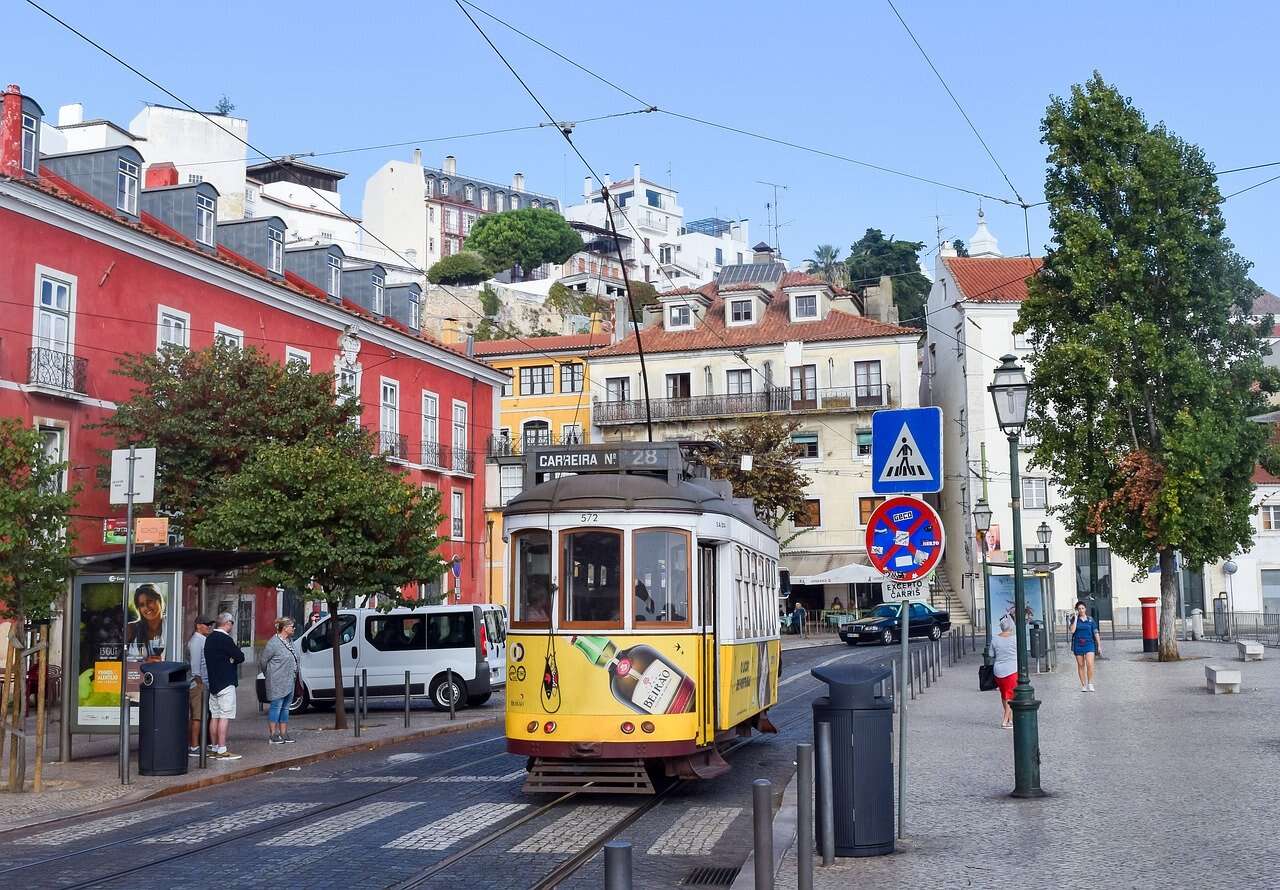 Despite the fact that they do not eat while walking and consider it poor etiquette to eat on the go, the Portuguese perceive the meal as a time of relaxation and enjoyment. They enjoy drinking alcoholic beverages on the streets, often in small companies until the early morning, and then they can simply leave the bottle on the asphalt or break it. 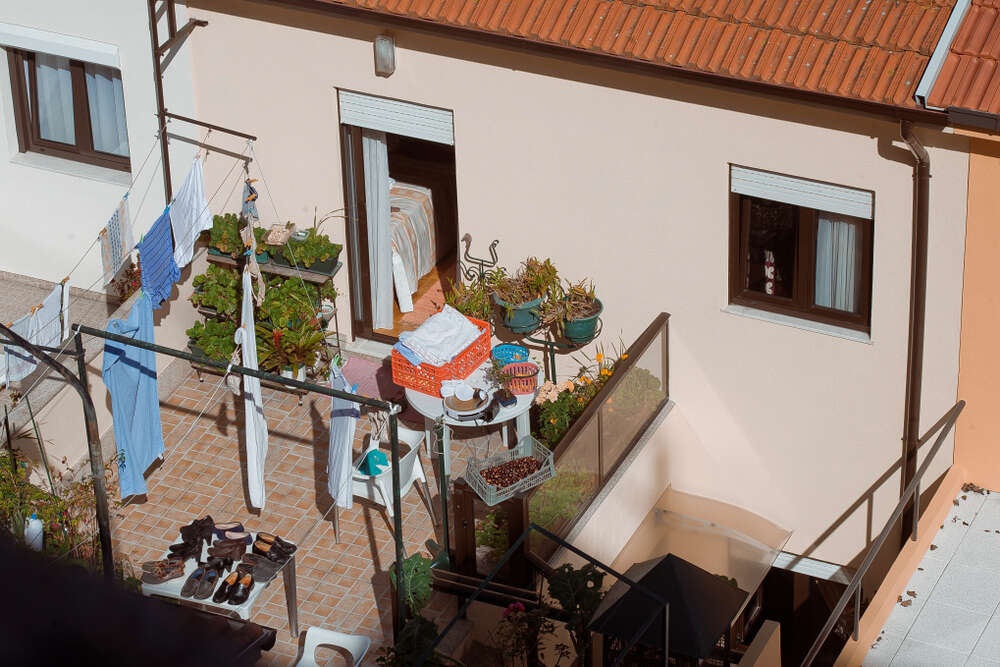 The inhabitants of the country love dogs and do not deny themselves the pleasure of having a pet, even if they live in a small apartment, but the main thing is that the dog is large, for example, a German shepherd.

After a bit of culture shock, let's look at the Portuguese with different eyes.

Top qualities of the inhabitants of Portugal

Independent travelers, especially those who go on a trip alone, can often feel a little uncomfortable in a new country, when they are tuned in to positive emotions, but are not completely sure that everything will turn out exactly as they would like it to be. We hasten to assure you, that the Portuguese will welcome you! 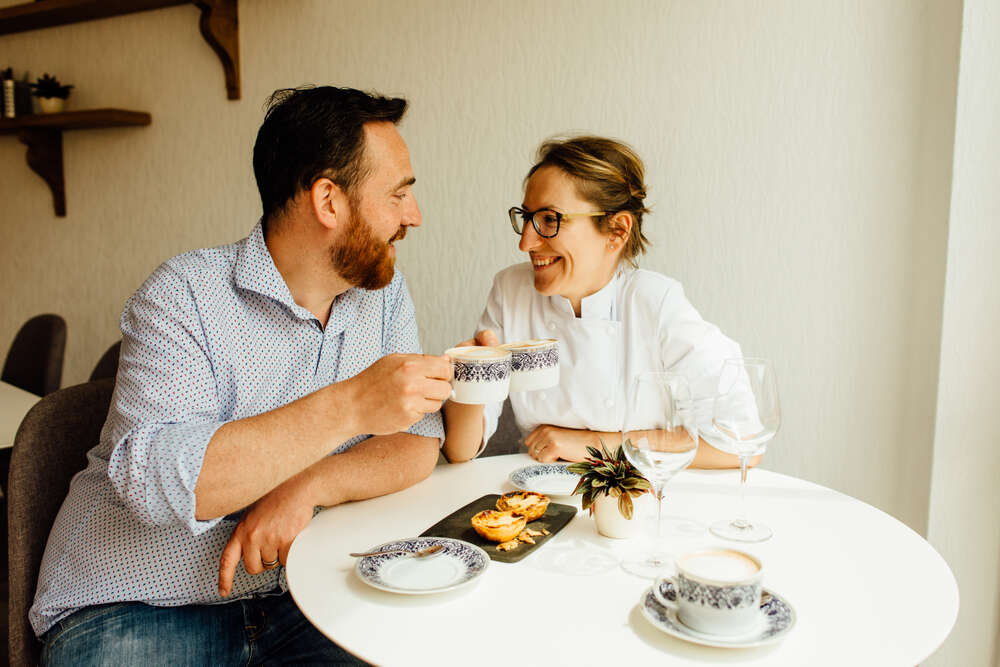 The inhabitants of the country are among the most hospitable people in the world. They will always do their best to make guests feel at home. An invitation to lunch or dinner most often means a lot of family and friends, a carefully thought-out menu from light snacks to main courses and desserts. And many hours are spent on cooking to please and cheer the invited guests.

Most Portuguese people are hardworking, brave, free and curious people who always look for new ways to make  money and are not afraid to step out of their comfort zone. 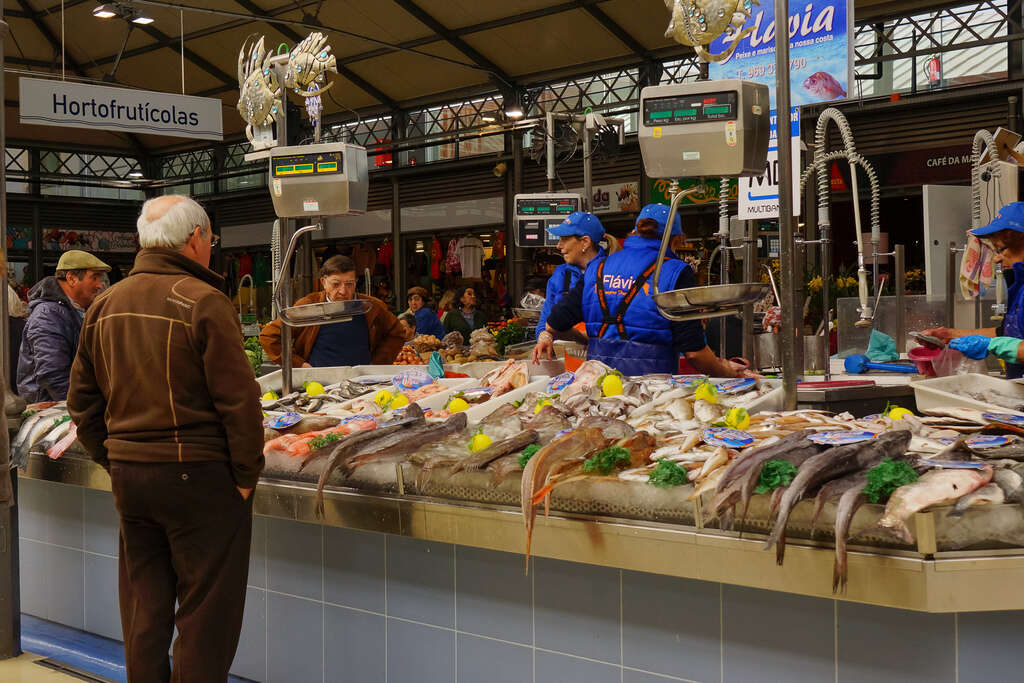 The population thinks about football as much as about politics and global problems of the country, which is why daily reports about the king of sports are an important part of the news feed. The Portuguese Football League Cup, the annual matches between the Portuguese football clubs Sporting, Benfica and Porto, causes a storm of emotions and controversy. Almost the entire population is divided into fans of these three teams, and everyone roots for their favorite. 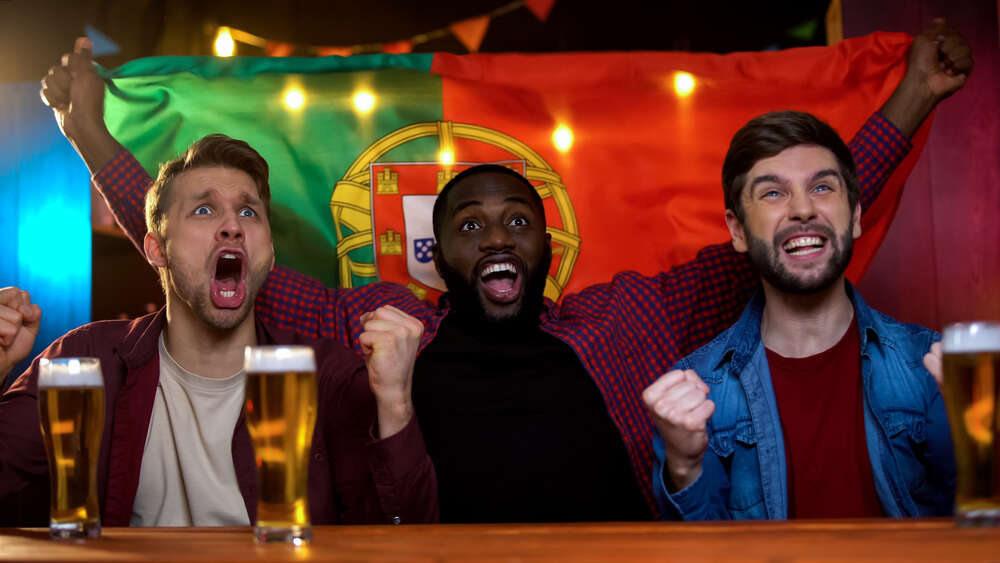 But if the national team participates in international competitions, then the whole country unanimously supports it. Interestingly, after winning the Eurocup in 2016, there was a feast all over the country and thousands of fans headed to the airport to greet the winners.

Portuguese is spoken in 10 countries of the world: in Portugal itself, Mozambique, Brazil, Cape Verde Angola, Sao Tome and Principe, Equatorial Guinea Guinea-Bissau, East Timor and Macau. Therefore, in Europe, it is rare to find native speakers of the country.

And since tourism is one of the important sources of income here, almost the entire population, except for the native language, speaks English. When meeting a stranger, they try to learn a few words in their language in order to become closer and more accessible.

More than anything, the Portuguese value family and friends. As a rule, they prefer to spend Sunday with their relatives, for whom they prepare Sunday lunch and spend the rest of the day in communication with each other. And during the week, if possible, they try to have lunch together. Friday or Saturday nights are dedicated to meeting friends. 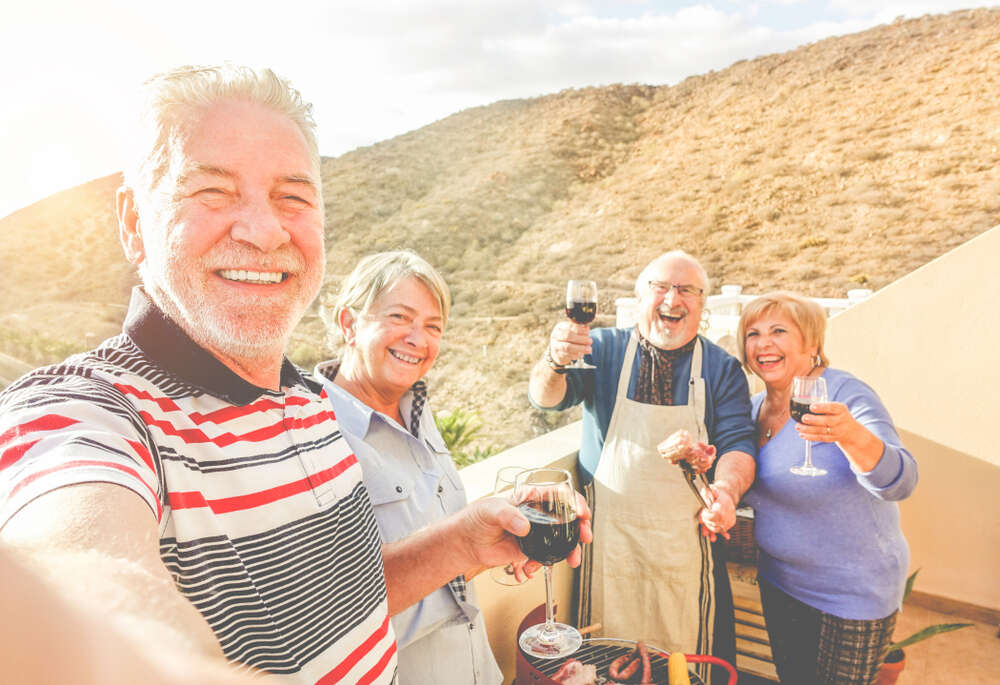 Portuguese are open-minded, sociable and talkative. They can talk for hours. Their talks are endearing, even for a taciturn and shy person. If a tourist needs help, then finding a person who would suggest a direction, explain and help is not a problem.

And they love to listen, what is better. So, if you talk to a local, then be prepared to talk about your country, culture and way of life. They ask questions the same way they answer them.

It has been noticed that the Portuguese have a vital need not only for football, but also for coffee breaks. They always drink coffee: before work, after lunch, after work, after dinner. For locals, this is an opportunity not only to relax a little, but mainly to chat. For coffee in a tourist area, you will need to pay € 1.3, in a non-tourist area - from € 0.65.

As we have already said, the population spends Sunday with the family, usually the visit lasts until 22:00-23:00, and only after that they go to the bars in order to drink a few cocktails. So remember, if you don't want to sit in an empty establishment at the weekend, waiting for the fun to begin, then come back later. 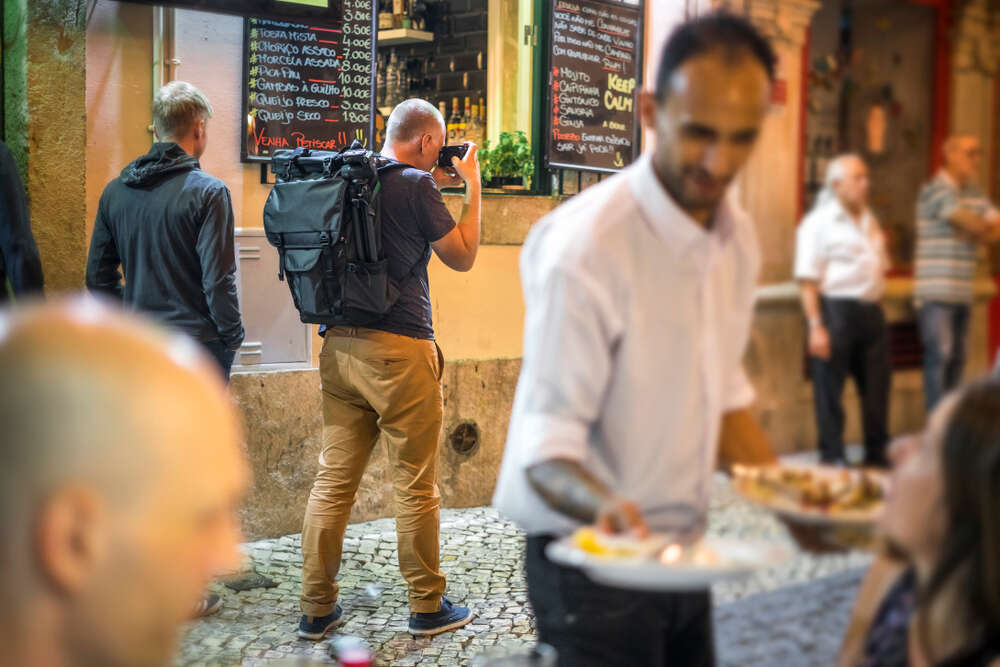 Families keep traditional recipes for several generations, or even centuries, carefully passing them on from generation to generation, and respecting their history and culture. 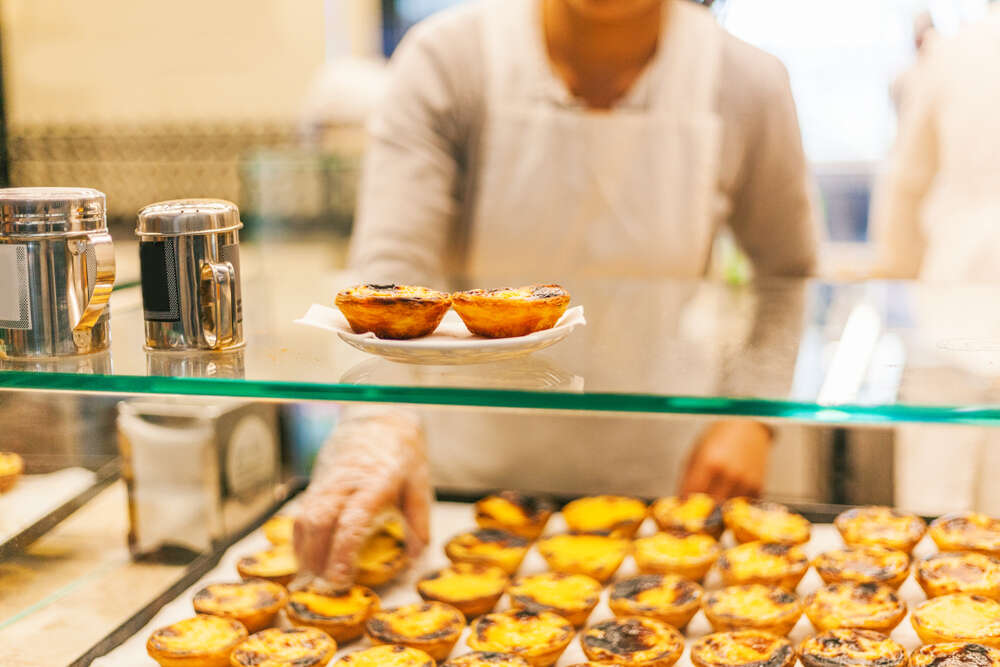 They offer here delicious cheeses and fresh fish in the coastal areas and more meat dishes in areas further inland. Despite the fact that the country is small, there are many hidden gems for every tourist to discover.

In everyday life, the Portuguese are cheerful and funny, they manage to outplay boring daily worries and make others laugh until the stomach cramps. But such people are more common in the north of the country; in Lisbon, everything is usually taken too literally. 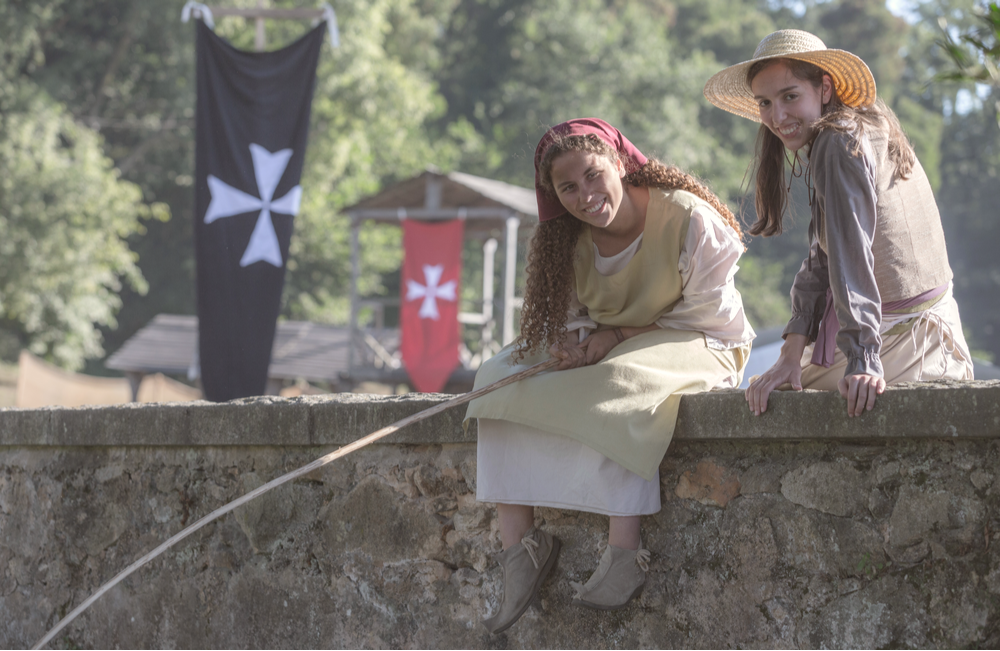 Why go to Portugal: for new experiences? for a fun holiday? Travellizy Team invites you to go find new friends. By the way, we are ready to offer wonderful options for the flight. Are you with us?