Travel Around Mauritania: Things To See In Morocco

Have you dreamed of Africa for a long time, but are not ready yet for a journey to Kenya, Tanzania or Ethiopia? Do you think that a package vacation in Egypt will also not give the desired emotions and will not introduce you to the African color? Then Morocco might be the perfect choice for you. On the one hand, it is a very peculiar, beautiful and interesting country. On the other hand, it is close to Europe, with a developed tourist infrastructure and excellent opportunities for independent exploration.

Fez: The Heart Of Morocco

If you have only a couple of days in Morocco and need to choose one city, stop your choice on Fez. The former capital of the country amazes tourists with a huge number of attractions and an abundance of color.

Fez is primarily a city of craftsmen. In the tanners' quarter, you can see how leather is processed and dyed right outside or in special clay basins. When going to look at the baths for soaking leather, take a handkerchief or scarf with you, the smell is literally mindblowing. But the unique sight is definitely worth it. The pottery district of the city is less aromatic, but no less interesting. 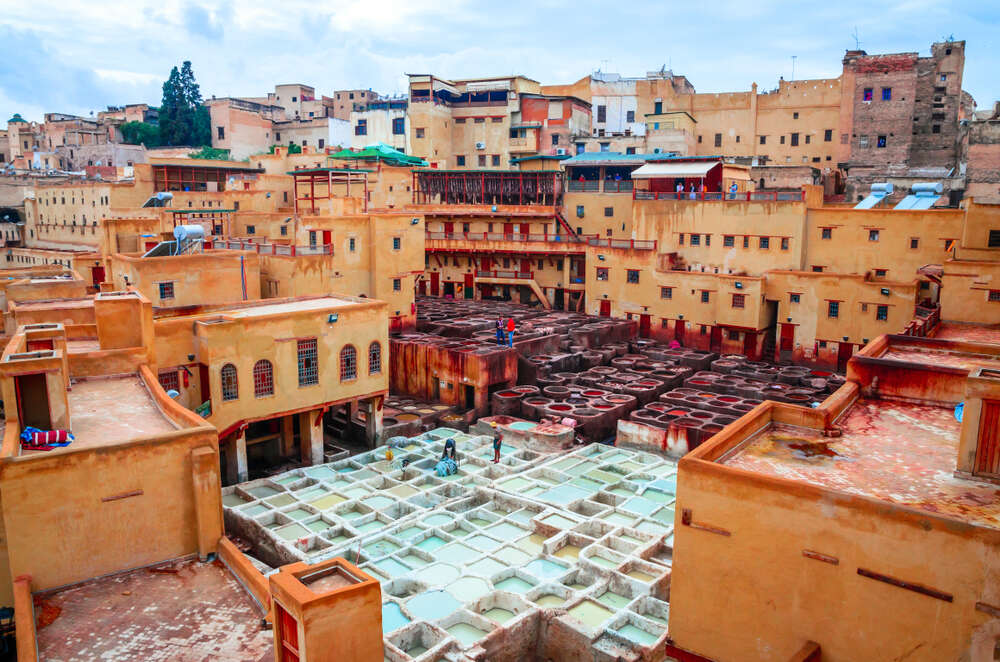 Here, in Fez, you can find Al-Karaouine, the world's oldest university, which is more than a thousand years old, the tomb of Sultan Idris, who founded the city, and two old medina quarters. You can safely allocate the whole day to inspect Fes el-Jdid and Fes el Bali, it is easy to get lost in thousands of streets and alleys, trying to find at least two identical doors. By the way, you can relax from wandering around the Old Town in one of the many hammams.

And what is a Moroccan city without a bazaar? In Fez, the most interesting market is the jewelery market located at the Semmaria Gate.

One of the largest cities in Morocco will spin you around in a whirlpool of bright colors and loud sounds from the very first acquaintance. This whirlpool is especially felt in the Jemaa el-Fnaa Square, where you can see not only merchants usual for these places, but also a circus with a zoo.

You can hide from the street noise of Marrakesh in the Bahia Palace, built for one of the wives of the Moroccan vizier. It took as much as 25 years to build this miracle of architecture, and the Arabian and Andalusian styles are intertwined in its design. Once a year, the palace hosts the Moroccan National Festival. Another architectural highlight of the city is the Kutubiyya Mosque, whose almost 80-meter high minaret can be seen from afar and is very picturesquely illuminated at night. 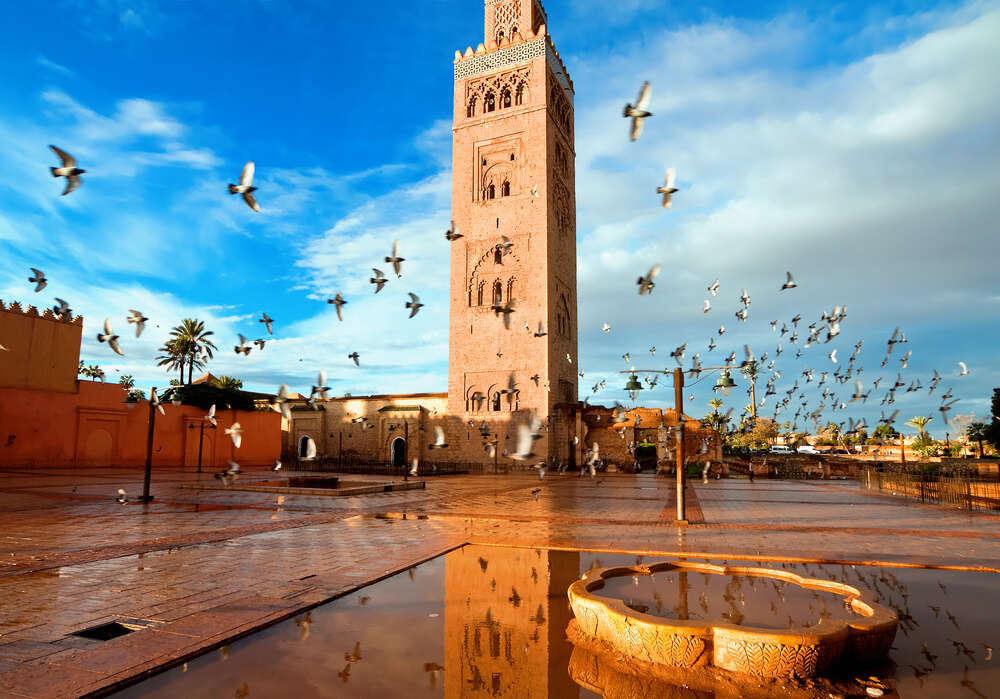 Marrakesh is famous not only for its architecture and historical sights, but also for its shady green gardens. If you have free time, then it is worth taking a walk between the olives of the Menara Gardens, laid out at the foot of the Atlas Mountains in the 13th century. The Majorelle Garden is not so old, but very bright, with a luxurious Moorish-style villa at its heart.

And of course, don't forget the Marrakesh markets. The best spices are sold in the Jewish quarter, national Berber clothing is bought at Souk Semmarine, and Moroccan carpets are bought at Rahba Kedima Square.

Meknes: The City Of A Hundred Minarets

During the Roman Empire, many outpost cities were built in Morocco. One of them is Meknes. It differs from others in a large number of mosques, as Prison of Christian Slaves recalls the dark times of the slave trade, and the Bab Mansour Gate is considered to be the largest in North Africa. 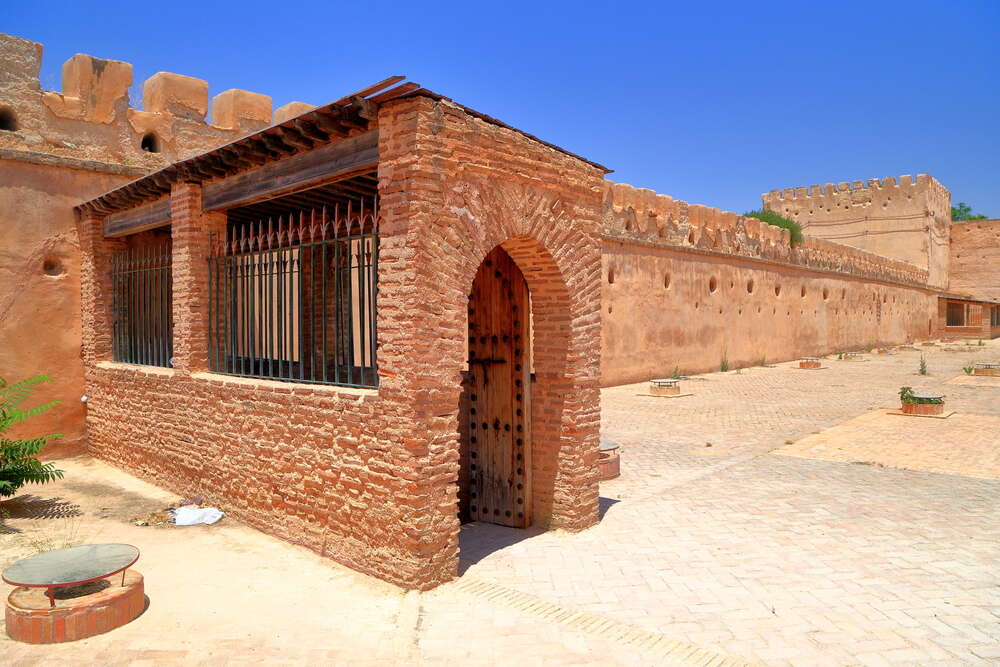 The heart and soul of Meknes, like most Moorish cities, is located in the central square called El Hedim. You can still find here people who seem to have come out of Arabian tales - snake charmers, fire eaters, jugglers and street fortune tellers.

Wineries around Meknes produce some of the finest African wines.

The seaside resorts of Morocco are no less popular than the ancient cities. And the most famous of them is Essaouira. The waves of the Atlantic Ocean attract crowds of European surfers, and in any cafe, you can enjoy freshly caught sardines. Fans of lazy beach recreation will also like it, as the beach in the city stretches for 6 kilometers.

In the middle of the day, when the beaches are too hot, walk the streets where "Othello" was filmed. Essaouira has a couple of interesting museums, picturesque white-stone houses, and the city is surrounded by well-preserved fortress walls.

In Morocco, good beaches are located in the cities of Agadir, Mazagan, Taghazout and on the Mediterranean coast between the villages of Tangier and Al Hoceima.

The city of Chefchaouen, or Chaouen, which is located at the foot of the Rif Mountains, can be safely called the best Instagram location in Morocco. The secret why it is so popular with photographers, bloggers and just travelers from all over the world is in the fabulous sky-blue color of the houses. 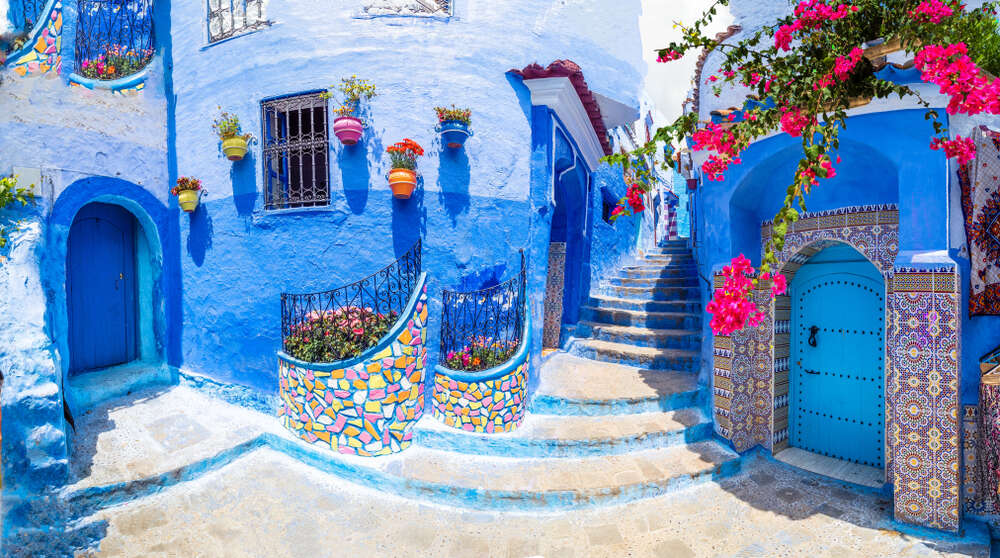 At one time, Chefchaouen was inhabited mainly by Jewish refugees from Spain. They also painted the houses in the color of the sacred prayer blanket-tales, which was supposed to remind of the divine beginning. Most Moroccan Jews have now moved to Israel, but houses are still painted in all shades of blue, light blue and azure. Make sure you take blue clothes to Chefchaouen, then the photos from there will come out super-spectacular.

The word "Casablanca" gets you thinking about an old Hollywood movie starring Humphrey Bogart and Ingrid Bergman. But even if you haven't watched this movie, you will not be bored in Casablanca.

On a small peninsula on the outskirts of Casablanca, you will find the world's tallest mosque, named after Hassan II. Its minaret rises 200 meters, and in terms of the richness of the external and internal decoration, the mosque surpasses other palaces. Like most mosques, everyone is allowed to enter here, regardless of their religion, so don't miss the chance to get inside.

The Mahkama du Pacha has been called the most beautiful palace in Morocco, and you can check it in person by walking through its 64 rooms. And on Tahar El Alaoui Boulevard, an artful lamp like from the fairy tale about Aladdin can be made right in front of you. By the way, Casablanca is also considered to be the Moroccan capital of shopping. There are no fewer fashion boutiques than mosques, the most luxurious of them are concentrated in the Maarif and Gaultier neighborhoods.

Other Things To Do In Morocco

In addition to cities, Morocco has many other places worth seeing. For example, fans of ancient ruins and archeology should look at the remains of Volubilis. It used to be a large Roman city, the main outpost of the great empire in Mauritania. Today, its ruins still impress travelers and perfectly reflect the former greatness of Volubilis. 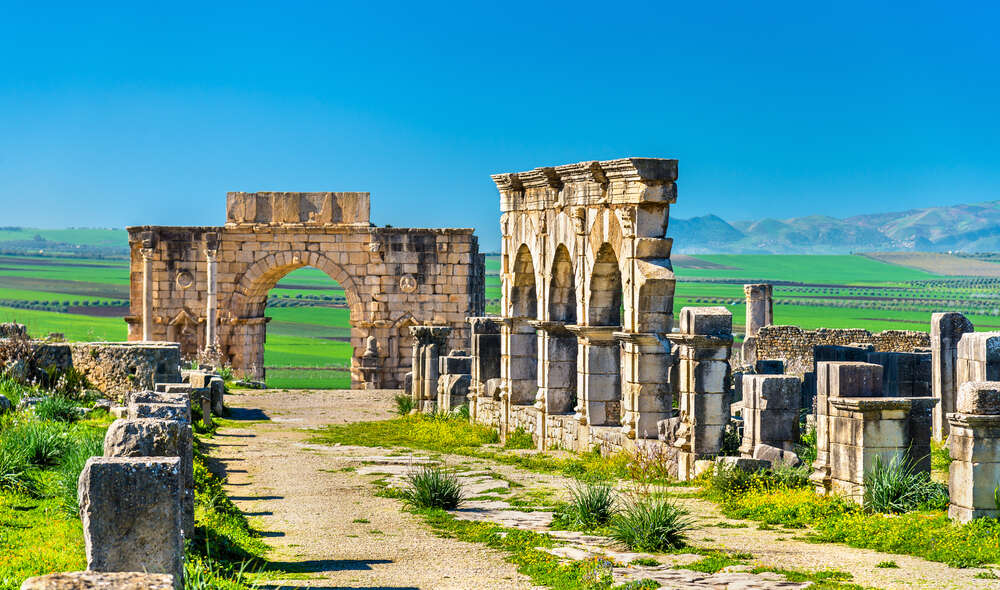 You can take a walk or camel ride among the huge sand dunes in the Erg Chebbi Desert. Here, you will be introduced to the Berbers, the culture and national cuisine of the inhabitants of the desert. Desert safaris also start from the cities of Dakhla and Rissani. Near the city of Tangier, there are grottoes, which, according to legend, were pierced by Hercules himself. Now, local residents sell shell souvenirs inside. Climbing and hiking enthusiasts will appreciate the Todra Gorge with its sheer cliffs.

On one of the ancient caravan routes, there is the fortress city of Aït Benhaddou, included in the UNESCO list. All of its buildings are built of dark brown clay, and among them, you understand why filmmakers loved this place so much. 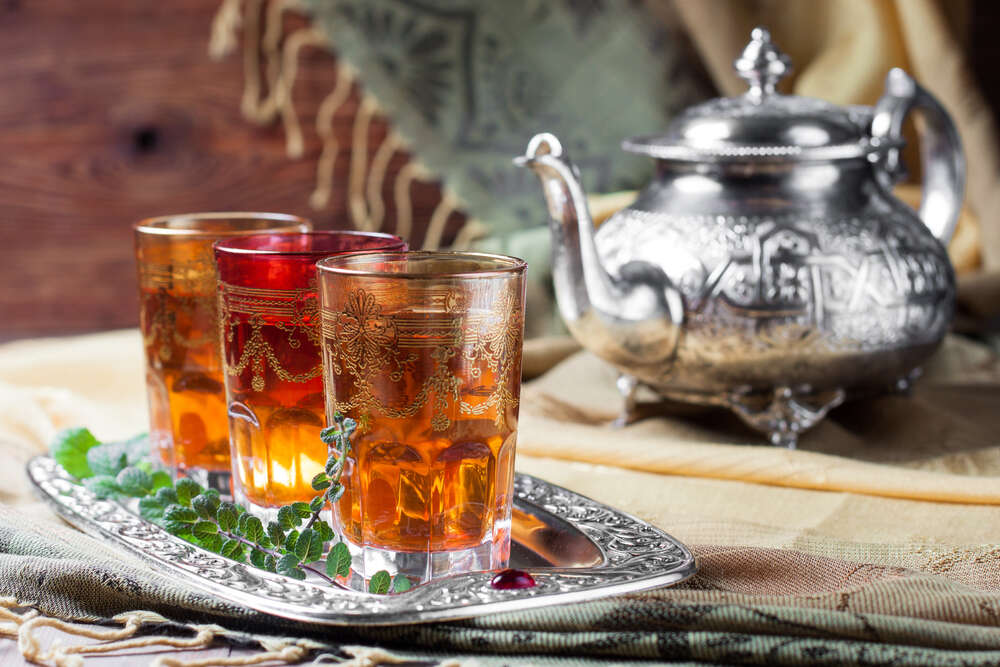 Do you think Morocco is just sand and palm trees? Horseback riding or walking in the Talassemtane National Park will instantly dispel this stereotype. And the most fertile lands of the country are located on the banks of the Draa River, along which you can see the most beautiful road in Morocco. If these natural beauties are not enough for you, then go to the Ouzoud Falls to understand why its three cascades are considered to be the most beautiful in Africa.

And make you try the famous Moroccan mint tea, it perfectly refreshes in the African heat, and in terms of its tonic effect, it can even replace coffee.

Morocco harmoniously combines Arabic and African color, surprises foreigners with Roman ruins, lures to hammams and markets and attracts with its beaches on the Atlantic coast. This country is definitely worth spending at least one vacation. But you might want to come back here several times.