The world's most unusual national sports

Football, basketball, hockey, horse racing - these sports are played in almost all countries. They are internationally renowned, world competitions are held for them, millions of people know their champions. There are also sports that are practiced in one or more countries, such as Japanese sumo wrestling. But many people have also heard about this sport. Today, we are talking about such national sports, whose existence is known to a very small number of people, they are ignored by the world press, and the best players are known only to their fellow citizens. But this does not make them less interesting, on the contrary.

The harsh Afghan land gave rise to a very harsh sport named buzkashi. Instead of a ball, the headless goat carcass is used here carried by whooping horsemen in fur hats around the field.

The Afghans themselves claim that buzkashi has been known since the 12th century AD. They hold competitions even now. Moreover, these competitions are of the small-town character and held not at the central stadiums, but on the outskirts of mountain villages. The carcass of a goat or calf is deprived of its head and legs, thrown into a pit, and a pillar is dug in at a distance of several hundred meters from the pit. The winner is the one who gets the carcass, then he will ride around the pillar with the carcass in his hands and return it back to the pit. 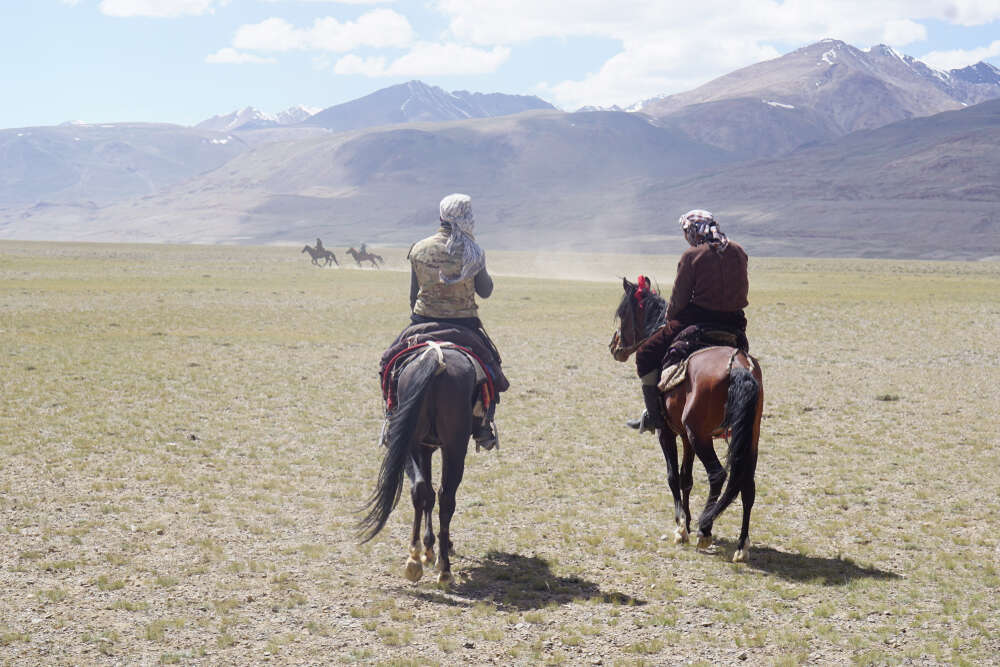 There is no clear number of players in buzkashi, it all depends on the size of the village and the number of people interested. Initially, the players are divided into two teams, but in the heat of the game, everyone often acts for himself. Previously, participants were allowed to beat their opponents with a whip and fists, trying to throw them off their horse. Now, the rules prohibit it, but the competitions are not always held according to the rules. It's needless to say, that buzkashi is a very traumatic sport. But this does not stop the dashing Afghans, and fractures are often set right during the match, after which the injured one gets back on the horse.

The competition can last all day long, or even a couple of days. The prize for the winner is money, weapons and other valuable things.

Oil wrestling competitions are national fun in Turkey. There are no such exotic rules and peculiarities as in buzkashi. It looks like the most common struggle, the participants of which douse themselves with olive oil for some reason. But this is the main highlight, because oil makes the fight much more interesting. 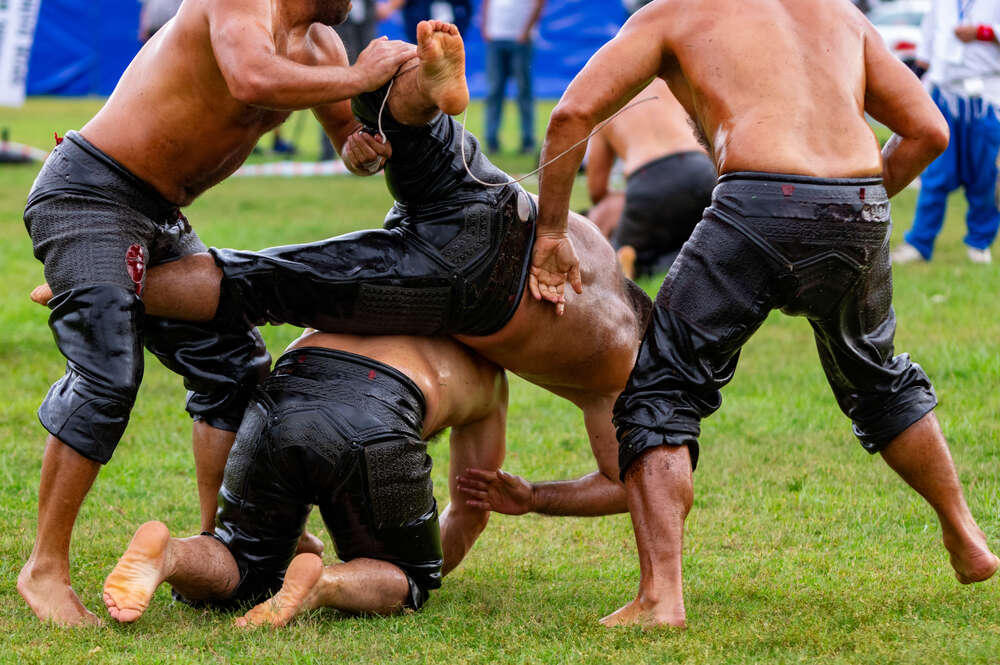 The national yagli gures competitions are held every summer in the city of Edirne. The Turks themselves say that this is the world's oldest tournament, as it has been held for 600 years. Naturally, over such a long period of time, the wrestling rules have changed: matches began to last not for two days, but for 40 minutes, the contestants began to wear cowhide shorts. The rules are simple - do not poke your fingers in the opponent's eyes, ears and nose, the one who falls on his back loses. And although the fuss of thickly oiled strongmen looks funny from the outside, the athletes themselves are always extremely serious.

A pleasant feature of yagli gures for a tourist is that even a foreigner can come watch the competition. All you need is just to see at the Kirkpinar tournament schedule on the Internet.

Kodurge tash is one of the sports included in the program of El-Oyin, the Altai Olympic Games. The games themselves are held every two years in most of the villages of Altai, and in addition to sports competitions, musical performances are held, national songs are sung, dances are danced, and alcohol flows like a river. In general, a celebration of life according to ancestral rules.

Kodurge tash is translated as lifting a stone. They say that in ancient times, even the Altai nomads loved to throw down with the tribe they met in the mountains, and used large boulders as sports equipment. Now, in order to show valiant prowess to the whole village and neighbors, one needs to have a doctor's note and be over 18 years old. Weighty stones are lifted - from 90 to 170 kg. The winner is the one who lifts up and places the heaviest stone on the stump in the minimum number of attempts.

It is interesting, that if two players show the same results, the winner is the one who weighs less.

There seems to be nothing exotic about throwing heavy objects at a distance. But the Scots do not just throw a log, but strive to do it as beautifully as possible. And the winner is not the one who throws the caber farthest, but the one who does it in style.

Imagine a strong Scottish man wearing a national kilt. So he's taking an 80-kilogram log, holding it strictly upright, running forward (the log should be level), turning 180 degrees and throwing a caber over his head. The log should fall at an imaginary 12 o'clock, if there was a dial in front of the athlete. The further it falls from the perfect position, the farther the thrower is from victory. 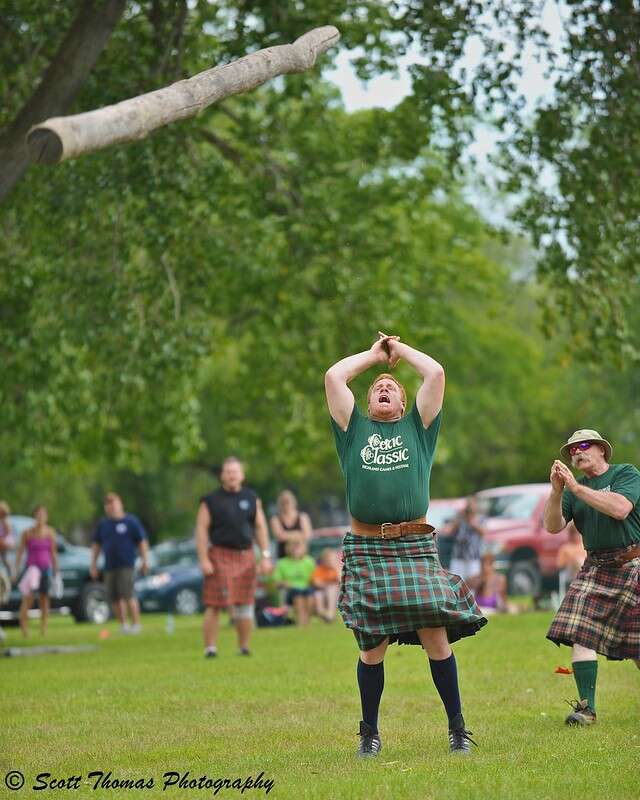 Like other national Scottish sports, caber toss is part of the Mountain Games Festival, which is held every summer. Anyone can visit it.

The Kabaddi mantra is well known to those who practice Hinduism. It is this mantra that the participants of the game of the same name, which is so popular among the peoples of Bangladesh, India and Pakistan, must repetitively sing.

The rules in kabaddi are simple. There are two teams standing on opposite sides of the field. A participant in turn leaves each team, runs to the opposing team (chanting a mantra) and tries to tag as many people as possible without stopping. Those in response try to grab him by the leg, arm or waist or push him out of the field. The tagged player is eliminated. If all players are eliminated, the team loses. 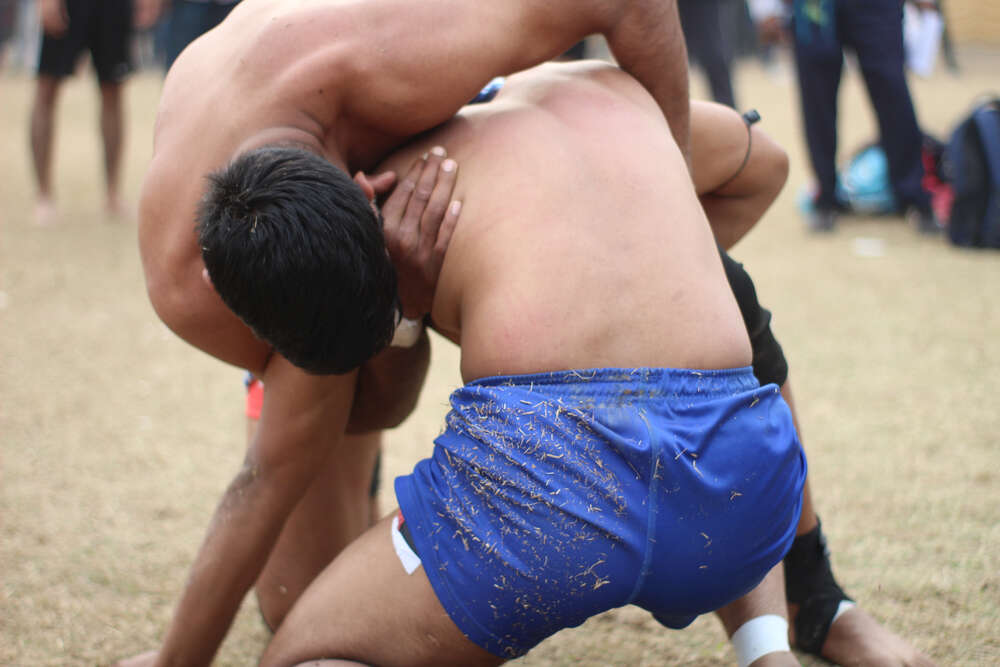 One of the main kabaddi rules is to chant the mantra in one breath, after which the raider must return to his team. The one who doesn't return in time, drops out.

Kabaddi is so popular in South Asia that even films are made about the sport. With songs and dances, as they like to do in that part of the world.

Colombians have been playing tejo for 5 centuries, and in the 21st century, the game has become a national sport. This sport is very risky, since during the game, two dangerous elements are used at once - alcohol and gunpowder.

To play tejo, a board is taken, in the center of which a powder mixture is laid. Athletes drink a glass of beer or something stronger and throw a heavy steel disk at the board. As a result, it explodes and the winner is the one with the most spectacular explosion. Sometimes flying pieces or discs cause serious injuries to the players, but Colombians are not particularly embarrassed by this fact. 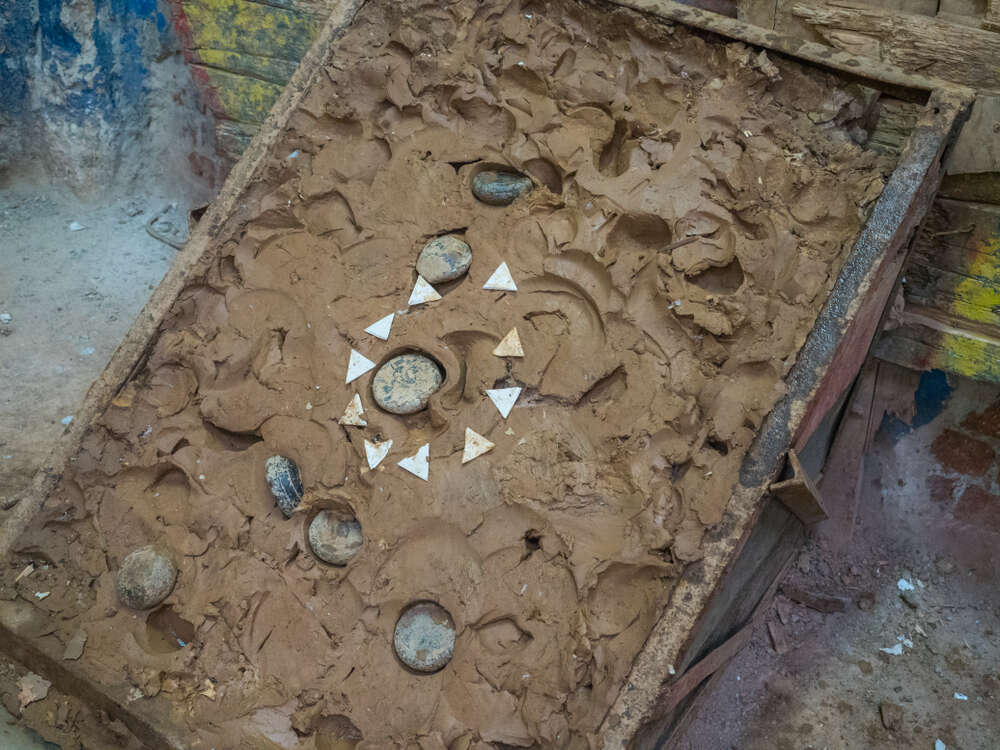 Among other things, tejo is considered to be an excellent option for a single man to show his prowess in front of ladies and, possibly, find a life partner.

How to make beach volleyball even more fun? Add trampolines to it. When playing Latin American bossaball, players can do absolutely dizzying somersaults, because they jump on an inflatable platform.

The bossaball rules are like those of volleyball and football, points are counted according to two systems at once. There are two teams, a net between them and a ball. But trampolines turn the game into a mix of fiery dance and stunts. At the bossaball competitions, cheery background music is played very often. Both players and spectators get maximum pleasure from the competition.

Here is another fantasy about volleyball. The game with the hard-to-pronounce name sepak takraw is played only with using feet, and the most talented players can boast impressive stretching.

In order to avoid injury, players use a lightweight braided ball, and each team has only three people. Games are often similar to stunt competition from Asian action films, rather than the usual ball game.

Sepak takraw is one of the oldest Thai sports. Its images can be found even on the walls of temples, and references are found in manuscripts from the 15th century. 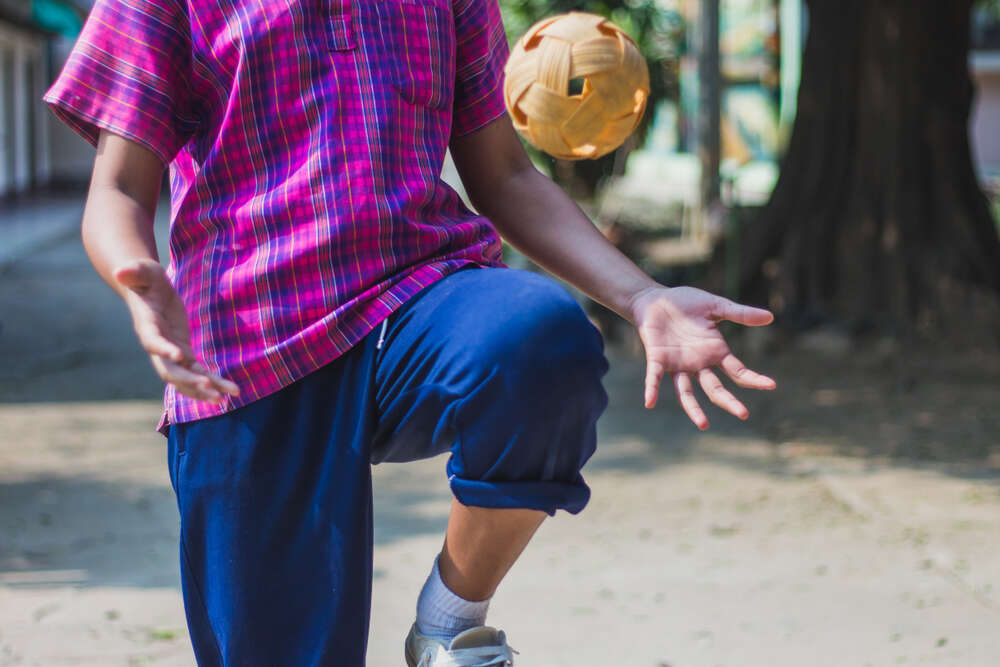 There are many more unusual sports in the world. For example, swimming with pumpkins, Bavarian finger wrestling, ferret-legging, bed races etc. Most of them can be classified as fun eccentricities, but they all prove one thing - the competitive spirit is truly indestructible.