At the very edge of the Iberian Peninsula, at the meeting point of Africa and Europe, on the border with the Spanish province of Cadiz, you can discover Gibraltar, the best place for a complete change of scenery and relaxation. Multiple red mailboxes, fish-and-chips eateries and the best-of-the-70s coastal hotels remind us that this is the UK.

Travellizy Team invites you to get acquainted with the rich history, nature and cute tailless monkeys, local favorites of Gibraltar.

How to get to Gibraltar

From the Mediterranean Sea, at the entrance to the Strait of Gibraltar, there are the Pillars of Hercules. According to legend, Hercules erected mountains during his tenth labor. The pillar from the African side is called Jebel Musa now. The second pillar, from the Spanish side, is known as the Rock of Gibraltar. According to legend, the pillars were carved with the words "No More Beyond", as it was believed that this is the end of the earth. To prove the aforementioned, look for a monument on the southern part of the Rock. 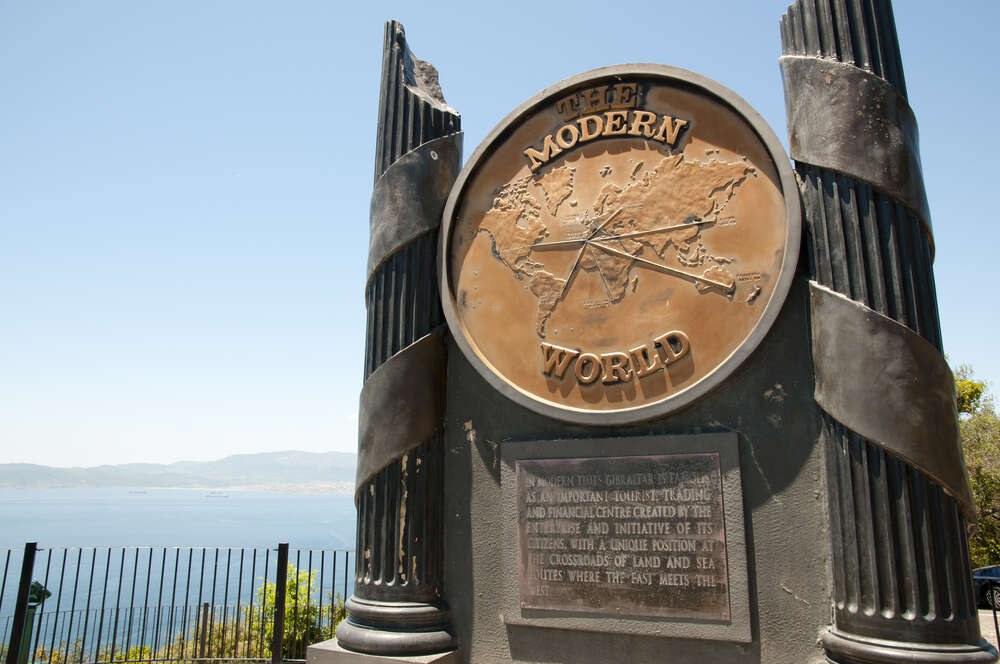 The territory of Gibraltar, only 6.5 km2, is a high five-kilometer limestone ridge, up to 426 m high, with sheer cliffs on the east and north sides. Spanish and English are spoken here. 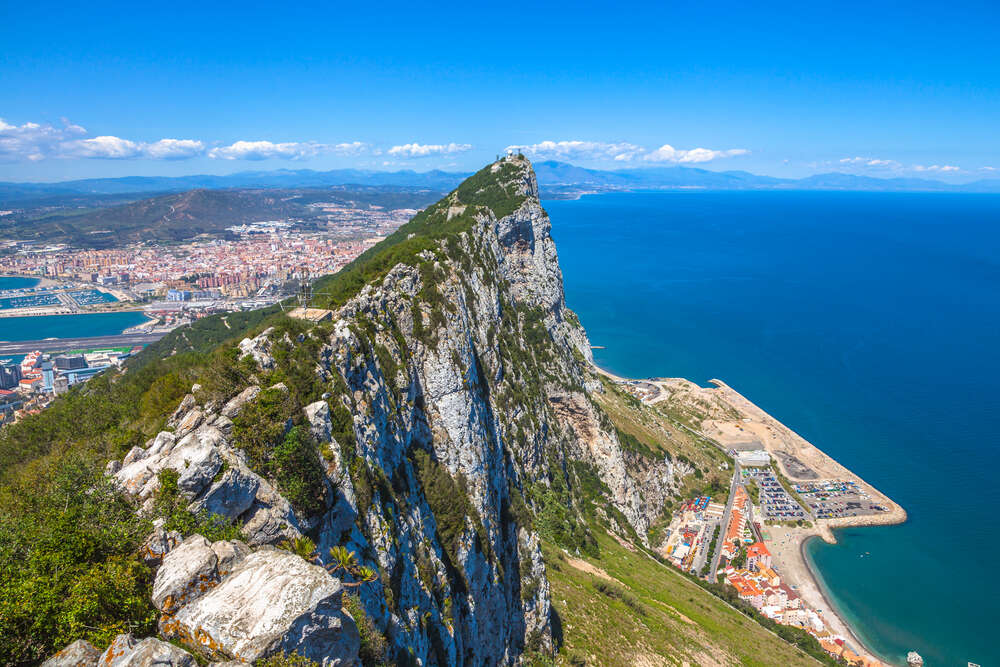 Travelers get here by land, sea or air.

By air. Direct regular flights are organized from the UK (a one way ticket will cost from € 95). From London, you can go to Giblartar from Heathrow Airport, Gatwick Airport and London Luton Airport. There are also flights from Manchester Airport and Bristol Airport.

From Morocco, there is an opportunity to fly for € 55 from Tangier Ibn Battuta Airport and Casablanca Airport.

By bus. Independent travelers may get by bus from Malaga in Spain to the border town of La Linea. The distance from the bus station to the border is 5 minutes on foot, your passport will be checked and scanned there. 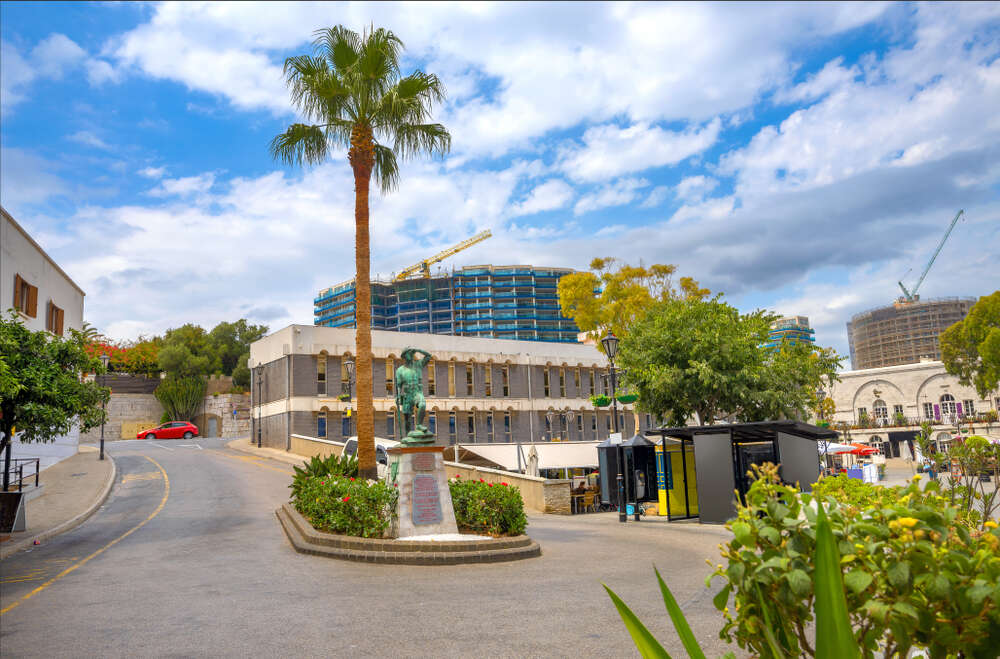 By train. La Linea can be reached by departing from the UK, crossing France and Spain. From London to Gare du Nord station in Paris, you will have to pay € 125. Then get to the Gare d'Austerlitz station and take a train hotel to Chamartin in Madrid. A connecting flight costs from € 215. From Madrid, take a train to Algeciras, from where buses leave every half hour to the border town.

Other ways. On a cruise ship. Shuttles from Malaga Airport run 2 times a day.

Where to stay in Gibraltar

The city offers a budget tourist to stay in the only hostel called Emile Youth for € 28 per day, breakfast is not included. But travelers try to return to La Linea for the night, where they find rooms with more attractive prices and comfort. 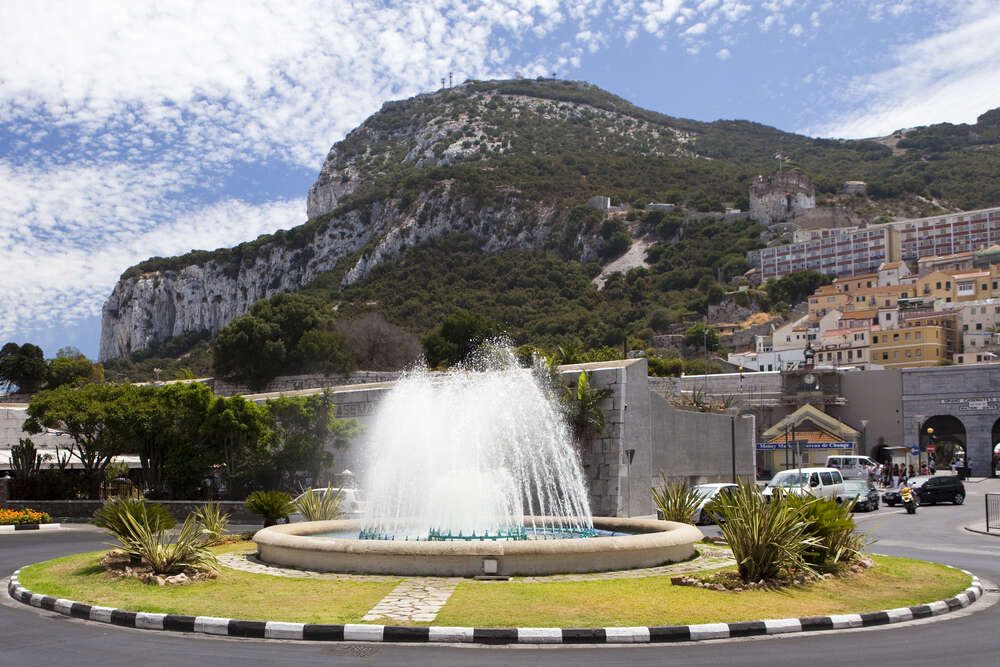 There are also 6 hotels on the Rock, which offer their services starting from € 90 per night. Those who are used to staying in apartments with a kitchen will have to pay from € 164.

Where and what to try in Gibraltar

Rosto, a dish of short pasta in tomato sauce with beef, is among the typical dishes of Gibraltar. Tourists are offered to taste the Fideos al horno, baked noodles with bolognese sauce, bacon and grated cheese. Or Rolitos, where eggs, bacon, olives, crackers, herbs and vegetables are wrapped in a slice of beef.

During the meal, they can't dispense with bread. Here, the chickpea roll of Calentita is baked. The local population loves Panissa, which is cooked in a pan to obtain a pasty mass, cut into small pieces and then fried in olive oil. 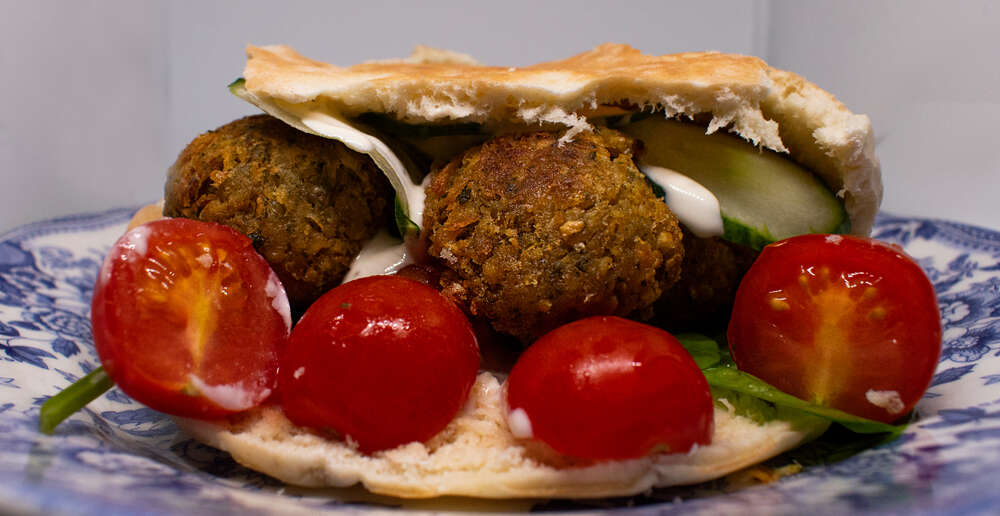 Gibraltar has absorbed the culinary traditions of the Spanish, English, French and Indian people. Moroccan and Israeli dishes are prepared here. There are many coffee houses and pubs serving traditional English food on site. But you can also find the regular chain pizzerias, McDonald's and Burger King.

The Main Street is home to the largest number of establishments of various sizes. Local pubs serve ales, drinks, snacks and steaks.

For € 11, you can grab a snack to eat at Arms, 184 Main Street. For € 2.2, you can buy a couple of sandwiches + a serving of cream soup or fresh pastry with coffee at Gibraltar Confectionery. In a reputable restaurant, you will have to pay for dinner from € 38.

What to see in Gibraltar

Start your exploration with the main attraction - the Rock of Gibraltar, the monolithic limestone promontory. It is 200 million years old. You can climb it up and go down to it very heart, underground tunnels up to 50 km long. Among more than 100 caves, the largest is St. Michael, which is located on the territory of the reserve.

There are many legends around the St. Michael's Cave. For example, that it is so long that it runs through the entire strait, connecting the continents. And that magots, local monkeys, came here through this tunnel. 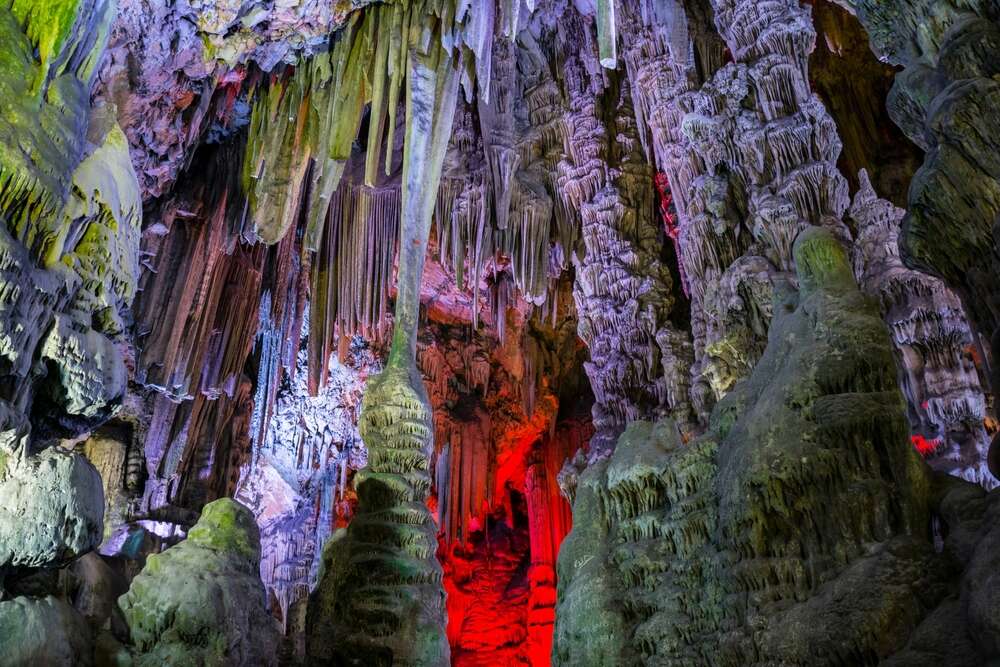 In the cave, you can walk through the halls, the largest of which can accommodate 400 spectators. Music concerts, ballets, shows, theater performances are held in this hall. 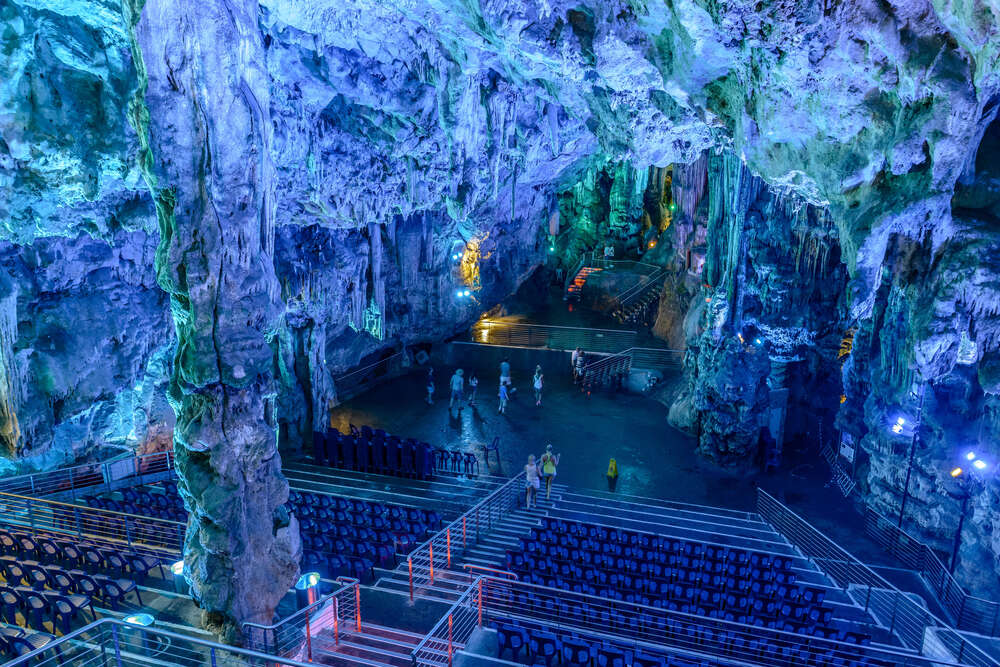 Entrance is included in the tunnel ticket price to the Reserve. For an additional fee, tourists hire a guide who will reveal all the secrets and legends, including leading to an underground lake.

Gibraltar is the only place in Europe where monkeys live in the wild. Scientists believe that they were brought in long ago as pets by the Moors. And the British believe that as long as the Barbary macaques live on the rock, the territory will belong to the UK. Local residents treat them with respect, calling them a national treasure. 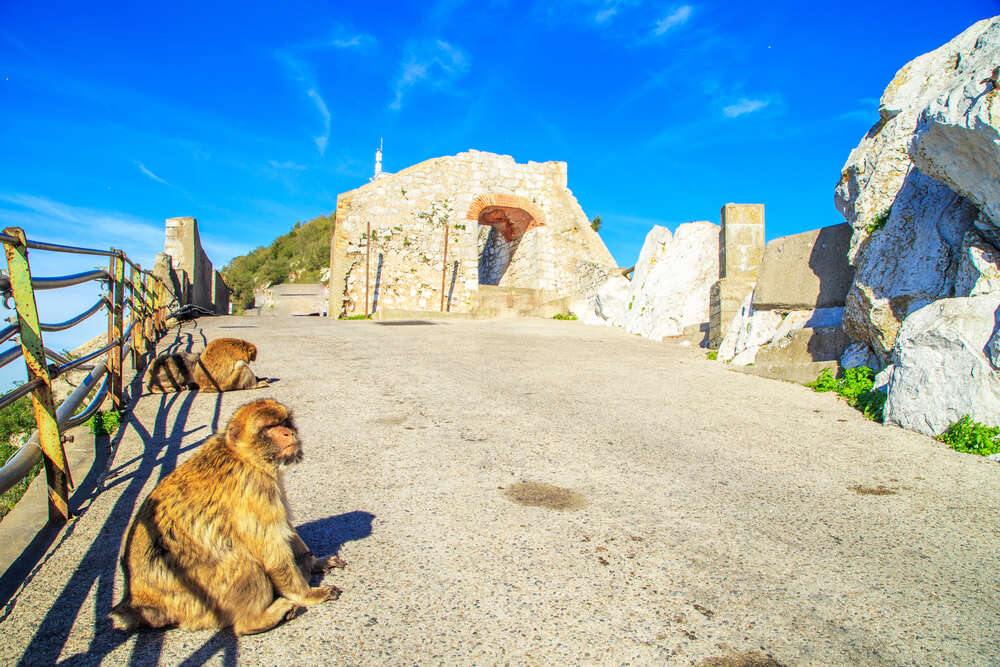 Today, 300 magots live in the reserve. They often attack the city, causing damage to personal property. The largest family of macaques lives in Apes Den.

Monkeys often show interest in tourists and even climb their arms. Be careful and remember that these are wild animals after all.

They may try to steal your food or bag (the backpack is best carried in the front).

If a magot feels in danger, he becomes aggressive.

Initially, the reserve was conceived as a place for recreation of local residents and occupied a small area. Over time, it grew to 8 hectares. The Gardens are located on a gentle slope of the Rock, like the city. It is inhabited by amazing animals and plants that are more than 200 years old. Many of them were imported from North America, South Africa and Australia. 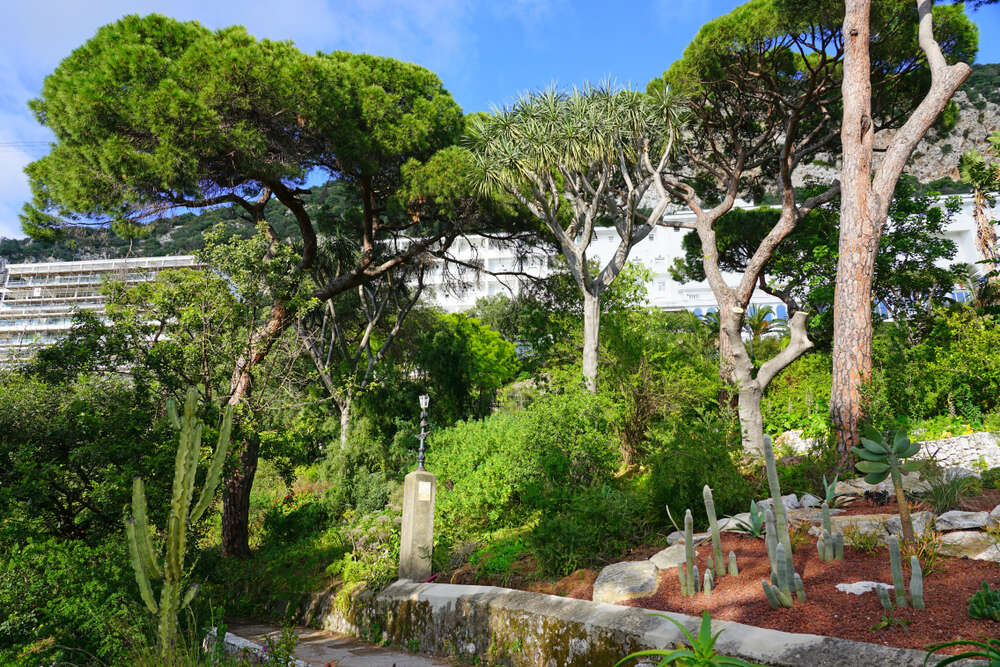 On the territory of the reserve, you can find Wildlife Conservation Park with exotic animals, Dell (a garden in Italian style), Gibraltar Open Air Summer Theater. 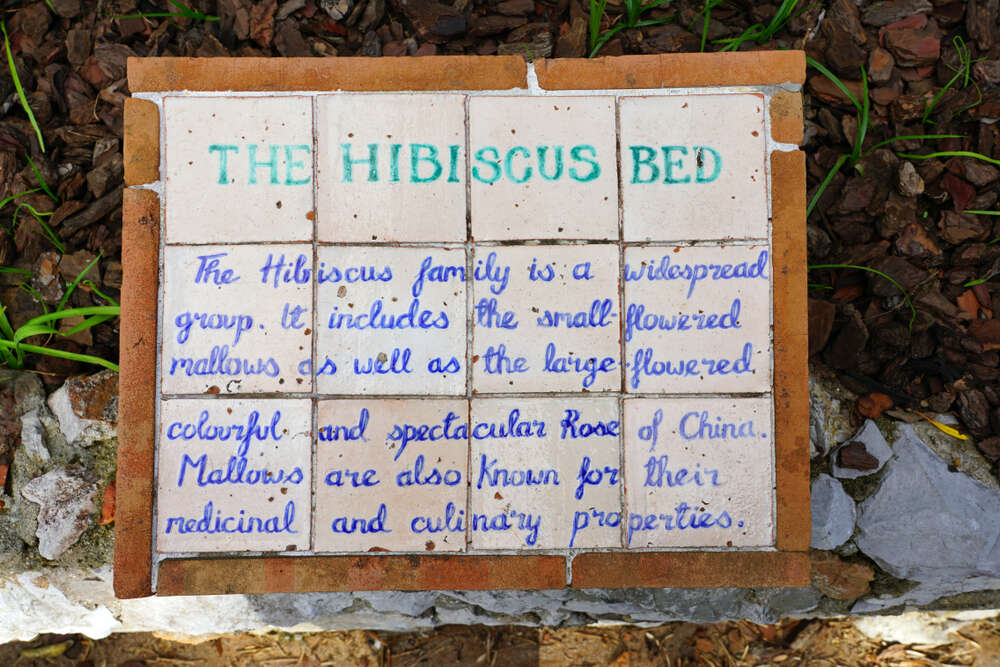 The park itself is open around the clock and is free to enter. But its paid part works from 9:30 to 18:15. To visit the upper part, you will need to buy a ticket for € 13, for children from 5 years old - € 8. Entrance to the tunnels of the Second World War will cost you additional € 9. 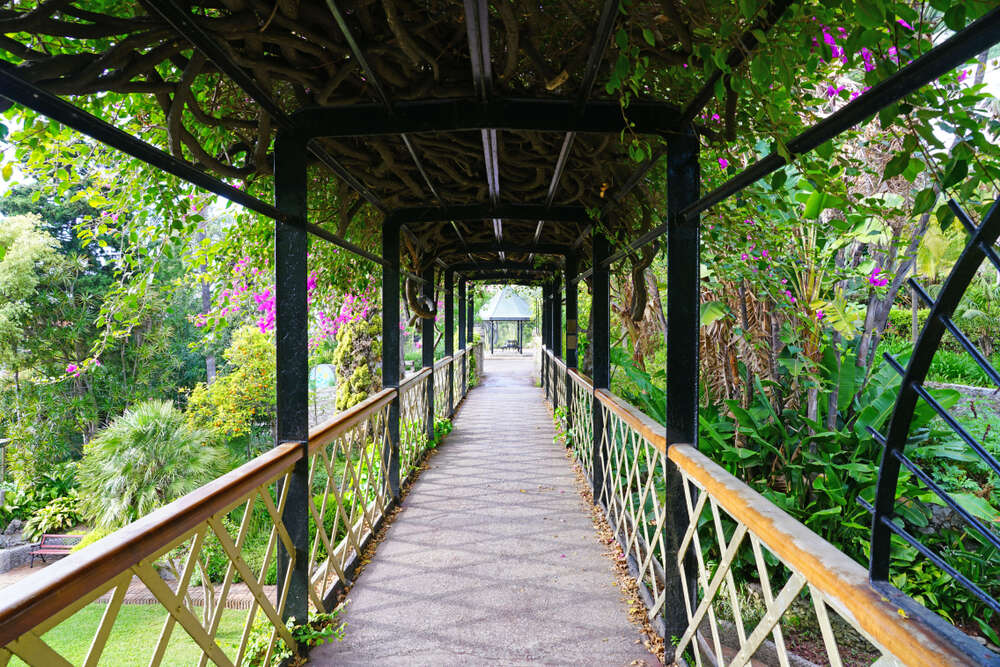 You can get to the park on foot or by cable car, which goes to the very top, stopping at the entrance to the Gardens. It runs every 10-15 minutes from 9:30 am to 19:15. Having reached the top in 6 minutes, you will see 2 continents and 3 countries. Ticket price is € 17.

Giblartar's informative website will help you easily navigate the territory.

Detailed bus timetable between Spain and Gibraltar can be seen here.

When you get to Gibraltar by car, it is better to park it near the border, since traffic in the territory itself is very dense, entry into the paid part of the national park is prohibited, and parking works only for the local population. 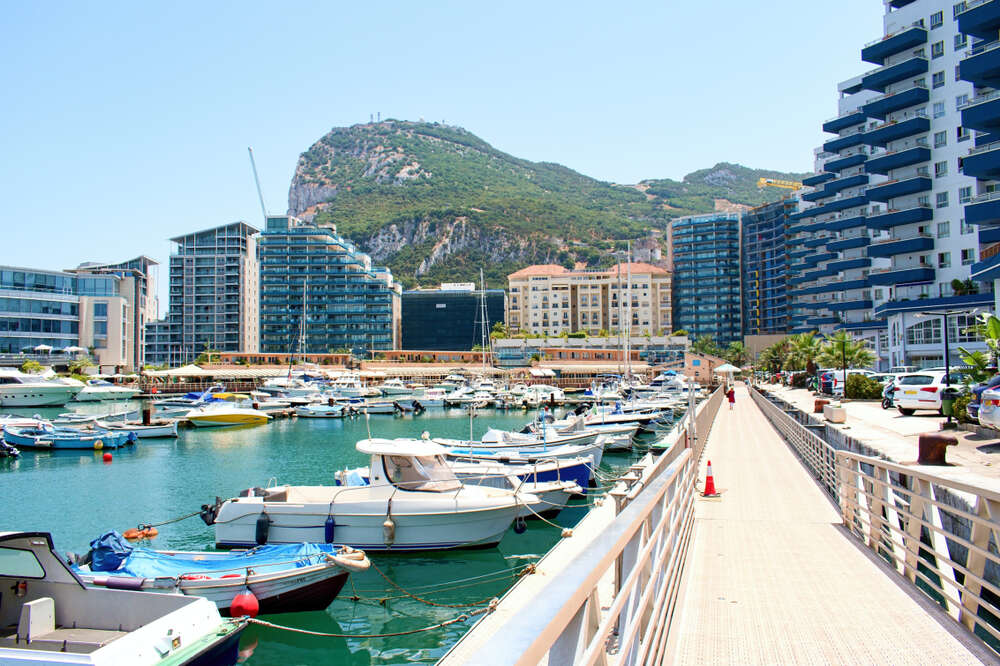 People go diving here, study at the sailing school, watch whales and dolphins. And without stopping, they take pictures of the flirting magots. Travellizy Team wishes everyone to find time to plunge into the vibrant and unexpected world of Gibraltar.