Penguins And Easter Island: Things To See In Chile

Chile is a very large and diverse country in South America. It stretches from north to south along the Pacific coast, so it has many climatic zones and unique natural attractions. Few countries have such a rich flora and fauna, few countries can boast of such cultural diversity. With all this, Chile is not a very popular tourist destination. We have tried to right that wrong and have compiled for you a list of places that you should definitely visit in Chile.

Not everyone knows that Easter Island with its eerie stone idols belongs to Chile. It is not surprising, because the island is located 3.5 thousand kilometers from the mainland. It is not easy to get there, but it is clearly worth it.

The main attraction of Easter Island is the 10-meter stone statues. It is still not known exactly who, when and why put idols with disproportionately large heads on the ocean coast, but this is an unforgettable sight. In addition, the island has a unique nature, and if you realize what distance separates you from the mainland, you can feel like a real explorer of wild places. Popular tourist activities on the island are surfing and diving. 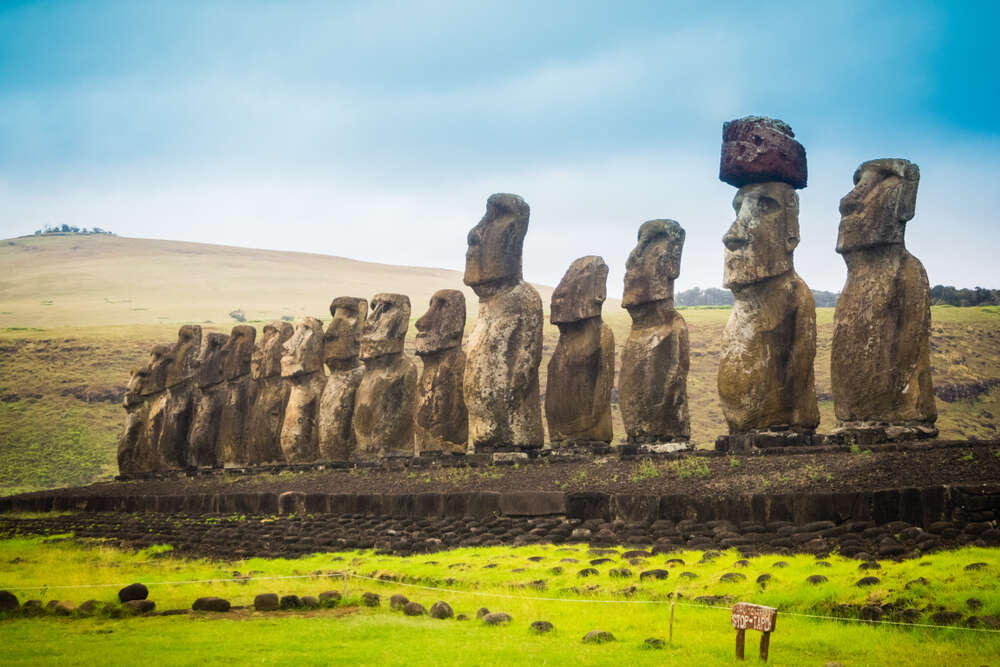 In the capital of Chile, modern skyscrapers are located side by side with colonial-style houses, while the snow-capped Andes peaks gleam in the background. It is worth staying in Santiago for a couple of days to appreciate all its main attractions - the Cathedral, the National Museum, the Alhambra Palace, the Museum of Contemporary Art.

The best view of the Chilean capital is from the San Cristobal Hill in the northern part of the city. You can get to its top by cable car, and in addition to a mesmerizing panorama, you will find the Sanctuary of the Immaculate Conception, the statue of the Virgin Mary and the Observatory.

At the end of the nineteenth century, saltpeter was mined in the town of Humberstone in the middle of the Atacama Desert. But the reserves of minerals were enough for a little more than half a century, after which the bowels were empty, and so was the town. Nowadays, it is a real ghost town with abandoned houses and streets along which the desert wind carries dried plants. If you have long dreamed of feeling like a character in a movie about the end of the world, then you definitely need to go to Humberstone.

By the way, Humberstone is the most famous, but not the only abandoned mining town in Chile. Sewell did not mine saltpeter, but copper, and it looks less creepy thanks to the brightly colored houses. The town is included in the UNESCO list and is very popular among tourists.

Torres del Paine National Park is part of the Patagonia area and the pearl of South America. The nature here is practically untouched by human, the air is clean and transparent, waterfalls fall from the mountain slopes, and icebergs regularly break off the coast.

The reserve covers several climatic zones - from tropical forests to glaciers. It has comfortable hotels, where you will not lack the benefits of civilization, and hiking trails that you can walk along for several days, being alone with the wild nature.

Do you want to see more icebergs? The San Rafael Glacier is the world's oldest glacier and an absolutely unforgettable sight. On a motor boat, you can swim very close to titanic blocks of bluish ice and feel the cold breath of permafrost. 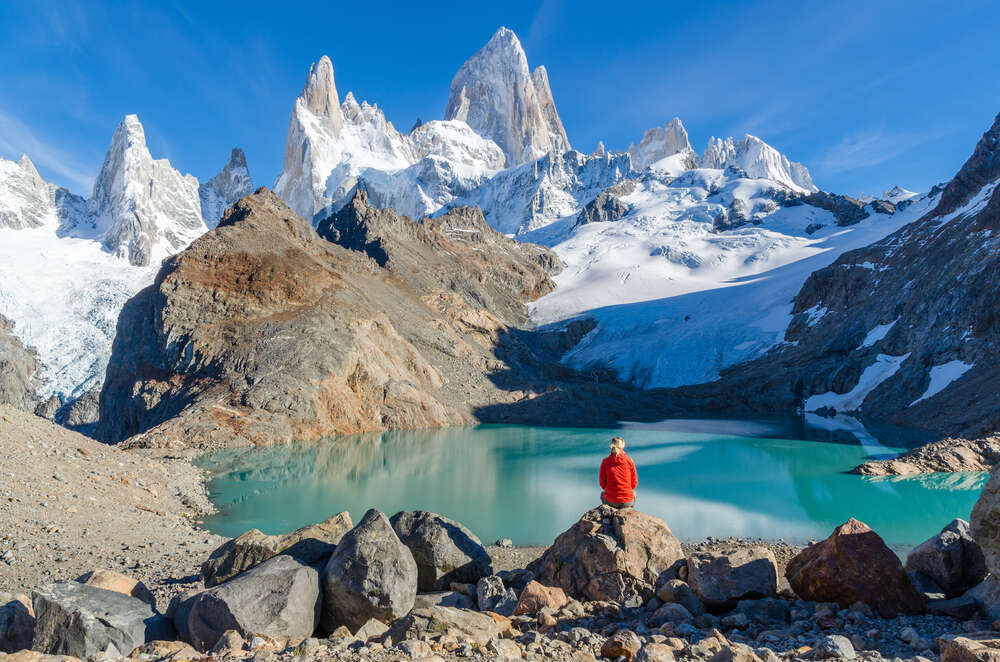 Due to the complex landscape of this part of the world, two neighboring countries - Chile and Argentina - could not draw a clear border for a long time. Years of disputes and conflicts ended with the construction of a statue of Jesus at the Bermejo Pass in the Andes. The sculpture, funded by both countries, symbolizes peace and tranquility. This is one of the few instances in history where religion united, rather than become a cause of contention.

Not far from the town of San Pedro, you will find one of the main natural attractions of Chile called Valle de la Luna. The bizarre rocky landscape with white splashes of natural salt looks strange, frightening and very beautiful at the same time. Unsurprisingly, the valley is wildly popular among tourists, and accommodation in San Pedro should be booked a few months in advance. 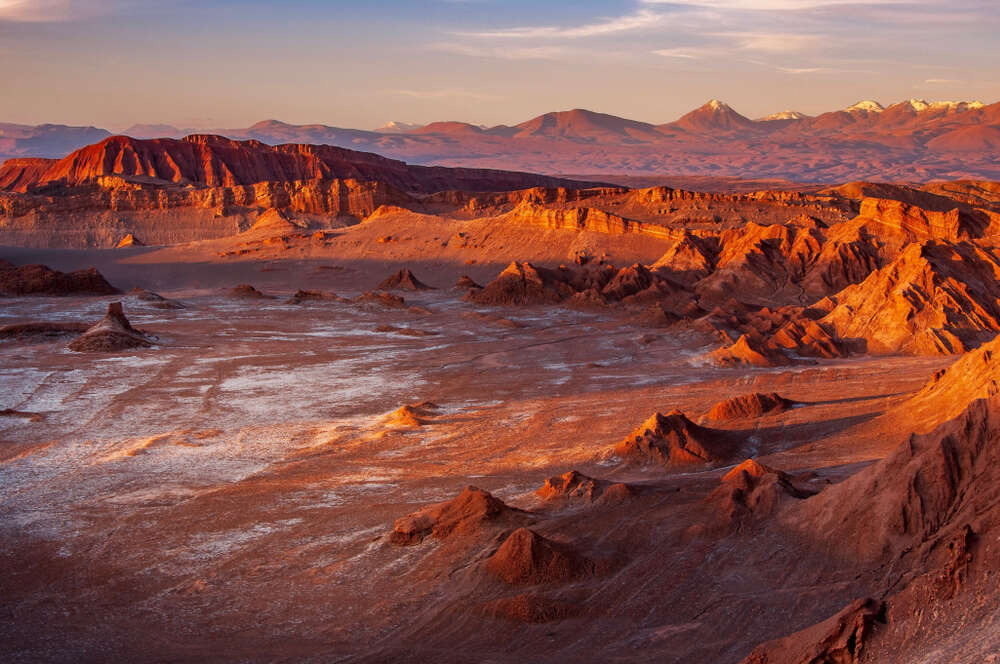 In fact, this is not a cathedral, but caves on Lake Carrera. They are called marble, not because they were washed in marble, but because of the blue-white color of the limestone walls. The sight is truly magical, and it is best to contemplate the fabulous caves during a kayak trip. The reflections from the water on the walls of the Marble Caves create the impression of a revived fantasy.

Marble Cathedral is considered to be one of the world's best kayaking destinations. The lake is located 1,500 kilometers south of Santiago.

You don't have to go on an Antarctic expedition to see the hilariously waddling penguins. Magdalena Island in the Strait of Magellan is just two hours by ferry from mainland Chile.

The best time to sail to the island is from late October to February. This month, the mating season begins, so penguins run along doing their business, dance mating dances and build nests, completely oblivious to the two-legged visitors. 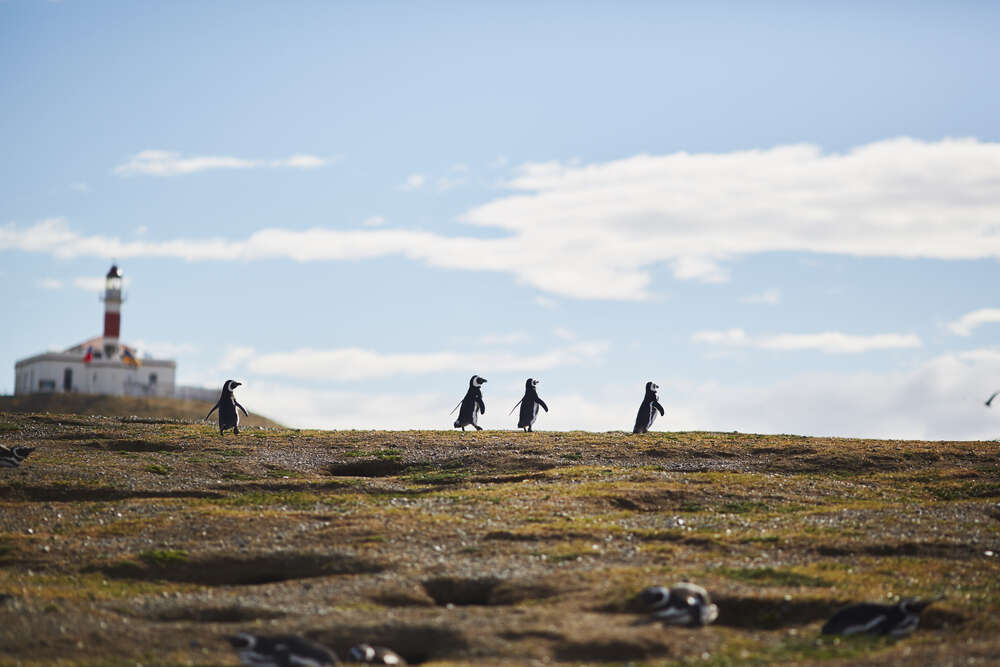 Once upon a time, the sculptor Mario Irarrazabal decided to create a sculpture that would symbolize the loneliness of a person in the desert. He chose a very suitable place for this - the Atacama Desert in Chile, which is considered to be one of the world's driest and most lifeless deserts.

The Hand of the Desert is literally a stone palm towering over the sand. The easiest way to get there is as part of a tourist group, which is carried from the city of Antofagasta. From this city, you can get to another original attraction - a natural arch called La Portada. The latter rises not above the sand, but above the water.

The small Chilean town has become a magnet for tourists thanks to the Villarrica volcano. First, you can bungee jump into its crater from a helicopter. Second, water flows from the slopes, which heats up along the way and forms thermal pools. What could be better than basking in hot water and admiring the snow-capped peak of an active volcano? 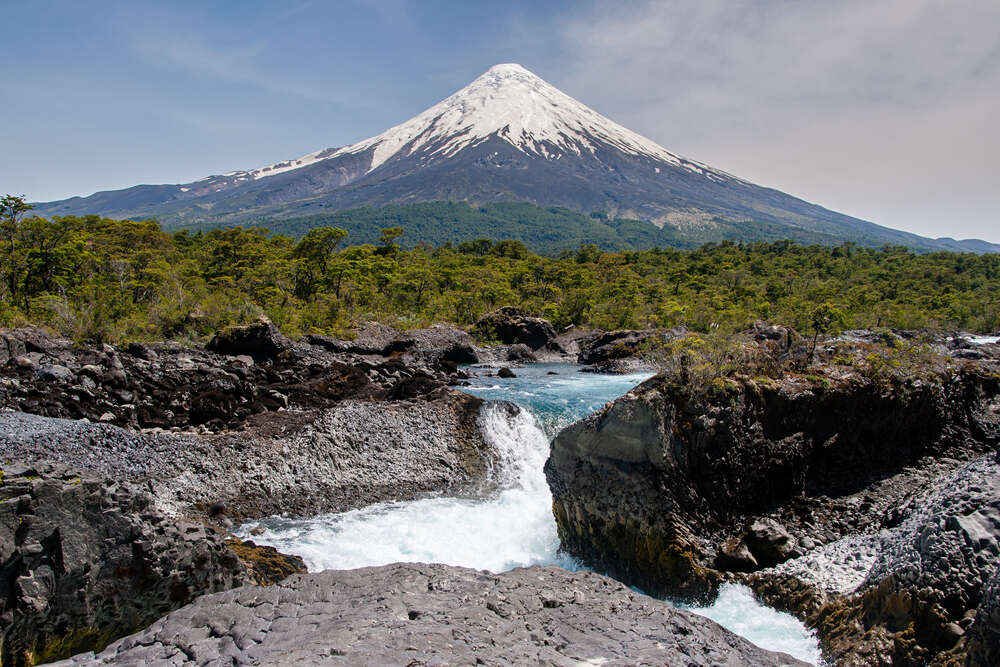 In the city of Puerto Varas, you might get the impression that you are in Germany. The fact is that it was built by German emigrants, so the architecture here is completely atypical for Chile, and there are many establishments of German cuisine. But the advantages of Puerto Varas do not end there.

The city stands on the shore of a lake and is surrounded by three volcanoes at once. This opens up tremendous opportunities for eco-tourism. You can ride a boat on the lake, you can walk in the woods, or you can just sit in a cafe on the waterfront and enjoy the relaxed atmosphere.

Chile is a huge and multifaceted country where everyone will find something to their liking. Do not even hope to see all the interesting places in Chile in one vacation, it is better to choose a couple of the most interesting ones and devote time to them, and postpone the rest for next trip.

✈️ ✈️ Choose flights to Chile and any other country on Travellizy ✈️✈️