Things you need to know about climbing Kilimanjaro

Mount Kilimanjaro is often referred to as the Roof of Africa ​​and is the continent's most attractive rock climbing destination. Conquering an altitude of almost 6,000 meters above sea level is not easy, you need not only good physical training, but also equipment and, most importantly, escort. To reach the top of the mountain, you should know in advance and observe all the nuances.

You need the same preparation for climbing the highest mountain in Africa as for any other alpine track. A few months before your planned hike, start jogging to train your leg muscles, heart and breathing. If the terrain where you live permits, you need to walk more downhill and uphill. Do not start training in the last week before departure, as this will only make things worse. The body will not have time to get used to the stress, but you will start climbing already tired. 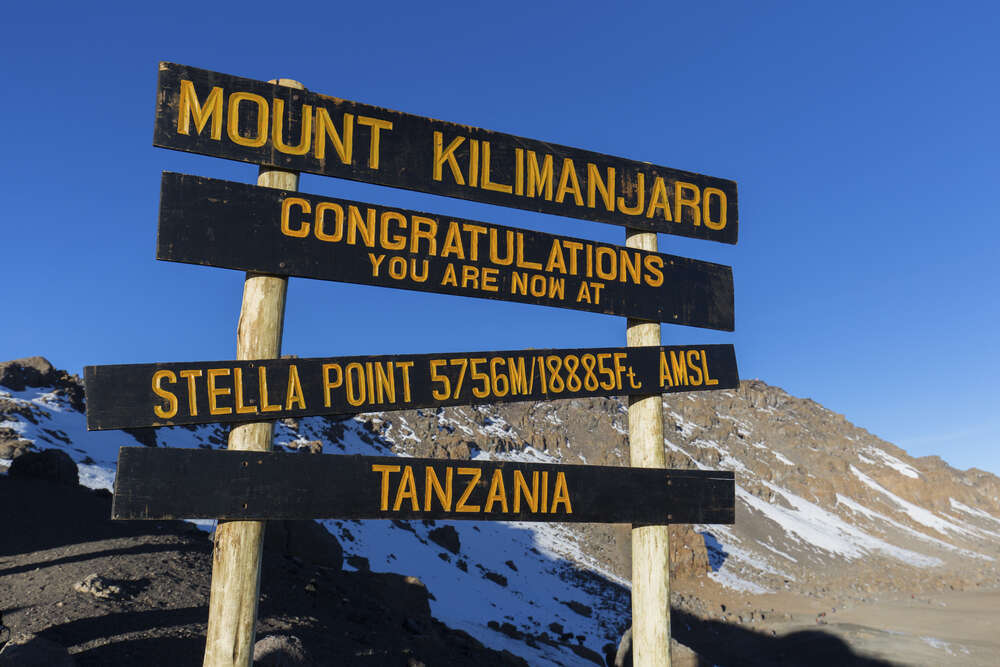 The biggest pressure when climbing to the top of an extinct volcano is associated with a rapid climb. This is not the Annapurna Circuit in Nepal, where the altitude is gaining very gradually, on the Tanzanian track, you will climb 600-800 meters per day.

There are no compulsory vaccinations for Tanzania, the country has a good epidemiological situation, but you can play it safe and get vaccinated against yellow fever.

Kilimanjaro is considered to be the easiest mountain to climb among the seven famous peaks. On the route, you will not need spiked boots, ice axes, ropes or other climbing equipment. Moreover, porters will carry even your tent and sleeping bag.

Of course, Kilimanjaro cannot be conquered in flip flops and yoga leggings. You need comfortable mountain boots, warm clothes, a hat and gloves, and clothes for extreme heat. Keep in mind that you start in a hot equatorial climate, but on the way, you will pass the tundra and glacier zone, so a perfect set of clothes is layering. It got colder - put on a layer or two, it got warmer - take them off. The difference between day and night temperatures in Tanzania can reach 50°С. 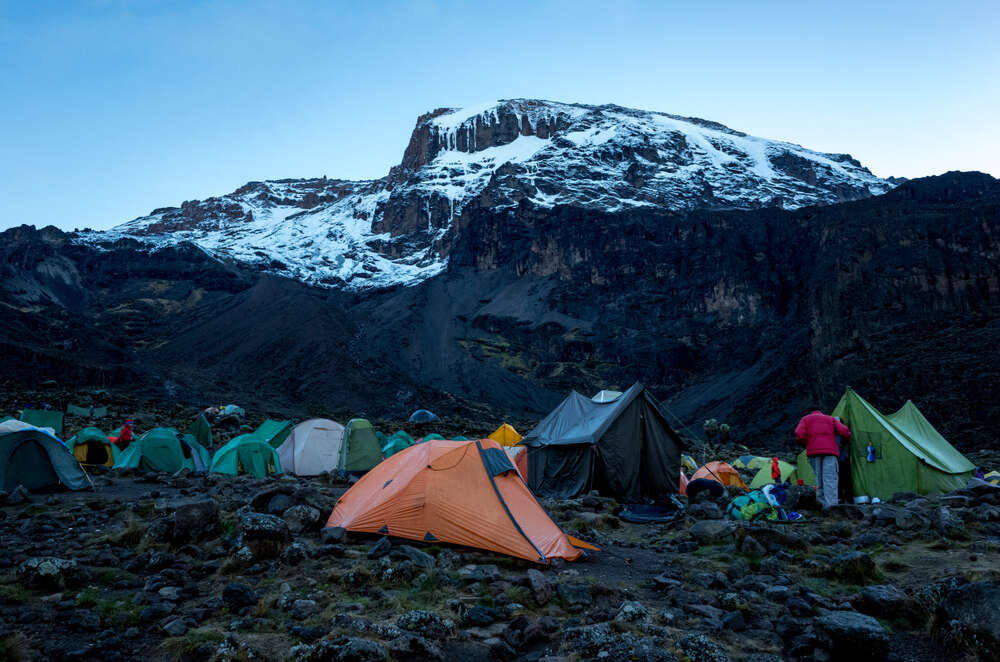 Everything you need can be rented from a company that organizes the ascent. If you do not have equipment and do not plan to go often on mountain hikes after Kilimanjaro, then this may be more profitable than buying.

Climbing Kilimanjaro is an alpine trek in the wilderness of Africa. You will spend the night on a soft bed only on the night before and after the ascent. The rest of the time, you will sleep in a tent under the stars and eat what the accompanying cook will cook in the field kitchen. There are no hotels, shops, ATMs or other benefits of civilization, just you, other tourists, an escort group and the slopes of the highest volcano in Africa.

For an additional fee, you can carry a dry closet in a separate tent, a portable shower with hot water and other amenities.

A distinctive feature of the Kilimanjaro climb is that you can't just climb to the top. The mountain is part of the national park, and tours to the peak are possible only with the help of a certified company. There are several hundred such companies, and the cost of a climbing tour for a group of 10-15 people varies from 1500 euros per person and above. 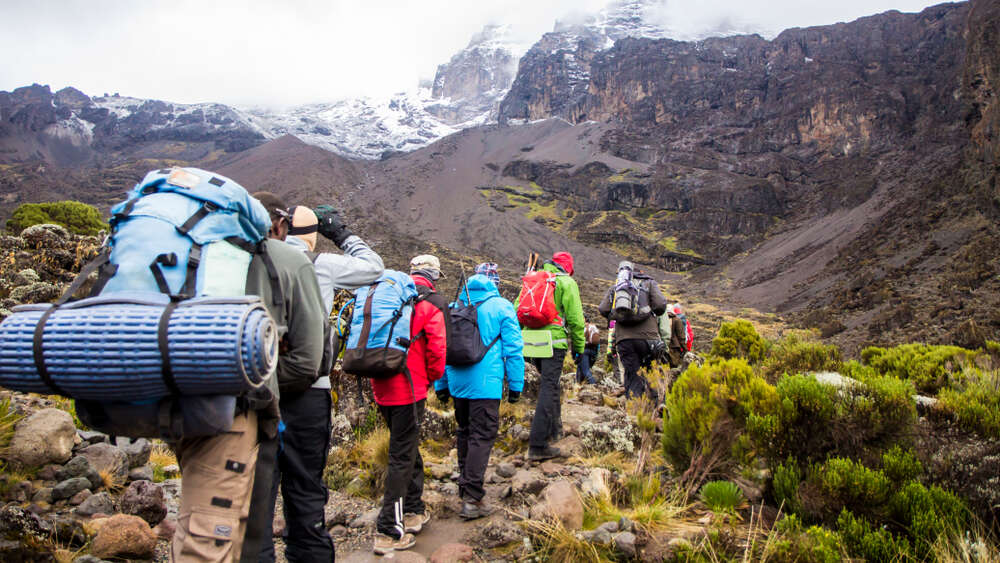 It is not worth saving on the agency that will organize the ascent for you, because its quality directly depends on the price tag of the tour. In addition, the organizers of the cheapest tours often try to save money on everything they can - on a transfer, on a hotel, on the salaries of porters. You can choose an agency based on reviews from friends or over the Internet, and when concluding a service contract, carefully read all the paragraphs.

By the way, about the porters. All the way, you will be accompanied by a group of locals of 5 or more people. They will carry things, cook food, set up and assemble camp, cheer and help on the route. At the end of the trip, you can leave them a tip (the acceptable amount for each tourist is about 200 euros for the whole group of porters), but if it doesn't work out, they will gladly accept things as a gift.

Tanzania is located in the equatorial climate zone, which means that there are only two seasons - dry and rainy. Moreover, the rains delight local farmers and upset tourists from April to May and in November, and at other times, there is drought typical for most parts of Africa. During the rainy season, the ascent becomes risky due to the slippery mud, but the water evaporating from the slopes allows you to take impressive photos, and there are much fewer tourists on the route than in the high season. 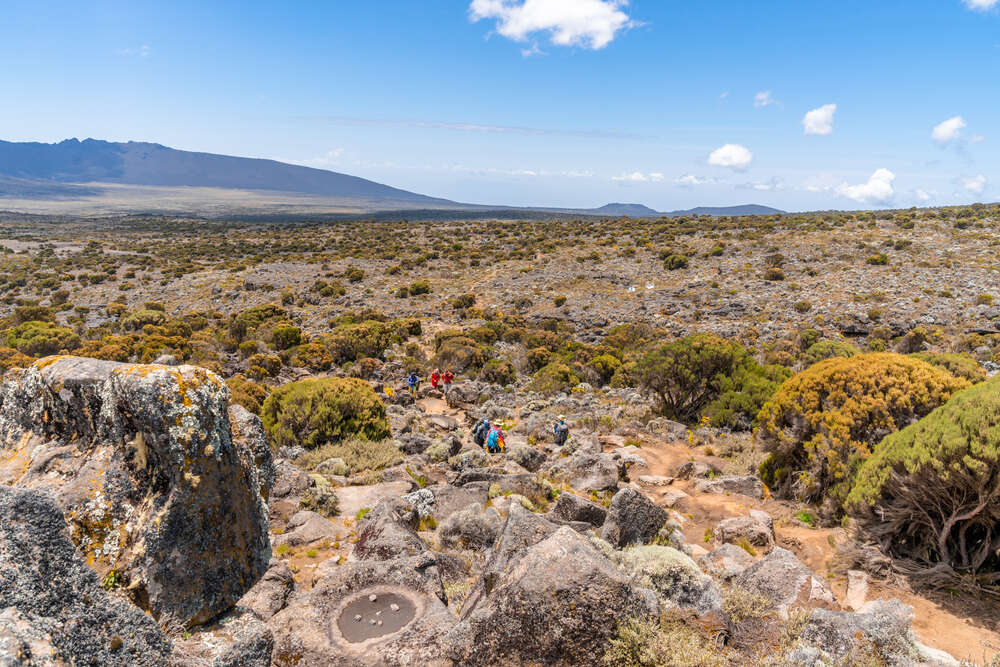 The best weather-wise months to climb Kilimanjaro are August-September and January-March. At this time, it is not too hot in the lower part of the route, and in the upper part, the probability of precipitation is lowest.

There are several routes for climbing. Some are designed for 5 days, but the chance of reaching the top is about 60%, since such a rapid climb hits the body hard. So it is better to take a seven-day route where the ascent is slower and the body has time to get used to it. One of the most popular sailing routes is called Lemosho.

Due to the rather large angle of the Kilimanjaro slope, about 5-10 km can be covered per day. This is a short distance, but keep in mind that you go not only forward, but also up. The schedule looks like this: rise is usually at 8 o'clock in the morning, then breakfast and packing the camp, a few hours of trekking with a break for lunch, then setting up the camp, dinner and sleep.

The difficulty of climbing increases every day, just like the height does. The first symptoms of altitude sickness can appear as early as 3-4 days, some tourists in such cases turn back, but in general, the chance to reach the top by an easy route is more than 80%. The most difficult day is the last one before the peak, when you need to start the ascent at midnight with snow, ice and wind all around. However, after conquering the peak, you should not relax, the descent only seems easier, in fact, the legs get tired on it even more than when moving up. 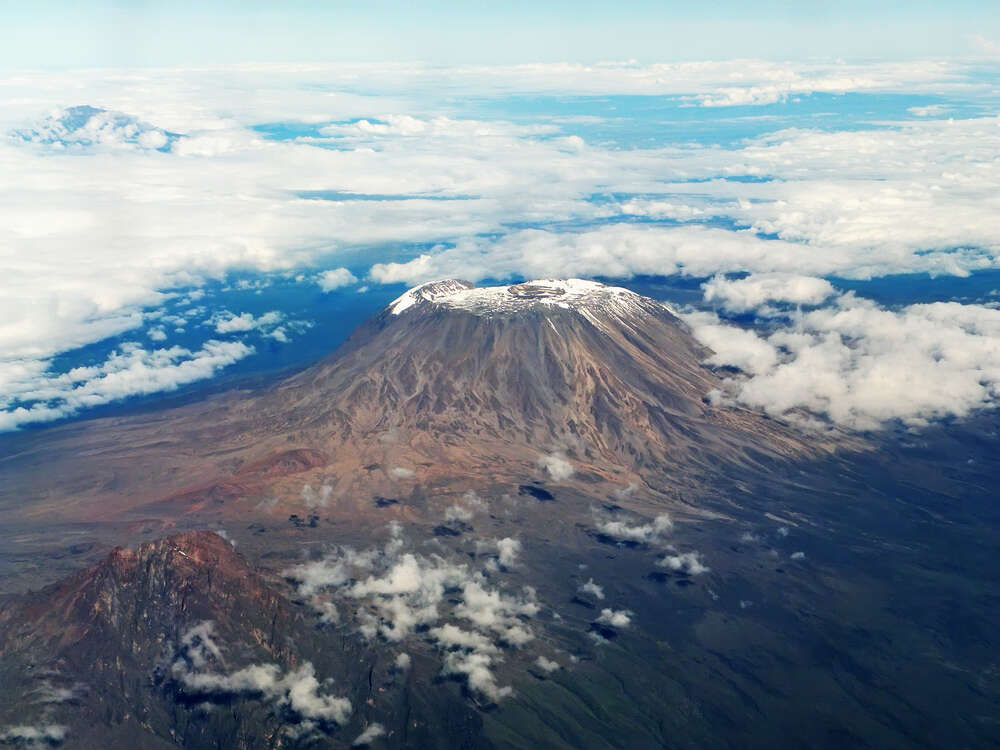 Climbing the summit of Mount Kilimanjaro in Tanzania is a challenging but unforgettable experience. By the way, if time and money permit, this experience can be combined with visiting interesting places in the country, safari or relaxing on the pristine beaches of Zanzibar.