It is the longest man-made structure, one of the New Seven Wonders of the World, and also the main attraction of China. Every year, 50 million tourists who come to visit this place are greatly impressed by what they see. Travellizy Team has gathered everything you need to know about the world's largest separation wall.

The construction of the Wall of China took about 2,500 years. The first sections were built in the 7th century BC. At that time, China was divided into many small states. The rulers of those lands ordered to build walls in order to protect their territory and clearly outline the boundaries. 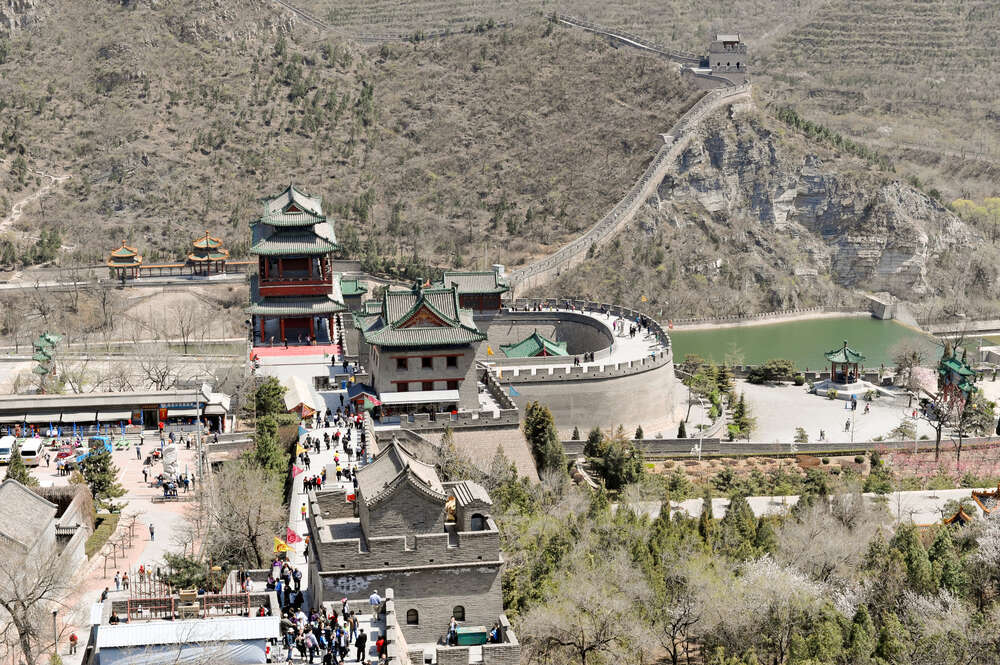 In 221 BC, the first emperor Qin Shi Huang connected the walls of 3 states in northern China: Qin, Yan and Zhao. The united wall got its own name, which in translation meant "Ten-Thousand-Li Long Wall" (or 5 thousand kilometers). 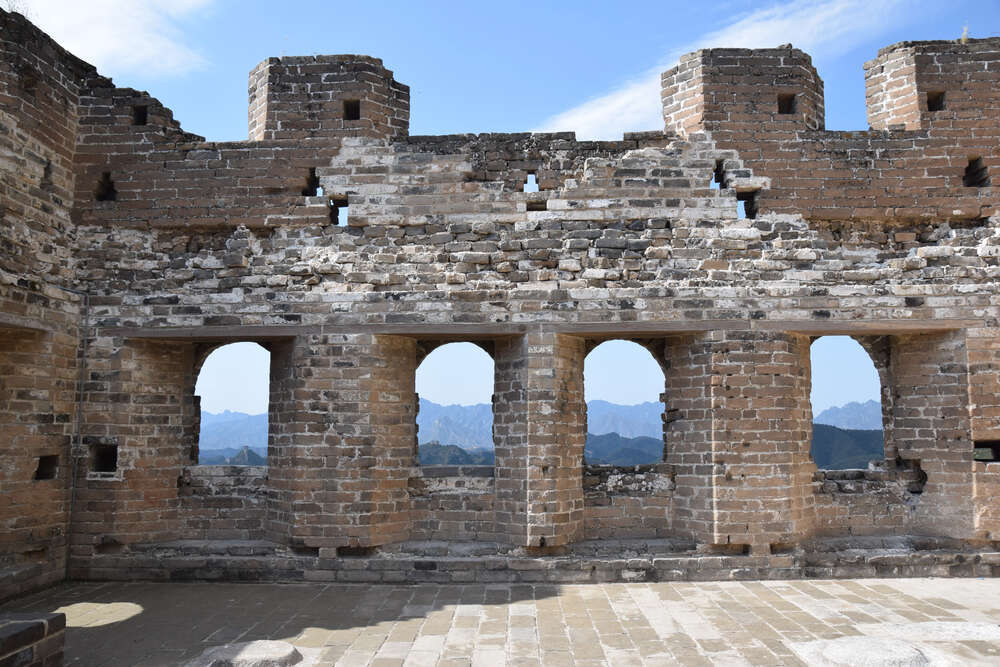 Over the next 2 thousand years, during the era of the reigns of different dynasties, the wall was completed, fortified, destroyed, blocked and rebuilt. The Great Wall of China was supposed to separate the Celestial Empire from the Mongols and resist their bulk, as well as protect the Great Silk Road. Most of the wall was built during the Ming Dynasty. 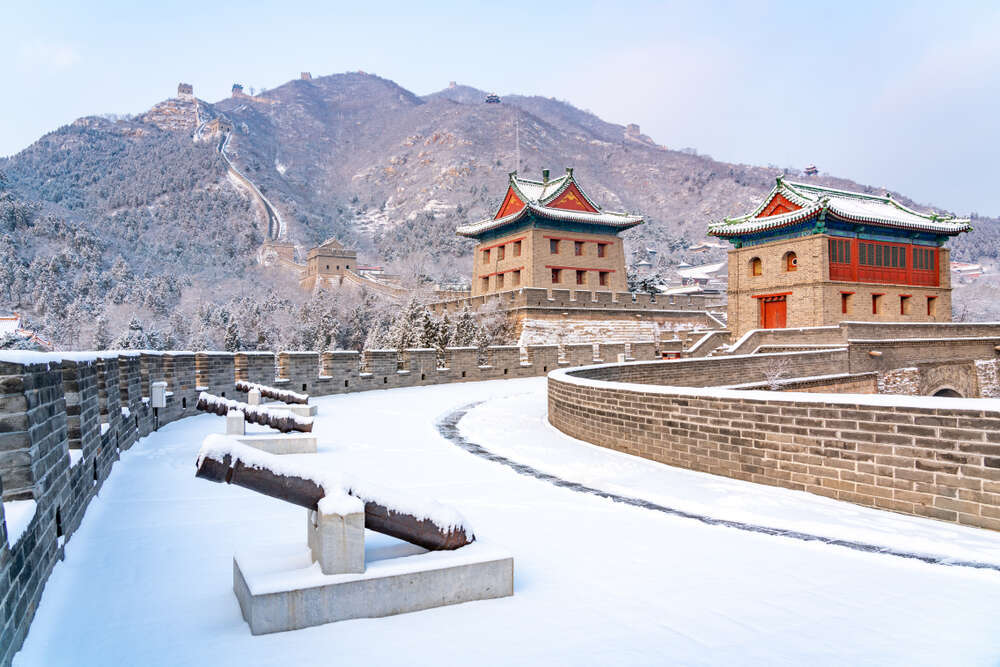 The width of the wall is 5-7 meters, and the height is about 6-8 meters, sometimes reaching 10. For a modern person, 6 meters in height is nothing. But at that time, it took a lot of effort to build such a wall. Millions of Chinese were sent to the northern borders to build the Great Wall of China. A lot of blood and sweat was shed, a large number of families were forced to go through separation, but not everyone lived to see the long-awaited meeting with their relatives. 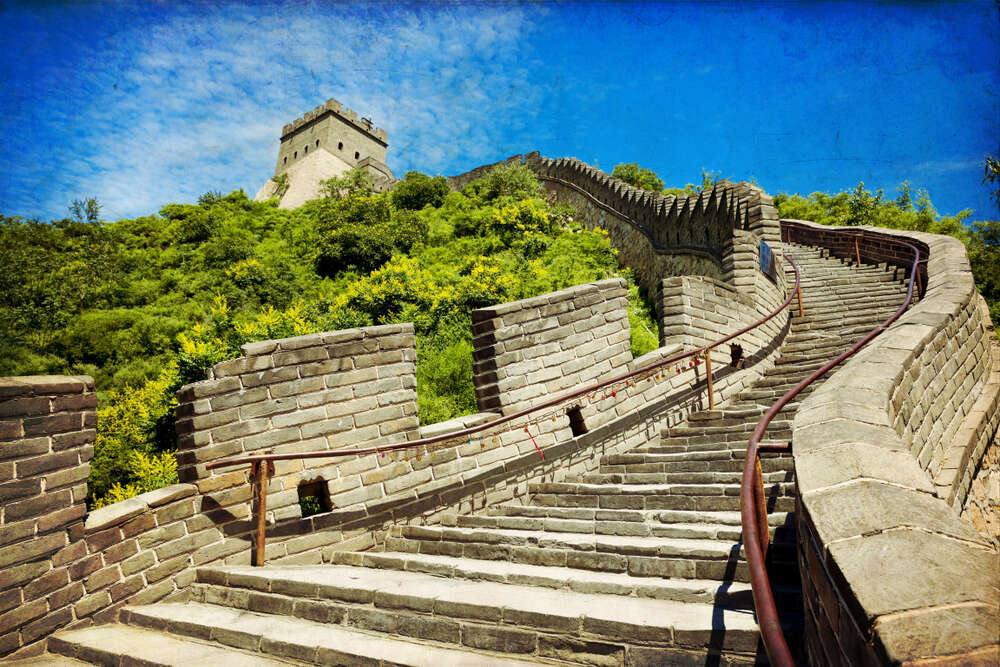 According to legend, one young man left the construction of the wall and met an incredibly beautiful girl. They fell in love with each other at first sight, and soon got married. But the guy was found and forcibly returned to the construction site of the wall. The girl had been waiting for her husband for several years, but then she came to the wall herself. At first, no one could tell her where her husband was until the terrible truth was revealed. The guy died, and his remains became part of the wall. The grief-stricken girl cried by the wall day and night, and there were so many tears that the wall could not stand it and collapsed. The girl saw a terrible thing: many bodies were buried under the stones. The unhappy woman began to conduct ritual ceremonies, but when she saw her husband, she died of blood loss. Thanks to this legend, people began to treat those who built the Great Wall of China more favorably.

The Length of the Great Wall of China

As it turned out, it is not so easy to find out how long the Great Wall of China is. Different scientists have used different calculation methodologies, which is why the figure always varies. 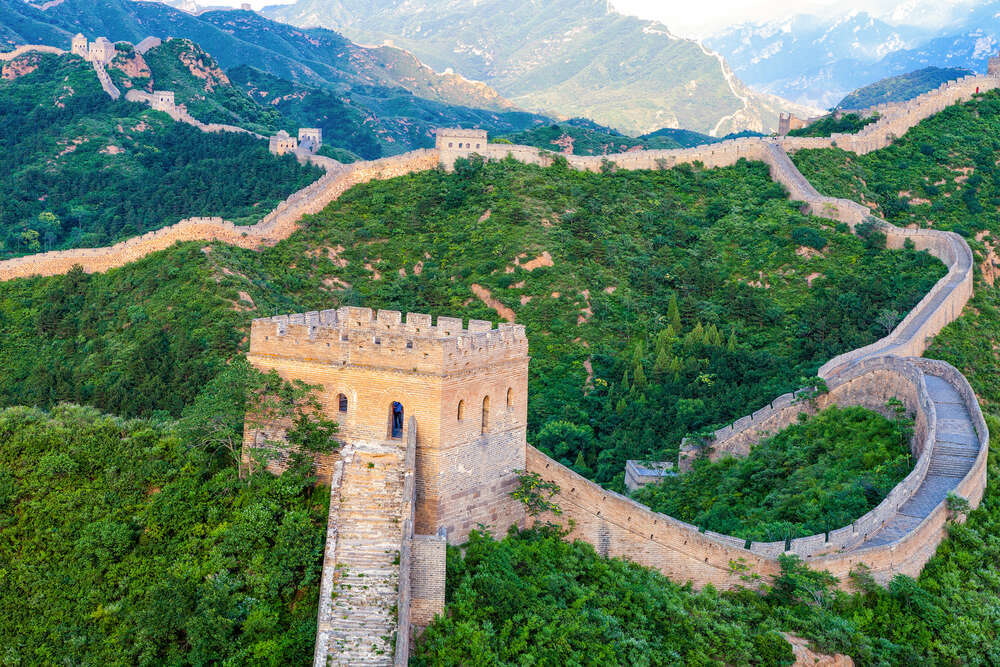 Since the wall was built gradually, over almost 3 thousand years, its length was constantly changing. Some sections of the wall were added at the very end, and some have already fallen into disrepair and become abandoned. For 5 years of work, Chinese scientists have calculated the length of all sections that could be possible. Thus, everything was attributed to the Great Wall of China: the preserved areas, completely destroyed and disappeared, and even the wall built in Mongolia during the reign of the Qin Dynasty, although it has nothing to do with the Great Wall of China. By simple manipulations, Chinese scientists have received a staggering figure - 21 196 km. 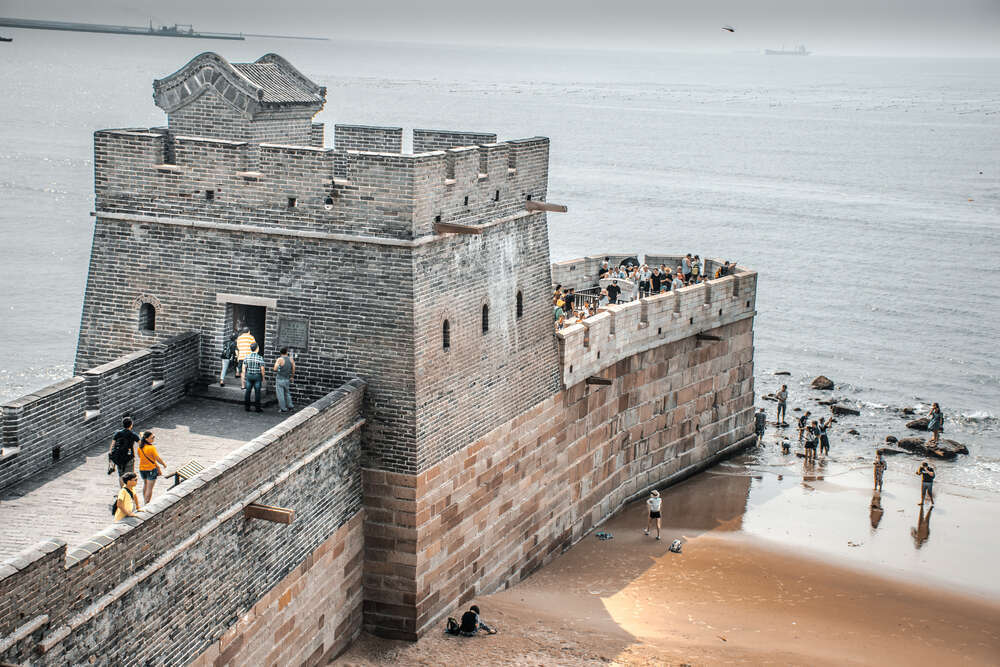 The world community categorically disagrees with such figures. It is officially recognized in the world that the Great Wall of China has a length of 8 851 km, since sections of the walls of this very length were built during the Ming Dynasty.

The Great Wall of China from space

Every single one of us heard at least once that the Great Wall of China is visible from space. The debate about whether this is true or not still does not subside, although the truth has long been known. 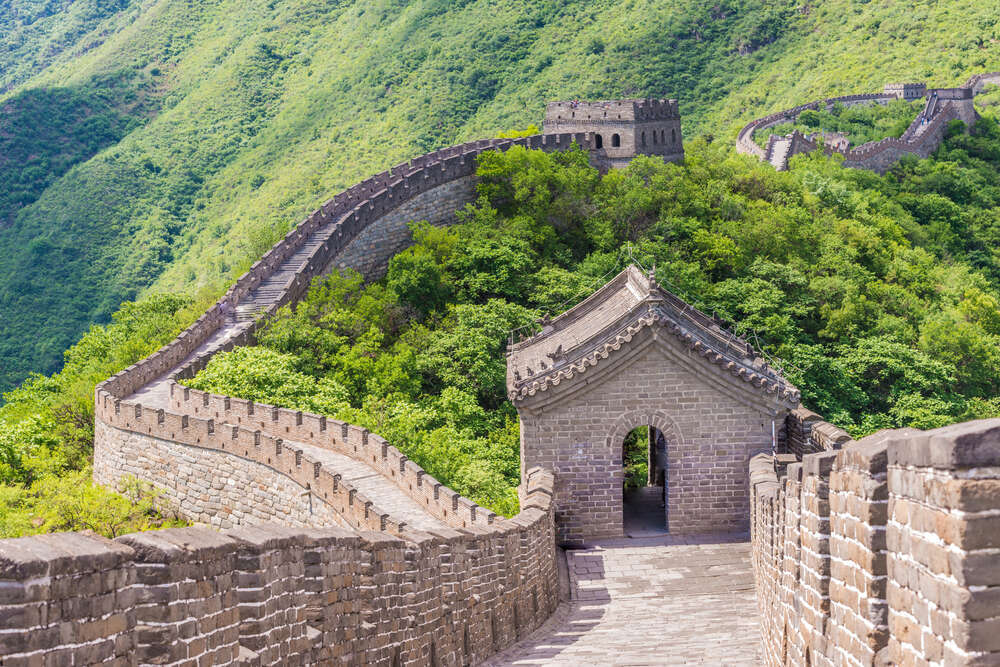 The Great Wall of China can't be seen from space. This was confirmed by both scientists and astronauts. Human visual acuity is 7 times less than sufficient to see the wall. Neil Armstrong, Buzz Aldrin, the first space tourist Anthony Tito and even the first Chinese cosmonaut Yang Liwei did not see the landmark from space. However, if you look through binoculars, then the Great Wall of China will be visible. This was confirmed by astronaut William Pogue.

Why the Great Wall of China may disappear

Most of the sections of the wall were built from ordinary clay. The method of tamping the earth was used: a layer of clay or pebbles was laid between the reed shields and pressed. The wall could also have been built from bricks, although they were not fired, but simply dried in the sun. Due to the fact that the materials were not durable, the landmark is being destroyed right before our eyes. Even the rice porridge, which was mixed into the solution to strengthen the walls, does not help much. 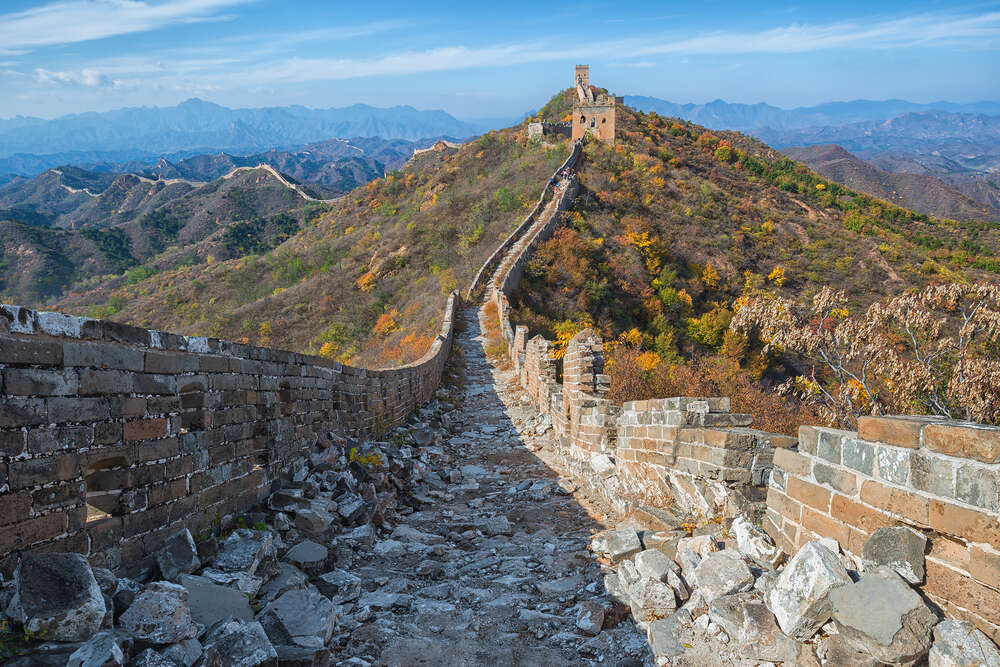 Northwest China is characterized by desertification: climate change, soil degradation, frequent winds and sandstorms - all this negatively affects the safety of the Great Wall of China. According to Chinese researchers from The Great Wall China Academy, only 30% of the wall is in satisfactory condition for now. Another third has already been irretrievably lost.

A souvenir from the wall

If you suddenly want to bring a souvenir from a trip to the Great Wall of China, and only the wall itself catches your eye, then do not try to pull out a brick for memory. For such an offense, you will receive a fine of 5,000 Chinese yuan ($ 715). And if someone offers you to buy a brick from the Great Wall of China, then refuse. It could be a fake that you just spend 50 yuan ($ 7.15) on, or it could be a real piece of a wall. In this case, you will support the underground market and still will not be able to take such souvenir out of China. 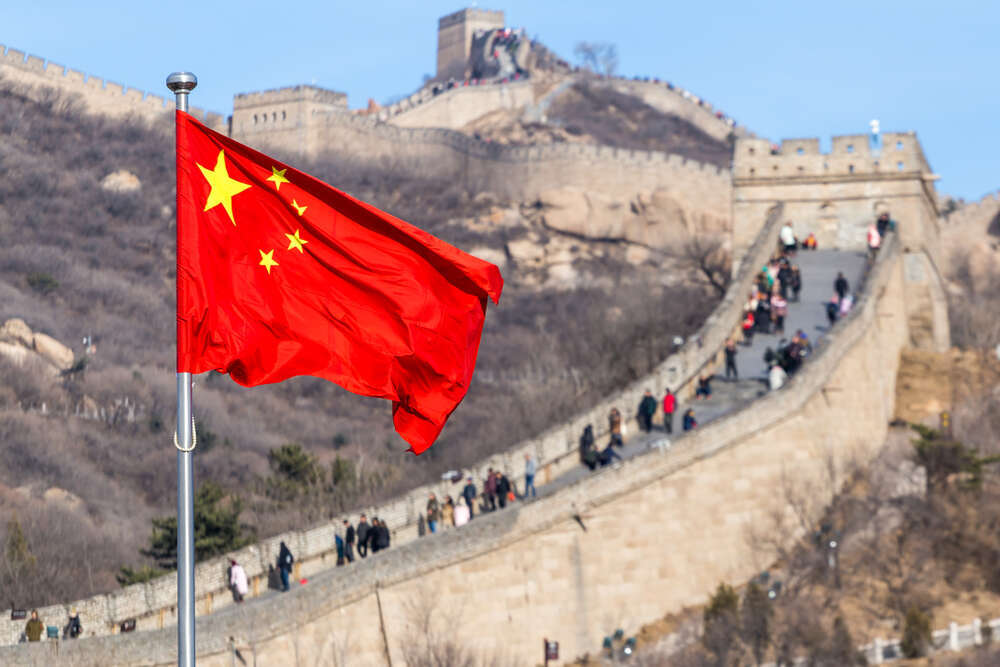 How to visit the attraction

You can visit the Great Wall of China on your own without guides. From the North Railway Station (Beijingbeizhan), a train departs to Badaling Station. The train ticket costs 6 yuan ($ 0.85). For the solo traveler, a wall ticket will cost 45 yuan ($ 6.45). If you want to get on an excursion, then you will need to pay 100 yuan ($ 14.30), but in return, they will take you by bus to the wall, then on a tour, you will be fed and shown the Dingling Underground Palace and the tombs of emperors. Excursions are organized not only at the Badaling site, but also Simatai or Mutianyu. 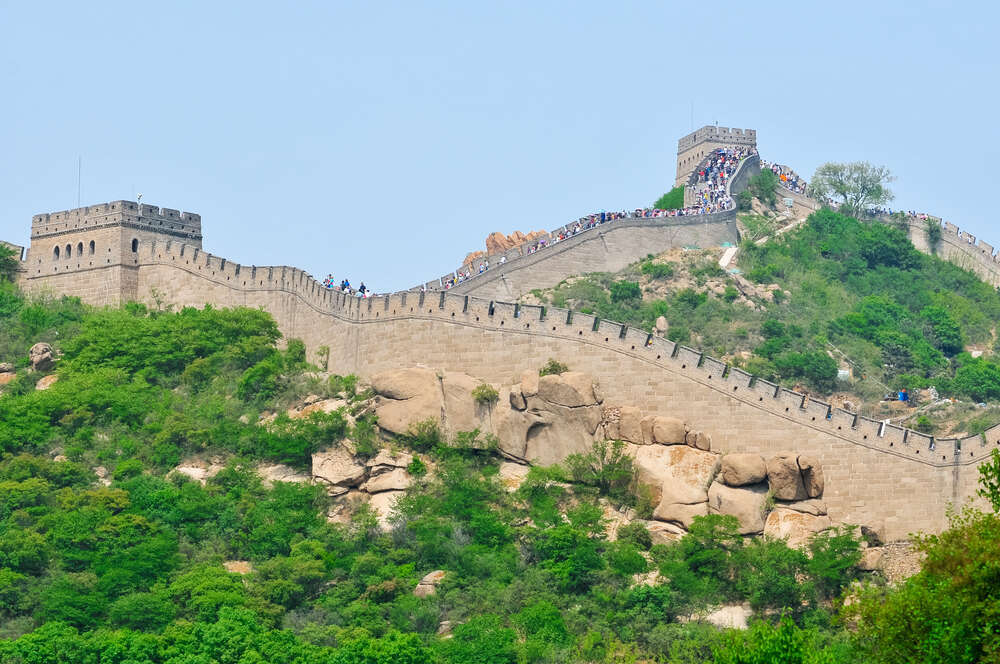 The best time to visit the Great Wall of China is in spring and autumn. In these seasons, there are no crowds of tourists, no heat, no frost. The landscapes around the attraction during such periods are beautiful: in the spring, flowers bloom along the wall, and in the fall, the mountains around them turn yellow and red and contrast with the wall. 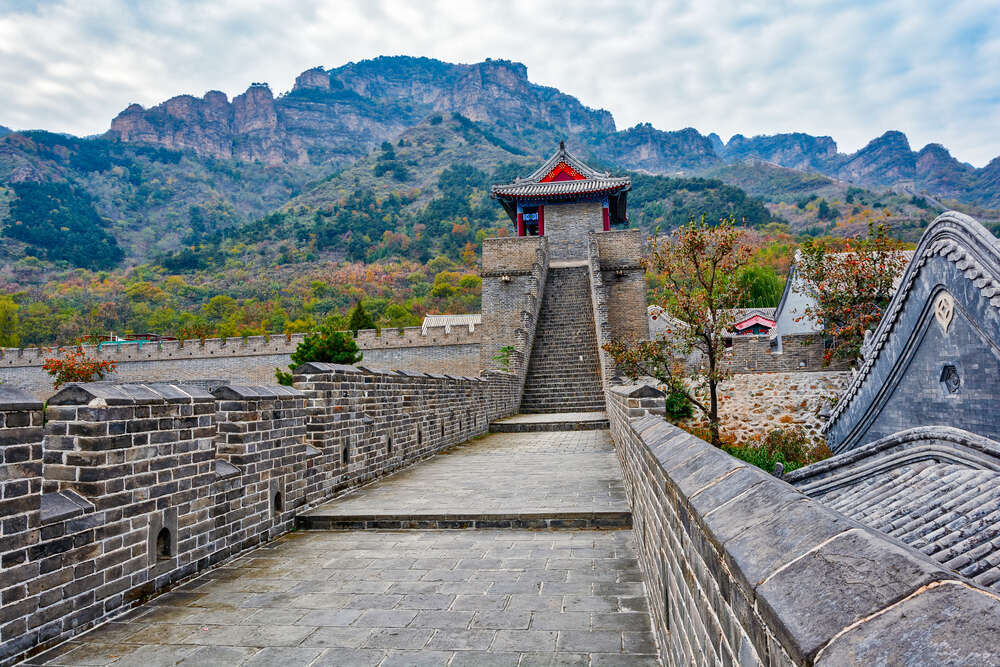 You'd think, what is so special about some wall? What exactly attracts millions of people to visit the Great Wall of China? But, after seeing this place, people discard such questions and simply admire the result of many years of work that have survived to our times.