Where Harry Potter fans can go in London

In today's world, there are probably no such people who would never have heard of the young wizard Harry Potter. He became one of the most famous book characters: each book became a bestseller, and films were surprisingly huge at the box office. Travellizy Team offers a closer look at London spots from films about the Boy Who Lived.

This is exactly the place where Harry first understood snake speech and let a huge python out of the terrarium. The world's largest collection of reptiles is here. 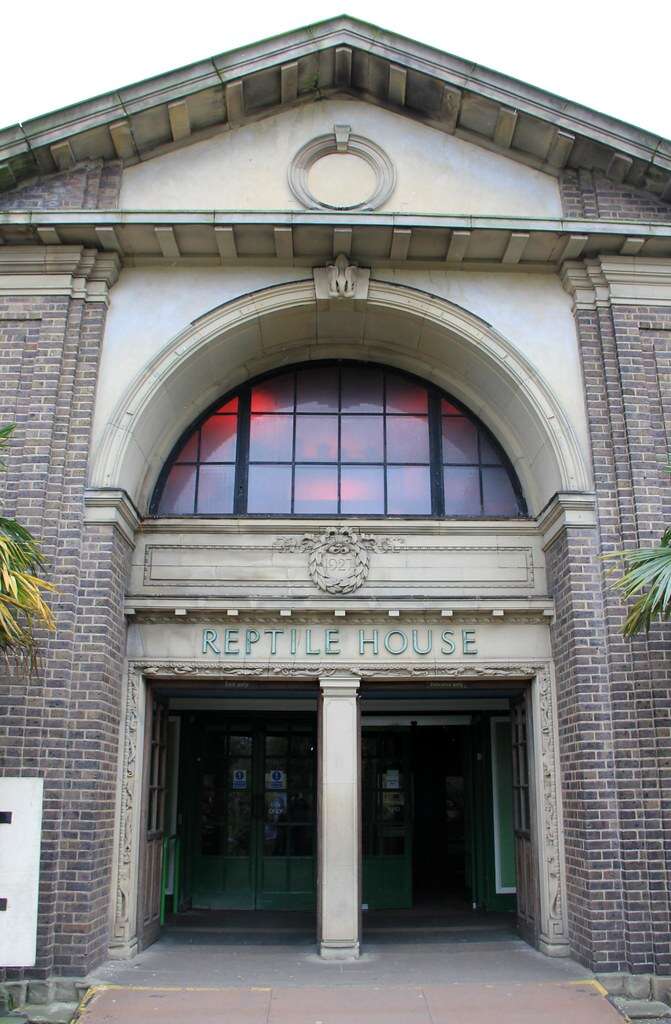 The zoo itself was opened in 1828, and in addition to snakes and lizards, you can see about 750 species of animals, most of which are rare. Especially large animals are not here, but there are tigers, lions, butterflies, lemurs, penguins, storks and a huge number of other animals. In order to bypass the zoo completely, it will take at least 3 hours.

The London Zoo is located in the heart of London, not far from the Regent's Park. You can take the subway and get off at the Regent’s Park or Camden Town stations and get to the zoo in 15 minutes.

In the movie "Harry Potter and the Philosopher's Stone", this particular market was shown as Diagon Alley. And they chose it deservedly, as Leadenhall is the most beautiful Victorian market with a glass roof. It is even called the pearl of the capital of Foggy Albion, because tourists and locals love it so much. One of the pavilions, or rather, 42 Bull's Head Passage, became a prototype of the facade of the Leaky Cauldron pub. 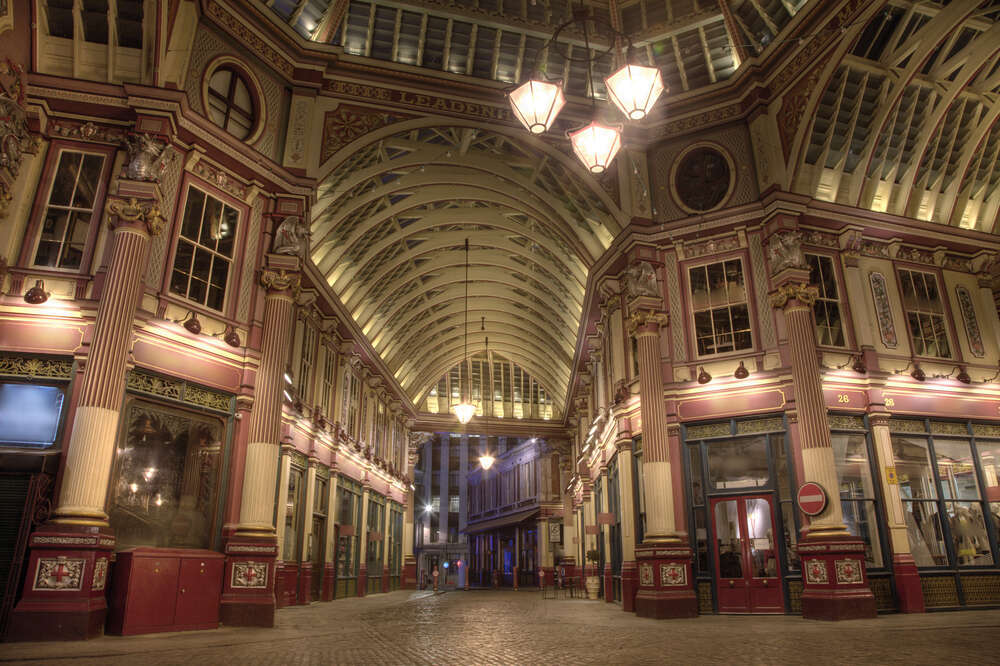 The market is still working, and if you want to enjoy shopping and look at the beautiful interior at the same time, be sure to drop by Leadenhall.

You can get on the subway to the Monument Station, and from there - just take a walk to the market.

At first glance, a memory pops up in your head of Harry and Hagrid entering the Gringotts Wizarding Bank, because it was the Australian House that served as the prototype for the goblin bank. The embassy building itself was opened in 1918 during the reign of George V. It is interesting that most of the building materials for the embassy were brought from Australia. 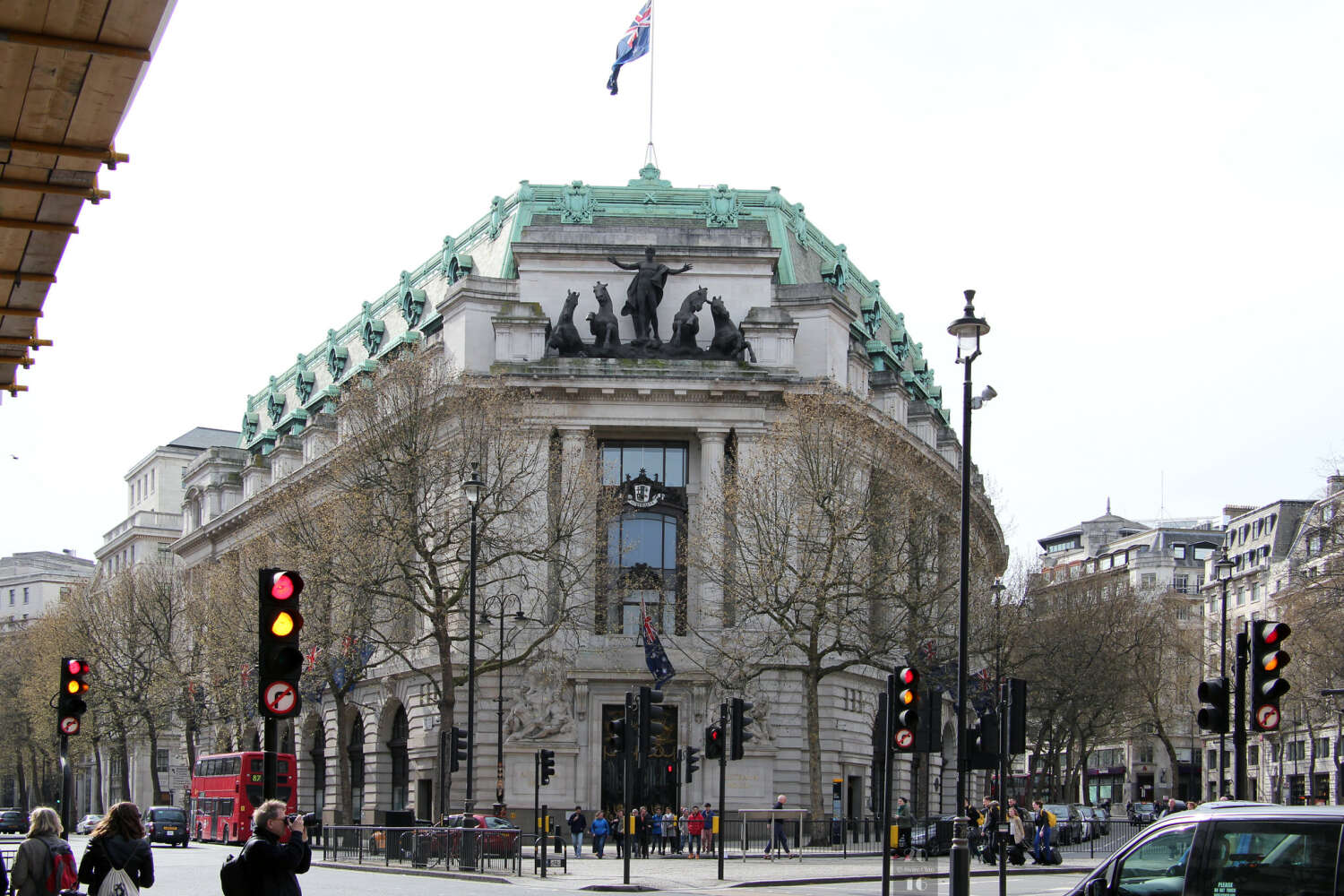 You can enter inside only on official business, but the exterior of the building is also mesmerizing. The best view of the embassy opens from the crossroads of Strand and Aldwych streets.

Platform 9¾ really exists. In 2012, the station was reconstructed and added an attraction for fans of Potter. Fans wanted to get on the Platform so much that they specially equipped a photo zone: they installed a trolley with suitcases and an owl cage, half mounted on the wall. You may try on any faculty's scarf or even Harry's glasses. But despite the fact that Harry had to go through the wall between 9 and 10 platforms, in life, the cart is in another place - between Platforms 4 and 5. It is simply to explain: at the real King's Cross Station, there is no wall between Platforms 9 and 10, just railway tracks. 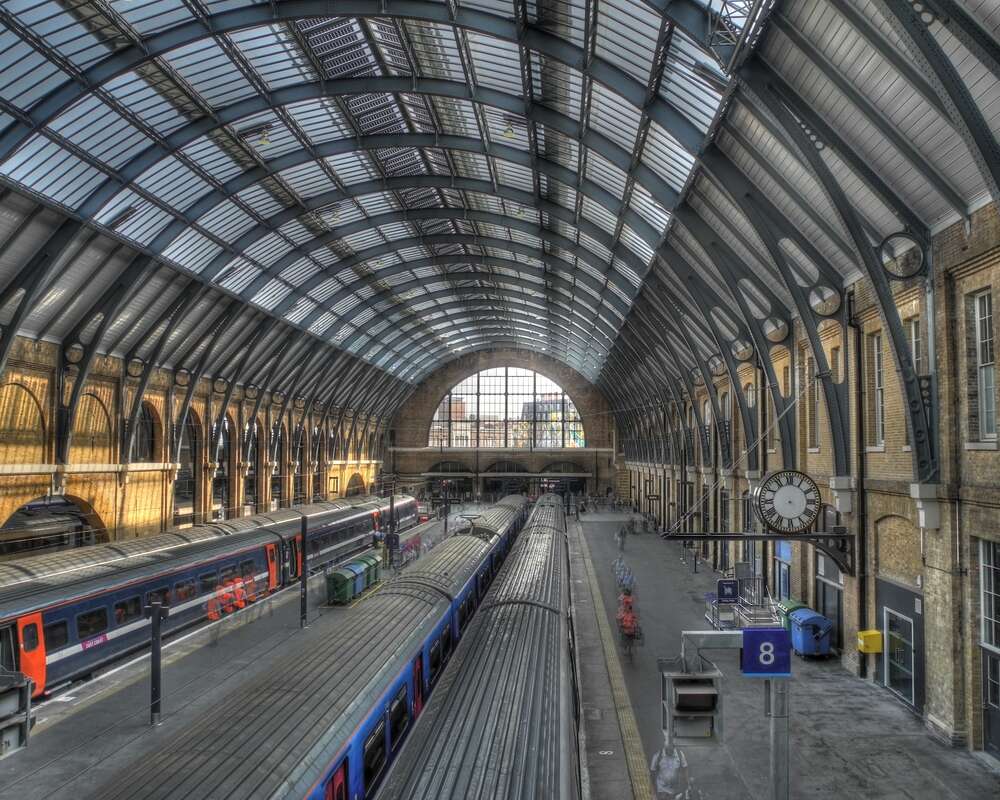 Near the train station, there is King’s Cross St. Pancras subway station.

The facade of St. Pancras Railway Station, which is located near King's Cross Station, also appeared on the screens. In "Harry Potter and the Chamber of Secrets", Harry and Ron, being late for the train to Hogwarts, fly there in Mr. Weasley's car. The car rises into the sky just against the background of this station. 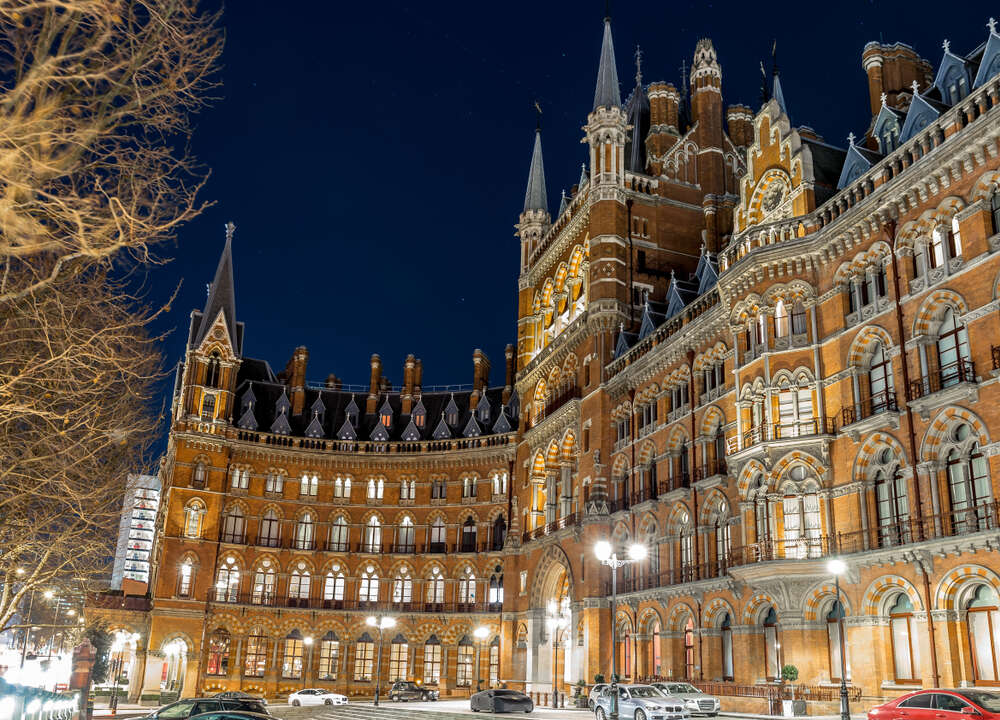 The station is one of the best British neo-Gothic buildings, so it is not surprising that the filmmakers decided to use it at least for the background.

You can reach St. Pancras by subway, getting off at the station of the same name.

The Lambeth Bridge appeared in the films more than once. The most memorable scene was the moment in "Harry Potter and the Prisoner of Azkaban", where the Knight Bus deftly got smaller and drove between two other buses. For filming, they had to block the bridge for 8 nights. 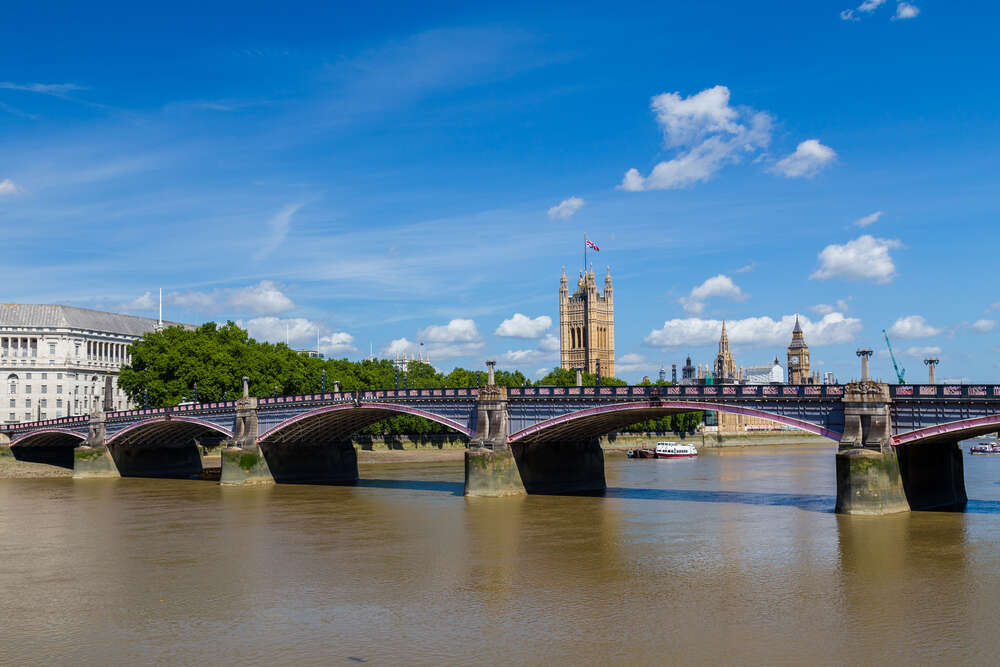 The bridge can be viewed even without a car, it has a pedestrian walkway. Make sure to walk along it, because you may look at the Thames not every day from the bridge, which is already about a hundred years old.

It can be reached on foot from Lambeth North or St James Park subway stations.

In "Harry Potter and the Half-Blood Prince", death eaters destroy the Millennium Bridge, and its debris fall beautifully into the Thames. In fact, this footbridge is safe and sound. It was built in 2000 in honor of the new millennium, but was closed after only 2 days. Either because of the strong wind, or because of the huge number of people, the bridge began to wobble from side to side, and it was closed for reconstruction for several months. Now, the bridge can withstand about 2,000 people or 5,000 tons. 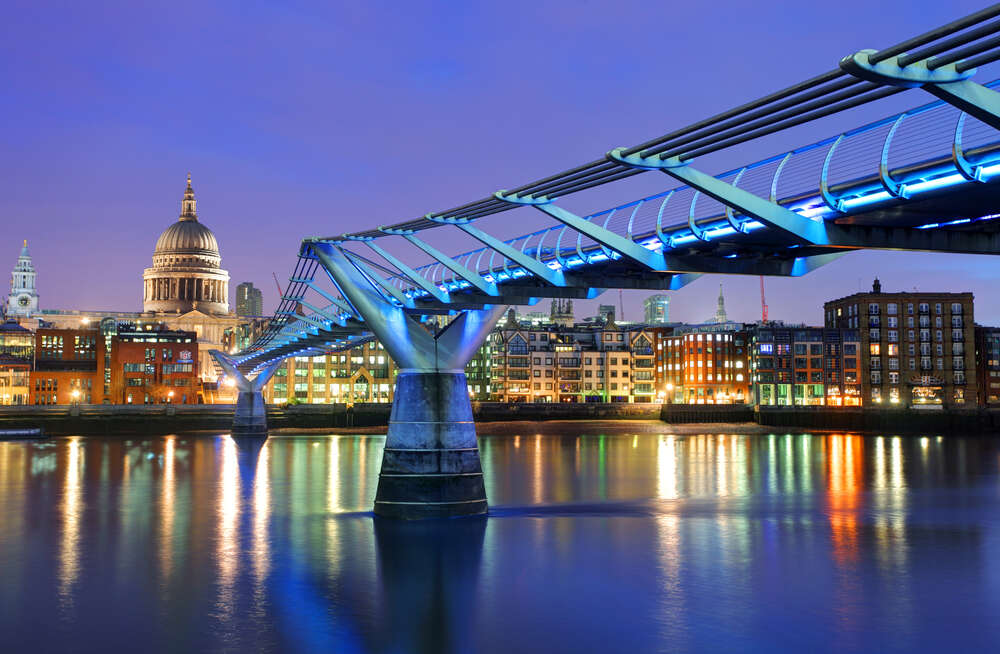 The bridge can be reached by subway to Blackfriars or Mansion House stations.

When the inseparable trinity in “Harry Potter and the Deathly Hallows” escapes from the wedding from death eaters, they transgress to Piccadilly Circus, where they are almost hit by a bus. Harry, Ron and Hermione appeared near Shaftesbury Avenue and hid in the arch of London Trocadero. 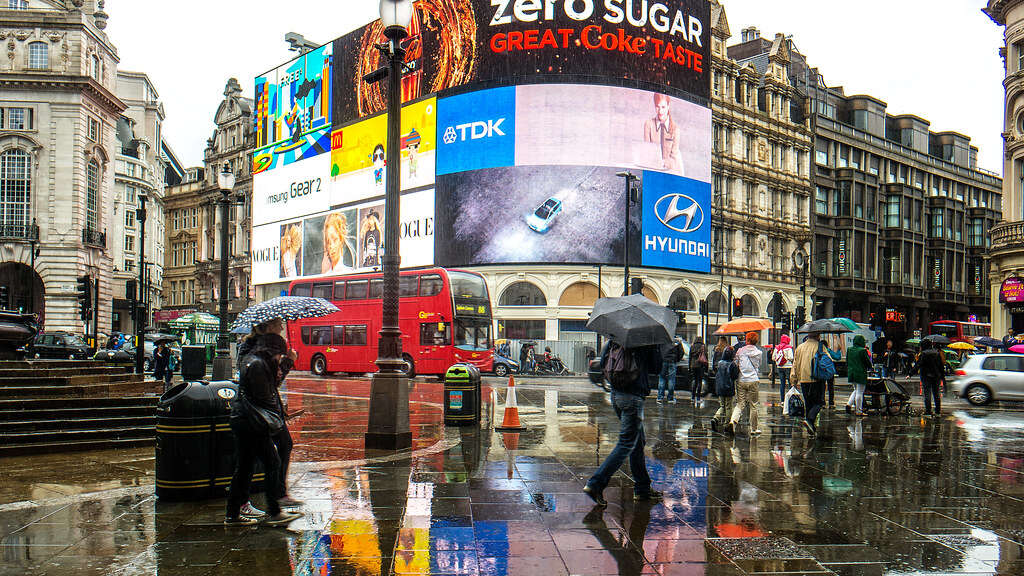 Piccadilly Circus is one of the main attractions of London. Fans of shopping and entertainment should definitely visit it, as they will find everything they want here.

The square can be reached on foot from Piccadilly Street, Shaftesbury Avenue or Regent Street, or by subway to Piccadilly Circus station.

The final point is the place where all the Harry Potter films were made. The studio is located in Watford, a suburb of London. Here you can touch the filming props, see the large layout of Hogwarts, which was used for panoramic filming and visit the amusement park dedicated to the world of wizards. 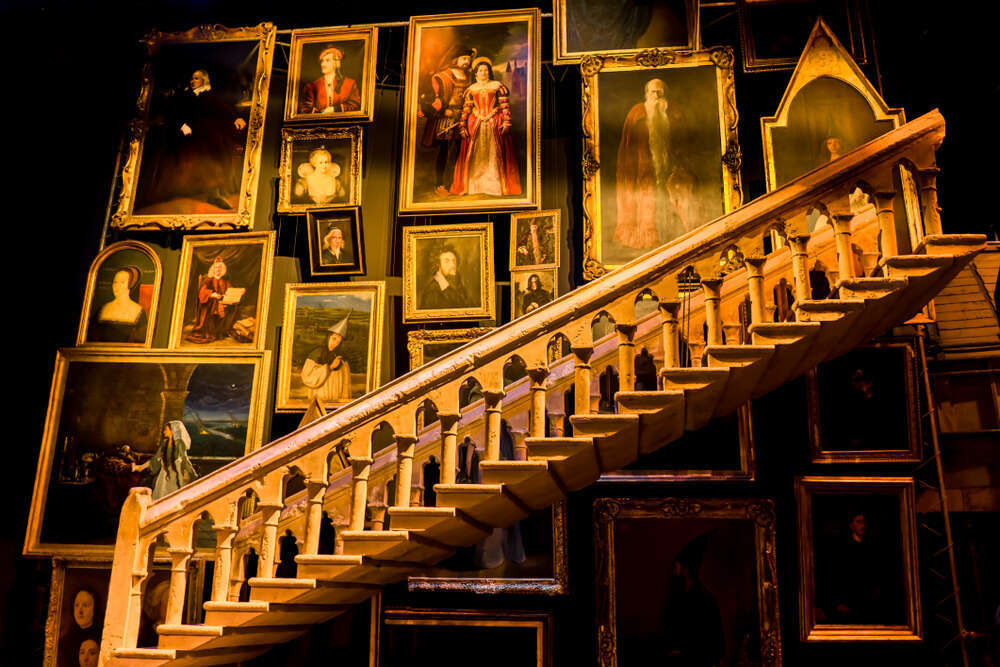 There is also a cafe with themed dishes that are not served anywhere else. 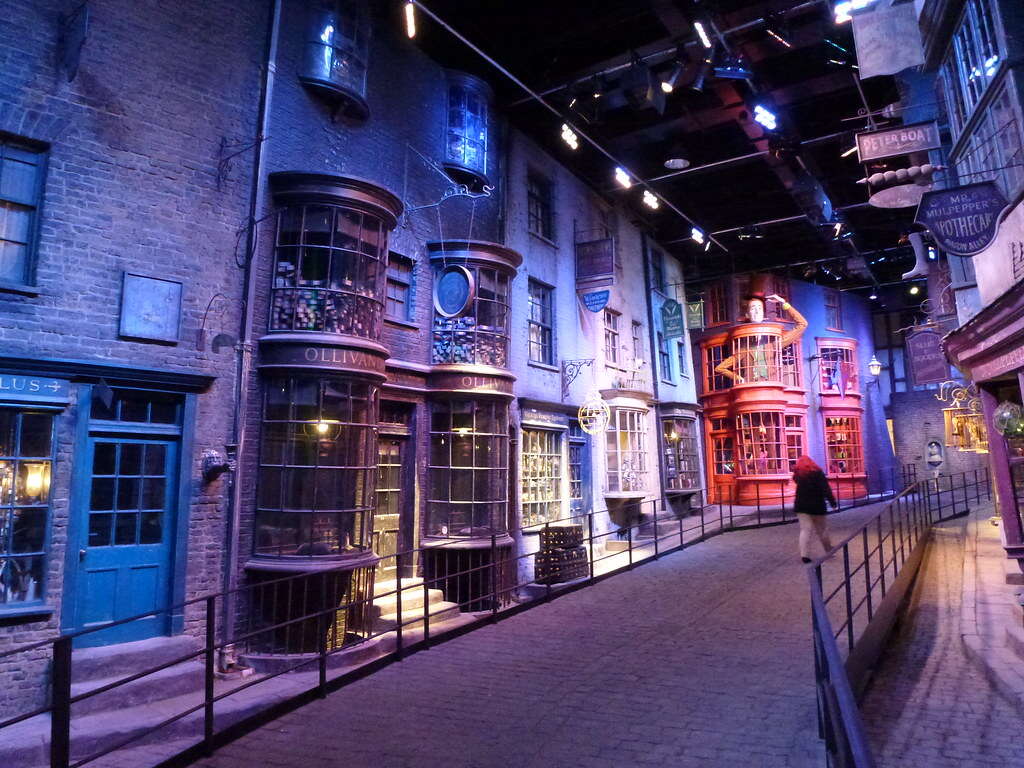 Many events of the Harry Potter world took place in London, so do not be surprised at the number of places associated with the beloved universe of millions of people. If you are an avid lover of the world of witchcraft and wizardry, then start planning your trip with Travellizy right now!