Affordable Nice: how much a vacation on the Cote d'Azur is

When you travel with Travellizy Team around the French Riviera, then you go to Nice, one of the most popular resorts of the Cote d'Azur.

In a new article, we will tell you where to go, what to see and how much it costs.

Places to see in Nice

We suggest you start your acquaintance with the historic center of Nice from the main Place Massena, on the side of which the Fountain of the Sun with a white marble statue of Apollo is located. 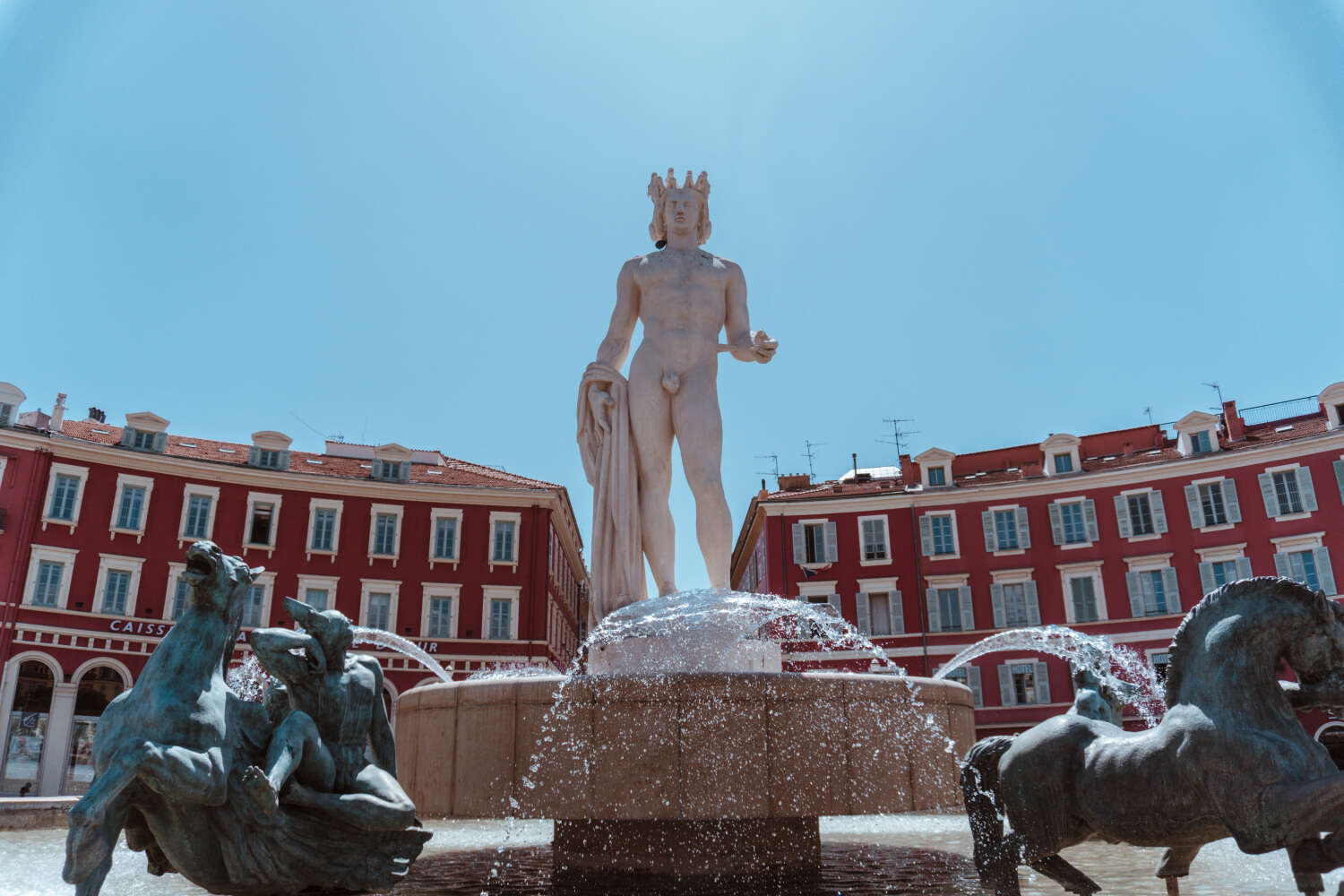 Not far from the square, there is the Massena Museum, which, like the square, is named after Andre Massena, a French military commander. The museum stores works of art and personal belongings of his family, as well as memorabilia of Napoleon and Josephine, some of their letters and such interesting artifacts as the mask of Napoleon's death. The museum is open every day from 10:00 to 18:00, except Tuesday. Admission is by a special pass called Pass Musées de Nice, which you can use to get to other museums and galleries for free. The cost of such a pass for 24 hours is € 10, for a week - € 20, for children under 18 years of age and students - free of charge (with availability of a document). 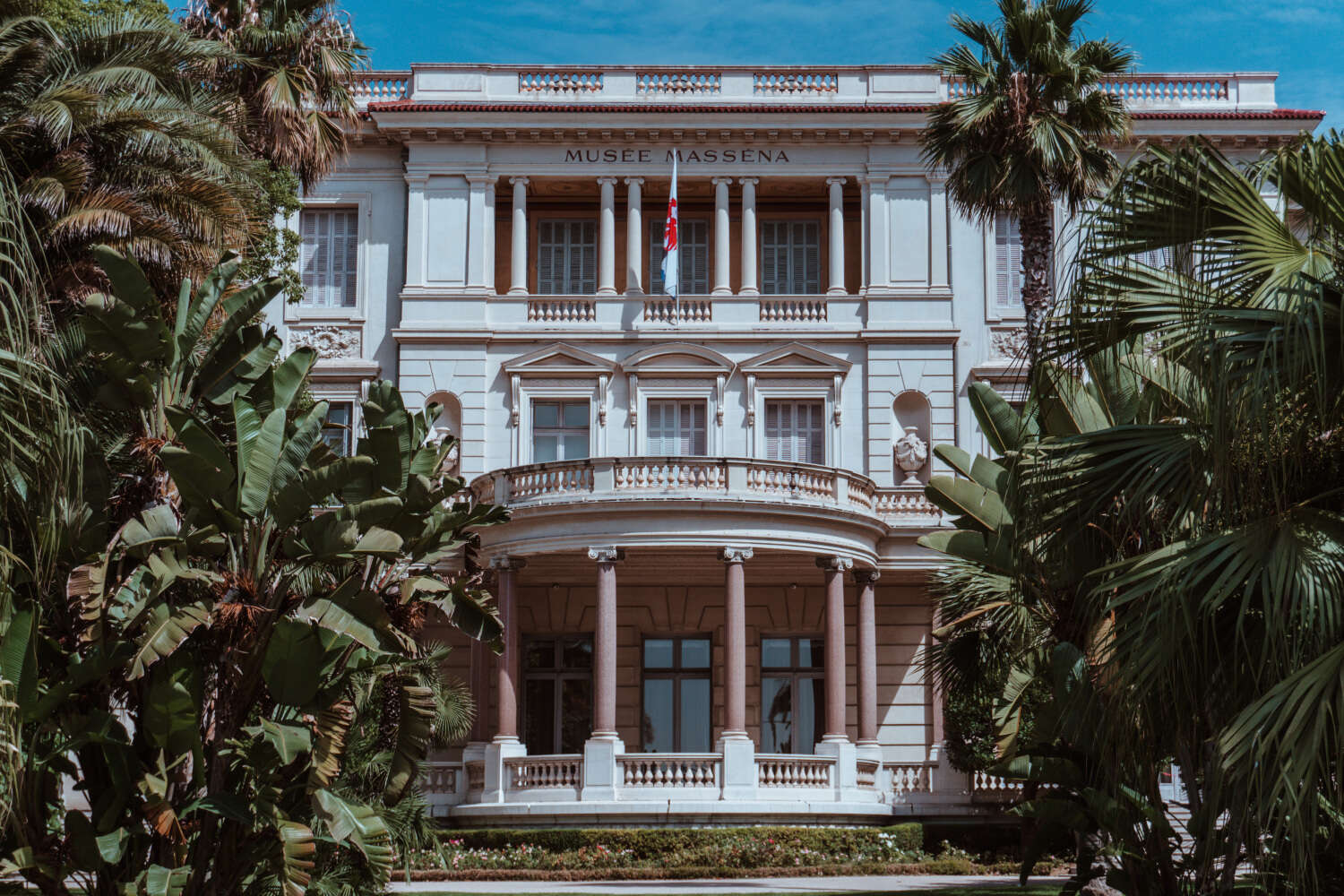 Come visit the Negresco Hotel, located directly opposite the Massena Museum, which is considered to be one of the best hotels in the world and looks like a real palace inside. At the entrance, a doorman meets you and, in order to take a walk around the extravagant hotel-museum, you can say that you came to the bar. The price of coffee starts from € 7, cocktails from € 22, but in such places, the price includes an unusual and unique atmosphere. 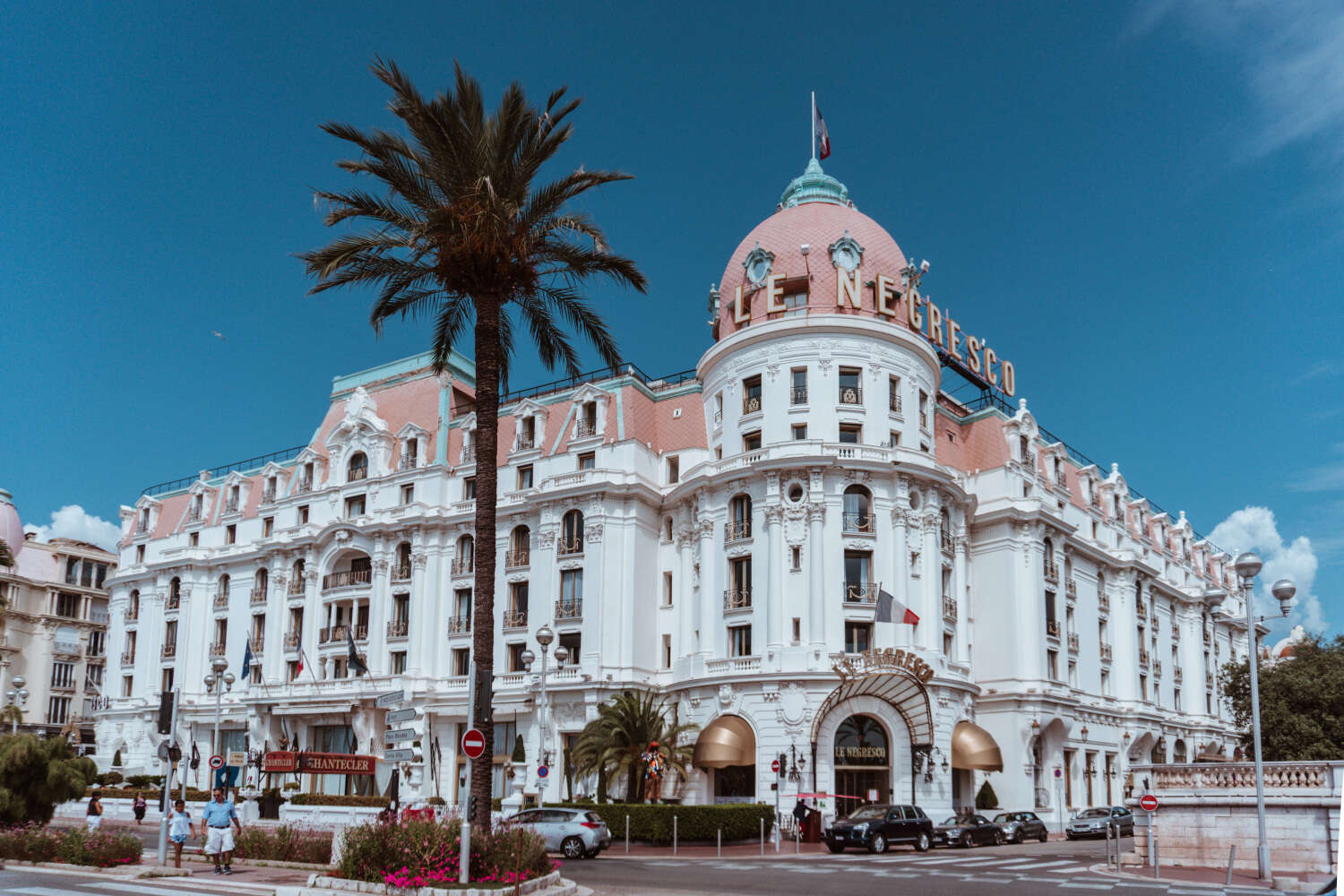 After a review of the luxurious interiors, it's time to relax, and the Promenade du Payon is suitable for this. This is especially true on hot days, because here you can hide in the shade of plants and trees, catch splashes of fountains and admire the reflective pool, and families with children can relax on the playground. 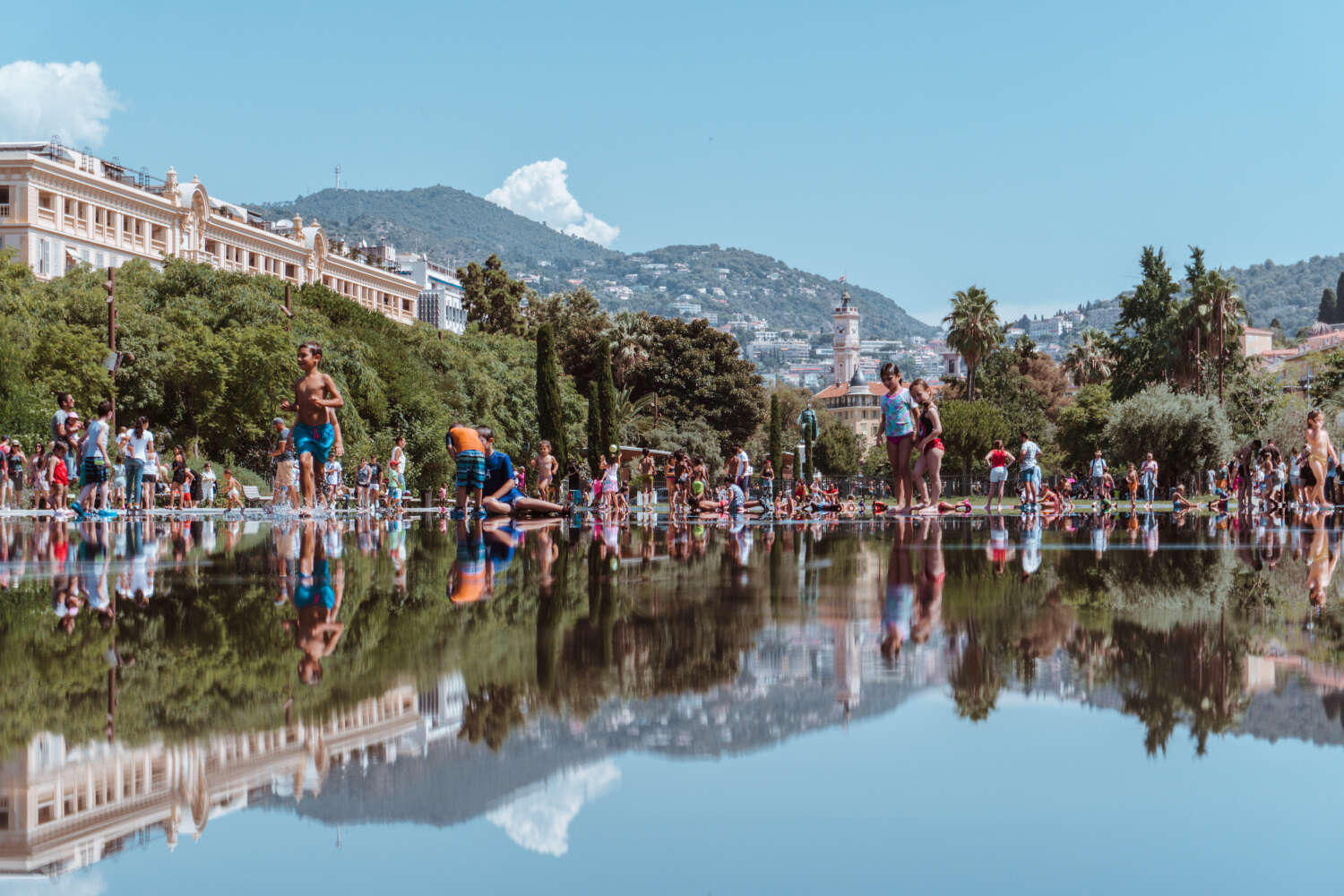 Fans of the cultural life are advised to go to the Opéra de Nice. The landmark historical building was opened in 1885, and since then you can watch opera or ballet in the concert hall with a luxurious interior, as well as listen to classical music. Ticket prices start at € 15-20. 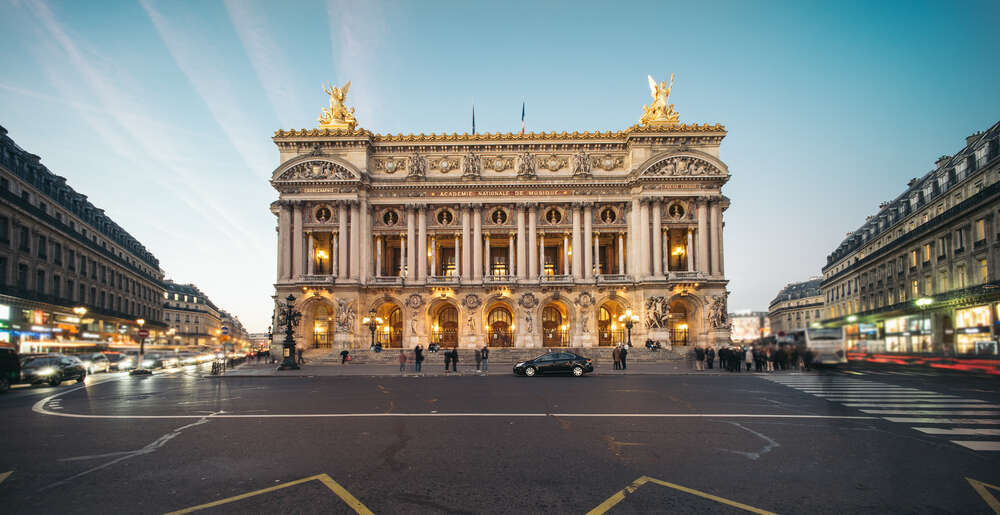 Next to the opera, there is the main cathedral of Nice (another name is the Cathedral of Saint Reparata) in the Baroque style, but the largest church is the Basilica of Notre Dame de L’Assompsion in the Neo-Gothic style, known for its twin towers and bright stained glass windows. 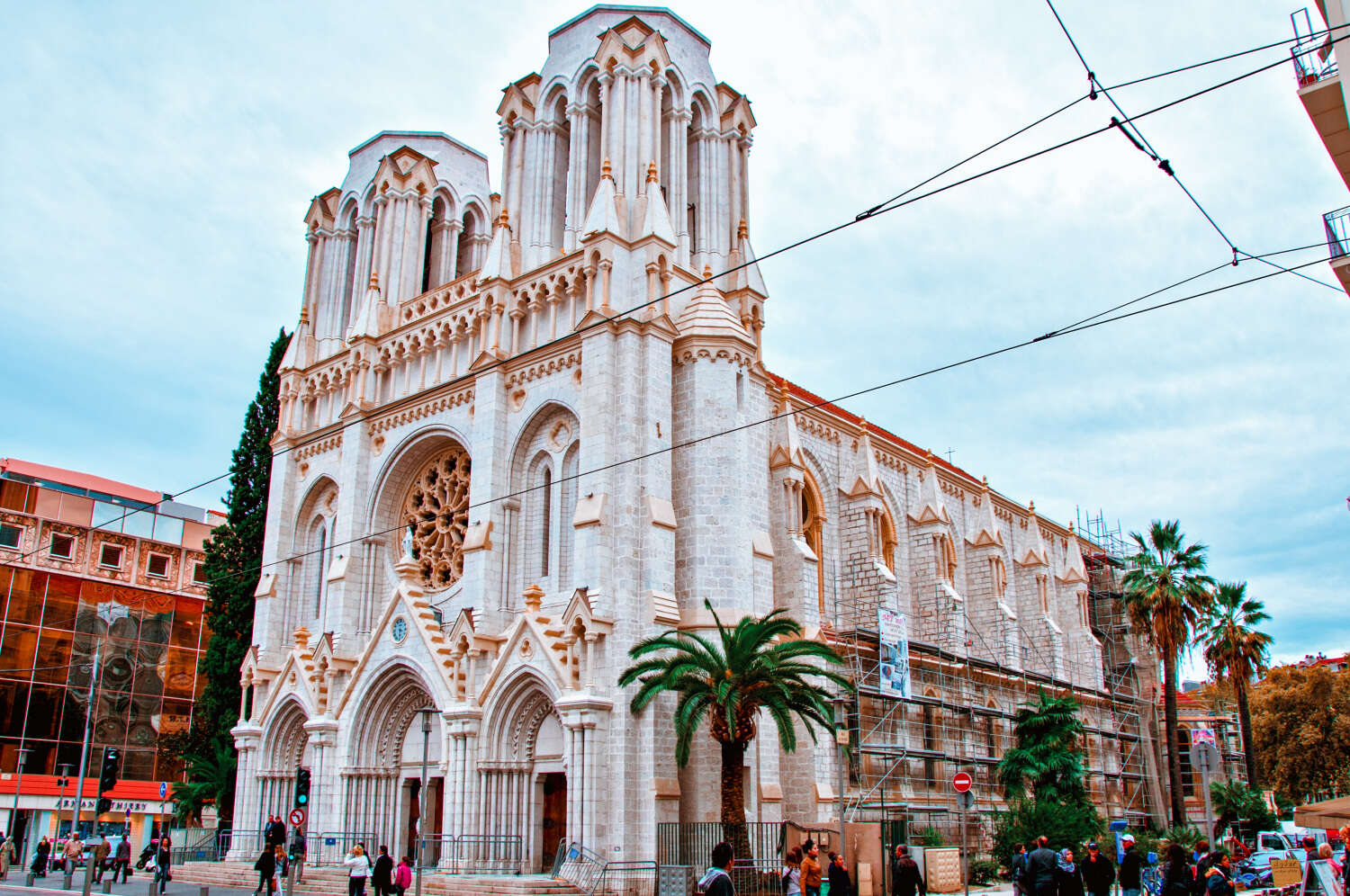 Fans of painting should visit the National Museum of Marc Chagall, which was created in order to collect his most important biblical works in one place. The museum is open daily (except Tuesday) from 10:00 to 17:00 (November - April) or from 10:00 to 18:00 (May - October). Tickets cost € 8 (including an audio guide in Russian, English, French, Italian, German, Spanish, Japanese or Chinese). Entrance to the museum is free on the first Sunday of every month.

The most beautiful views of Nice and the coast

Far from the center, there is one of the most unusual areas of Nice - Cimiez district. You will find here the Matisse Museum with the works of the famous artist (entrance by Pass Musées de Nice), the ruins of the Roman amphitheater, as well as the monastery of the 800s with beautiful gardens. 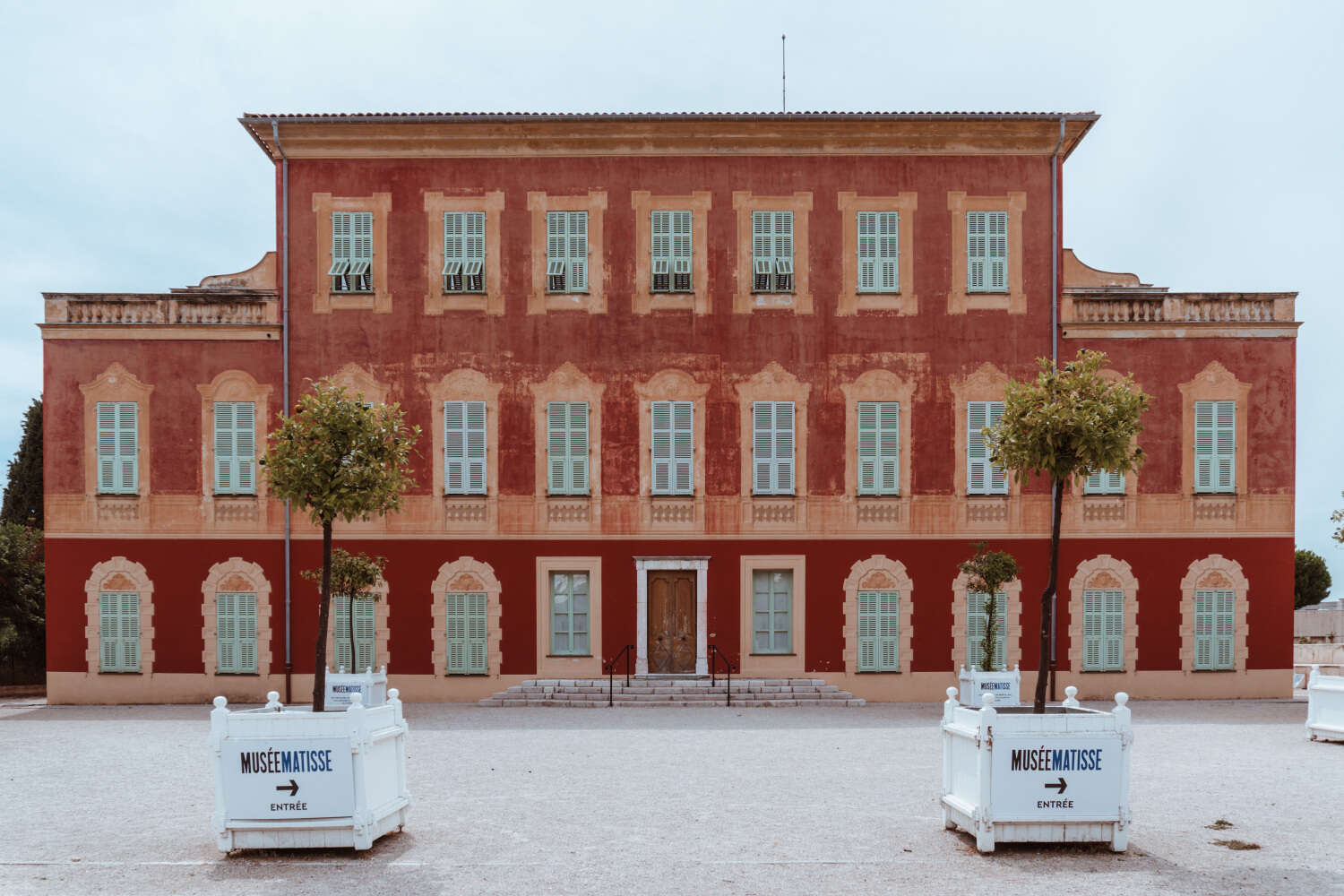 For a panoramic view, go to the historic Castle Hill Park (Colline du Château), from where you can view all of Nice from a height of 92 meters. In addition to the ruins of the defensive walls, there is an artificial waterfall on the hill as well as an elevator in the rock, which anyone can use. It is curious that in many cities on the Cote d'Azur the elevator is considered to be free public transport. 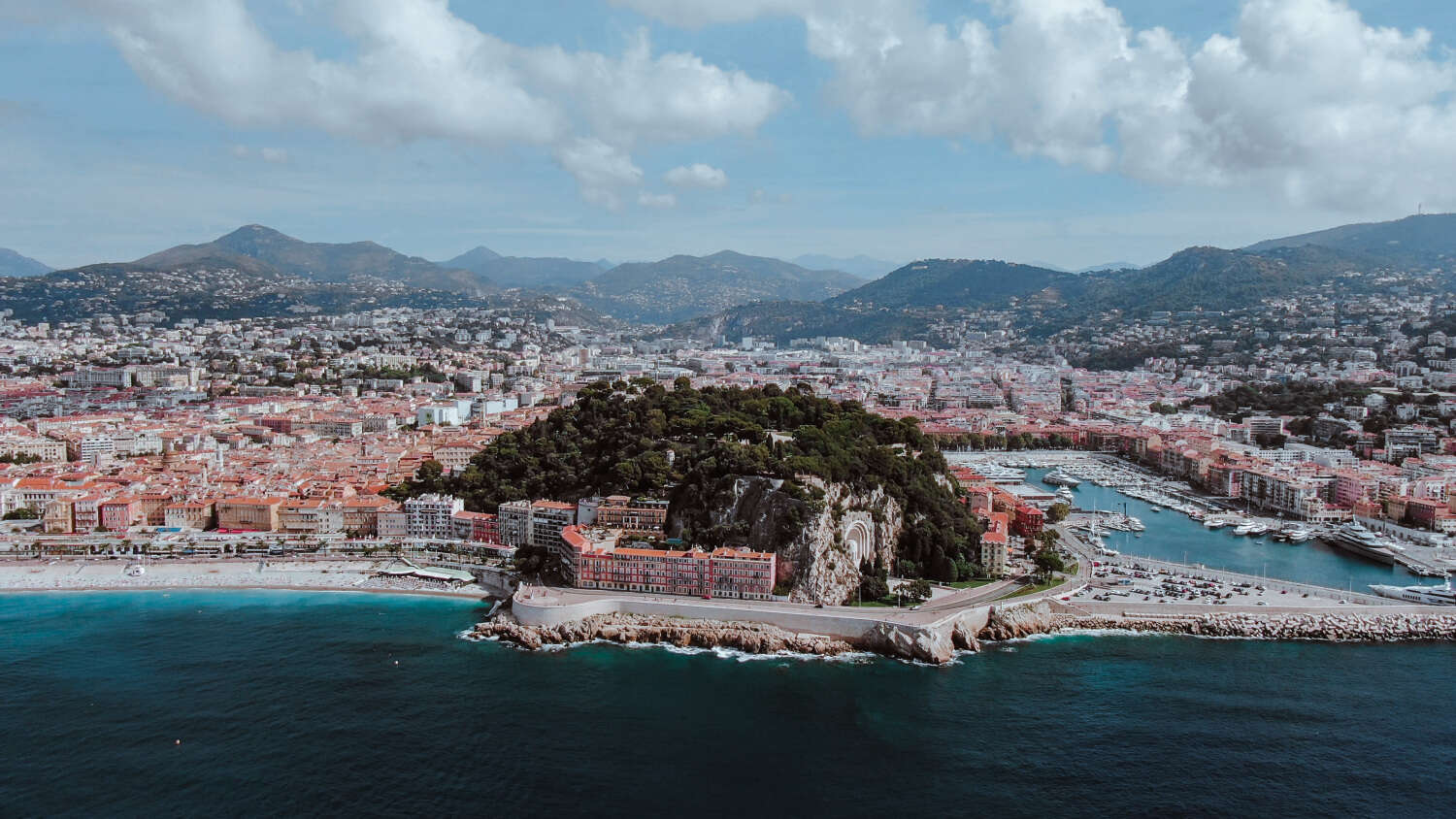 Another observation deck with the best view of the embankment is located on the descent from Castle Hill a little further than the waterfall - this is the Bellanda Tower. It is decorated with ceramic mosaics with ancient Greek motifs, but travelers come here for the terrace, which offers a magnificent view of the city. 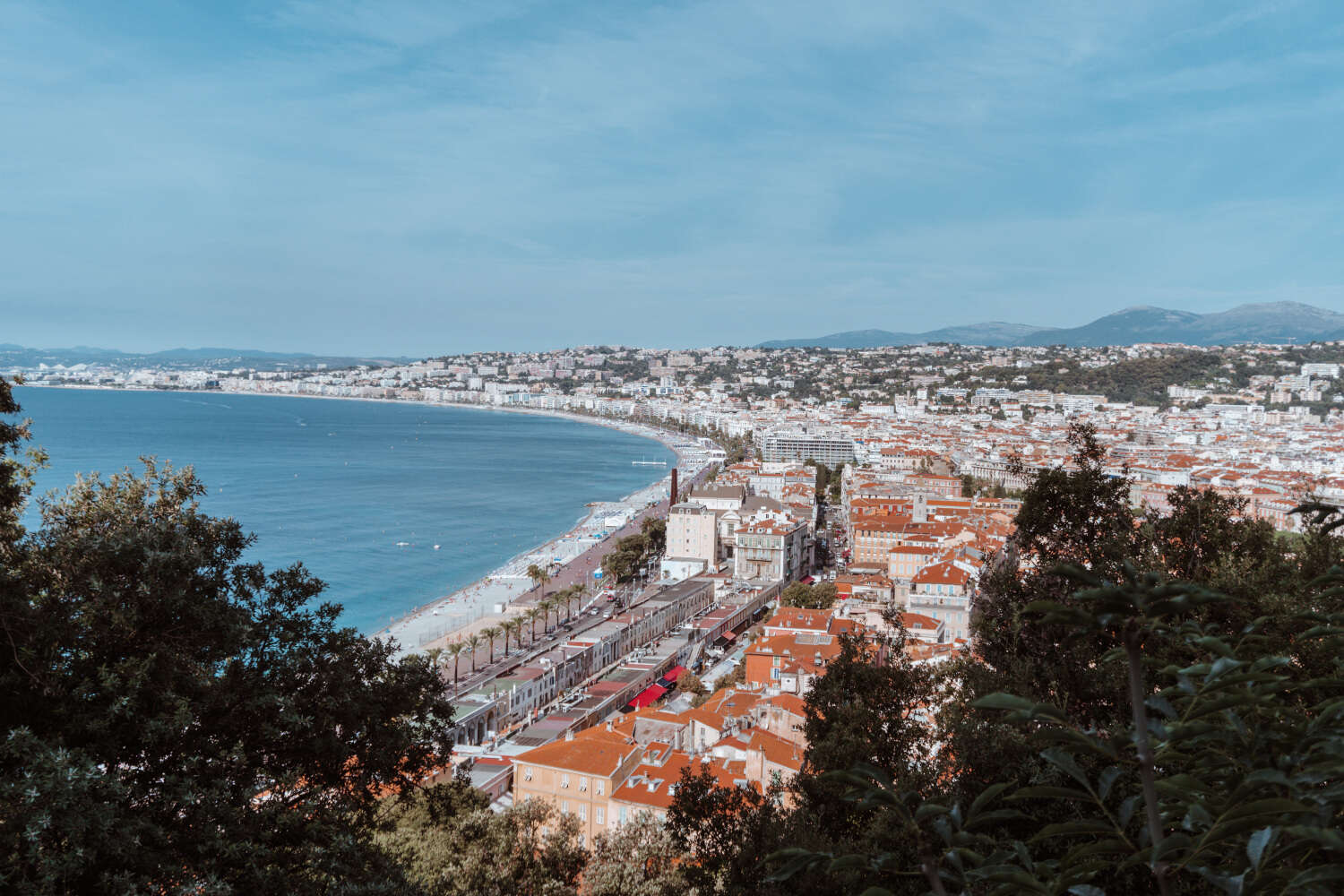 The next attraction of Nice is Fort du Mont Alban, which is located on a hilltop 220 meters above sea level. From here, you can enjoy stunning views not only of Nice and its environs, but also part of Italy, and even Corsica can be seen in cloudless weather. The fort is open to visitors daily from July 15 to September 22 (except August 15), but a 1.5 hour tour is only in French. The entrance ticket costs € 5, for students and seniors - € 2.5, for children from 7 to 18 years old - free of charge, but children under 7 years old are not allowed to enter the fort. 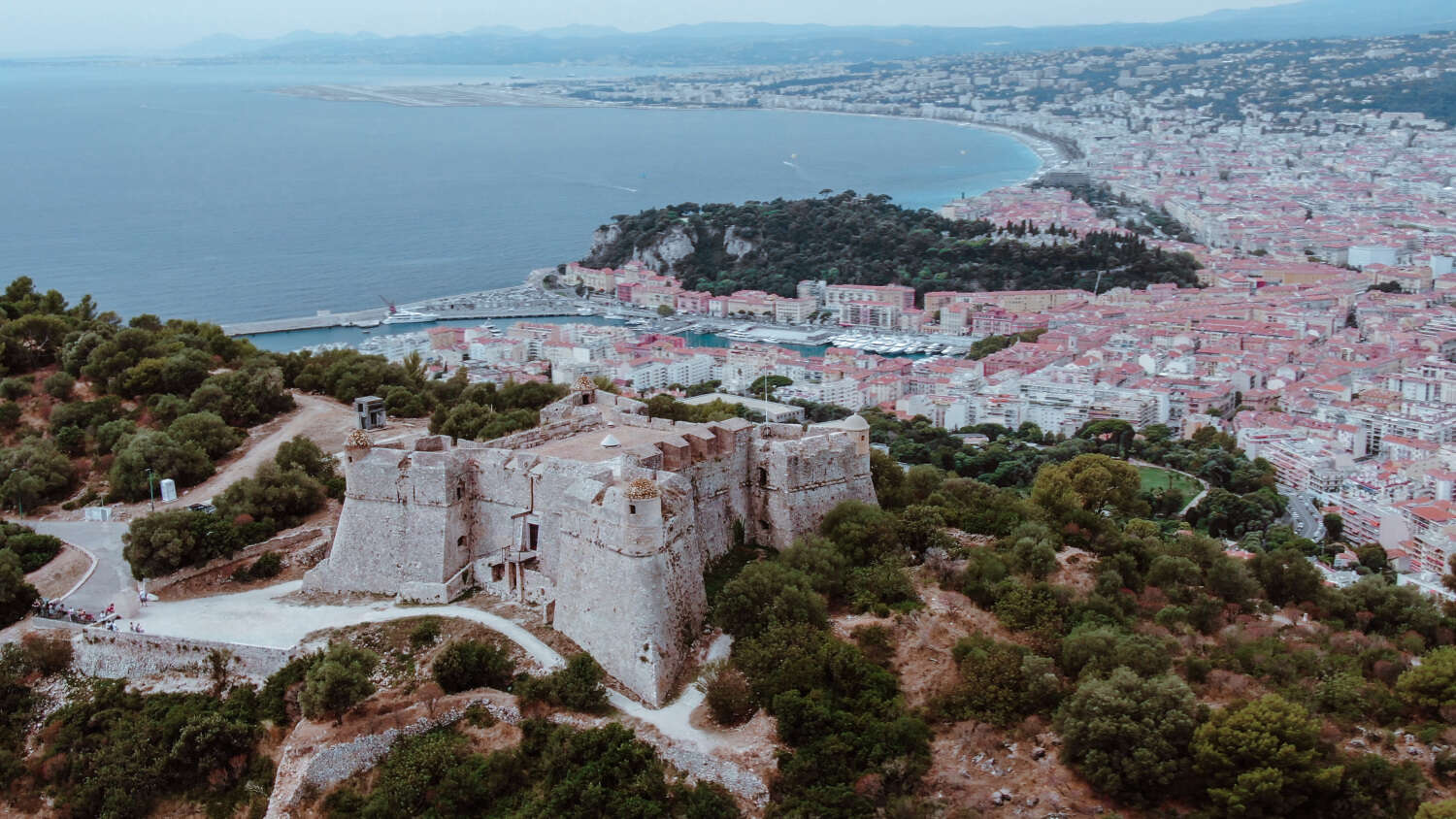 In the evenings, locals and visitors love to stroll along the coast along the Promenade des Anglais, one of Nice's most popular streets. The length of the promenade is as much as 7 km, but along the way, there are many shops and cafes where you can relax and enjoy the Mediterranean landscapes. 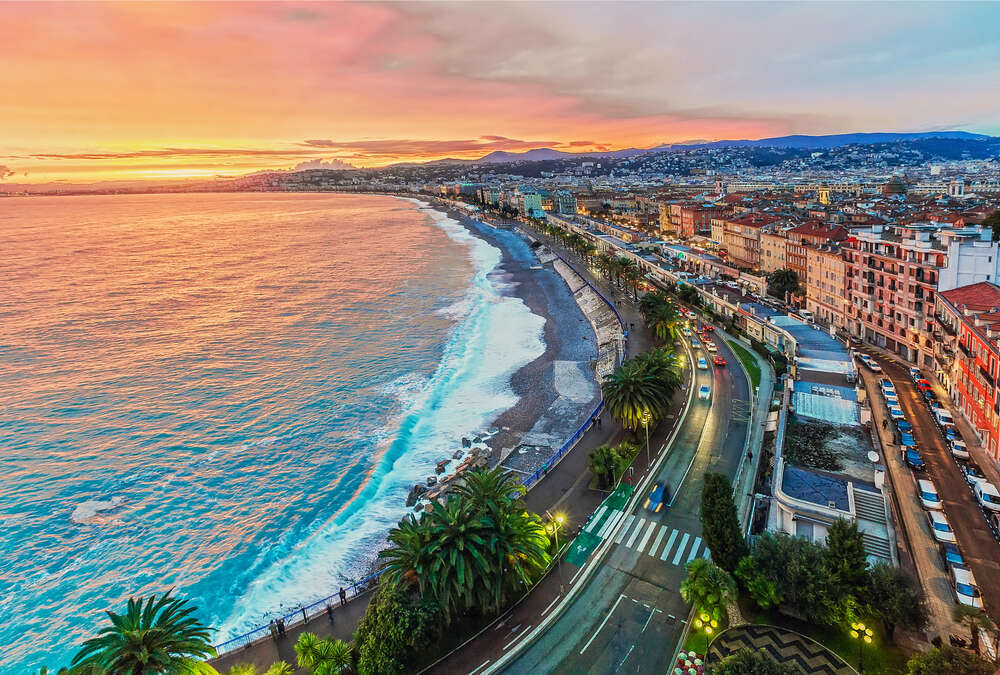 Would you like to visit as many attractions as possible, but not spend all your savings? Then we advise you to purchase a city card called The French Riviera Pass, whose effect extends to other cities of the Cote d'Azur. The cost of the card is only € 26 for 24 hours/€ 38 for 48 hours/€ 56 for 72 hours for more than 60 offers - from visiting the most popular attractions to boat trips or segways, just keep in mind that some activities must be booked in advance.