The Labyrinth of Death, or How Much Money Does It Take to Become a Shaolin Monk

Thanks to Panda Kung Fu, films with Jackie Chan and Jet Li, many people dream of visiting Shaolin someday. Moreover, there is an opinion that the local monks keep improving the art of kung fu, can fly, break any objects with their heads and bring down crowds of fighters. And that a mere mortal is unlikely to succeed in joining the ranks of the chosen ones. Where is the truth, and what is fiction and fantasy?!

Travellizy Team will tell you what they actually do in the complex, why they practice kung fu and who got into the Labyrinth of Death.

A little bit of history

A Buddhist monastery is located on Mount Songshan in China. The complex was founded in 495 by a monk from India named Bato. Another Indian monk, Bodhidharma, significantly influenced the fighting technique, the life and worldview of those living in the monastery. Bodhidharma opened meditation to the followers, which turned the monastery into a center for spiritual development. 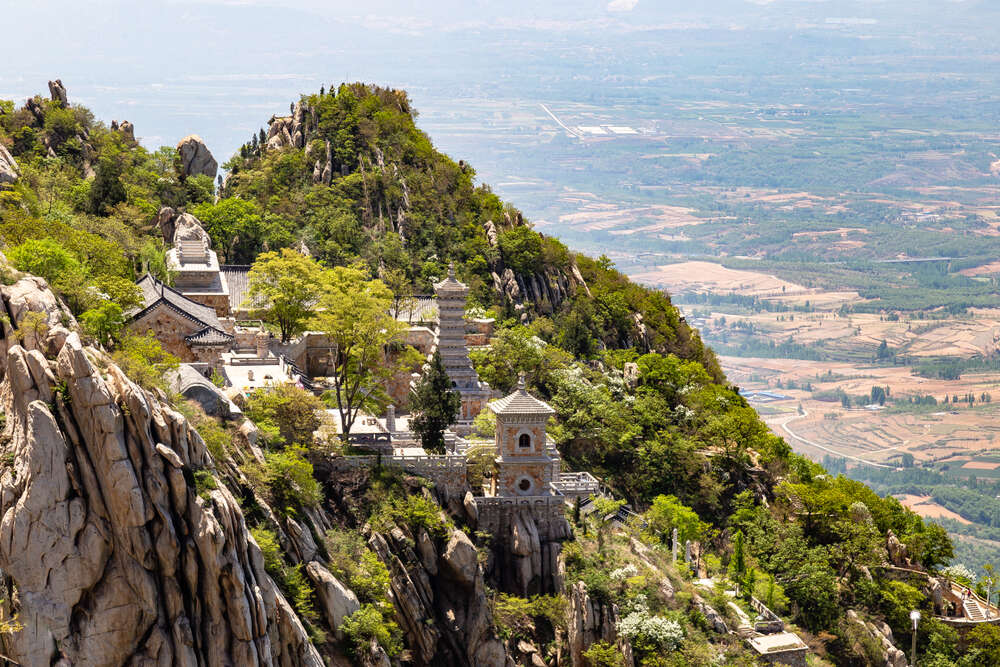 The buildings of the monastery suffered from severe fires 4 times. Only in the 70s of the last century, Shaolin was restored again. The modern complex is spread over tens of hectares. In addition to the main building, there is an academy, an observatory, and temples on the territory of the monastery. And today, Shaolin monks, hiding from prying eyes, study, meditate and practice here.

The modern look of the monastery

Today, the monastery looks more like a hyped landmark in the modern Chinese style. With a monastery complex in the center. Many restaurants, hotels, souvenir shops have opened around. Nowadays, Shaolin is a museum with no rituals and no martial arts classes.

Kung Fu is taught in martial schools around the monastery. These are commercial sports schools. That's where foreigners are taught the art of fighting at a very high level. Masters and students live constantly here and train hard. You don't need to be a monk. All students have the same haircut and wear clothing that resembles monk's clothing, although it's used simply for convenience.

The Shaolin martial arts are often referred to as "wushu" and "kung fu". What is the difference? In fact, these are synonymous words. "Wushu" = "martial art" and "kung fu" = "mastery".

But within the framework of Shaolin, wushu is a more capacious concept, which includes kung fu (self-defense and attack), wushu and qigong gymnastics, swordplay, spear wielding and fan wielding techniques.

Usually, local orphans from 4 years old get to sports schools. The children are turned into real fighters with amazing abilities. Having reached the age of majority, they decide whether to go into the world or stay here forever.

Every day for novices and students begins at 5:00 with meditation, gymnastics, dousing with cold water. Courses in religion, law, medicine and philosophy are held after lunch. It lasts for 3 years. After receiving the warrior's belt, the fighters begin to train even more than before. Students only eat herbs, grains, vegetables and beans. The day ends at 23:00. 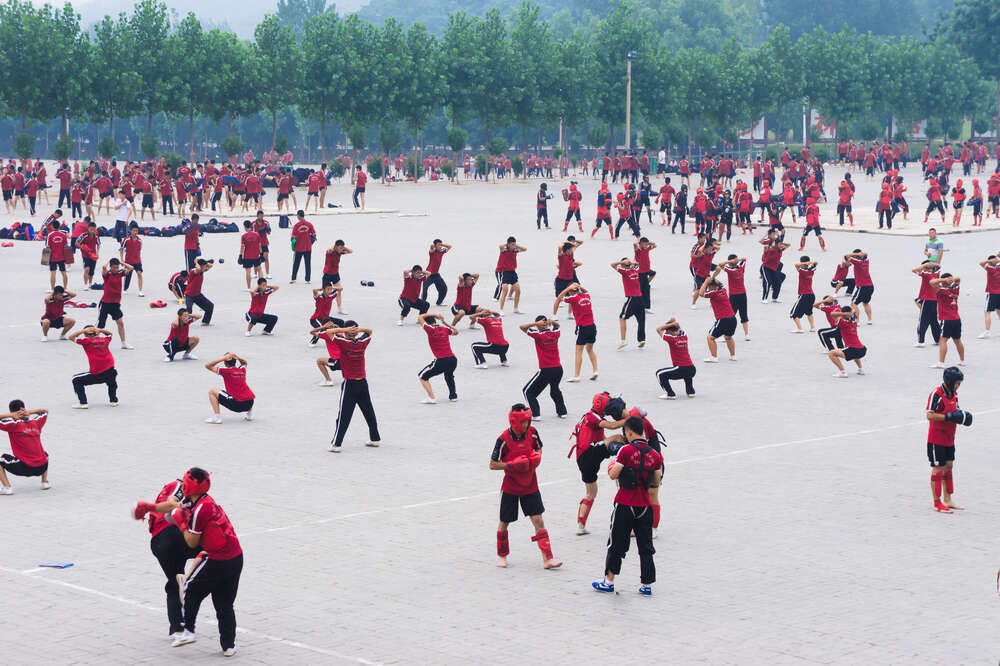 Every day, several hours are allocated for leisure. Everyone decides for himself what to do - meditation, learning languages ​​and sciences, or new training. Sports schools also have TV, computers and a library with a reading room.

How to become a student

Since it is not difficult to come to the complex today, many guests are disappointed, having high expectations, dreams and a bunch of stereotypes. Everyone wants to see warrior monks in action. Locals say that seeing a master at work means losing an arm, leg or head. But the real masters do not entertain the public, they are alien to it.

The thing you can you learn

That's what is received in Shaolin: the improvement of the spirit and the comprehension of the truth by improving the body and mind. Monks never start a fight first, they always only defend themselves and in real life do not fight other monks.

Today, Shaolin teaches foreigners from 7 days to 12 months. And only the Chinese who wish to join can complete the entire 8-year course.

Training lasts three, five and eight years. After three years, it is allowed to work as a coach and participate in competitions. Longer training goes into becoming an instructor or judge during a competition, an actor, a film fighter, and a Shaolin Master.

Legend has it that in those distant times, when the course of the Shaolin monk lasted 15 years, there was a "death exam" for the graduate. It was taken in stages.

At the first stage, knowledge of the theory of spiritual practices and martial arts was tested, after that they proceeded to tests of physical abilities. It was necessary to pull the string of a large bow, beat bricks and stones with fists and the ribs of the palms, lift stone weights.

The next stages were for reaction, intuition and speed. The monk entered a semi-dark room, sat in the middle of the room in meditation. His task was, without moving, to dodge or intercept the knives and spears thrown at him. 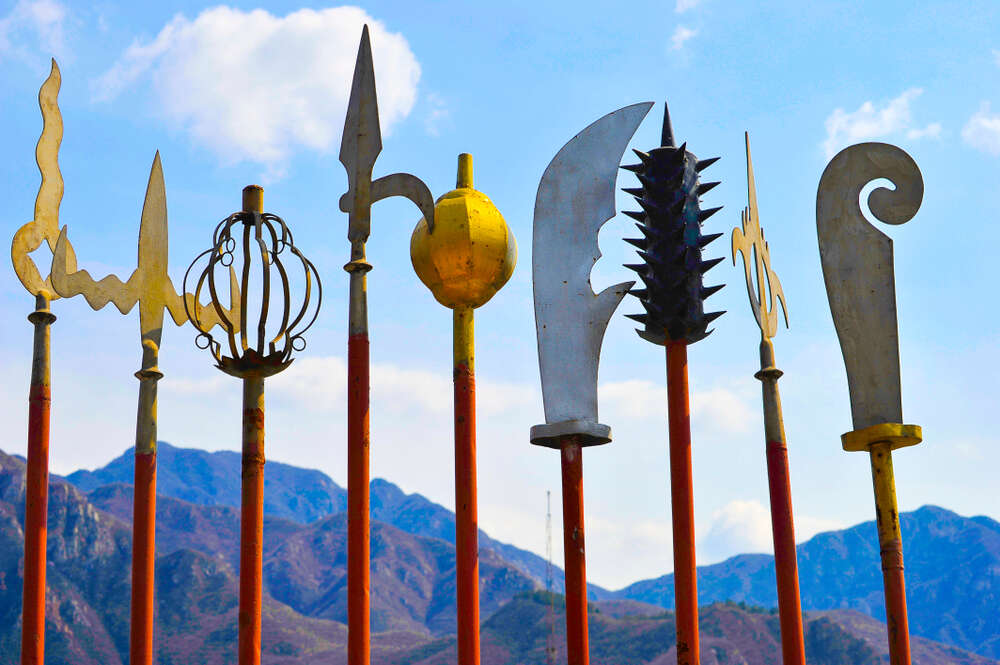 Martial arts skills were tested in a room with a dozen armed fighters, while the subject had only a bench. The final of the exam was the Labyrinth of Death with dangerous deadly traps, deep pits, flying knives and logs. At the exit from the labyrinth, there was a huge container with hot coals, and in order to move it, they had to press tightly against it. After such a test, two marks remained on the body: a dragon and a tiger. And the graduate became the Master of Life and Death.

The prices for stay and tuition differ in each sports school. We are telling you the approximate cost for a general understanding of the issue.

Things to see in the Shaolin Valley

Since the monastery has recently been revived, all buildings are modern. The only historical place is the Forest of Pagodas, where the abbots found their last rest. 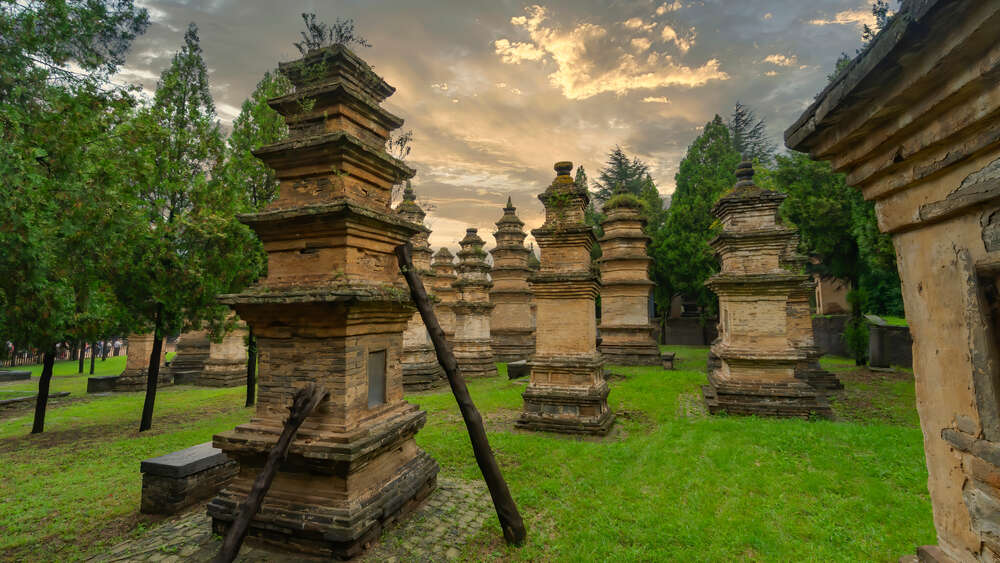 The Shaolin Valley is surrounded by a mountain system. Right opposite the monastery, there is the mountain of the Reclining Buddha. Behind the complex, there is a mountain range Five milk peaks with a monument to the founder of the monastery and a pagoda. There is also a cave where Bodhidharma meditated for 9 years. The entrance to the cave is guarded and tourists are not allowed there. But travelers assure that the guard can be persuaded.

A stone with a reflection of the founder is kept in the temple on the territory of the monastery. It is believed that his face was imprinted on the stone after long meditation.

Having arrived here for a short time, try to participate in martial arts classes with masters from Shaolin schools, visit a temple and see a kung fu performance.

How to get to the monastery

To come to the monastery, an independent traveler needs to get to Beijing. Then by plane to the small town of Dengfeng. It is 30 km from the monastery. From here, the bus will take you to the attraction for € 2.

It takes 8 hours by bus from Beijing to the monastery complex. The entrance to the complex costs € 14.

Monks have been reluctant to reveal the true secrets of Shaolin to foreigners. Therefore, you need to work hard and long to gain the trust of local masters. 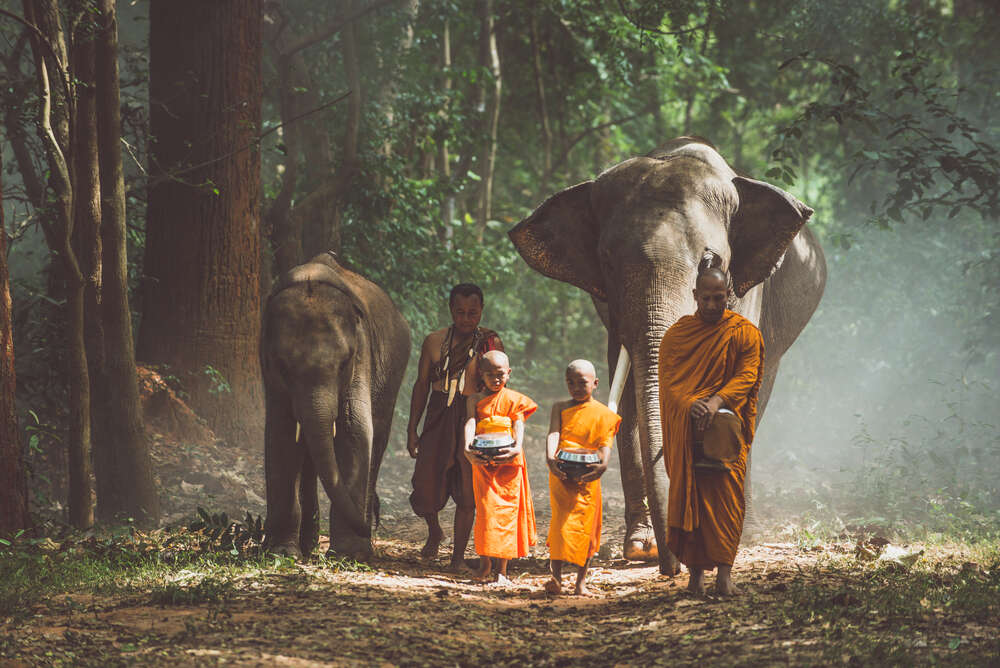 How much do you have to pay to become a monk? Wise people answer: from 15 years of life. You cannot get a unique experience by paying with only money. When asked where the Shaolin Monastery is actually located, the monks once answered: It is where you are. Travellizy Team wishes everyone to find their own Path and Truth.