Dust and flags: what to see in Kathmandu, the capital of Nepal

This is the city that Benedict Cumberbatch in the image of Doctor Strange walked around, the city for which Armen Grigoryan, the vocalist of the “Crematorium”, can punch in the face. This is the city in which, turning around the corner, you can easily travel from the XXI century to the XV. All this and much more - in Kathmandu. The capital of Nepal can charm at first sight and is clearly worth more than a cursory inspection on the way from the airport to the Himalayas. Of course, in this case, it will not be amiss to know the places and realities. Travellizy Team is ready to surprise you.

Between Thamel and freaks: housing in Kathmandu

How much you enjoy Kathmandu depends on the area you live in. Three most popular among tourists in the city are Thamel, Freak Street and Balajutar. 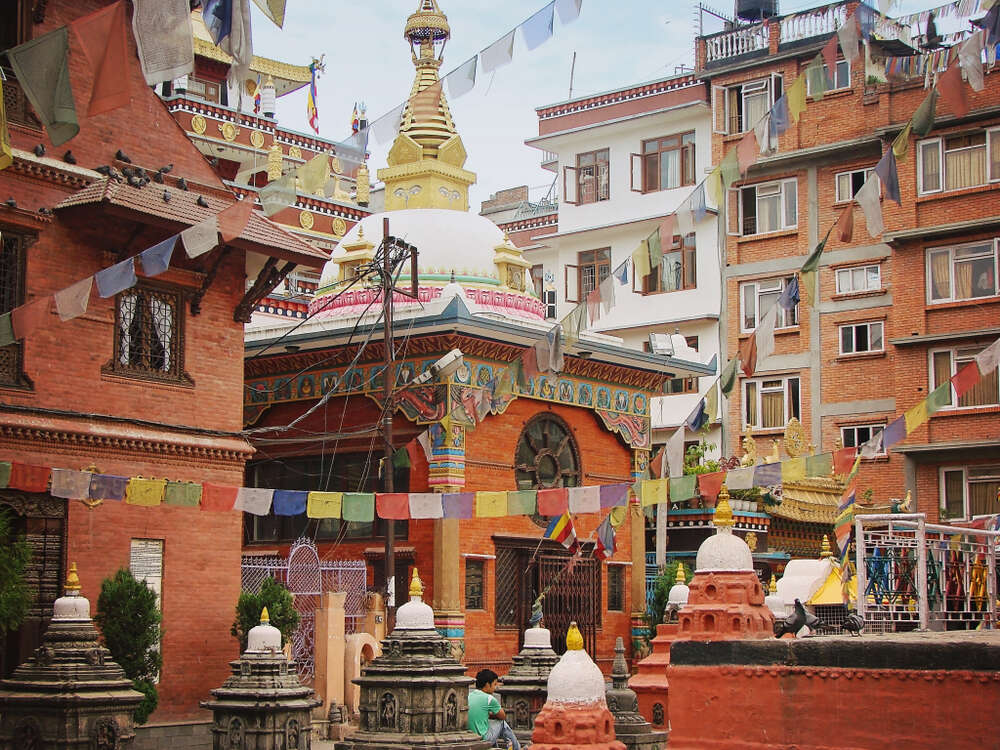 Thamel is the heart and soul of Kathmandu. Most hotels, cafes, gift shops are located here. We can say that the whole Tamel is a huge souvenir market. Here, under countless flags with mantras fluttering in the wind, you can find everything from singing bowls to trekking poles, from magnets to mountain backpacks, from prayer beads to climbing boots. From here, it is easy to walk to the central Durbar Square, it is very interesting to walk along the colorful picturesque streets, and it is easy to make new acquaintances in local coffee houses and bars. 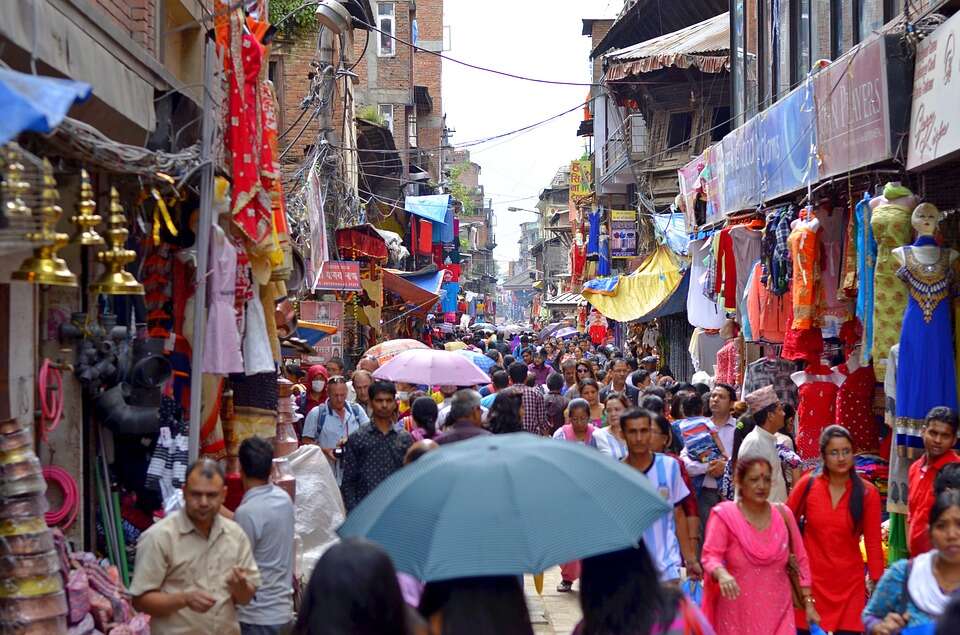 The disadvantages of life on Thamel are noise and dust. There are always a lot of people here, many establishments begin to outshout each other with music in the evening. In addition, budget housing may not have windows or they may go directly to the wall of a neighboring building. 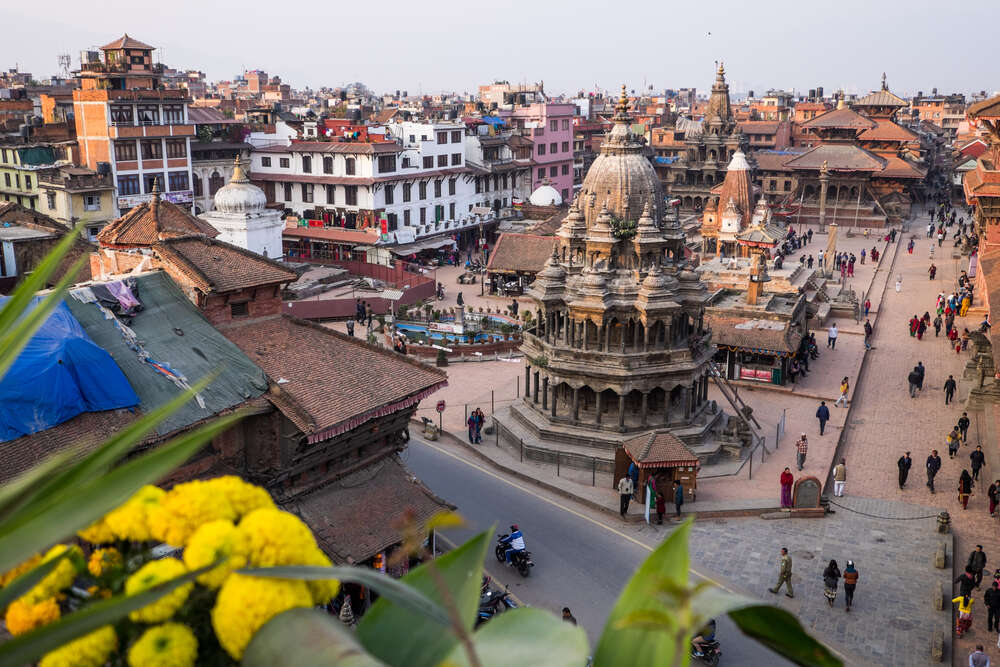 Freak Street is the former "hippie street", where the most colorful foreigners used to settle. There are fewer establishments and shops here than in Thamel, but it’s calmer. Freak Street is located next to Durbar Square, and this is its main plus. 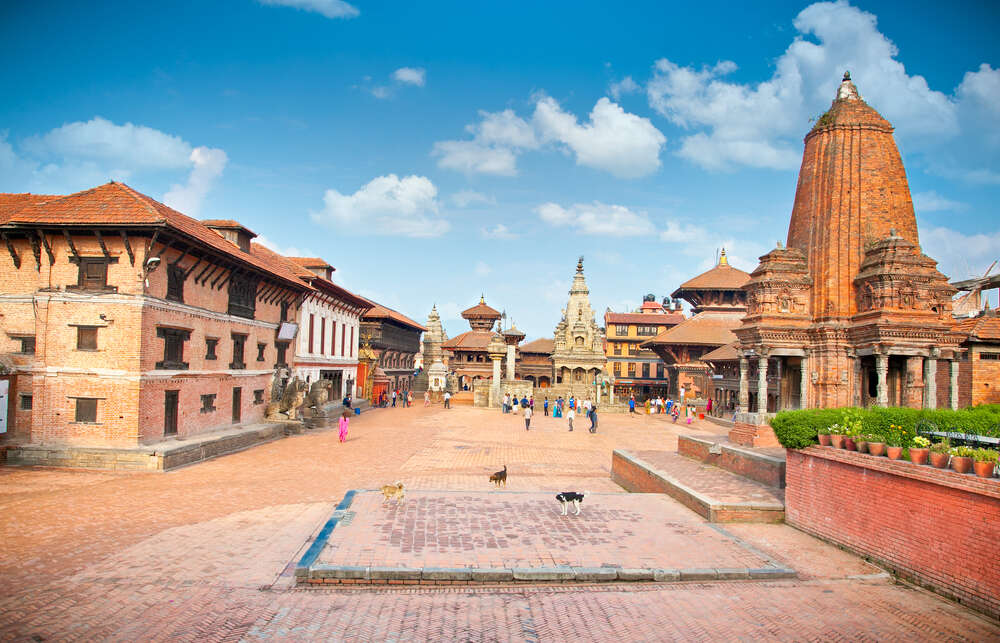 The disadvantage of Freak Street is poorly developed infrastructure compared to Thamel. If you live here, the choice of cafes and restaurants will be small, as well as gift shops. You will have to go for all this, but don’t worry, the center of Kathmandu is compact, and the way from Freak Street to Thamel takes about 15-20 minutes. 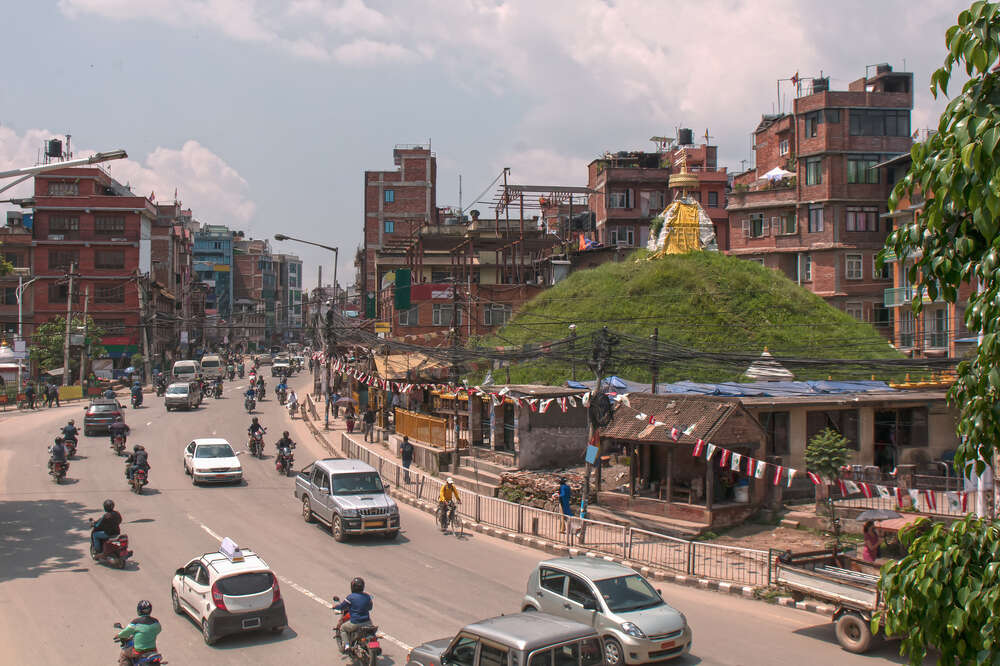 Balajutar is the northwestern Kathmandu region, located beyond the ring road. It is quiet, calm, there is much less dust, and most housing options are cozy two-story houses in which the owners themselves often live on one of the floors. Living in Balajutar is a great option for those who want to socialize with Nepalese and not fall asleep every night to karaoke sounds.

The only disadvantage of the district is its remoteness from the center, which means from shops and cafes. You will have to get there by taxi or rumbling minibus. But given the scale of the city, it will take 15-20 minutes without traffic jams.

The cuisine of Nepal is modest, but tasty, and in the capital, you can find establishments not only with national dishes, but also many cafes of European and Asian cuisine. Most cafes and restaurants for foreigners, as already mentioned, are concentrated in the Thamel region. 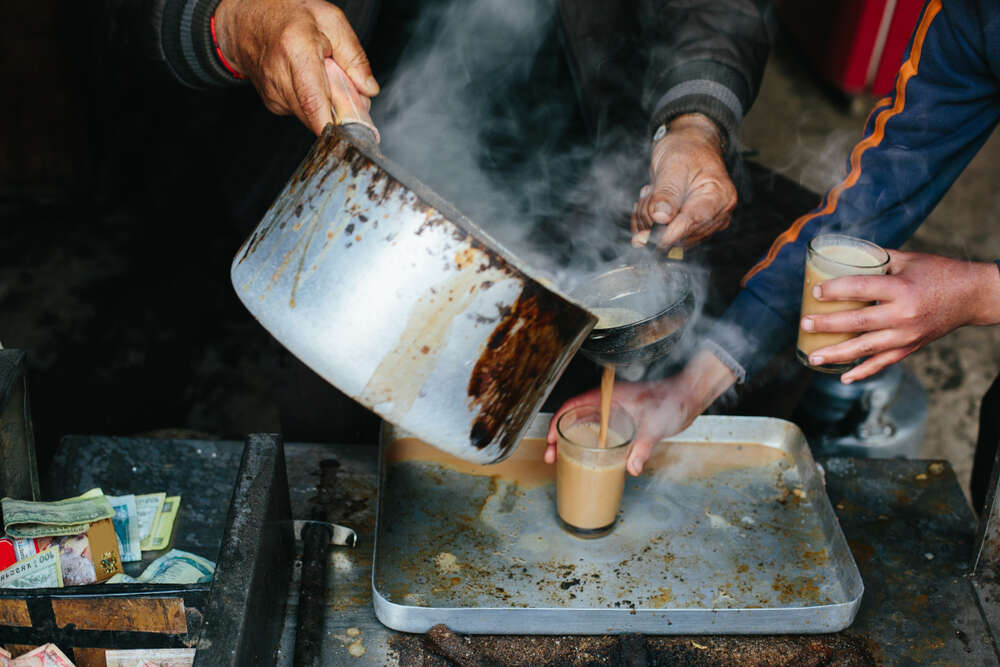 Few people know, but Nepal has its own coffee, and it is very good. It is served in many places, but for the most fragrant Americano and the most airy cheesecakes, go to the coffee houses of the Himalayan Java network. The interior and menus are familiar to the European, but the prices are Nepalese low.

Baking is another type of food that Nepal does not associate with, and which is very tasty here. Make sure to try the specialty of Nepalese bakers - apple pie. In many bakeries after 19:00, they make a 50% discount on everything that they did not sell in a day, but hurry up, by this time there may be a queue, and by 20:00 you risk seeing only crumbs on the shelves.

Traditional Nepalese food: a thick, rich thukpa soup, dumplings with different filling, momo, rice with lentil soup and dal bhat. The portions in Kathmandu cafes are very generous, and you should drink it all with strong black tea or ginger lemon honey, a hot drink of water with ginger, honey and lemon. 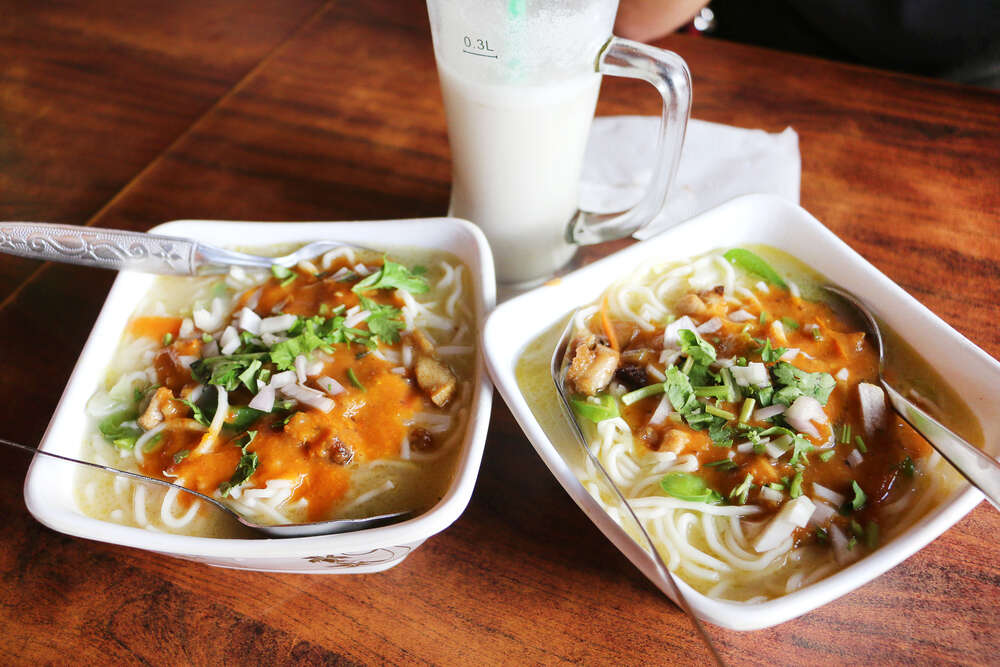 Street food in Kathmandu is worse than in Bangkok or Kuala Lumpur, but they still have it. This includes mainly tarts and pancakes fried in oil, and lassi, the famous milk drink. Street stalls with this Nepalese yogurt in the area of Durbar Square can easily be identified by the huge crowds of locals. But do not ease up too much on street food, no matter how tasty it may be, your European stomach may react in an unexpected way. 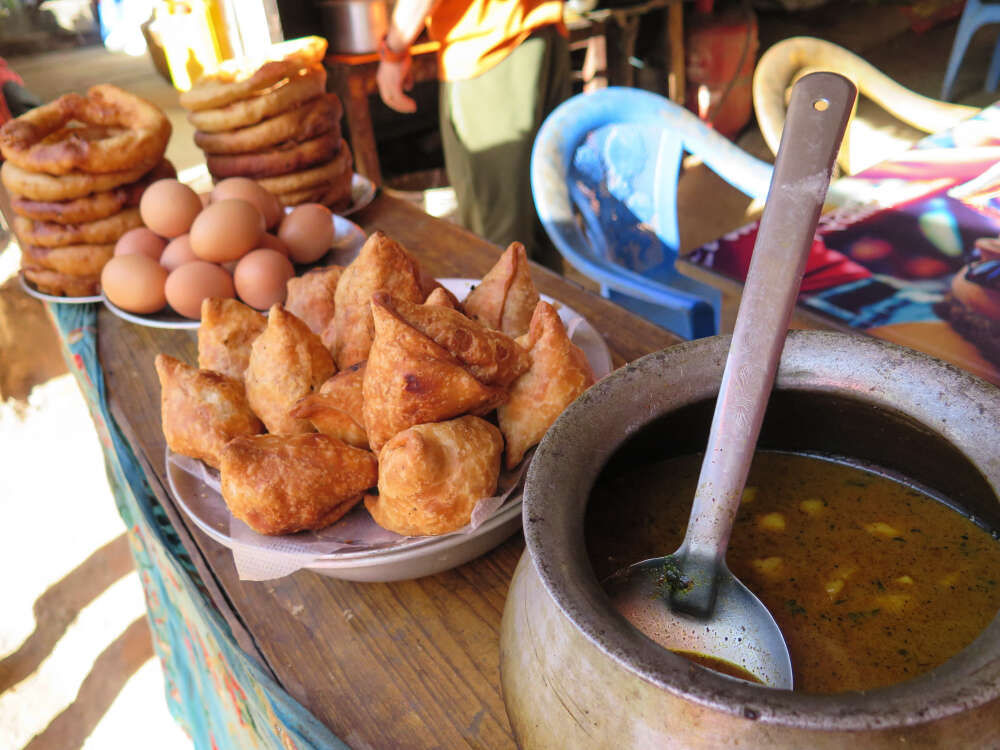 There are a lot of small temples and shrines in Kathmandu and throughout the country, but three of them deserve special attention.

The temple farthest from the center stands on Swayambhu Hill in the northwestern part of the city and is called the Monkey Temple. This is a popular destination among locals, tourists and tailed thieves. Monkeys in Nepal are calmer than their Indian counterparts, but still it’s worth hiding everything brilliant and edible. Note that you will have to climb the long stairs to the temple, but upstairs, you will find not only numerous stupas, prayer drums and flags with mantras, but also a breathtaking view of the city. Entrance to the temple costs € 1.6 if you enter from the east, and free if you climb the hill along the path from the north. 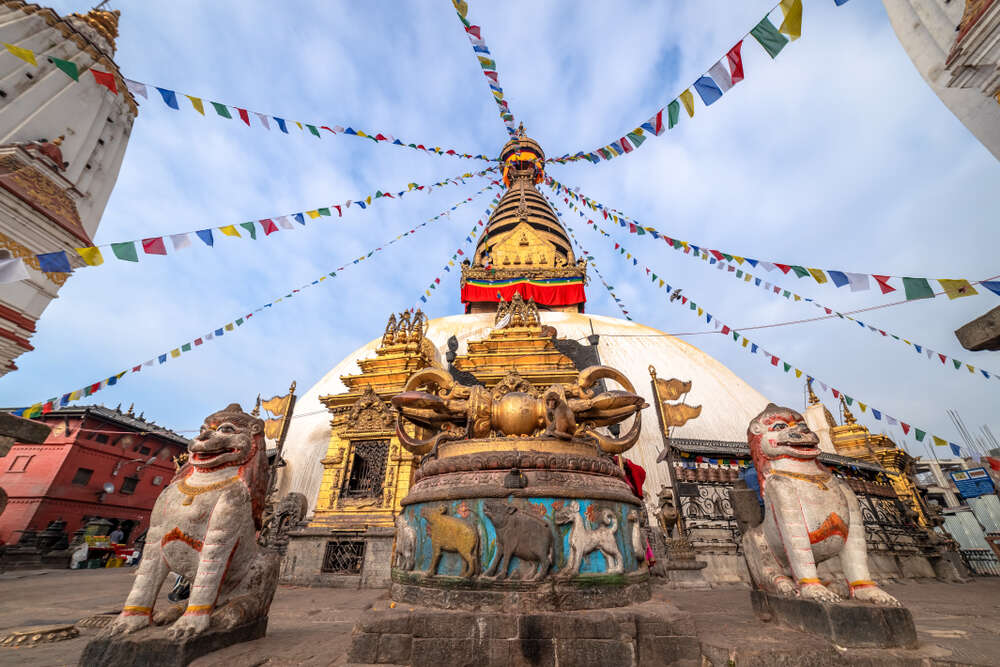 Would you like to see the biggest stupa of Kathmandu? Then you should go to the eastern part of the city - to the Boudha temple. You won’t have to climb anywhere here, and the color is no less than in the Monkey Temple. The snow-white stupa looks especially impressive at sunset, when the rays of the setting sun paint it pink-red. 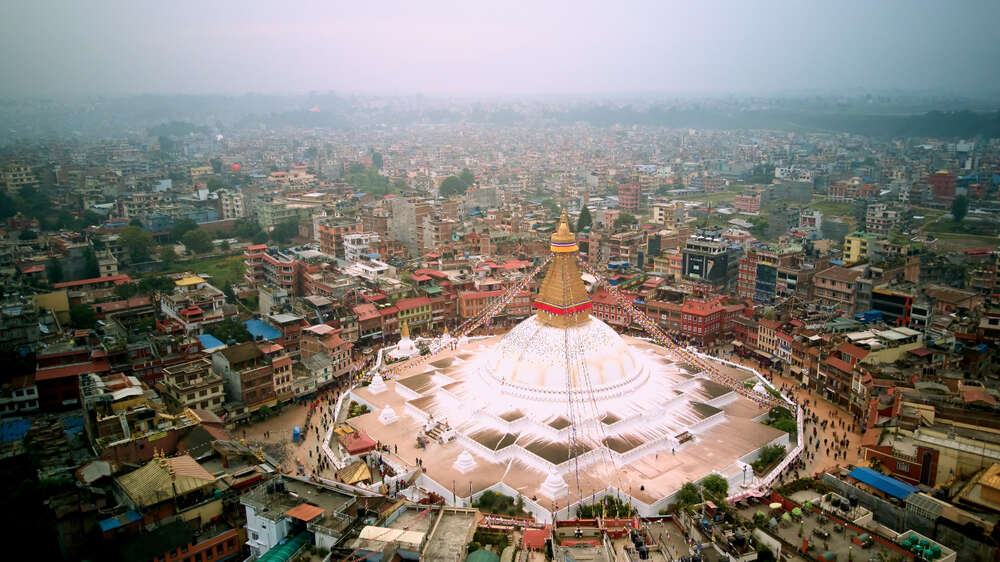 The Pashupatinath Temple is not a place for the faint of heart, because here on the traditional Hindu ghats, they burn their deads. Next to the ghats, there are beggars-sadhus, with whom you can make a very spectacular photo for a small offering. And do not be too lazy to walk around the territory, Pashupatinath is a large complex with many interesting buildings and courtyards. And directly opposite on the hill, you will find Gorakhnath, the Shiva temple with hundreds of stone lingams, on which the ubiquitous monkeys cheerfully jump. The entrance to the complex costs € 8. 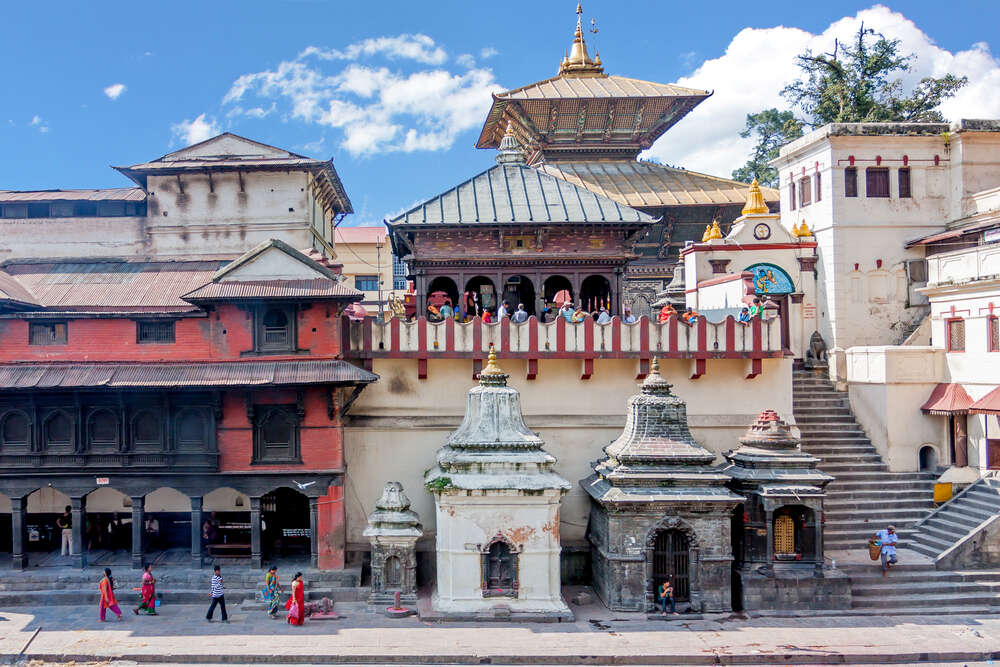 Durbar Square: the city center and the house of the living goddess

Not so long ago, the central square of Kathmandu was seriously affected by the earthquake, so now many of its buildings are still surrounded by scaffolding. But still, it is worth a visit to admire the Hanuman Palace, sit on the steps of the Taleju or Maju Dega Mandir temples, look into the Royal Museum and buy some old little thing at the market. 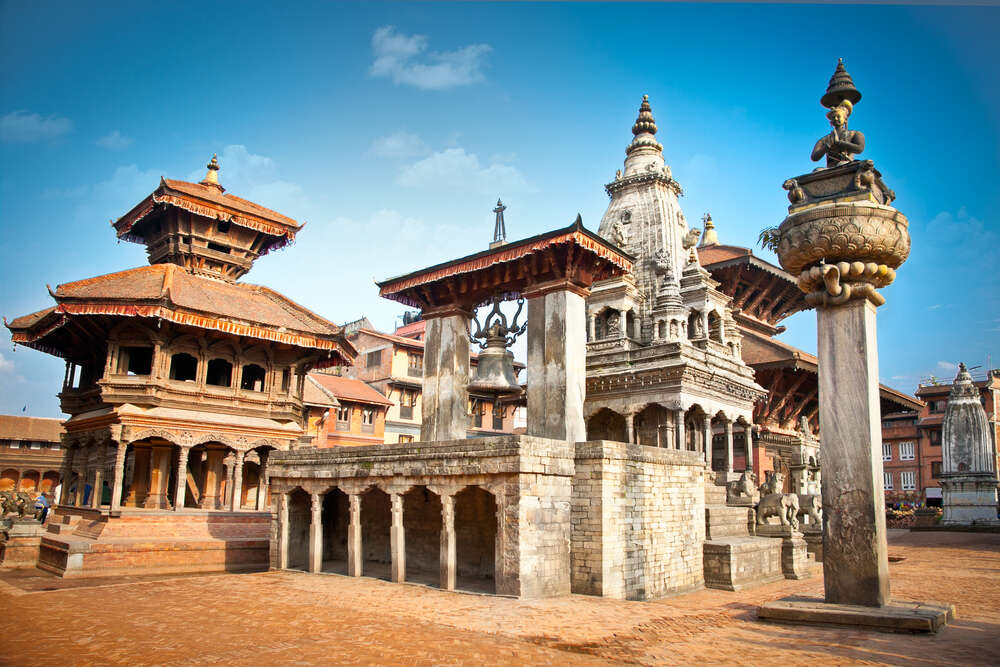 But the most interesting building on Durbar Square is the House of Kumari, the living goddess. Nepalese believe that the deity lives in the body of a little girl, who is selected by complex astrological calculations every time and is considered to be the "home" of the goddess until the first menstruation. Every day, Kumari honors ordinary mortals with her appearance. True, sometimes the young goddess is not in the mood, so she may not respond to the calls of people crowding in a small courtyard. 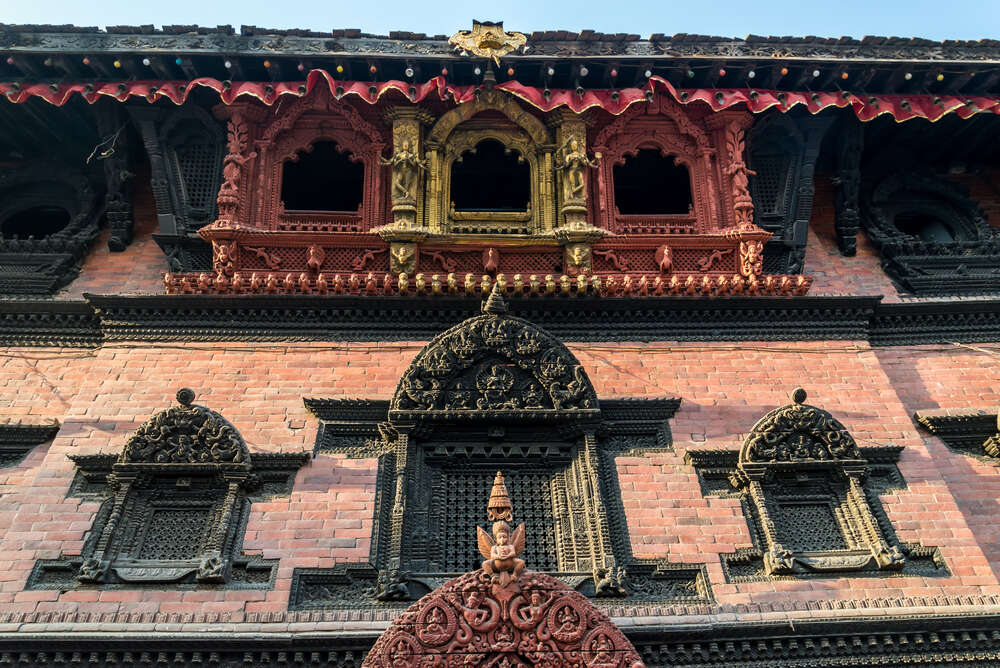 An entrance ticket to Durbar costs € 8 and is valid all day, that is, you can leave the square and then return to it with the same ticket.

Diwali and other Kathmandu holidays

Kathmandu is always good, but it is especially interesting to walk along its streets during public holidays and festivals. For example, during the festival of Losar in February, the Tibetan New Year is celebrated in all Buddhist temples of the country. In the same month, in the Pashupatinath Temple, you can see the ritual ablutions of pilgrims in honor of Sivaratri, the night of Shiva. 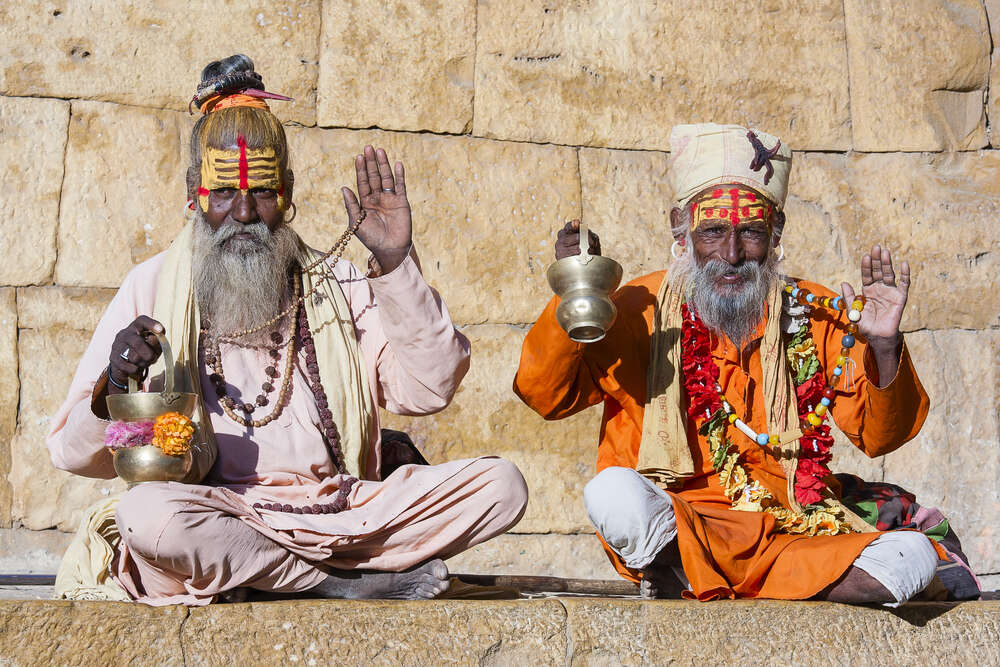 In spring, Kathmandu celebrates Holi, the festival of colours (in March), Nepali New Year (from April 13) and Buddha Jayanti, the main date of the Buddhist calendar associated with the enlightenment of the Buddha and his journey to nirvana (in May). 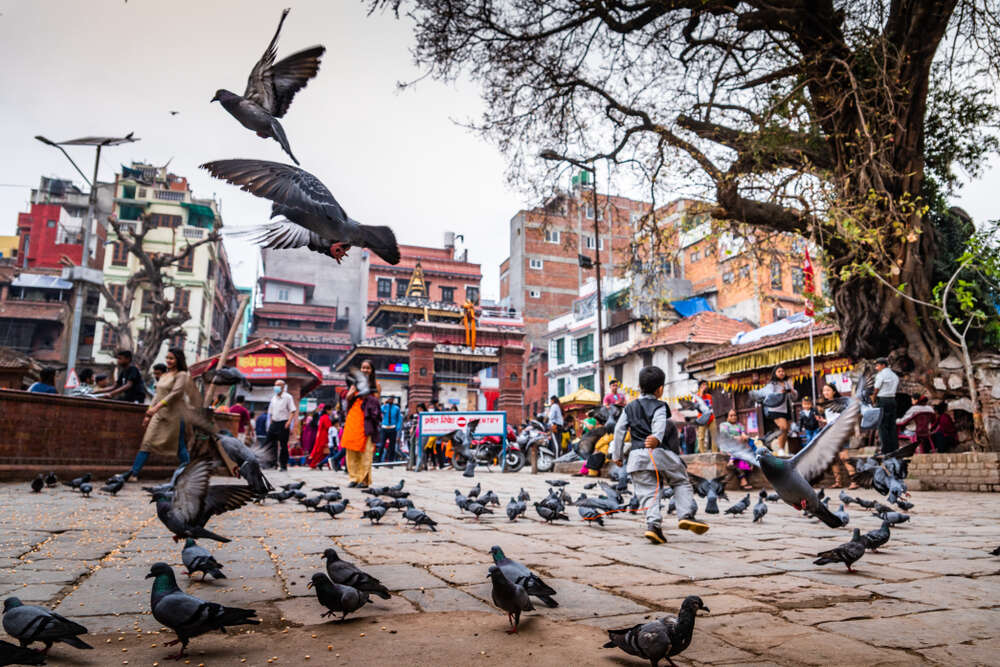 In September, Durga Puja lasts 10 days, which is notable for the fact that animals are sacrificed near the Taleju Temple in Durbar Square. And in October, you can witness a less gloomy action - Diwali, when every house is decorated with small lamps outside, and mandalas of colorful rice are laid out on the streets. 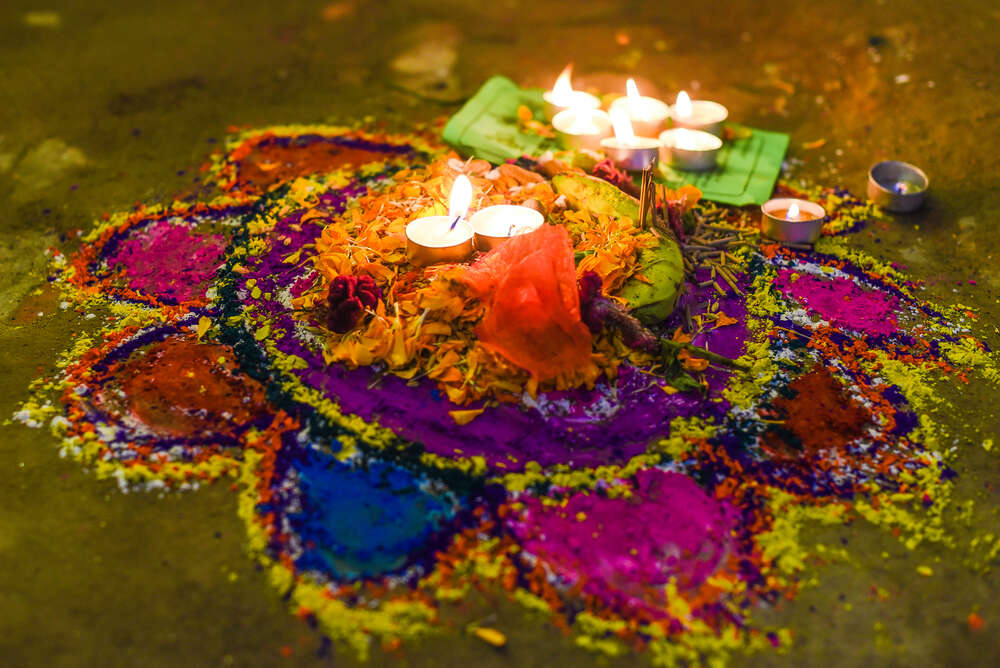 Most holidays in Kathmandu are celebrated not on the solar calendar, but on the lunar, so the date is different every year. Banks, shops and cafes may not work on especially important days.

What to bring from Kathmandu

The capital of Nepal is a paradise for shopaholics. No, there are no huge sparkling shopping centers, but most of the central streets are one continuous market. It is best to bring the following things from Kathmandu.

1. Wool products. Sweaters, bedspreads, poncho rugs are quite inexpensive here and will warm you on cold winter evenings. Pay attention to things made from yak wool.

2. Jewelry. Silver, gold and copper, precious and semiprecious stones, on the shelves in Kathmandu. There is everything and even a little more.

3. Pictures and miniatures. Local artists paint well, and traditional mountain landscapes, images of monks or abstractions will become an unusual gift or stylish decoration for your house.

5. Incense. In the form of sticks, cones or just powder, natural, fragrant, cheap. 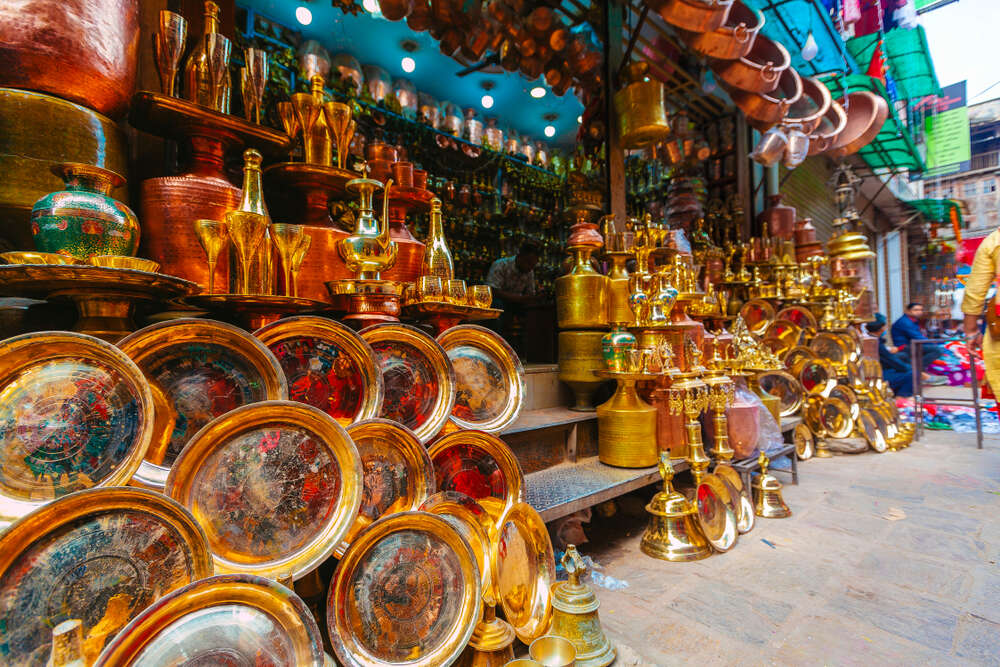 In Kathmandu markets, the same main rule applies as in most places in Asia: bargain. If you want to reduce the price to a certain figure, then immediately call a number below the starting price, and gradually come closer to what the seller called. They trade in Nepal sedately, without unnecessary emotions, screams and gestures, but no less enthusiastically than in Uzbekistan or India.

Travel tips and realities in Kathmandu

First of all, buy a dust mask in Kathmandu, they are sold in any store. Many roads in the city are still unpaved, and red brick dust is just everywhere. For the same reason, you should not walk the streets in white clothes. 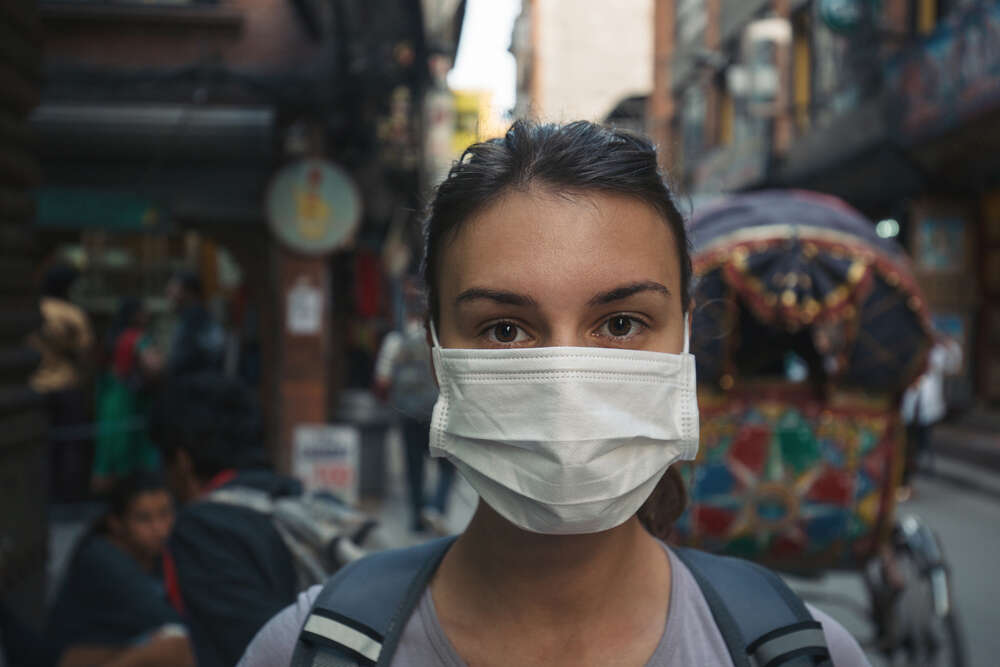 You can withdraw money at an ATM in Kathmandu, but not all local banks work with foreign accounts. If the ATM refuses to give you cash, then perhaps it is one of them. Look for Standard Chartered Bank, it definitely accepts all types of cards and will not disappoint you with a commission. 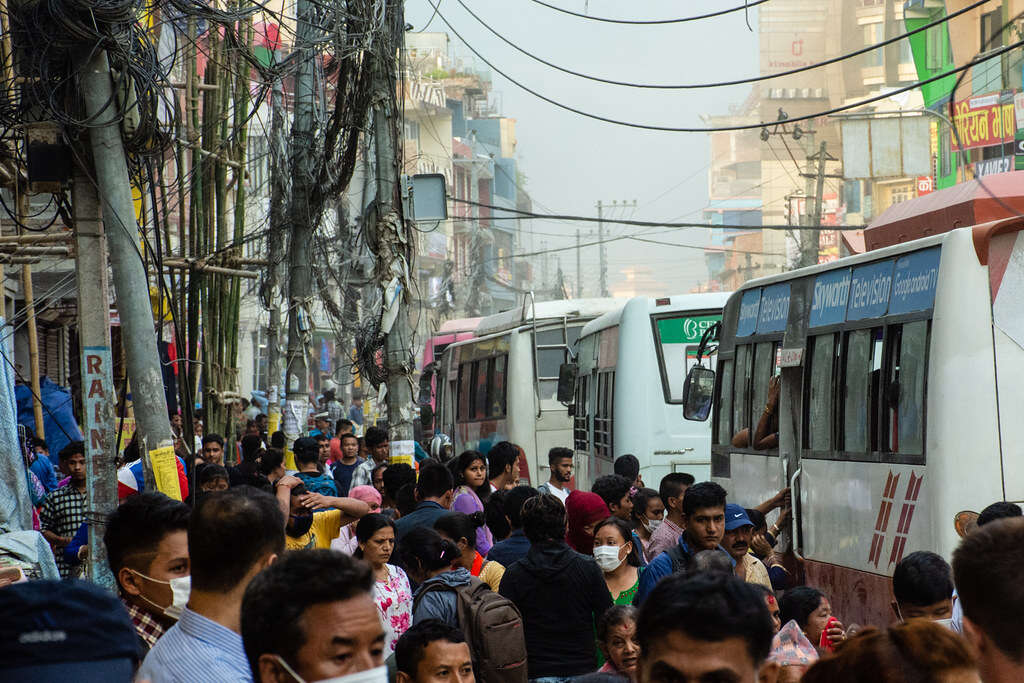 Shuttle buses run around the city, but they are often crowded, shaking terribly on bumps, and open windows and doors are air conditioners. It's a good option for adventure lovers, but if you need to travel from point A to point B comfortably, it is better to catch a taxi. This can be done in the old fashioned way, right on the street. 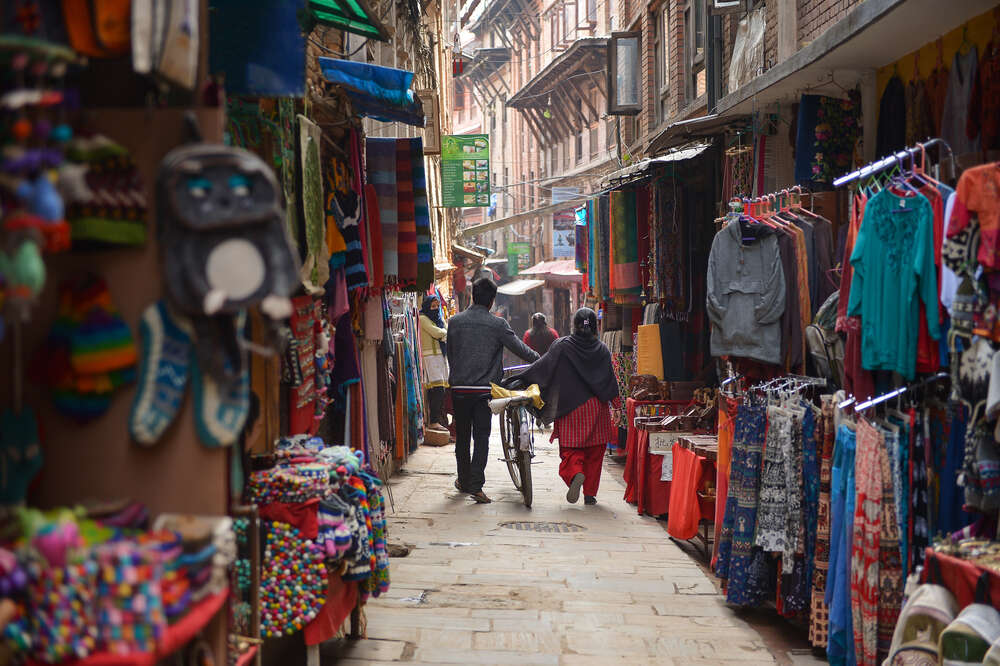 Kathmandu is a multifaceted, interesting city, charming with its harsh Nepalese beauty. Stay here for at least a couple of days, drink coffee on Thamel, spin the drums on Durbar, wave your hand to the goddess girl and feel all the charm of the country, where the Buddha is believed to have been born.