Limone sul Garda: a citrus paradise on an Italian lake

A small town in northern Italy has won the hearts of travelers with its authentic atmosphere and fascinating nature. Not surprisingly, it is considered to be one of the most popular destinations on Lake Garda. Today, a little over a thousand people live here, and until 1932, it was possible to get here only through the mountains or along the lake. Why go to such a small and until recently isolated city?

Limone sul Garda is a real lemon paradise, but according to one of the legends, the name comes from the Latin word "limen" (translated as "border") and denotes the separation of two provinces - Brescia and Trento, and not in honor of a citrus plant, although the region is famous for their cultivation.

Life in a small town moves slowly and measuredly, so it's a real pleasure to walk along the narrow streets, looking at old houses with small doors and balconies in flower pots, inhaling the citrus aroma at every corner.

In the city center, you can visit the Church of Saint Benedetto, which was built in 1691 on the ruins of a Romanesque church and is famous for the fact that it has as many as five marble altars inside. Also in the historic center, there is the oldest church called Chiesa di San Pietro in Oliveto, which appeared in the 9th century. 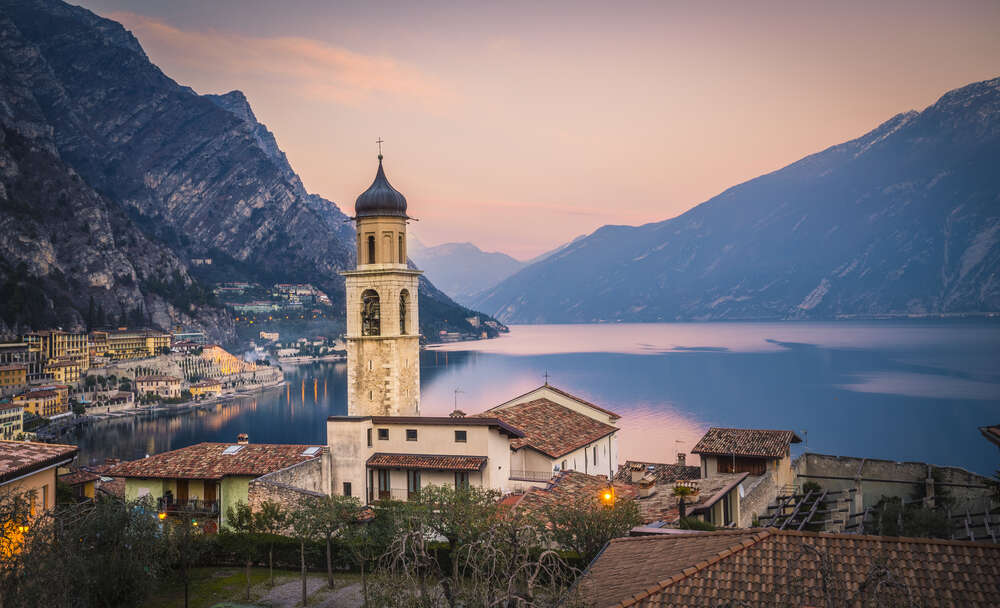 One of the main attractions of Limone sul Garda is the historical buildings of the 17-18th century, where citrus trees are grown. The most famous lemon house is called Limonaia del Castel, recently renovated and open to visitors. The house has retained the original structure of stone columns that protect the trees from the winter winds. 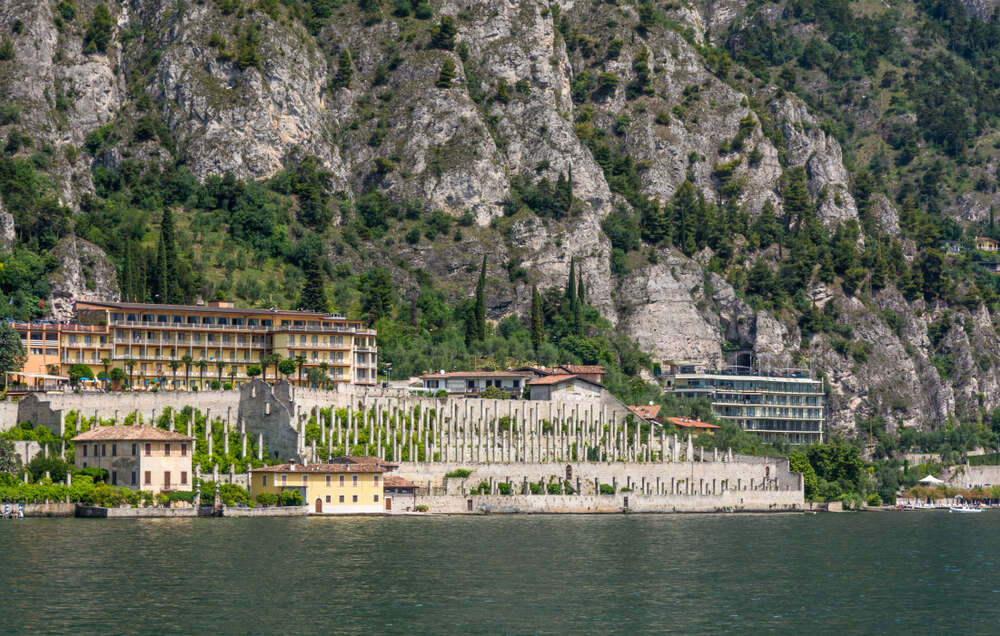 Also take a look at the large park of Villa Borghi. Since 2004, the villa has been the residence of the town hall, but the park is open to visitors every day from 09:00 to 20:00 and you can walk along citrus and olive trees, palms and other exotic plants, as well as see how the lemon house is arranged.

Walking uphill from the promenade, you will find a small temple on the rock - this is the Church of Saint Roch, or Chiesa di San Rocco, built in the 16th century in the Renaissance style. Due to its high location, it is considered to be the most panoramic place in Limone sul Garda, offering stunning views of the city and the entire lake.

On the Italian lakes, active trekking along the trails such as on foot or by bike have long been popular, so the local authorities decided to increase the tourist attractiveness of the town and opened a bicycle path over the lake in July 2018. Many people call this 2 km long trail the most beautiful bike path in Europe and for good reason, because breathtaking landscapes open up along the way.

Another popular cycling route starts from Limone sul Garda and reaches the border with the autonomous province of Trento, crossing three other municipalities - Riva del Garda, Nago Torbole and Arco. Its length is about 7 km, and it has been one of the most popular cycling routes in northern Italy for many years.

Near the city center, there is Grostol Beach, a free pebble beach suitable for families with children. A few steps from the beach, there are restaurants and pizzerias where you can taste typical dishes of this region.

Cola Beach is also pebbly, but sun loungers and umbrellas can be rented for those seeking comfort. There is a parking lot nearby, and cafes are within walking distance. This beach is suitable for fans of water sports, as boat rentals and pedal boats are available here.

Fonte Torrente San Giovanni Beach is located near Cola Beach and is perfect for those who want not only to sunbathe on the beach, but also to play sports - there is a volleyball court and a surf school on the beach.

Tifù Beach is not much different from other beaches of Limone sul Garda and is suitable for those who want to try their hand at sailing. 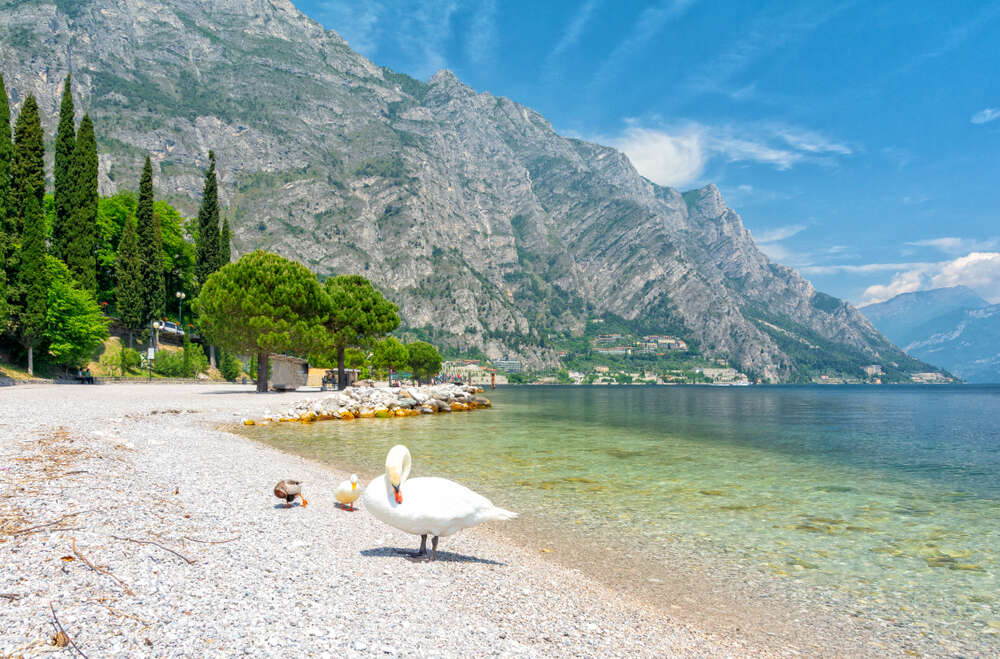 It is proven that due to the special climate, people in Limone sul Garda live longer than usual, and a positive and joyful mood is guaranteed with such stunning landscapes and bright colors around!