Krakow - the city of the fire-breathing dragon

The former capital, the center of European IT, a miracle of medieval architecture and royal chic - all this is about Krakow, which, thanks to its history, managed to become the most visited city in Poland. Travellizy Team will share all the most interesting facts about this place. 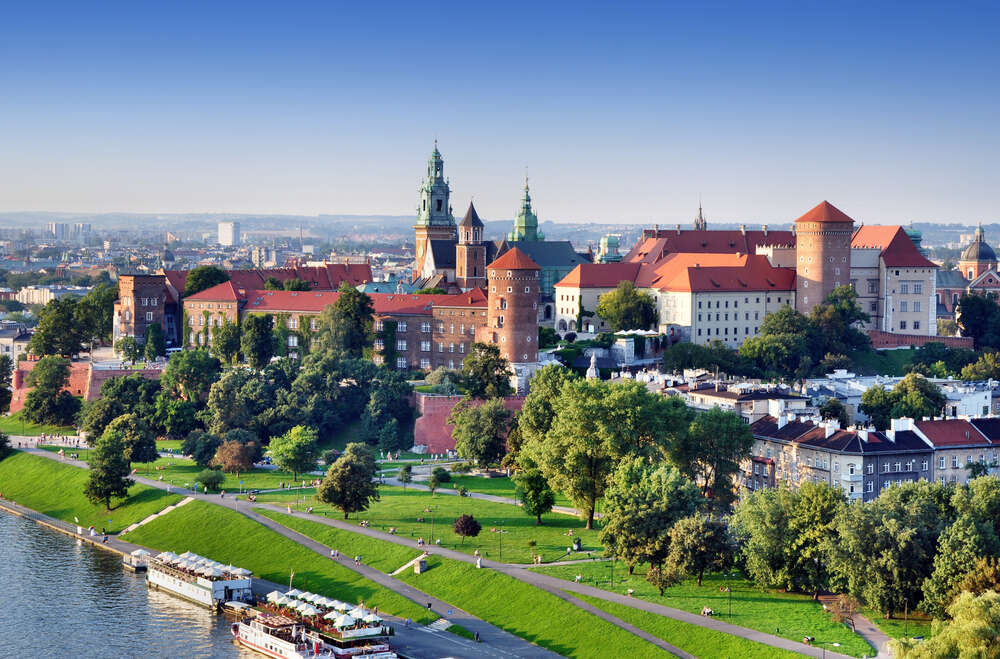 Krakow is not considered to be a big city, but it impresses with its coziness, colorfulness, and architecture. There are many trees and greenery, even in the center, so you can relax in the shade and coolness anywhere in the city.

The city has always held the title of freedom-loving: Krakow has hardly changed since the Middle Ages, although it has lost its status as a capital. Poles used to bring their children here to show them the real Poland of the times of kings.

Important things for tourists to know

Despite the fact that Poland is in the European Union, the country has its own currency - Polish zloty. You will find the best exchange rate at Galeria Krakowska, a large shopping center. Money can also be exchanged in Kantor exchangers, but the rate may differ.

Food prices are nice: the average bill in a restaurant is about 50 PLN, the same amount will be spent on buying food in a big way. You can also safely drink tap water in Krakow. The water supply in the city is completely renewed, the water is soft and without smell, so you don't have to buy bottled water. 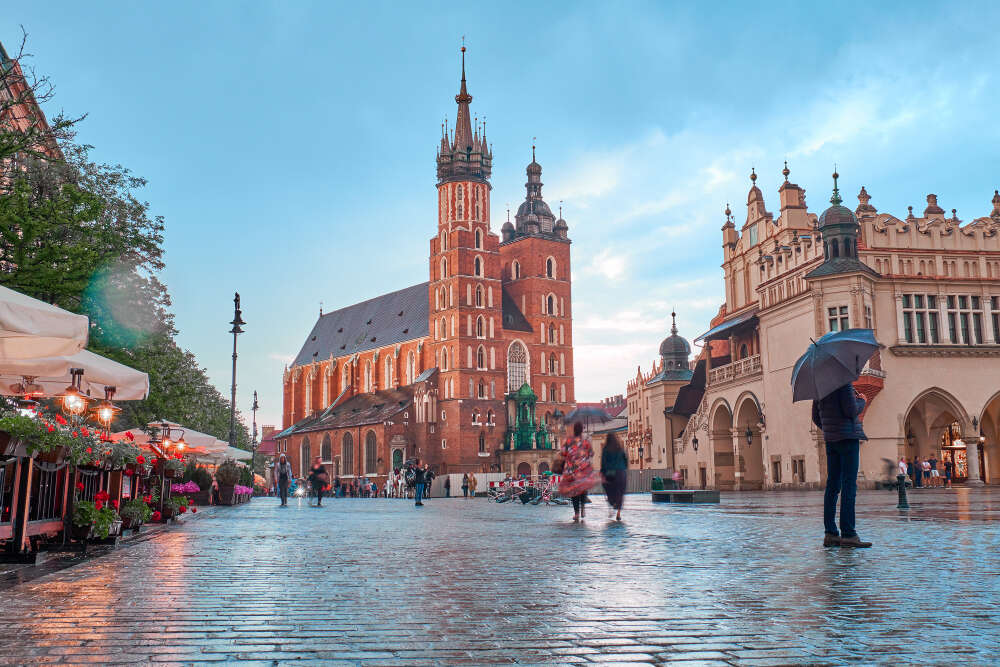 Prices for excursions and museums are significantly lower here than in other European cities, so do not deny yourself, if you want to know more about Krakow.

What's that got to do with the dragon?

According to legend, the dragon who lived near the Wawel Hill terrorized the inhabitants of Krakow for a long time. The creature ate livestock and took away young girls. No knight could defeat it, but a cobbler named Skuba did it. He made a ram stuffed with sulfur, the dragon ate the bait and felt a terrible thirst. The monster drank water from the Vistula River, but could not drink enough, which made it burst. The whole city rejoiced and praised the clever cobbler.

Not far from the former dragon's lair, there is now a monument that spews out fire every 5 minutes to please tourists and preserve the legend. 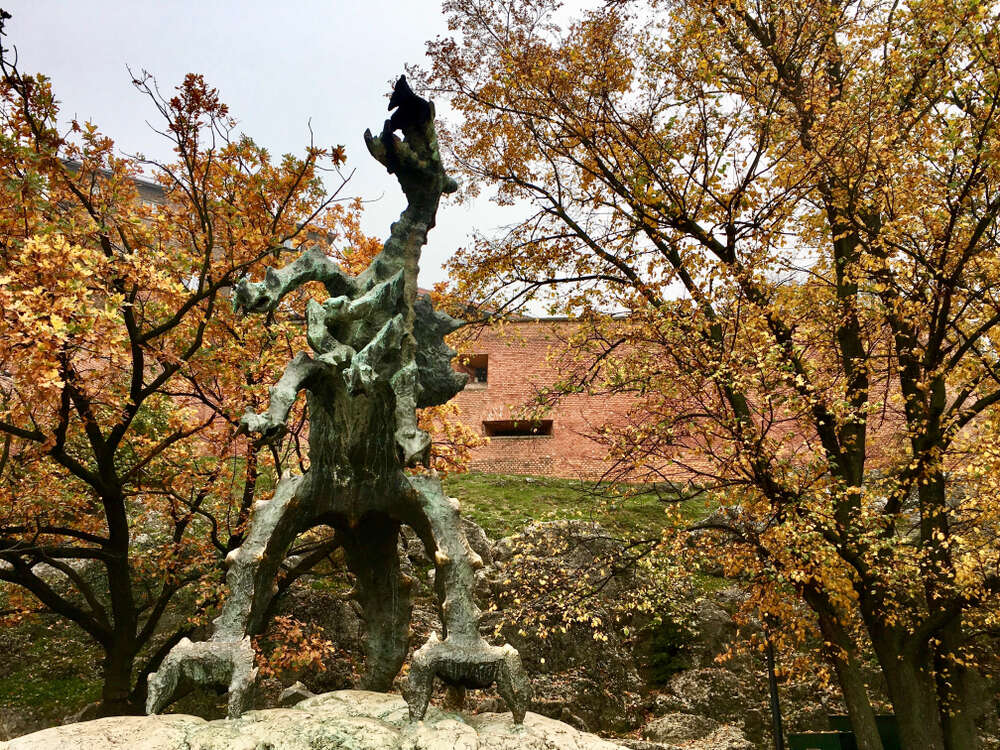 What to see in Krakow

Wawel has been the abode of kings and the center of social life in Poland for centuries. A castle, a cathedral, and castle fortifications were built on its territory. The castle served as a royal residence from the 11th to the 17th century; almost all monarchs had been crowned here since 1320. The St. Stanislaus and St. Wenceslaus Cathedral was built in the 10th century after the founding of the diocese in Krakow. 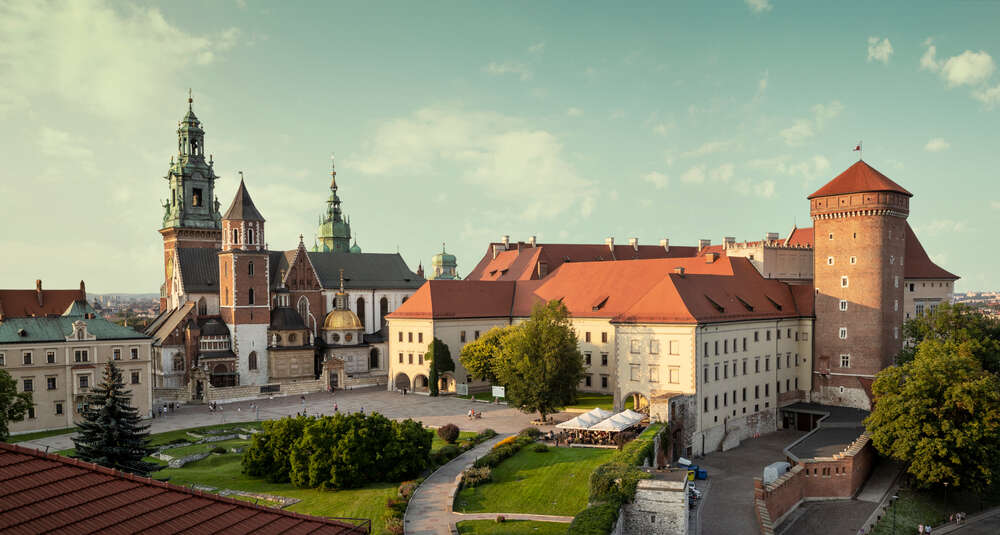 After the creation of the Polish Lithuanian Commonwealth, Wawel began to be located on the very border of the country, because of which the situation in Krakow began to deteriorate. Warsaw, the future capital of Poland, was already in the center. 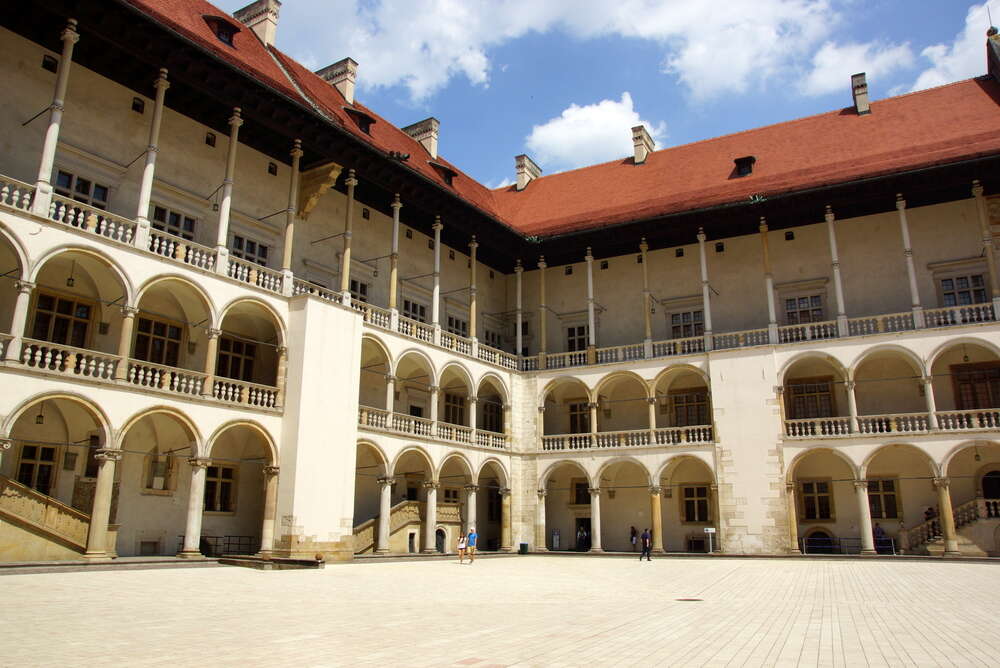 Nowadays, Wawel is a whole architectural complex, known not only in Poland but all over the world.

Entrance fee: free, but you need a separate ticket to visit each exhibition. There is no single ticket for all exhibitions.

It's a perfect destination for those who have dreamed of visiting Oxford, Yale, and other British universities. This small green garden is located right in the center of Krakow at the Jagiellonian University, the oldest educational institution in Poland and Europe. Here, you can even touch interactive models of devices that real scientists use in their research! For example, a gamma-ray recorder, an armillary sphere, the Magdeburg hemispheres, and a sundial. The courtyard is adorned with ivy winding along the red brick walls of the university, as well as restored 19th-century sculptures. 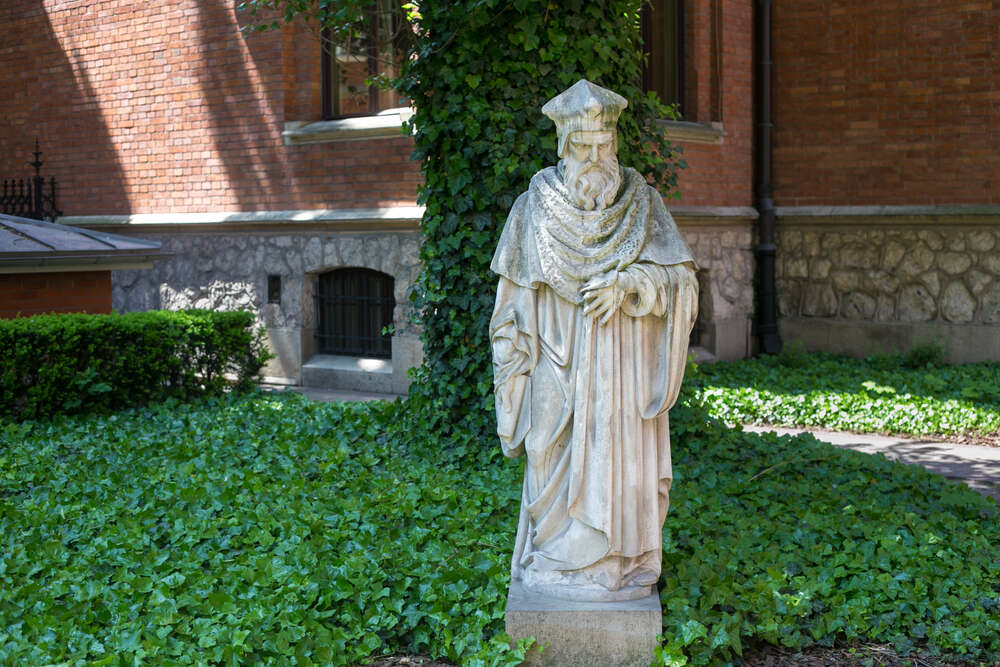 You can go to the courtyard of the university and admire the clock, where beautiful figures move to the accompaniment of ancient music 5 times a day (every 2 hours from 9:00 to 17:00). 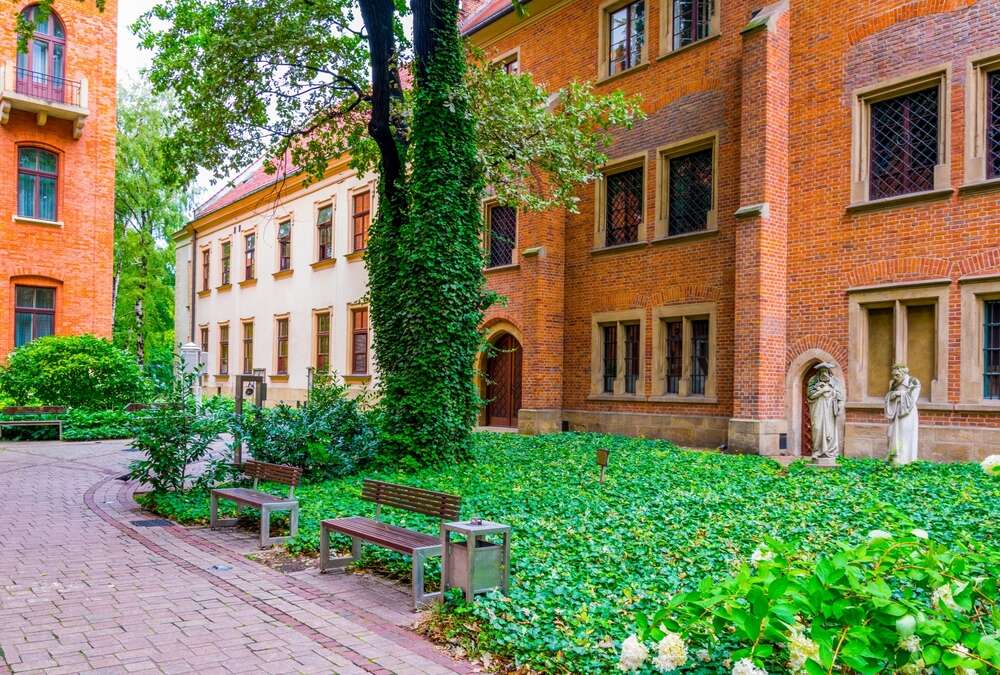 This is one of the must-see places when traveling to Krakow. The Barbican is a round defensive brick bastion that served to defend the city. It played such an important role in the history of Krakow that this building was placed on the city's coat of arms. 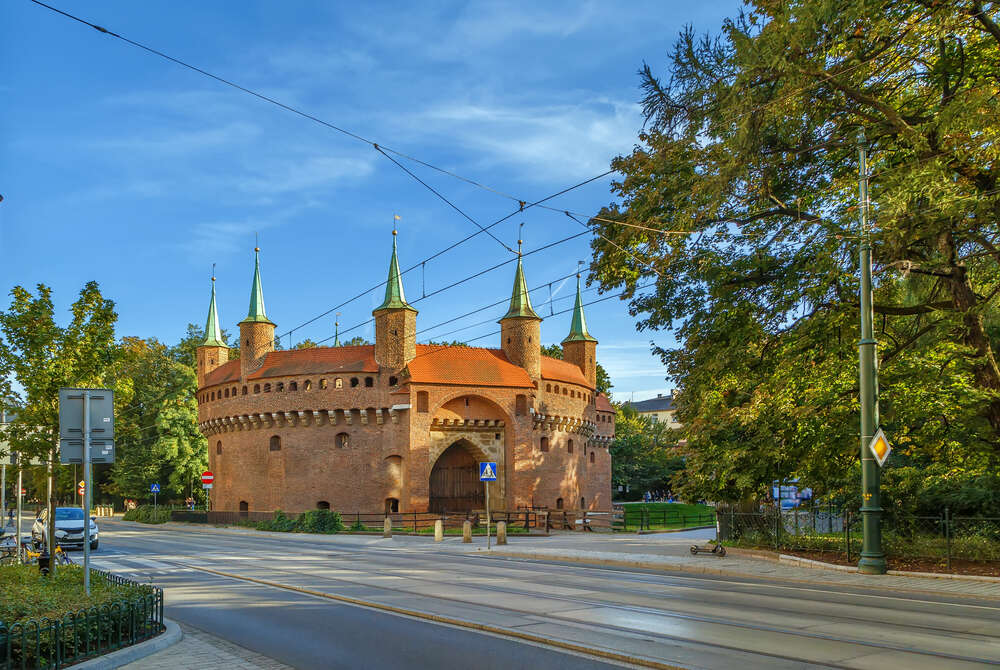 Once the only entrance to the city was directly through the Barbican. This was an additional fortification for the Florian Gate. The walls of the bastion were about three meters thick, and more than a hundred loopholes, narrow openings for firing from a shelter, were equipped in them. Despite its might, the bastion was periodically rebuilt and fortified due to multiple invasion threats.

In the building of the bastion, there are exhibitions which tell more about the history of the Barbican and the whole of Krakow. In summer, performances or concerts are often held here.

This is a former metalware factory bought by Oskar Schindler in 1939. Schindler is a well-known German industrialist, a member of the NSDAP, who saved a thousand Jews during the war. Oskar Schindler hired Jews for economic reasons: he did not have to pay them. But then, he realized that he had the opportunity to help these poor people with the help of documents. Jewish workers were given a Kennkarte, which did not allow them to be evicted and sent to camps. In March 1943, Schindler, not without bribes, received permission to establish a labor camp on the territory of the factory. Here, the Jews were in the shelter, in good sanitary conditions, and with the best food of all the camps. This story became the basis for the Oscar-winning film Schindler's List. 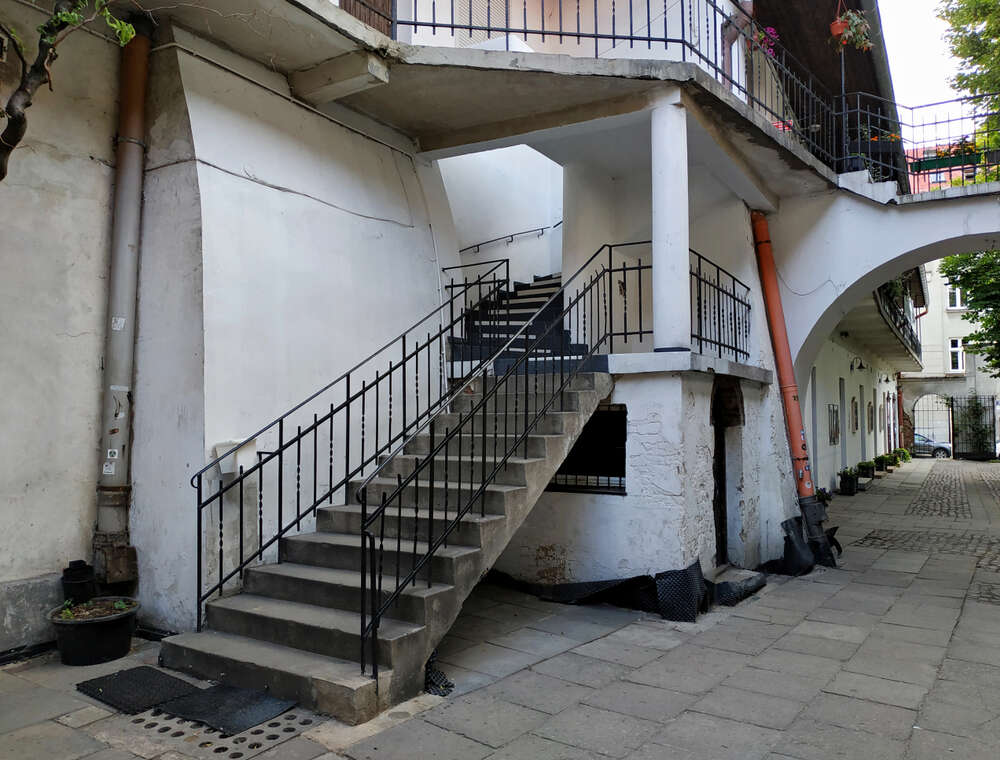 Today, Schindler's Factory is an interactive museum dedicated to Krakow during World War II. There are several exhibits here: the life of Oskar Schindler, the history of the factory, the Krakow ghetto, and the fate of Polish Jews. The atmosphere of the museum and its exhibits very vividly convey the entire tragedy of those times.

The story of Tadeusz Pankiewicz is less famous than the story of Schindler, but this man did no less great deeds.

Tadeusz made sure that he was given permission to open the only pharmacy in the ghetto, as it could be very useful in case of epidemics. This building became a place for the transfer of medicines and provisions for Jews from the ghetto. Secret meetings took place, false documents were handed over to the victims and the latest information was received here.

On the Ghetto Heroes Square, all the chairs of nearby establishments are turned towards the pharmacy in order to give all the honors to Tadeusz Pankiewicz. 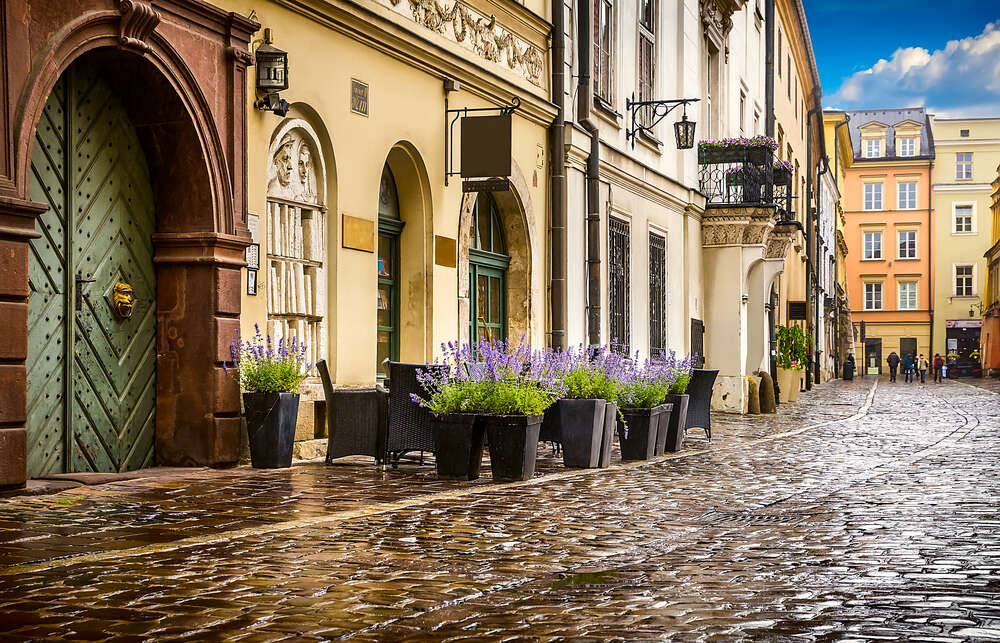 For the Poles themselves, Krakow is not just a city, it is a real landmark. Yes, yes, not a tourist center with a bunch of interesting places, but a landmark. How will Krakow appear for you? Book tickets with Travellizy and you will find it out!