Prague is one of the most atmospheric cities in Europe, which skillfully combines history and modernity. Narrow streets and beautiful bridges, Gothic cathedrals and castles, a unique church and unusual museums - the capital of the Czech Republic will not leave anyone indifferent.

Travellizy Team will tell you about the main sights of Prague and interesting places that are worth seeing in this picturesque city. 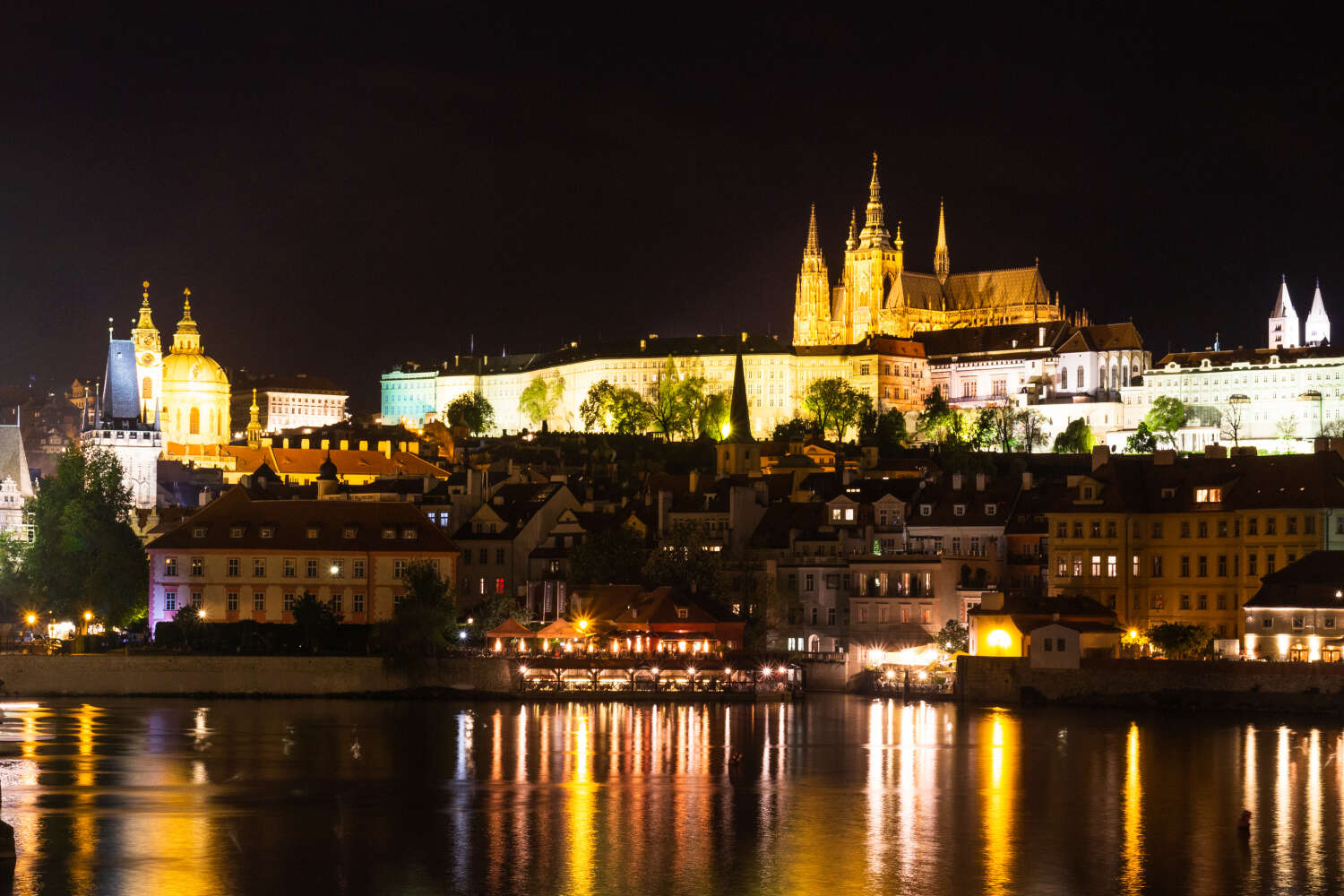 Vyšehrad Fortress is one of the main attractions of Prague. The former residence of the Czech princes, and now - the national symbol and cemetery, where prominent representatives of the Czech nation - artists, writers, performers and statesmen were buried. 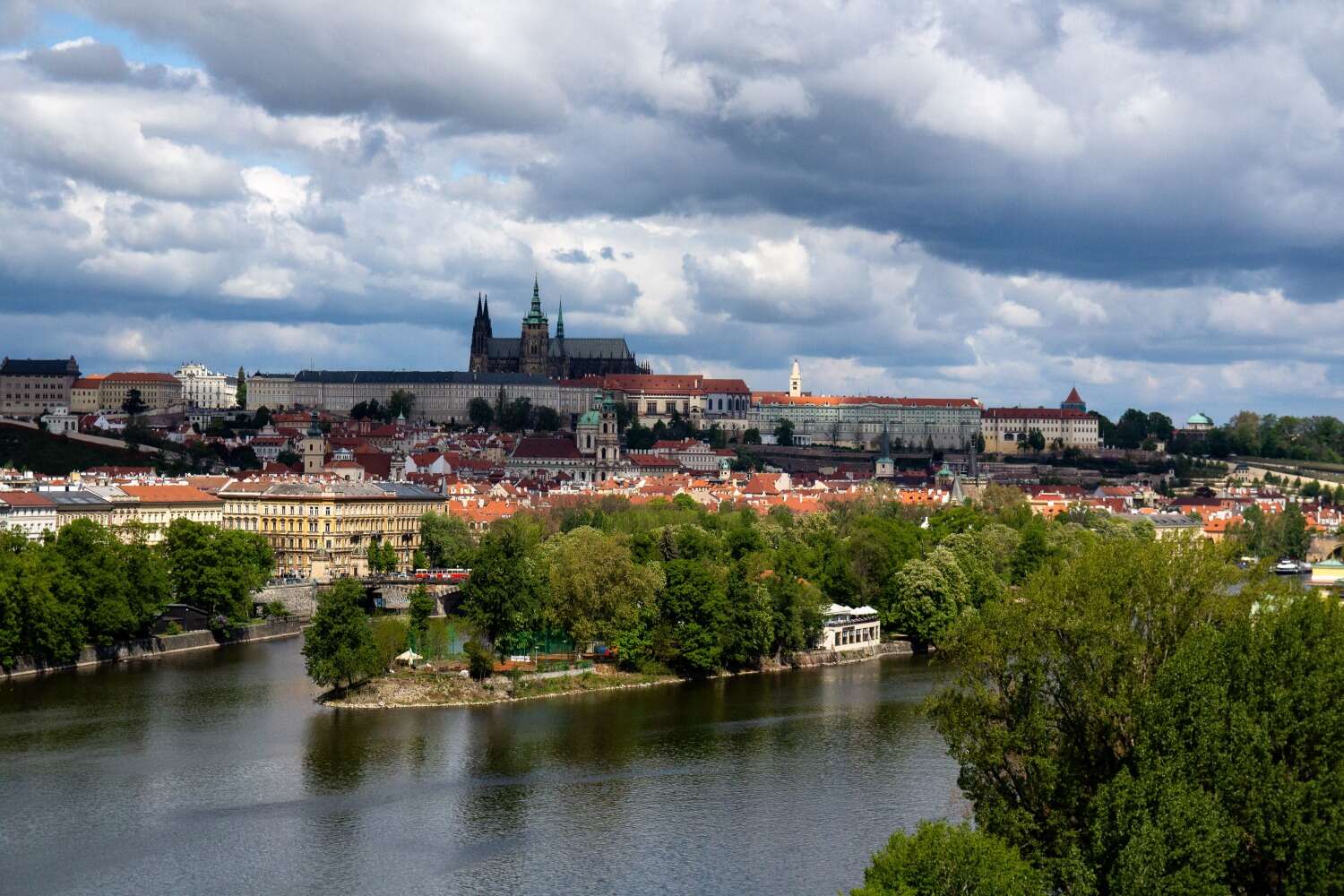 The observation deck near the fortress offers a stunning view of the city and the Vltava  River with its bridges, and there are many sights in the park area: the Rotunda of St. Martin, the Chapel of the Virgin Mary, the Basilica of St Peter and St Paul, the Slavin Memorial Cemetery and underground casemates where some of the sculptures from Charles Bridge are kept. 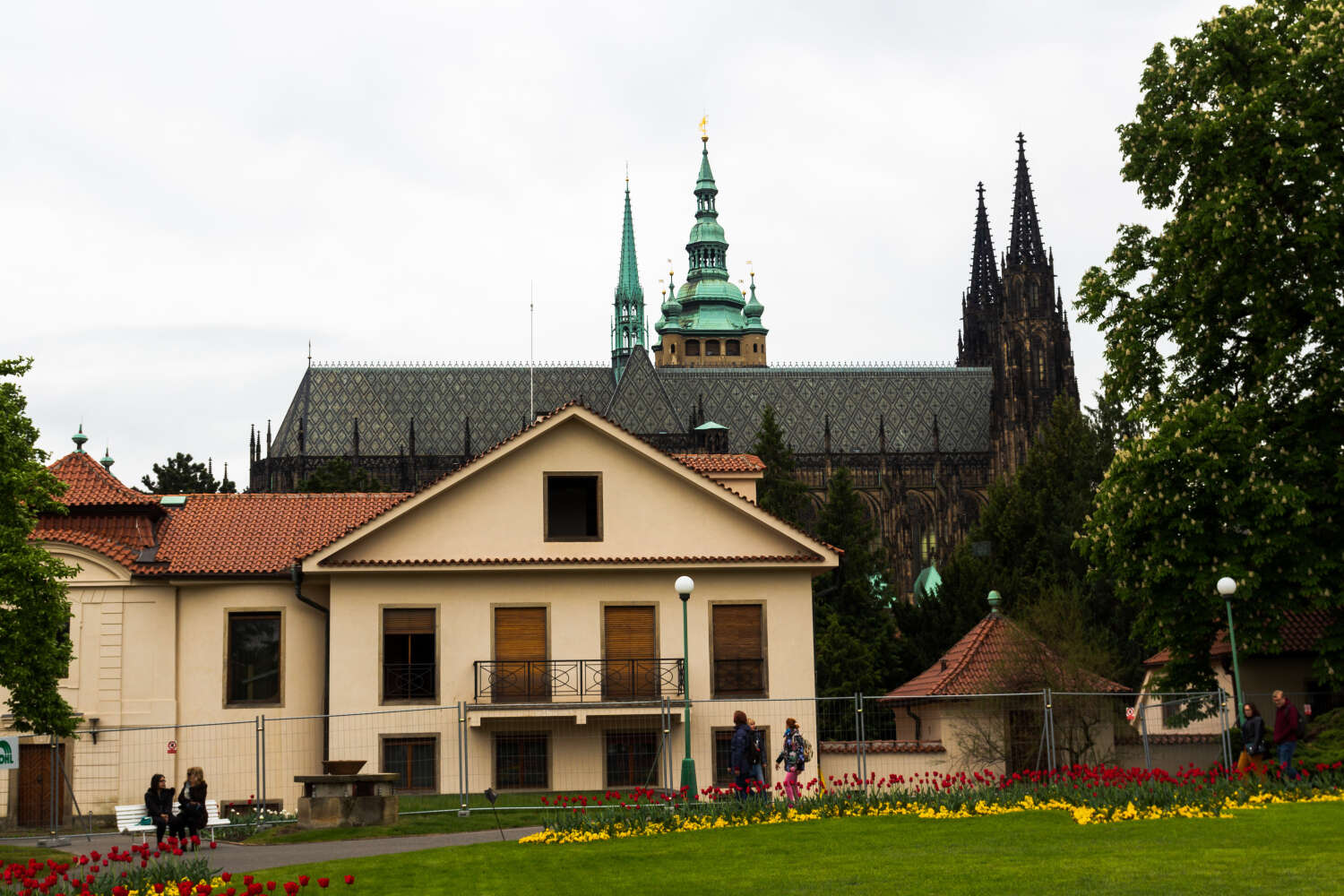 We recommend going on a 1.5-hour tour of Vyšehrad to those travelers who are interested in history. Tours are available in Czech, English, Russian and other languages. Price: 120 CZK (€ 4.6) per person (for groups of at least 10 people). Please note, that there are no guided tours from January to March. You can find out the details on the website.

St. Vitus Cathedral in the Gothic style is another famous landmark of Prague with a very interesting history. 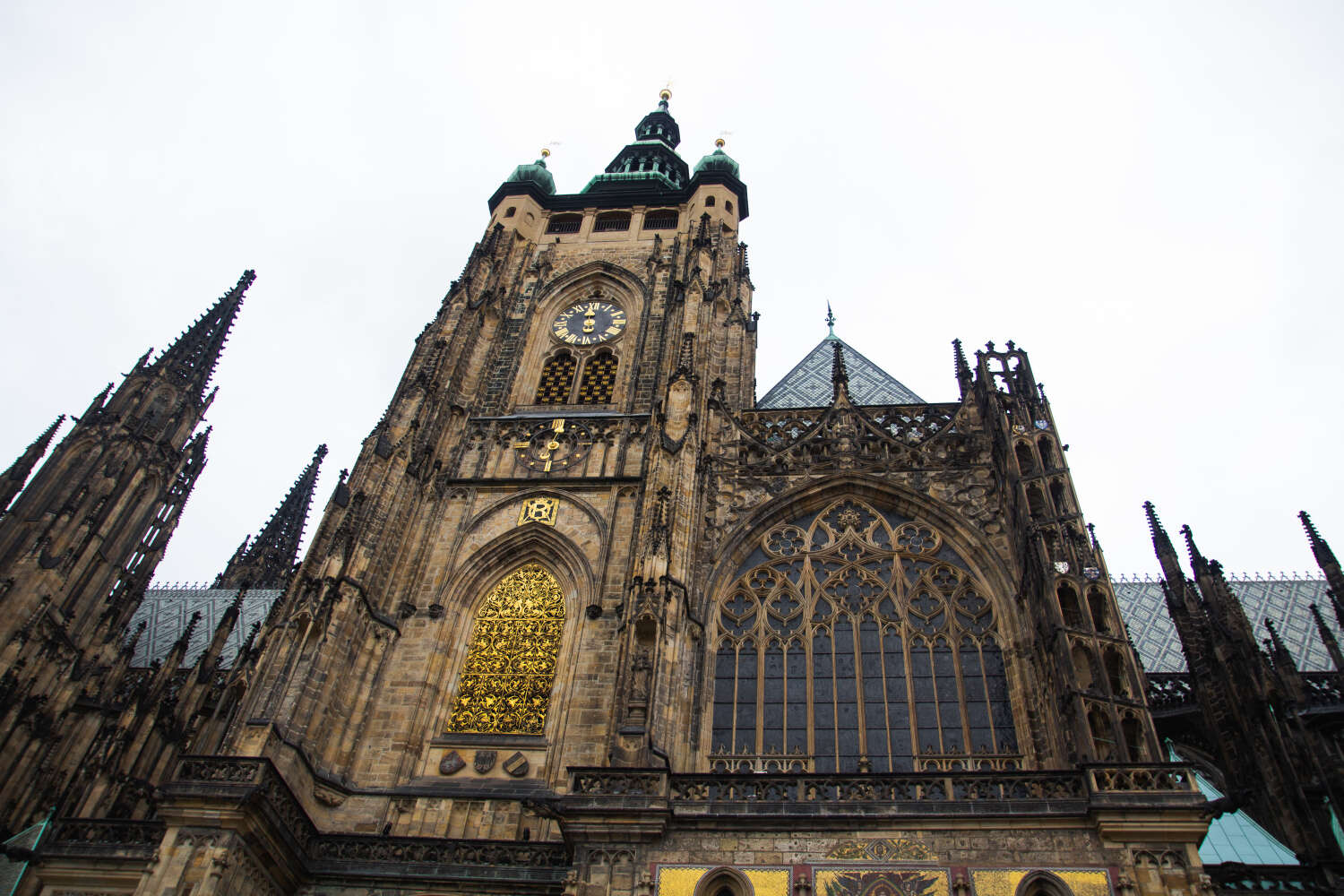 In 1541, during a fire, all statues and icons were burned, after that the cathedral was partially restored, but in 1619 it was vandalized by Protestants, and in 1740, it suffered during the war with Austria, three years later lightning hit the main tower and split the dome. Despite all the damage, St. Vitus Cathedral was always considered the most important Czech spiritual and historical relic, so in 1873, grandiose restoration work began here. The main part was completed only by 1939, and nowadays, travelers who come to Prague can't stop wondering about its greatness. 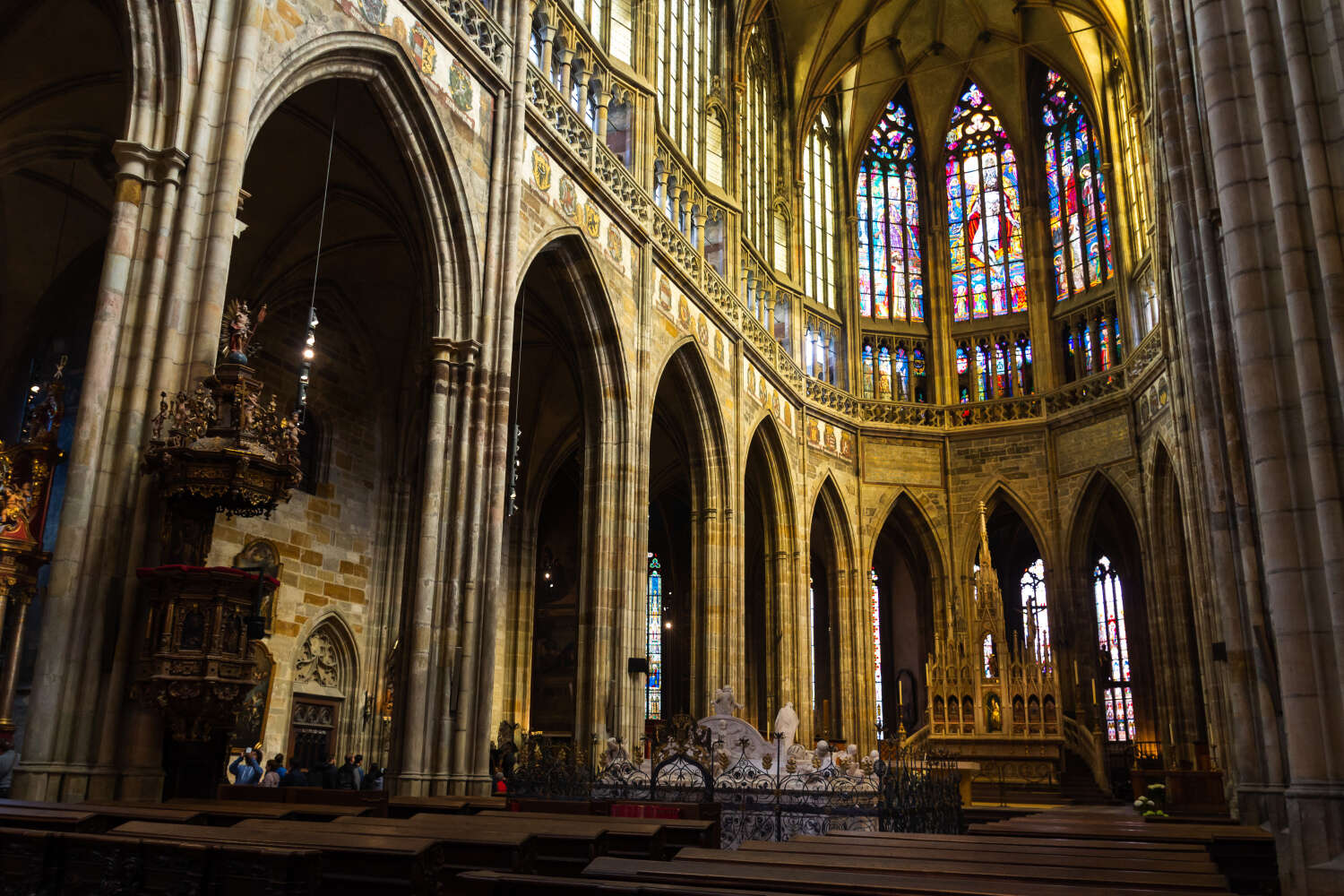 St. Vitus Cathedral is an integral part of Prague Castle and a national treasury that holds some important symbols of Czech statehood, such as the crown of St. Wenceslas or the Coronation Cross with relics of the passion of Christ. 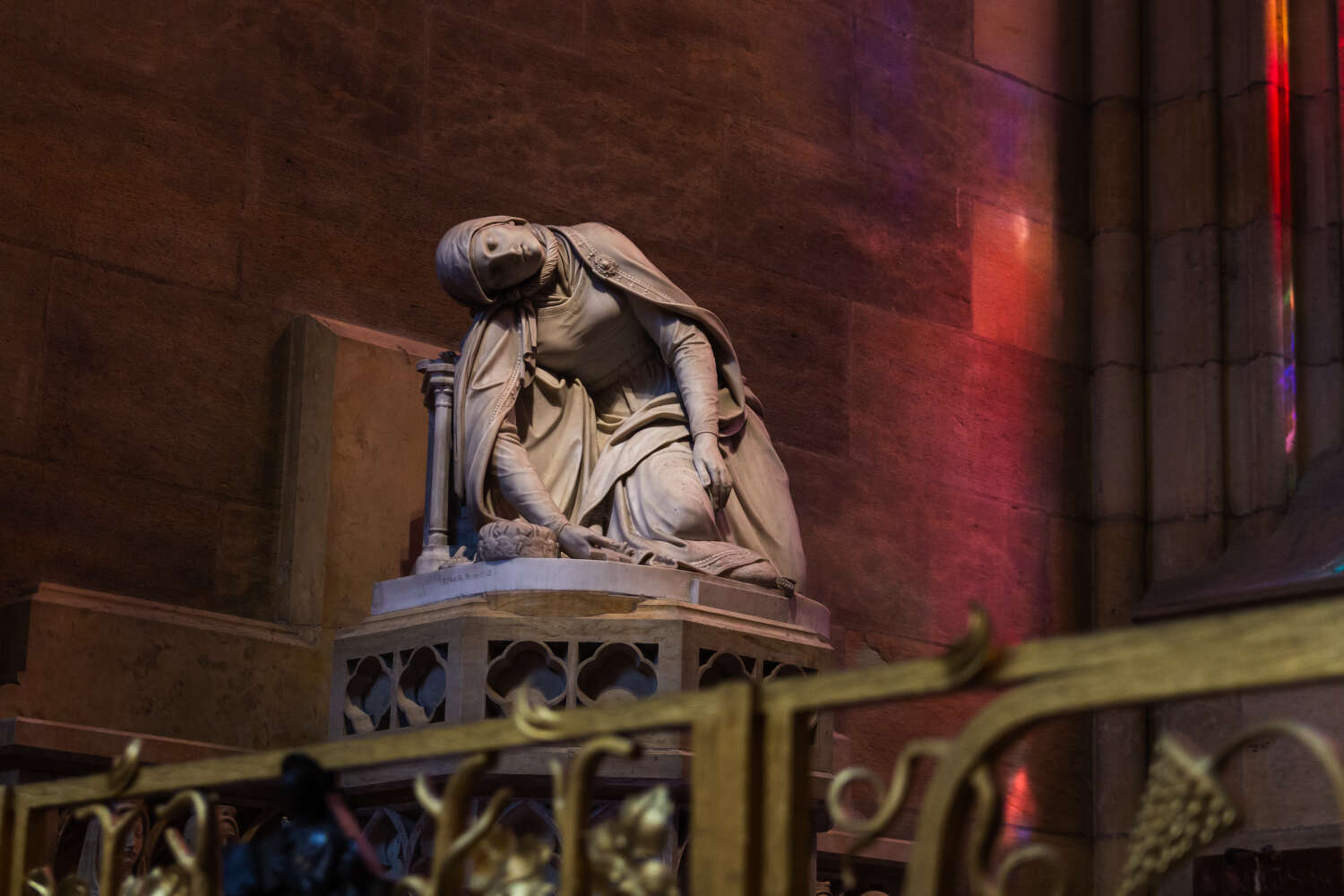 Entrance to St. Vitus Cathedral is free, but only to a limited area where visitors can walk on their own. If you want to visit other parts of the cathedral, you need to choose one of the excursion toll routes:

Prague Orloj: when to watch a performance

Prague Orloj, also known as the Prague Astronomical Clock, is one of the most popular sights of Prague. The Astronomical Clock is mounted on the facade of Old Town Hall, and the dial shows four hourly measurements and indicates the zodiacal location of the Sun and the Moon. Orloj is also decorated with elements and symbols, which have deep meaning. 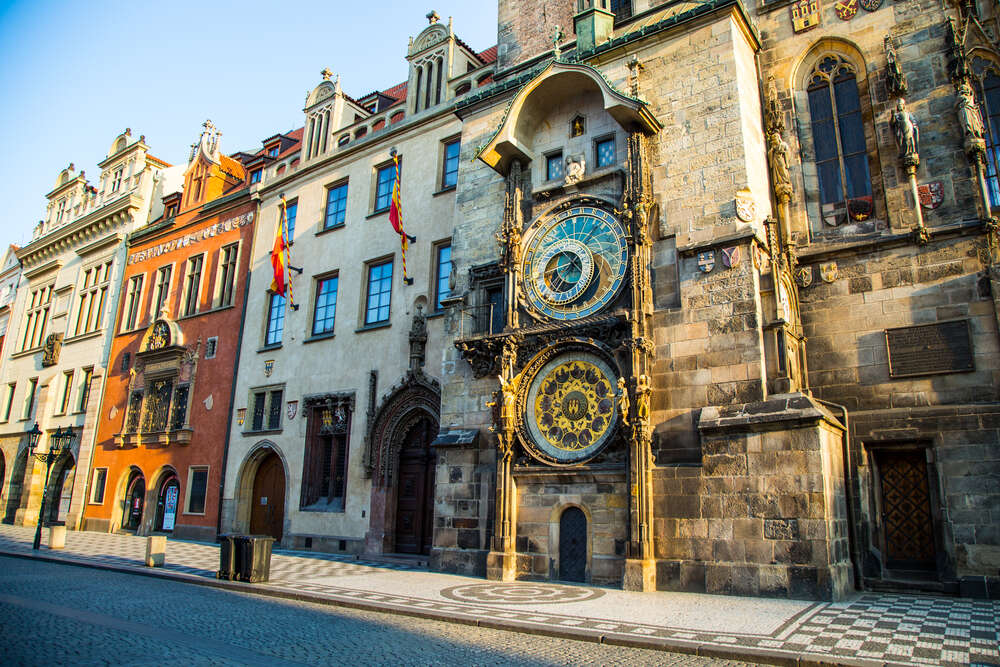 Every hour, from 9 am to 11 pm, a crowd of people gather in front of the clock to see a short performance with the figures of the apostles that takes place in the windows. On holidays, you can even see a light show in the evening.

Charles Bridge and Vltava: where to make a wish

Charles Bridge is the oldest Prague bridge that connects the banks of the Vltava River. From 1683 to 1928, the bridge was decorated with 30 sculptures of saints (the most famous is the statue of St. John of Nepomuk), and from the side of the old town, there are two towers in the Gothic style on the bridge. By the way, you can go there and enjoy the amazing view. 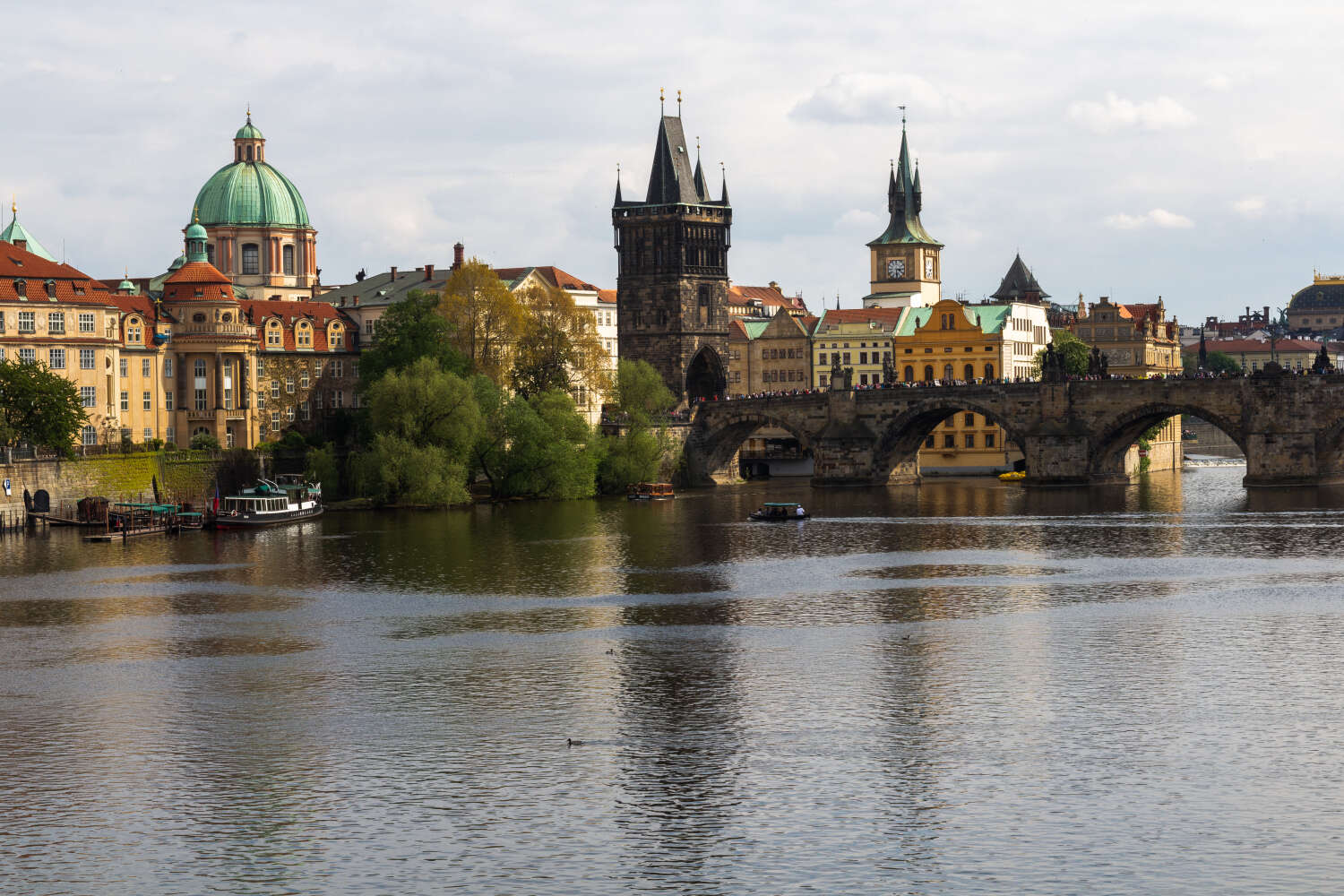 They say, if you touch the figure of Jan of Nepomuk and make a wish, it will come true. The bridge is more than 600 years old and since 1974 it has become completely pedestrian, but even without transport, there are often traffic jams, since there are a lot of people who want to walk along the famous bridge. 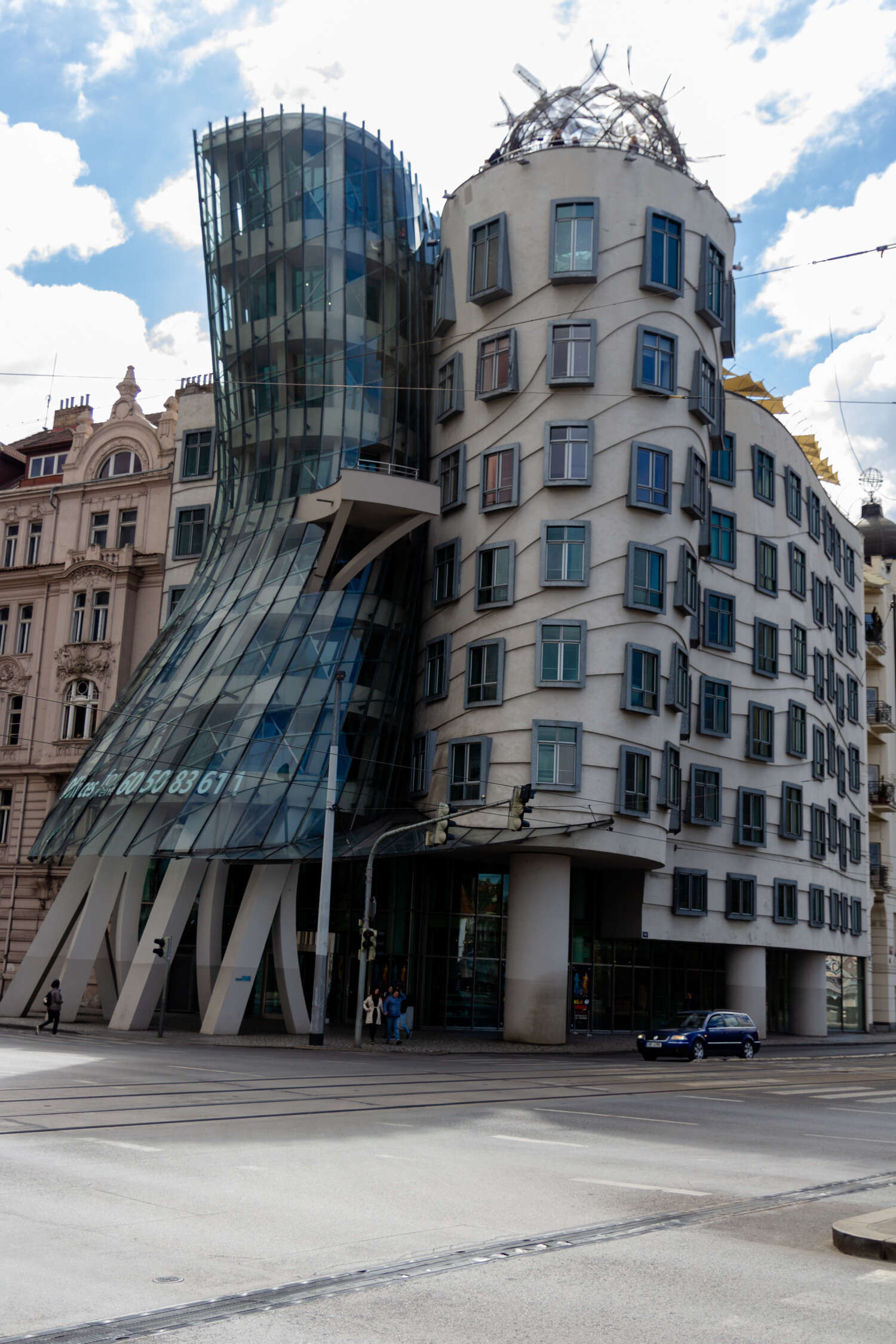 The Dancing House was built in 1996 on ruins of a building destroyed during the war, and today, it fascinates travelers with its modern architecture. This house is also called "Ginger and Fred", since the idea of the building originated from the art of the famous dancing couple - Fred Astaire (stone structure) and Ginger Rogers (glass skyscraper). On the roof of the building, there is a restaurant, and there is a beautiful view of the city from its terrace. 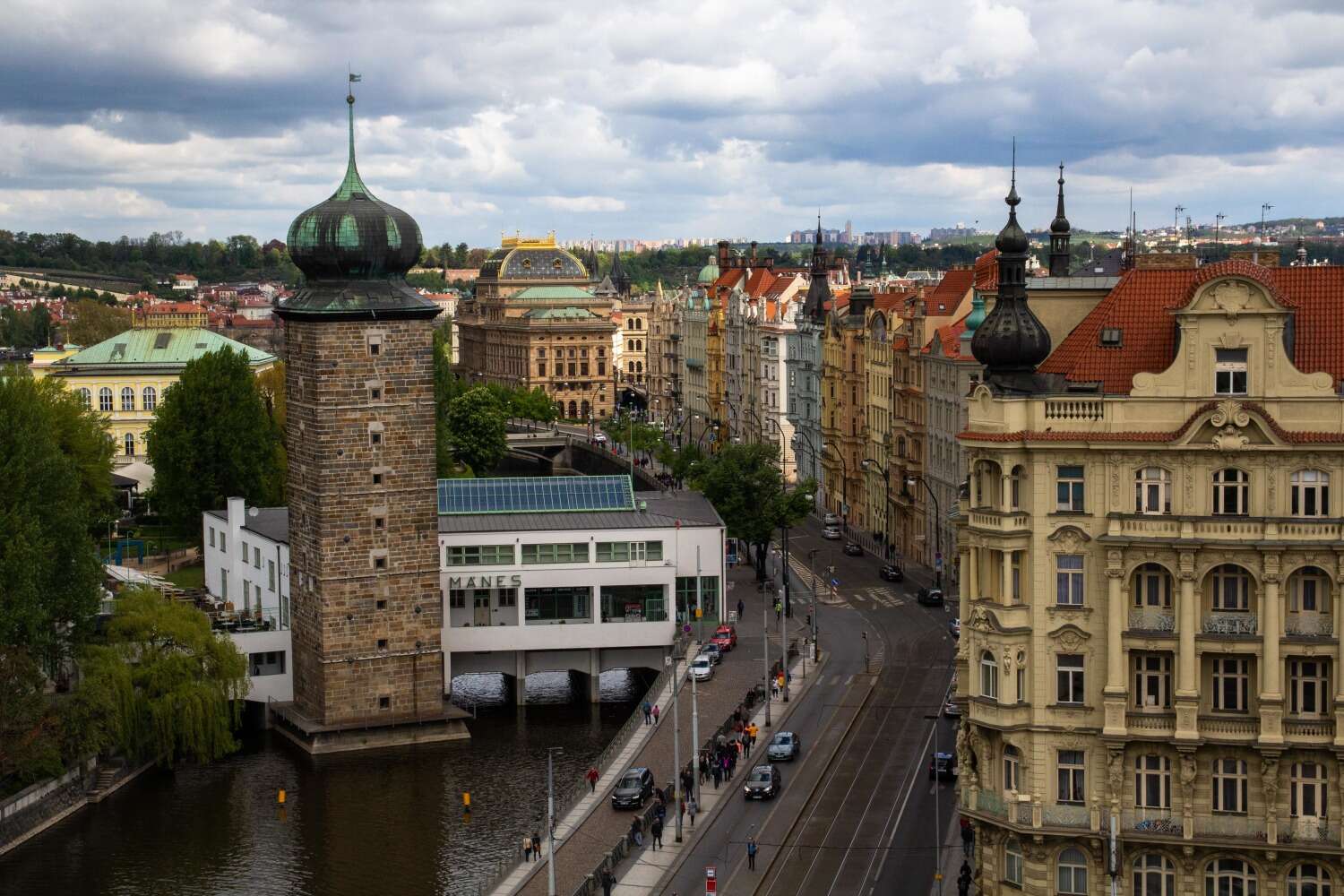 Sex Machines Museum: what Prague can surprise you with 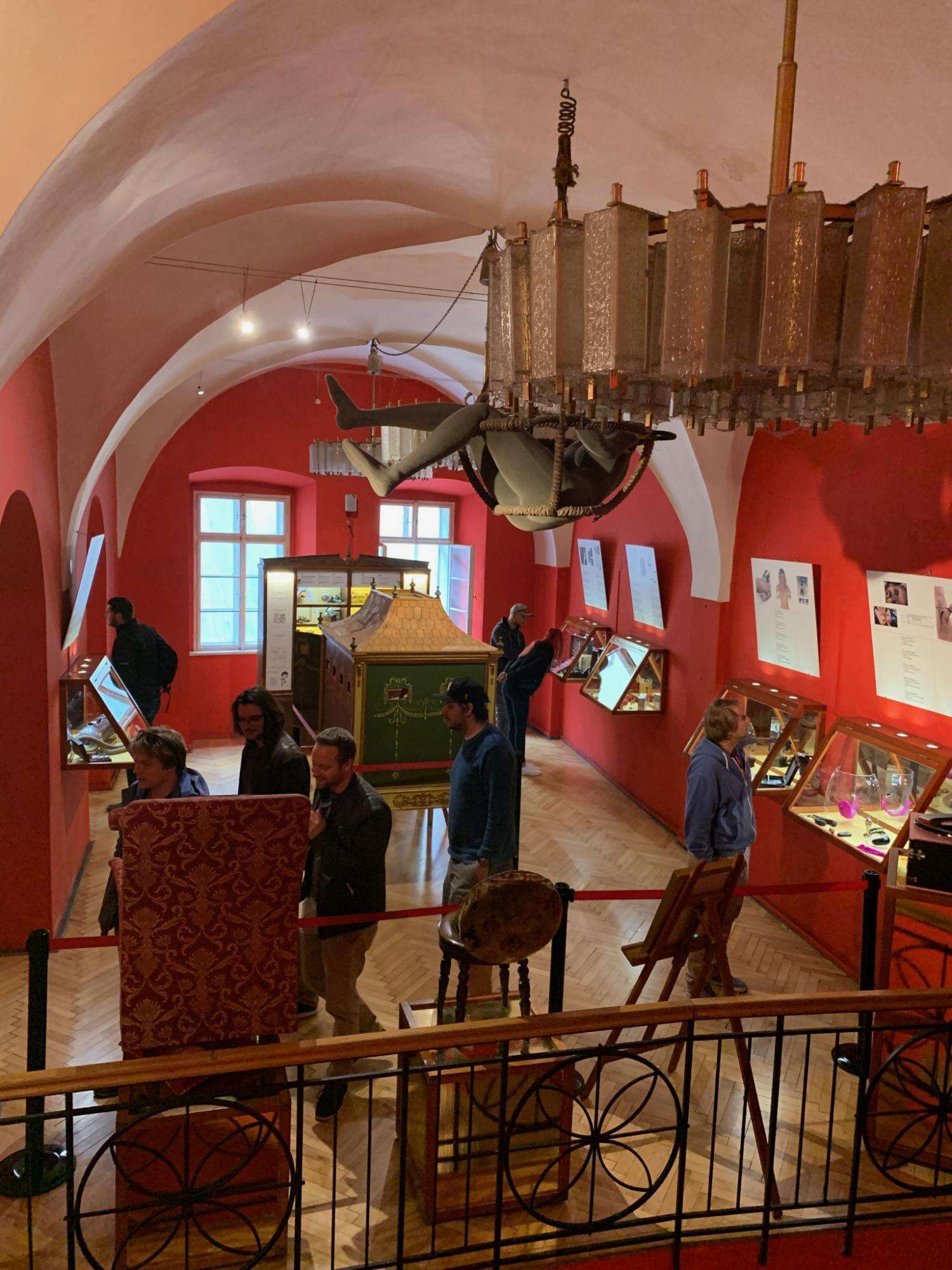 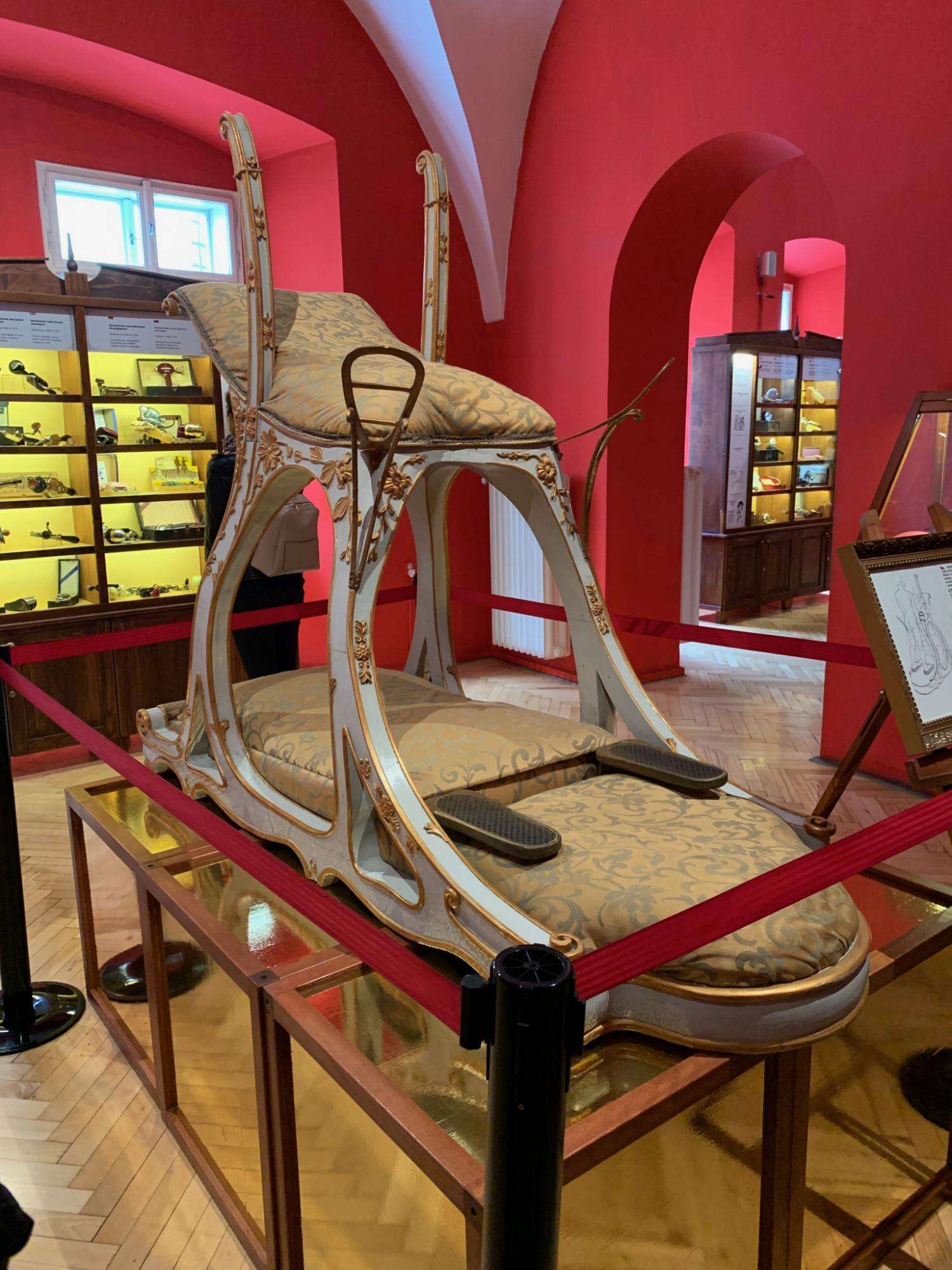 Lego Museum in Prague: interesting for both children and adults 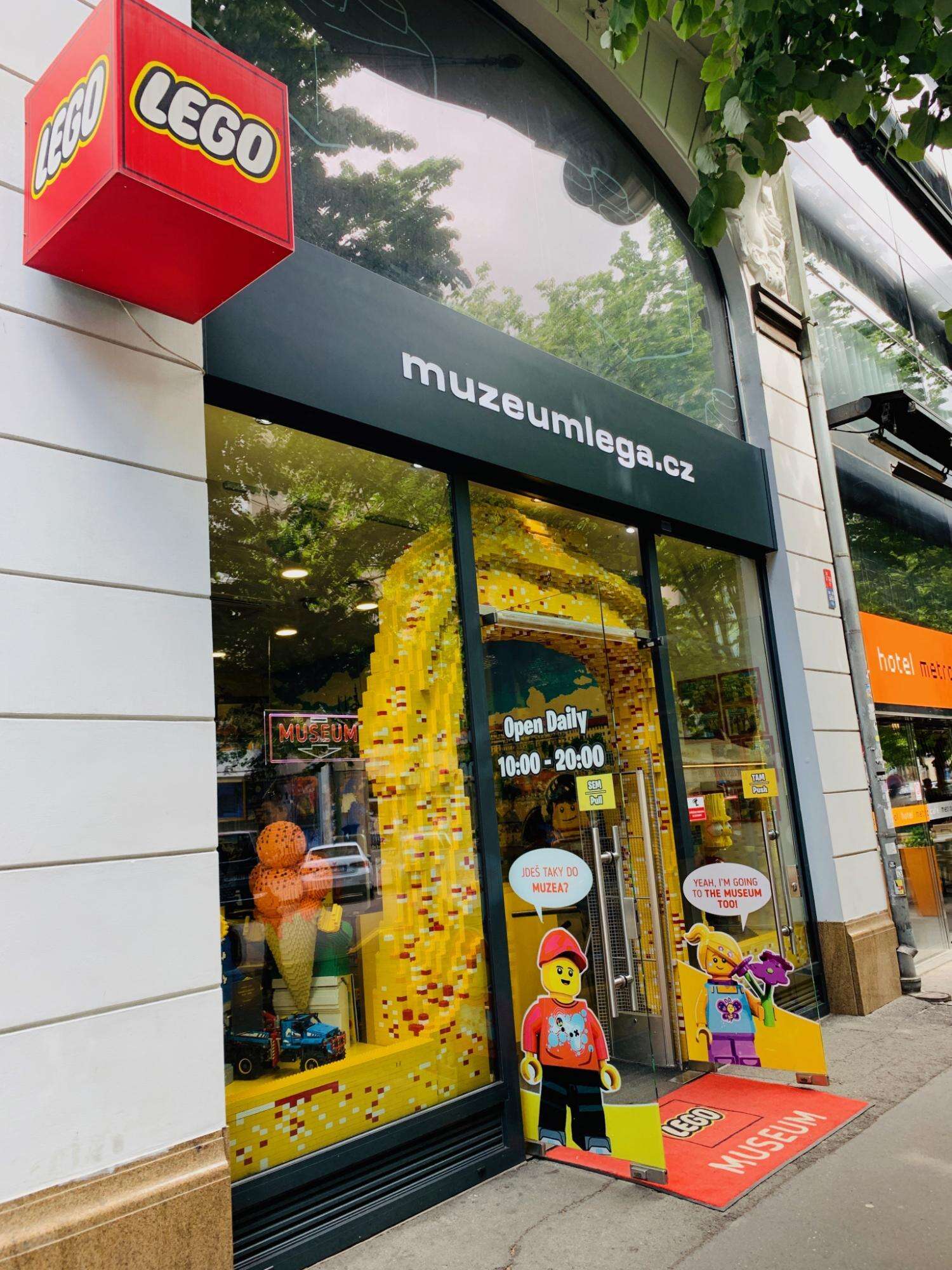 Prague LEGO Museum is a real value for building blocks' fans, and it is also the largest in size and number of exhibits not only in the Czech Republic, but also in the world. More than 3000 unique models are waiting for you on a 420 sq. m territory, as well as 20 thematic expositions for the construction of which more than 1,000,000 cubes were used. 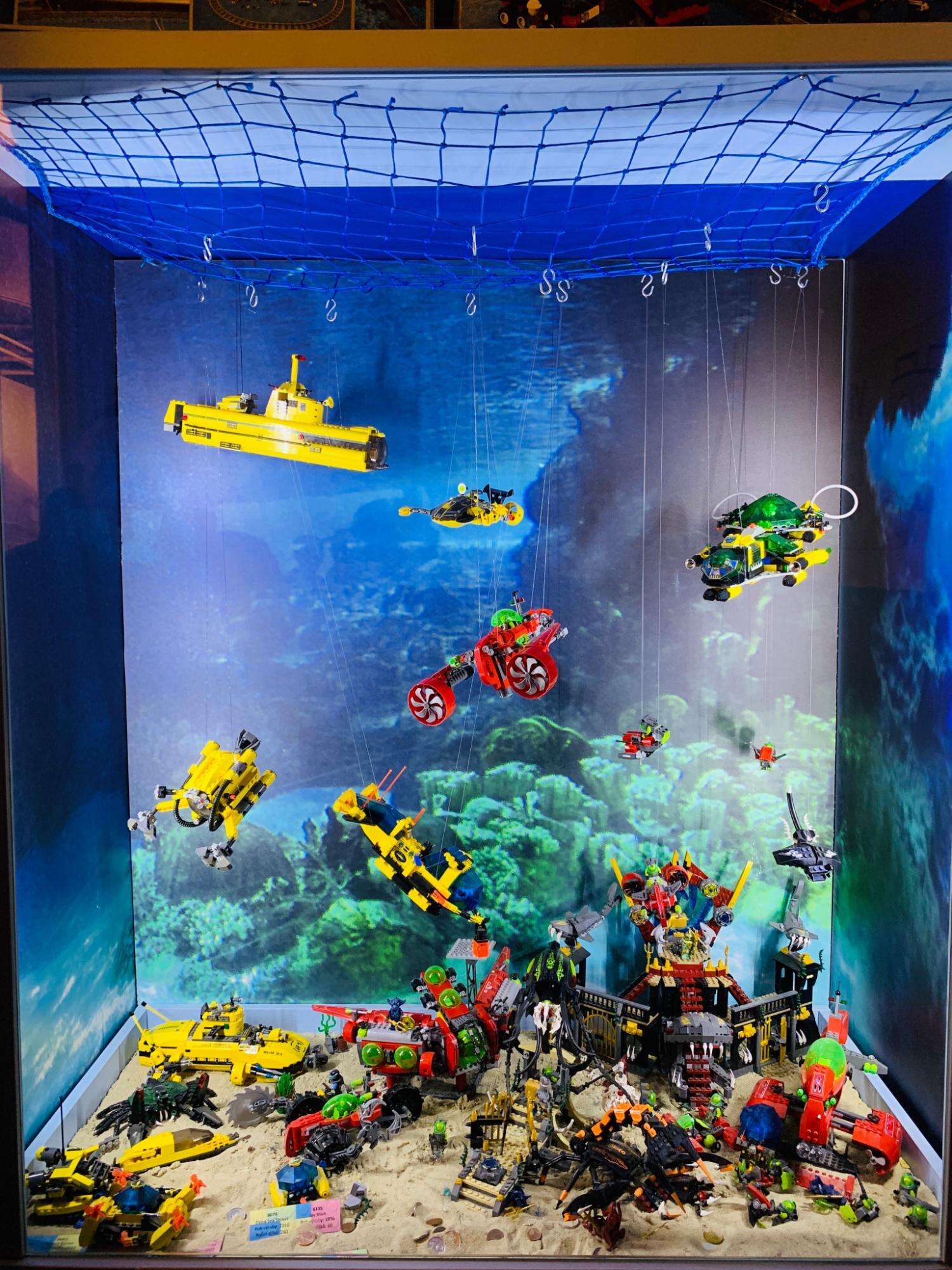 Exhibits, toys and Lego details are presented in this museum, starting from the 1950s - that means literally from the day the company and the building blocks were founded. 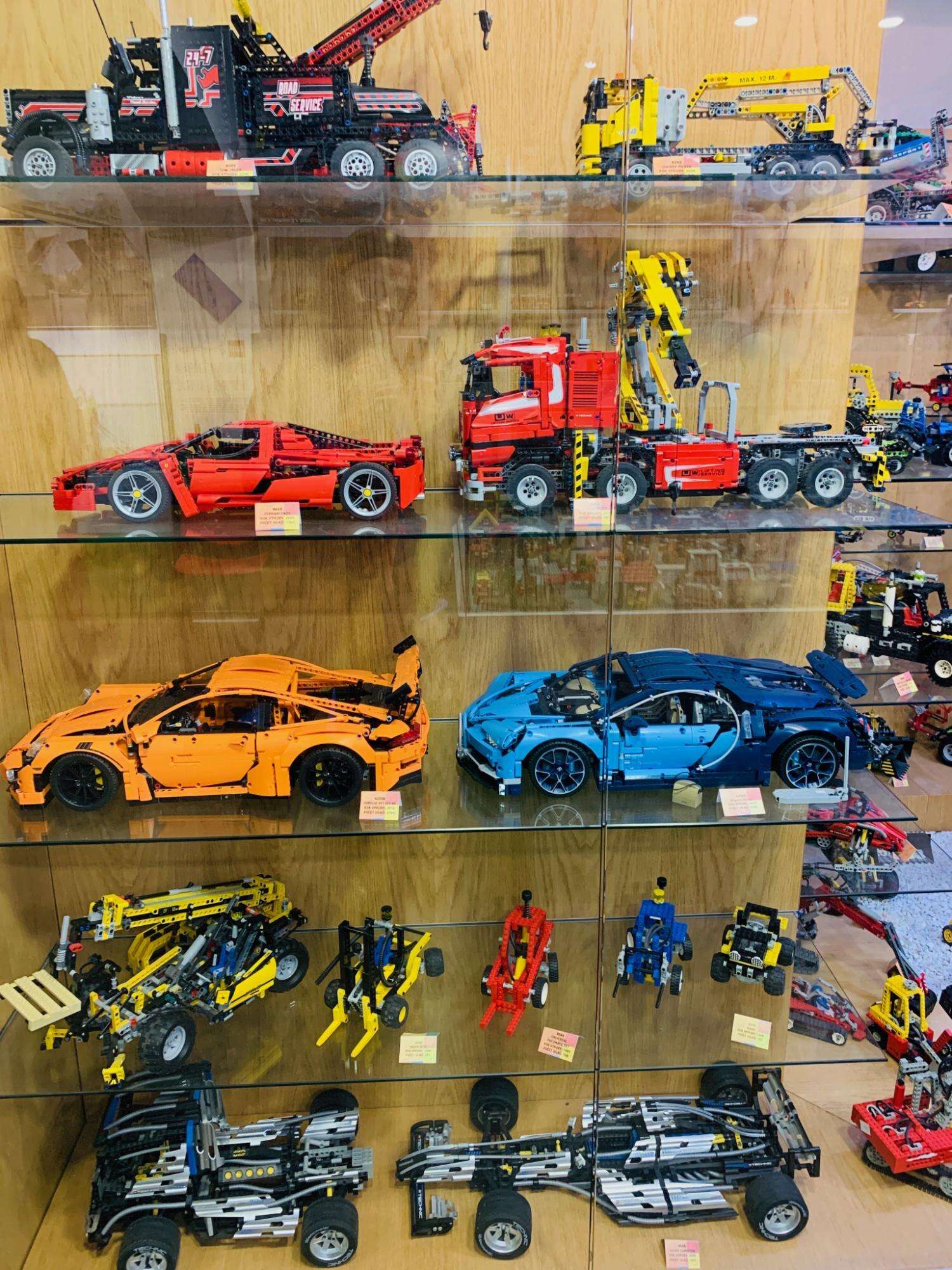 The museum is open from Monday to Sunday from 10 am to 8 pm. A regular ticket costs  250 CZK, but there are family tickets and discounts for children, students and pensioners. Children under 3 years old can enter it for free. 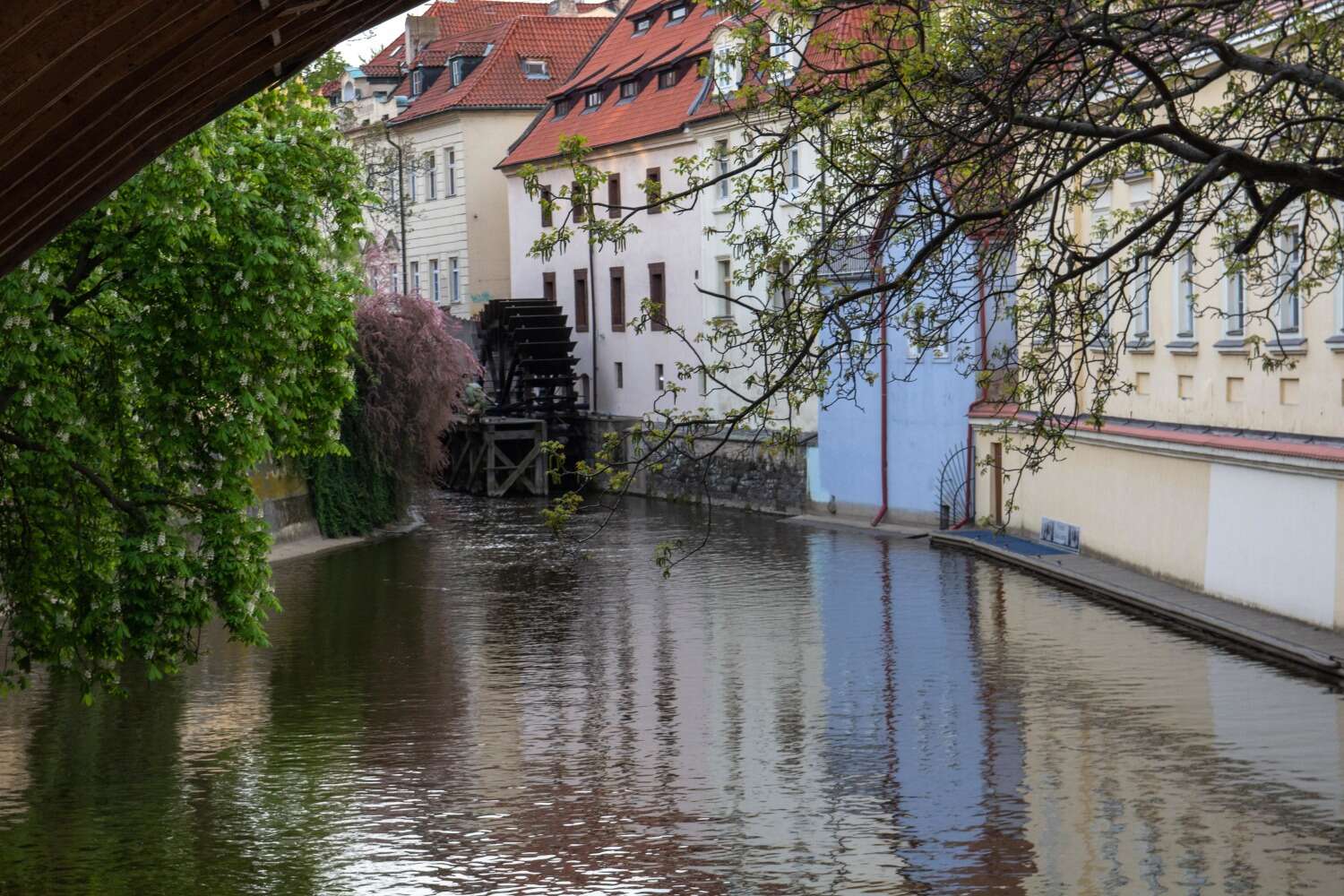 In the evening, we recommend booking a table in the inn restaurant and enjoying an authentic presentation and dinner, where both the serving and the size of the dishes will be in the spirit of the Middle Ages. For example, one of the oldest pubs in Prague - “At Barbant King” ("U Krále Brabantského") is shrouded in many legends and tales. Alchemists, executioner Jan Midlař, Mozart and Czech playwright Jaroslav Hašek visited this place. 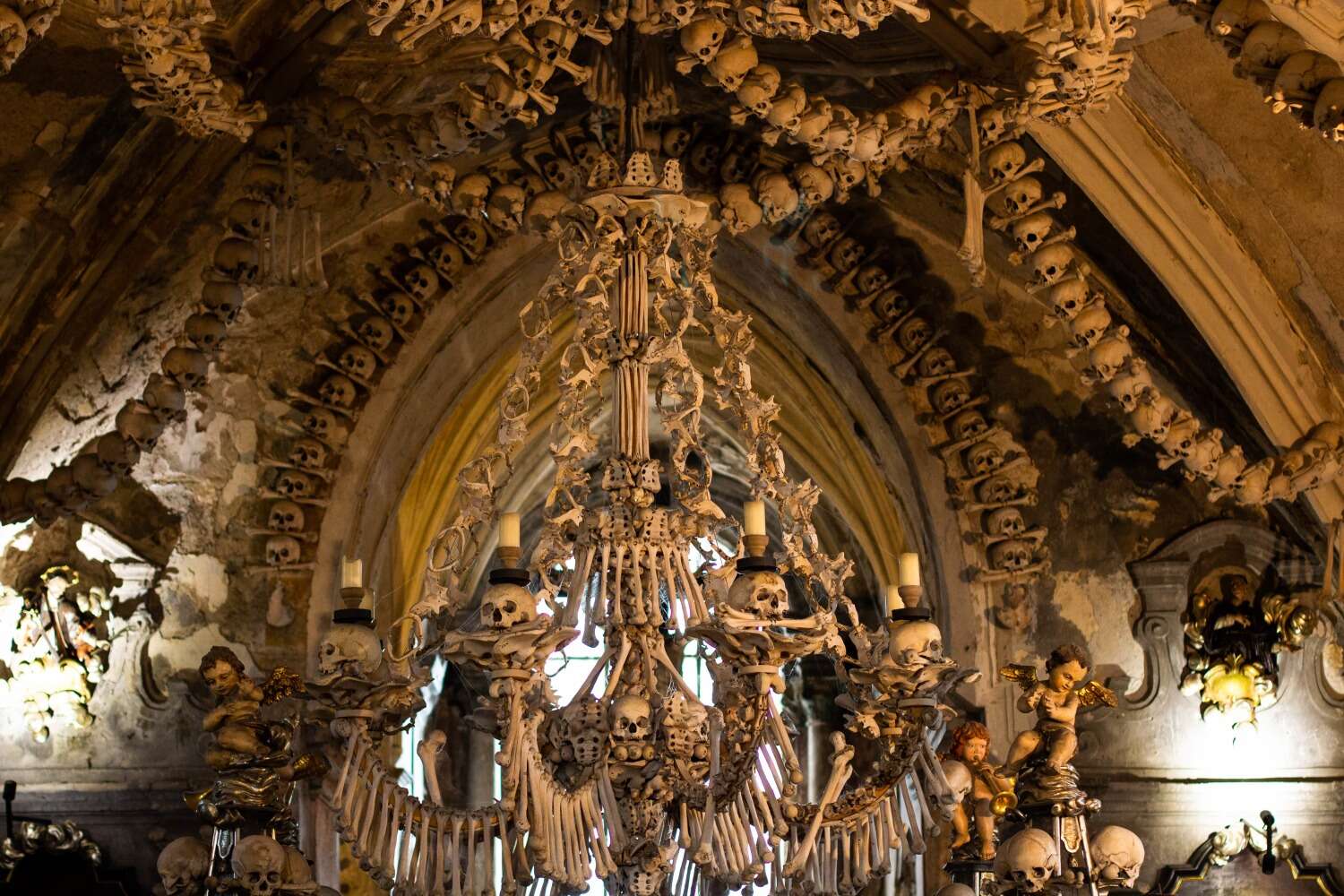 60 kilometers from Prague in the Czech town of Kutná Hora, there is an unusual attraction, thanks to which it became world famous. This is a fascinating and at the same time frightening Kostnice, whose interior was designed from 40,000 human skeletons. 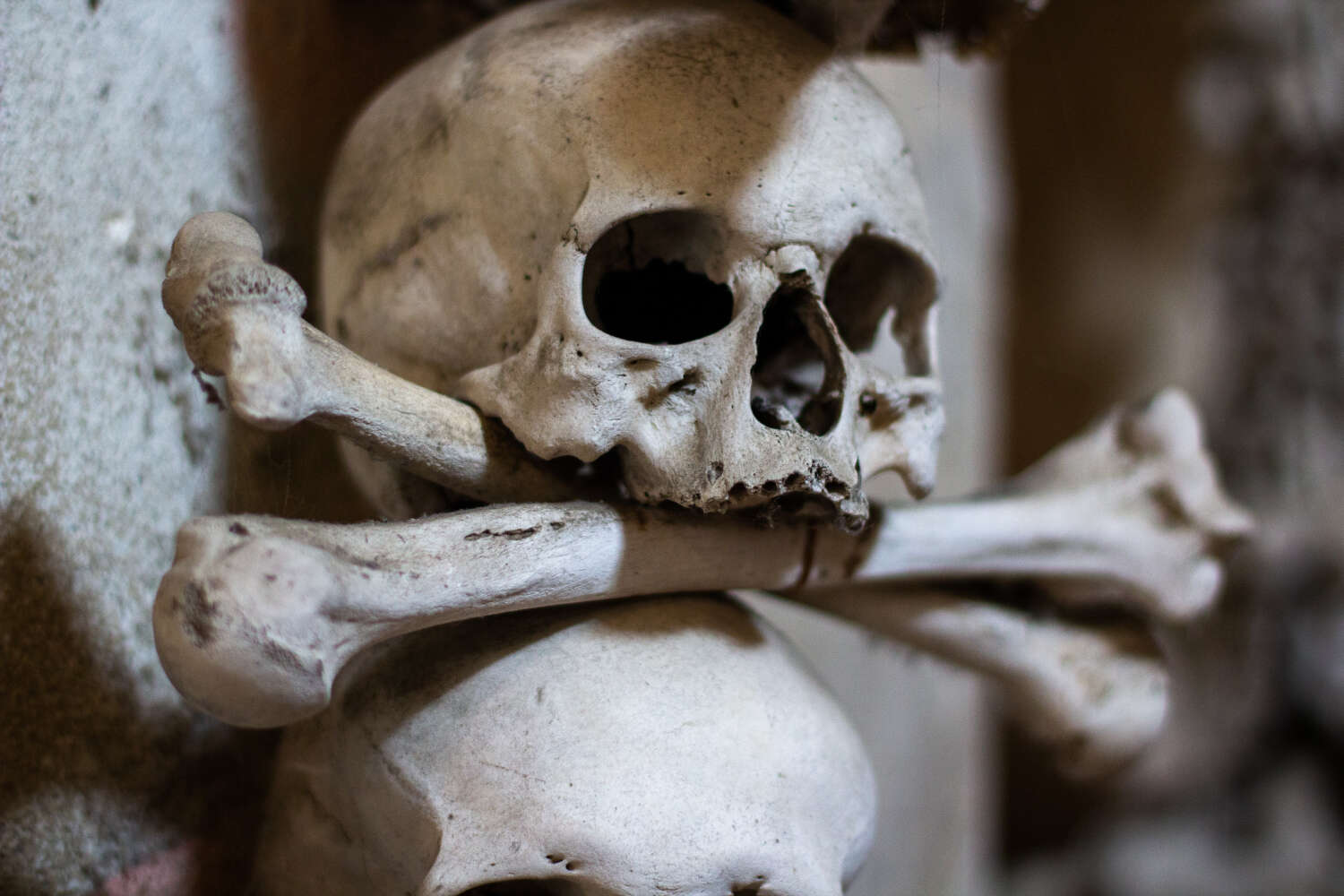 You can get here any day from 9 am to 5 pm (from October to March) or until 6 pm (from April to September and on Sundays), except December 24.

Before you arrive, it is better to check the latest information on the official website. 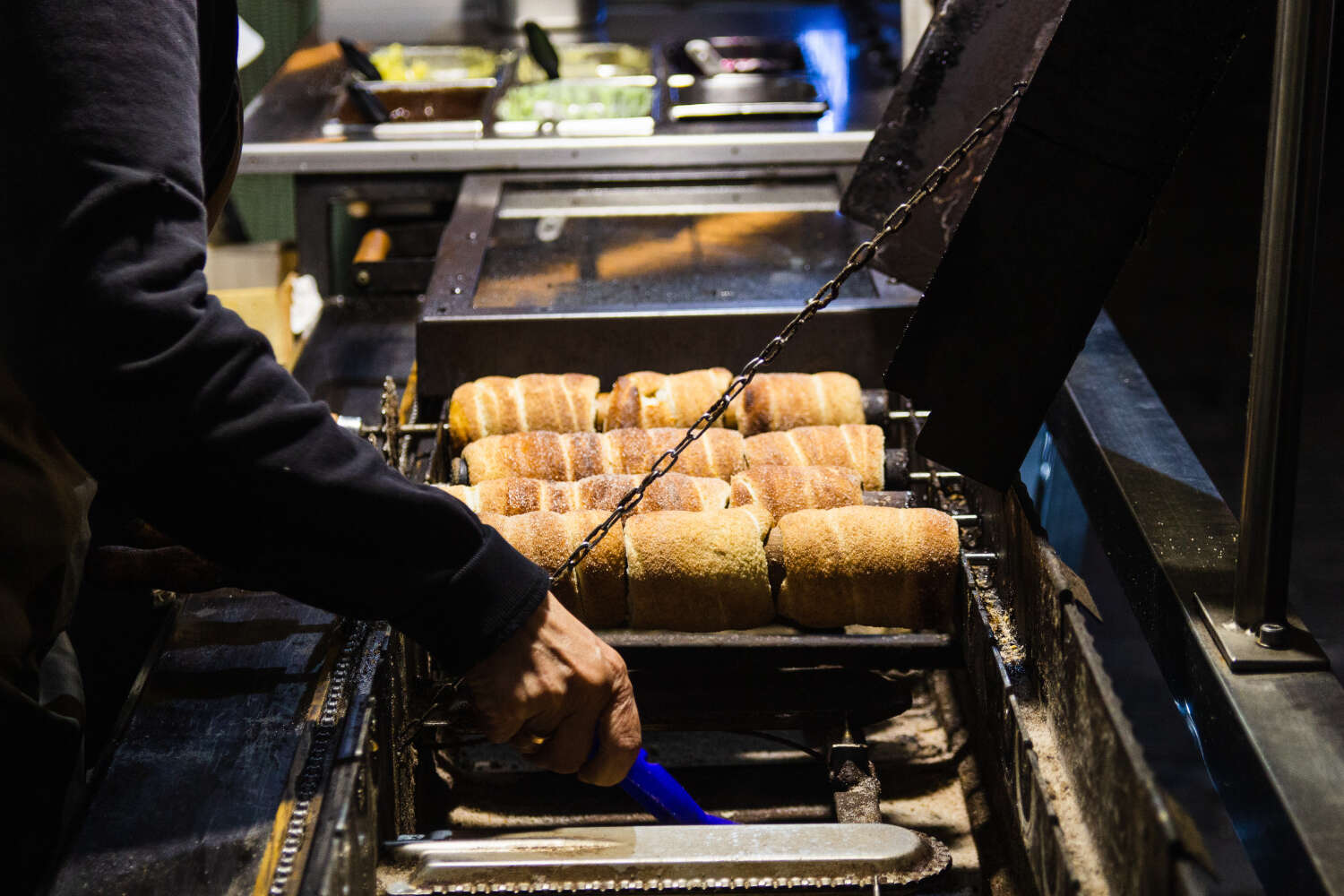 Don't forget to try the national delight - trdelník (or trdlo), drive on a Czech tram and walk along the narrowest Vinárna Čertovka Street, in order to feel better the Prague atmosphere and fall in love with this city forever. 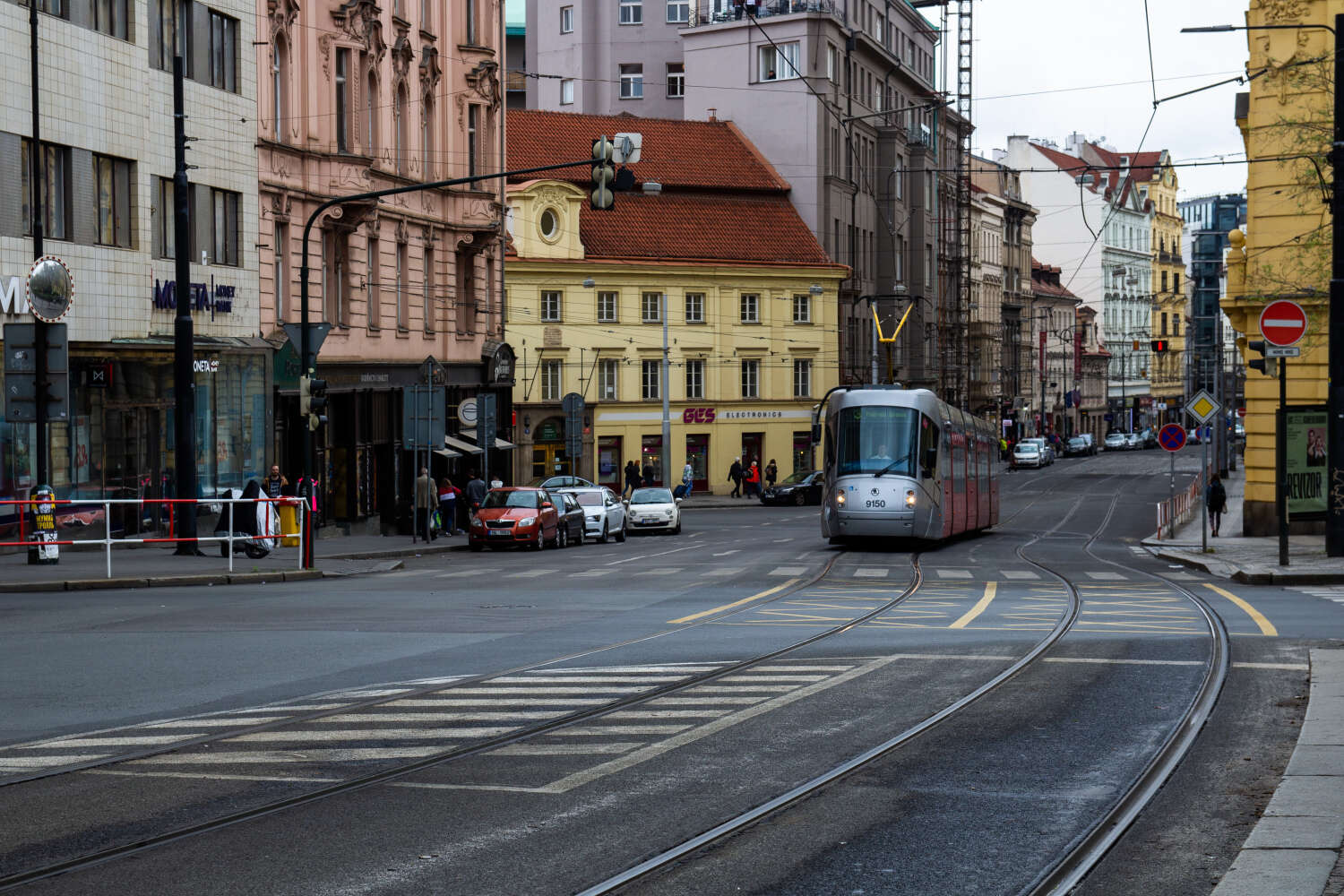