One of the world's most iconic prehistoric monuments is called Stonehenge. More than 1 million people visit the site annually. In 2001, the attraction became a finalist of the New 7 Wonders of the World project. And, despite the fact that the historic monument did not become the winner of the project, the number of tourists is constantly growing.

Travellizy Team invites you to discover secrets, facts and assumptions of archaeologists and scientists as well as for what and why Stonehenge was built.

In Wiltshire, England, 130 km from London, on the Salisbury Plain, there is Stonehenge, the greatest historical mystery. At first glance, the monument is a mix of a pile of huge stones, some of which are connected to each other by stone lintels, some just stand side by side. And all this is inside the earthen berm.

Why Stonehenge was built

There are multiple assumptions why the monument was built. Here are a few of them. In 1136, Geoffrey of Monmouth suggested that the site was erected to commemorate the leaders of Britain. They were treacherously slain by the Saxons immediately after the collapse of Roman Britain.

In 1620, Inigo Johnson's research showed that the structure was most likely designed by the Romans. Presumably, as a temple to Apollo. And in 1740, William Stuckley declared that the building belonged to the pre-Roman Celtic clergy, descendants of the Phoenicians, the Druids. They worshiped the sun. 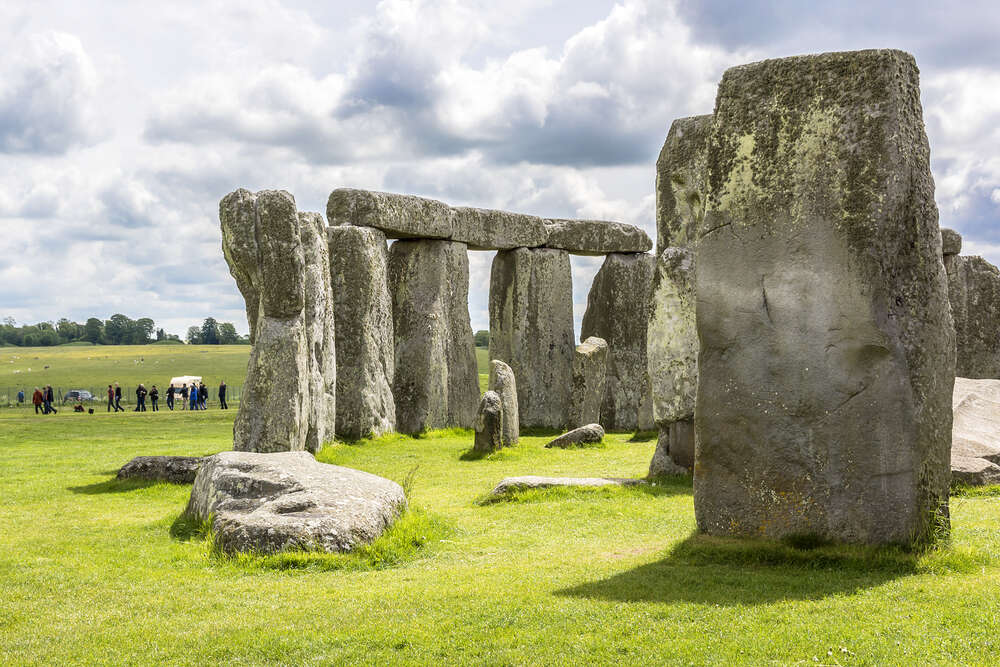 Later, the assumptions were made that this is generally a structure that existed before the Flood from the Old Testament. Astronomers put forward theories that Stonehenge is a kind of observatory and computing machine. Astronomical events were calculated with its help. And, despite the fact that this theory was disproved, winter and summer solstice are the most popular times to visit the attraction.

Is Stonehenge just part of the complex?

In an attempt to discover the true reason for the construction and existence of the monument, two more structures were discovered in the surrounding areas. These are Avebury Ring and Silbury Hill. If you look at all these landmarks on the map, it will become obvious that they are part of an equilateral triangle. This fact leads researchers to the conclusion that Stonehenge is only part of a certain complex.

Stonehenge is far from its original state and is badly damaged. Particularly admirable is the fact that the monument was erected using only stone and bone tools.

The construction took place in several stages. The beginning was laid 4500 years ago. Then a round fence was made with an outer moat. Initially, cremations took place here. It is believed to have been a burial place. Traces of 240 cremated residents of northern Scotland, west Wales and Ireland were found during the excavations.

The stone circle known today dates to the late Neolithic period, about 2500 years ago. The earthen berm and the moat, adding new stones, the change in their locations - everything dynamically developed and changed before it has reached us as it is today.

How many stones are there in Stonehenge?

In fairness, it should be noted that none of the stages of the construction of the monument was completed. It has been an evolving construction project all the time. And for its construction, two types of stones were used.

So, if we consider that the outer ring of sarsen stones (large blocks of sandstone) is completed, then 30 columns and 30 lintels were used. Additionally, 5 trilithons (elements of 3 stones), which are located in the center. So, the total is 75 sarsens. However, 10 more holes for stones were found, which for some reason were moved or taken away. 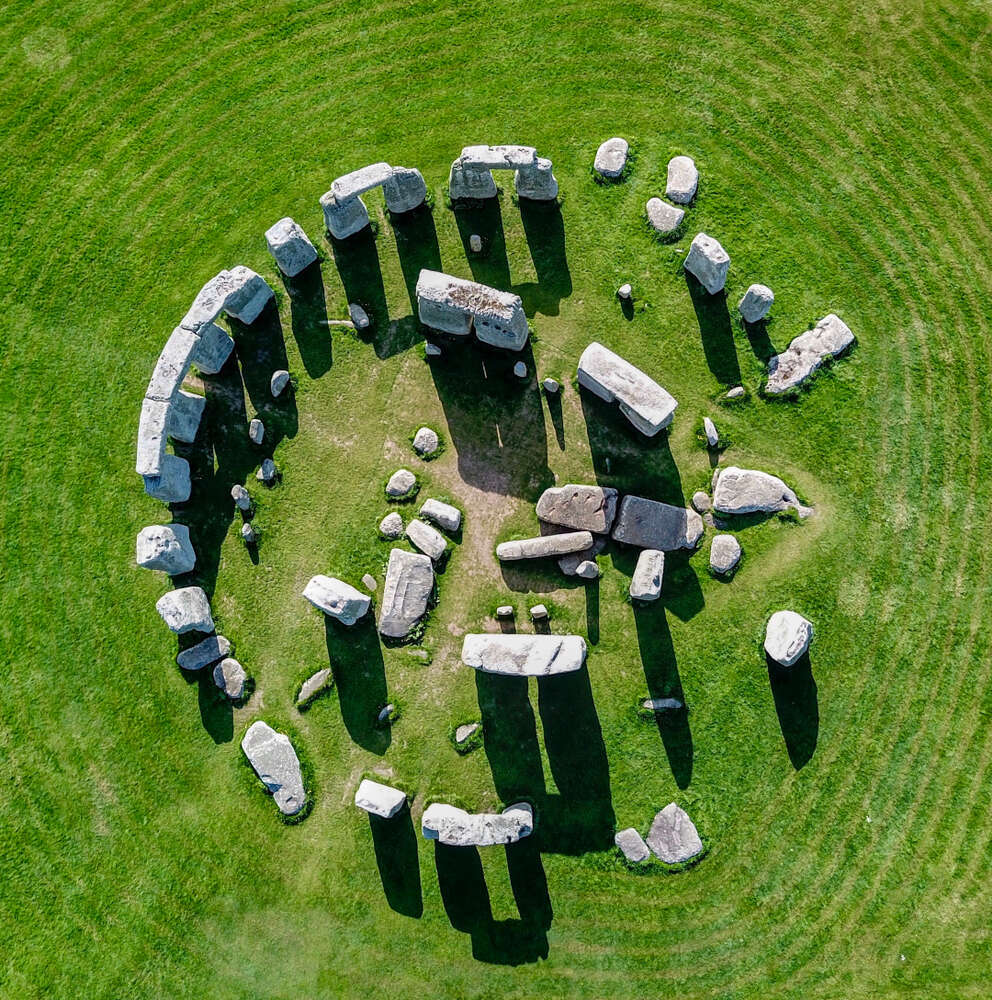 In addition to the sarsens, there is the Altar Stone, a huge monolith of sandstone + many blue stones. Perhaps the outer circle consisted of 60 blue stones. The inner horseshoe consisted of 19, but only 6 survived. It is believed that this place originally had 169 stones.

Sarsens, the stones for construction, were discovered by geologists 25 km from the monument. Each of the stones weighed 30-40 tons. The smaller blue stones are of magmatic and volcanic origin. And they were found at a distance of 250 km from the prehistoric structure.

The acoustic properties of stones were discovered, which is why they are also called ringing. A loud projection sound is heard upon impact. Ancient people believed that such stones had healing properties. This is another reason why materials were delivered from afar.

What threatened the disappearance of the landmark

Originally, there was a military training ground on the Salisbury Plain. During the First World War, mine training activities were carried out here as well as practicing in tank shooting. The planes of the Royal Air Corps glided over the very peaks of the sarsens. This caused several stones to move and split.

Until the end of the 19th century, some tourists constantly broke off pieces of stones in order to take them away. Others engraved their names on the rocks. And fans of campfire gatherings made themselves comfortable inside the circle, digging holes and undermining the stability of the structure.

Unlimited access to Stonehenge has resulted in soil erosion and permanent debris after picnics. The nearby trails vibrated the soil, and the stones settled imperceptibly. The caretakers protected the monument as much as possible, but this did not help. The real solution came when the tracks, parking lot and Visitor Center were moved further from the attraction.

And in the 1880s, Charles Darwin found another reason why Stonehenge was sinking. This was largely due to the activity of earthworms.

The area around Stonehenge

Tourists wishing to visit Stonehenge first get to the Visitor Center. Visitors need to buy a ticket here, if there was no advance booking. It is also suggested to visit the shop with souvenirs, books, clothes. There is a local cafe for refreshments before & after a long walk and a museum exposition to get acquainted with the times of construction.

A free shuttle takes you from the Visitor Center to Stonehenge itself. The bus stops in the Fargo Valley, from here, you can get off and walk to the prehistoric monument, looking forward to meeting. 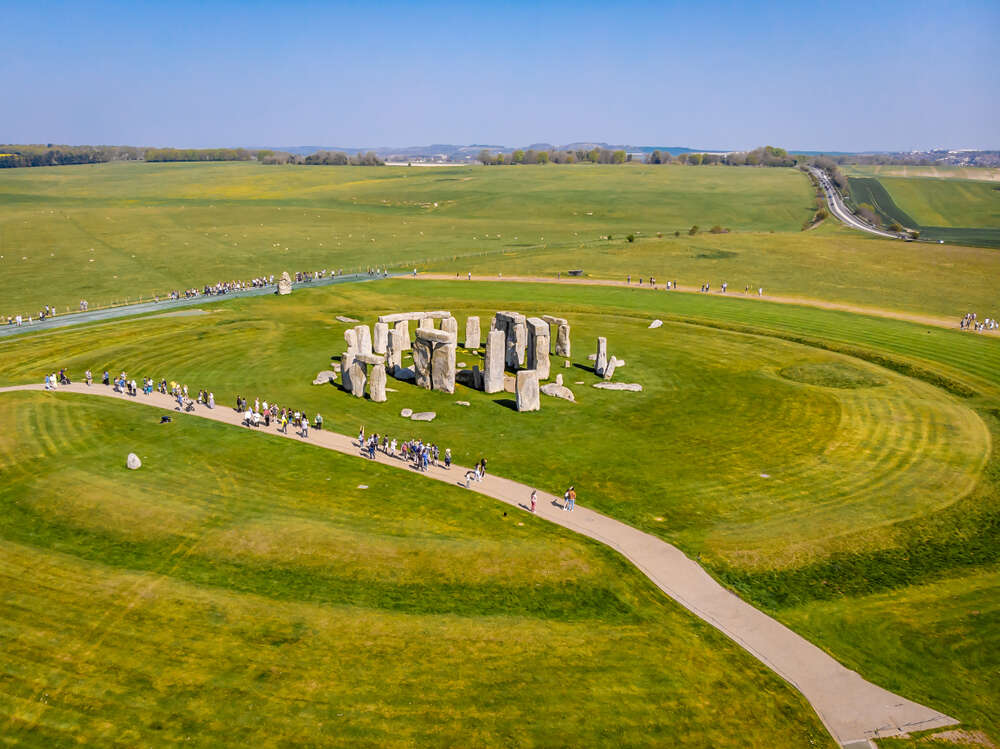 How to get there. Travel time from London to Stonehenge takes 2 to 4 hours. The nearest train station in Salisbury can be reached in 2 hours. Here is the schedule from London Waterloo station: 6:30-23:40 with interval 30-40 minutes. The ticket costs € 40.

Visiting hours and entrance fees. In summer, the attraction is open from 9:00 to 20:00. Depending on the season, it may close later and open earlier. General ticket price for a child is € 13, for an adult - € 22. The ticket does not provide an opportunity to approach or enter the Stonehenge circle.

To see the inside of Stonehenge, you need to choose the Stone Circle Experience package. It gives the opportunity to see the structure for 30 minutes from the inside and 30 minutes outside at sunrise or sunset. It is also allowed to take as many photos as you wish. But you may not touch the stones. The cost of such an experience is € 52 for an adult and € 32 for a child under 17. For € 7, it is possible to take an audio guide.

Important information. Book your tickets in advance to make sure you enter the attraction site.

For the record. You can take a virtual walk around Stonehenge here. 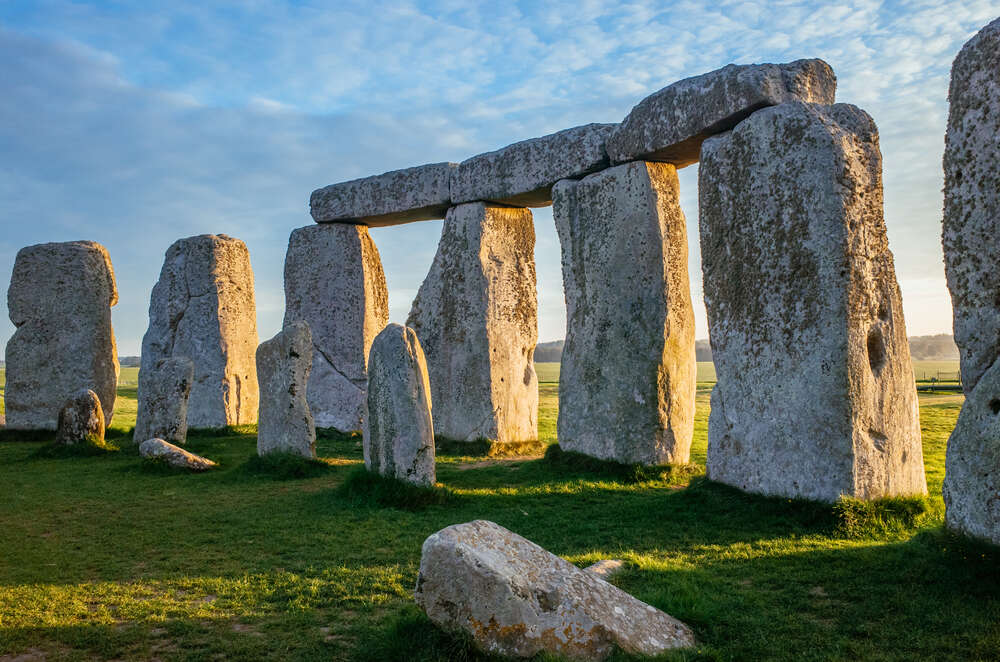 Both historians and visitors are still confused to this day. And, despite significant researches of respectable archaeologists and scientists, no one can say exactly why and how the stones were laid for Stonehenge. Travellizy Team is waiting for your versions and opinions.