The romance of the unknown Faroe Islands

Until a few years ago, no one knew about the Faroe Islands and their location. Unlike their sister Iceland, this place is not so popular, but more and more people learn about it. Travellizy Team wants to introduce you to the previously unexplored Faroe Islands. 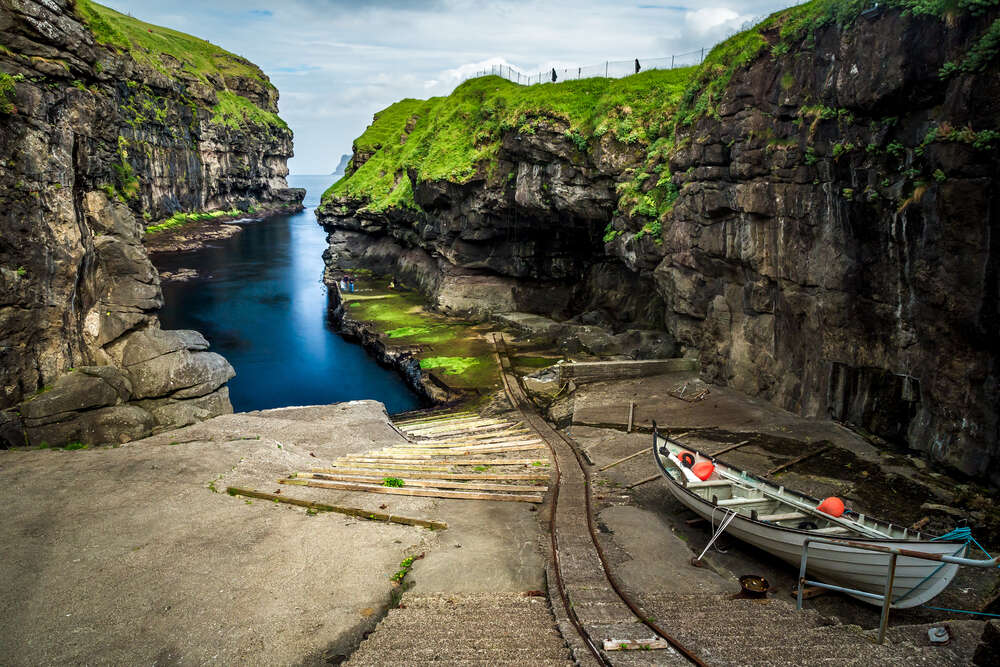 The Faroe Islands are located in the North Atlantic Ocean somewhere between Iceland and Scotland, but officially this place is the autonomy of Denmark. The archipelago consists of 18 small islands formed after a volcanic eruption. Torshavn, the capital city of the Faroe Islands, is located on the island of Streymoy. 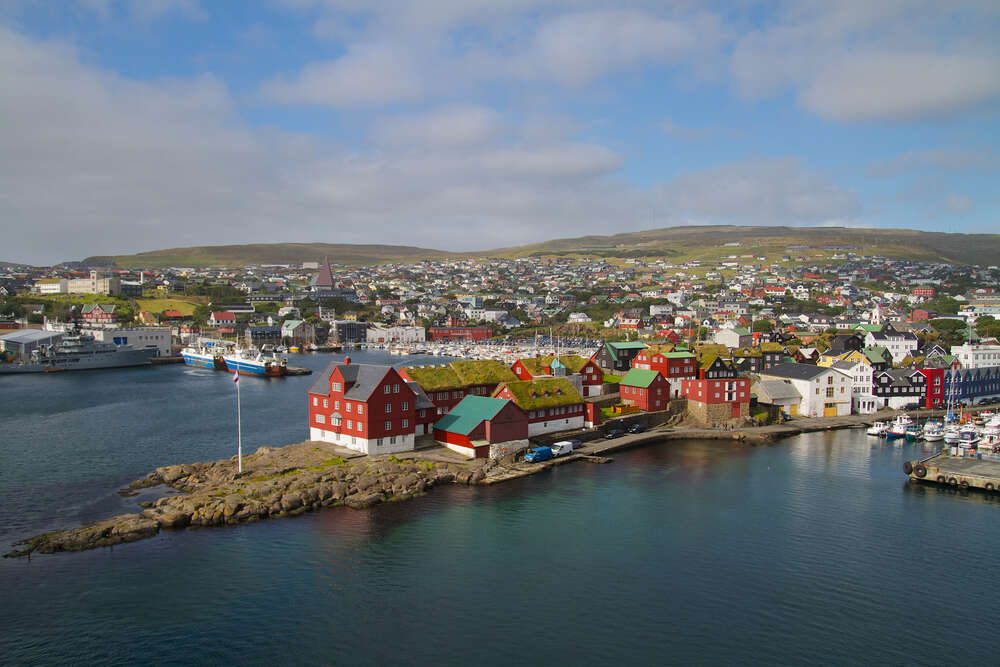 Interestingly, the Faroe Islands are not part of either the European Union or the Schengen countries, but when crossing the border, the Schengen visa is applied. To get to the islands, you need to apply for a visa at the Danish embassy, ​​but if you have a biometric passport, you may not need it at all.

Unbelievable facts about the Faroe Islands

The uniqueness of the Faroe Islands is manifested in several things. First, there are no trees here. Wood is imported from other countries, and this leads to another interesting fact.

The roofs of houses in the Faroe Islands are covered with grass. This is done not only in small towns, but also in the capital: all the old and new buildings of Torshavn are covered with grass instead of tiles. Due to the fact that in the Faroe Islands, they have nothing to do the roofing with, it was decided to use grass with soil, as it is good drainage and excellent insulation. 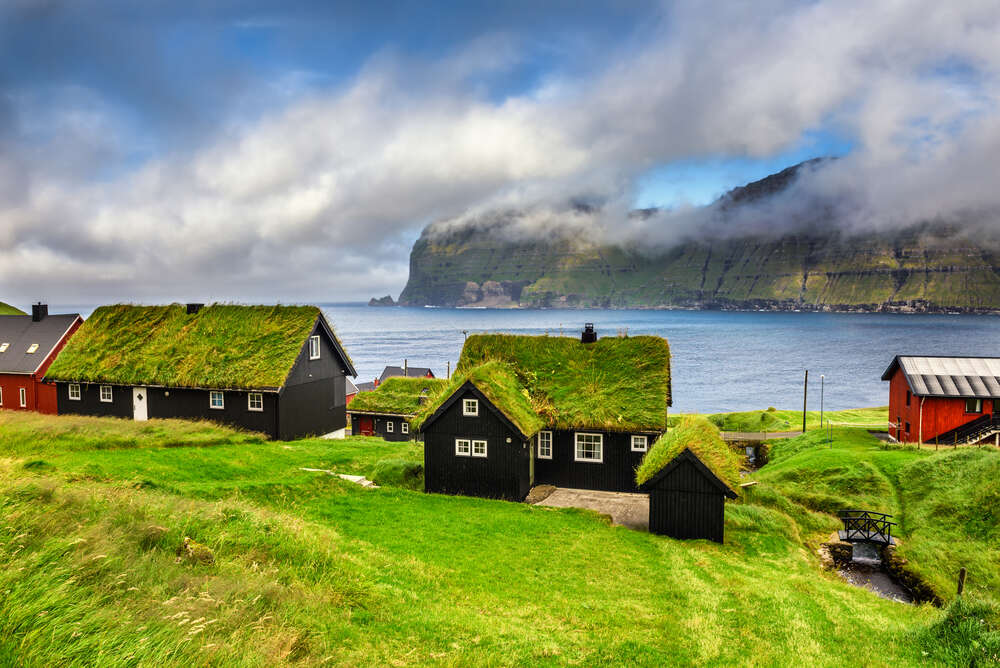 Torshavn, the capital of the islands, is home to 19 thousand people, which is about a third of the total population of the Faroe Islands. Yes, there are not many people on the islands, just about 50 thousand, they even have more sheep - about 80 thousand heads, so the Faroe Islands are sometimes called sheep islands. It was the sheep who were able to draw the attention of the whole world to the Faroe Islands. Until 2017, it was impossible to view the Faroe Islands panorama on Google Street View - the company simply did not provide a car to go around the area. In 2016, Durita Dahl Andreassen, an employee of the tourism office in the Faroe Islands, created the Sheep View 360 project: she attached cameras to the backs of wild sheep and sent them for a walk along the archipelago. Videos from the sheep instantly spread over the Internet and became so popular that the authorities of the Faroe Islands started to use them on the official pages of their social networks. 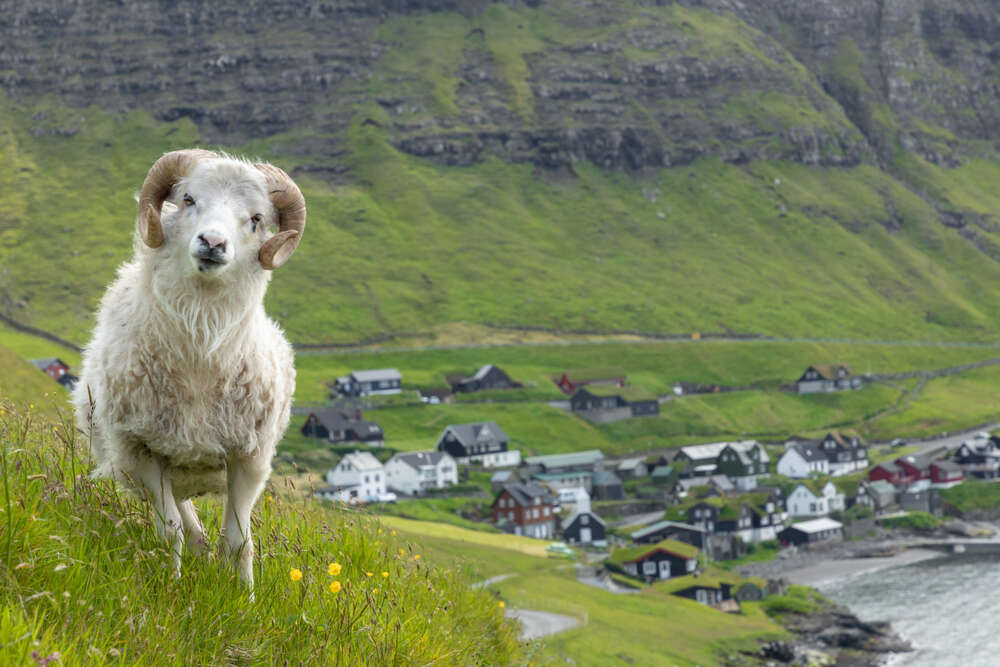 What to see on the Faroe Islands

- Roykstovan, the oldest wooden house of the Faroes, has experienced a lot. It is located near Torshavn, in the town of Kirkjubour, where the history of the Faroe Islands begins. Rojkstuvan is 900 years old and people still live here! Johannes Partusson is a 17th generation native Faroese, a descendant of the Royal Courtyard caretaker and resident of this house. This man with his family occupies rather only half of the house, because there is a museum in the other part. 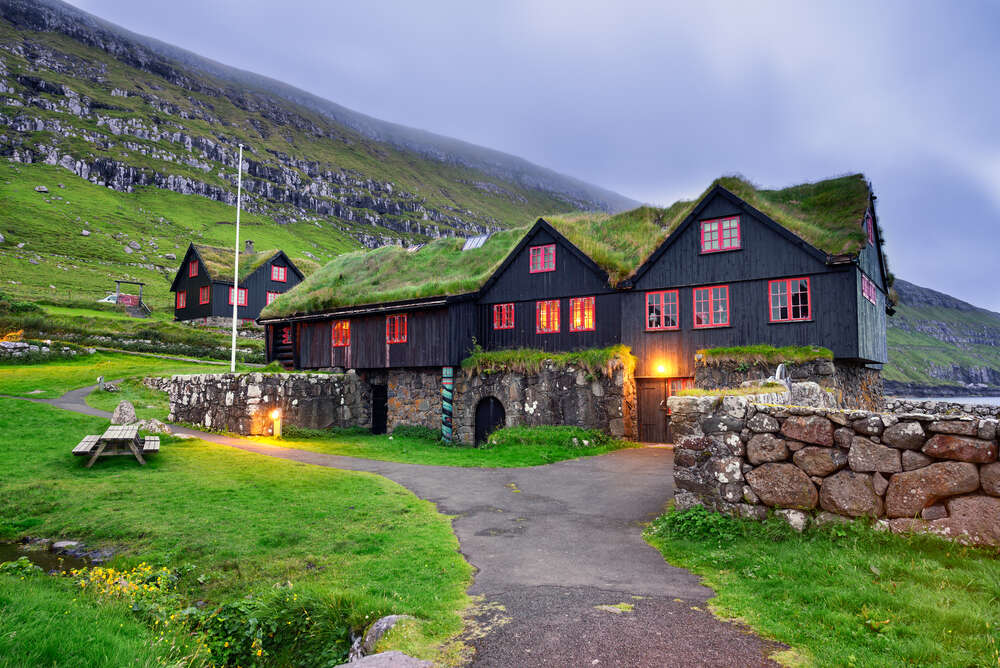 - The village of Saksun is located in a place where there was once a fjord with high cliffs, until in 1600, a storm blew sand to the bay and blocked it. Now, instead of a fjord, there is a small cozy lagoon, where only small boats can get at low tide. This is a very photogenic place with its own surroundings. 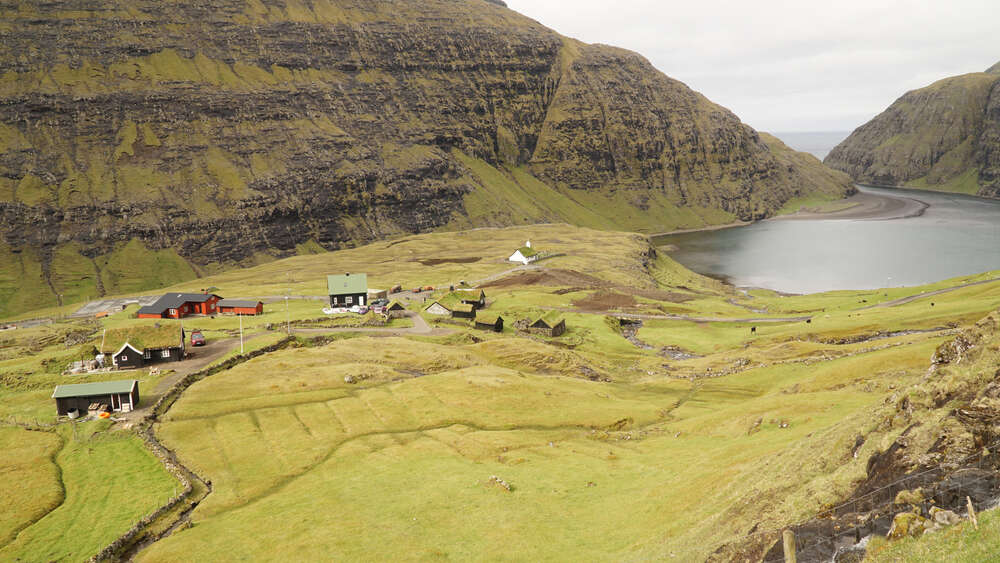 - The Vestmanna Bird Cliffs are about 700 meters high on the coast of Vestmannabjørgini and are famous for their huge bird colonies. Auk, puffin, guillemot, fulmars and other birds live here, and their singing echoes throughout the area. The best way to feel the power of this place is on a grotto cruise, when flocks of birds fly overhead. 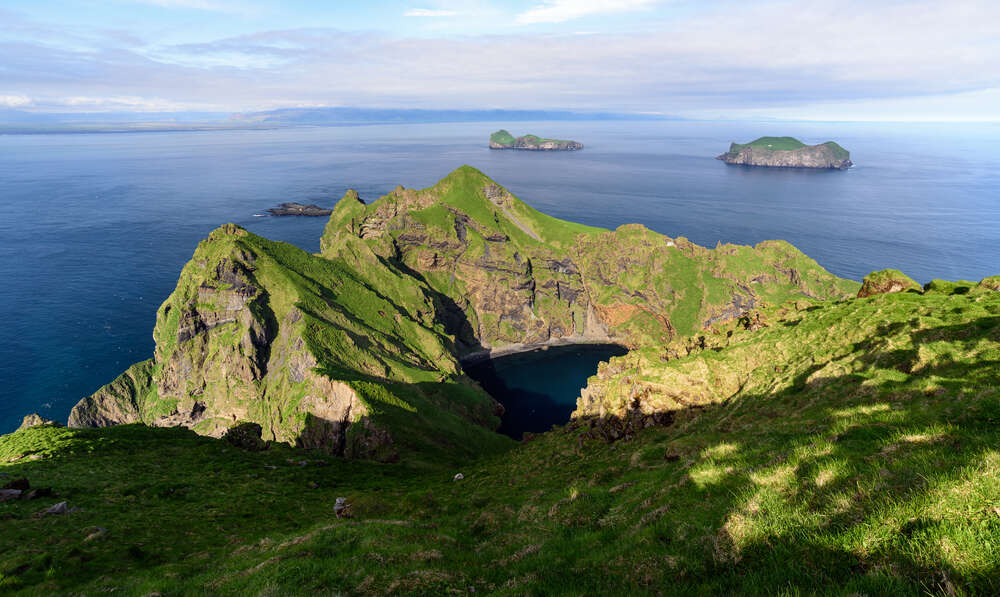 Gjogv is the northernmost village on the island, with a population of only 50 people. This place looks like a painting: a picturesque gorge, a large harbor and sheer cliffs along the edges. Lovers often come to the shore, because romance and warm feelings are in the air. The village is also home to the only operating railway in the Faroe Islands, which is designed to transport cargo from boats. 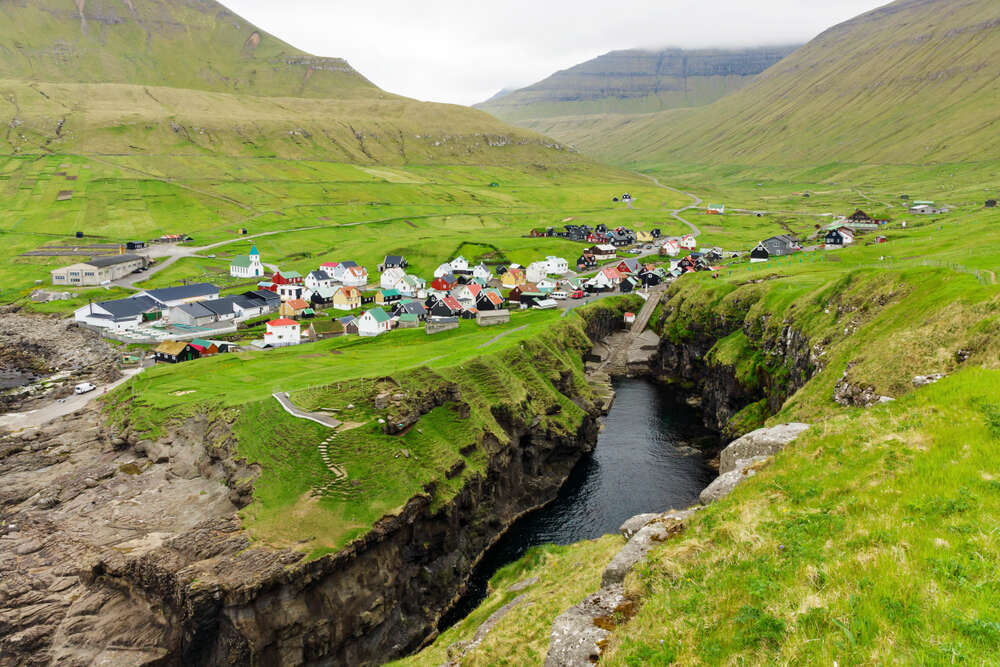 Cape Enniberg is the extreme point of the island and also the highest cape in Europe. It rises as much as 750 meters above the water! The steep slopes of the promontory are home to many birds that can be seen on a dizzying cruise off the coast of Vidoy. The cape can also be seen from the other side: from the village of Vidareidi, a path begins to the top of Enniberg, from where a breathtaking view opens in clear weather. 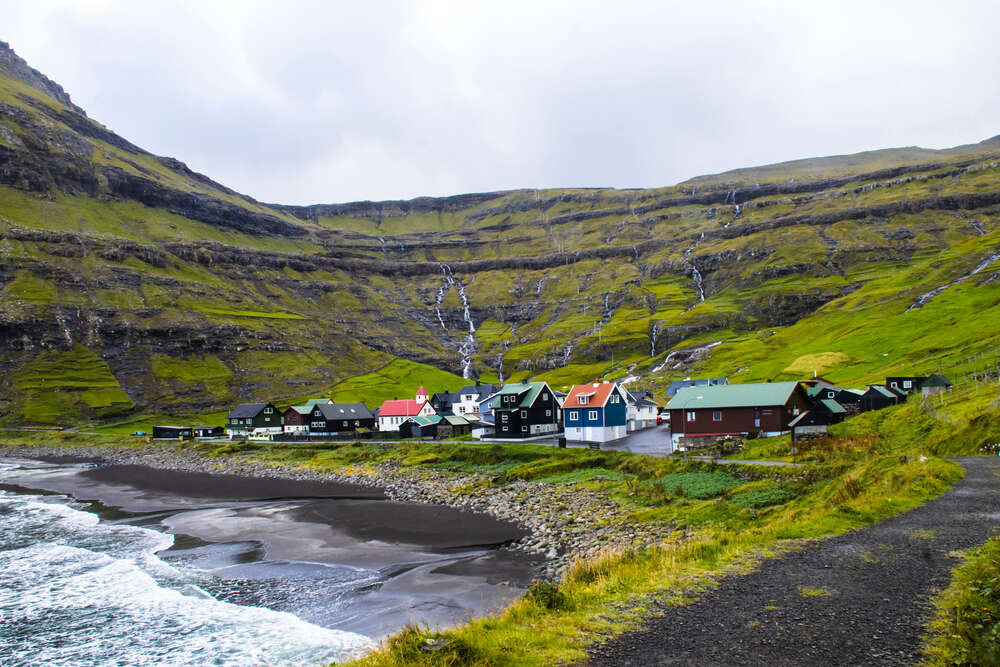 Lake Sørvagsvatn is the most unique natural landmark of the Faroe Islands. This lake seems to hang over the Atlantic Ocean, but in fact is located on the Slave Cliff. The power of this place is given by an optical illusion: it seems that the lake rises at a height of about 100 meters above the ocean, however, Survagsvatn is only 30 meters higher than the Atlantic. The water from the lake flows down the rocks, forming the beautiful Bösdalafossur waterfall. 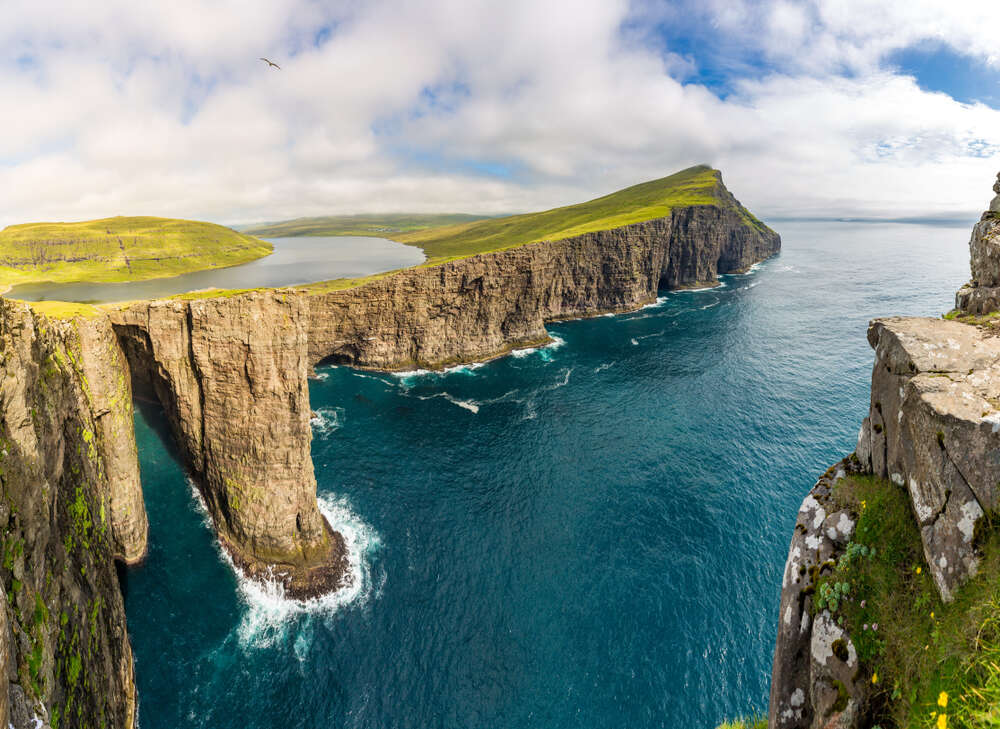 There are not so many housing options in the Faroe Islands. If you want to stay in Torshavn, there are several hotels and hostels. The most popular hotel on the islands is Føroyar. You need to be prepared for the high accomodation prices. They are even higher than in Iceland. Room prices at the Føroyar Hotel start at € 95 per person per night. 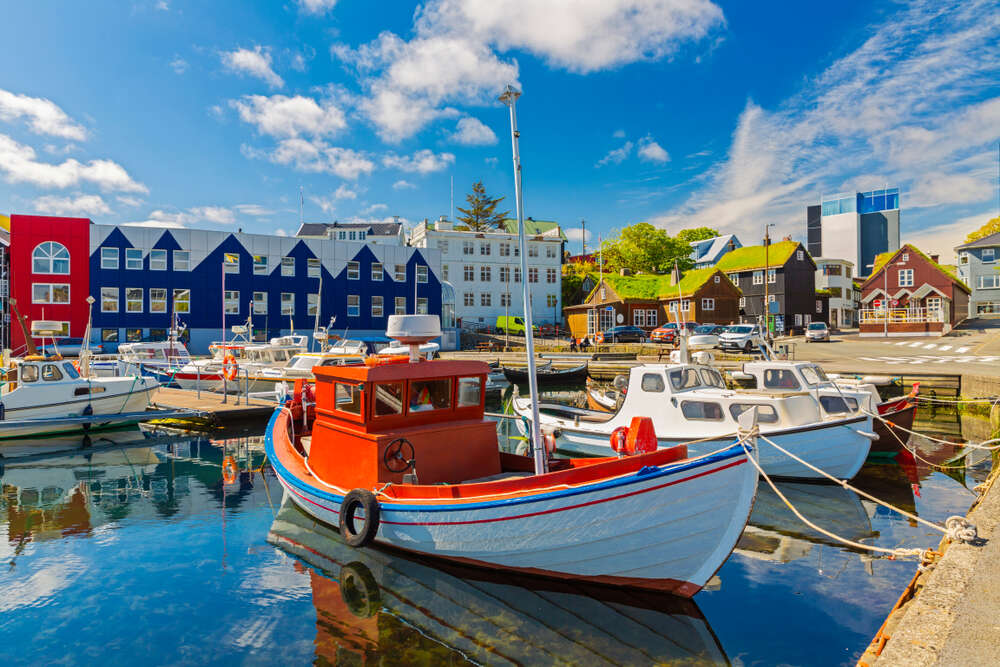 A cheaper option is to rent a guesthouse, a room or even an apartment on Airbnb or Booking. One of the best guesthouses is 62N Guesthouse. There are 2 branches - in the center and in the southwest of Torshavn. For one night in the central guesthouse, you will have to pay from € 90.

The cheapest option is camping: for € 13, you get a tent spot, outlets, hot showers and toilets, and incredible mountain views. Campgrounds are open from May to late August, but they are not available on all islands. 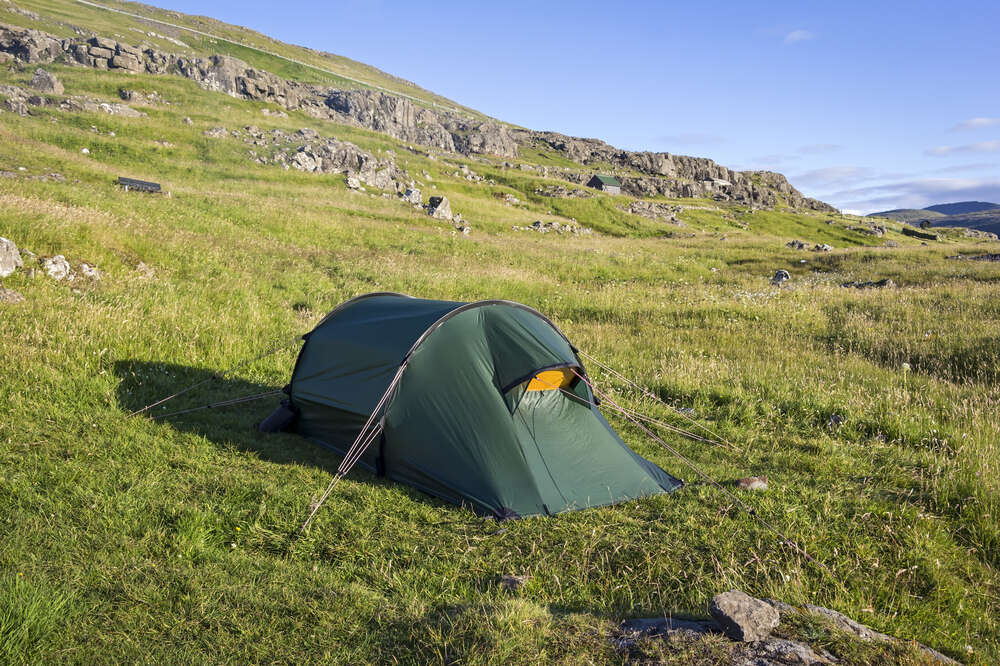 How to get to the Faroe Islands

You can only fly to the Faroe Islands with transfers either in the northern countries (Denmark, Iceland, Norway) or in European cities (Paris, London, Barcelona). The islands have only one airport, Vagar, which is operated by the Faroese carrier Atlantic Airways. Tickets to the Faroe Islands need to be bought in advance, as they are expensive - about € 170 per person and without luggage, and the flights to the islands are irregular. 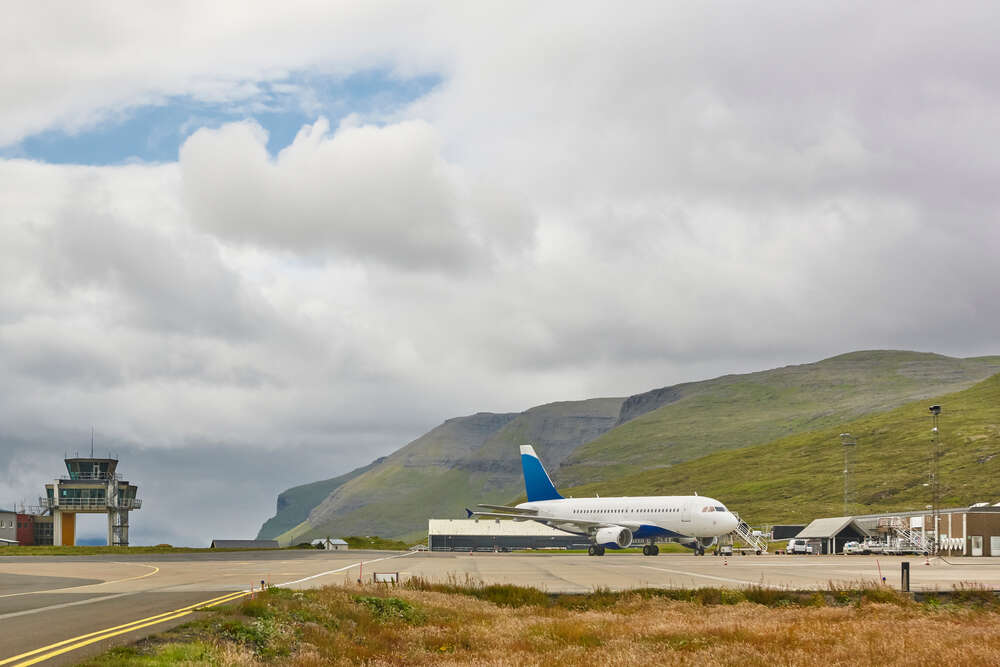 Another option is to reach the Faroe Islands by the Smyril Line ferry from the Icelandic city of Seydisfjordur or from the Danish city of Hirtshals. The cost of the trip starts from € 260 and depends on whether you travel with transport, for example, with a car or motorcycle, or light on foot. 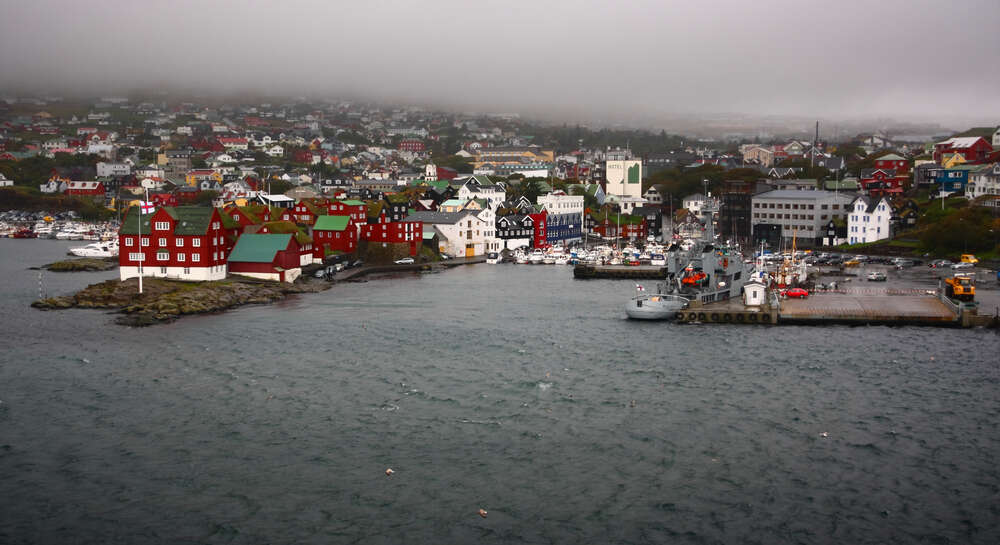 This place is not about five-star hotels, all inclusive and comfortable highways. It is about the beauty of the mountains, walks to the fjords, incredible lakes, houses with grass on the roof and many sheep. The Faroe Islands are perfect for those who have lost the feeling of unity with nature and want to return it with all their might. If this is what you need, then hurry up to book cheap tickets on Travellizy (https://travellizy.com/). See you in the Faroe Islands!