San Francisco is one of the most popular travel destinations on the US West Coast. Millions of tourists come here every year to stroll along the legendary streets and embankments. At the same time, few people know that the outskirts of the city and its ports have been part of a huge defense complex for many decades. Today, Travellizy Team will tell you about San Francisco Bay war past.

The westernmost point of the coast

San Francisco is located on a small peninsula between the bay of the same name and the Pacific Ocean. This is the westernmost point of the US coast, so it was here that the country's military-industrial enterprises were located and functioned for many decades. 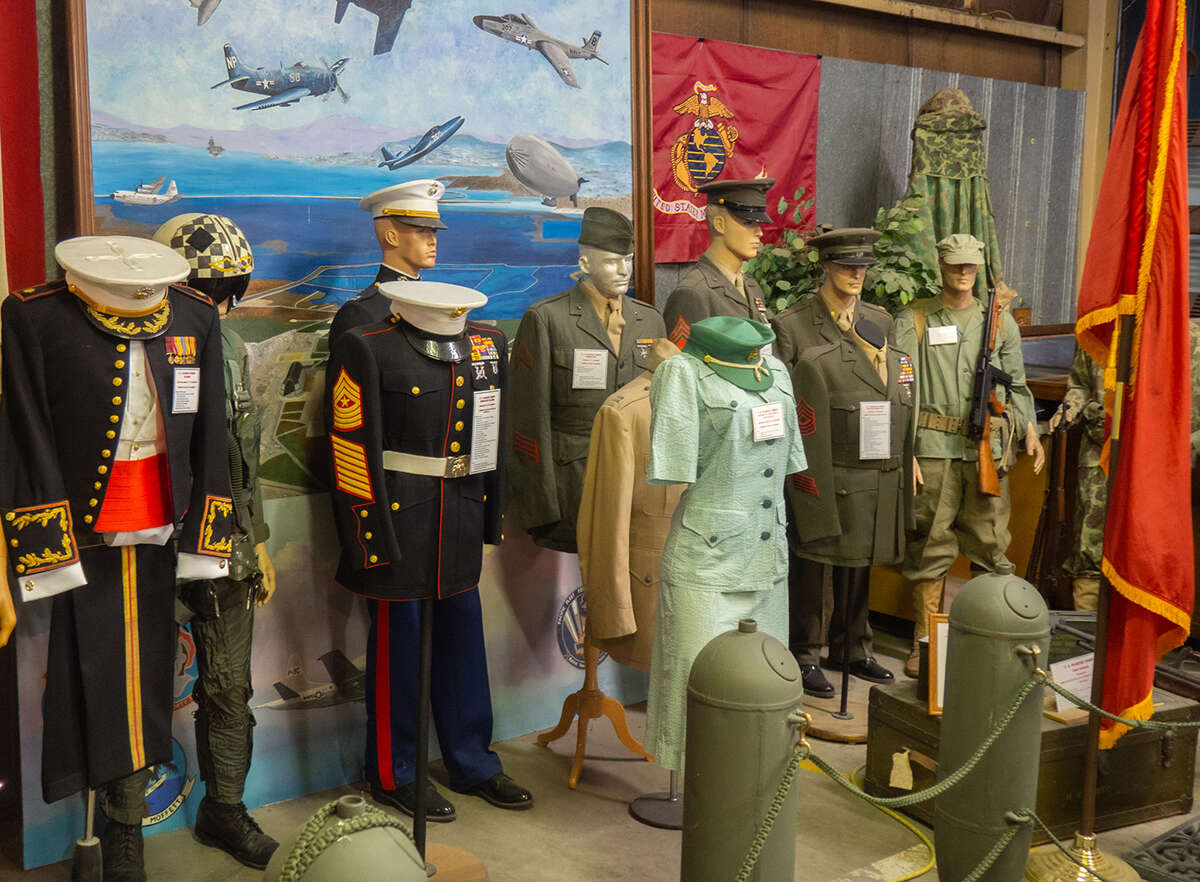 The Bay Area has access to both the inner San Francisco Bay and the Pacific Ocean. During the First World War, training grounds and barracks were located here. Over time, they lost their relevance, and the profile of the region was replaced by the administrative and operational management of the army. 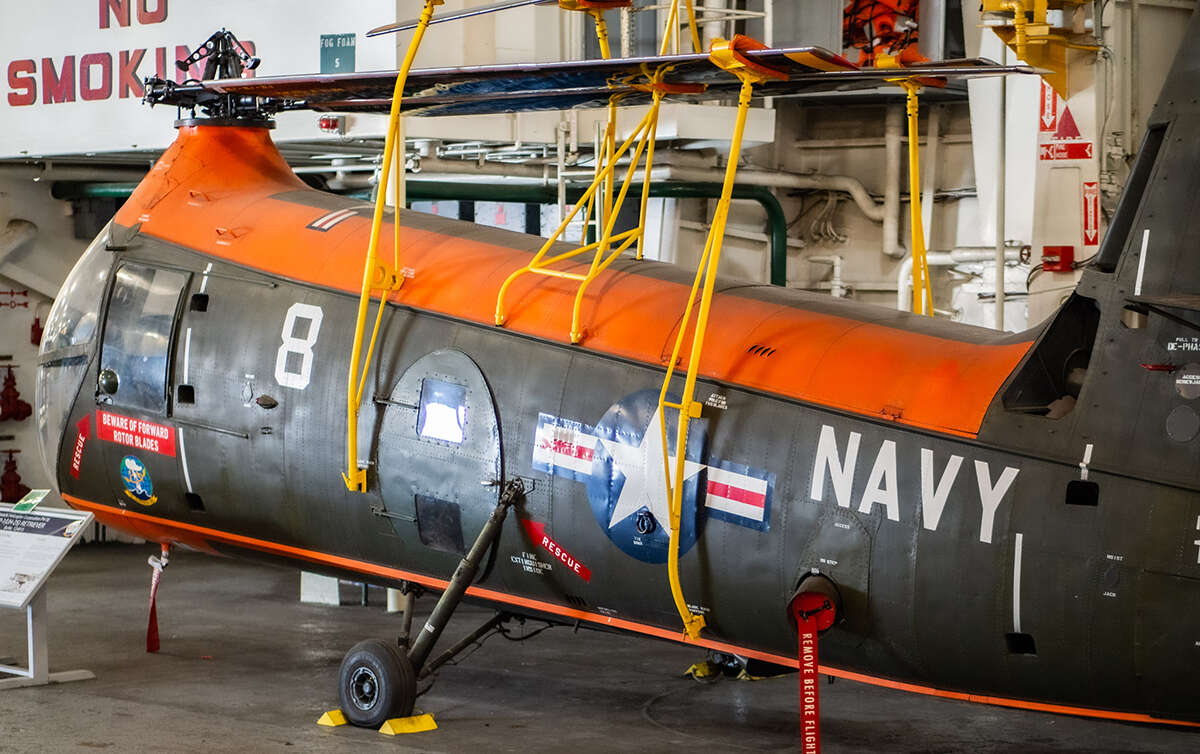 Decades ago, the entire power of the US military forces of the Pacific Coast was concentrated in the area of ​​the Presidio National Park. It is now part of the Golden Gate National Recreation Area, located in front of the bridge of the same name within the city. The fort was founded more than two hundred years ago by the Spaniards who colonized these lands. Later, after the annexation of California to the United States in 1948, the fortifications were transferred to the Americans.

When World War II started, San Francisco military bases became an important part of many military operations. It was here that ships from the famous Naval Station Pearl Harbor stopped. 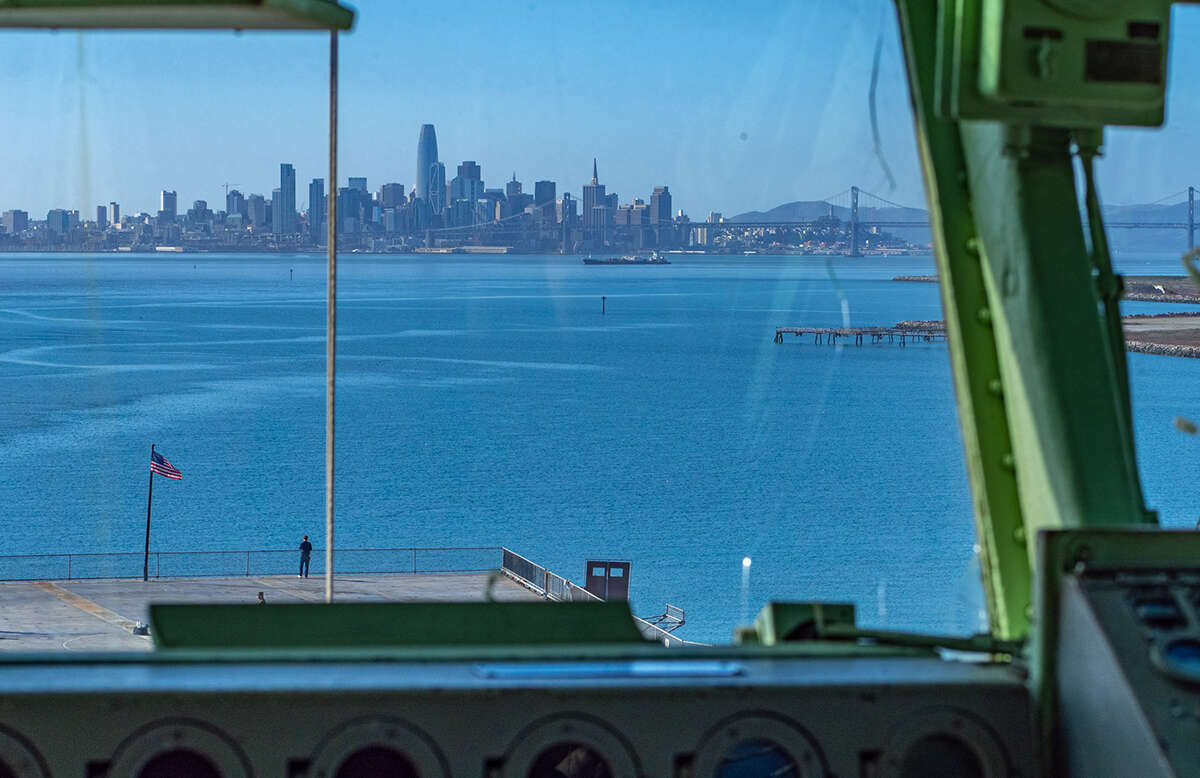 The advantageous geographic location of San Francisco Bay allows the military to closely monitor the security of the entire region. But such a defense complex needs maintenance and a skilled workforce. Local military-industrial enterprises have become a magnet for thousands of settlers and migrants. Sending goods, manufacturing and repairing warships, working in factories - any labor has been well paid. The contribution of the military to the economies of San Francisco and Bay Area is very high and cannot be overestimated.

Until the 1990s, the majority of the population of Silicon Valley was composed of people working in the US defense industry and their families. In every city where programmers live now, there used to be training bases, factories, airfields, port warehouses. During World War II, thousands of soldiers were sent from here to war. 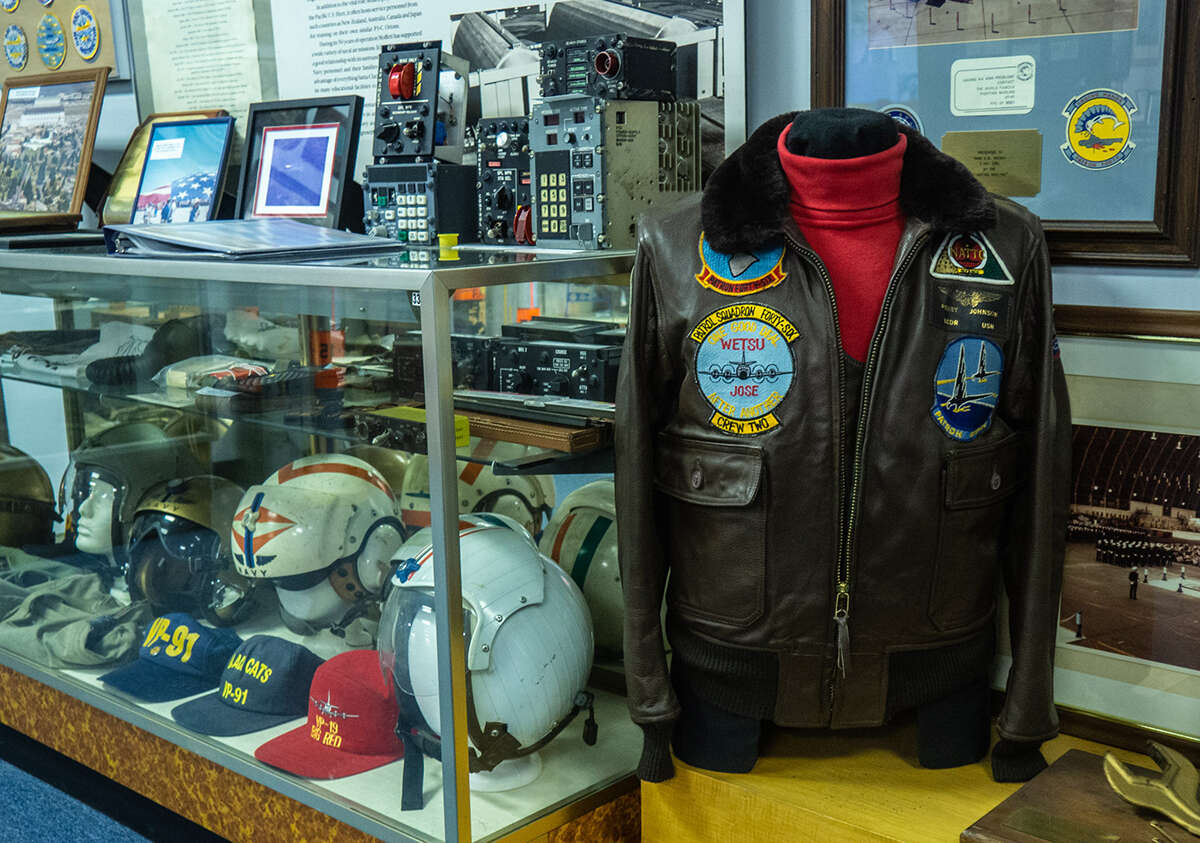 Development of IT, funded by the U.S. military

Many Silicon Valley tech companies started out with military orders. It's hard to name an IT industry that hasn't worked with the military: mobile communications, computing, aerodynamics, video surveillance - this list is endless. There was always a shortage of workers, so it was possible to get a job in the defense industry without being liable for military service and without joining the US Army.

Millions of today's labor migrants who do not have relatives and friends here who have served in the US defense industry are not aware of these important historical facts. Dozens of museums and historic sites operate in Bay Area to expand the population's knowledge of history. 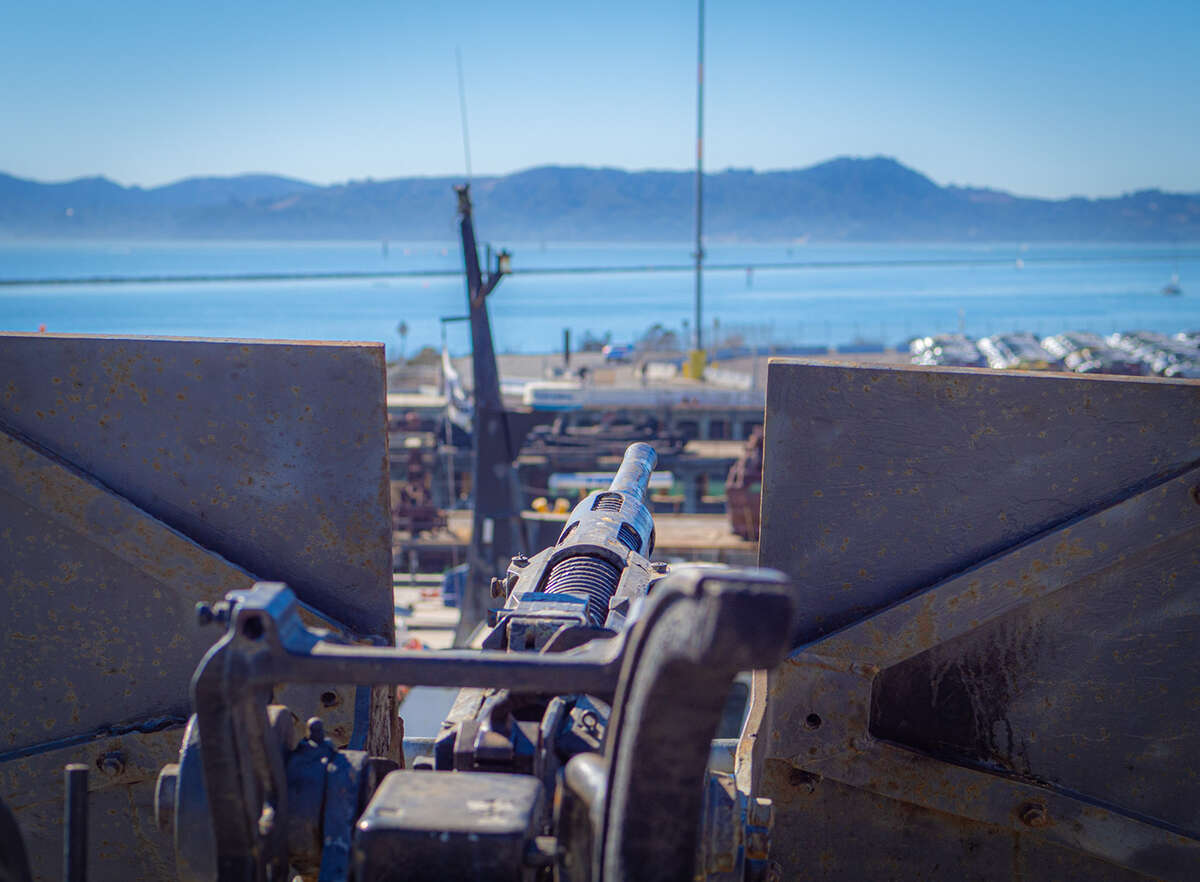 Here are some IT companies that have achieved financial success, including due cooperation with the US Department of Defense: IBM, Hewlett-Packard, Apple, Microsoft, Google, Amazon. By the 1980s, as the Cold War came to an end, the DNA of Bay Area's high-tech companies had already strengthened ties with the military-industrial complex.

How they cherish the Victory Day in the USA

In 2010, the US Congress unanimously voted to establish a new national holiday: Spirit of ’45 Day. The holiday is intended to express gratitude and respect to the veterans of the Second World War. People born in 1900-1920 here are called The Greatest Generation. These are the people who survived the Great Depression and then fought the fascist army. 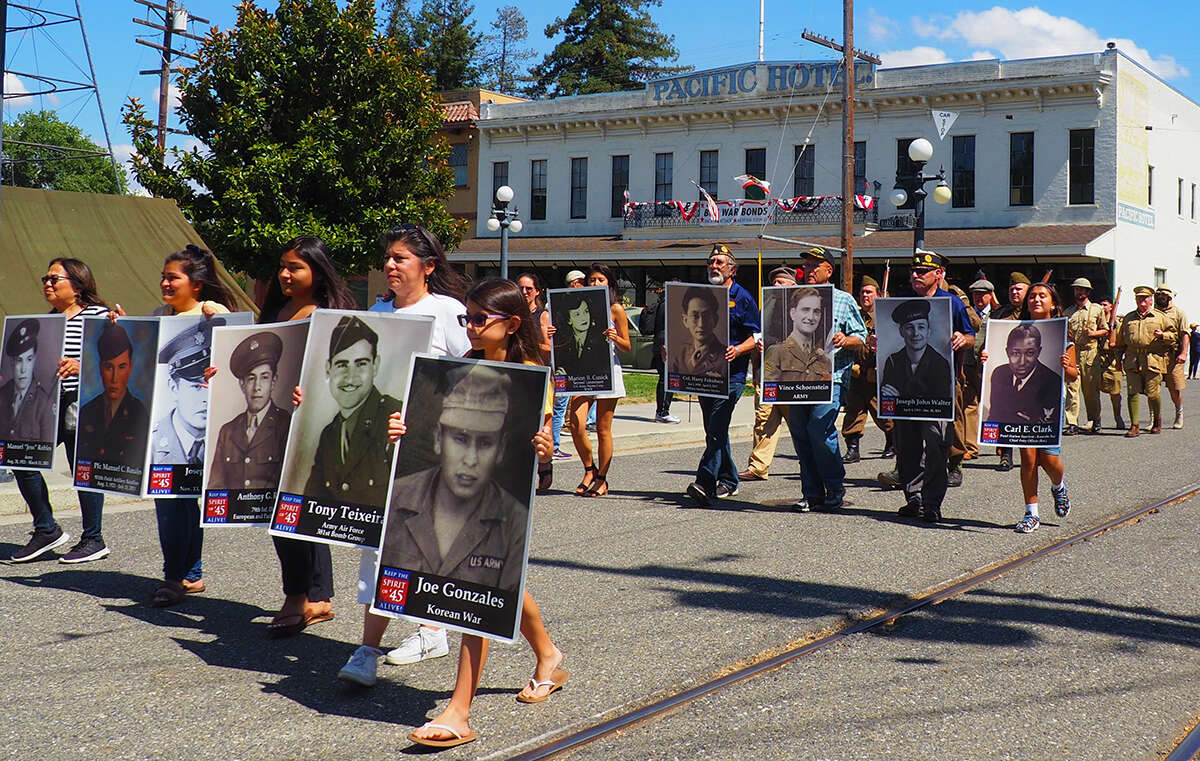 The initiators were a charitable organization, and in fact, these were ordinary people from New York. For several years in a row, they organized picnics, concerts and processions in remembrance of veterans. Reenactors dressed in the uniform of allies also take part in the parades. 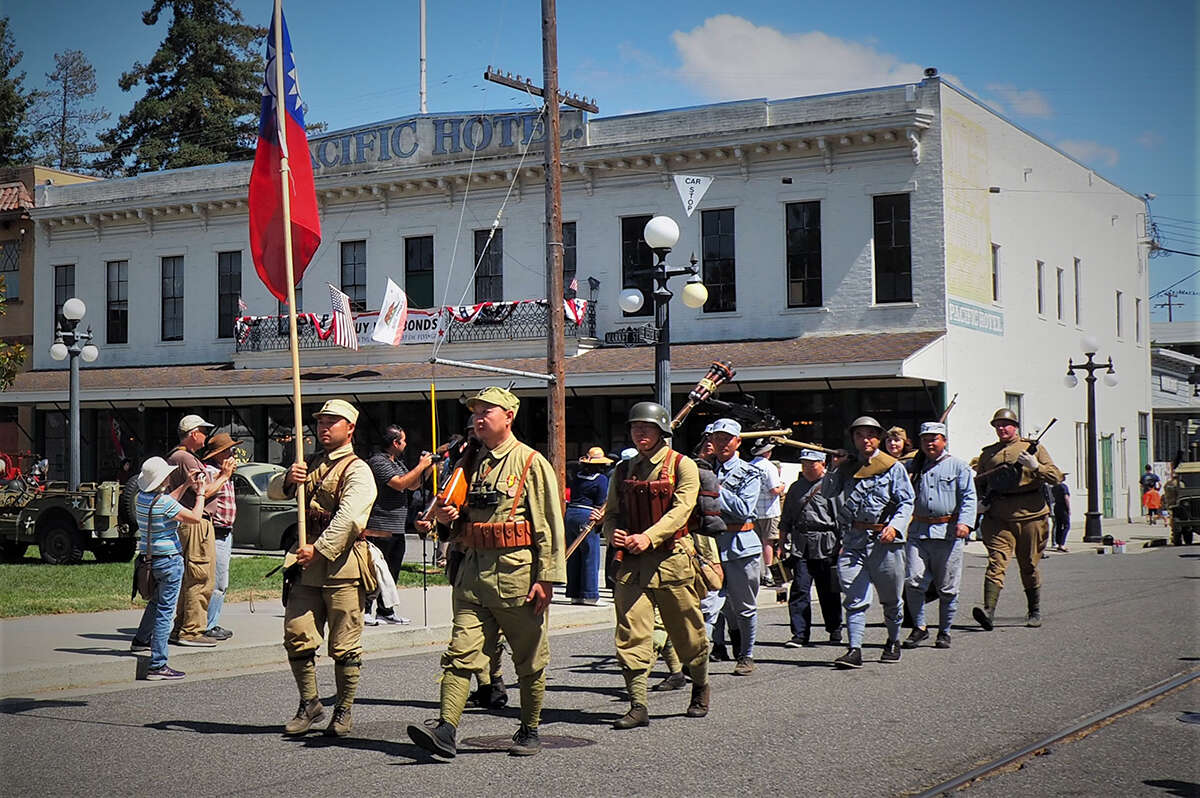 There were more and more such groups in the United States, and now every second Saturday in August, you can participate in this holiday in hundreds of cities across the country. Many people prepare vintage clothes and shoes in advance. All participants explain the smallest details of their costumes and willingly pose. 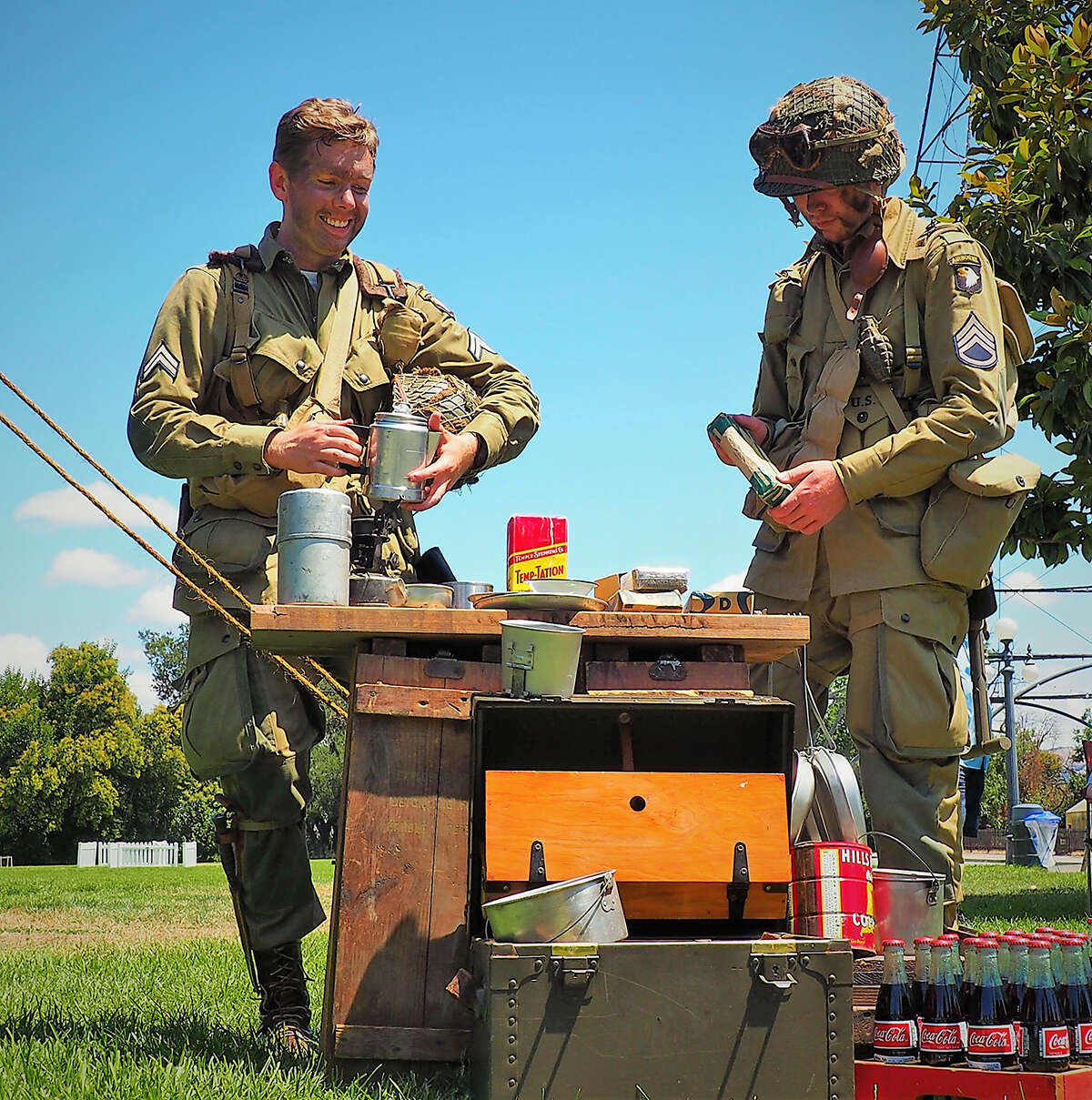 Anyone can come to the veterans to thank them and shake hands. Parents teach their children to remember and appreciate the soldier's feat. 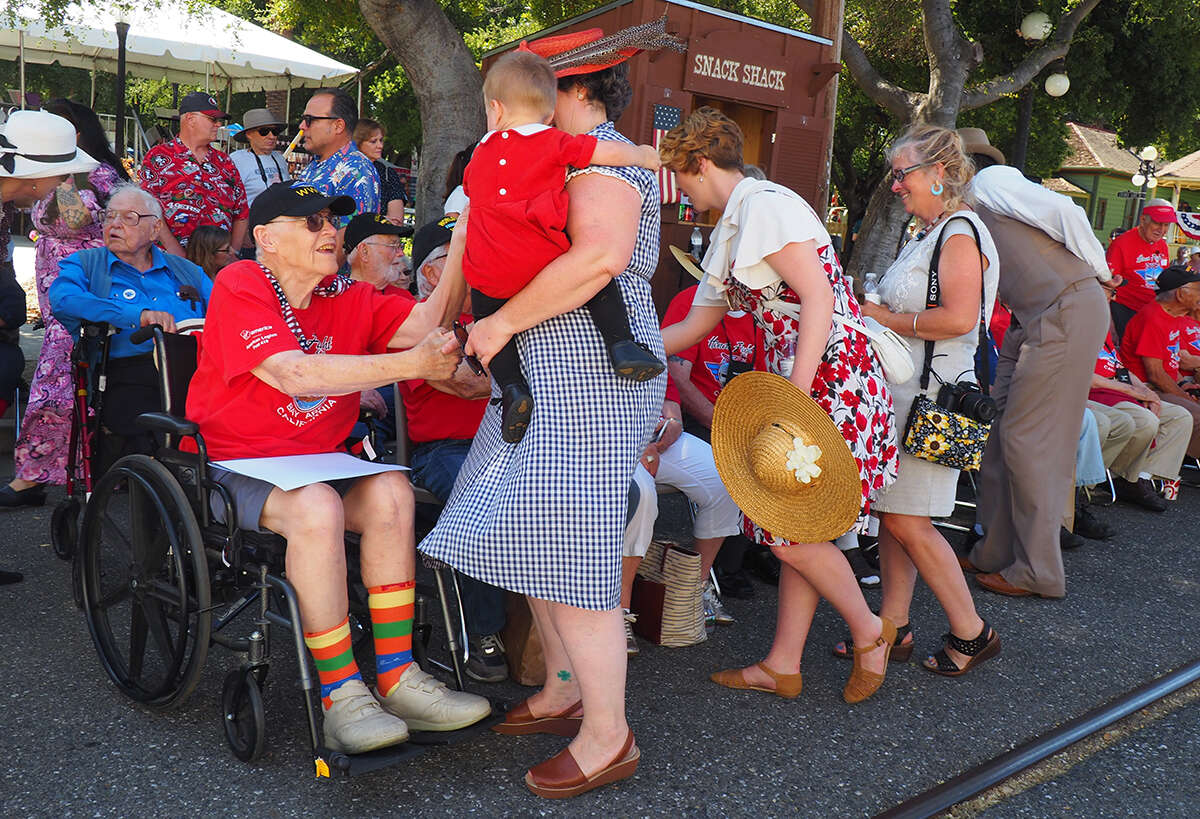 Sometimes, the celebration of the end of the Second World War is held on warships. Thus, in October 2020, activists of the historical community at the ship-museum SS Red Oak Victory in Richmond organized a small concert-meeting of veterans. 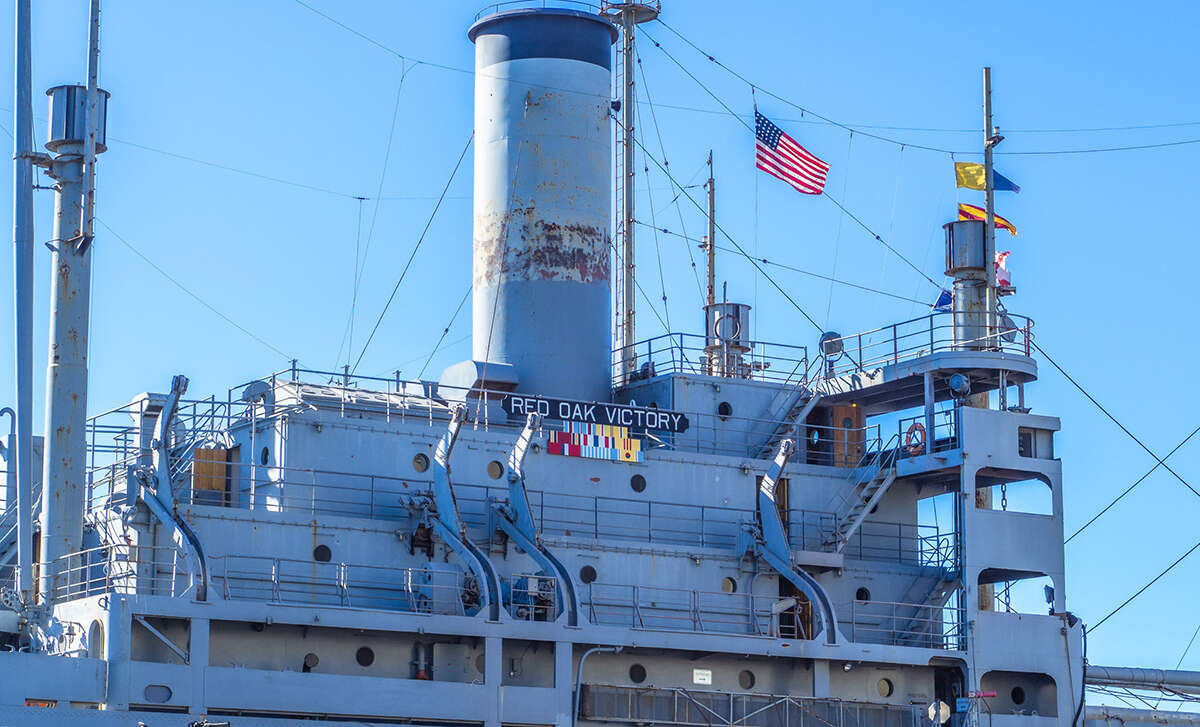 California has strict measures against the COVID-19 virus, so only 100 tickets have been sold. According to the rules, masks are worn by everyone, even historical reenactors. 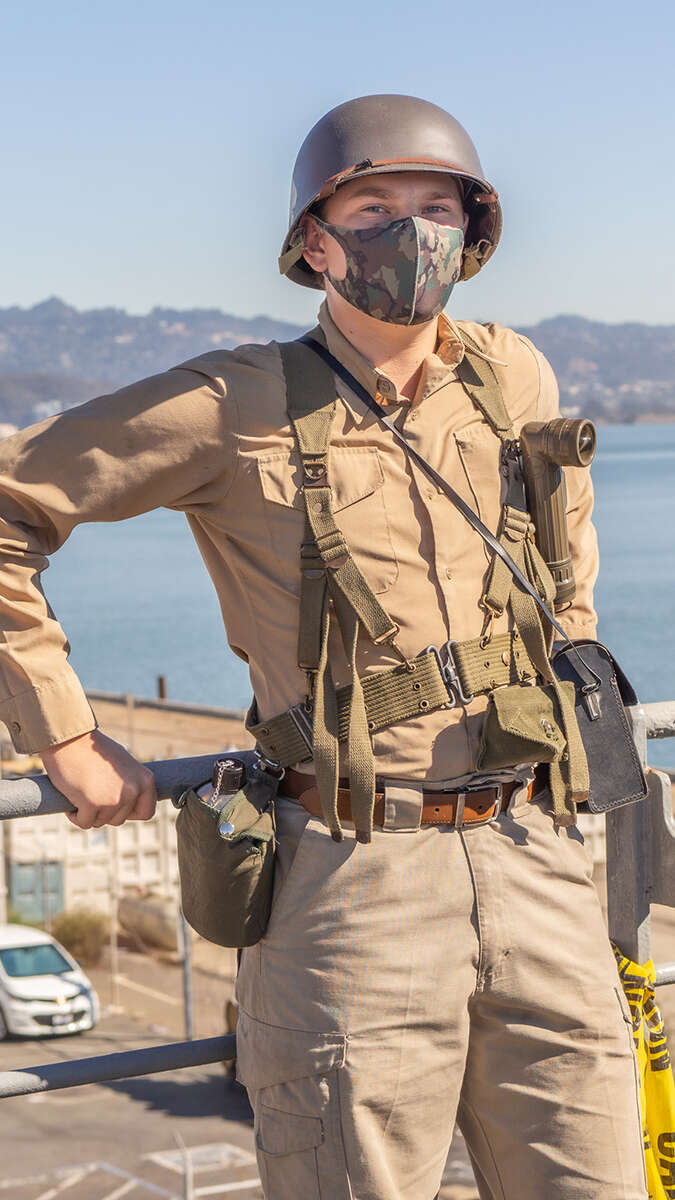 Musical groups performed songs and melodies of the war years. All proceeds from the sale of tickets are transferred for the repair and maintenance of the ship-museum. This is the last ship of this class to be launched on the local docks, and the locals are trying to preserve the memory of the country's contribution to the victory over Nazi Germany. 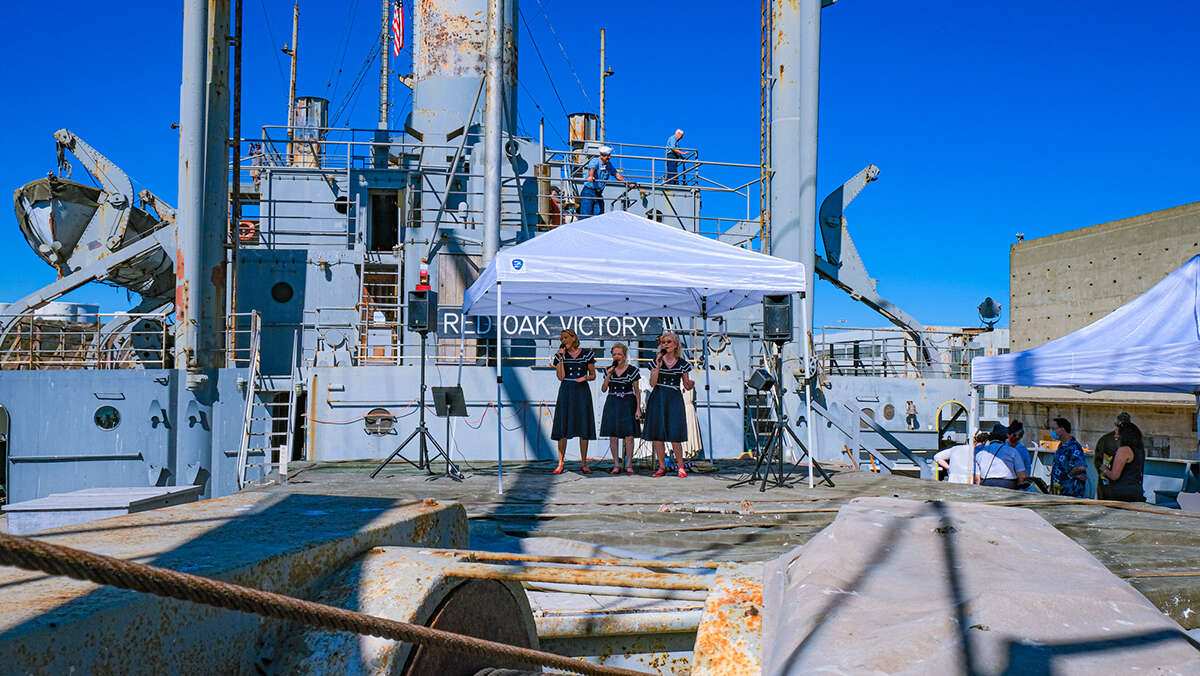 During such holidays, you can almost always take a look at military equipment. Trucks, motorcycles, even tanks are in good condition and almost always on the move thanks to the efforts of enthusiasts. 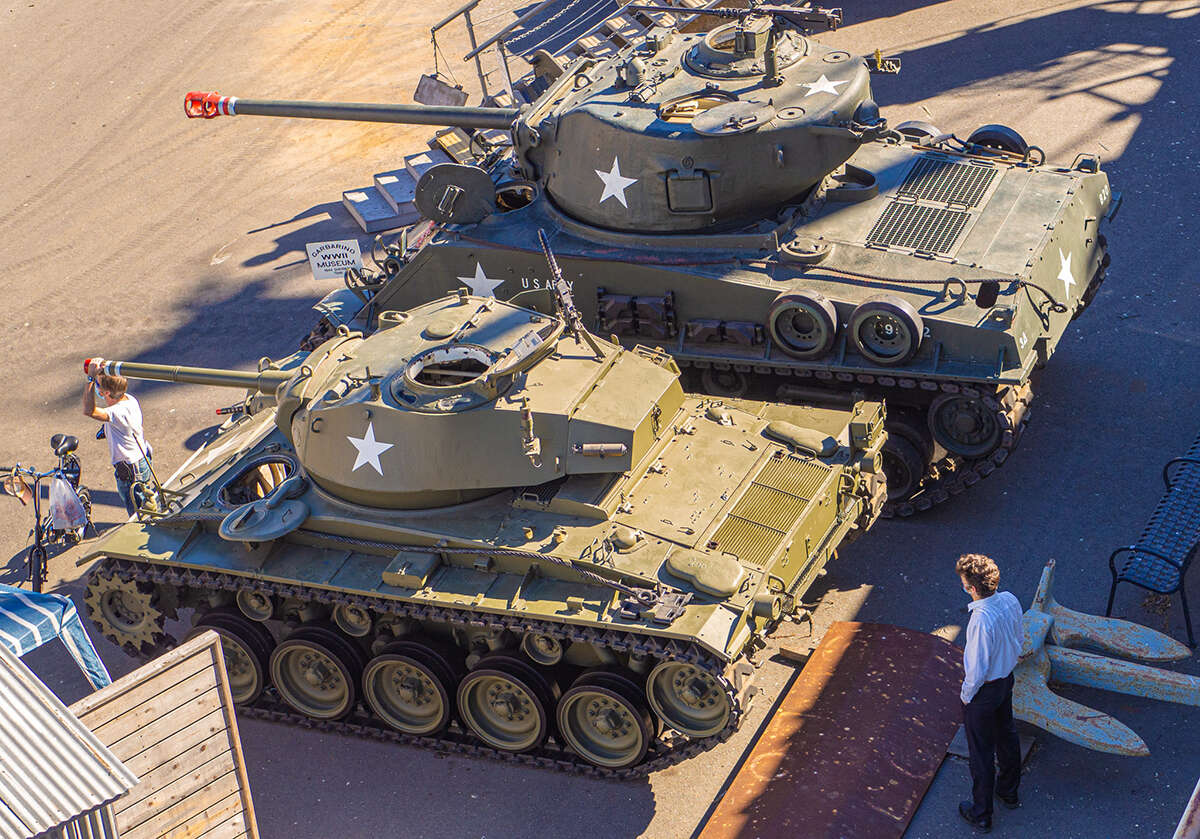 In 2020, mass events in honor of the Victory were canceled, but virtual parades were held on social networks, discussions, video meetings with veterans.

One of the most prominent landmarks in Mountain View, which is home to many of the world's largest IT companies, is the airship hangar at Moffett Federal Airfield. Now, of course, military airships do not fly over Bay Area, but sometimes you can see an airship with an advertising sign in the sky. If you are interested in the history of military aviation, then a visit to Hangar One should become an obligatory part of your trip to these places.

There is a small museum next to the hangar, which is guided by veterans of the US Army and their families. Tours are conducted with humor, examples from life, mentioning interesting facts. How else could you know that this hangar is so large that the air temperature, as well as the weather in it, can differ from the environment? 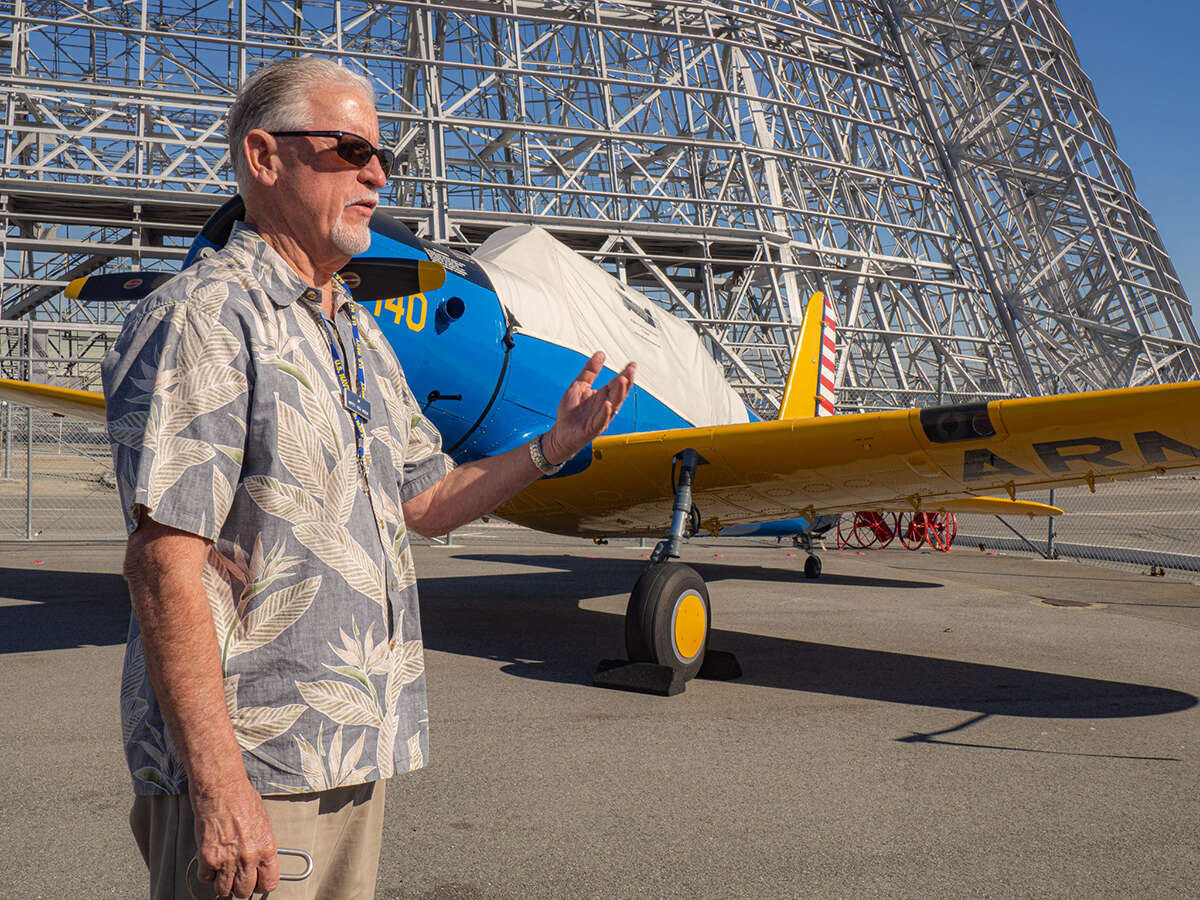 The museum houses historical artifacts from the region's military past and conducts educational tours. Now the airfield is home to the NASA Research Center. Before visiting, please note that this area is still guarded by the military, so your ID must be checked at the entrance. Foreign guests must have a valid passport. 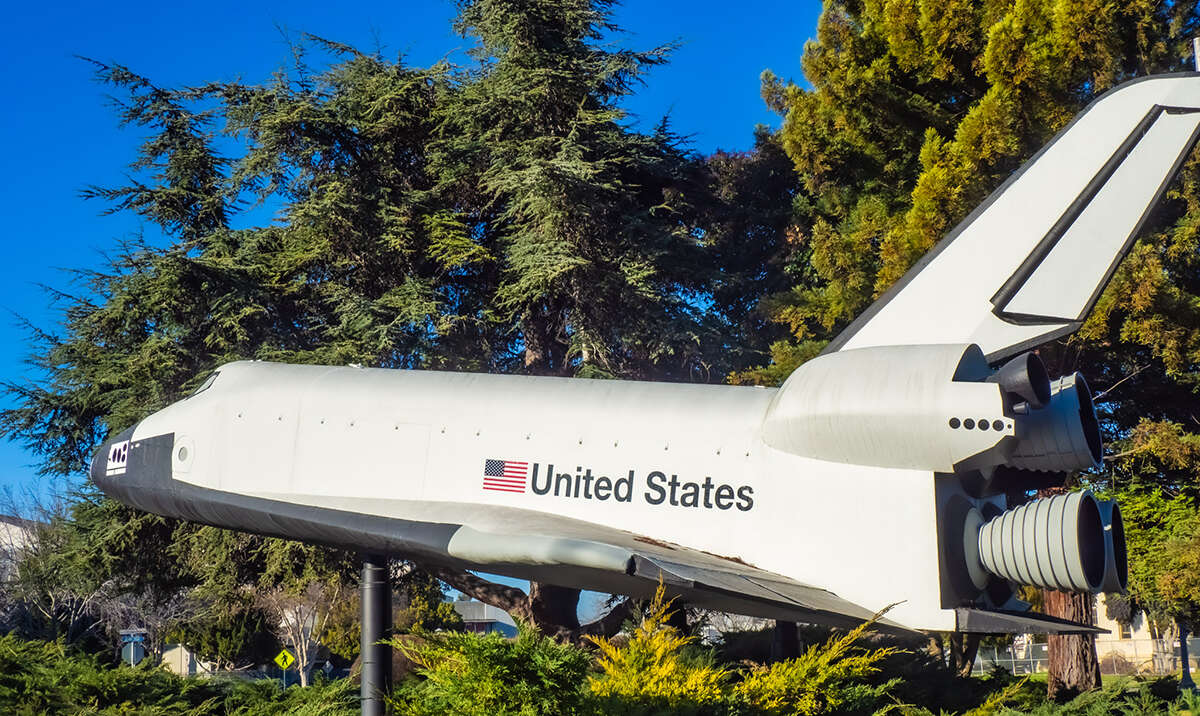 Tour schedule and information about the museum can be found on the official webpage. 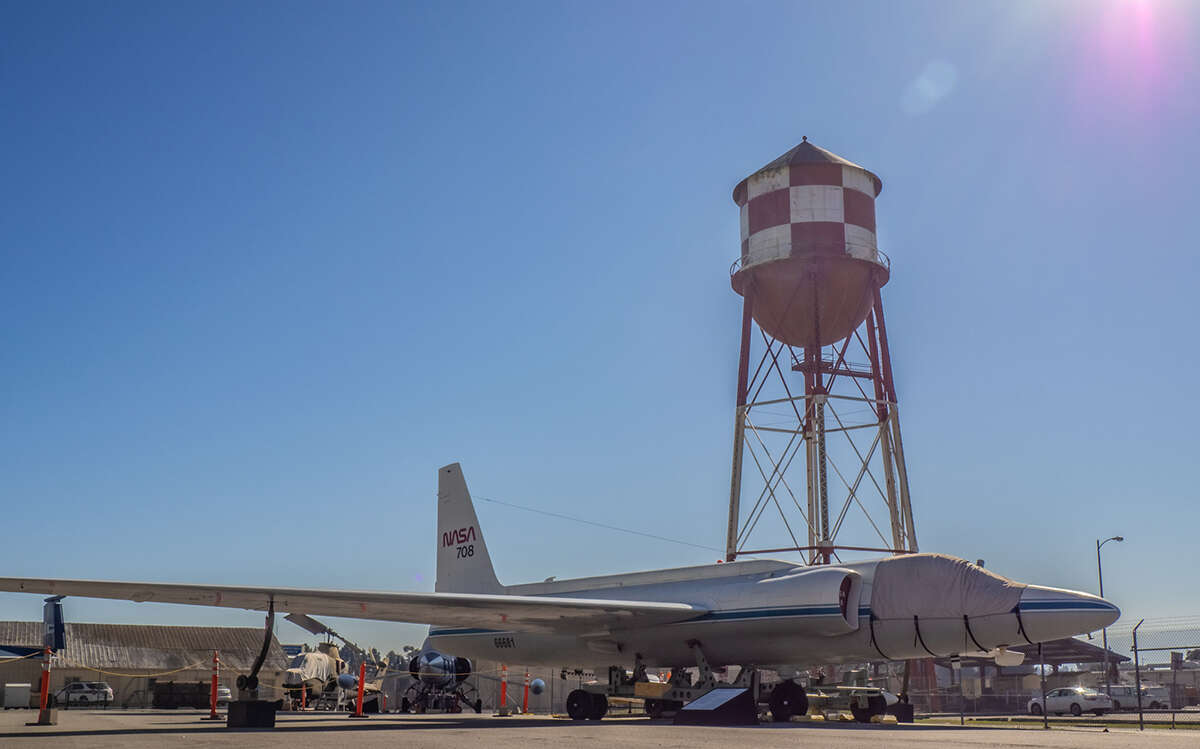 Information for fans of the naval forces

Since Bay Area is surrounded by water, wherever you go, you can look at warships, shipyards, piers. One of the legendary living museums, visited by thousands of tourists and locals, awaits its guests in the charming city of Alameda. The huge aircraft carrier Hornet actively sailed the ocean during the Cold War. 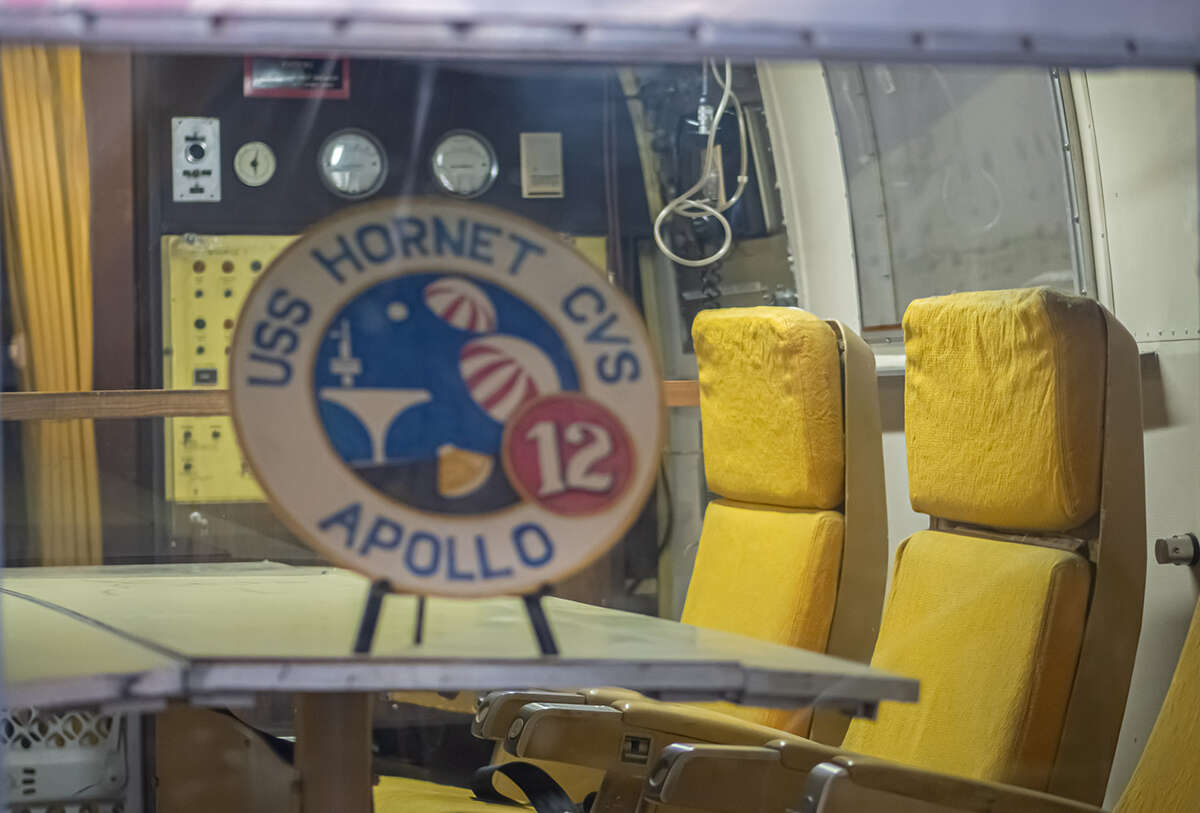 Nowadays, you can see on it various military aircraft, as well as artifacts from the space missions Apollo 11 and Apollo 12. The ship is moored near San Francisco, so it usually attracts many tourists from different countries. 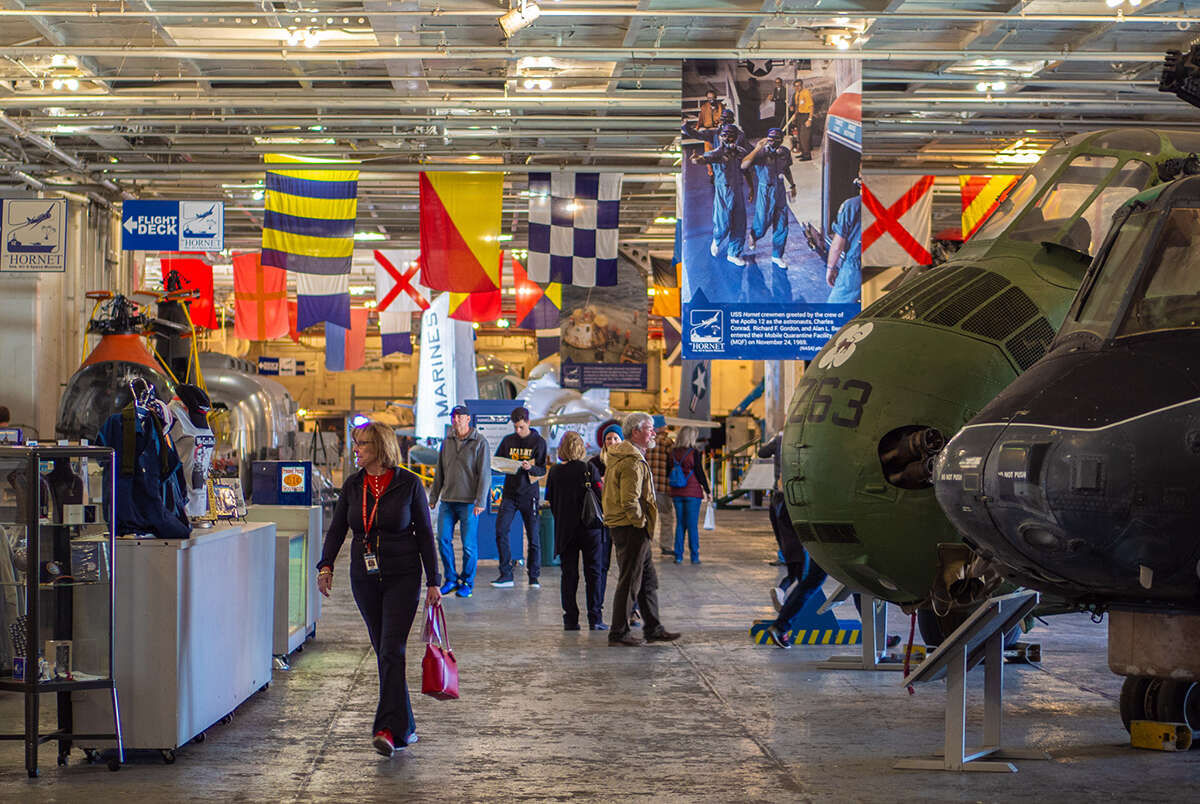 The ship also serves as an educational platform for students of military schools, so you can almost always meet smart, cheerful cadets. 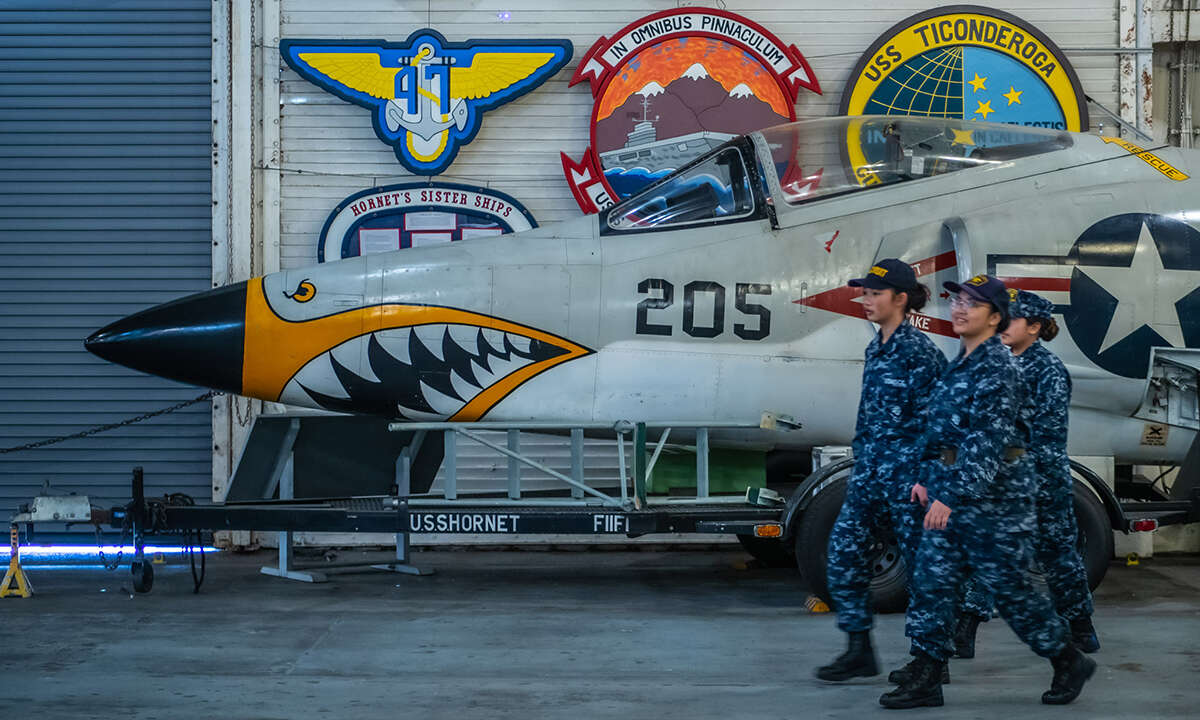 During the tours, the guides talk about the aircraft carrier structure, its main premises, the functions that it performed during military service. Questions are most welcome! 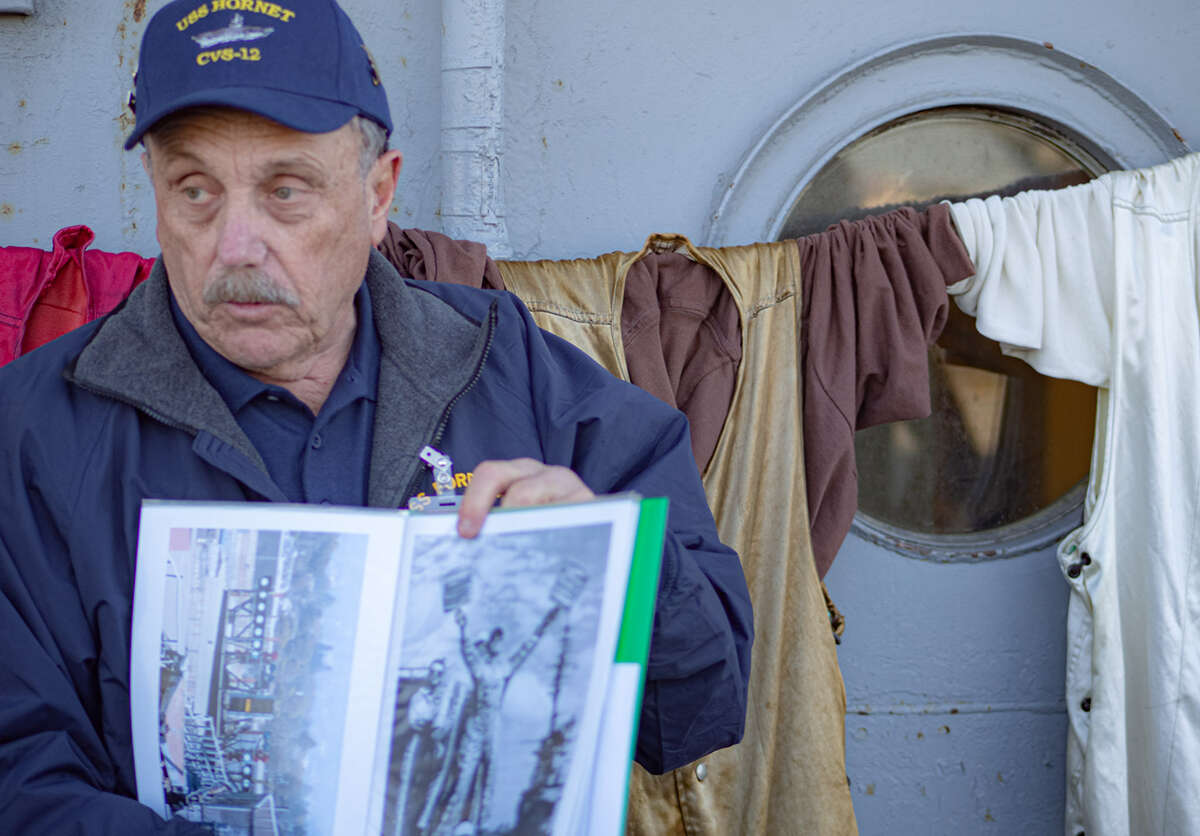 The aircraft carrier Hornet offers an unusual experience of spending the night on a warship: such tours include tours to usually closed places, as well as interesting educational lectures. Such overnight stays are usually popular with families with children.

The tour schedule as well as the event calendar can be viewed on the museum's official website. The most visited tour includes a visit to the captain's cabin, which offers views of the entire ship and aircraft located on deck. 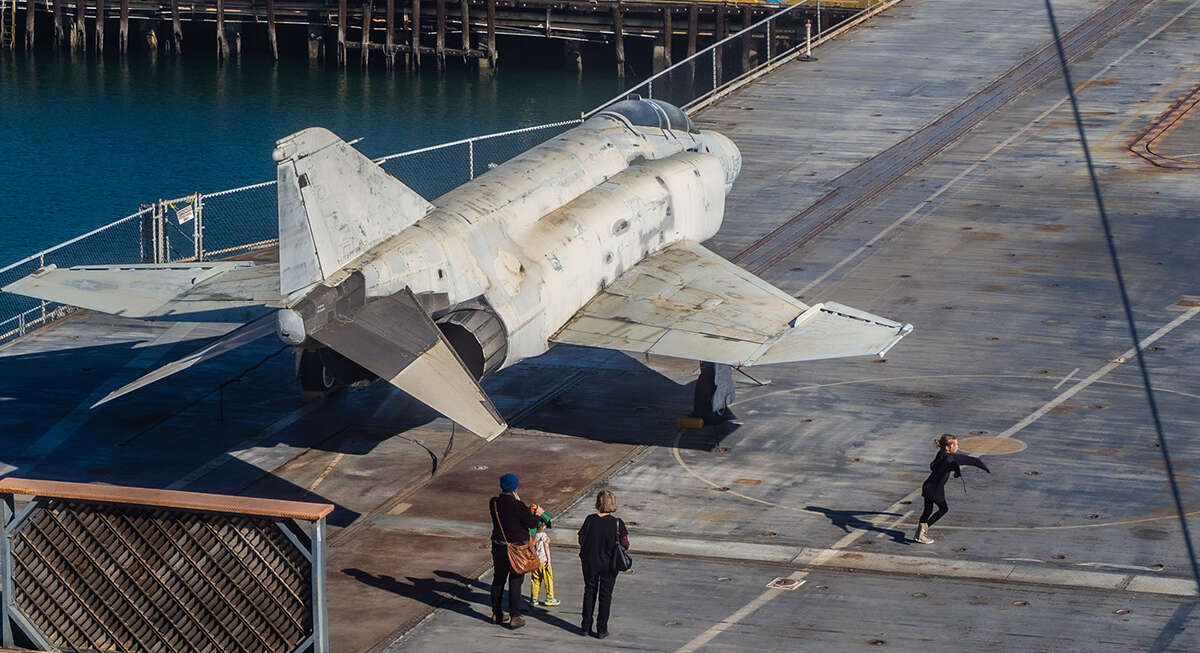 If you want to take a closer look at the military exhibits of San Francisco Bay, plan to spend 3-4 hours at each attraction. This pastime can be combined with a historical excursion into the past of the city, which we wrote about in the article "Between Two Times: San Francisco Then and Now".

Those who are interested in the history of the development of high technology can also visit the Computer History Museum in Mountain View.

Any time you choose to visit the United States, our experienced Travellizy Team will help you plan your trip!