Florence is imbued with a creative atmosphere, since such famous masters as Michelangelo, Botticelli, Leonardo da Vinci and many others created their masterpieces here. In a new article, Travellizy invites you to go on an art walk and immerse yourself in the world of art and architecture of the Renaissance.

Let's start our route from Piazza del Duomo, the historical center of Florence.

In the heart of the square, you can see the unsurpassed Cathedral of Santa Maria del Fiore, as well as other significant architectural monuments, so Piazza del Duomo is one of the most visited and recognizable squares in the world. 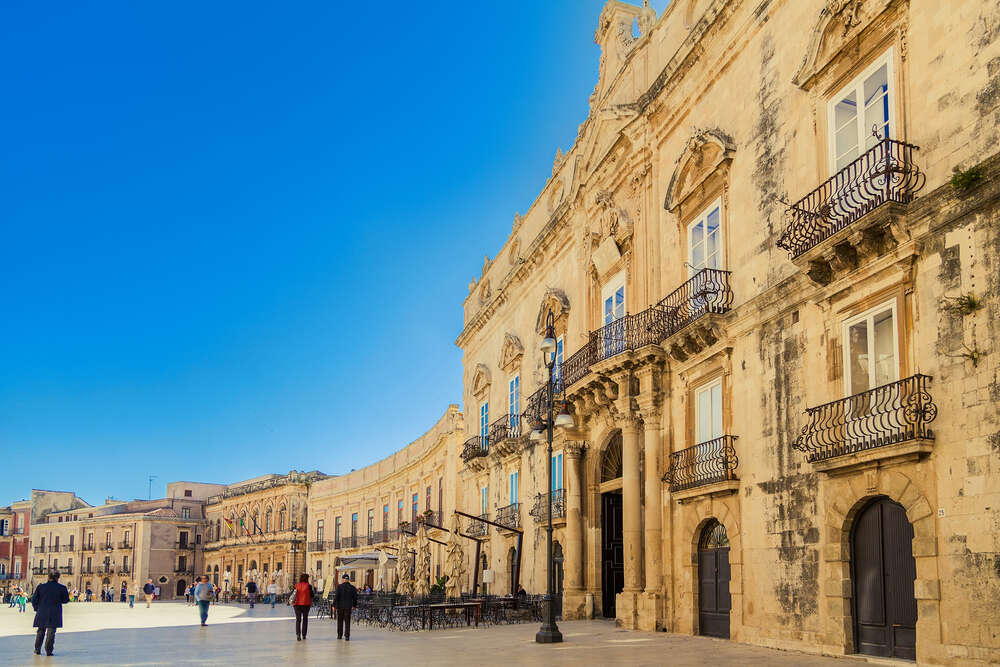 The Cathedral of Santa Maria del Fiore is Florence's main attraction. Its octagonal red dome and marble facade can be seen from different corners and distant regions, and if you want to see the city from a height, we recommend that you climb the Giotto's Bell Tower, the most beautiful bell tower in Italy. 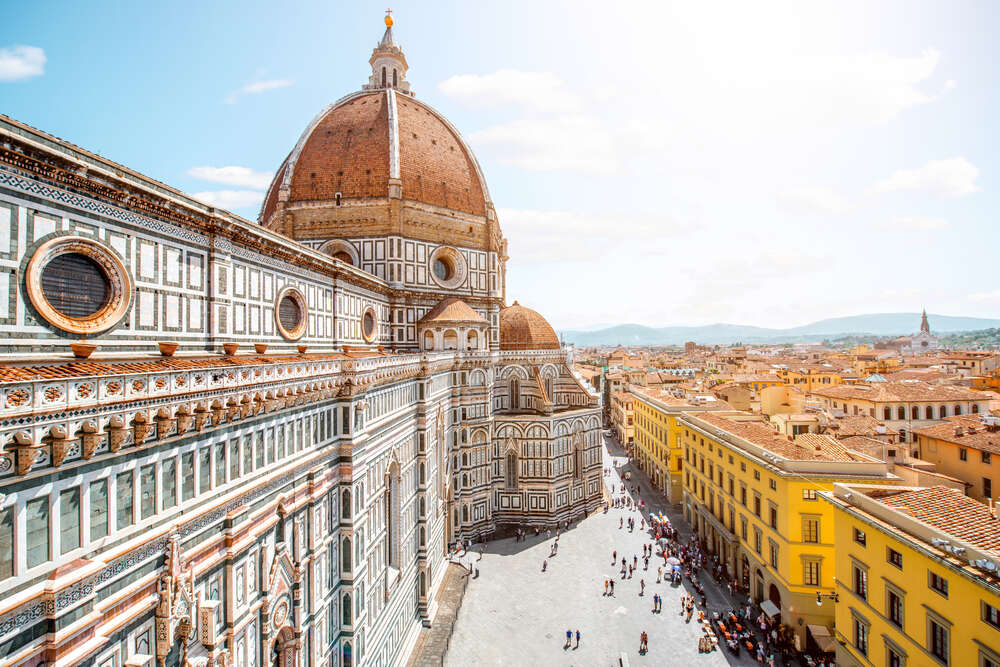 The next point is Piazza della Signoria, which was the center of political life during the Florentine Republic. The main building is the Palazzo Vecchio, where the government of the republic used to meet previously, and nowadays, this is the town hall building. 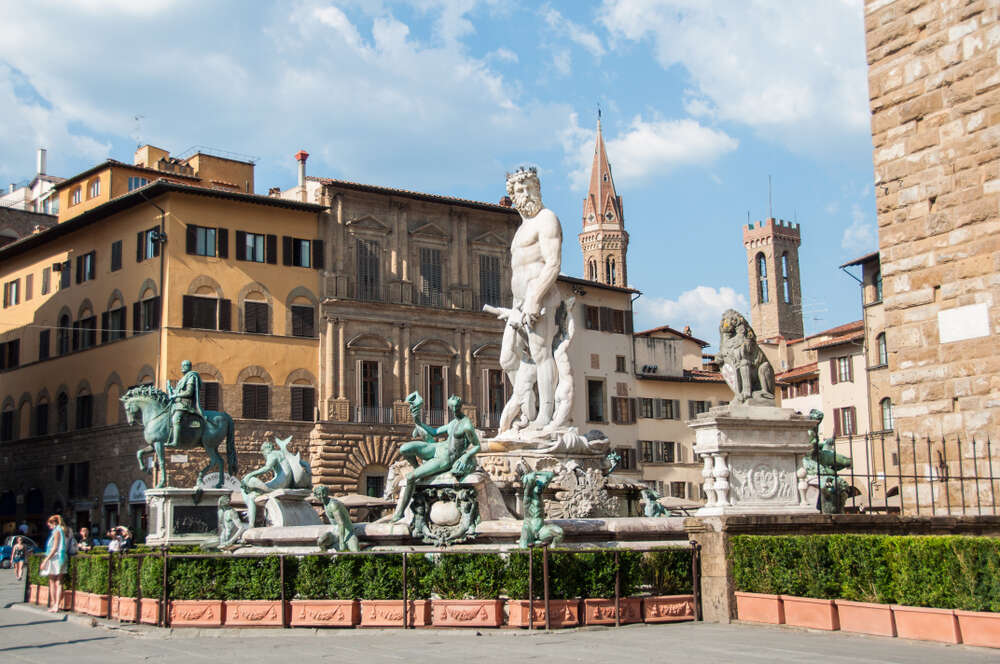 Piazza della Signoria can also be called an open-air museum with a huge number of works by Donatello, Michelangelo, Giamboloni and other masters. A whole exposition of Renaissance sculptures is located in the Loggia dei Lanzi, where anyone can visit, but, unfortunately, almost all of the monuments in Piazza della Signoria are copies. 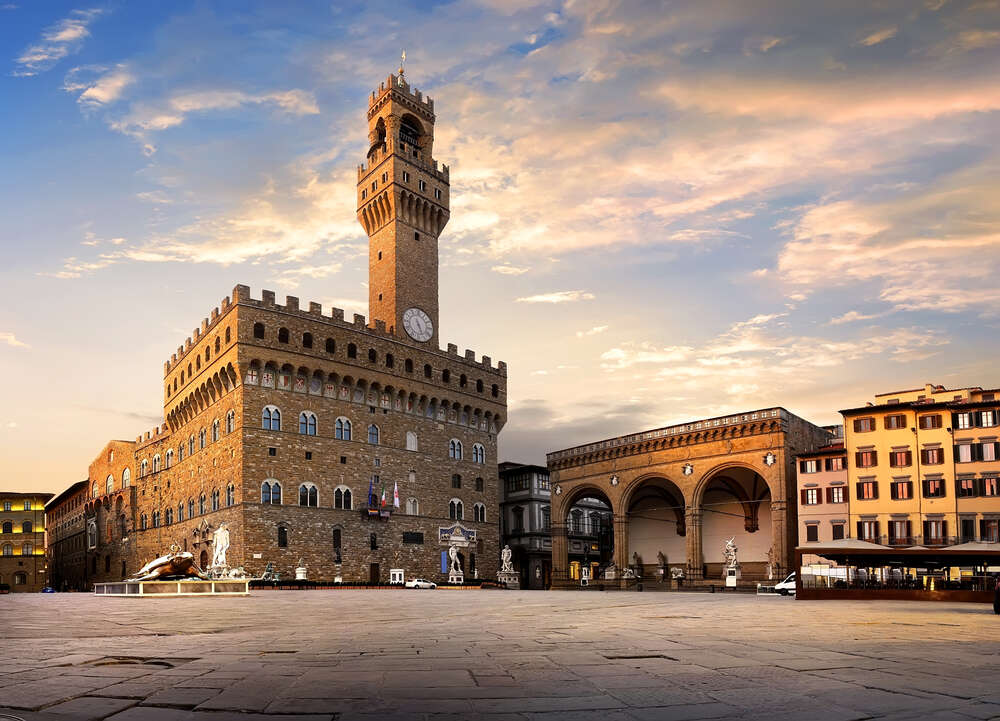 Near the Palazzo Vecchio, there is the Uffizi Gallery, one of the most famous museums with a unique collection of works of art, which was designed by Giorgio Vasari in 1560 for Cosimo I Medici from the famous dynasty of Florentine rulers. 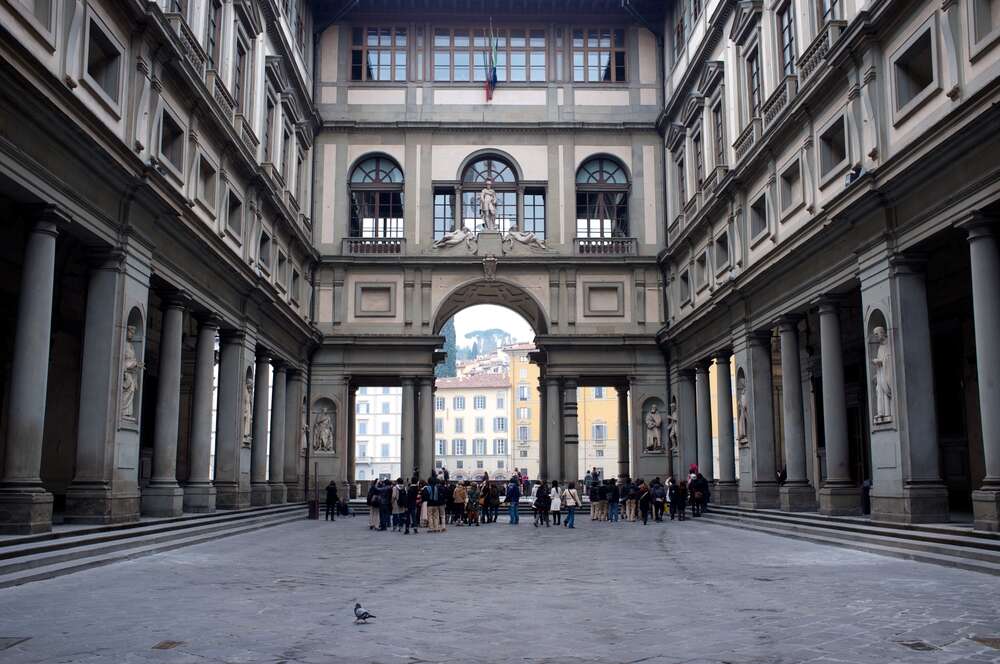 Some of the collections can be viewed online. You can also take a virtual walk through some of the halls through Google Art & Culture. 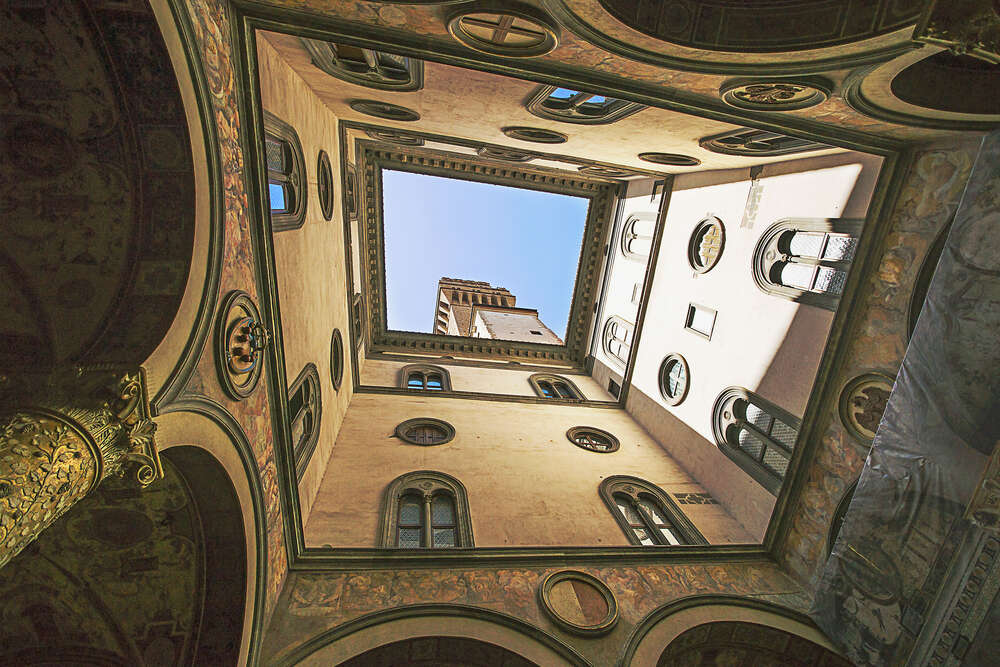 Let's go from the Uffizi Gallery across the medieval arched bridge called Ponte Vecchio. It is very different from other pedestrian bridges, because there are not only souvenir shops and jewelry stores, but also apartments with residents. 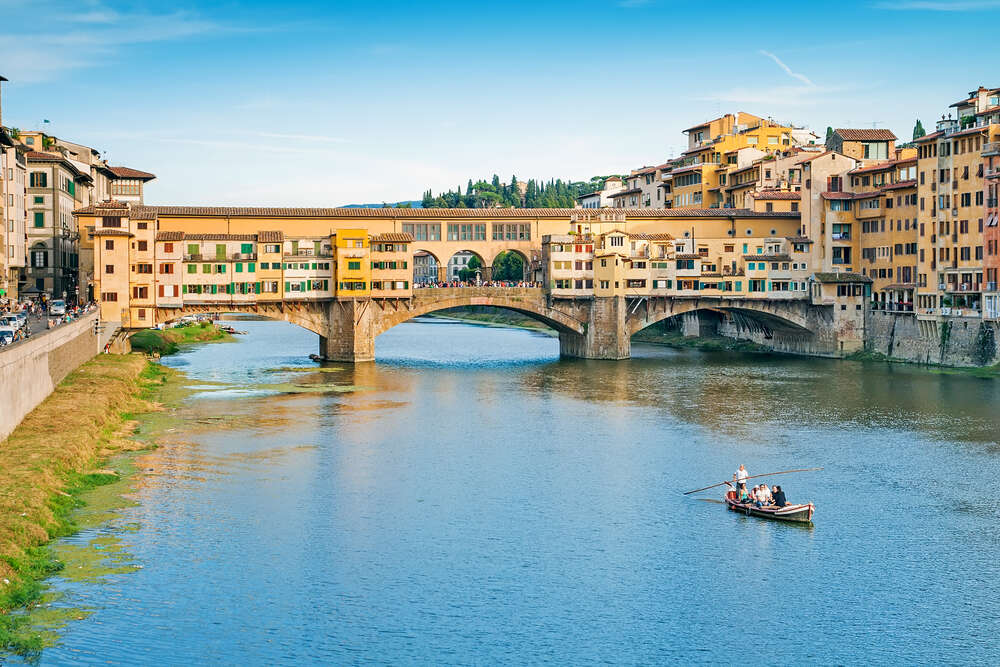 Also, you should pay attention to another feature of the bridge - there is a special passage above called the Vasari Corridor, through which Cosimo I de' Medici could pass from the Palazzo Vecchio to the Palazzo Pitti. 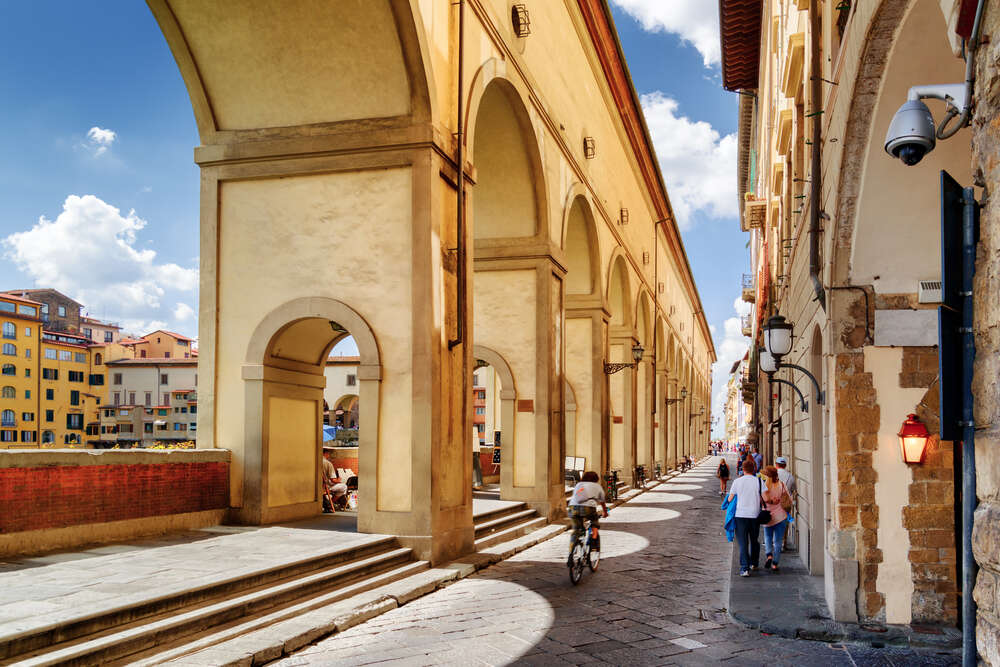 On the other side of the Arno River, you can see the Palazzo Pitti and Boboli Gardens. 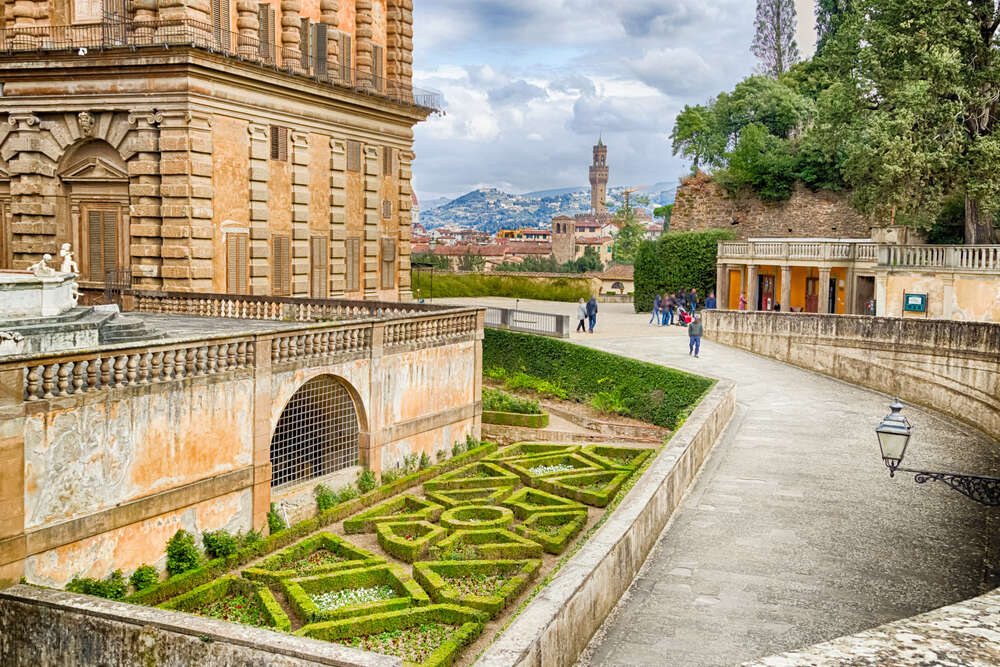 The royal Palazzo Pitti used to serve previously as the residence of the grand dukes and kings, and now, it is a museum complex with a huge collection of original works of art. The palace was built in the 15th century, but the interior was arranged a little later, so in the 140 rooms, that are open for visitors, you can see the interiors of the 17th and 18th centuries. 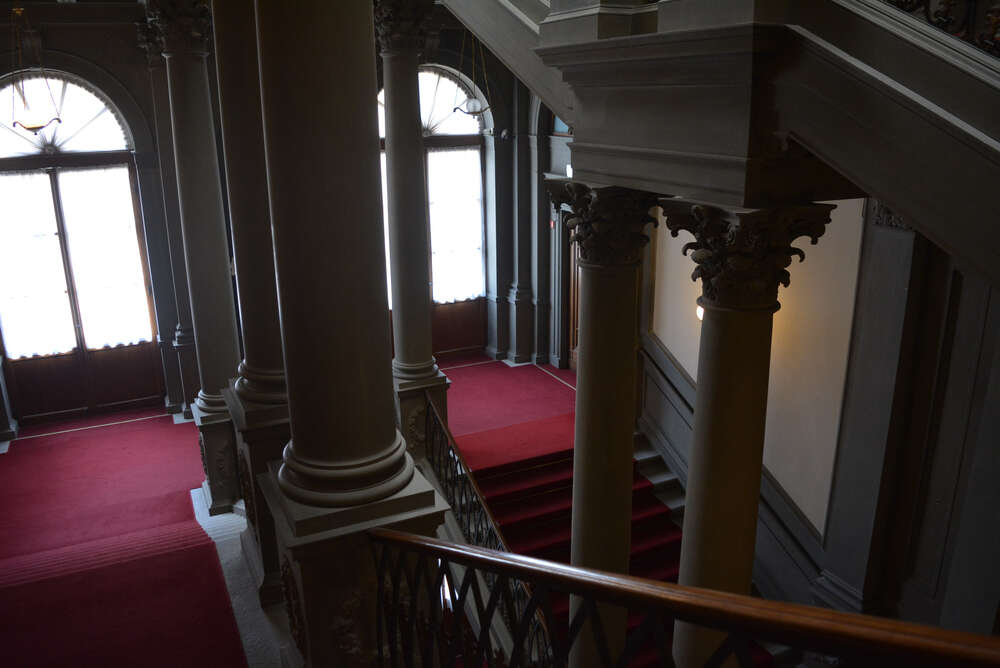 Boboli Gardens are located right behind the Palazzo Pitti and are considered to be a garden sculpture museum and one of the best park complexes of the Renaissance. 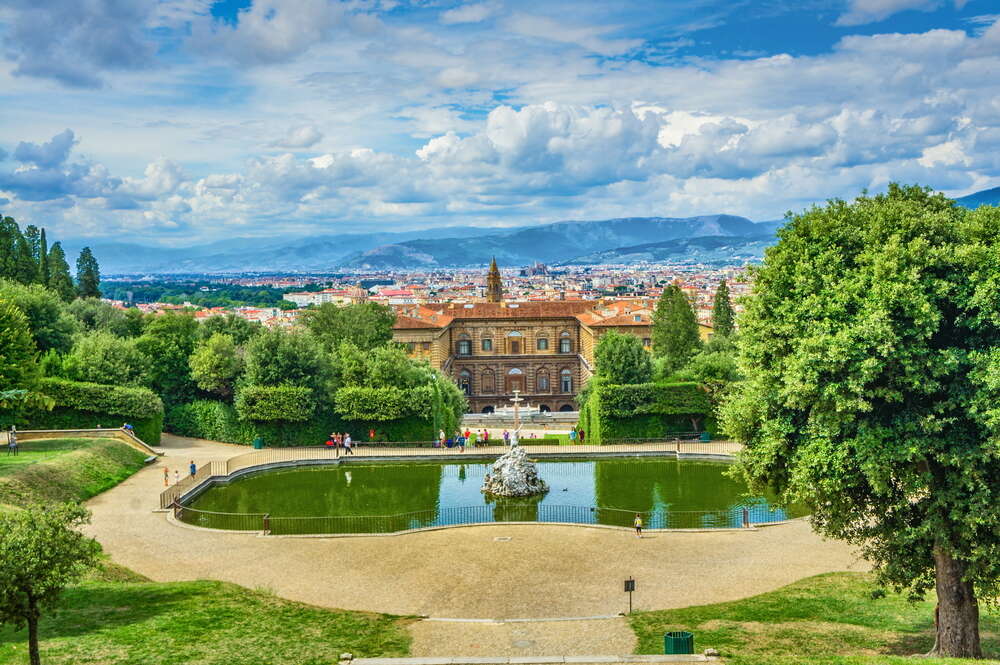 A 30-minute walk from the Palazzo Pitti is Piazzale Michelangelo, the most panoramic point of the city, which offers stunning views of the whole of Florence. 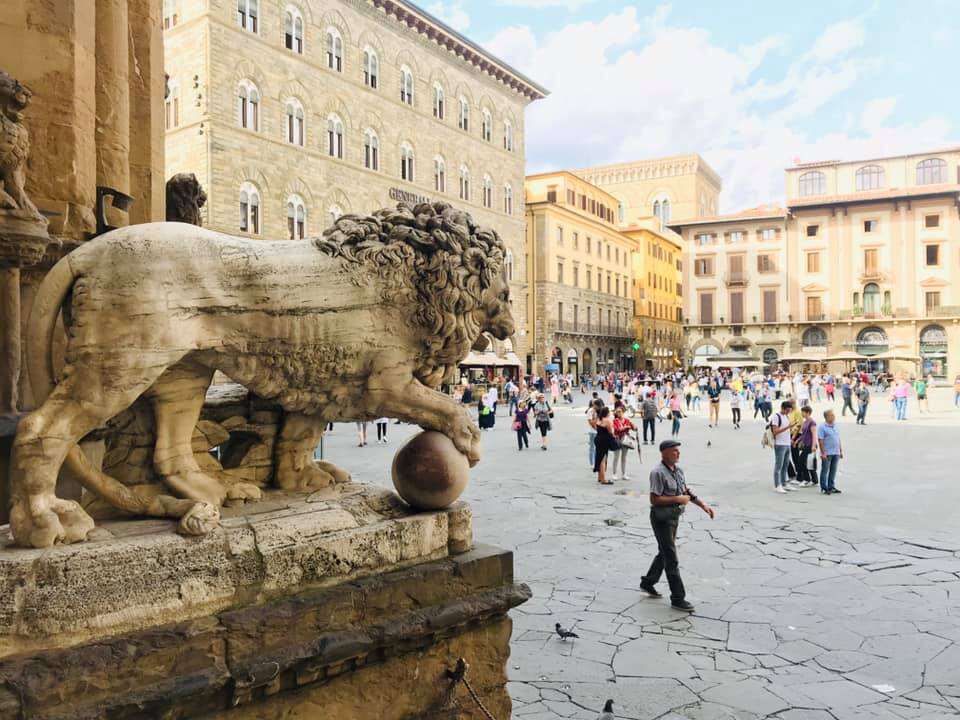 Following our route, you will also walk past the fortification walls of Florence along Via di Belvedere and stroll through the Rose Garden on Via Guiseppe Poggi.

What to try in Florence

After such a walk, you must definitely treat yourself to a hearty dinner and try the famous Florentine steak (bistecca alla fiorentina). This grilled beef steak is considered to be a real masterpiece of Tuscan cuisine, but be careful, not everyone can handle a huge portion, which can reach up to 1.5 kg! 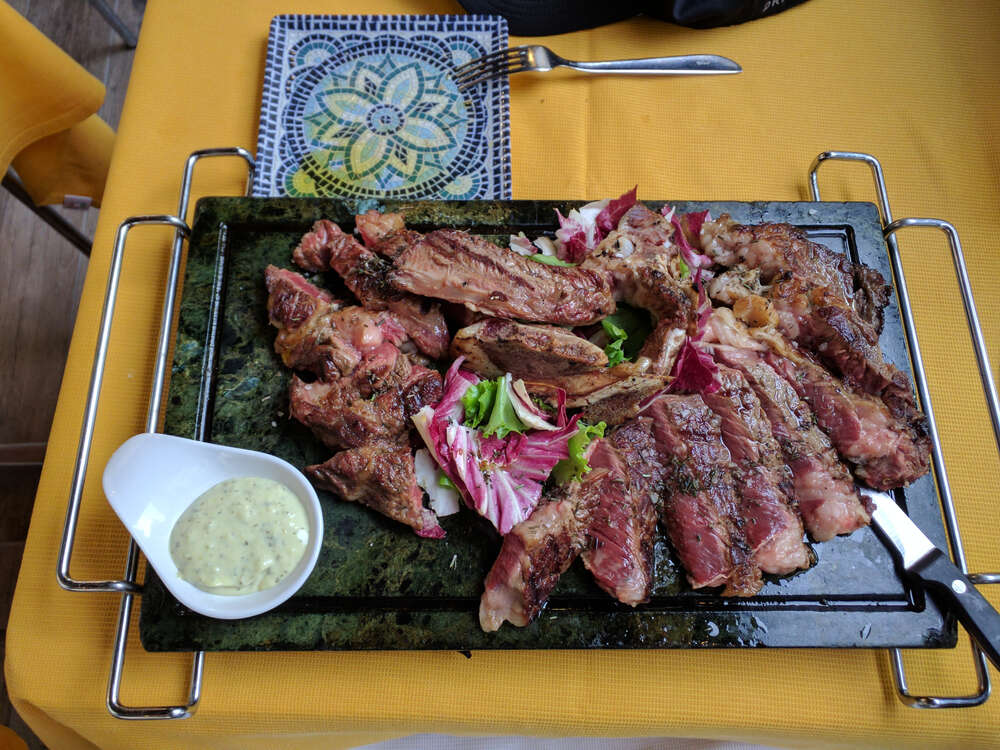 You can also read our article “Florence: what is important to know before visiting Santa Maria del Fiore and the Uffizi Gallery”.