Bologna. Disappear into the warm embrace of the city

Bologna is located in the center of Italy, and therefore most often, it stays away from popular tourist destinations.

We know a lot about Rome, Florence, Venice and Milan. But what do we know about Bologna, besides the fact that the oldest university in Europe is located there? Let's try to get to know this city closer with Travellizy.

Airport in Bologna: how to get to the city

53 airlines from all over the world fly to Bologna. The airport is located quite close to the city. You can get from the terminal by taxi or shuttle, which run from the railway station from 5 am to 11:30 pm every 11 minutes. The train ticket costs 6 euros, the journey duration is 20 minutes. You can buy a ticket directly from the driver. 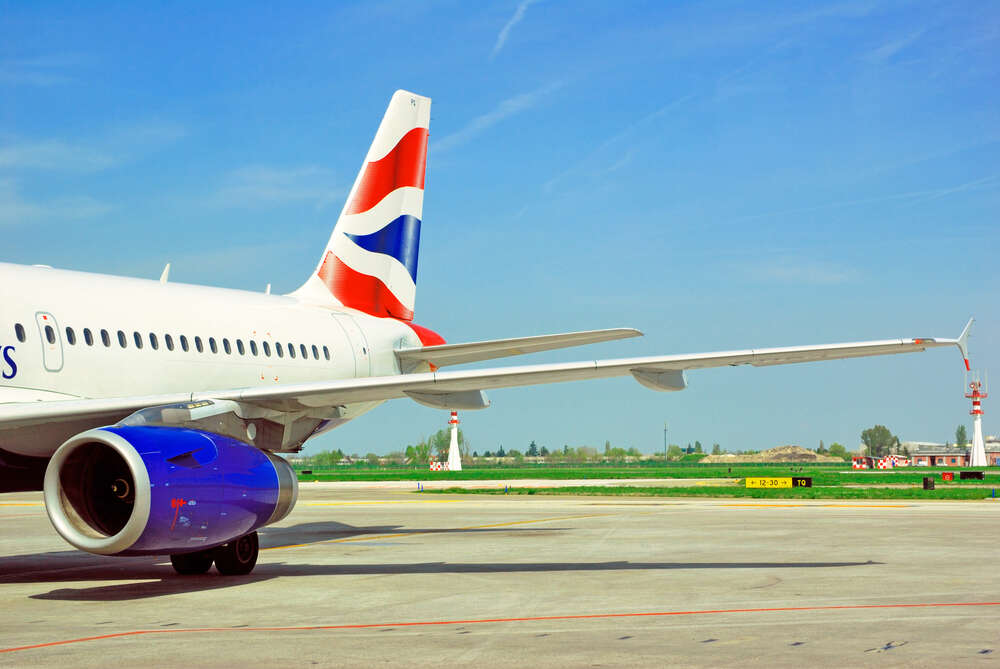 When departing from the airport, please note that almost all stages are automated, except for security checks. But if there is a need for help, there will be always staff nearby. By the way, getting lost at the airport, despite its small size, is quite easy due to the huge number of shops and cafes. It seems that the airport was placed in a large shopping center. 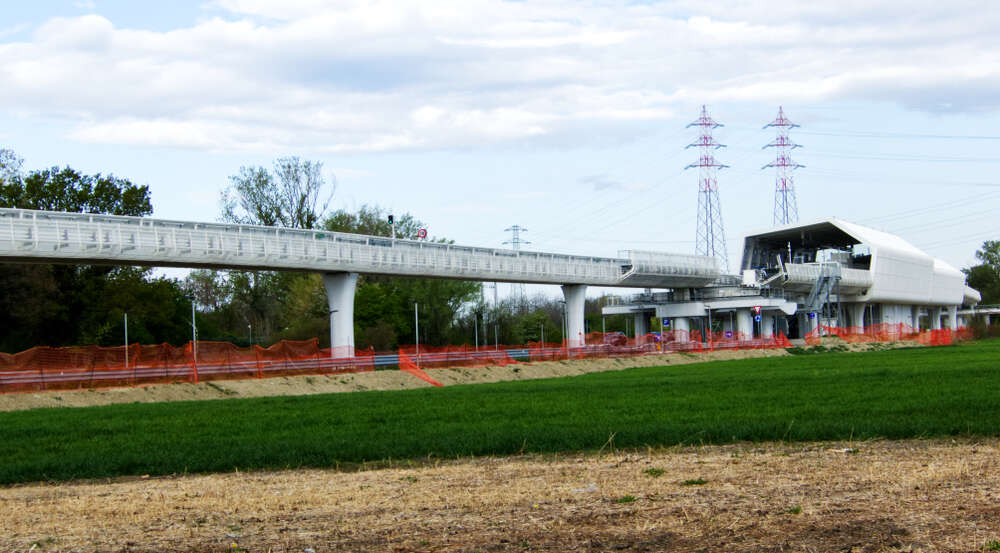 The monorail line, which stretches from the train station, is practically built, but has not been launched yet, and perhaps, you will have an additional comfortable transfer option by the time you arrive. 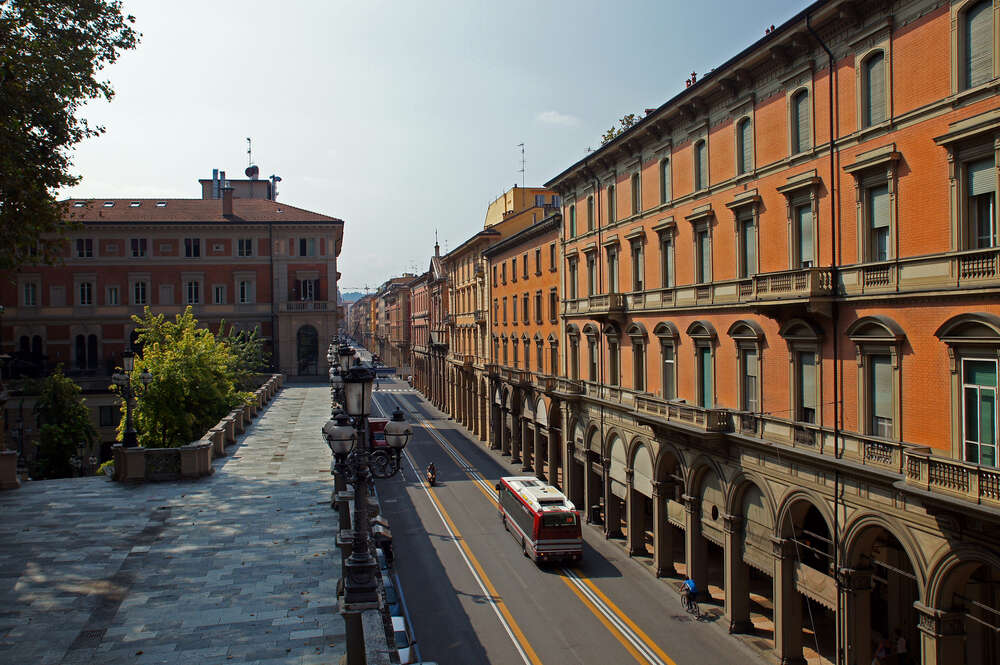 If you don't rent a car, arriving in Bologna, first of all, get acquainted with the transport system. There are buses, trolleybuses and one metro line in the city. Tickets can be purchased directly on board, in a special machine that accepts only change (prepare it in advance!). The fare will cost 1.8 euros. The ticket will be valid 60 minutes. A ticket, purchased at the box office or store, will cost 1.30 euros. But if you take a pass, it will cost even less - 12 euros for 10 trips. You can buy them in special machines at the end of the line, in all supermarkets and tobacco stores in the city. You can use it for two. The only thing you have to remember is to punch the ticket twice. A daily unlimited ticket for one costs 5 euros. 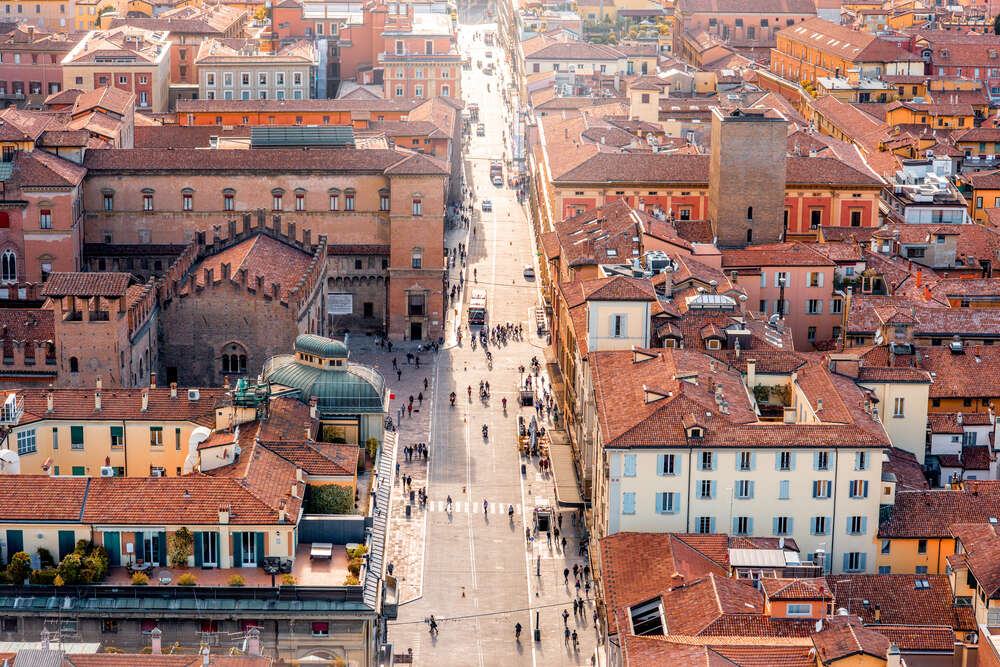 Buses and trolley buses run on a schedule, which can be seen at each stop. Keep in mind that on weekends and public holidays, transport through the city center changes its routes.

Important: Examining of tickets on the lines is made regularly, and the fine for ticketless travel or not composted coupon is 80 euros.

Sights of Bologna: places to see on a journey 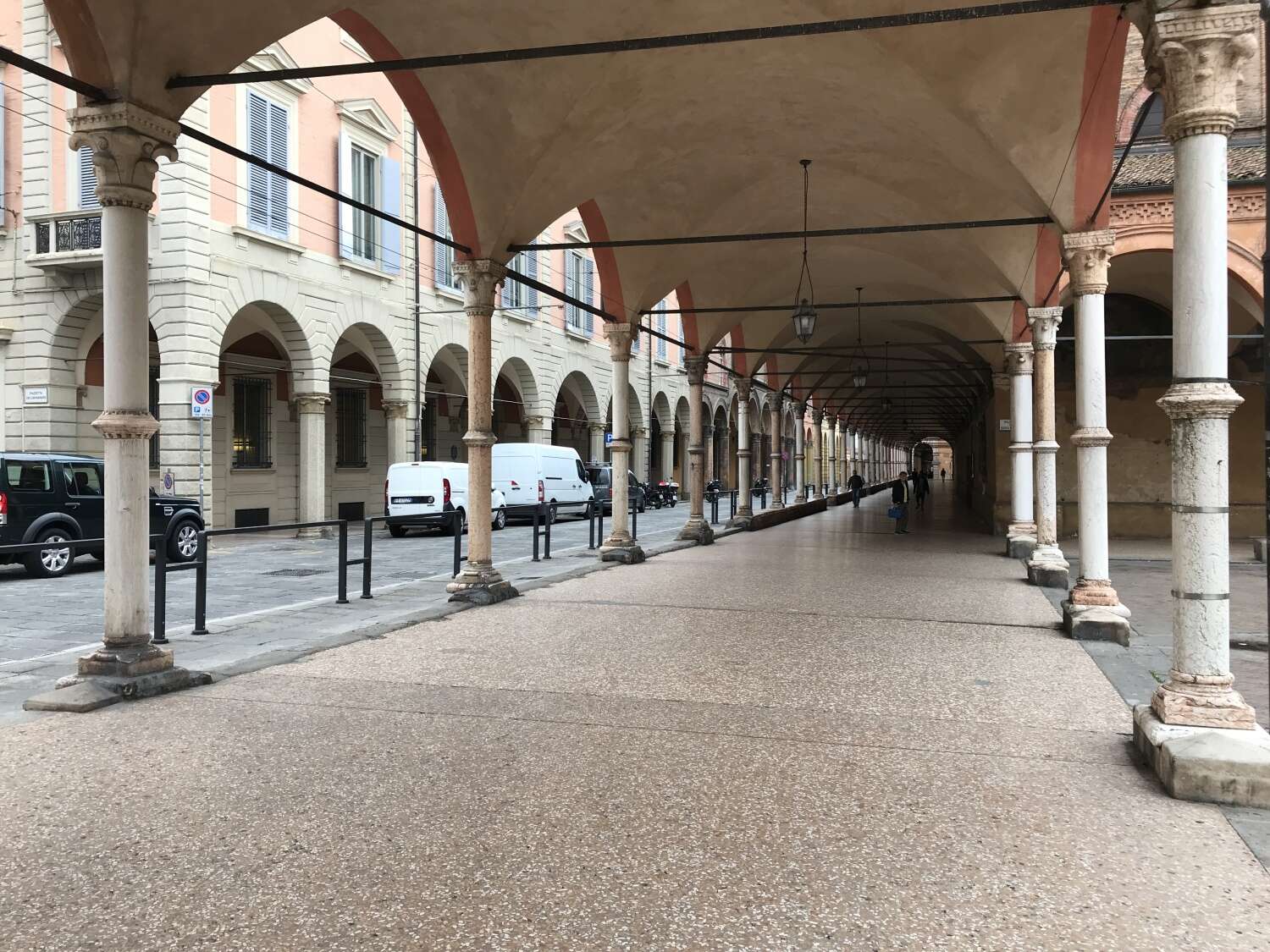 Bologna is an amazing city. From the first minutes, it draws a traveler into its arms and doesn't let go. And this happens thanks to multiple galleries. Getting into these networks, framed by columns, you lose the sense of time. Galleries are one of the visit cards of Bologna. They appeared in the distant century, when the city was clamped by fortifications and the land tax was very high. Then the property owners came up with a trick - they began to carry out the living space above the pavement, forming galleries. Housing expanded, and they didn't have to pay for the land. The city authorities realized that they had been tricked and allowed to continue building this way, but under one condition: gallery height should have been enough for a rider to pass under it. The citizens began to erect extra meters so strikingly, that today, the length of the galleries reaches 40 kilometers! 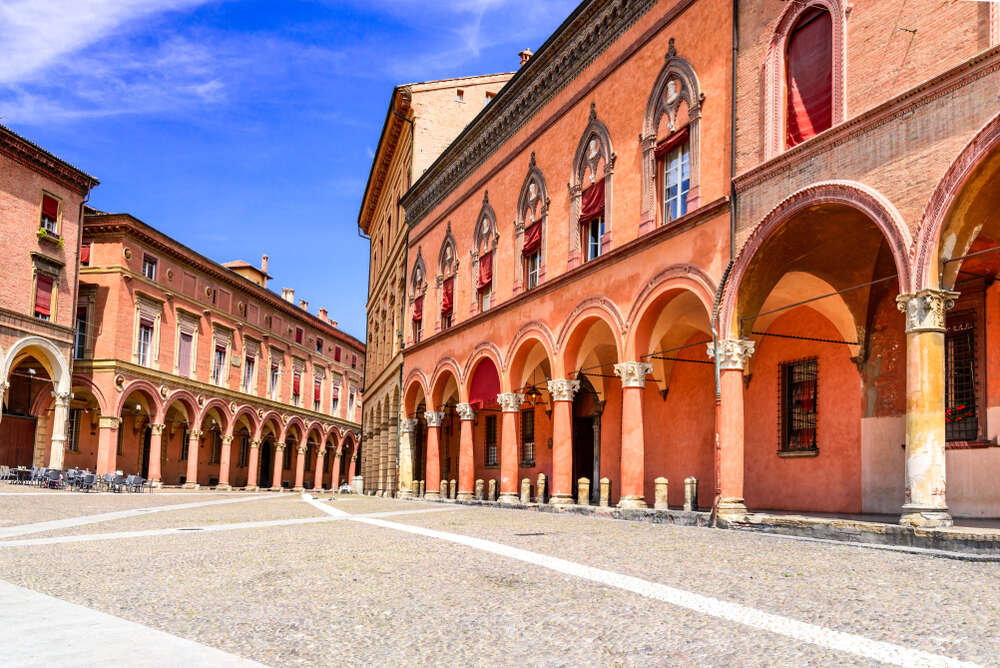 The towers are another symbol of the city. Many centuries ago, when rich people had to show their superiority over their neighbors, they built high towers. The higher the tower is, the richer you are. There were more than a hundred such towers in the city! Many of them reached 90-100 meters. Unfortunately, time turned out to be imperious over them, and today, no more than two dozen towers can be found in the city. The highest of them, called Asinelli, can be climbed. To do this you will need 10 euros and the confidence that you will overcome 500 steps. But for this, you will be rewarded with a magnificent panorama of the city, and when the weather is fine, you will see the mountains and surroundings. 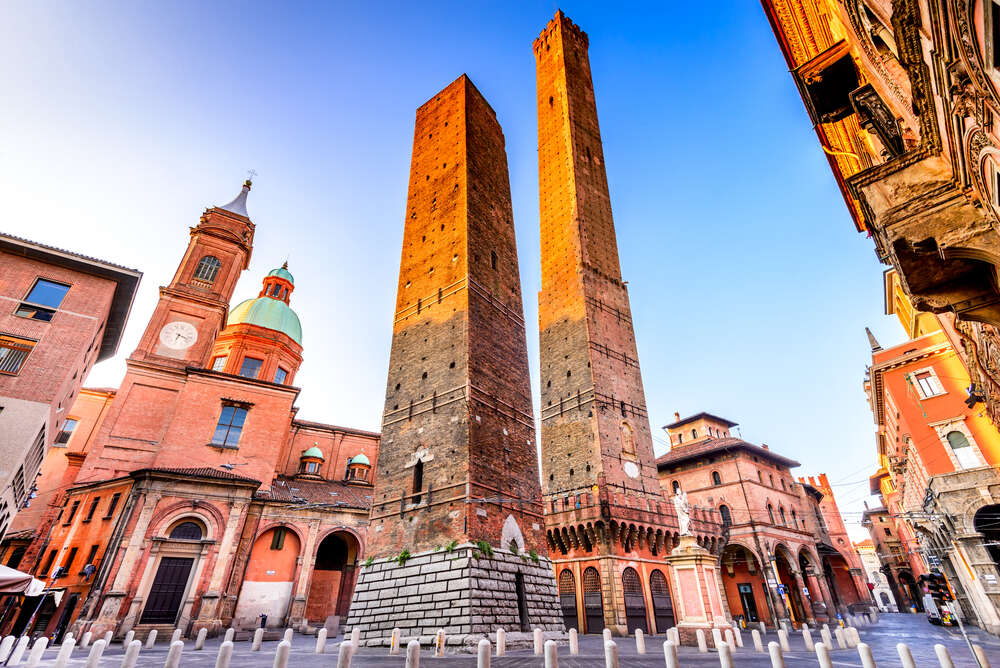 Important: You should expect a rise of moderate severity, so calculate your strength. There is no recreation area or cafe in the tower. Therefore, take water with you. Tickets must be purchased in advance, and the ticket office is located on the central square of the city, 200 meters from the tower.

In Bologna, there are countless temples - large and small, magnificent and very simple. They constantly come along the way. Feel free to enter them for at least a couple of minutes. But among them, there are several cult ones, that amaze with their greatness and ...  long-delayed construction. 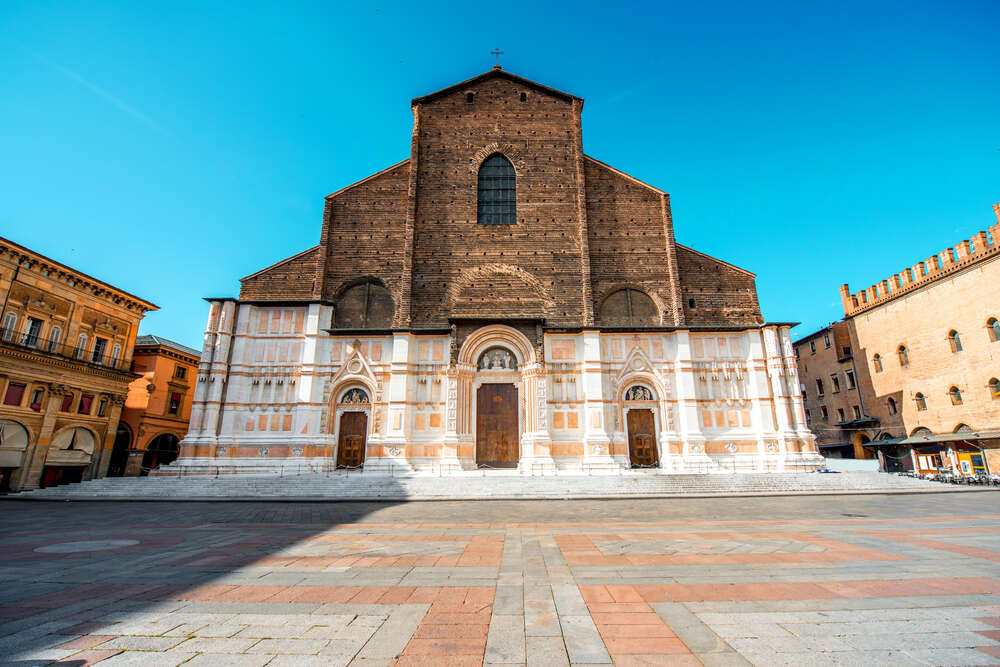 The majestic Cathedral of Saint Peter was erected, destroyed, built, rebuilt and finished in 845 years. Today it is the metropolitan cathedral of Bologna. 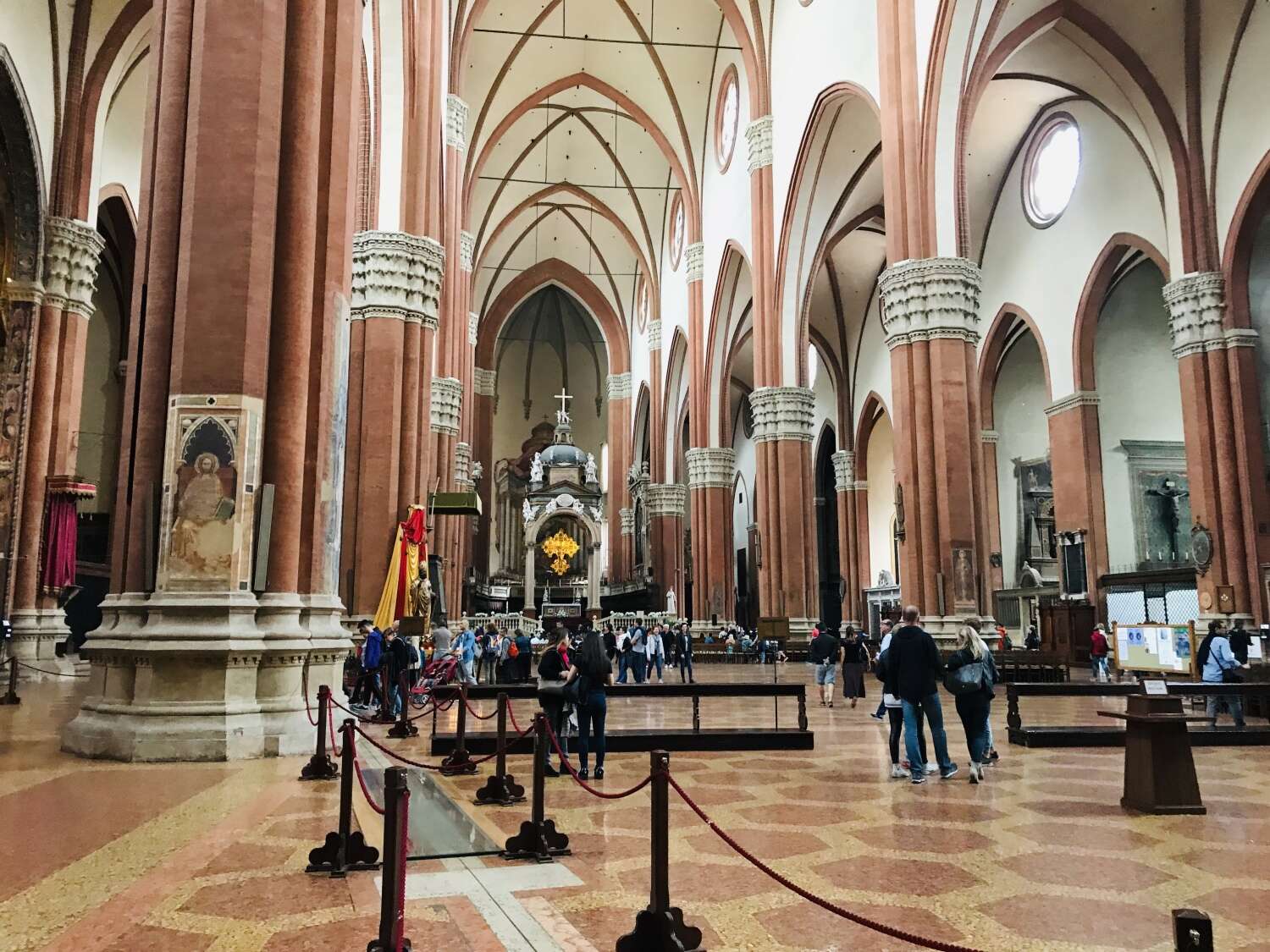 San Petronio Basilica still draws attention to its unfinished furnish of facades. Initially, it was conceived as the largest in Italy. But the Pope did not give permission for this. The cathedral had to be reduced, but it took still almost three hundred years to build it. It was sanctified after another three hundred years, and they began to restore it immediately. Only at the early years of 2000, the remains of St. Petronius, after whom it was named, were relocated to the church, but the facade remained unfinished. Inside the cathedral, you can search for a fresco depicting Muhammad being tormented by demons. And if you can take a picture of her, consider yourself very lucky. This fresco, and indeed the entire cathedral, is protected by the police from religious fanatics, who constantly threaten to destroy both the image and the temple. Therefore, the security doesn't let visitors approach this place too close. And here is also the meridian with a solar calendar. Through a hole in the vault, a sun ray falls on the meridian, indicating the exact date. On a sunny day, it is easy to check the accuracy of an unusual vintage calendar.

Make sure to look into another temple - the temple of science - the University of Bologna, the oldest in Europe. But this doesn't make it an uptight and closed institution. On the contrary, young people bring a stream of freedom in its medieval corps. 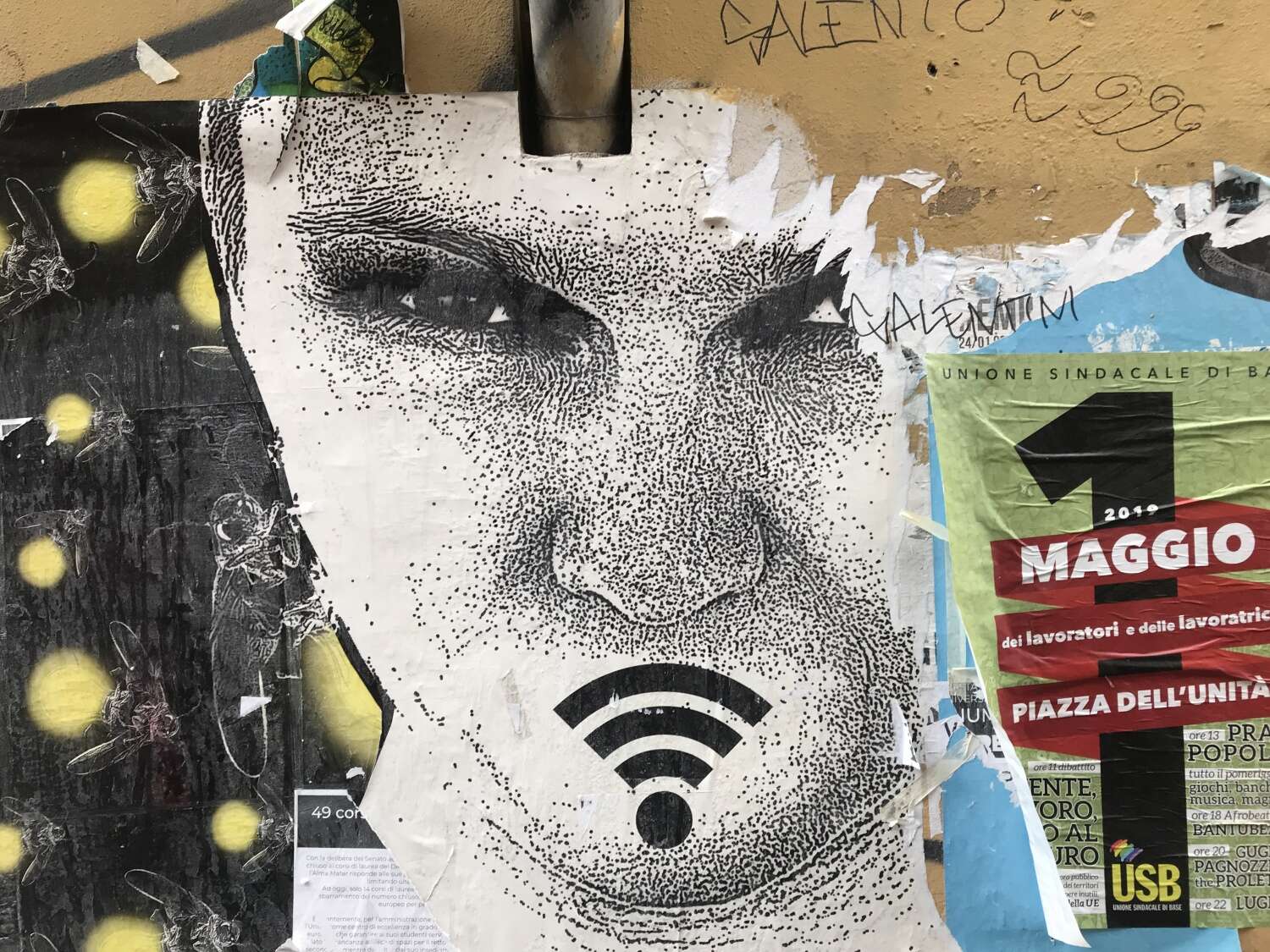 About the approach of university quarters, you will guess without a clue by the set of graffiti, posters of clubs, cheap cafes, music and hum.

You can enter the building itself from the street and even stop by the lectures in the classrooms, which still retained their decoration. There is also an anatomical museum and a theater here. 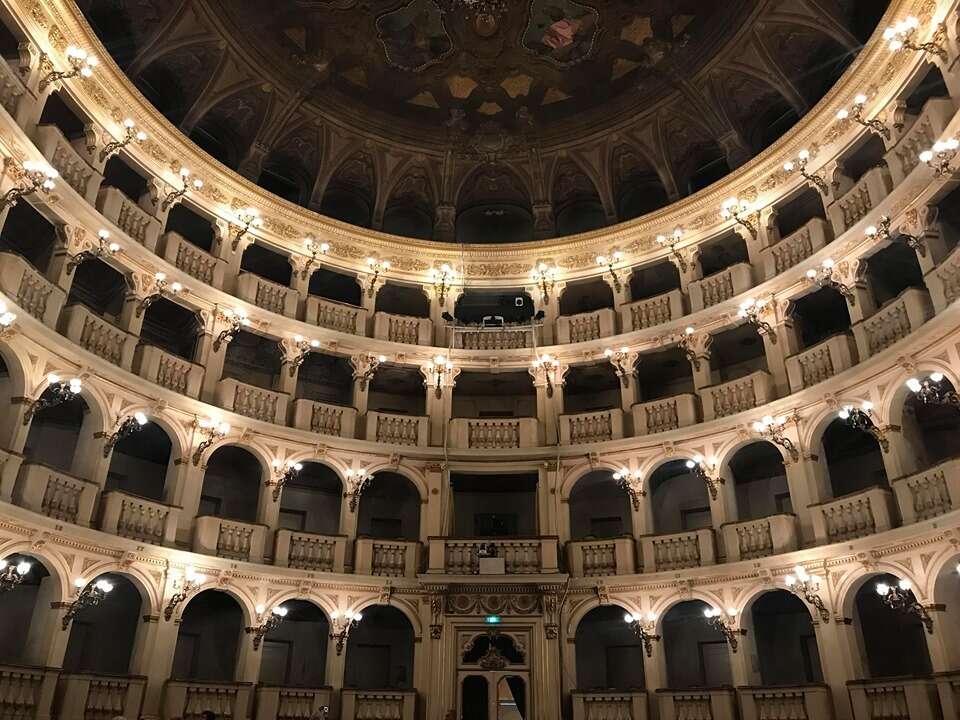 Let’s speak of theaters. In Bologna, there is the Opera House, which is, of course, the oldest state theater in Europe. On its stage, operas of Rossini, Verdi, Wagner, Bellini were played. Today, you can listen to opera, performance of symphony and chamber orchestras, enjoy the ballet. And you can get to the most unexpected places and go down under the stage during a special excursion. 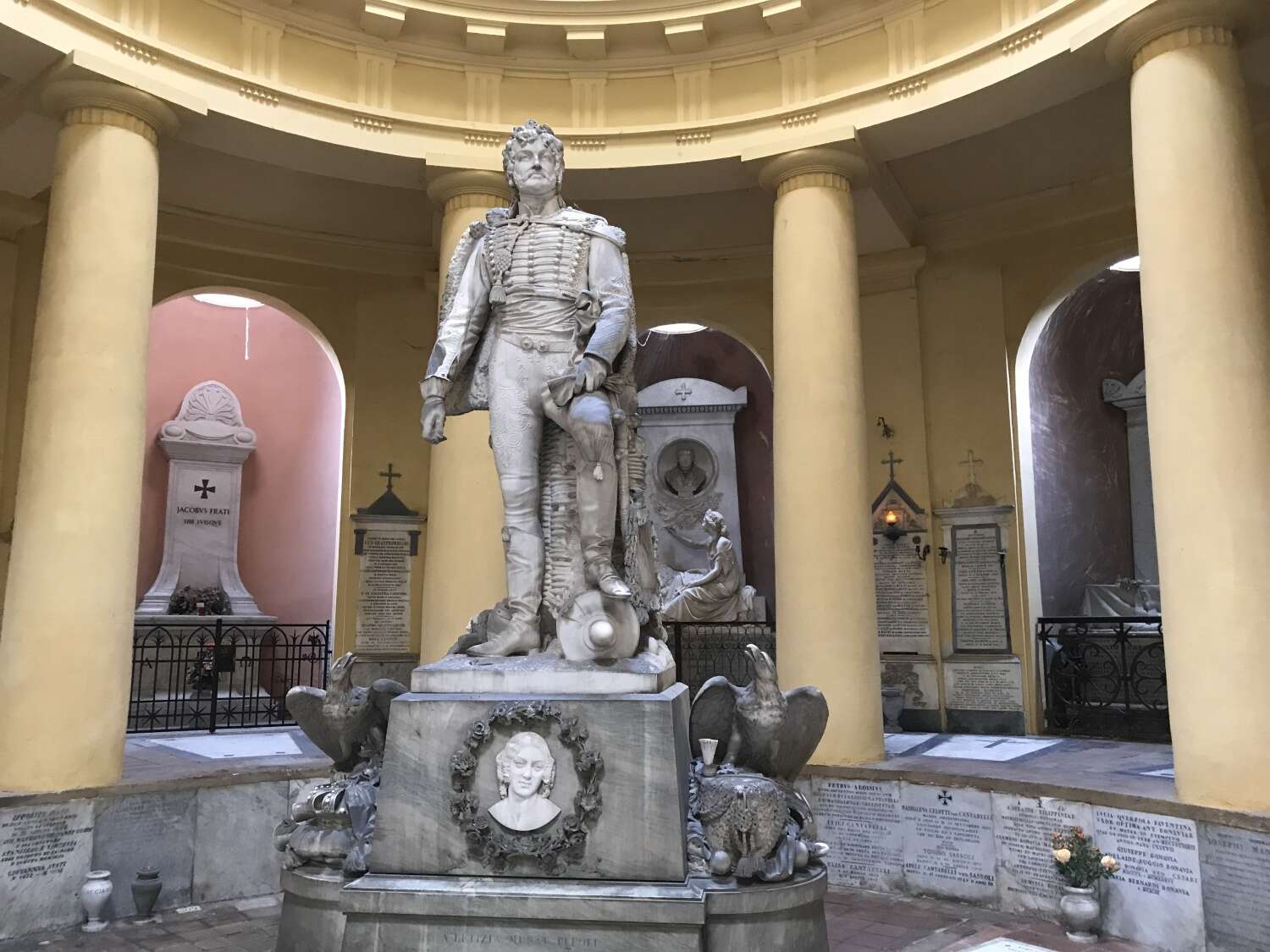 Another significant place is Certosa di Bologna (Cemetery). The city of the dead with its galleries looks like the city of the living. The sculptures crowning the graves and installed in the Pantheon resemble the Vatican museums with its magnificence. 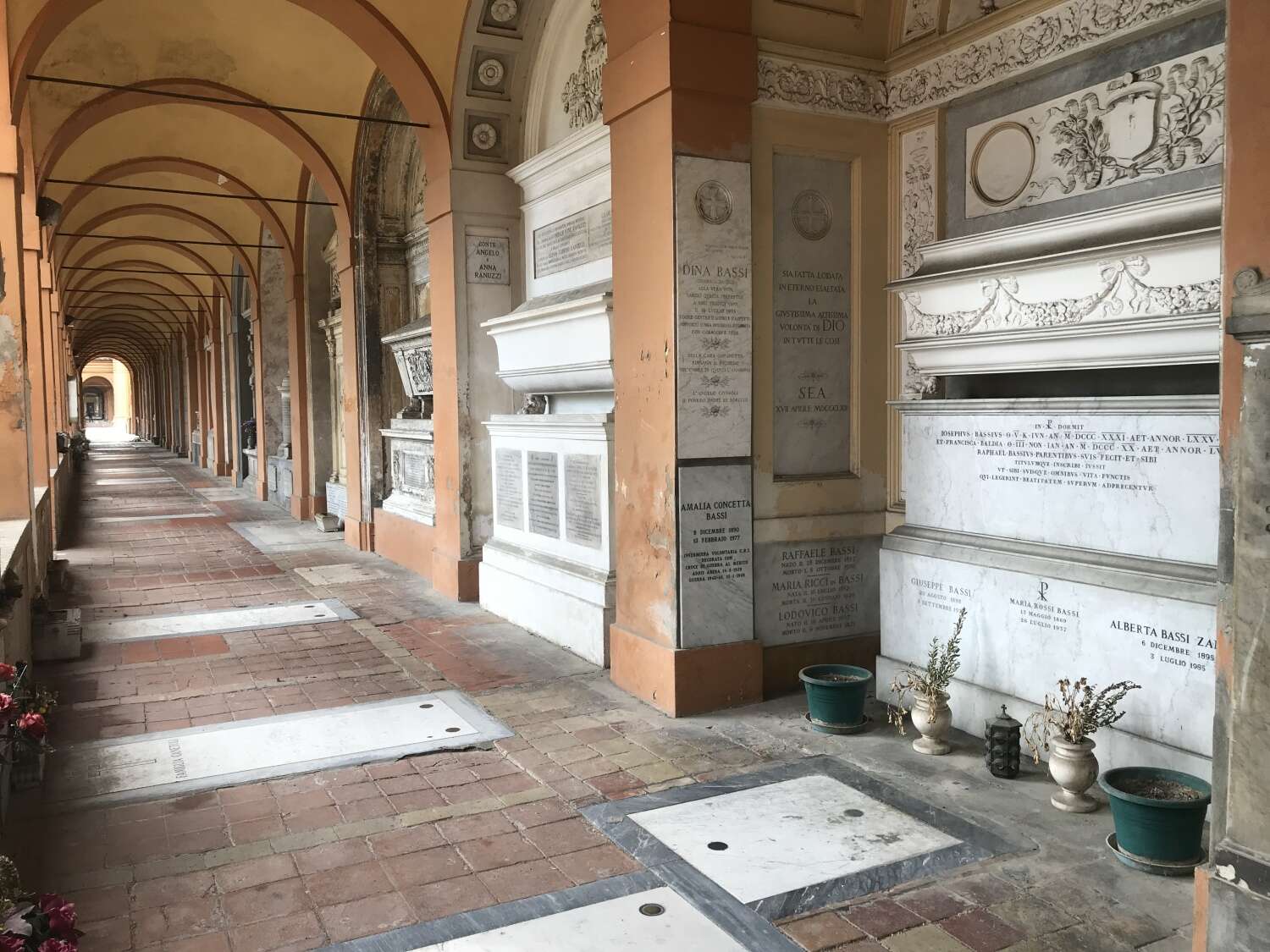 Life hack in Bologna: how to see the Venice landscape without a queue

There is one attraction in Bologna - a small window overlooking the secret canal, hidden between the houses on Pielle Street. This place is marked on Google Maps and Trip Adviser. 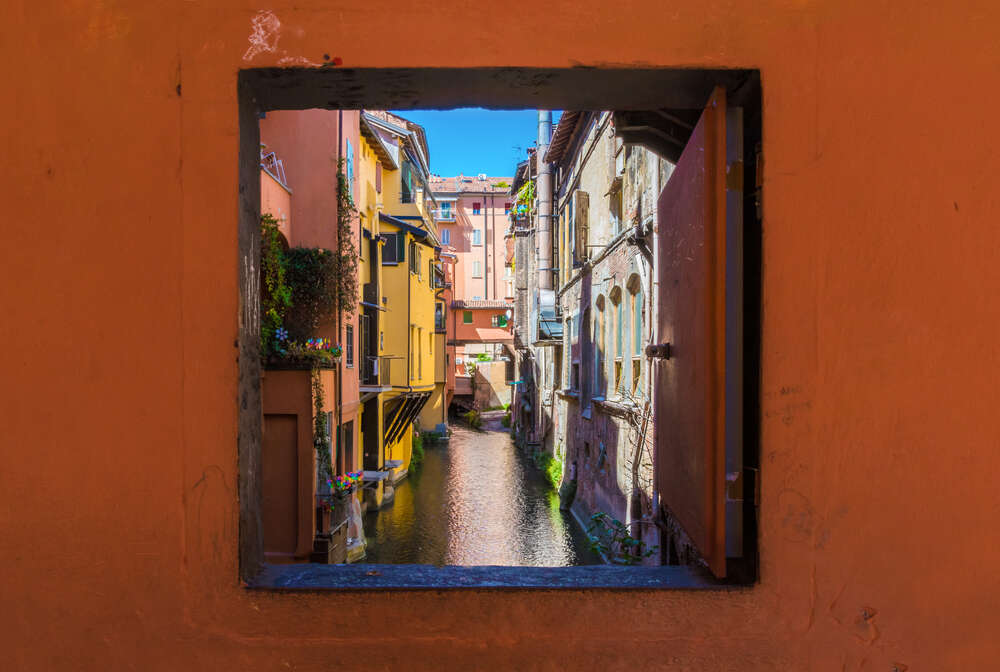 In order to look in and see the Venice landscape, you should even stand in a small queue. So, on the parallel Guglielmo Oberdan Street, you will see a similar view of the canal, but not through a hole, but from a mini-bridge. And no queue is guaranteed! 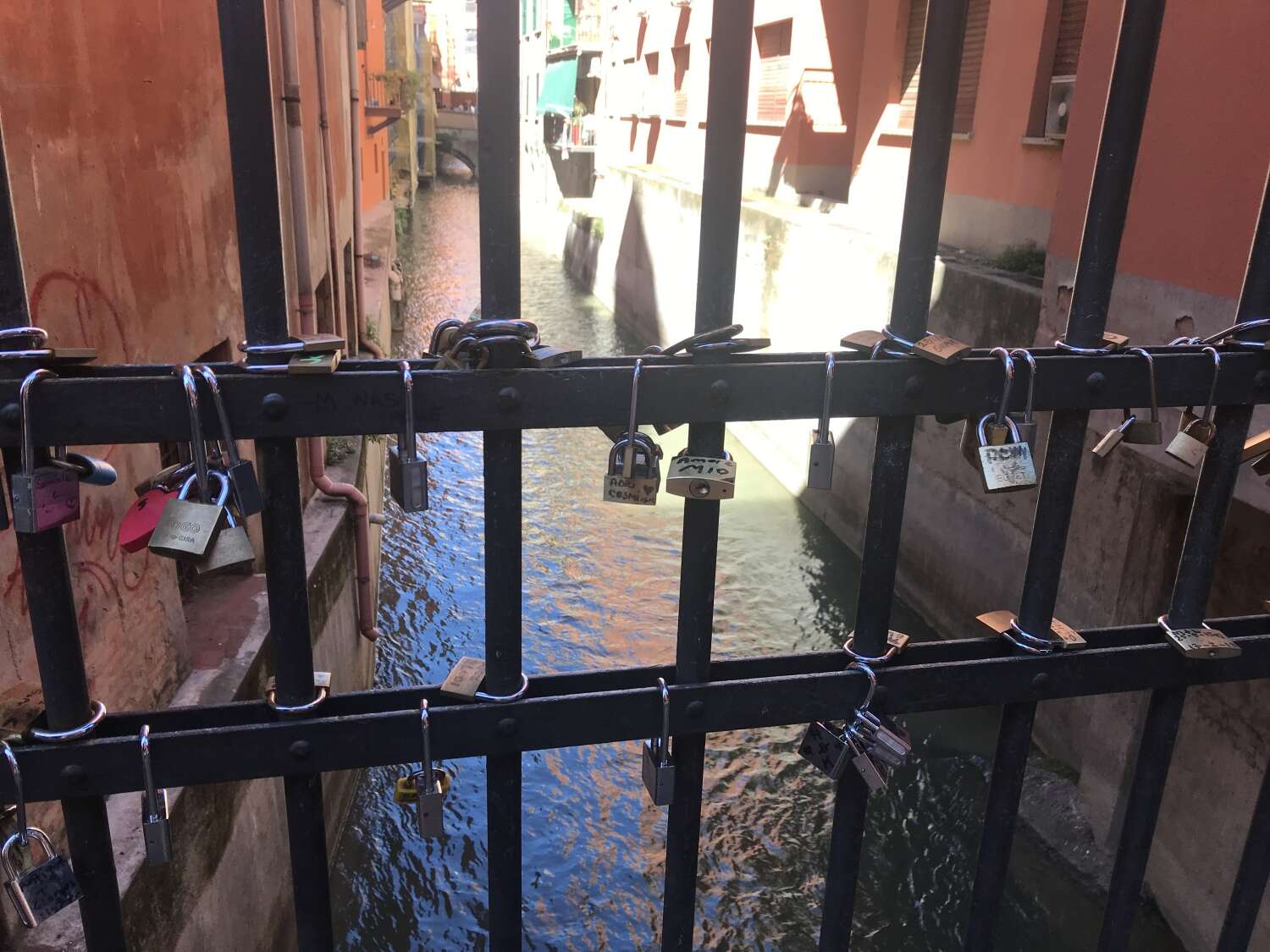 When to come to Bologna: holidays and festivals

Of course, you can come and enjoy Bologna at any time of the year. Thanks to the galleries, there are no terrible summer heat and autumn rains. If you are bored with the sights, you can taste local food - Bologna is considered to be the culinary capital of Italy. 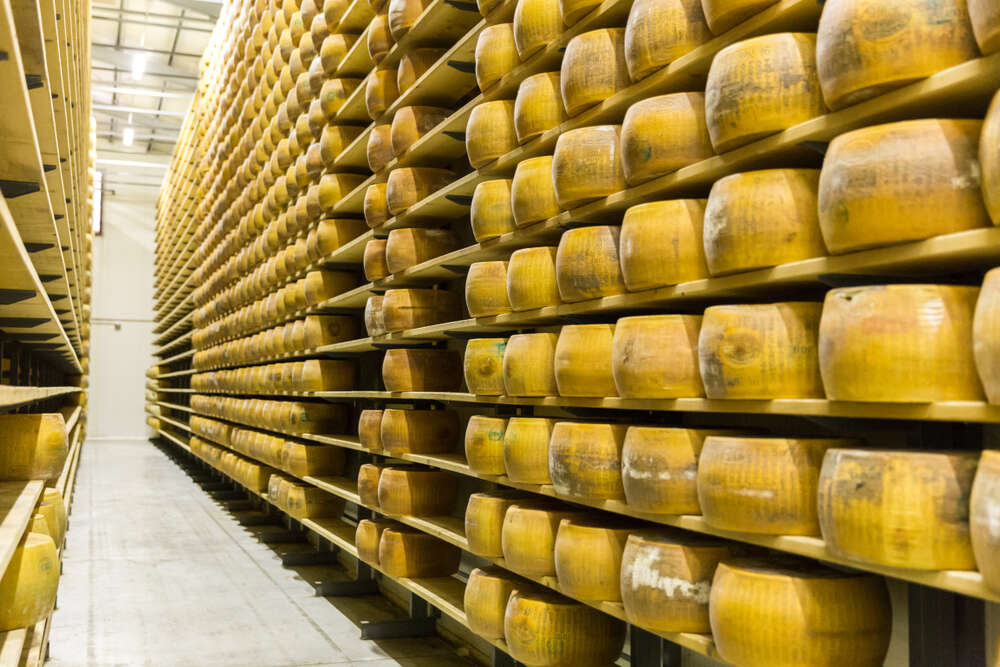 Not far from here, there are the towns of Parma and Modena, from where the famous Parma ham, parmesan and other cheeses, wines and the great sparkling Lambrusco are delivered to the main city of the region. The proximity of the sea also makes itself felt. In the shops and markets, you can see and try the freshest squids, octopuses, fish, shrimps, oysters and other seafood. 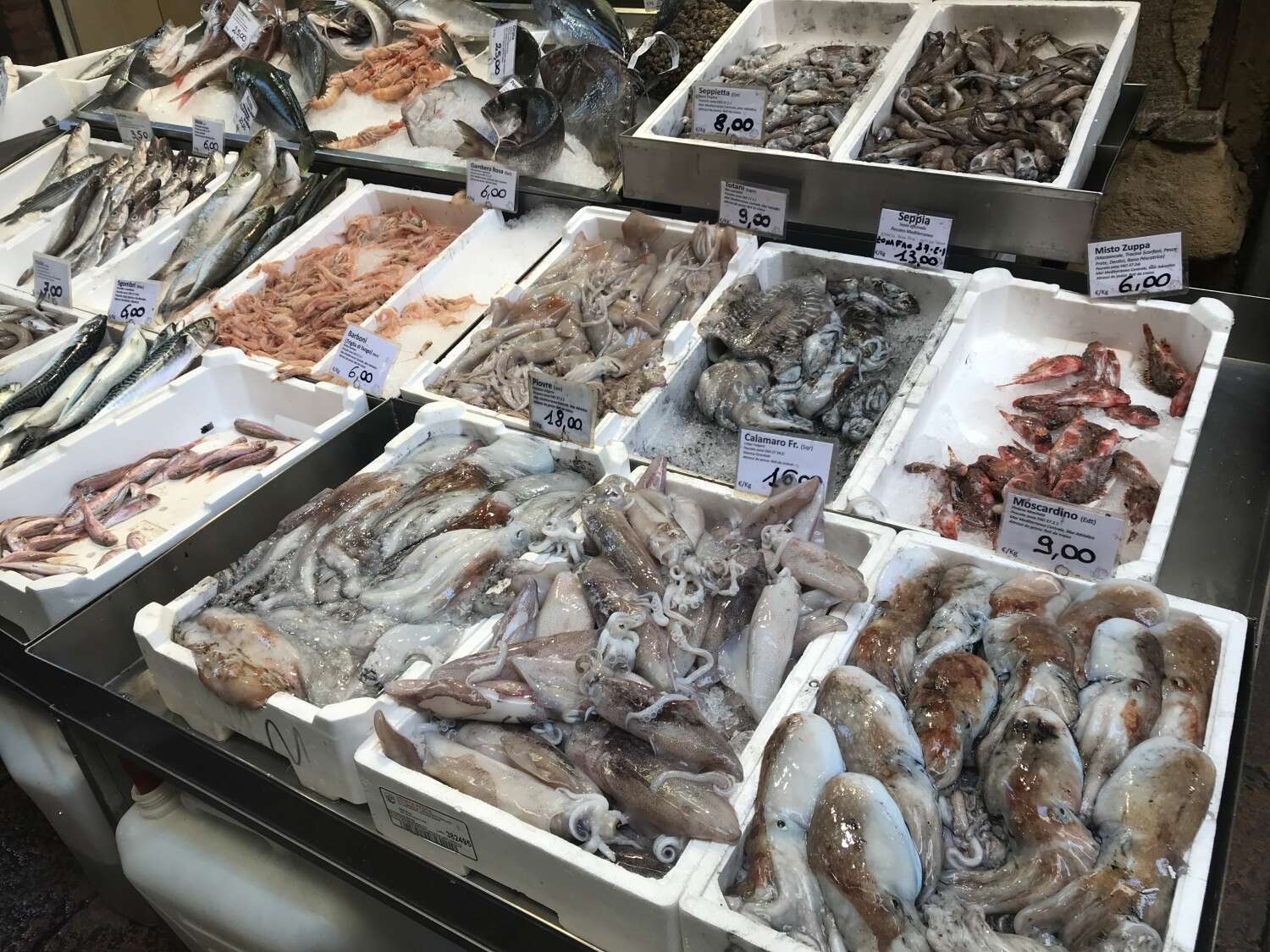 But try to combine the trip with some event, such as a festival. Moreover, festivals and interesting events take place there constantly.

One of the most colorful is the Soup Festival, held in early May. Anyone who is ready to cook at least 10 liters of soup and to treat them to everyone can take part in it. If the most viewers like your soup, you will receive the audience award - Golden, Silver or Bronze ladle. 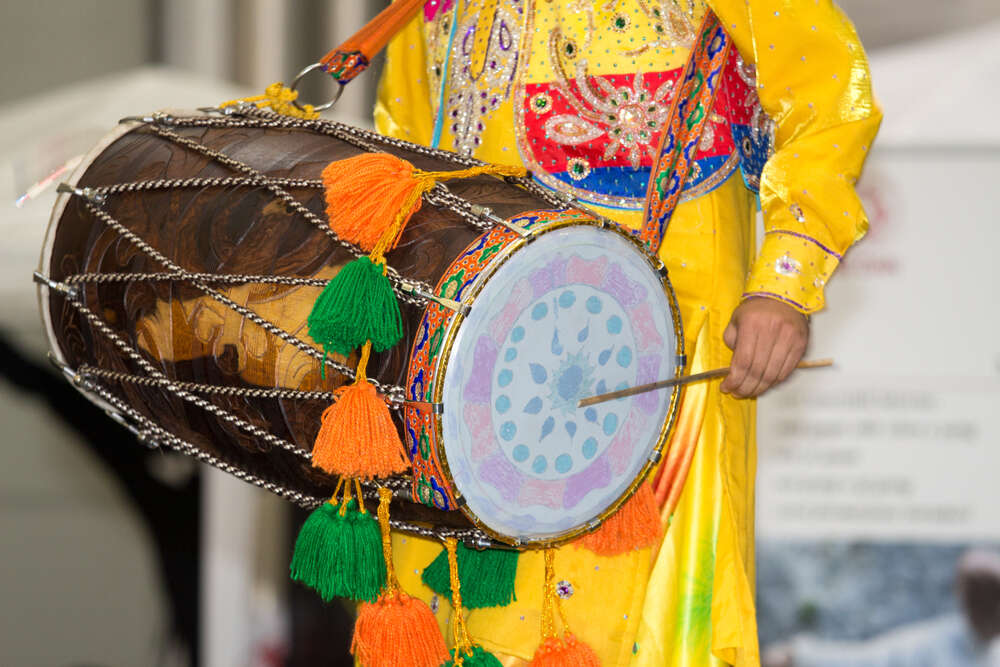 For two months, starting from the middle of March, the Bologna Festival takes place, where the best European classical music performers gather. The unusual festival of street dance and architecture called Danza Urbana takes place in September and lasts two weeks. And immediately after it, the RoBOt Festival begins, which is a festival of modern technologies in the art. In mid-September, you can get to Cioccoshow di Bologna, the festival of sweets and chocolate. From late October to mid-November, jazz is played in Bologna at the annual Bologna Jazz Festival. 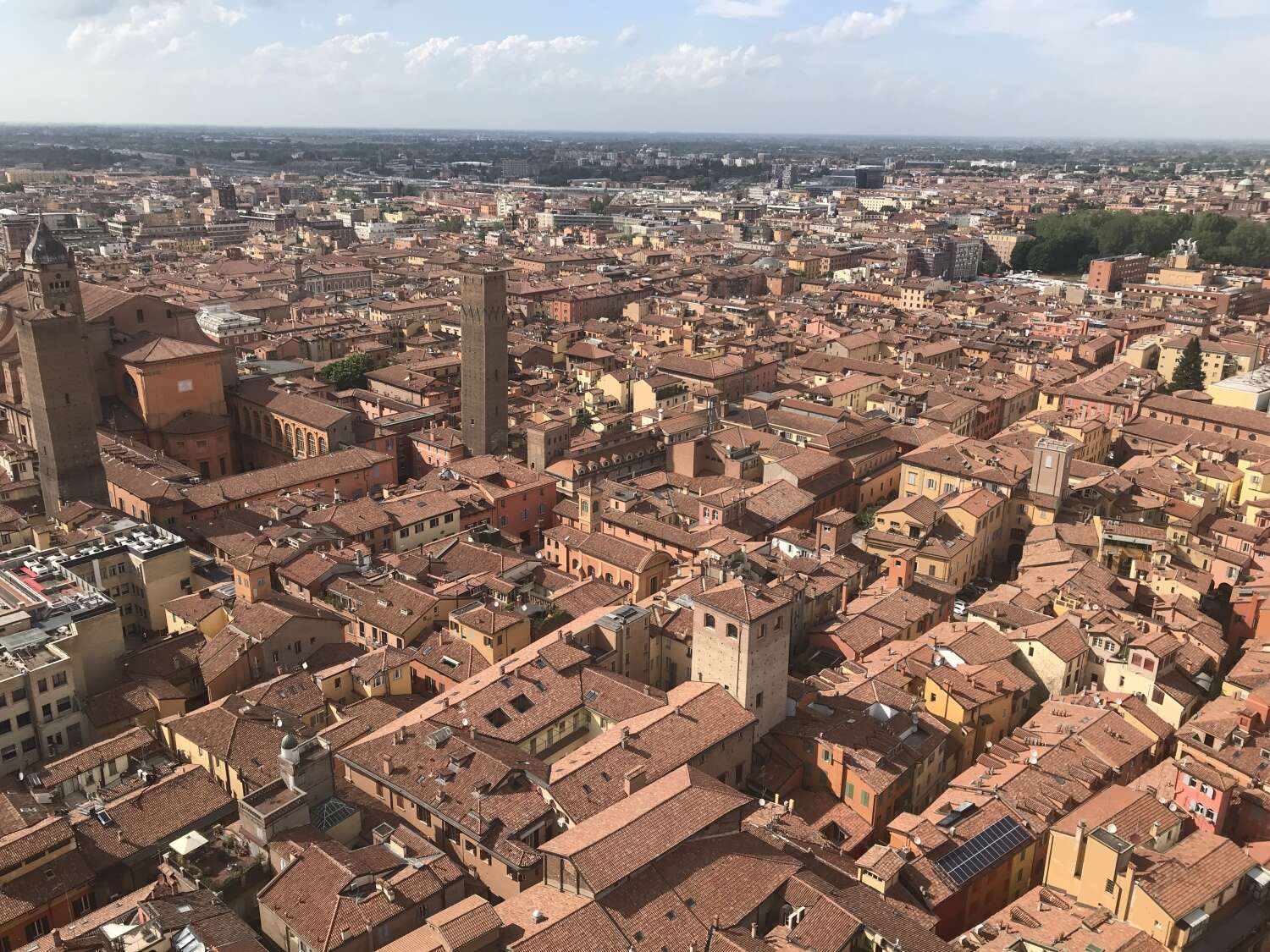 Bologna has many faces. It is beautiful and conveniently fits into the transport system. It is ideal, because from here, you can plan any routes throughout northern Italy. But when you find yourself here, you will realize that this colorful, atmospheric city deserves a separate trip! After all, Bologna remains an elegant red-haired beauty, which is impossible not to fall in love with.