On A Date With Stockholm

Stockholm is amazing! It’s spacious, calm, interesting and free. Everyone is in a hurry here, but not too much. Everyone is friendly, but not intrusive.

Together with Travellizy Team, we are going to the capital of Sweden, located on 14 islands. We'll climb onto the roof where Karlsson-on-the-Roof lived and take a good look at the surroundings, find out where the world's oldest spruce grows and how many cinnamon buns the Swedes eat in a year, we'll get to know Swedish and Old Norse words, visit an unusual open-air museum, and we might even meet the most real king and queen. 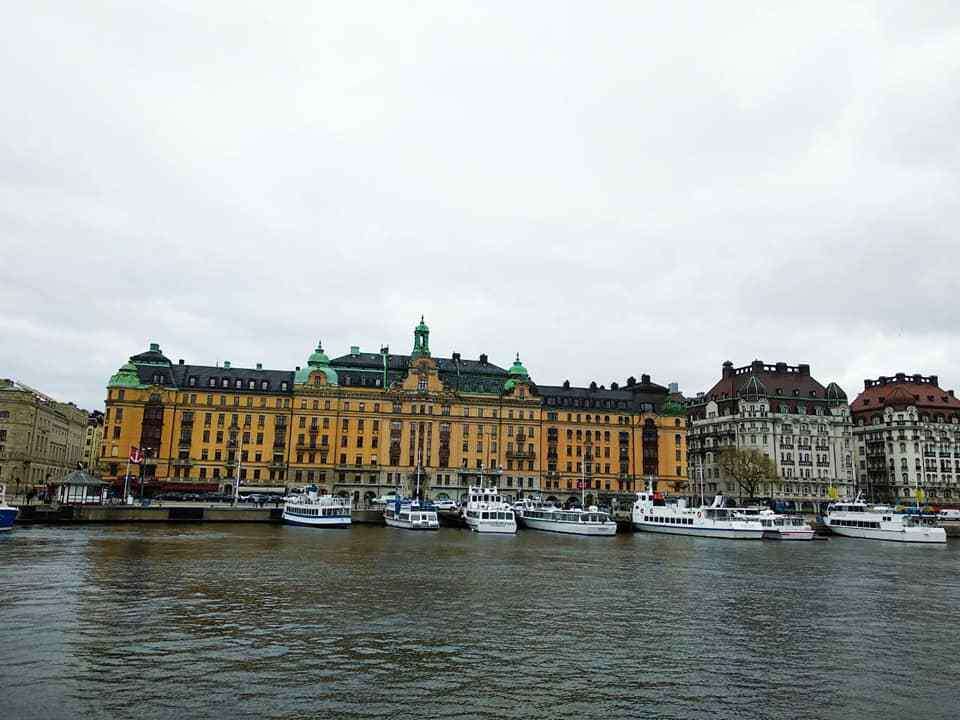 Stockholm is one of the most beautiful cities in Scandinavia. It is famous for its charming old center (Gamla Stan) with medieval houses, modern innovative architecture, many great museums and green parks.

Stockholm is located in the south-east of Sweden on the channels connecting the Baltic Sea and Lake Mälaren. The climate is temperate maritime, which is significantly influenced by the warm Gulf Stream. Summer in Stockholm is cool with an average temperature of around +20°C. Winter is characterized by light frosts and frequent thaws. 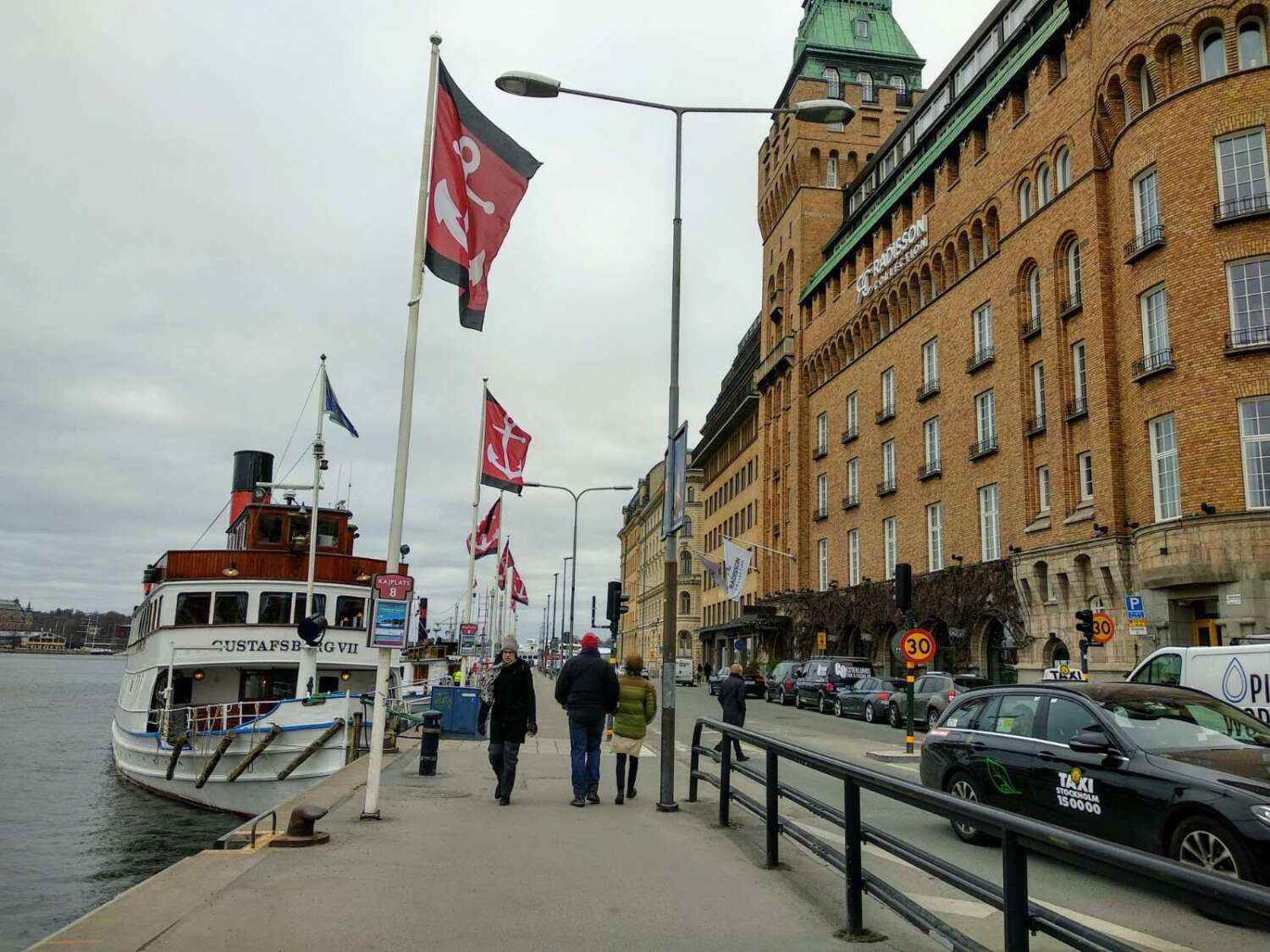 The city was founded over 700 years ago. Today, it is located over 14 islands in the cold Baltic Sea, connected by 57 bridges. But despite this, almost all its main attractions can be easily reached on foot.

Before your trip to Stockholm, here are some interesting facts about Sweden: 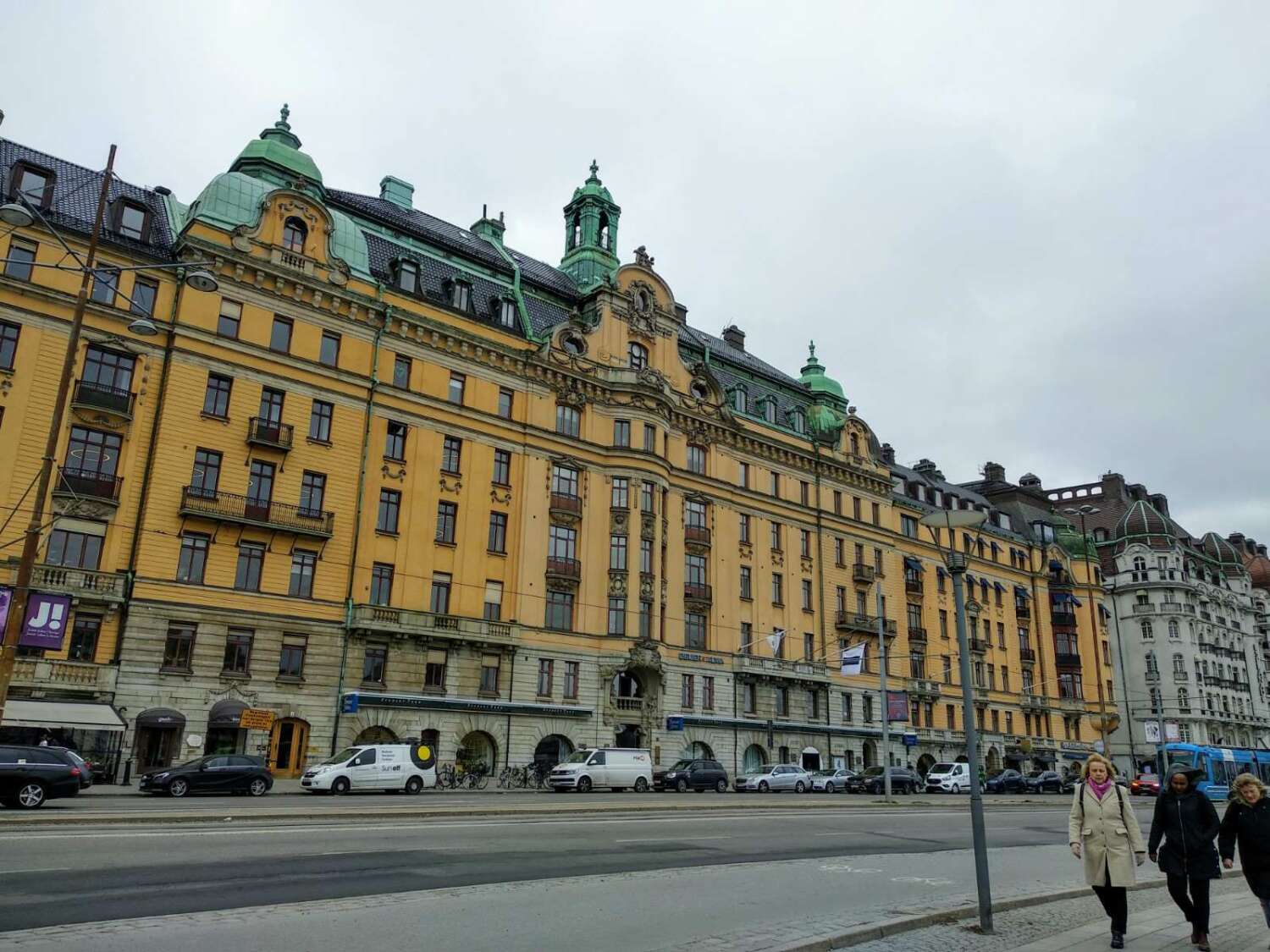 Stockholm and its Gamla Stan

The old town, or Gamla Stan, is the oldest district in Stockholm. That's where Jarl Birger built a fortress in 1252, which gave rise to the city. Most of the buildings date back to the 17th and 18th centuries, but many of them stand on the foundations of earlier buildings.

Until 1980, Gamla Stan was officially called the City Between Bridges. At first, the name Gamla Stan, which literally means "Old City", referred only to the settlement around the fortress on the island of Stadsholmen, but gradually, the whole area on 3 islands began to be called so. 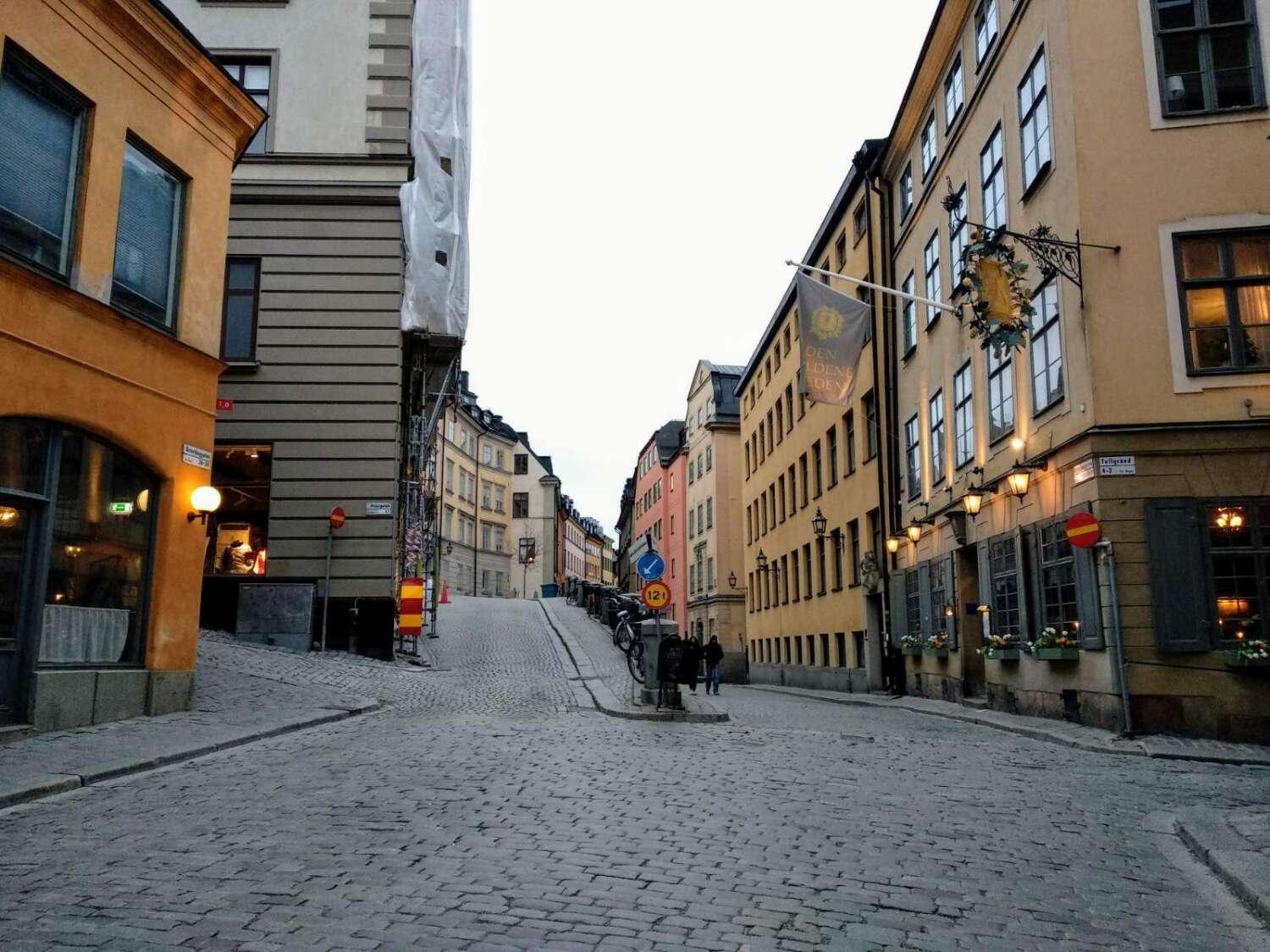 In Gamla Stan, there are not only hotels, but also residential buildings, where about three thousand people live. Mårten Trotzigs Gränd, Stockholm's narrowest street, is only 90 centimeters wide. 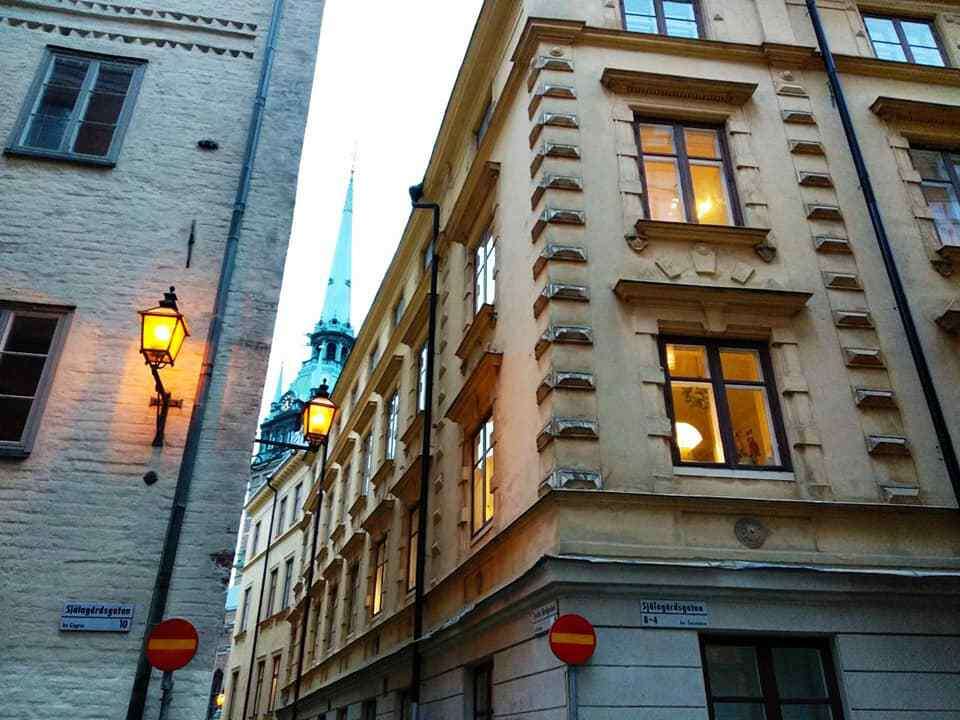 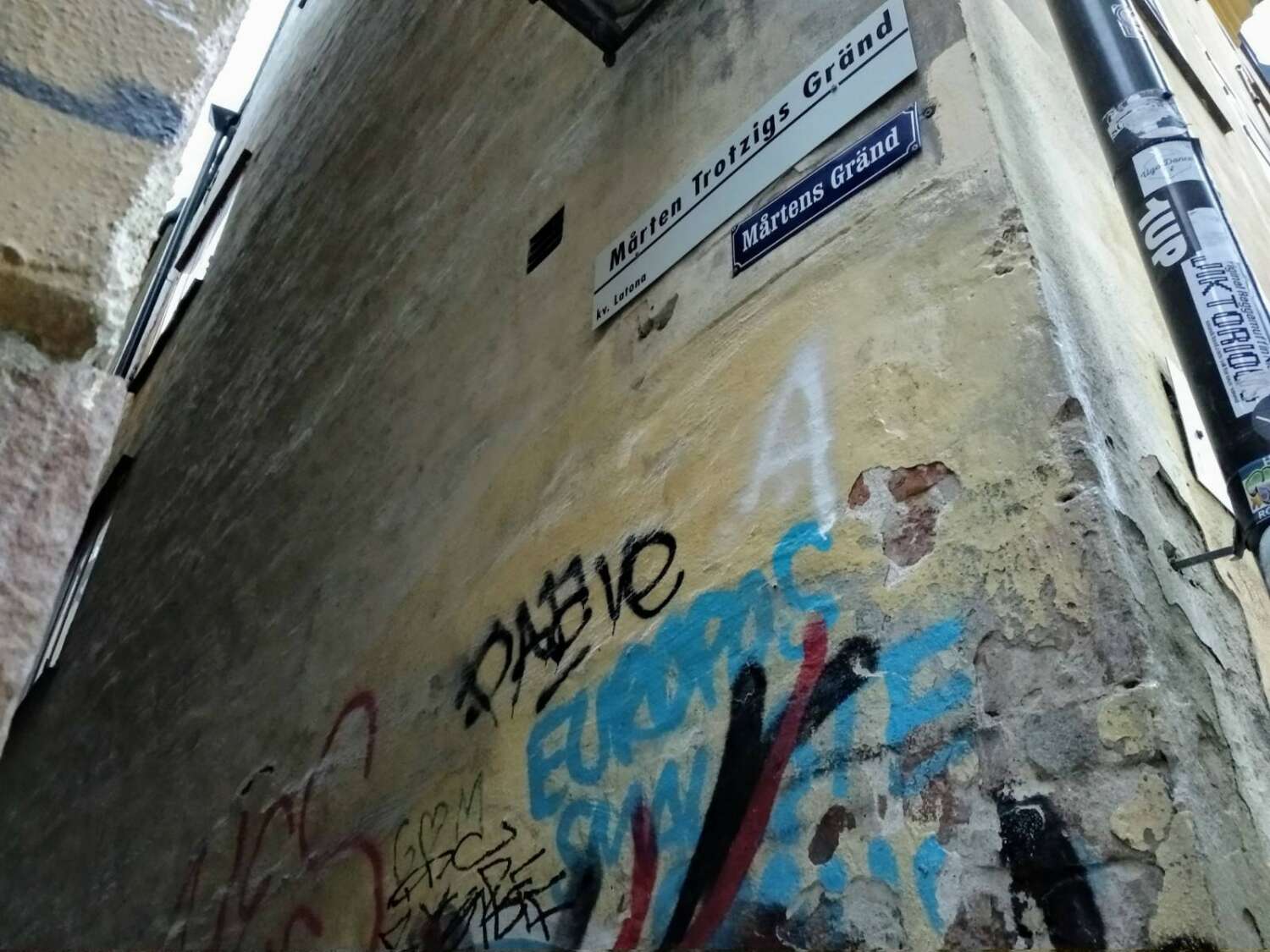 Being located on the islands, Stockholm is beautiful at any time of the day or night. Enjoying its bird's-eye views is the dream of every brave adventurer. If that's about you, welcome to the rooftop tour.

In Stockholm, such a tour is unique - it is provided by only one Swedish company on the only building with a specially equipped roof. You should not be afraid of heights - tours are conducted accompanied by an accredited guide, each tourist is given special safety equipment.

The tour takes place over the rooftops of the old parliament on Riddarholmen. In translation from Swedish, it means Knight's Island. Here you will enjoy panoramic views of the Old Town, Södermalm, Kungsholmen, Norrmalm. 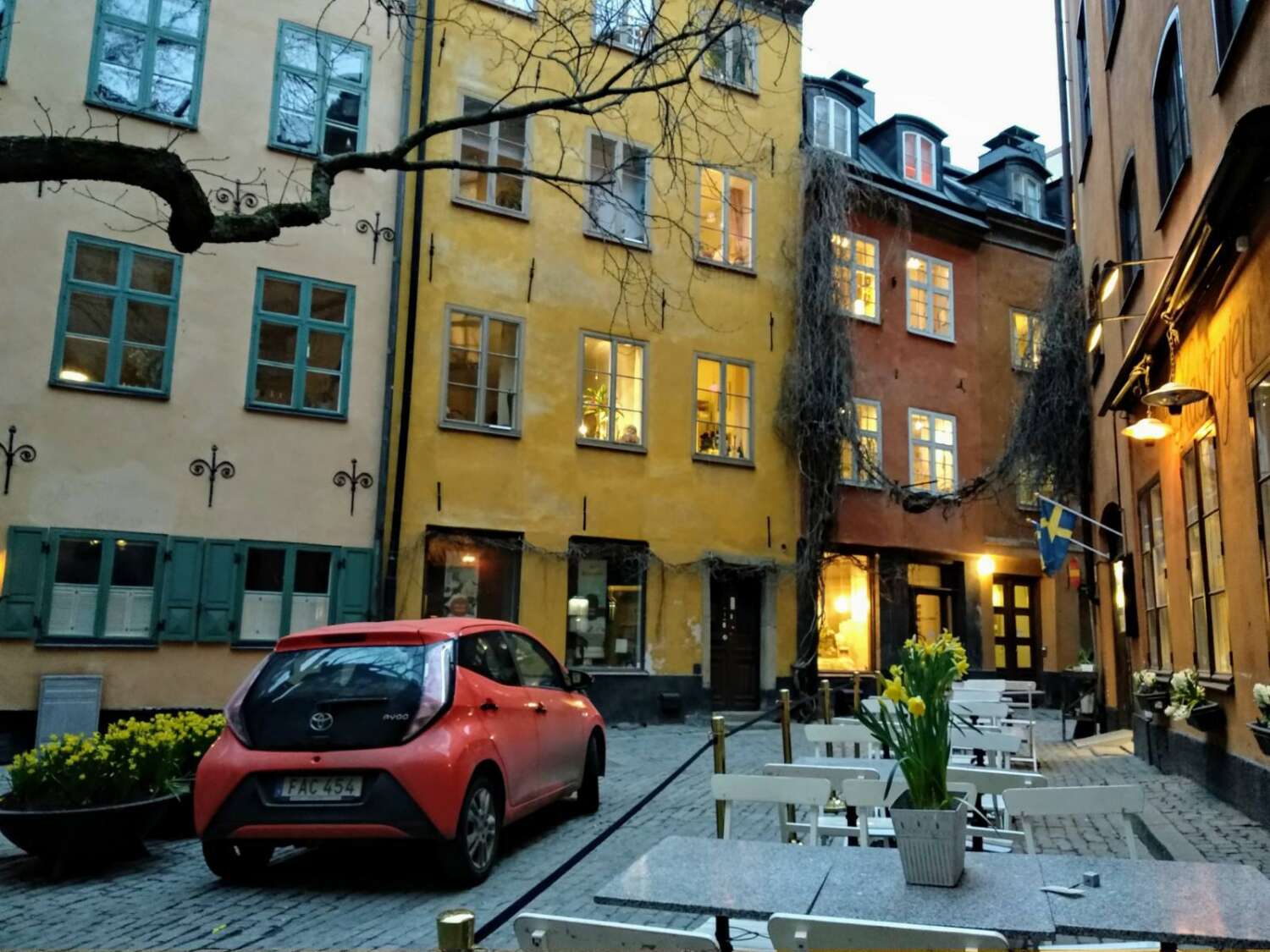 The wonderful views are accompanied by interesting stories about the city. Here you will find out which Stockholm island is the loneliest one, where the Karlsson's roof is located and what else happens in the town hall, besides the Nobel banquets.

Tours are conducted all year round, in any weather (in case of rain and snow, you will be offered raincoats or warm clothes). But you need to choose a date and book tickets in advance, because guided tours are not available every day, and they are in different languages ​​on different days. Find more details on the website.

Specially for travelers, Travellizy Team has collected addresses with tasty little meatballs in the city. Even Karlsson would have much appreciated them: 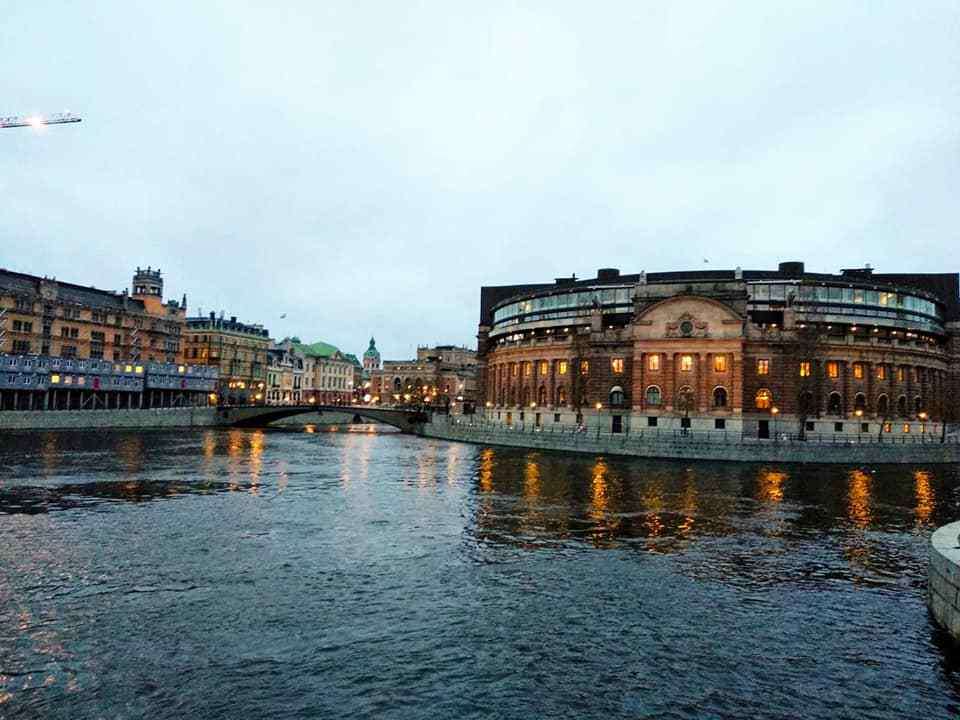 By the way, the Swedes have such a concept as fika: a light snack with coffee at any time of the day. We invite you to join the ritual. Stop by Chokladkoppen for canelbulla, Karlsson's favorite cinnamon buns, to accompany your coffee.

This pastry has acquired the status of a national treasure. Swedes eat them on holidays, on weekdays, during coffee breaks, in cafes, at home, on the street. A whole holiday is dedicated to the main national dessert - Cinnamon Bun Day (Kanelbullens dag), which is celebrated on October 4. It symbolizes the reverent attitude of the Swedes towards homemade baked goods.

What else to see and taste in Stockholm

Tourists usually spend one eventful day in Stockholm and then head further north. A day in Stockholm should include a museum on the island of Djurgården (and there is plenty to choose from), and the Royal Palace, and the narrow streets of Gamla Stan. In Stockholm, make sure you visit Skansen, an open air museum, and take a picture riding on a red Dalecarlian horse at the entrance, and in the village of crafts, blow out a blue glass ball of wondrous beauty on your own and take it with you.

Do not forget to set aside 3-4 hours for a tour of the Vasa Museum, a ship that was raised from the bottom of the harbor after 333 years from the moment of sinking. Travellizy talked about it in detail in the article "The History of the Disaster: the Vasa Museum in Stockholm". 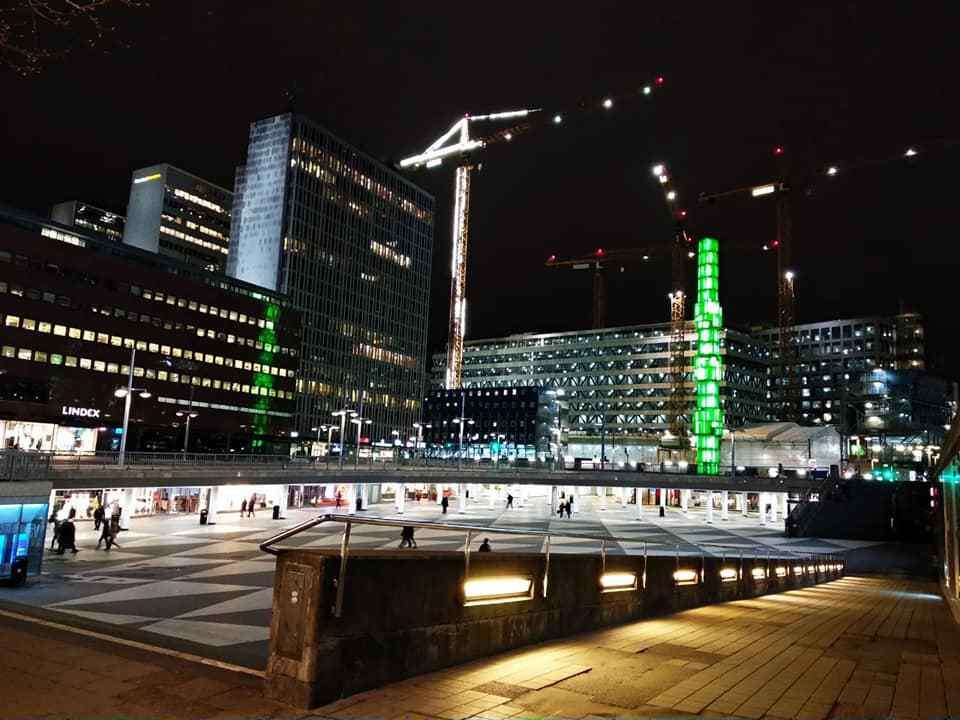 Don't miss the flea markets near Vårberg Station and Täby Galopp Racecourse. If you want to have a dinner, go to Gondolen. The transparent bar-restaurant offers amazing views from a height of 33 meters to the Slussen Embankment and the ancient Gamla Stan.

Stop by the Astrid Lindgren Museum. In the very center of Stockholm, on the island of Djurgården, there is a fabulous place - Junibacken. Not only children will like it here, we assure you! What amazes everyone, regardless of age, is the journey into the world of Astrid Lindgren's books on a fairytale train.

If you're lucky enough to be in Stockholm at Christmas, look for a Christmas tree made from poinsettia flowers. They call it Julestjerne or Christmas star.

How New Year is celebrated in Stockholm

The main place for celebrating New Year in Sweden is located in Gamla Stan, the historic district of Stockholm, or rather, on the oldest city embankment called Skeppsbron, right next to the royal castle.

It is here that the main Christmas tree of the country glows with lights every year. The Swedes call it The Kinnevik Tree. This tree is a traditional Christmas present for Stockholm residents from AB Kinnevik, whose office is located nearby. The legendary Swedish business personality Jan Stenbeck is behind this tradition. In 1996, the entrepreneur decided to install a Christmas tree in Stockholm that would be taller and more beautiful than a 30-meter New Year tree near the Rockefeller Center. 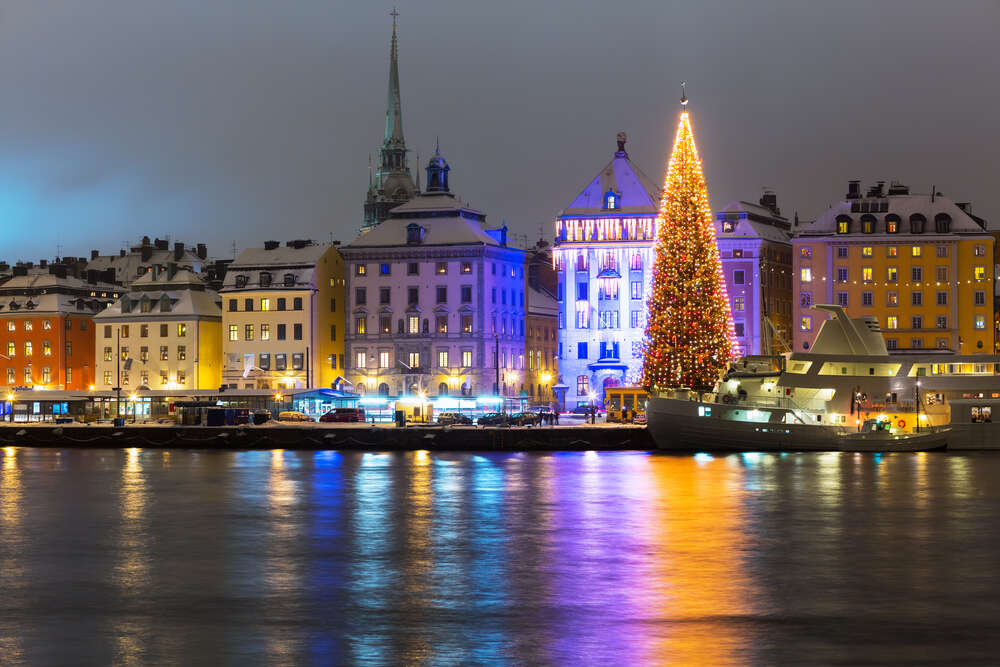 In the forests of the Swedish province of Uppland, a 40-meter-old spruce was found, but only a trunk was left of it. And every year in November, they begin to install separate, specially selected branches from 20 other live trees. This makes Stockholm's main tree look so lush and surprisingly even. It is considered to be one of the tallest in the world.

Sweden has had a traditional Christmas tree competition for many years. Residents of the country vote for the most beautiful tree. But with the appearance of the Kinnevik Tree, the rest of the trees had no chance of winning at all, so after several years the main tree in Stockholm was excluded from the competition.

Stockholm is an amazing city with an unusual metro.

Stockholm metro can be safely called an art object! Its length is 110 km and at 94 out of 100 stations, you can see collections of sculptures and interesting exhibitions created by 250 different artists. 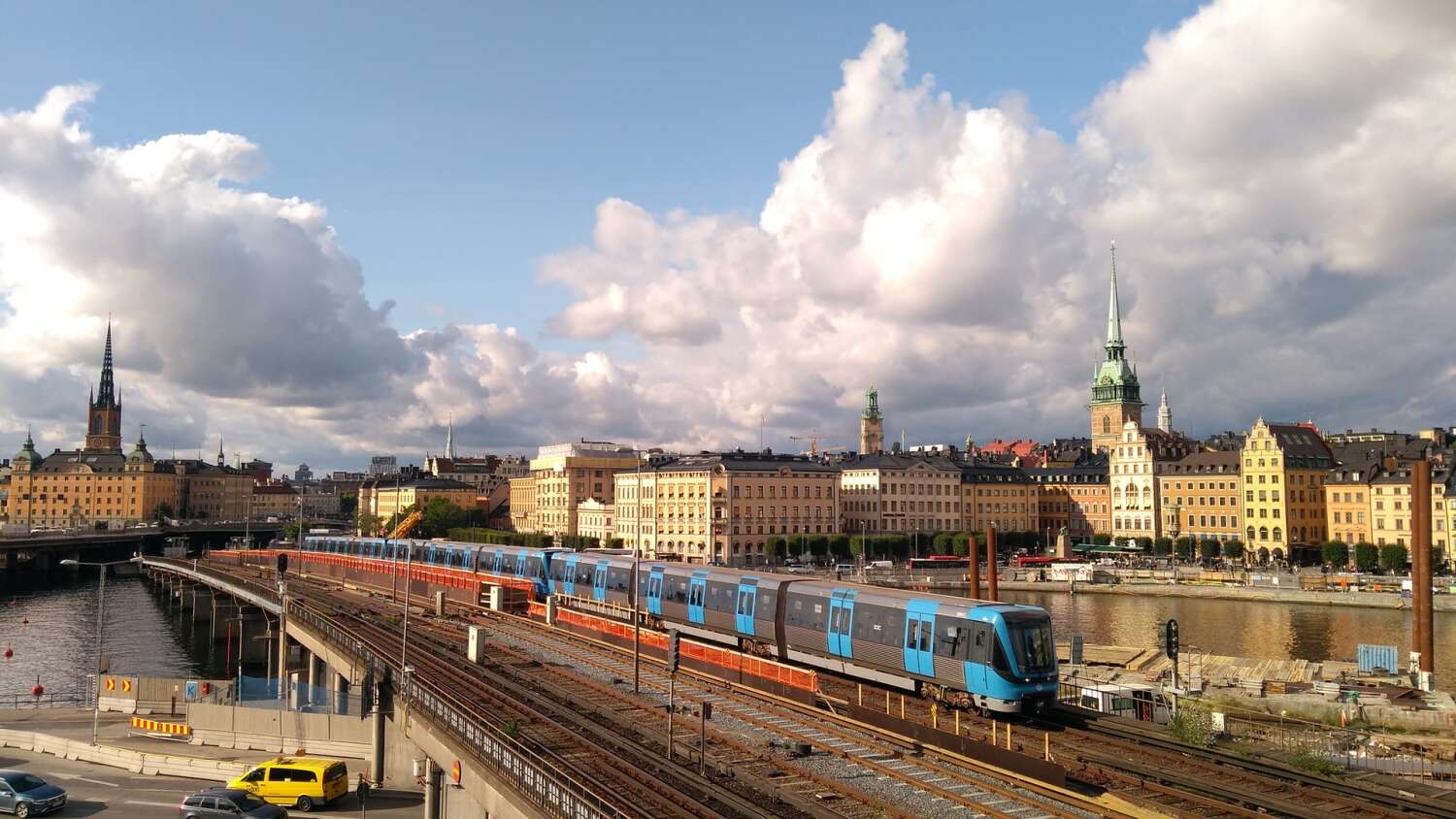 How to arrange a date with the city? You just have to leave all expectations and be ready for any surprises that the city has in store. It is necessary to prepare only a rough plan, and leave everything else to chance.

Take a look at the Stockholm Library, dive into the famous Stockholm metro and walk along the narrow streets of Gamla Stan, Södermalm and Vasastan. Taste local buns and walk along the water. See how the city lives. After your walk, you will fall in love with some for sure.