The History of the Disaster: the Vasa Museum in Stockholm

Did you know that Stockholm is the world's leader in the number of museum visitors? About 9 million people visit 50 museums in Stockholm every year.

Well, the first place among city museums has long been occupied by the Vasa Museum. It is located on the museum island of Djurgården in the center of Stockholm. Vasa is the only ship of the 17th century that has survived to this day. ⠀

Due to the fact that more than 95% of the original elements of the ship have survived and the beautiful carved sculptures that adorn the ship, Vasa is recognized as a unique historical value. The Vasa Museum is the most visited museum not only in Stockholm and Sweden, but throughout Scandinavia!

Today, Travellizy team's story is about this museum and its unique single exhibit. 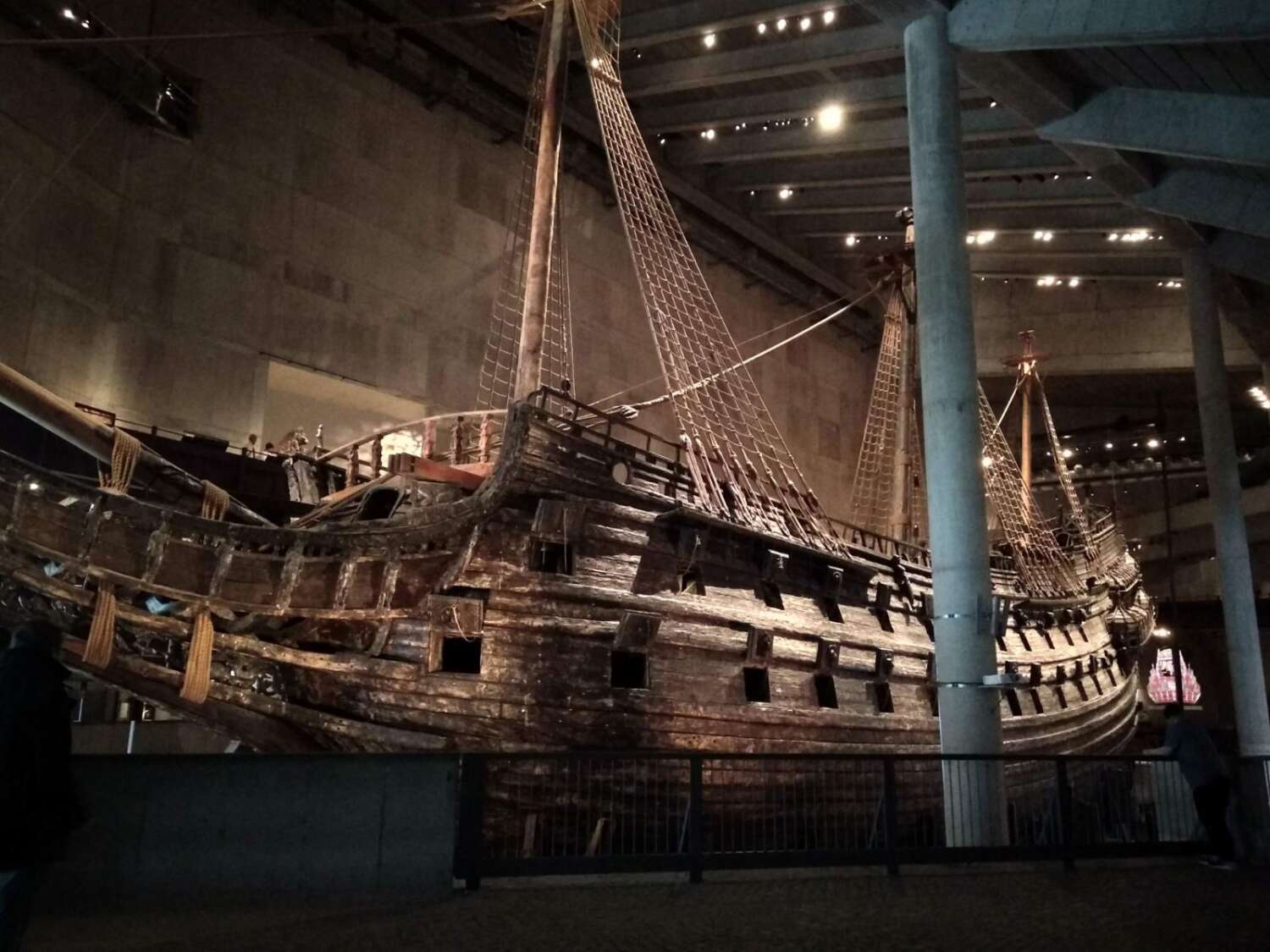 When and why the Vasa Museum was created in Stockholm

In 2020, the Vasa Museum in Stockholm celebrated its 30th anniversary. Vasa is a Swedish maritime museum located in Stockholm on the island of Djurgården.

The museum displays an almost completely preserved 64-gun warship of the 17th century called Vasa, which sank on August 10, 1628 during its first sailing in the harbor of Stockholm.

The huge sailing warship of the Royal Navy sank almost immediately after it was launched. And it was raised to the surface only in 1961. What is the uniqueness of the ship and what was its fate? 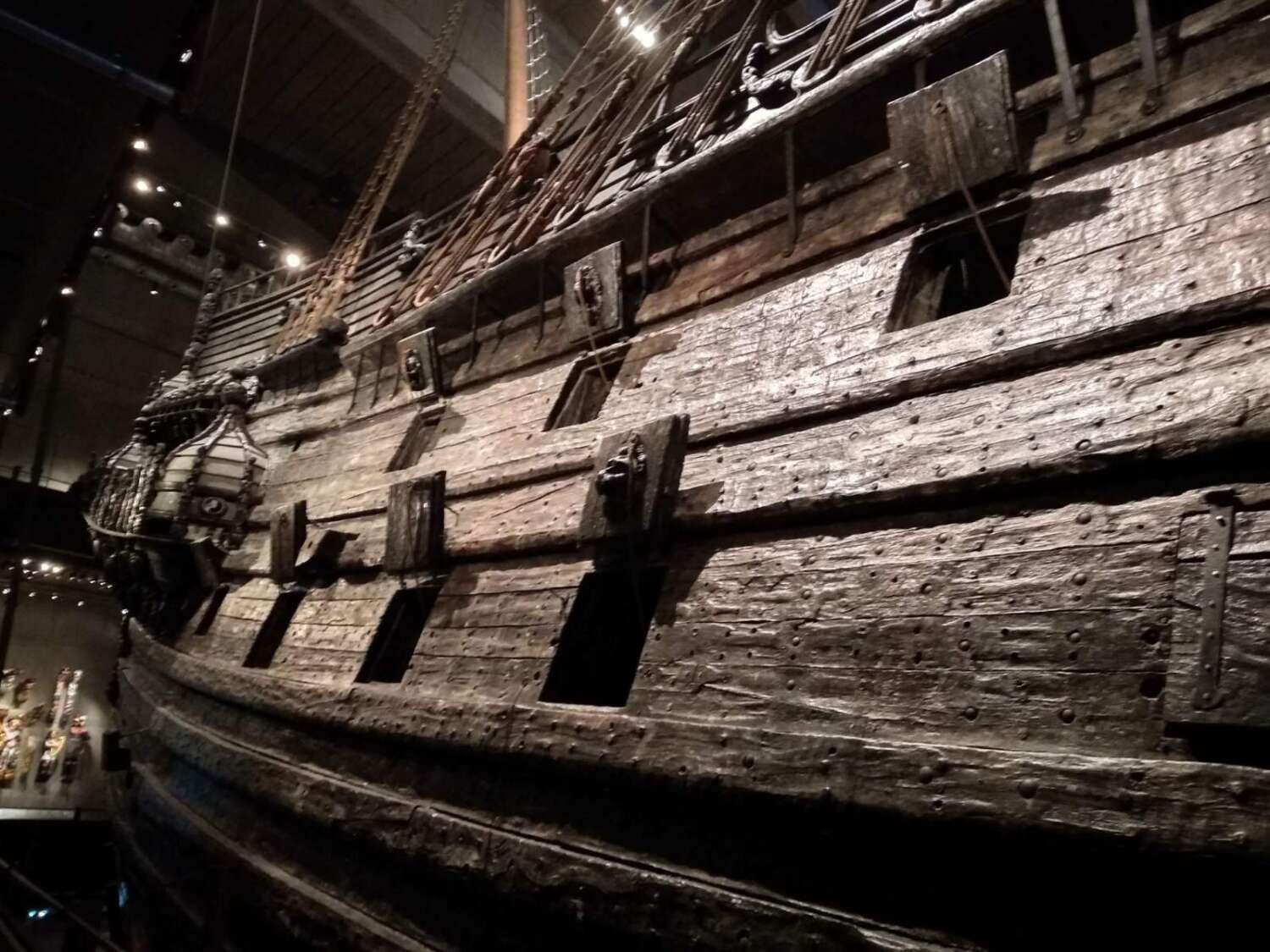 The Swedish warship Vasa sailed to the bottom of Stockholm harbor on its maiden voyage. It was at the bottom of the sea for 333 years, and when it was raised, its story continued.

Nowadays, Vasa is the most preserved ship of the 1700s. It was put on display in a museum specially built for it. To this day, the warship is a unique treasure, as it is decorated with hundreds of carved sculptures, which are 98% original. 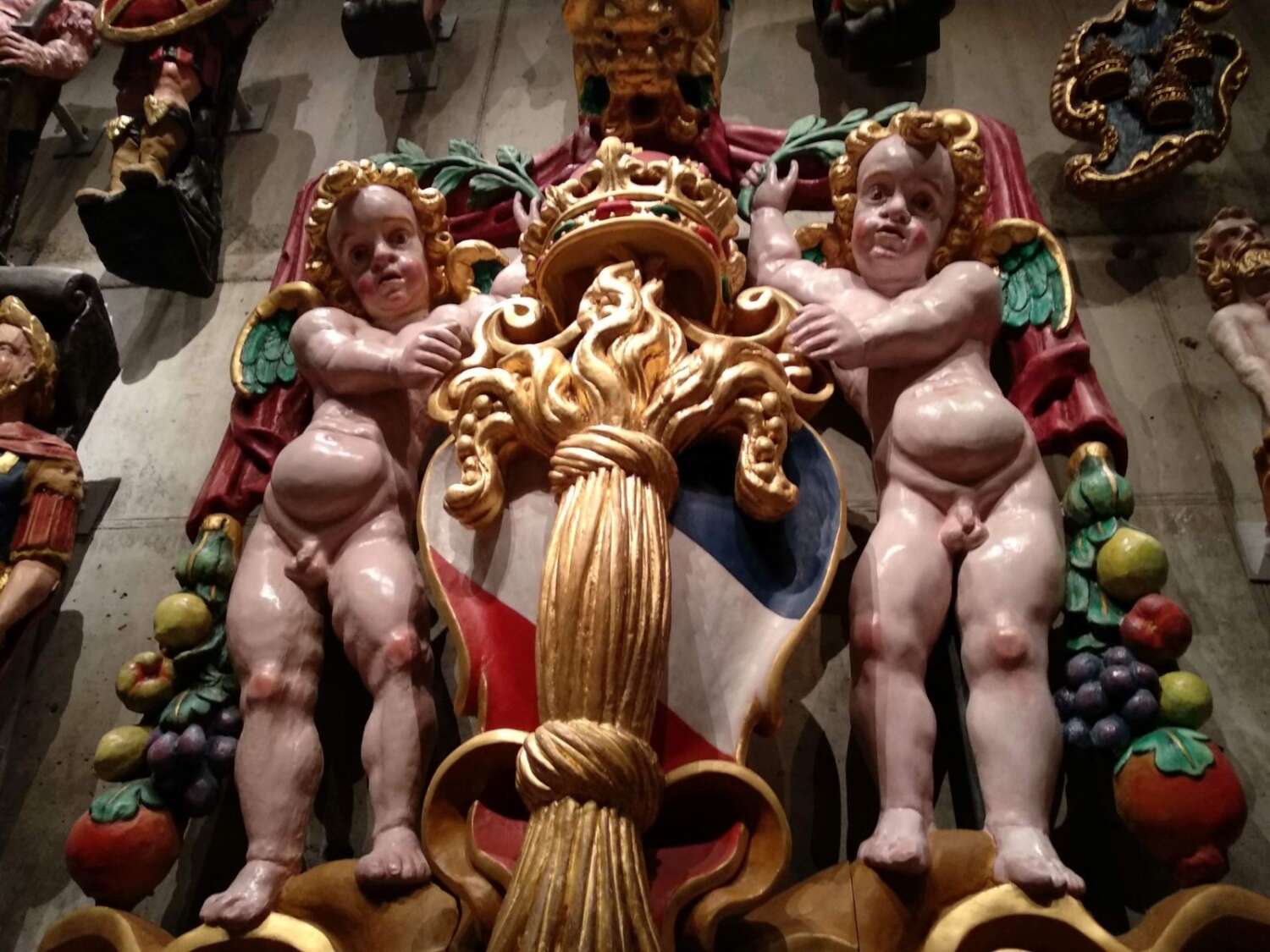 How Vasa was built

The story of Vasa is a prime example of where over-ambition can lead. After 1130 meters of the maiden voyage, a disaster occurred.

The construction of Vasa was ordered by the Swedish king Gustav II Adolf. The monarch intended to establish control over the Baltic Sea, and therefore signed a contract with the Dutch shipbuilder Henrik Hybertsson and his business partner Arendt de Groote for the construction of four ships in 1625. Vasa was to be one of them. It was supposed to be the flagship of the Royal Navy.

The ship, which was supposed to terrify the entire Baltic, was built for two years - from 1626 to 1628. About 400 people were involved in its creation. A whole oak forest (about a thousand trees) was destroyed for construction. Vasa was not only the most powerful, but also one of the most beautiful ships of its time. At least six carvers worked on its carved wooden sculptures. Among them were statues of ancient gods, emperors and biblical symbols. The stern was decorated with a young boy with long flowing hair and the Swedish coat of arms, which was supported by two lions. 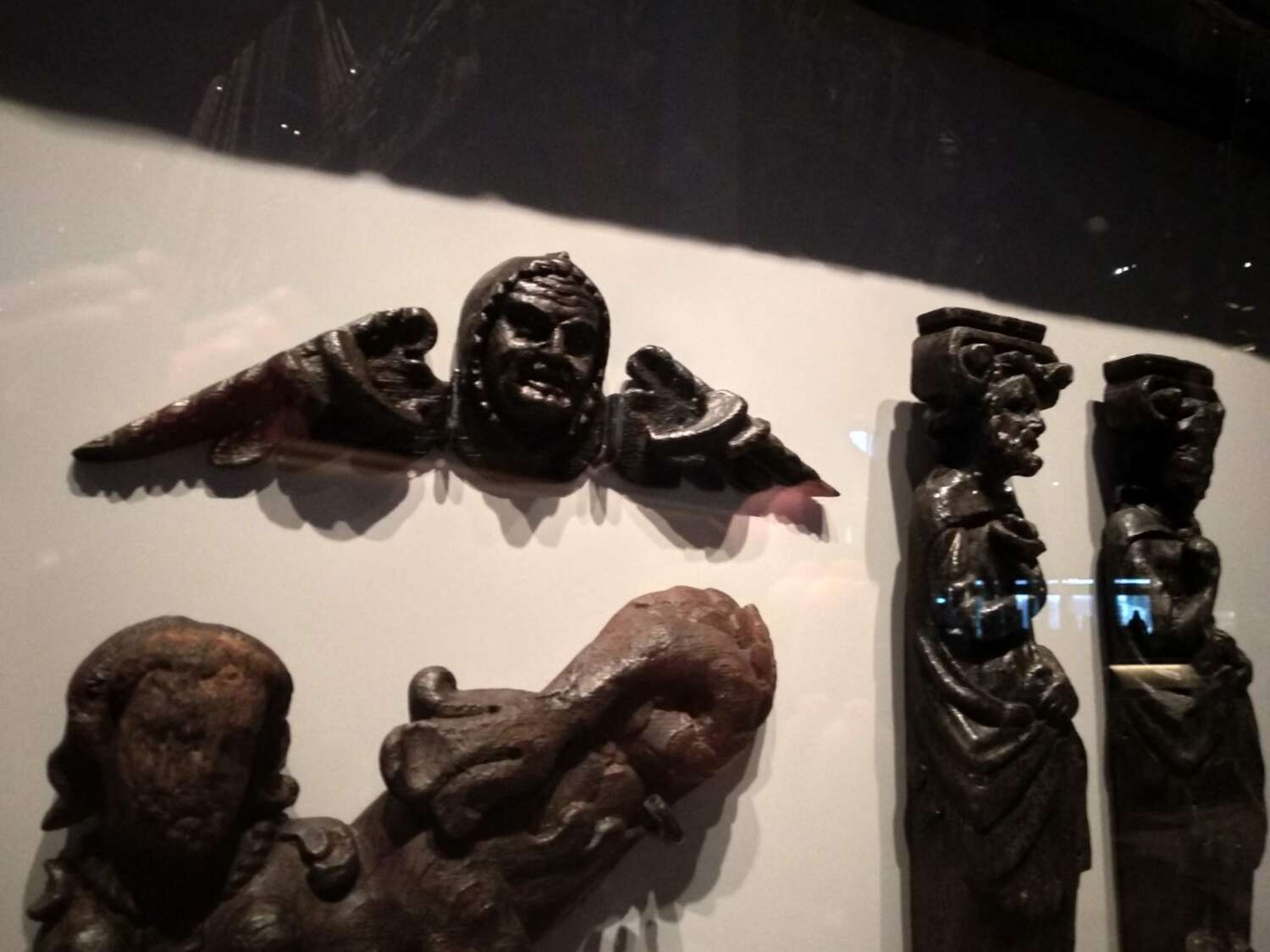 Vasa was equipped with three masts, 64 cannons and ten sails, its length was 69 meters, height from keel to the top is 52 meters. The ship weighs 1200 tons. The vessel was designed for a huge crew of 300 soldiers and 145 sailors.

Initially, they planned to equip the ship with 32 guns, but Gustav II Adolf, a big fan of artillery, who believed that artillery battles were the future of naval battles, ordered to double the ranks of weapons. This was not envisaged by the project and required an increase of the keel. As a result, the depth of the keel was too shallow for a floating fortress of this size, and this led to a change in its center of gravity. 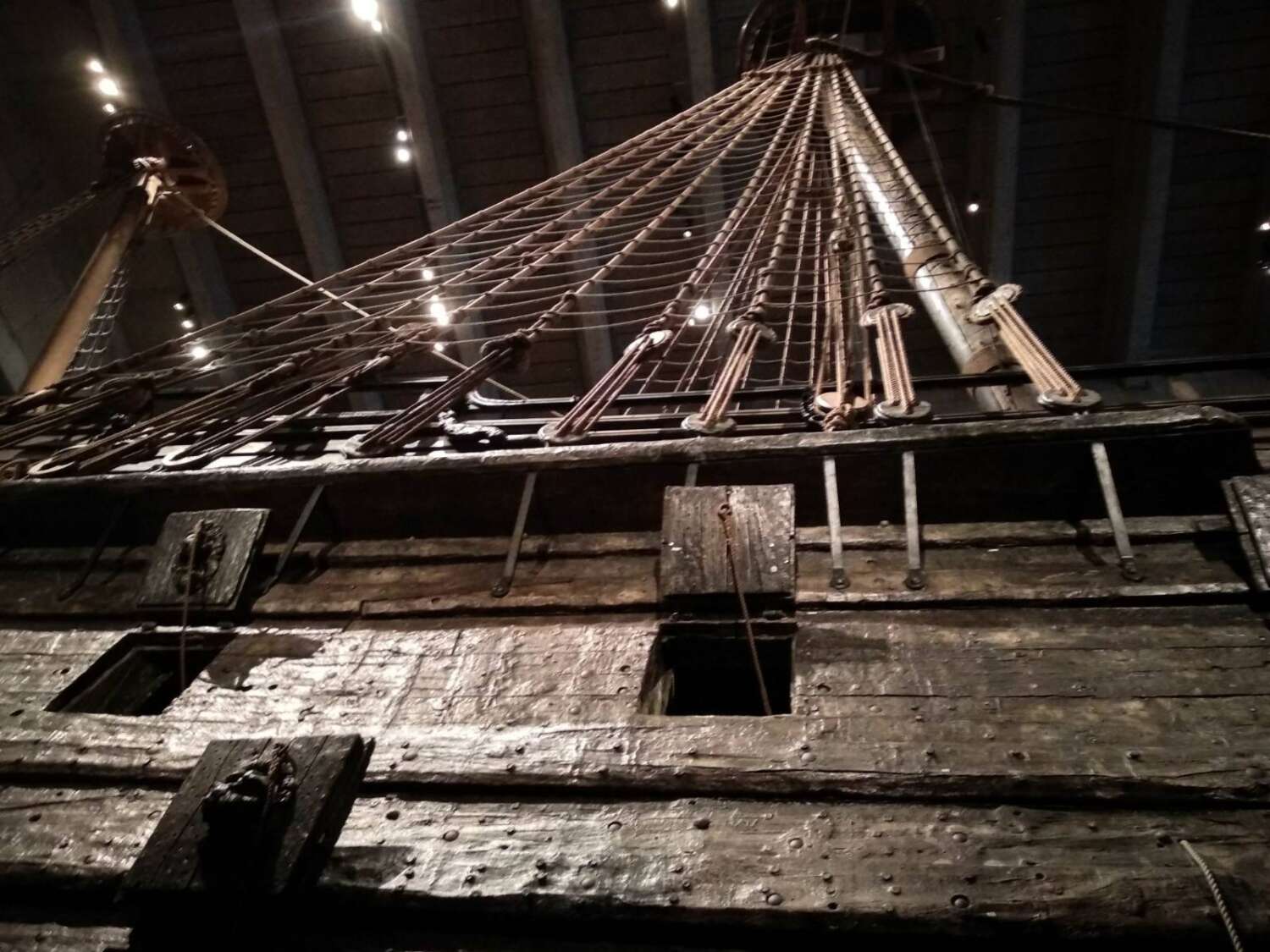 The reason of the crash of Vasa

The magnificent ship set sail from the embankment near Tre Kronor Palace on August 10, 1628. The crew boarded Vasa at the palace and set off on their maiden voyage. The huge ship was slowly leaving the harbor.

The cannon ports were opened, and a synchronized volley was fired from the cannons from one of the sides. After several strong gusts of wind, the ship capsized on board. The ship's center of gravity was above the critical point, and Vasa could not straighten after a roll. Through the open cannon ports, water poured into the hull, and Vasa began to sink.

In the 17th century, theoretical calculations of stability were not yet known and ships were built based on the experience of a shipbuilder. Luxurious in every sense, the ship sank in front of a large audience. 30 and 50 of the 150 people died.

The king learned that Vasa had sunk only two weeks later. He was furious and demanded to punish those responsible. However, Henrik Hybertsson, who designed the ship, had died of illness shortly before, and the shipbuilders said that they had fulfilled everything under the terms of the contract. As a result, no one was punished for the disaster that occurred.

How Vasa was raised from the bottom

Attempts to raise the ship began in the 17th century - moreover, the seekers were interested not in the ship itself, but in its bronze cannons. However, the divers were unable to navigate in complete darkness and did not have modern equipment. Nevertheless, 53 guns were raised, after which the interest in the ship was lost for a while.

The search was resumed in 1954 by Anders Fransen, an engineer and amateur marine archaeologist. He scoured the Stockholm harbor in search of the legendary ship. However, he was able to find only bicycles, rusty iron stoves, Christmas trees and other items not related to the ship for a long time.

And then the scientist turned to the archives again, where he discovered that Vasa could have been sunk in the northern part of the canal. On August 25, 1968, while exploring the bottom, Fransen stumbled upon a wooden fragment of the ship. Then the divers went under the water and found the ship with two rows of cannon holes. 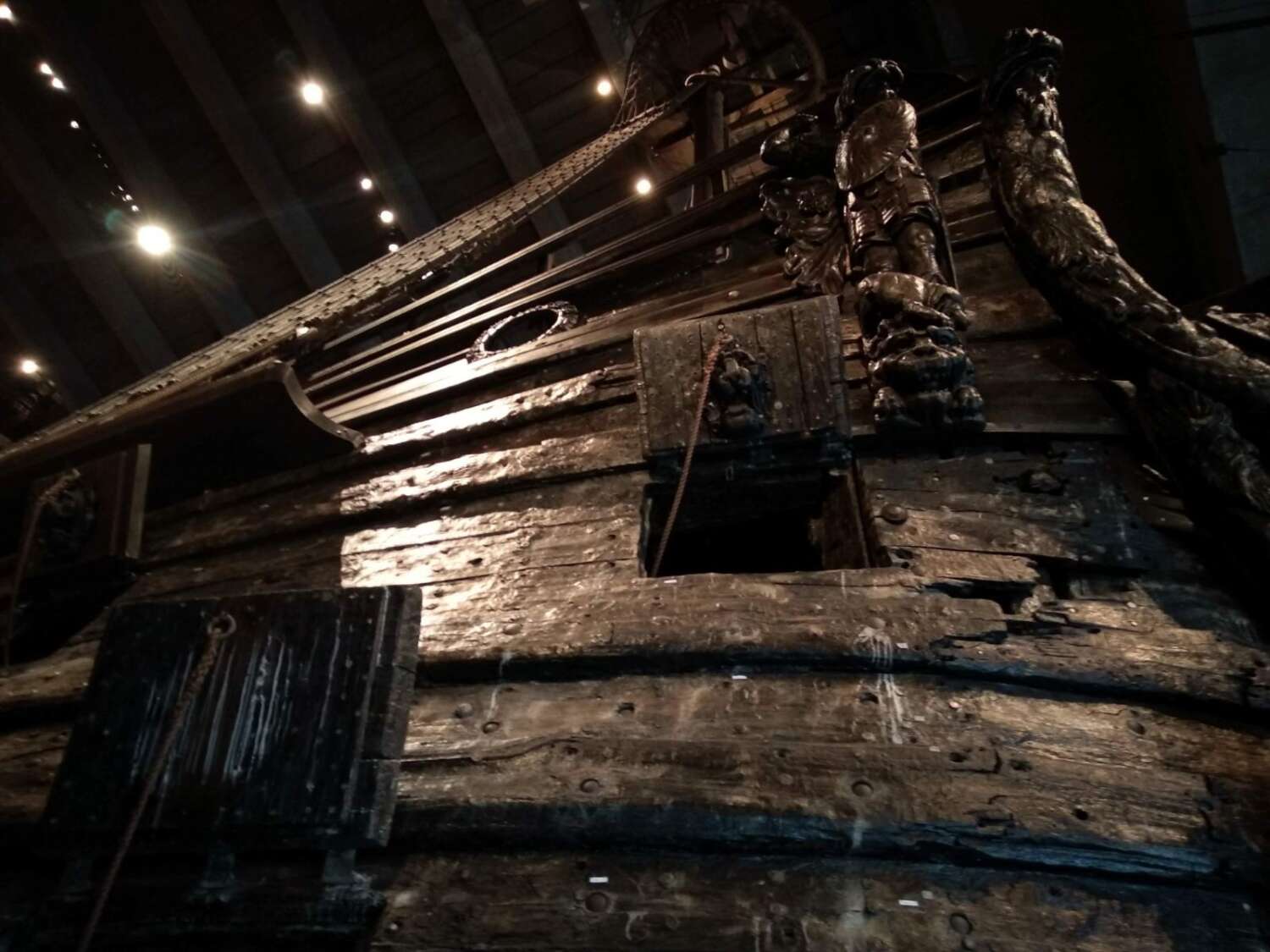 The ship was raised five years later. The vessel was towed to a dry dock on Beckholmen Island. Due to the low salt concentration in the Baltic Sea, the wood was practically not damaged, but it needed special storage conditions. For the next 17 years, the ship went through a conservation stage - it was sprayed with polyethylene glycol. During the search, 13.5 thousand parts were found that had to be identified and correctly positioned on the ship.

Opening of the Vasa Museum

The Vasa Museum was opened in 1990 on the island of Djurgården and quickly became one of the most popular in Scandinavia. In 2019, it was attended by a record number of people - 1.5 billion people.

The entrance ticket is € 15. In order to see the ship in detail, we recommend that you set aside a few hours to visit it. We also recommend visiting thematic exhibitions, expositions that tell about the history of the ship. You can see showcases with authentic things of the 17th century - shoes, clothes, utensils of that time and medical supplies. On the territory of the museum, there is a cinema, where every 20 minutes a film about the history of Vasa and its rise from the bottom is broadcasted.

And if we ignore the boring facts, every visitor is amazed by its size. It's amazing that something so big can be built out of wood. Walking through the floors of the museum, it is amazing to feel the breath of that era and imagine what it was like for ancient sailors and warriors. And you think: after all, if not the purposeful and stubborn Fransen, who knows how many years more Vasa would still lie on the seabed? 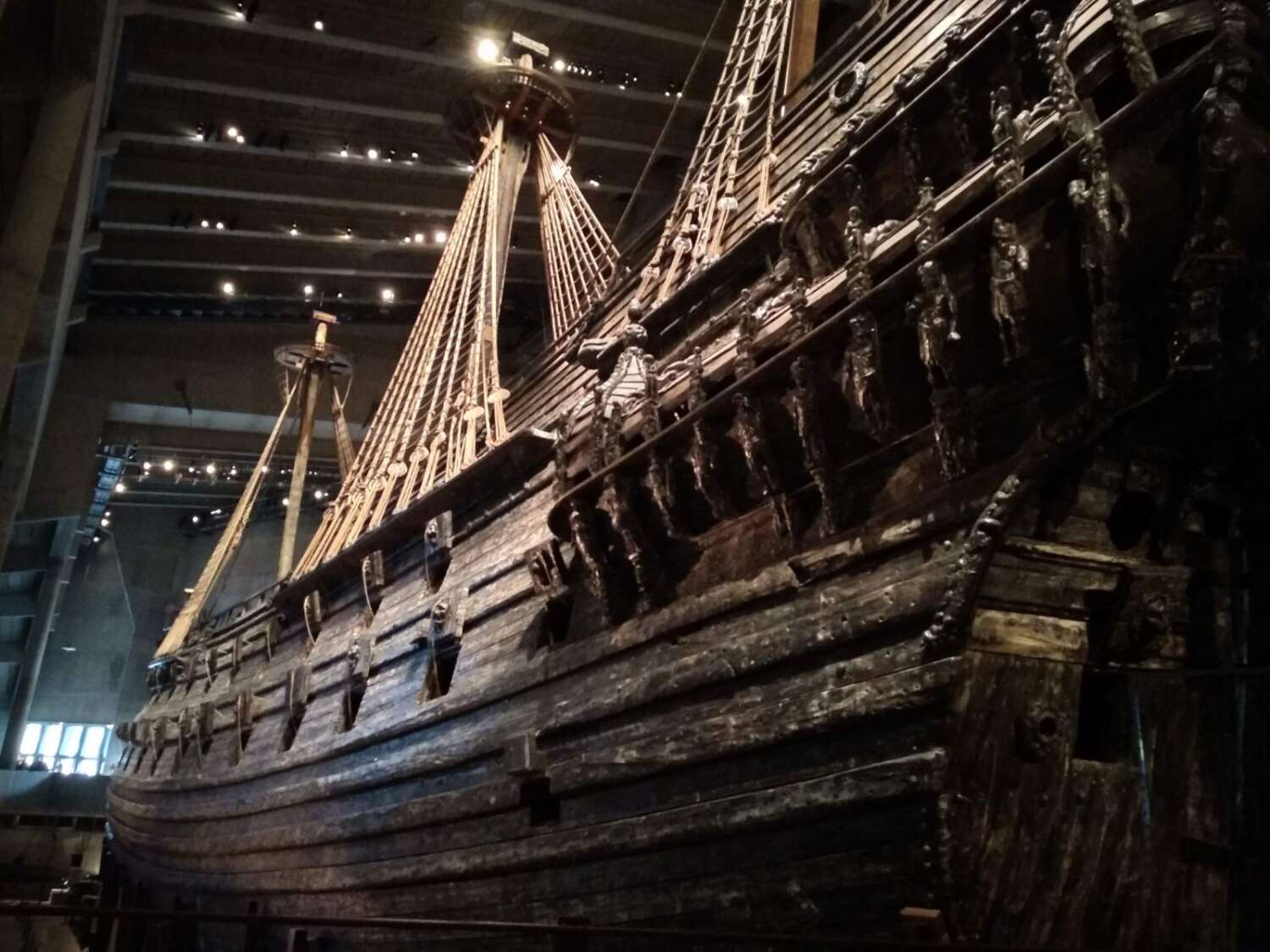