Taboos & Prohibitions: What You Shouldn’t Do In Different Countries Of The World

People say, when in Rome, do as the Romans do. What is perfectly normal in one country may cause sidelong glances or even worse in another. Therefore, when traveling abroad, it is worth understanding what actions it is better to refrain from.

Cover your head, bare your legs

Contrary to popular belief, most countries in the world are already accustomed to foreigners parading with bare knees and shoulders. Fully wrapping up in a jalabiya or niqab is only necessary in the most conservative Muslim states. On the other hand, clothing a la local will save you from excessive attention from the natives and win their trust to you.

Temples and sacred places are quite another matter. You can safely defile in a bathing suit and swimming trunks along the streets of Balinese Ubud or Indian Varkala, but it is highly not recommended to enter the places where the locals worship gods and spirits in such an outfit. Firstly, this is a banal disrespect for a foreign culture.

Secondly, recently some countries have introduced serious fines for visiting shrines in an inappropriate manner.

As a rule, a decent dress code includes covered knees, shoulders, and cleavage. Women may be asked to cover their heads with a scarf or shawl, and in Buddhist temples, it is mandatory to take off your shoes.

Also, it is worth mentioning the dress code for swimming. If we are talking about a reservoir or a source sacred to locals, then entering the water naked is the height of disrespect for spirits.

Public displays of affection are often taboo in Muslim countries. Even innocent hugs can fall under indecent behavior and result in a fine or even arrest. It is interesting that in a number of countries, for example, in Egypt or India, very warm hugs and walks by the hand performed by men are considered the norm, as they are friends. But a married couple can be fined for this.

The general rule here is simple: if you're not in liberal Europe, save the passionate hugs and hot kisses for a hotel room. By the way, such abstinence can pleasantly rekindle feelings and desire.

Photo restrictions are found in most countries of the world. As a rule, it is not allowed to take pictures (at all or with a flash) in places of worship, museums, government buildings, military installations. In Egypt, it is strictly forbidden to take pictures of churches and the military. In most Arab countries, it is illegal to photograph people without their consent, while China takes it as a criminal offense. 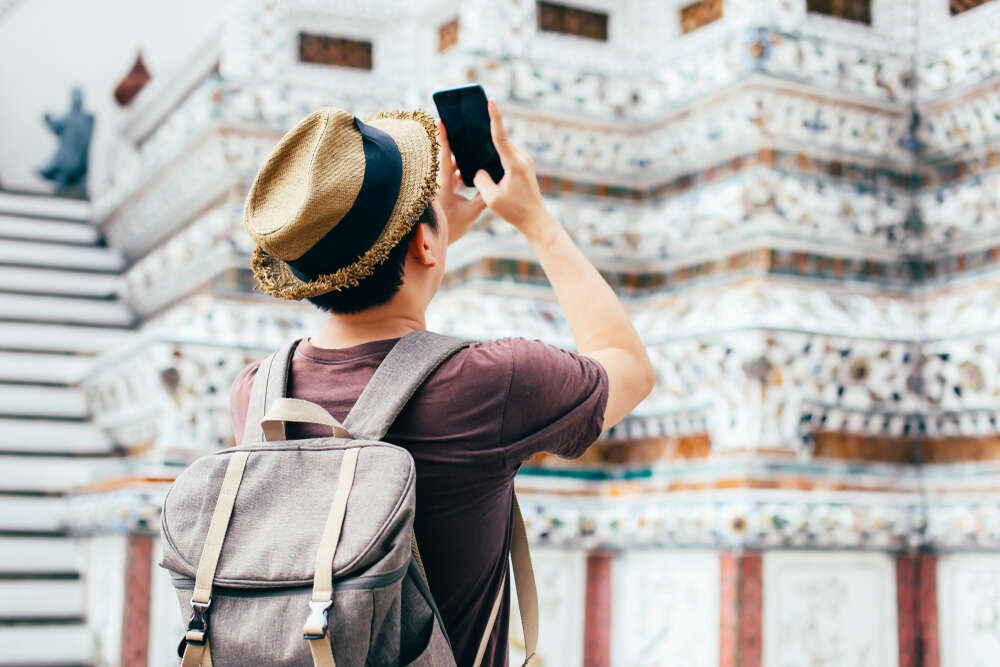 Do not export corals

The export of natural or cultural values     is the moment at which tourists often come across at the airport. Each country has its own rules on this topic, but there is a common feature. If the product was purchased from an authorized seller, and you have a receipt for it or a document authorizing export, then there will be no problems. So don't buy corals, leathers, or art from street vendors or street markets, even if the price seems very tempting.

From Egypt, it is forbidden to export corals, shells, ivory. From Cuba - products from crocodiles and turtles, as well as more than 23 cigars without a receipt. From Brazil - any products made from feathers, shells and leathers, as well as live animals. From Kenya - diamonds.

The ban on drinking alcohol in public places is another trick of the Muslim world. Here, this is very strict, and one can even be arrested for this. Moreover, selling and buying alcohol is also prohibited. Unscrupulous merchants sometimes open underground shops for gullible tourists, and the latter are then detained by the police.

As for smoking, everything is fine with it in the Arab world. Everyone smokes everywhere, even in cafes and airports. In Europe, such a trick will not work, as a heavy fine is imposed for smoking in public places. Smoking areas are marked with a special sign.

Now you know what you shouldn’t do in different parts of the world, which means that your vacation will not be overshadowed by fines or censure from the locals.