Girona: A Walking Tour Back In Time And More

Relaxing on the shores of the warm Mediterranean Sea or walking through the healing forests of the Pyrenees? Michelin-starred cuisine or the unique atmosphere of family restaurants? Guided tours of ancient fortresses or museums by world renowned artists? If you are not ready for the agony of choosing between these activities, Girona is your perfect solution, because this ancient city has it all! Today, Travellizy will tell you about the Catalan city of Girona, whose history has been moving forward for more than two thousand years.

Girona is the capital of the Spanish province of the same name. It is located about a hundred kilometers from Barcelona and less than 50 kilometers from the border with France. Today, more than 100 thousand inhabitants live in the city, there is a small, but modern airport nearby, from which it is convenient to get to the countries of Eastern Europe. This modest airfield handles almost 2 million passengers a year! People fly here mainly for visiting the beaches of the Costa Brava, climbing routes and cultural recreation. 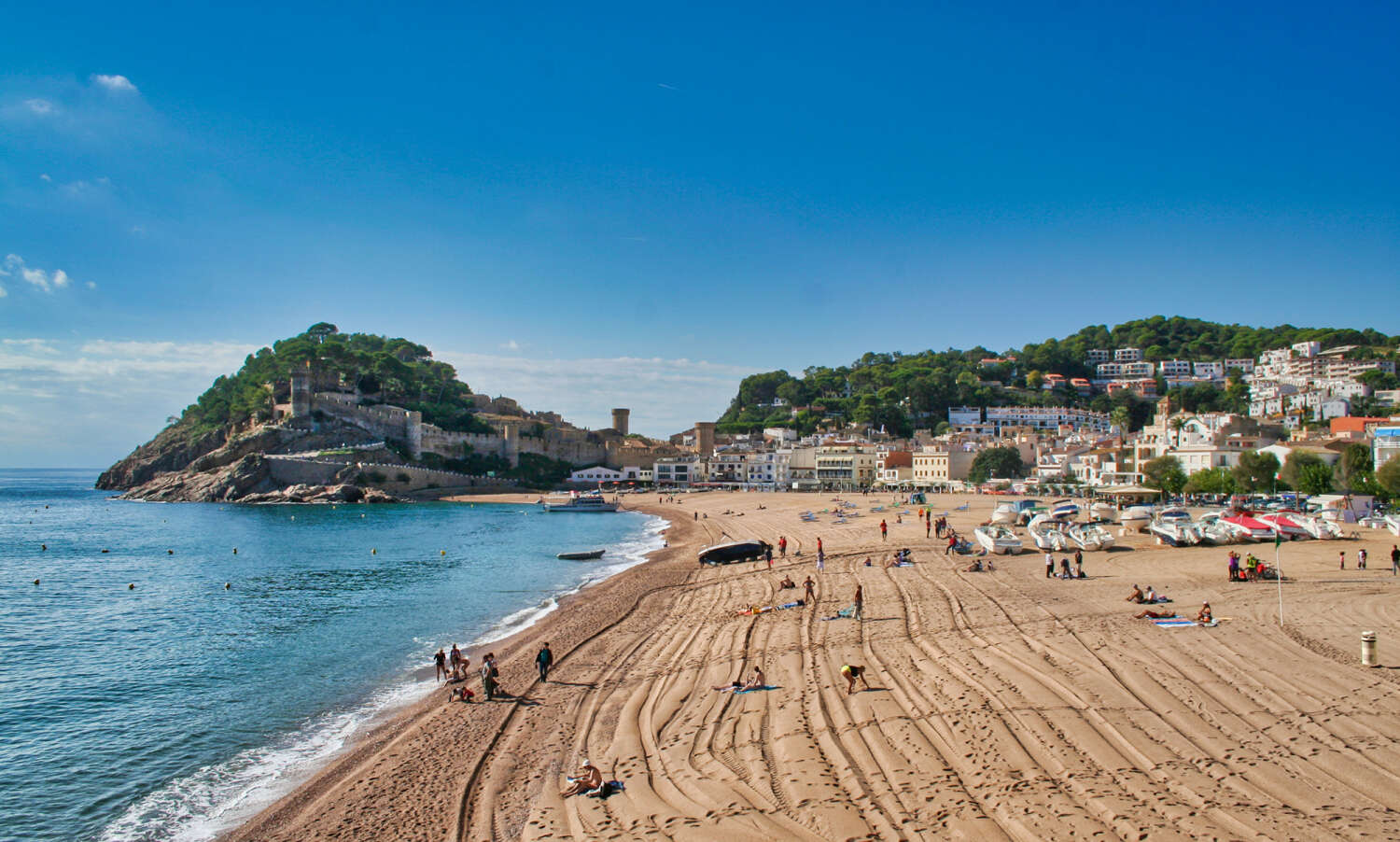 The unofficial motto of this region is diversity. The coast of the sunny Costa Brava, where dozens of the world’s cleanest beaches are located, or the coniferous forests of the mountains - everything is at your disposal! Traveling here is easy and pleasant, both by public transport and by car: the roads in Catalonia are excellent, so do not deny yourself the pleasure of driving among the green hills and viaducts. It takes less than an hour to drive from the center of Girona to the beaches. 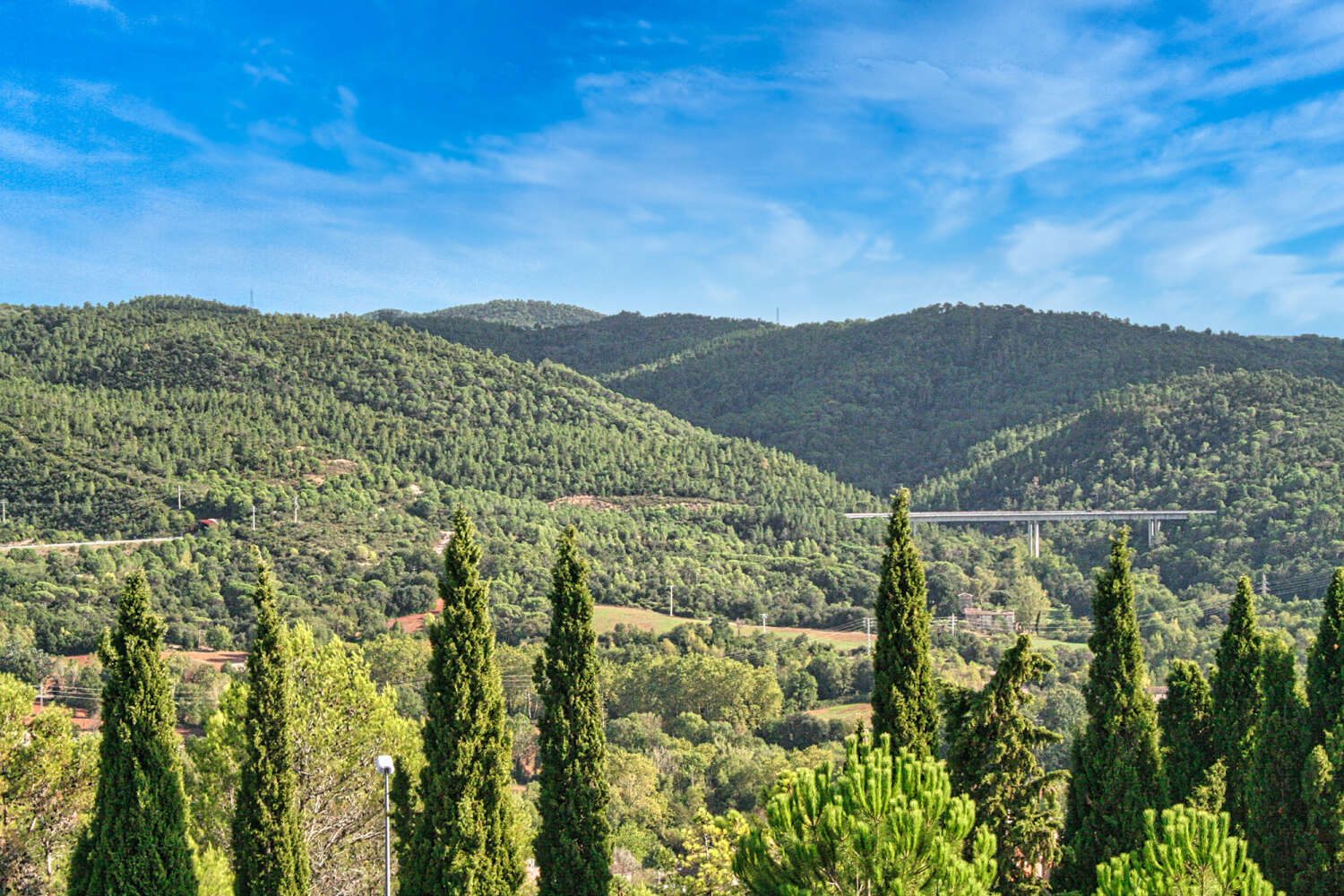 Catalonia, although part of Spain, is an autonomous region with its own language, traditions, culture, government and budget.  In 2017, 7.5 million inhabitants of the region voted unilaterally to declare independence from Spain. The result of this referendum did not lead to changes in legislation, but the problem of separatism in these parts is very urgent. Many citizens decorate their windows and balconies with the yellow and red flags of Catalonia. 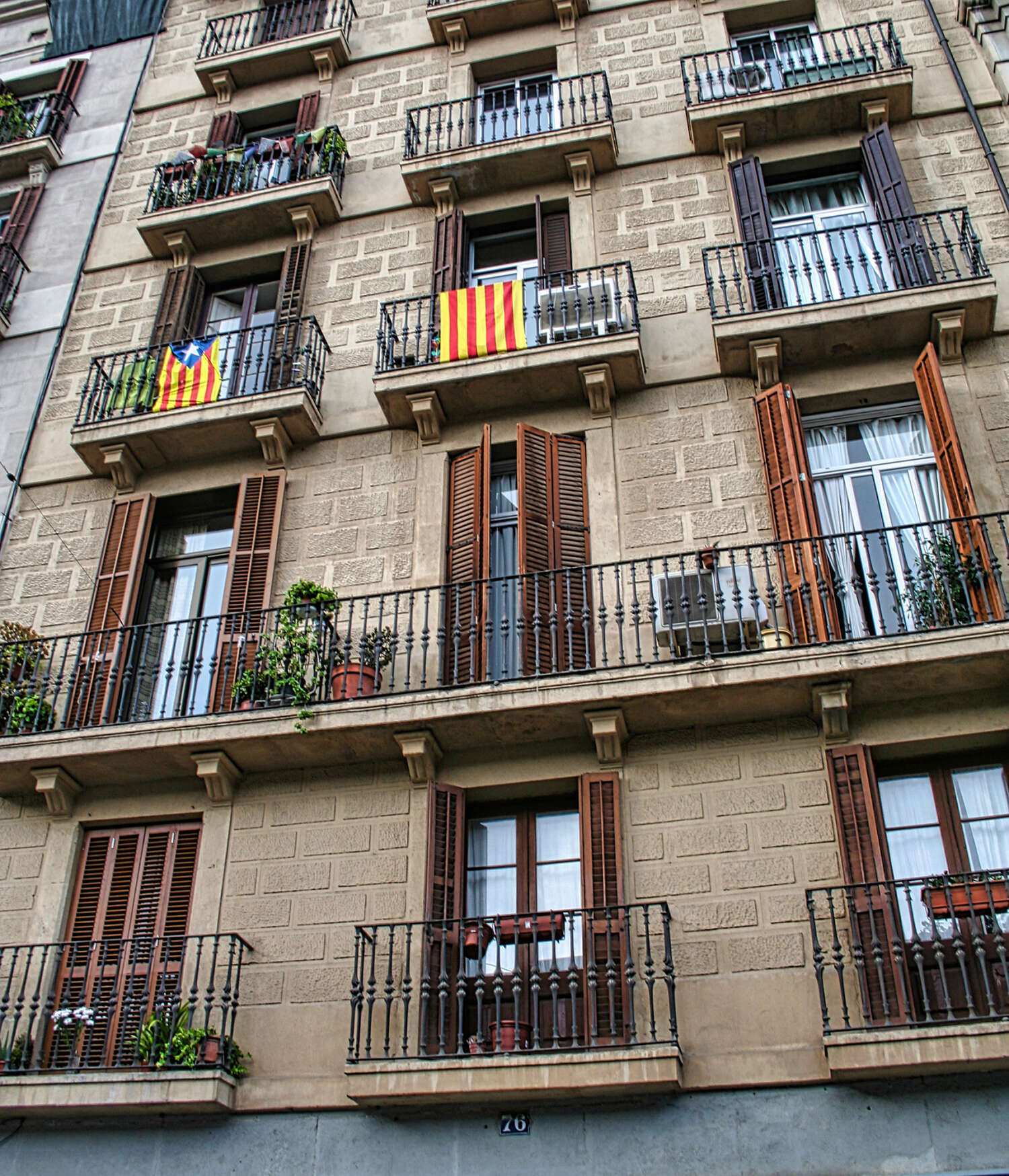 Tourism is the top priority in the development of the region, so more and more hotels, restaurants, entertainment establishments and places of cultural recreation appear here every year. Just like in Barcelona,   here you can see menu in different languages in cafes and restaurants. What remains stable is the tradition of afternoon relaxation, the famous siesta. Restaurants, shops and private offices close after lunch and before dinner.  So don't be surprised by empty tables and lack of waiters in the afternoon! 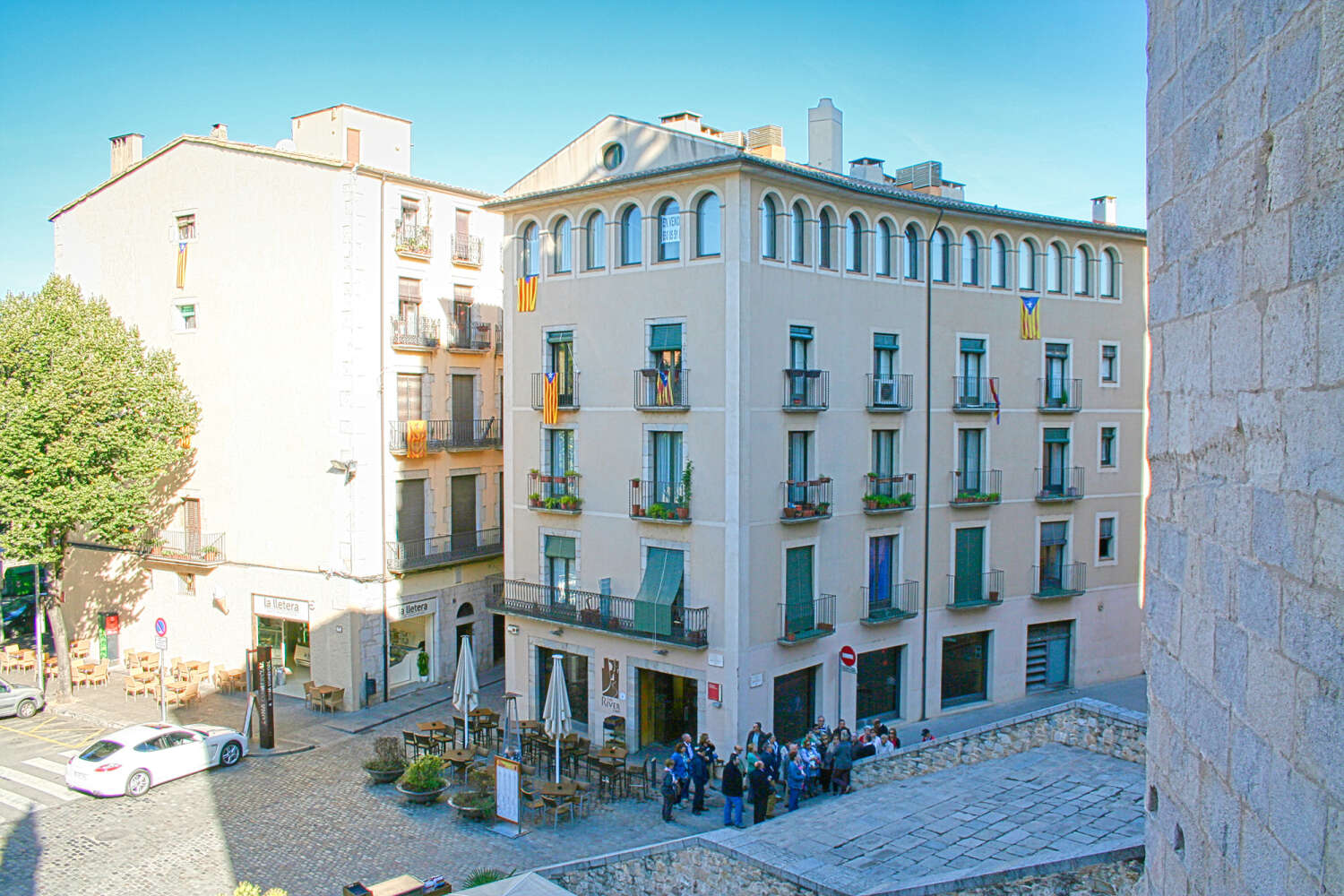 Catalonia preserves the traditions and authenticity of its culture: even small towns receive funds for the development of cultural institutions, museums and galleries.  The city government preserves the legacy of the past while improving the lives of its citizens. Modern houses may be adjacent to ancient ruins, but it never occurs to people to litter or leave graffiti here. For example, the old ruined fortress of Montjuïc, located on the mountain of the same name in the north of the city, is a two-minute walk from an apartment complex where families with middle and upper middle incomes live. 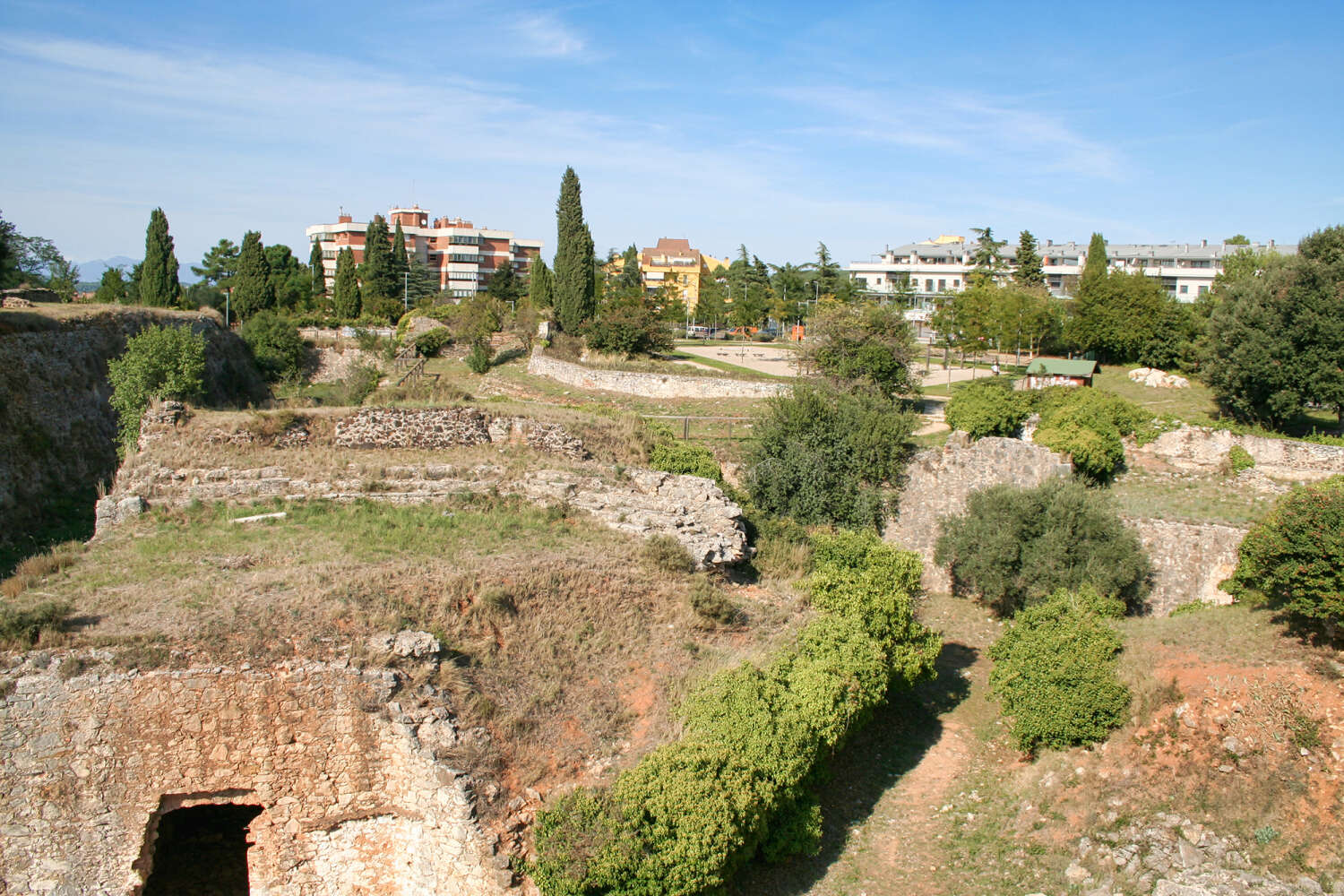 You can come here at any time to wander among the walls of the bastion, to look at the view of the city from the mountain.  Despite the absence of guards, this cultural object and architectural monument does not suffer from vandals. 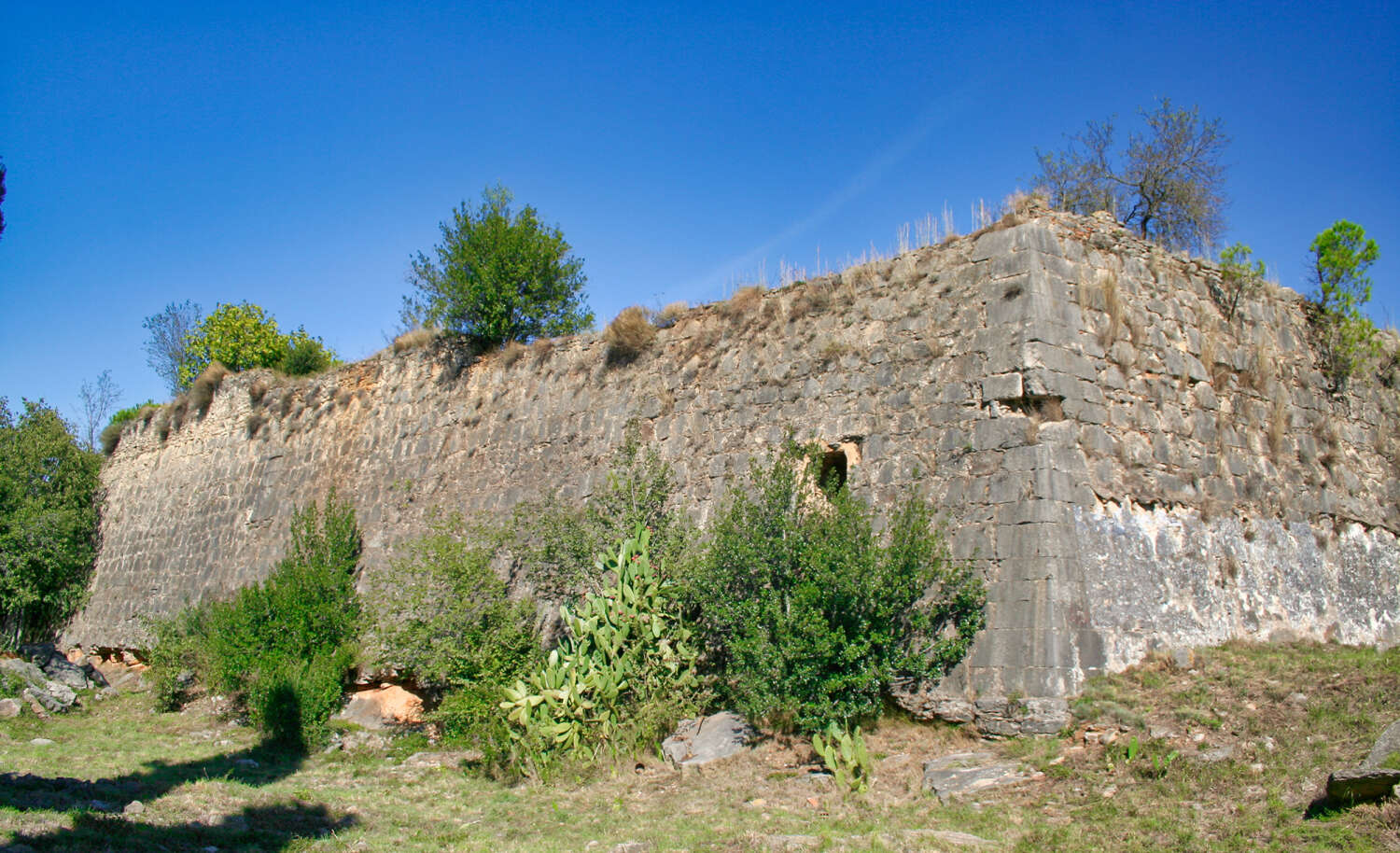 Girona is located on the hills, so when walking, which is the main way to get to know the city here, take into account the very tangible physical activity. These are not Parisian boulevards, where ladies' heels are appropriate, and you have to walk in comfortable shoes. The old paving stones, which are laid in the narrow streets of the center, are of historical value, just as your feet are. 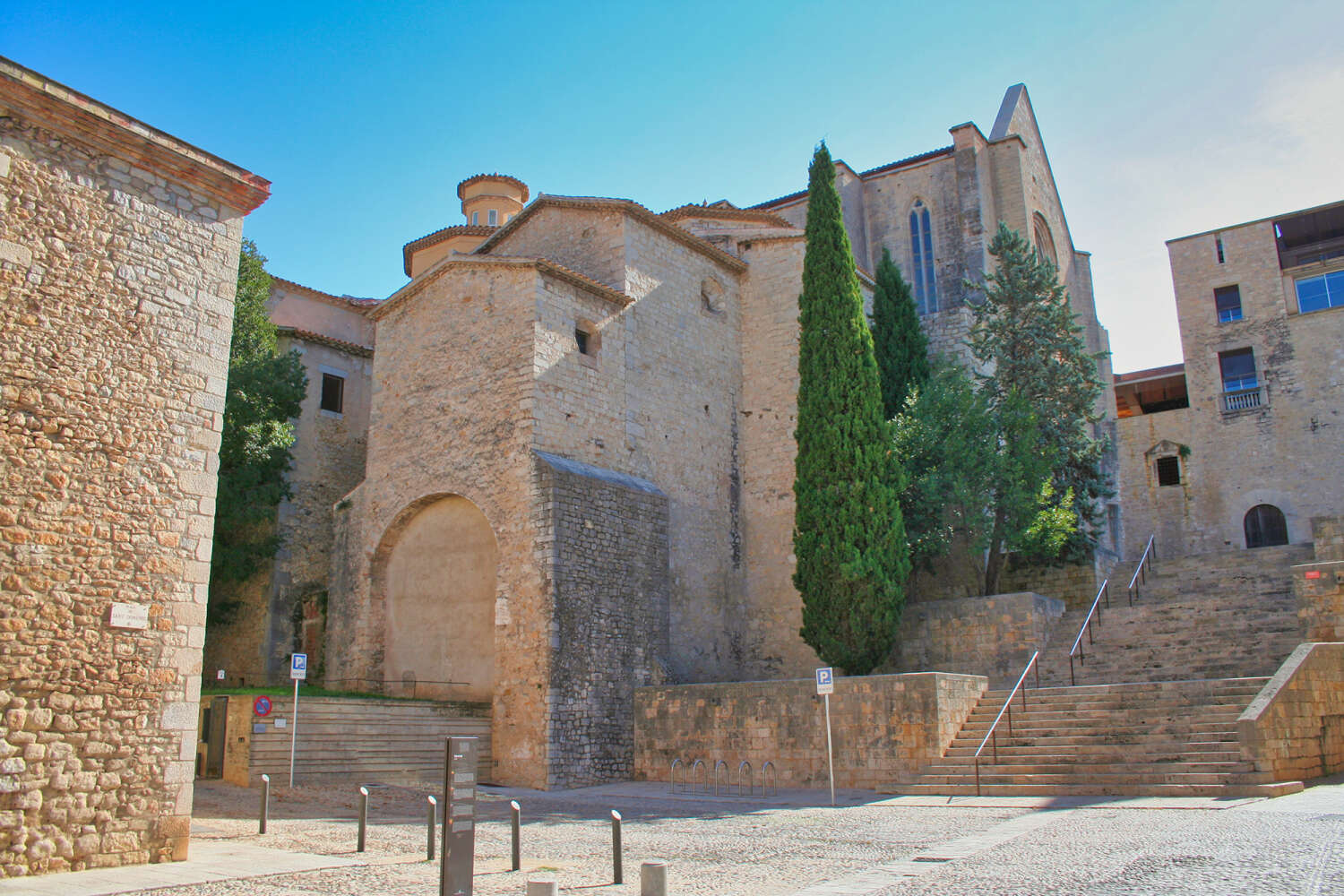 Old Girona, known since antiquity as an important military post, is now experiencing a tourist boom thanks to the excellent state of its historical monuments. Its brave warriors held a defense in a large fortress, along the walls of which you can still walk, imagining the heroic events of the past. 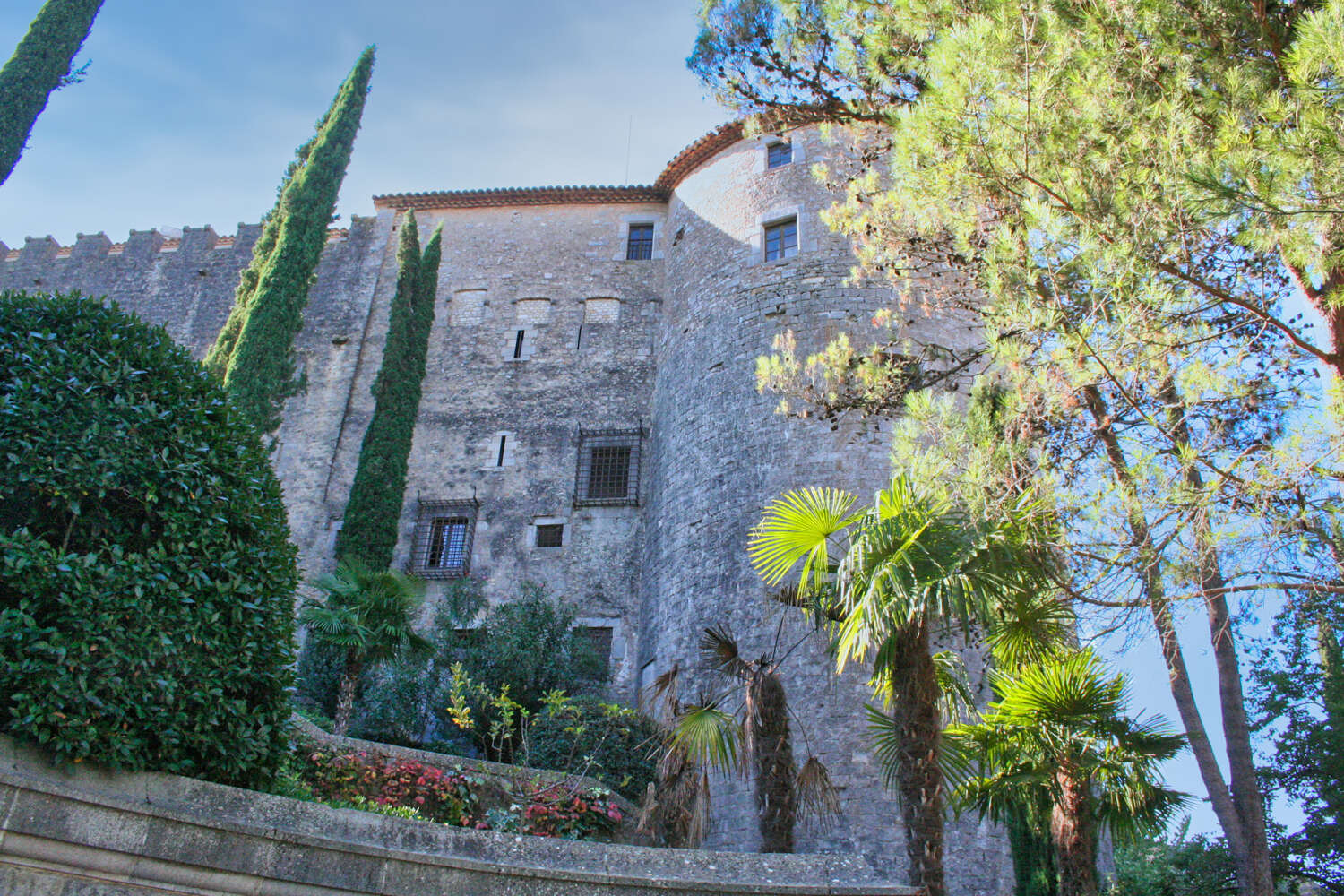 Tourists come to Girona not only for stories about military events of the past, but also for spiritual impressions.  Catalonia is known for its religiosity, there are many Catholic churches. 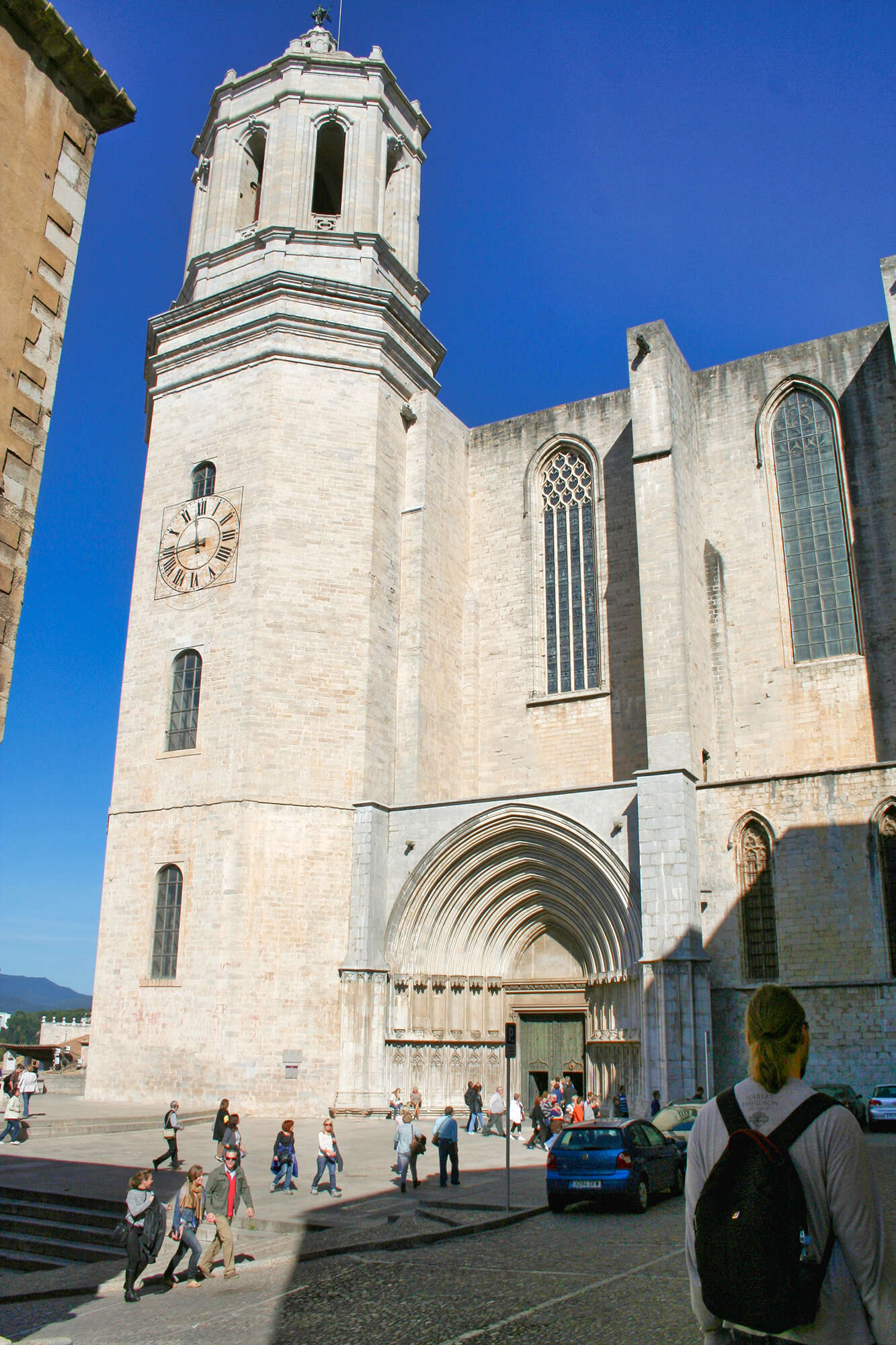 The pearl of the region is the majestic cathedral of the Roman Catholic confession.  This massive building, which has become a symbol of the region, was built in 1312, but it was completed several times. At the moment, it is a mixture of architectural styles from different eras. The cathedral is very popular with tourists and believers. If you come here during a church service, try not to distract believers from prayer. 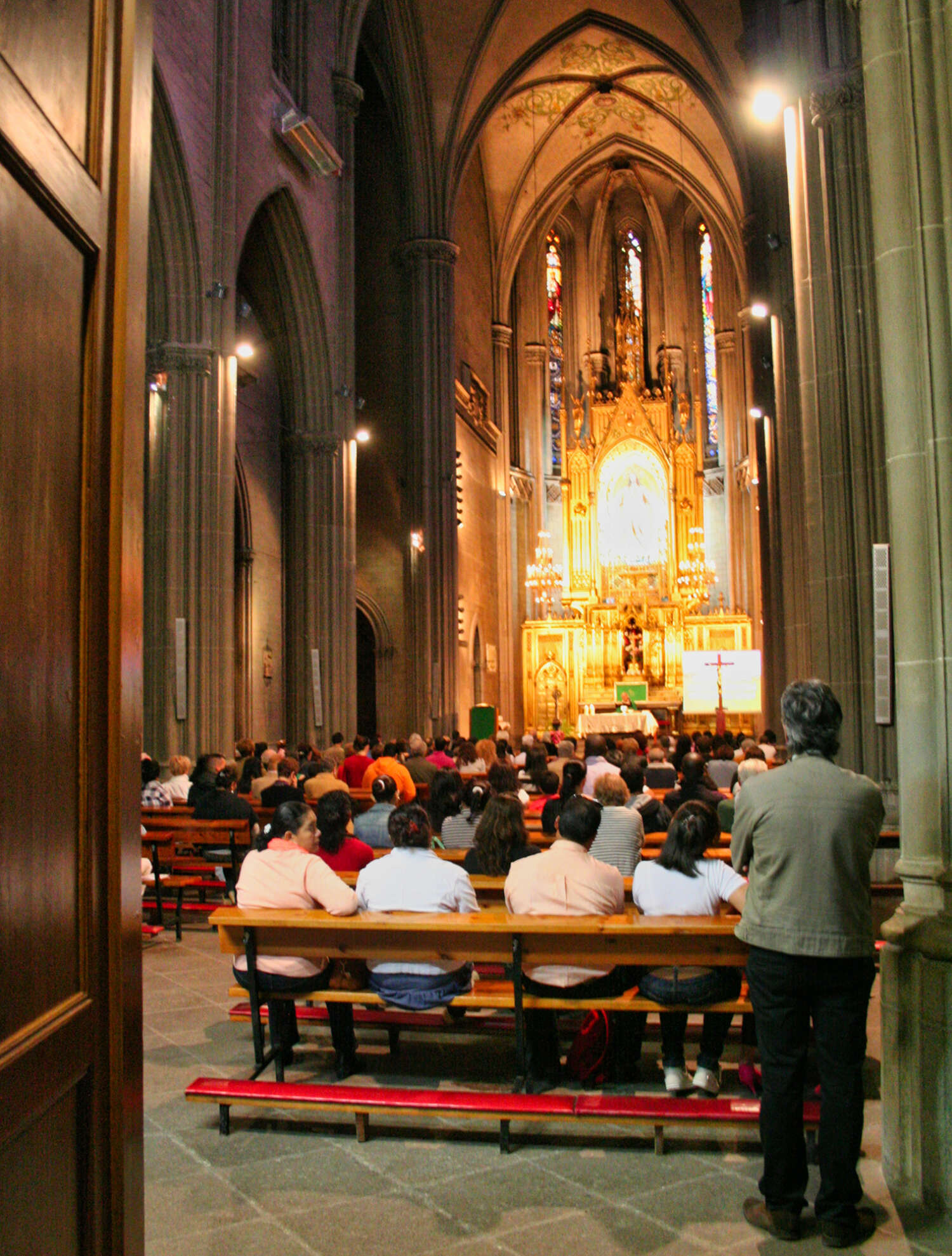 The second church worth visiting is Església de Sant Feliu, the church of St. Felix. Just like the cathedral, it is a mixture of styles, and besides, after numerous seizures and conflicts, it was fortified as a military facility, so that it was more convenient for citizens to defend themselves. 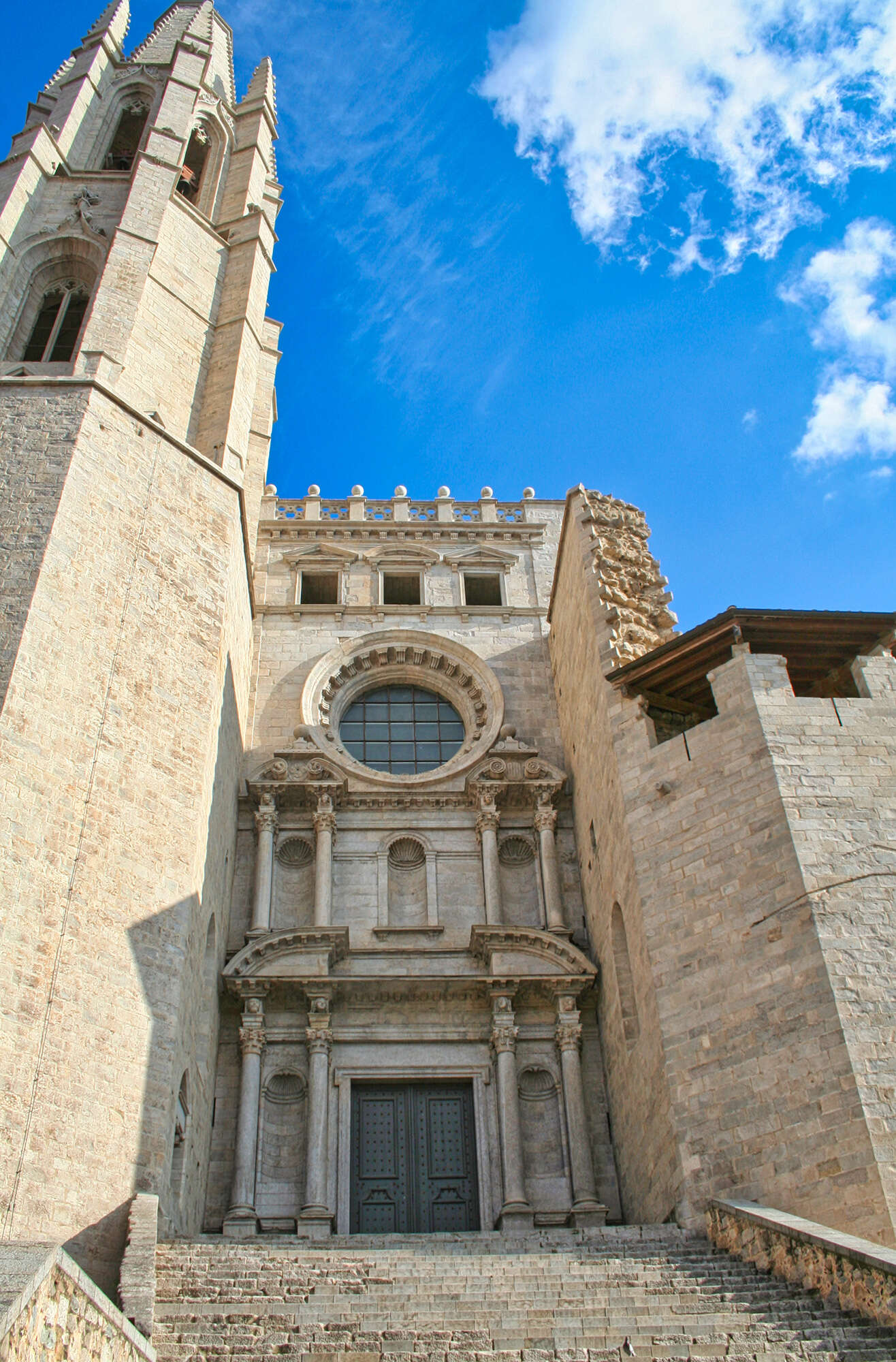 The patrons of Girona are St. Felix and St. Narcís. The latter's Gothic tomb is located in the church of St. Felix. The city residents honor their saints and celebrate their memory with a festival in October. 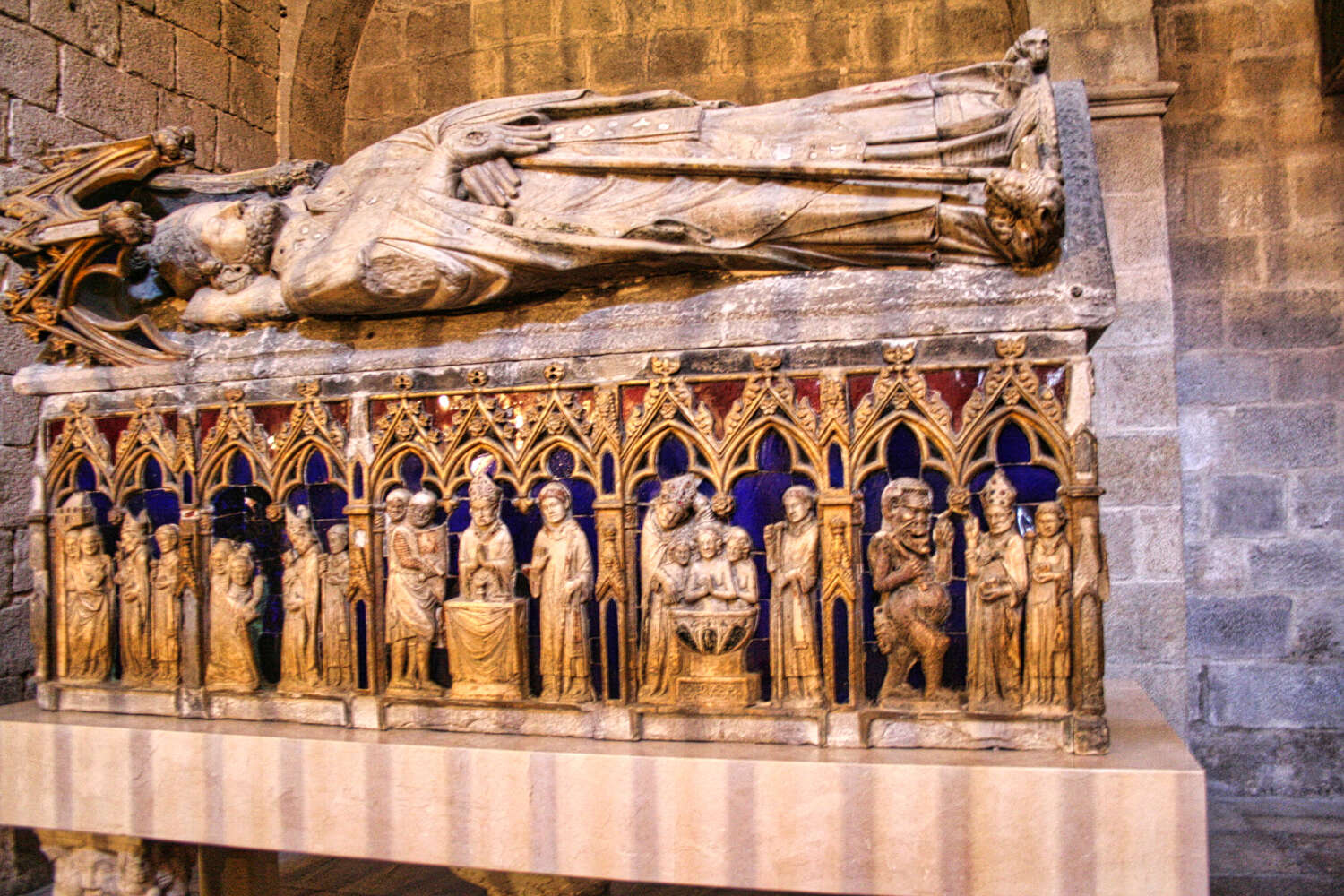 One of the most atmospheric attractions in Girona is the Jewish quarter of El Call, where a labyrinth of narrow streets takes you from the bustling 21st century to the Middle Ages. This quarter is considered to be one of the best preserved Jewish quarters in Europe! Girona place a special role in Jewish history, because it was here that the first center for the study of Kabbalah in Europe was founded. The history of El Cal began in the XII century.  Jews, with their kabbalistic beliefs and closed communities, have always looked like suspicious and dangerous people to Europeans. Tragedies related to the persecution of the Jewish nation are part of European history, and Catalonia is no exception. Jews were forcibly evicted into ghettos, restricted in labor and civil rights, regularly accused of epidemics, bad weather leading to poor harvests, or witchcraft. The Jews were evicted from Girona in 1492, as elsewhere from the Spanish lands, and the Catholic Inquisition controlled this expulsion. 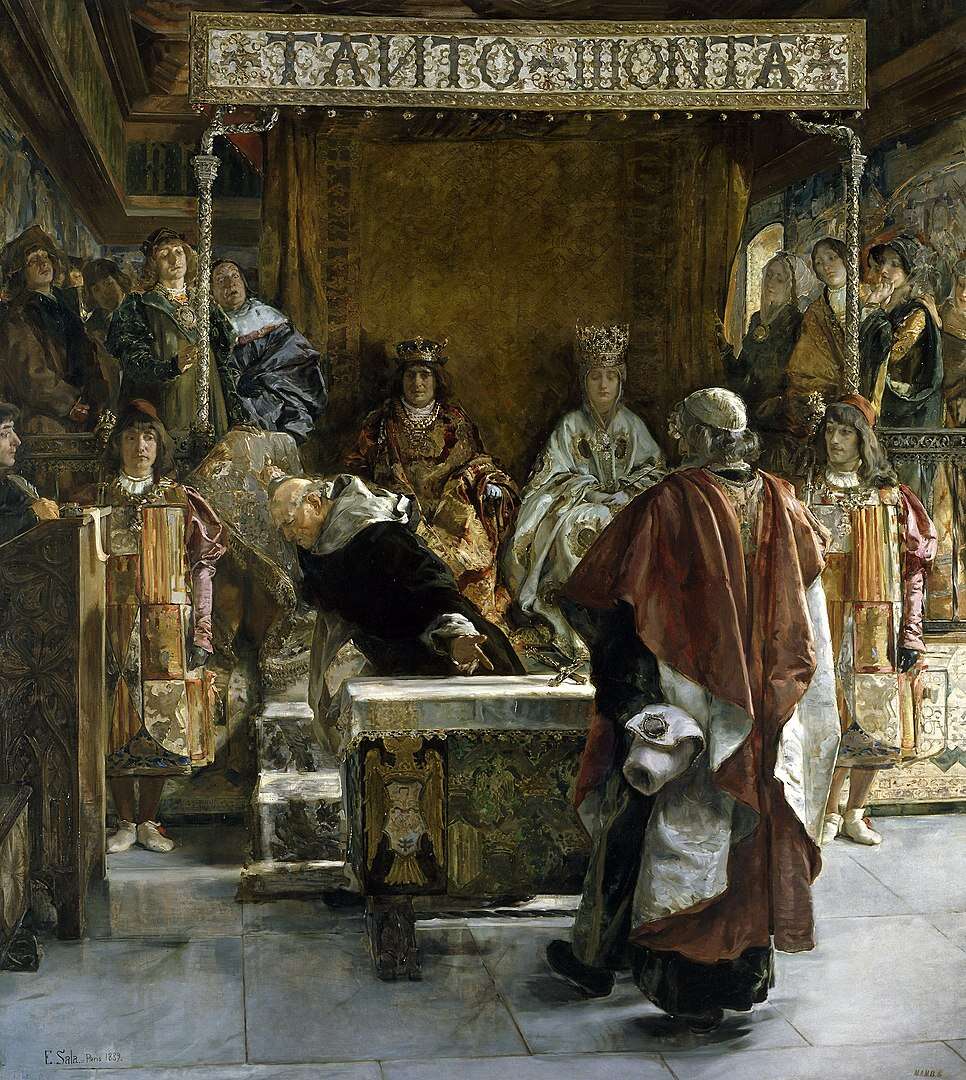 The powerful union of King Ferdinand II and Queen Isabella of Castile strengthened the power of the Spanish crown, and the religious zeal of the monarchs freed the hands of Catholic priests. They ruthlessly evicted Jews, took away their property and money, and tortured and killed those who resisted. Those who wanted to leave were forced to sell their land and property for a pittance to the church ministers, and the government profited from the fact that it took money from the Jews, when they left the borders of Spain. Quite a few Jews, having paid fabulous money to leave Spain, ended their life behind the ships: the Spaniards simply threw them overboard. The labyrinths of the Jewish Quarter of Girona await inquisitive guests and are ready to share stories from the past. 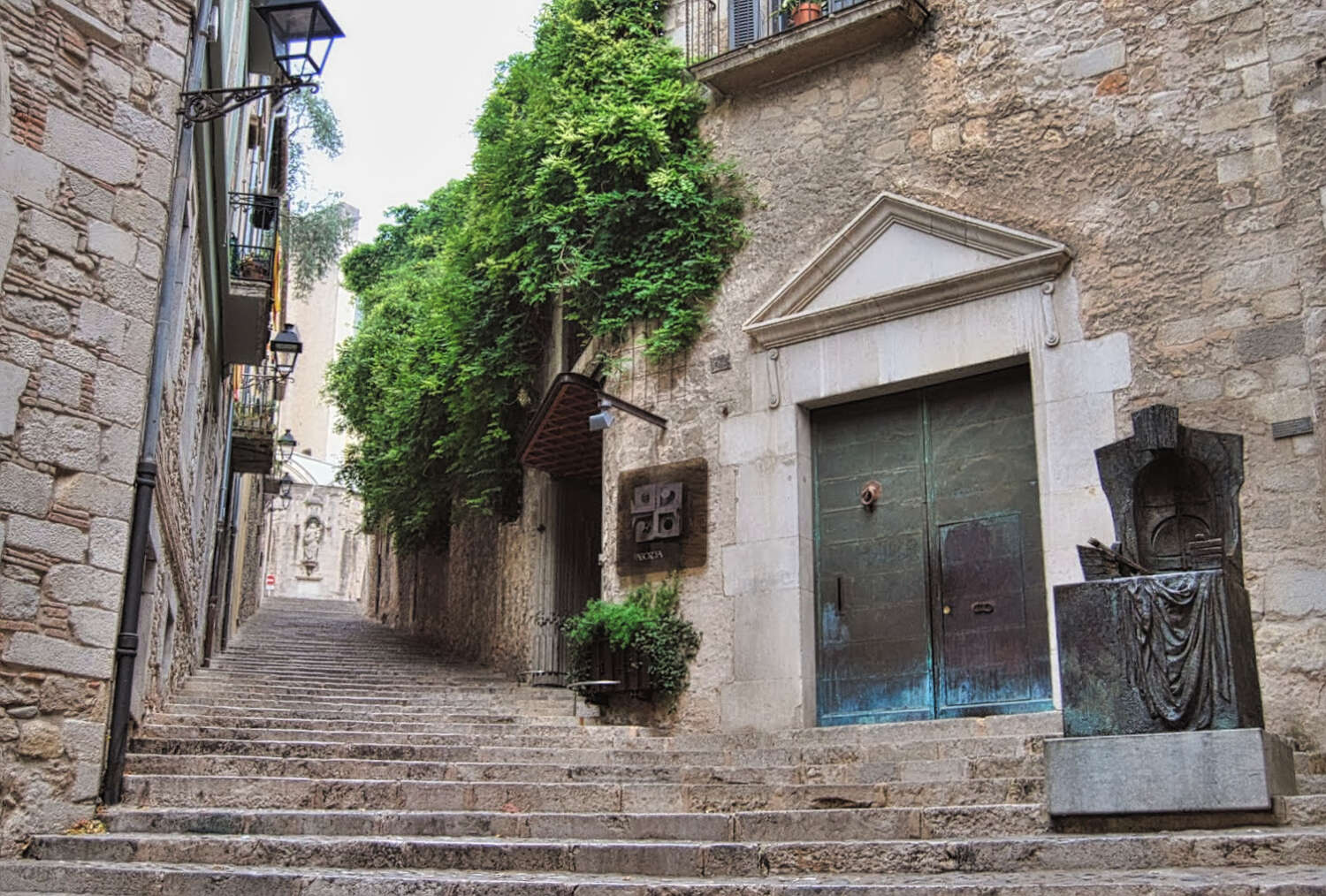 The Onyar River divides the city in two parts. It is shallow at normal times, and during floods, it becomes violent and can cause a lot of harm to residents. Despite the modest size of the river, there are ten bridges in the city, almost all of them are small.

One of the bridges was designed by the famous French engineer Gustave Eiffel (Puente Eiffel). 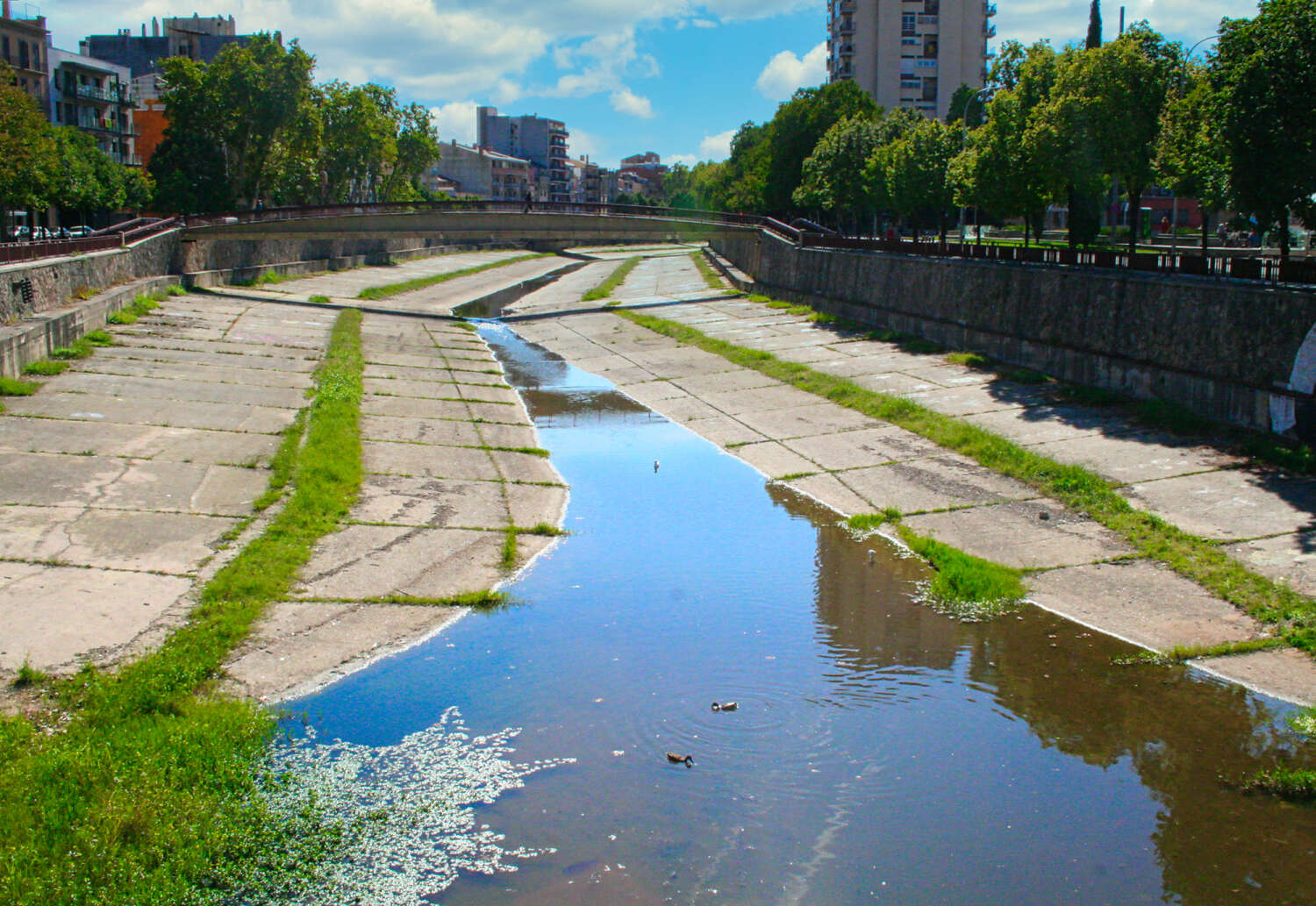 The houses along the Onyar River are considered one of the most recognizable symbols of the city. For many decades, city buildings have been protected from streams by the foundation left from the destroyed city wall. The houses look quite modern and modest, but very colorful and photogenic thanks to good painting. All of these houses are private, so be prepared to see small scenes of everyday life, such as drying clothes or residents enjoying a glass of wine. 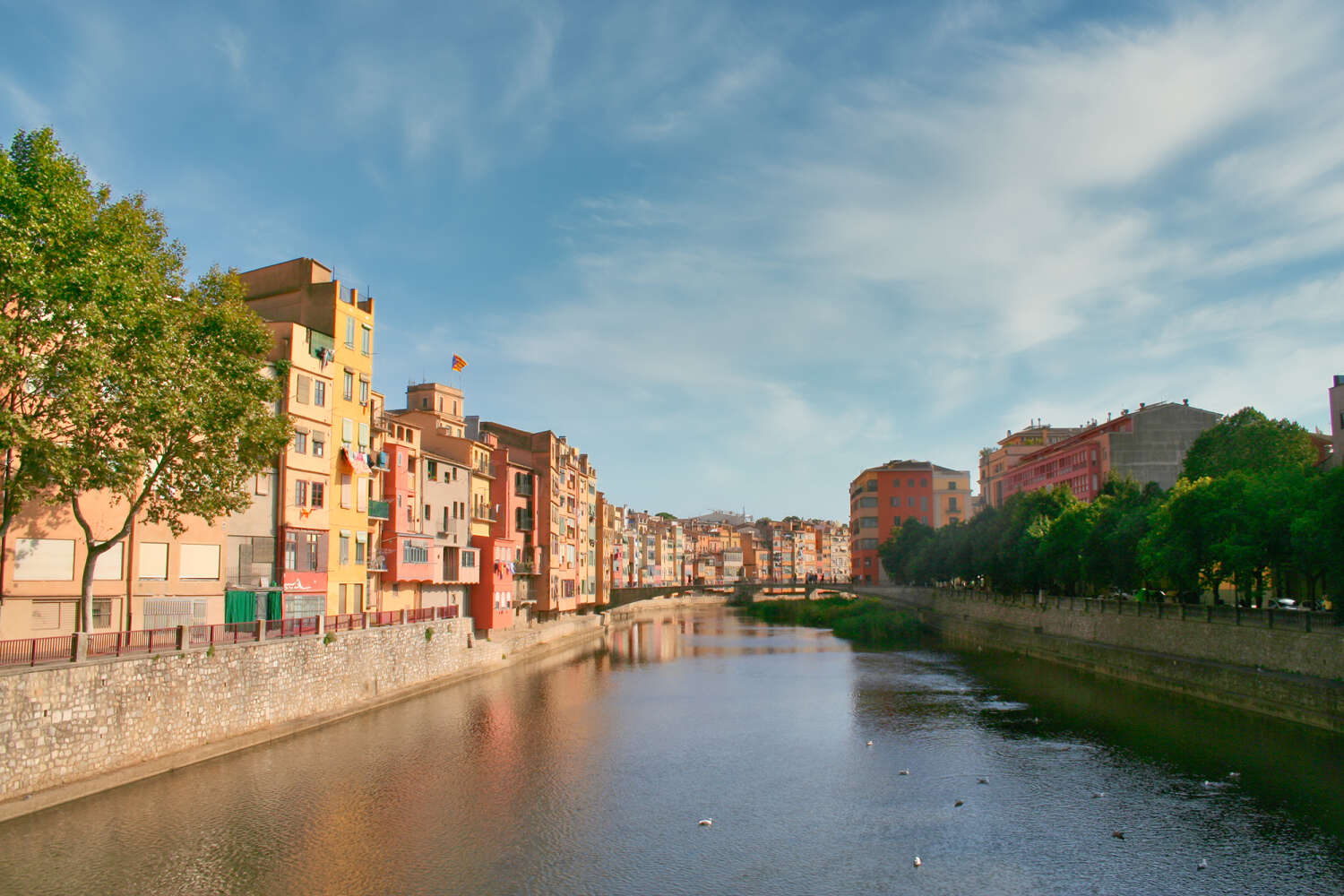 If the history of the region is of little interest to you, then a place familiar to pop art can definitely draw your attention. The Salvador Dali Museum Complex, part of whose walls are based on medieval ruins, is a world famous architectural masterpiece. The outrageous Dali used giant eggs and images of bread, bright colors and unusual combinations of textures in his design. The artist himself is buried here, his grave can be visited along with a tour of this theatrical museum. The museum is located in the neighboring town of Figueres, which is about 40 km away from Girona. 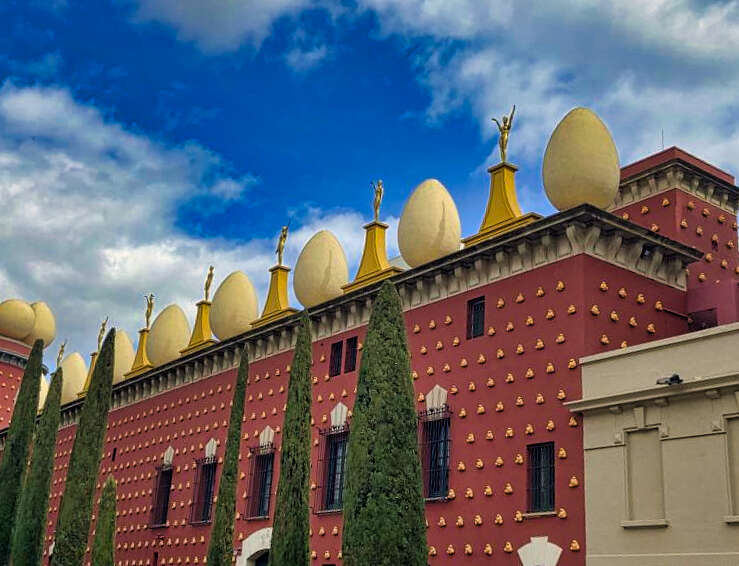 Another attraction not to be missed in Girona has to do with nature. This is the stunningly atmospheric arboretum La Devesa Park. It occupies 40 hectares and is intended for walking and recreation. Plane trees are huge trees, and the inhabitants enjoy walking in their shade. Most of them were planted in the 1850s, and nowadays, these giants reach 55 meters in height. 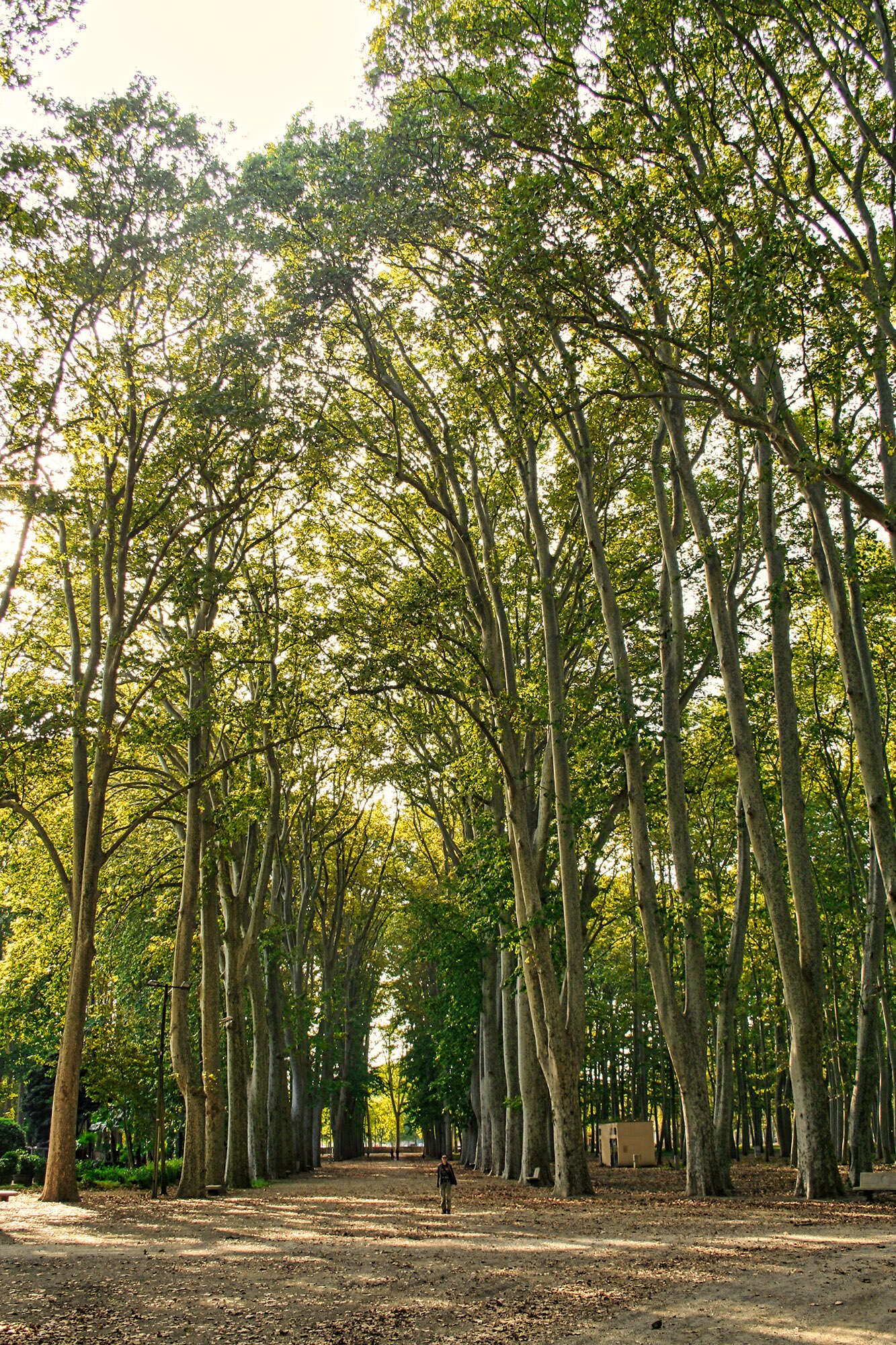 If all of the above is not enough to make you book tickets to Girona right now, then here's another interesting fact: in 2015, several episodes of the popular TV series Game of Thrones were filmed here.

Winter is coming: where Game of Thrones was filmed 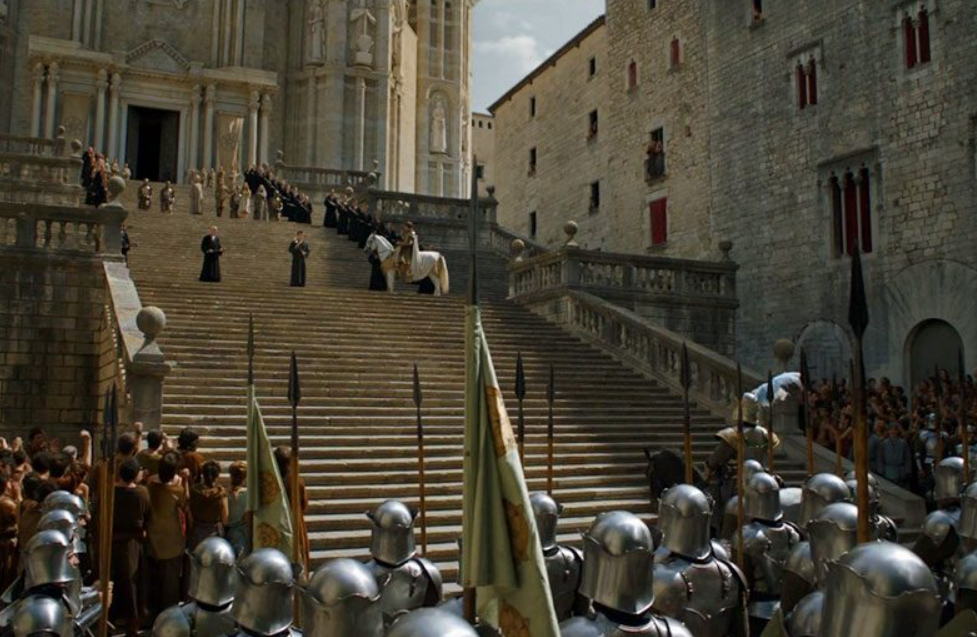 The impressive steps of the cathedral can be easily recognized in the scenes with Nikolai Coster-Landau (Regicide Jaime Lannister), Lena Headey (the merciless Cersei) and the beloved Arya Stark played by Maisie Williams. 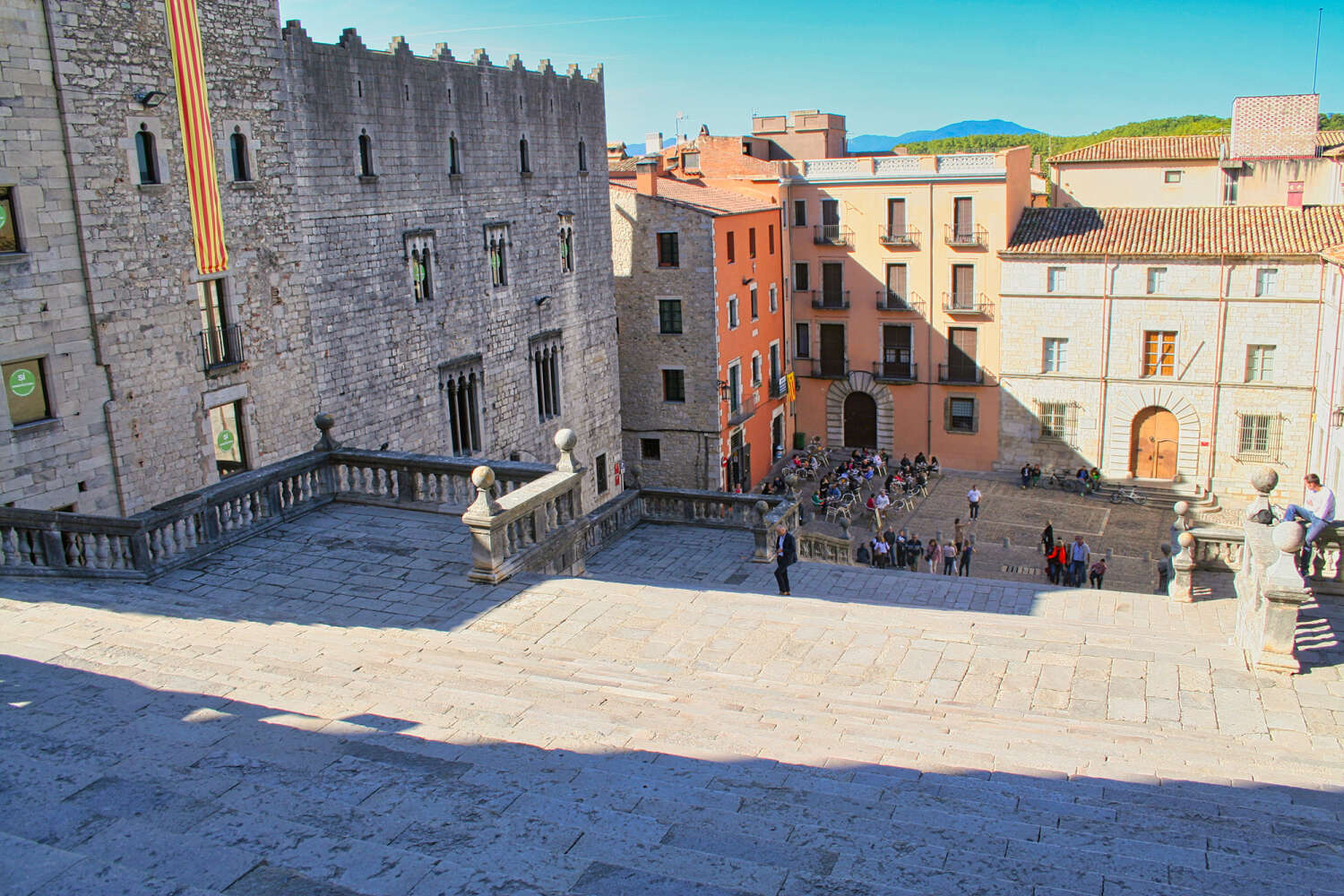 Girona deserves the closest attention of a tourist visiting Catalonia. If you are staying in Barcelona,   or any resort town on the Costa Brava, use public transport to travel to Girona. A trip from the center of Barcelona here by high-speed electric train will take an hour and a half. Trains are very comfortable and safe, they leave every hour, and round-trip tickets will cost about 20-30 euros. 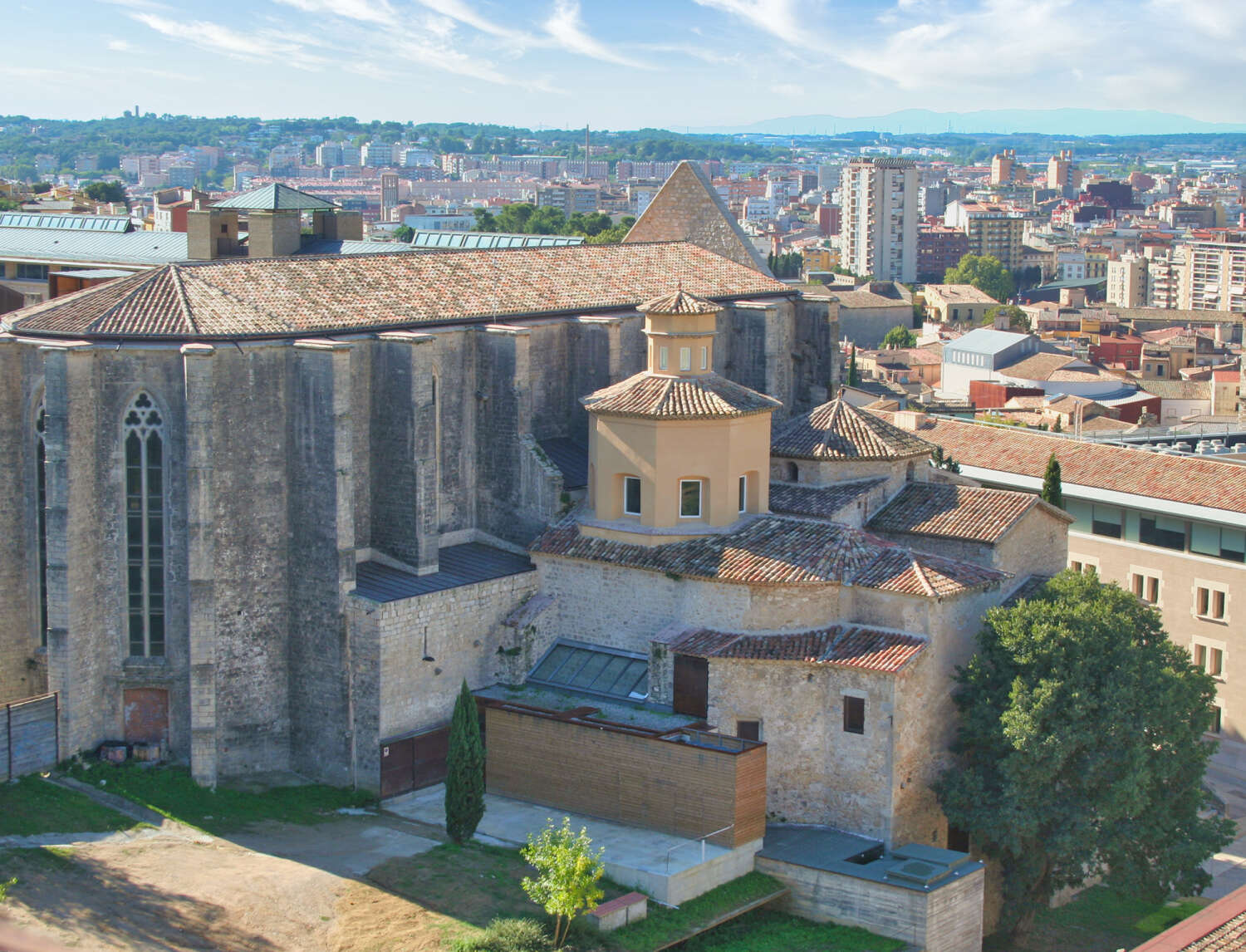 Medieval architectural monuments and unusual traditions, stunningly beautiful nature and a mild Mediterranean climate attract travelers to the Catalan region.  When you decide to go for a personal experience, Travellizy Team will help you carefully plan your unforgettable trip!