New York amazes tourists with skyscrapers, Times Square signs, Central Park alleys. Few of the city's guests are interested in what is happening under the streets of the metropolis. But today, Travellizy Team will tell its readers about the only catacombs in Manhattan, located under a two-hundred-year-old church. 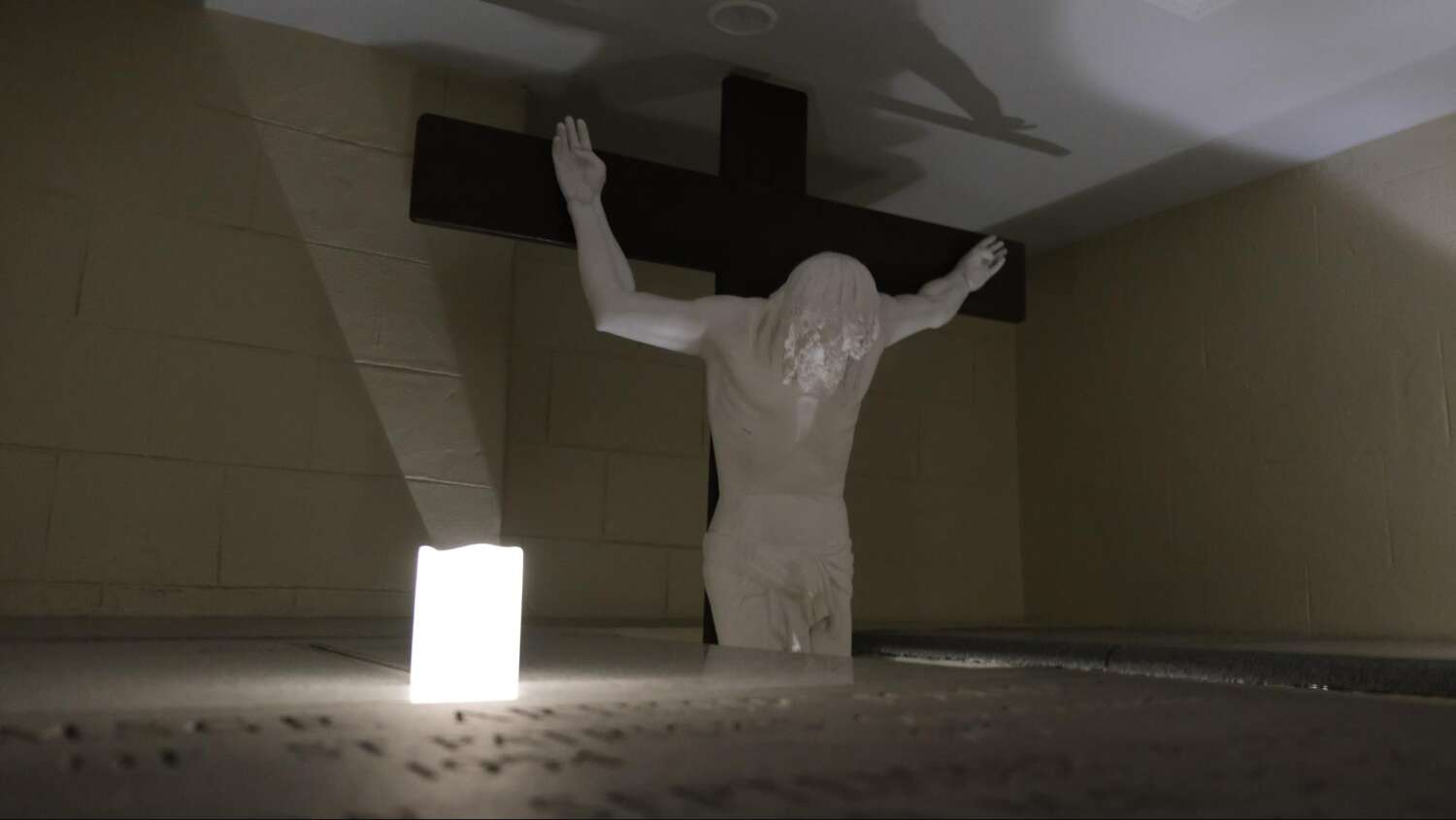 This attraction became available to tourists quite recently: in 2017, the burial crypts of the Basilica of St. Patrick opened the door for everyone to learn more about the history of the city and the Catholic Church in America. Underground burials are often found in Europe, but it is an outstanding attraction for the United States. The Basilica and Cemetery are located in the prestigious Soho quarter of Manhattan, among ordinary city buildings.

The choice of Saint Patrick as the patron saint of the American Irish is not accidental: he is the most popular saint of the multimillion-dollar Irish diaspora. St. Patrick's Day is widely celebrated in the United States (more details in the article “St. Patrick's Parade in San Francisco”. 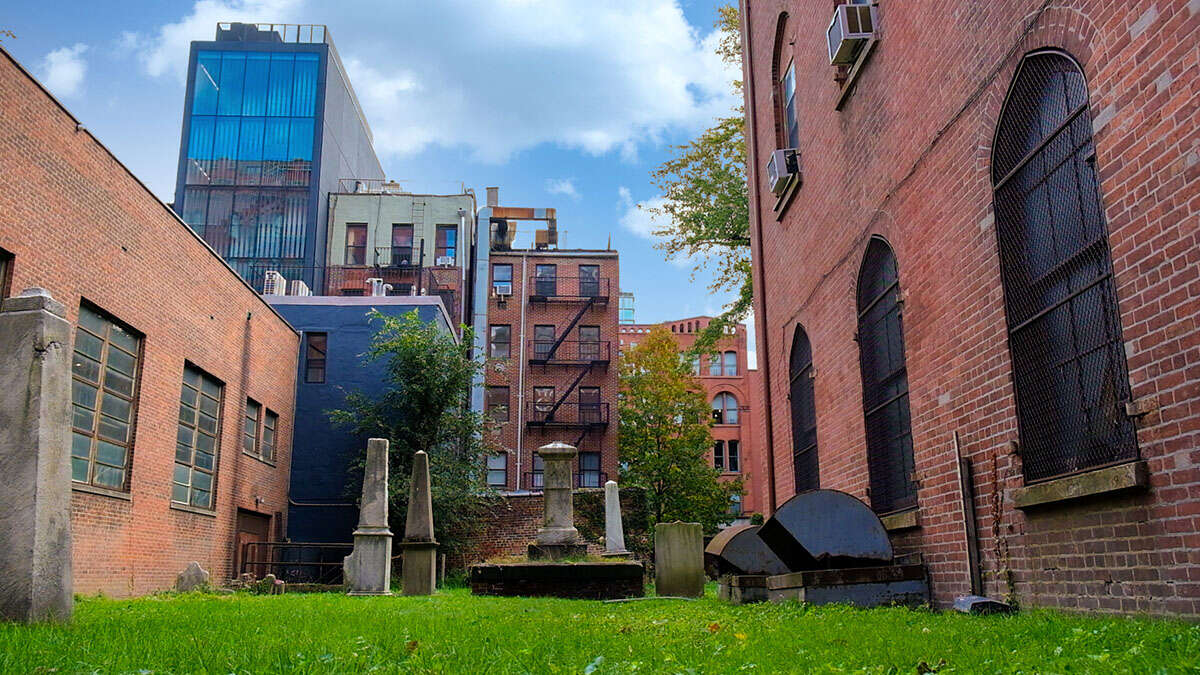 By purchasing a ticket, fans of history can visit the catacombs as well as the basilica and the churchyard during a guided tour. It includes a short historical tour of New York and the Irish diaspora. After that, visitors enter the underground semi-basement rooms, illuminated only by flickering candlelight. With regard to fire safety, candles are used exclusively electric. 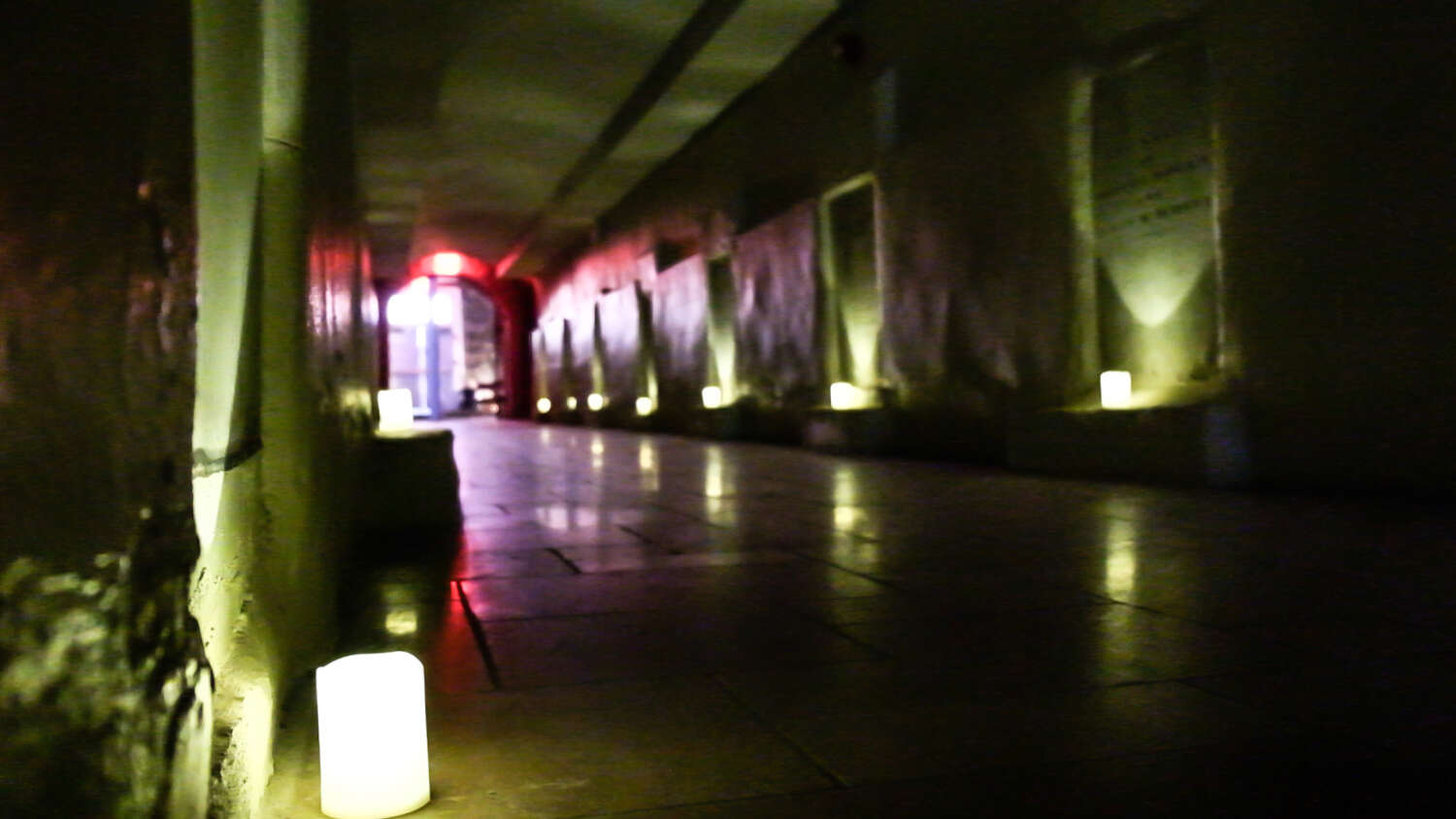 The neo-Gothic basilica was built by Joseph-Francois Mangin in 1815. For many years, the cathedral served as a refuge for Irish emigrants in New York. Thousands of families who came to the American continent in search of safety and work stayed to live and work in Manhattan. Some became famous politicians, businessmen and played important roles in the formation of the American nation. For example, John Kelly, who was an adviser to President Abraham Lincoln, was buried at the Basilica of St. Patrick. Another late celebrity is the Delmonico family. It was they who founded the first restaurant in New York in 1830. Nearby, you can see the remains of Civil War veteran General Thomas Eckert. 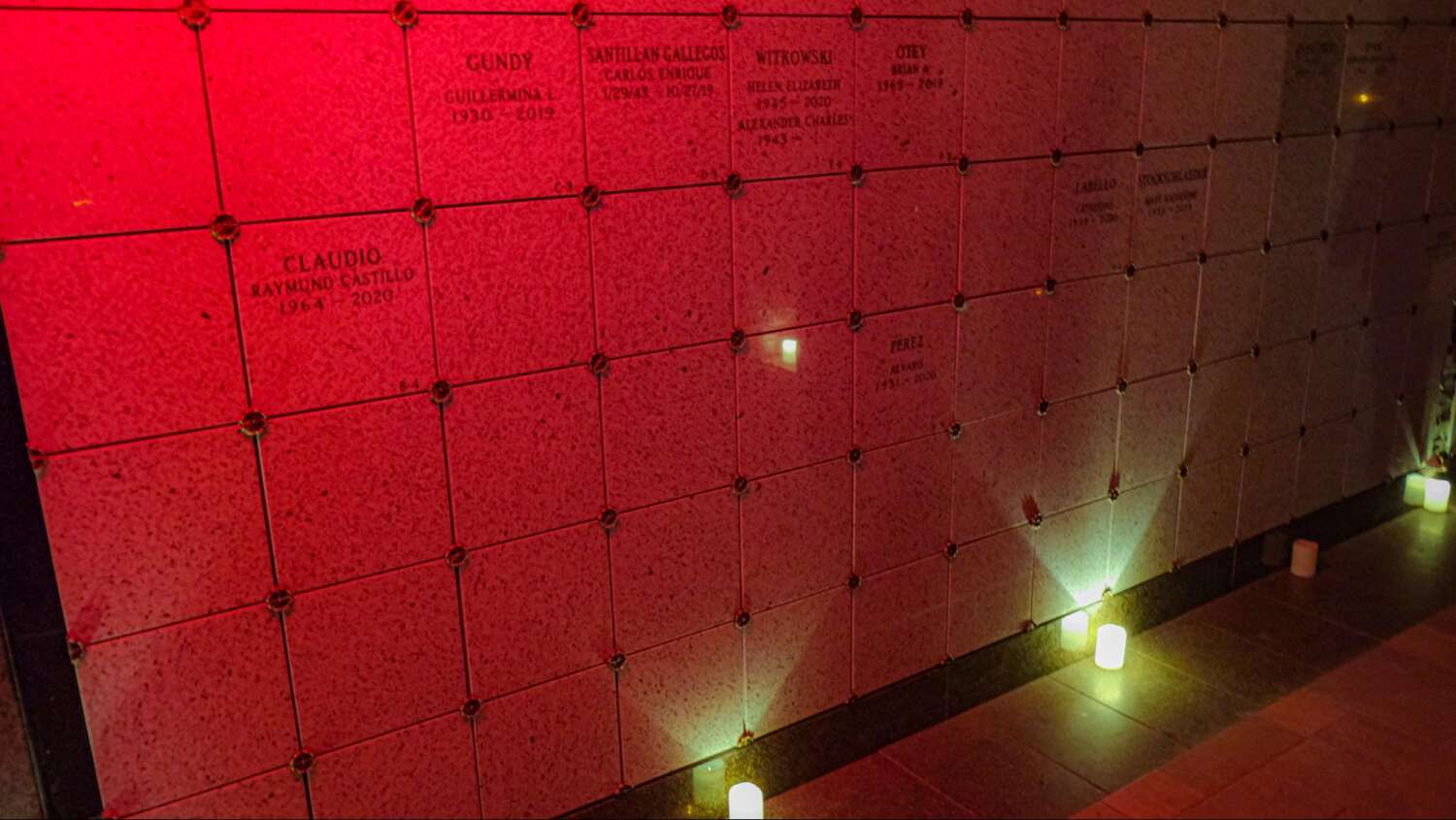 Filming of The Godfather

For American Catholics, this seemingly ordinary church is of great importance. It was here that the workplace of the archbishop, the most important Catholic priest of the city, was previously located. The historical significance and high status of the basilica attracts up to five million visitors a year! But some of them are not believers at all, but movie lovers. It is this church building that director Francis Coppola showed in The Godfather. 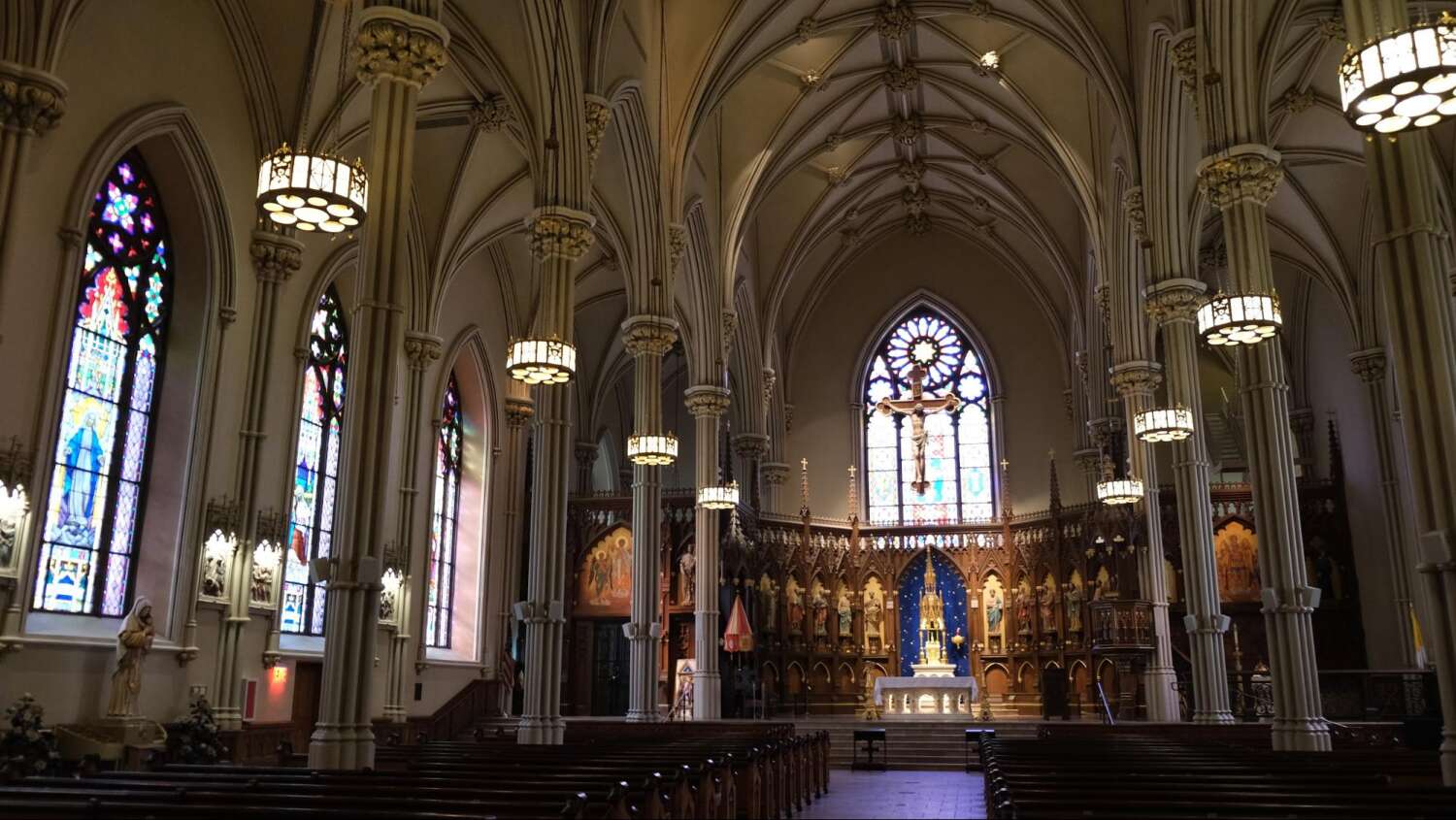 The baptism scene was filmed inside the basilica, while all the actions outside were filmed in a different location. Fans can refresh their memories of the film by watching this tragic episode. Just click here:

The religious significance of burials

In the Catholic religion, the resurrection of the dead is extremely important. It is believed that a good Catholic should be buried on the territory consecrated by the church. 50 years ago, the Catholic Church did not recommend cremation, calling it a relic of pagan traditions. But in 1963, the norms for the burial of Catholics changed. Pope Paul VI became an agent of change relating to this delicate issue. Before his decision, Catholics could only be buried traditionally, when buried in places established by the church. Many graves in the churchyard of the Basilica of St. Patrick are 200 years old. 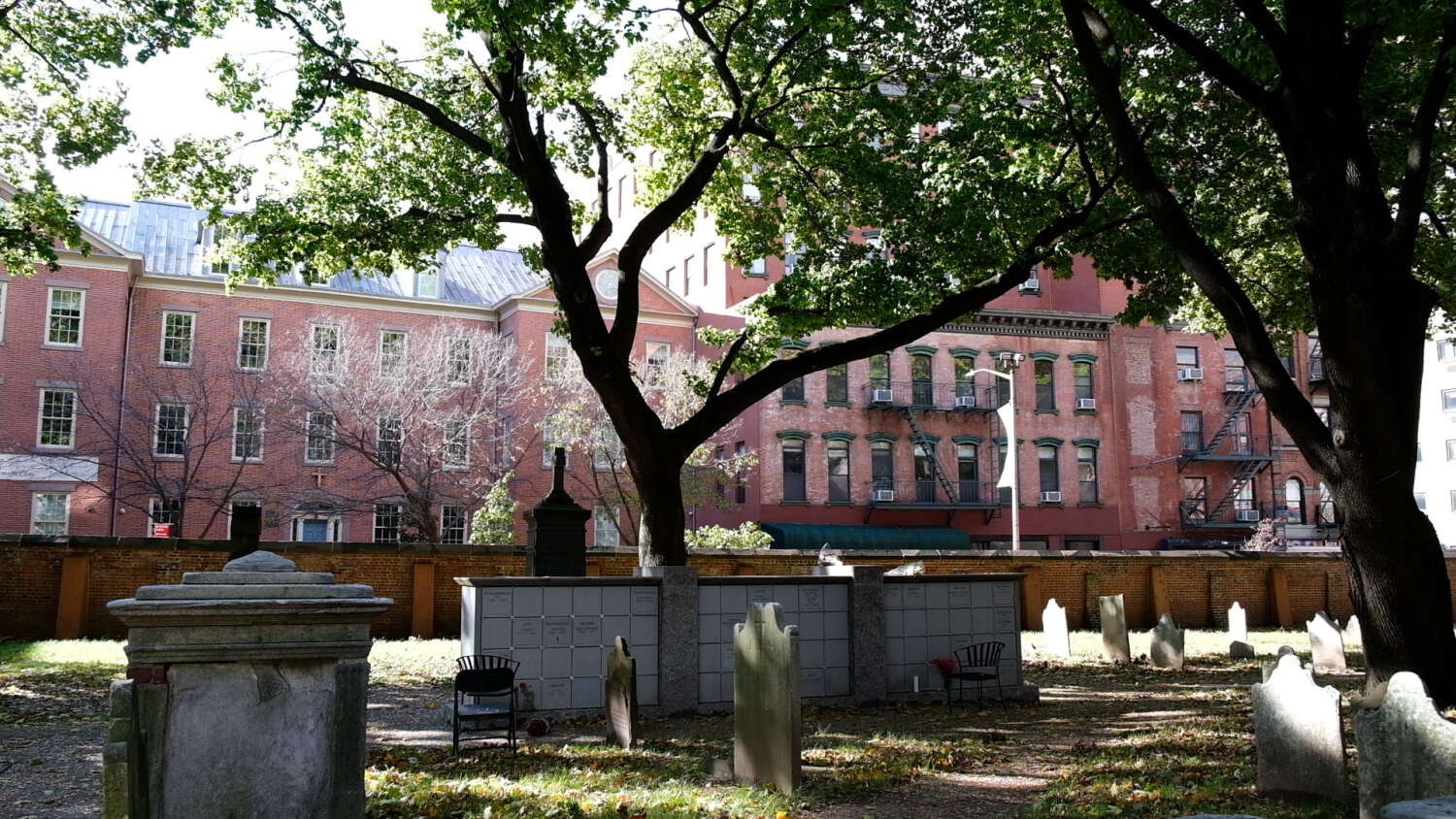 But after the change in the sixties, the Catholic Church moved towards the believers and allowed the procedure, however, with reservations. For example, it is impossible to scatter the ashes in the open, as well as store it at home. The ashes of the cremated deceased are now equated to the remains of the earthly body, which means that they should be mourned by relatives and friends in a proper atmosphere. Burials in cathedrals are especially honorable, but such decisions are made by the entire congregation. Even if a millionaire is willing to pay, but his reputation and religious attitude do not fit the definition of a good Catholic, money will not help. The closeness of high-ranking clergymen guarantees the deceased to be constantly mentioned in prayers, which means that it will bring them closer to God at the time of the Last Judgment. 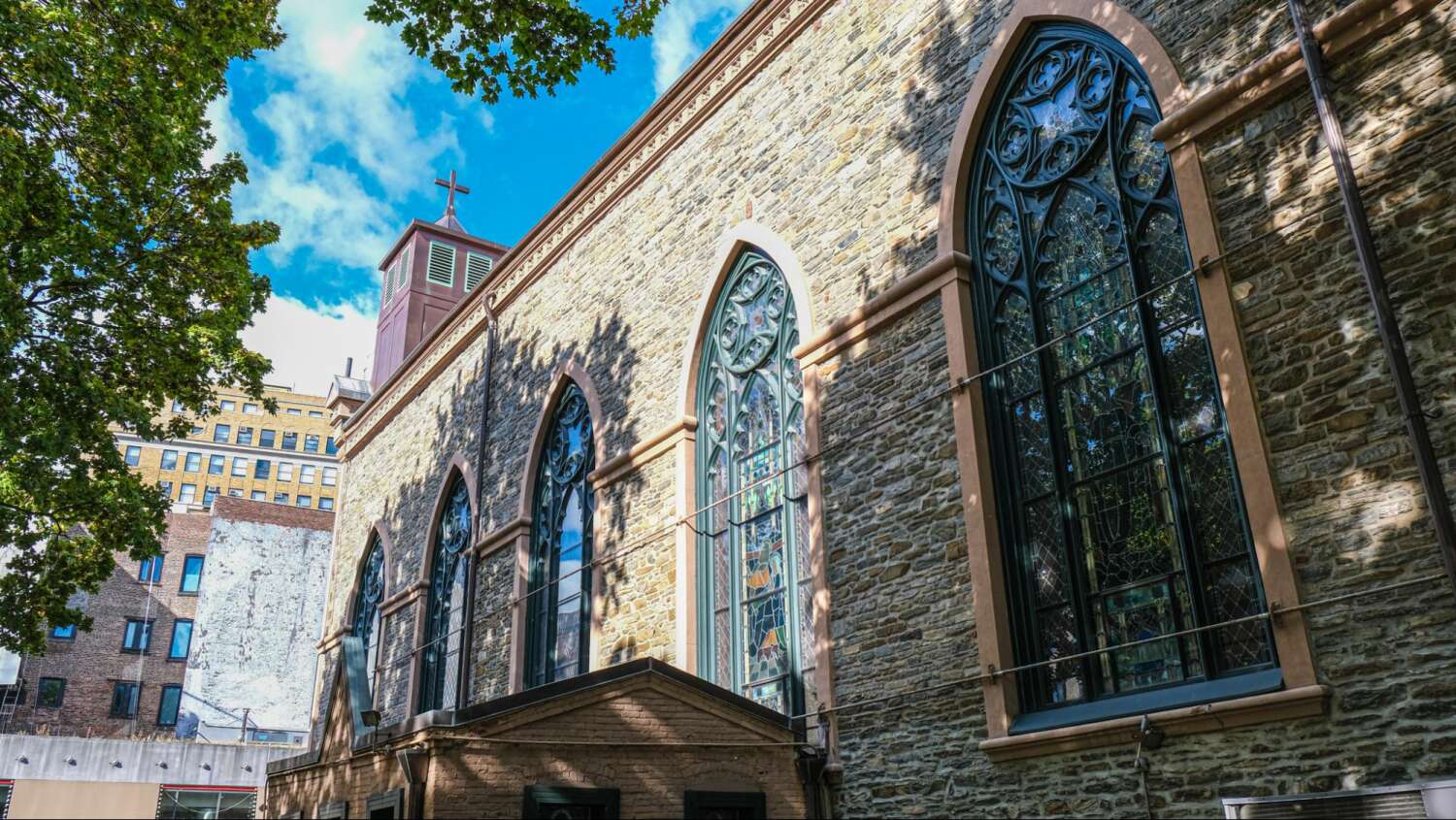 The honor of being buried near the church is expensive. How expensive is it? A few years ago, news broke in New York City that St. Patrick's Basilica had put up for sale an entire underground burial site to respectful and financially successful Catholics. The site is designed for a family of six who is willing to pay $7 million for a rare opportunity to be buried in the historic center of New York. 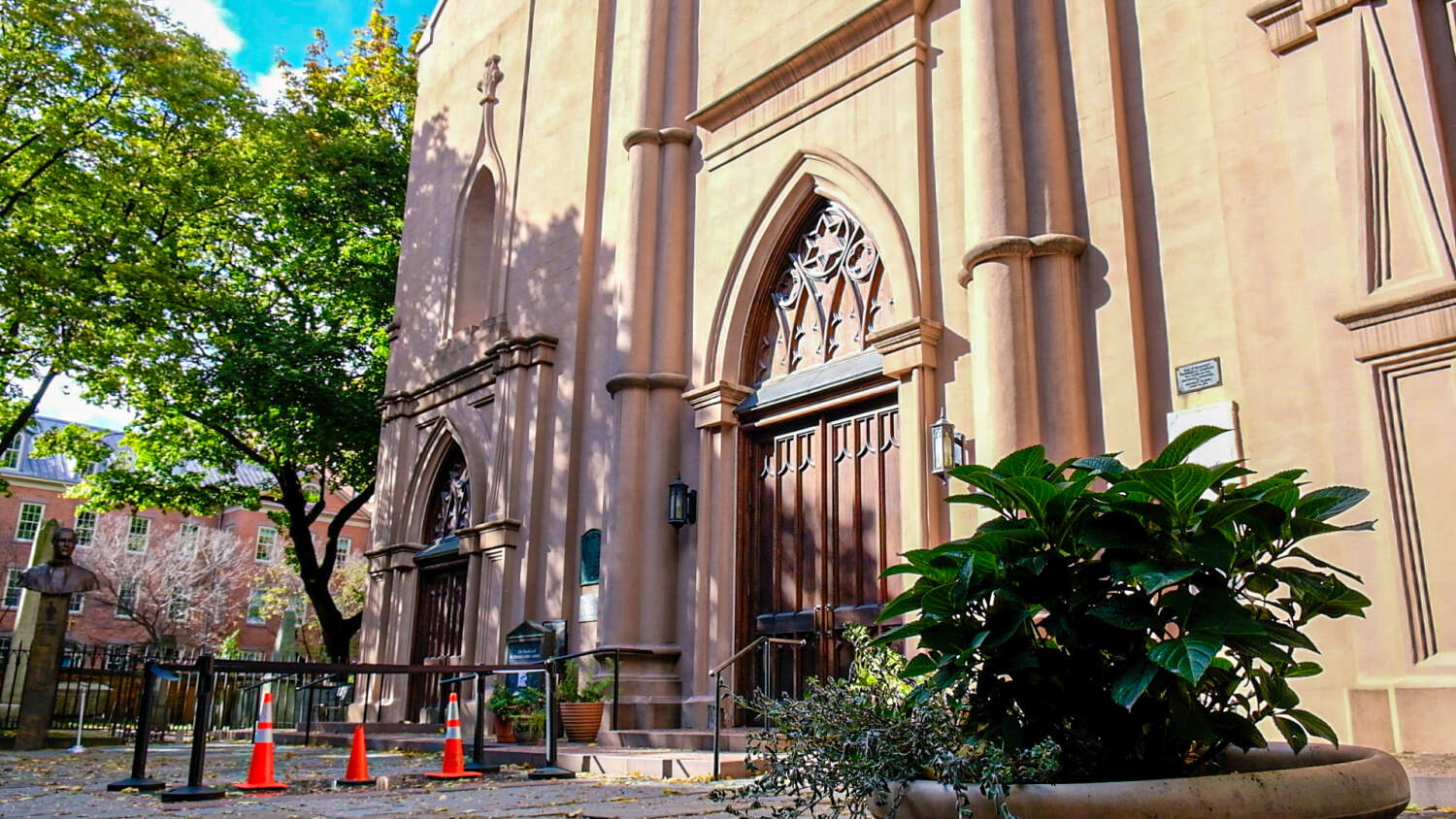 A columbarium is a granite wall with small niches in which an urn with ashes is placed. Each such cell is covered with a granite plaque engraved with the name of the deceased and the dates of life and death. The cost of burial in a niche starts from several thousand US dollars.

Bricks as a cultural heritage

The brick wall around the basilica and the cemetery is carefully protected by both clergy and the city: in 1968, it was included in the list of New York attractions. For two centuries, it has been protecting believers and those who needed help. During the protests in spring 2020, the wall saved the church building and the cemetery from vandals and looters: dozens of aggressive people were roaming in the quarter. Many local private businesses have suffered from their actions. Church workers and volunteers guarded the building from vandals until the protests stopped. 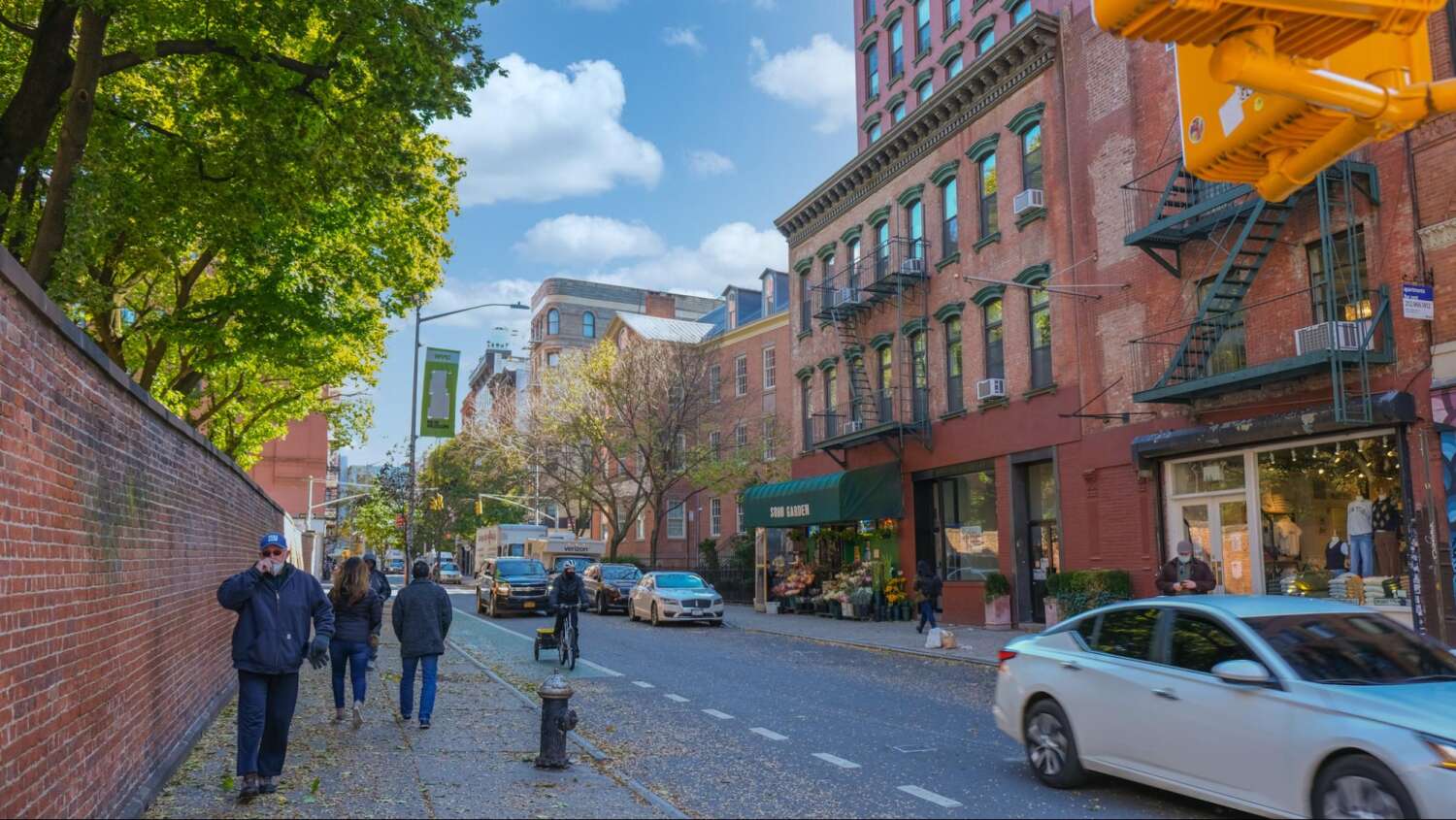 A visit to the catacombs will not leave indifferent even non-believers. Tours are led by very knowledgeable locals living in these neighborhoods. Despite the fact that these are church workers, the guides cannot be called holy men: one and a half hour tours are fun and informative. 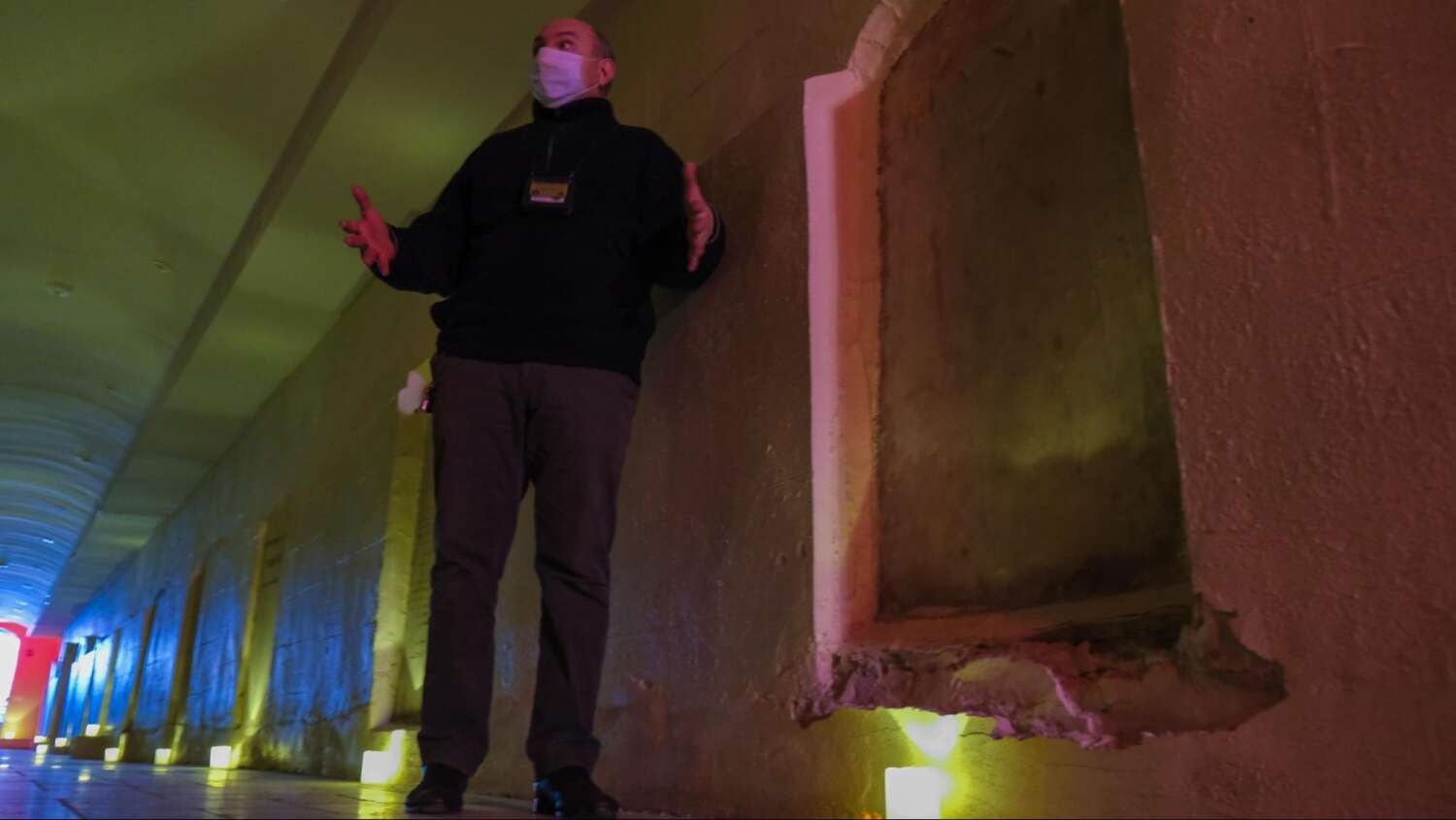 Since this is a functioning church, during the tour, you should follow the rules of conduct in religious buildings and do not interfere with believers. During the COVID-19 pandemic, there are mandatory mask wearing and social distancing rules. There are also hand sanitizers everywhere, and the number of people in a group should not exceed 15 people. Tickets are purchased online, and 15 minutes before the start of the tour, you must arrive and register at 266 Mulberry Street (corner of Mulberry and Jersey). That's where the tour begins. 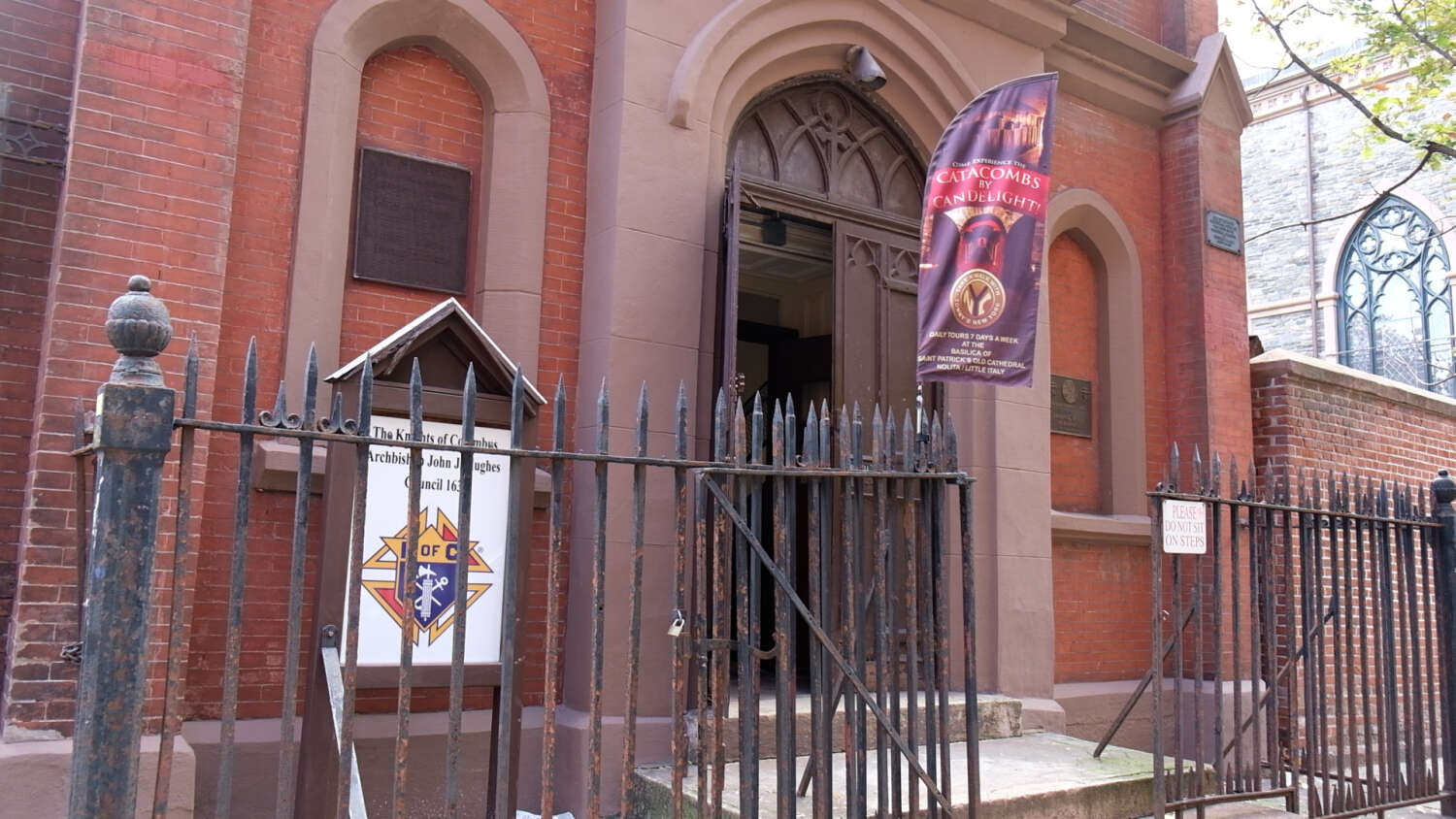 Wherever your journeys take you - through noisy streets or underground cellars with burials, we hope you will be safe. Travellizy Team is always in touch and ready to help you plan the most comfortable trip!

If you want to learn more on how to spend time in New York, read our articles: