Pyrenees on foot? It's not easy, but it's worth it

The Iberian Peninsula is nothing but a paradise for active tourism. The local mountains are riddled with the most famous hiking trails of varying difficulty in Europe. But the geomorphological features of the peninsula, that is, its landscape, elevation changes and abrupt time zone changes, will not only give you the most unforgettable experience, but also make you a real professional.

Trekking routes in the Pyrenees are of unimaginable proportions. For example, the HRP track actually crosses the entire peninsula, from the Atlantic coast to the east, and then from north to south. Even for an experienced tourist with impressive daily crossings, it takes up to two months.

Semi-professionals, that is, trained enthusiasts, should start with GR-11, which, starting from the mysterious and historical Basque Country, runs from the Atlantic to Catalonia and Barcelona. The route will take a month and a half. True, no one can overcome the entire trail at a time. This is not necessary. Ten days is enough to visit the highest part of the Pyrenees and enjoy the most magnificent views. 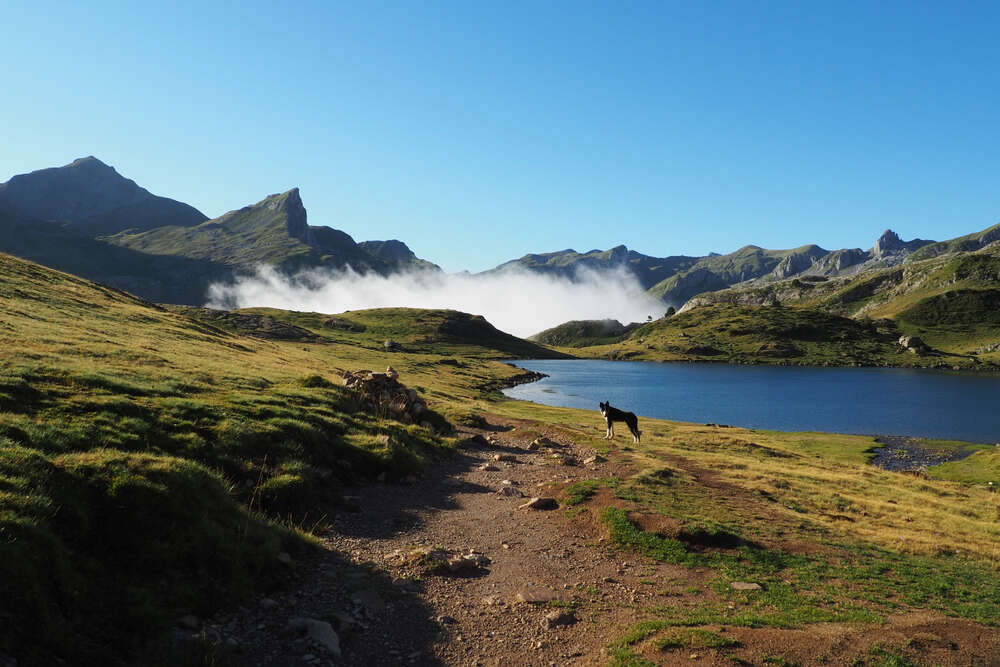 Well, the most famous Way of St. James is a route laid back in the early Middle Ages to the Spanish city of Santiago de Compostela, where the relics of the holy apostle are buried. This is such a popular and well-known route that it was even taken under the protection of UNESCO and is suitable for all categories of hikers. Just imagine, the Way begins in Paris and stretches for an unimaginable 850 kilometers. Of course, no one can pass it at a time. However, there are different sections of the route (one of them crosses the Pyrenees within Spain), which are quite suitable for one-time crossings.

This is one of the most popular hiking trails in Spain. The locals call it La Ruta Transpirenaica and that is how you should look for it on Spanish tourist maps and tracks.

It starts in the Basque Country at Cape Higuer (Atlantic coast), passes through the Pyrenees through the ancient principalities, which are now the Spanish provinces of Navarre and Aragon, and ends in the Catalan Cap de Creus. In total, the trail is divided into 45 sections. The most difficult and famous of them are located in the highlands, in the Aragonese Pyrenees.

The difficulty and beauty of GR 11, like the Way of St. James, is that the trails cross most mountain rivers perpendicularly, which is constantly fraught with a vertical change in direction. Some climbs reach 1600 meters of drop.

The Aragonese and Catalan Pyrenees are the most comfortable, and sometimes even hot. At the same time, the Basque Country has a more severe climate due to the Atlantic, and the highlands experience very cold winds and low temperatures even in summer.

It is recommended to start the most spectacular section of the route from the village of Sallent de Gallego, province of Huesca, Aragon. From there, with stops and overnight stays, you need to go towards the top of Balaitús (3114 m above sea level). Then, through the Cuello de Tebarrai (2765 m), Cuello Alto de Brazato (2566 m), Goriz (2160 m) passes, the route enters the territory of the most beautiful national park called Ordesa y Monte Perdido National Park, which is also included in the UNESCO World Heritage List. Monte Perdido (3348 m), the highest peak of the region, is located here. However, climbing it already requires special training and climbing equipment. Further, the path runs through the passes of Collata Anisclo (2453 m), Collata Arrablo (2343 m) and Comondoto (2355 m). In the village of Parzan, under Pico de Aneto (the highest peak of the Pyrenees), this section of the path ends. From there, you should also go to Barcelona by public transport.

Of the high-altitude and rather steep routes, GR 11 is the most difficult, but also accessible at the same time. And it is this segment that is considered to be one of the most beautiful in the Pyrenees. 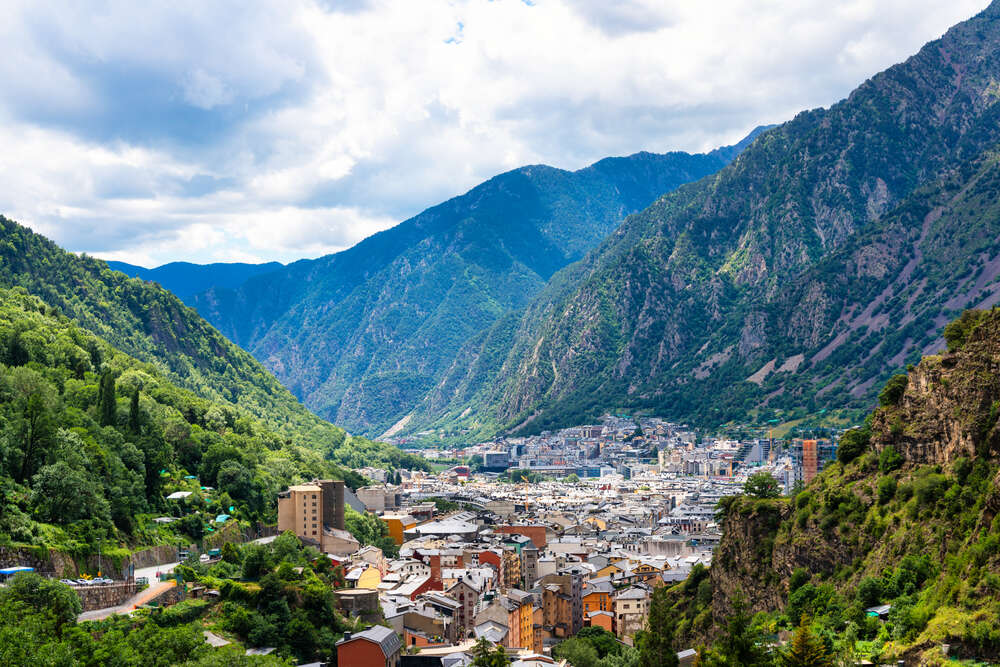 The Way of Santiago (El Camino de Santiago) is an ancient pilgrimage route that goes through Europe to the Spanish city of Santiago de Compostela. Or rather, not even like that. From the point of view of Catholicism, Santiago is the third world Christian shrine, after Jerusalem and the Vatican. The path to it begins at the doorstep of every Catholic home and ends here. There are English, French, Portuguese branches of this route... But we are interested in the so-called “Central”, which leads the French line of this path through the territory of Spain, namely the Pyrenees. Another name for this route is the Road of the French Kings. Any traveler who moves along this route and goes to its end point is a pilgrim. Yes, it is from here that this word has become a household word for all travelers. And each pilgrim receives an official certificate in Santiago, which will always remind of the incredible route. True, in order to get a certificate, you need to walk at least 100 kilometers on foot or drive 200 km on a bicycle.

Nevertheless, there is no need to talk about special asceticism here. There are cafes and restaurants along the entire route, and every few kilometers on the pilgrims' path, there are shelters - albergue, where shower, kitchen, laundry, bed and Internet await every pilgrim and traveler. In general, compared to the GR 11, it’s a pedestrian track for those who are lazy. However, a significant advantage of the Way of Santiago is not natural monuments, but historical and ethnic sights. 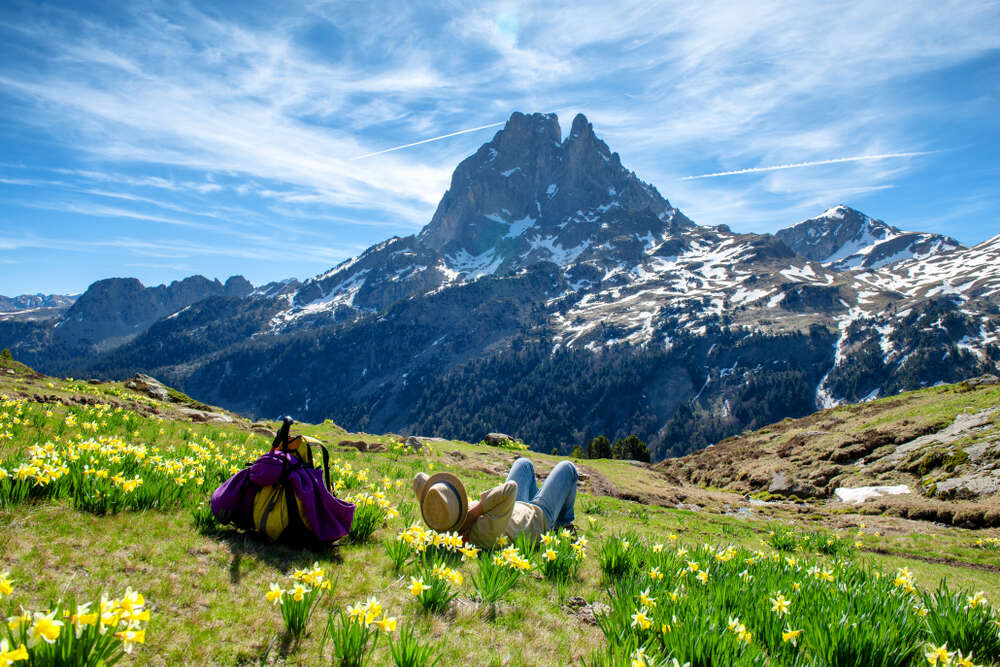 The pilgrimage route starts in the village of O Cebreiro, in the province of Lugo, where you can see many palos, traditional houses in this region of Spain with a thatched roof, on which, due to the slope, snow does not linger. In O Cebreiro, there is the ethnographic museum of the Galicians. In addition, there is another monument in the village - the Cathedral of Santa María A Real with the chapel of Santo Milagro, where relics of the Templars are kept.

The next important point on the way is the monastery village of Samos. Here, in addition to religious artifacts that are stored in Monasterio de San Julián de Samos, you can taste trout in local restaurants, which is caught in the local mountain rivers and lakes.

Next on the way is the town of Sarria. Registration here, 100 km from Santiago, just gives the right to receive a certificate (compostela) of a pilgrim at the end point of the path. Temples are also concentrated here and in nearby villages, which are recognized as a national treasure of Spain.

The next point, ready to compete with the observation decks on the GR 11 track in its beauty, is the neighborhood of the town of Portomarín. In the restaurants here you can try traditional Galician dishes such as eel pie, almond cake and aguardiente, local alcohol. 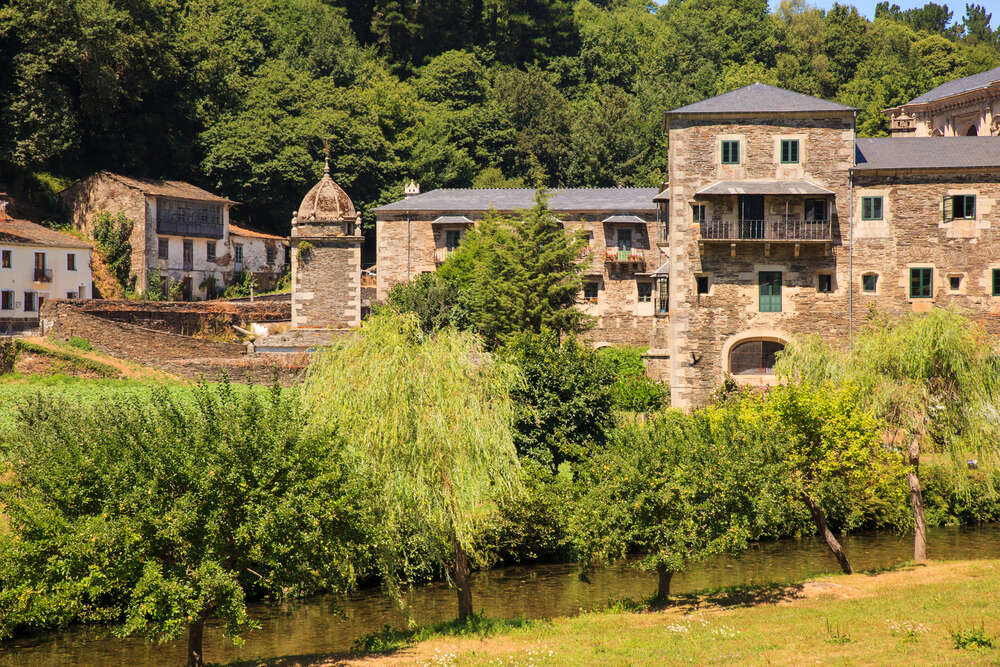 Further on the route, pilgrims end up in the beautiful Monasterio de Vilar de Donas in Palas de Rei, where frescoes of the 14th century have been perfectly preserved. Very close - another observation deck and Pambre castle. And the gastronomic center of the region is the village of Melide, where Galician octopus is cooked and Arzúa-Ulloa soft cheese is produced. This is already a suburb of Santiago de Compostela with a beautiful and majestic cathedral called the Catedral de Santiago de Compostela (thus, the Cathedral of St. James) with a carved arched portico by Master Mateo. The crypt with the relics of James, the son of Zebedee, one of the 12 apostles of Jesus Christ, is also kept here. By the way, in order not to get confused with toponyms, you need to know the translation of the name of the apostle into Spanish - Santiago, i.e. Saint James (Jacob).

These rules are applicable in all countries of Western Europe, however, they have some liberal concessions. For example, here you can pitch tents along the routes, if you did not have time to reach the stationary camps, mountain shelters and parking lots.

It is strictly forbidden to kindle fires here. However, there are campsites with fireplaces along the way in the mountains, where you can kindle fires and dry things.

The main thing here: it is strictly forbidden to litter, deviate from the routes (this is primarily dangerous), break trees and plants, and generally cause inconvenience to animals, plants and local residents. 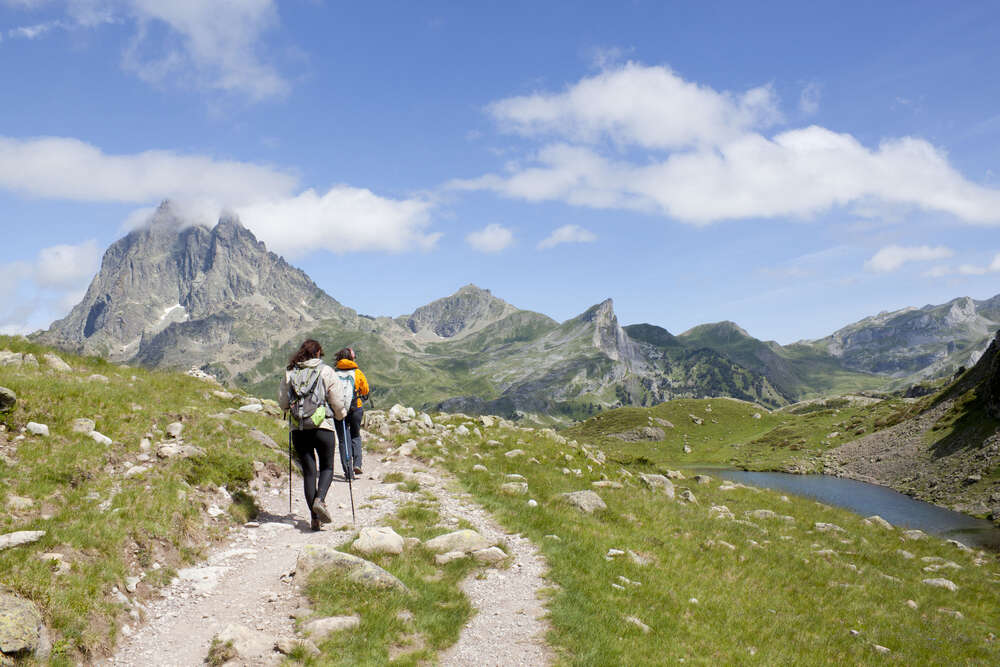 By the way, the natives here are more than friendly and kind. For 15 euros, you can always get an overnight stay with all amenities. Provisions need to be prepared for 4-5 days, and there are no problems with water along the route.

Experienced travelers don't recommend searching for flights to Bilbao or Santiago de Compostela, cities of the Basque Country, but flying to Barcelona. And from the capital of Catalonia and the largest air hub of Spain, you get by bus or train to the starting point of the route (which you choose for yourself).

If it’s not important for you to fly to Barcelona, then you can get to the starting points of the route from the Spanish capital of Madrid, magnificent Bilbao, Portuguese Porto or French Montpellier.

Since going from west to east is less tiring because of the sun, you will still return to Barcelona, which will also be easy to fly from.

As for the season, it is worth going here at the end of summer and September. It is not so cold high in the mountains, although it will still be hot in the lower reaches. Starting from October, there may be frosts in the mountains, as in May, when the air is not warm enough. This weather is for trained tourists with the appropriate equipment.

It is also important to know that trekking in Spain is not suitable for lazy tourists. There are not many places along the route where you can drive a car to make radial hikes, and there are no highly comfortable hotels. Only tents, sleeping bags, sleeping mats and gas burners.

The sun in the Pyrenees, as elsewhere in southern Europe, is merciless. Due to the constant wind (because of the proximity to the Atlantic), you will not even notice how you get sunburn, which will put you in a bad mood. So, do not forget about protective cream and glasses. You should also have a lot of different clothes too. In the mountains, you simply need thermal underwear and solid waterproof clothing and shoes, while in the valleys, you can just put on shorts, a T-shirt and sneakers. Due to frequent rains, the soles of the shoes must be non-slip. 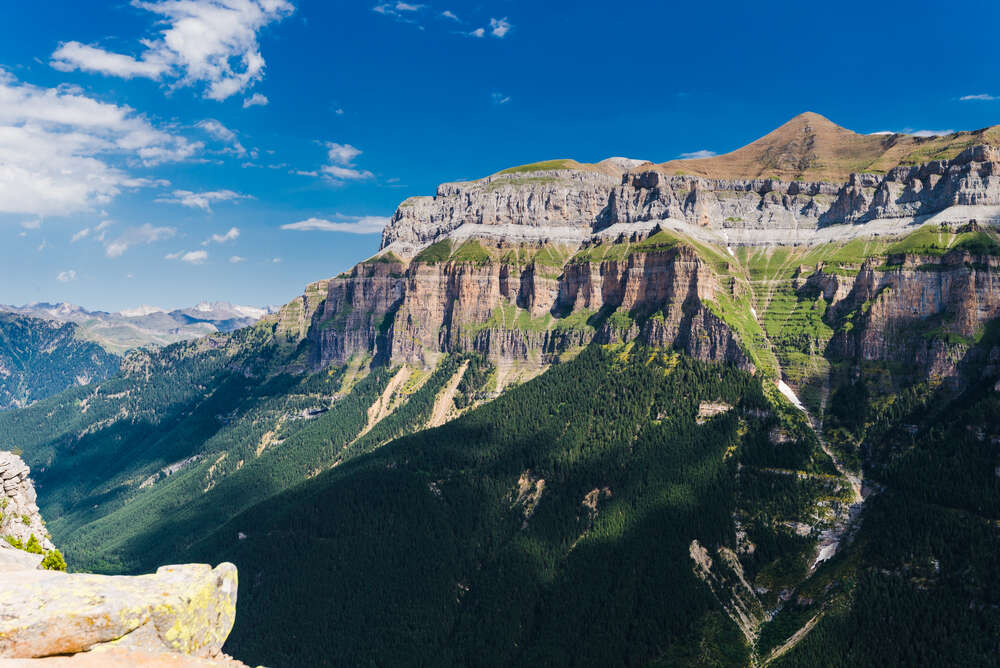 Well, and most importantly: the Spanish Pyrenees are not about a lazy vacation on the beach, these are not urban tours to Bilbao or Barcelona. This is primarily about the beautiful, concentrated in one place nature with the border of the mountain, Atlantic and Mediterranean climates. This is about inaccessible and steep rocky massifs, which are replaced by alpine meadows like those in Swiss Alps or Carpathians, fast rivers and deep gorges. This is about monasteries that remember, if not the path of Jacob himself, then hundreds of millions of pilgrims who rushed here from the 9th century, when the relics of the disciple of Christ were found and reburied. About the basilicas that remember the passions of the Templars and other medieval knights... This is about the Spain that we imagine from the works of Cervantes or Paulo Coelho. The Diary of a Magician by Paulo Coelho has made the Santiago walking route truly iconic since 1987. The famous Brazilian writer personally walked the route and simply made the army of his readers fall in love with it.

➱ Vacation on the island of Java

➱ Penguins And Easter Island: Things To See In Chile

➱ The Most Incredible Hairpinned Roads On The Planet