What countries you should start your acquaintance with Africa with

The Dark Continent both attracts and frightens travelers. On the one hand, you can see untouched nature, exotic animals in their natural habitat, tribes that have not changed their way of life for hundreds of years. On the other hand, there are frequent military conflicts, social inequality, diseases, and poorly developed tourist infrastructure. But the "one-size-fits-all" model does not apply to all 54 African countries, among them, there are safe, secure states where foreign guests are always welcome.

It should be said right away that this list does not include Egypt, Morocco and Tunisia. Although geographically they are located in Africa, in terms of color and culture, they are closer to the Arab East.

It is not only the southernmost but also the most economically prosperous country on the continent. South Africa has a well-developed tourist infrastructure, there are hotels for every taste and budget, cafes and restaurants, in general, everything for a comfortable stay without unnecessary hardships. Most of South Africa does not have the malaria mosquito, so you can do without the appropriate pills and vaccinations. It is also one of the few African countries, in which a foreigner can travel independently, and not as part of an organized group. 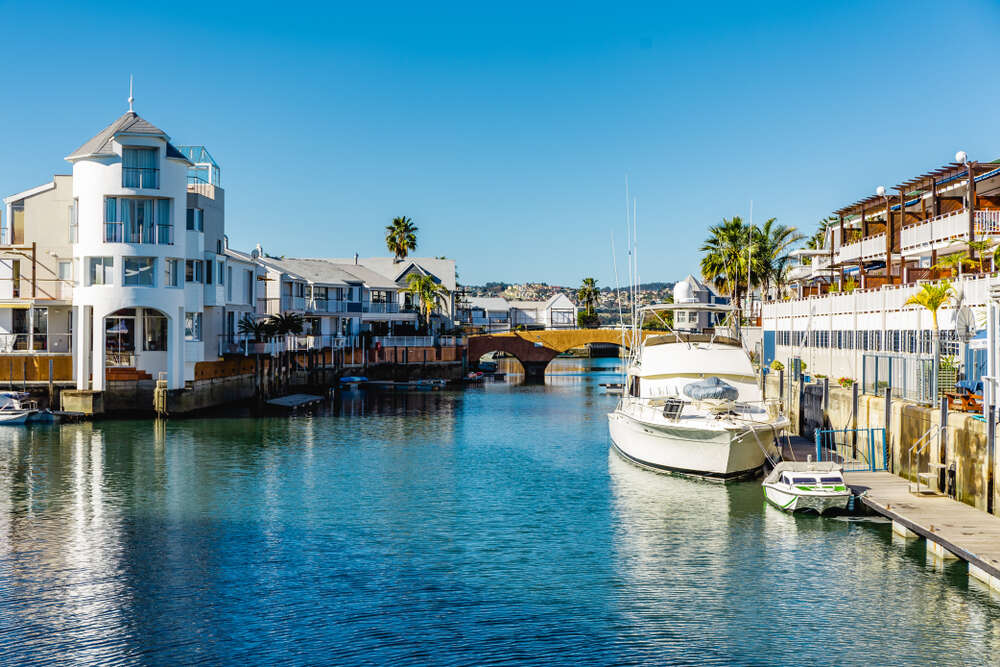 It is worth starting your acquaintance with the Republic of South Africa from Cape Town, it's capital. This is a modern metropolis with skyscrapers, trendy shops, hipster cafes, and other benefits of civilization. It is from Cape Town that excursions to Table Mountain and the Cape of Good Hope, the southernmost point of the continent, go. In the west of the capital, you can taste real African wine right at the wineries, and in the vicinity, there are many private reserves with wild animals. 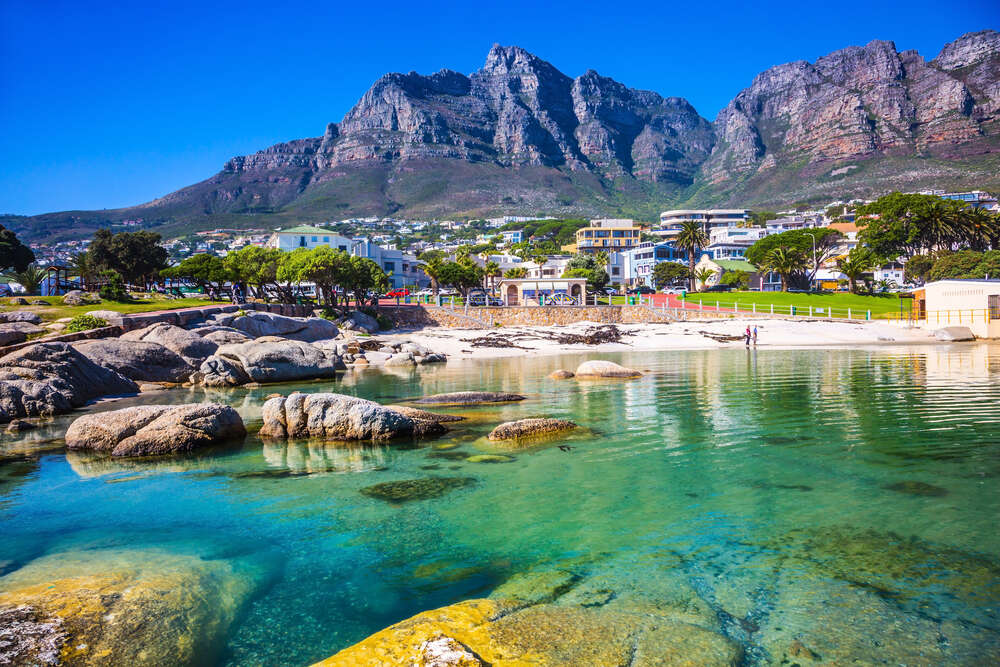 Also in the homeland of Elon Musk (an inventor, philanthropist, and billionaire born in Pretoria, South Africa), you can watch whales, they swim to the coast of the country in winter. For an exhilarating gasp of the power of nature and a super-spectacular selfie, head to Victoria Falls.

Kenya has two visiting cards - Maasai and Kilimanjaro. And, of course, the wild nature, which manifests itself in all its unafraid strength here. Kenya is crossed by the Great Migration Route, when thousands of elephants, rhinos, buffaloes, antelopes, and other animals rush to new pastures. Migration takes place from July to October; it is best observed in the Maasai Mara National Reserve.

The most spectacular photos of African animals against the backdrop of Mount Kilimanjaro are obtained in Amboseli National Park or Tsavo East National Park. The mountain itself can be climbed in neighboring Tanzania.

Nairobi, the country's capital, is also noteworthy. Sparkling skyscrapers and business centers destroy stereotypes about "wild and poor Africa", the national museum allows you to learn more about the European colonization of the continent. If you have read the novel "Out of Africa", then in Nairobi, you may be interested in the house-museum of the writer Karen Blixen, who it was penned by. 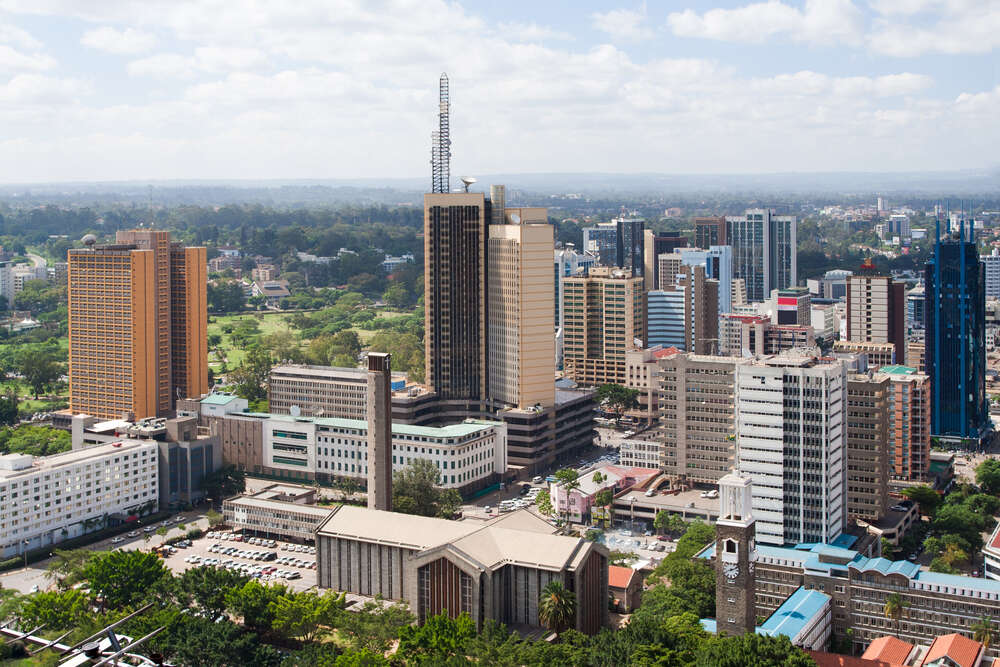 The shores of Lake Nakuru in the center of the country are painted in hot pink, as up to a million pink flamingos gather here. You can not only look at the water but also go scuba diving in the Malindi Marine Park. From January to March, the visibility underwater exceeds 20 meters, which allows you to observe octopuses, turtles, rays, and other marine life in their natural environment. 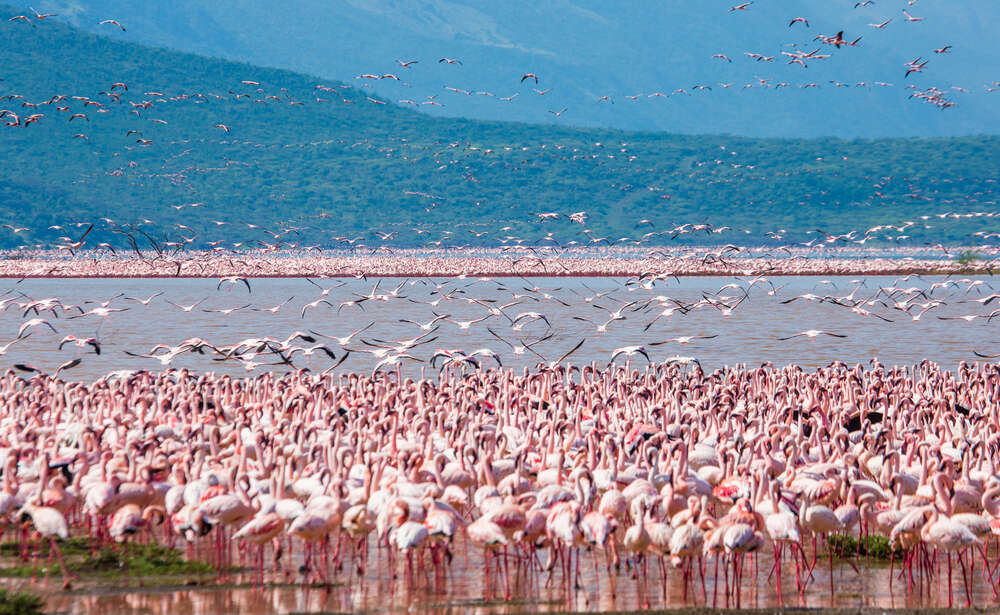 The homeland of Freddie Mercury is mountains, resorts, national parks, and tribes. Like Kenya, the Great Migration passes through Tanzania, but the country also has its own unique peculiarities. 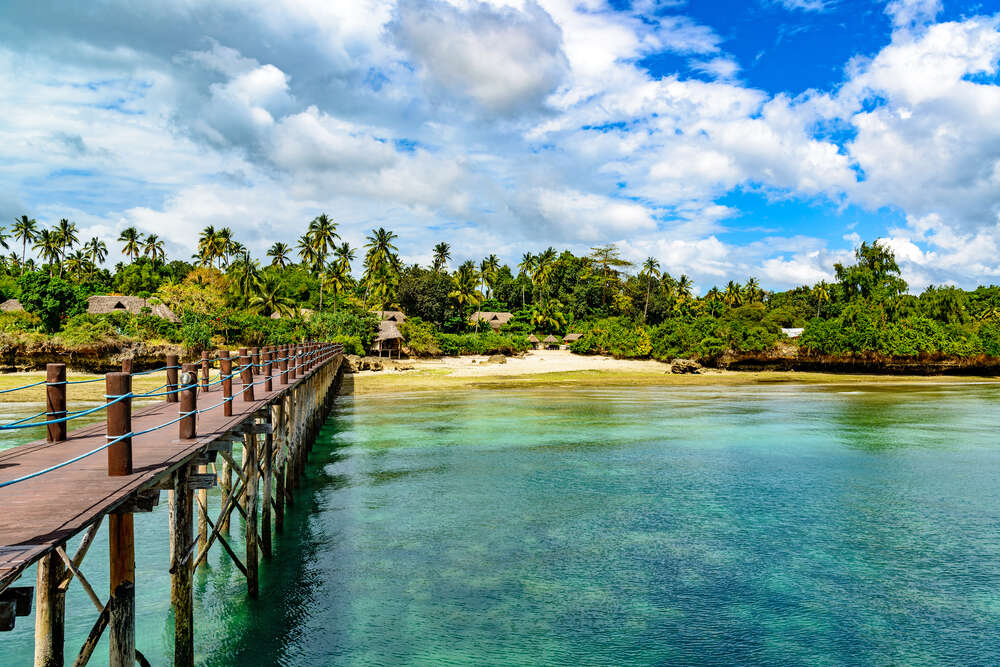 In Tanzania, the curious tourist has the opportunity to look into the crater of the majestic Kilimanjaro volcano. Please note that the ascent is very difficult, and you cannot count on comfort here. There is no tourist infrastructure on the track, everything you need, from a kettle and food to a tent and a bed, will be carried by your escorts from local residents. 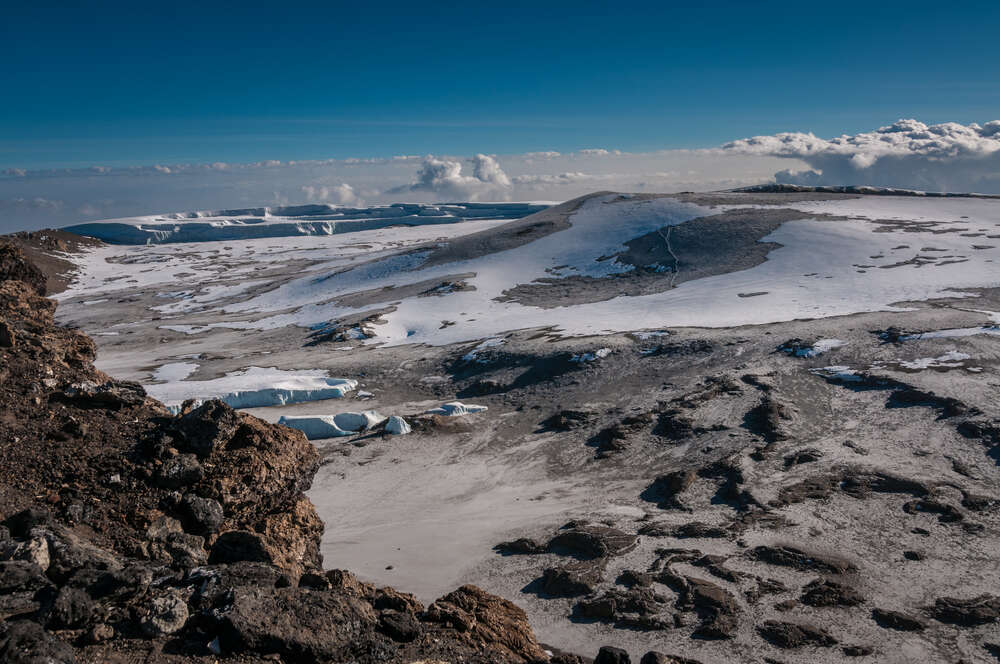 The most famous resort in Tanzania is Zanzibar. The spices that have been grown on it since the time of the colonialists can be seen and tasted, if you go to one of the plantations. The beaches of Zanzibar are famous for their scenic beauty and well-developed infrastructure. If you want to see wild animals, go to Serengeti Park. 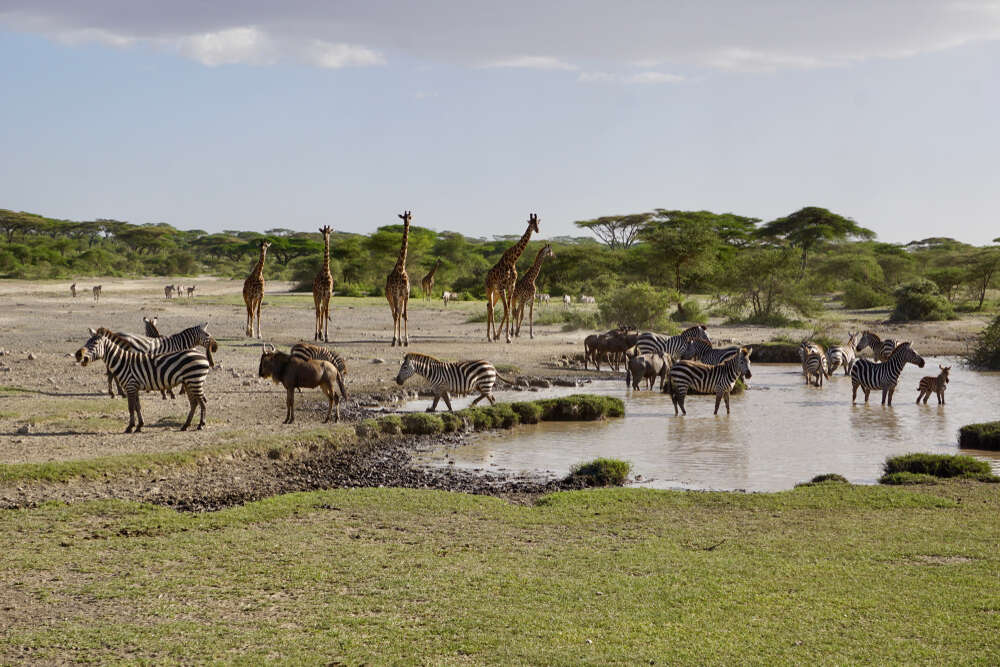 The biosphere reserve with the complex name Ngorongoro Conservation Area is home to about 25 thousand different animals, including zebras, flamingos, antelopes. It also has the largest concentration of carnivorous animals on Earth, so there is a great chance to see lions, hyenas, and crocodiles on safari.

Namibia is attractive to tourists not only for its nature but also for its dry climate, which is why the country has an extremely low risk of contracting malaria or tropical fever. There are also original tribes here - the Bushmen, Herero, and Himba, whose life you will be introduced to during the excursion.

Dry and hot Namibia has many deserts and canyons. The world's highest sand dunes are located in the Namib Desert (from which the country got its name). And in one of the regions of the world's most ancient desert, dried branches of trees are pulling towards the sky. Dead and turned to stone by the sun, they are an eerie sight. 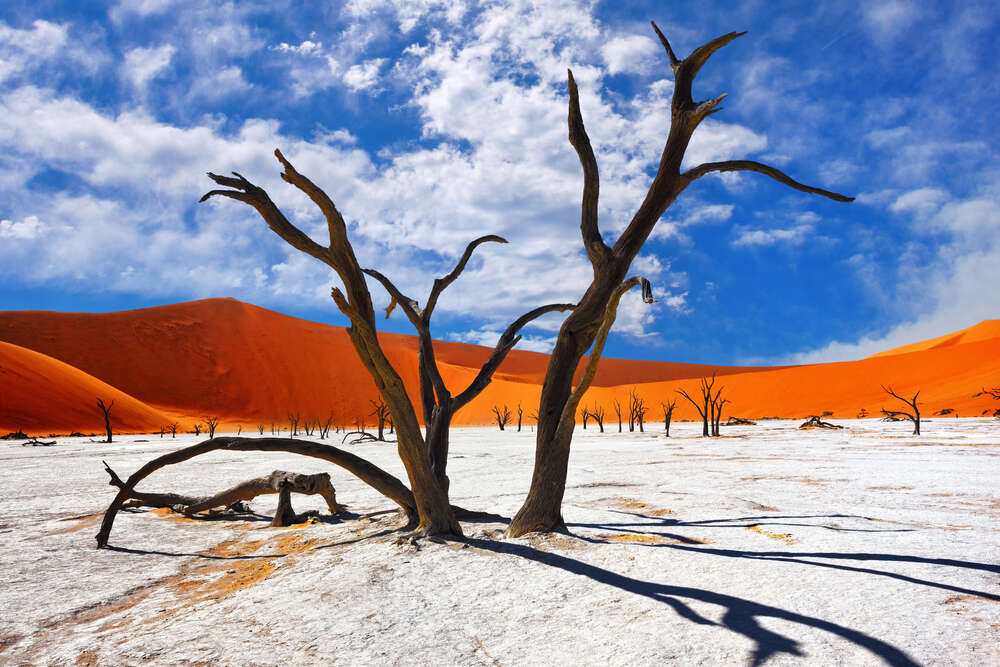 From the capital of Namibia, the city of Windhoek, to the popular resort of Swakopmund, you will be taken by a comfortable VIP train. It is so convenient to admire nature from its air-conditioned car. On the route, there are stops at the most interesting places from a tourist point of view. 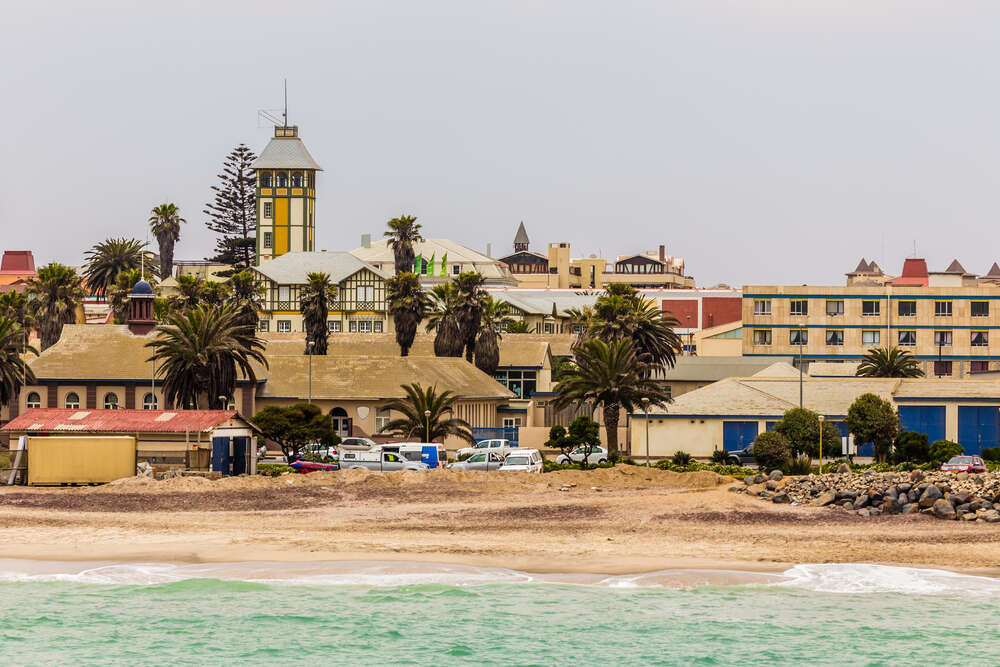 Also, there are two interesting historical sites in Namibia - the Skeleton Coast, littered with the wreckage of dead ships and the bones of their crews, and the impact site of Hoba, the largest meteorite in the history of the planet. The Fish River Canyon, which is also in Namibia, is exceeded in size only by the American Grand Canyon in size. 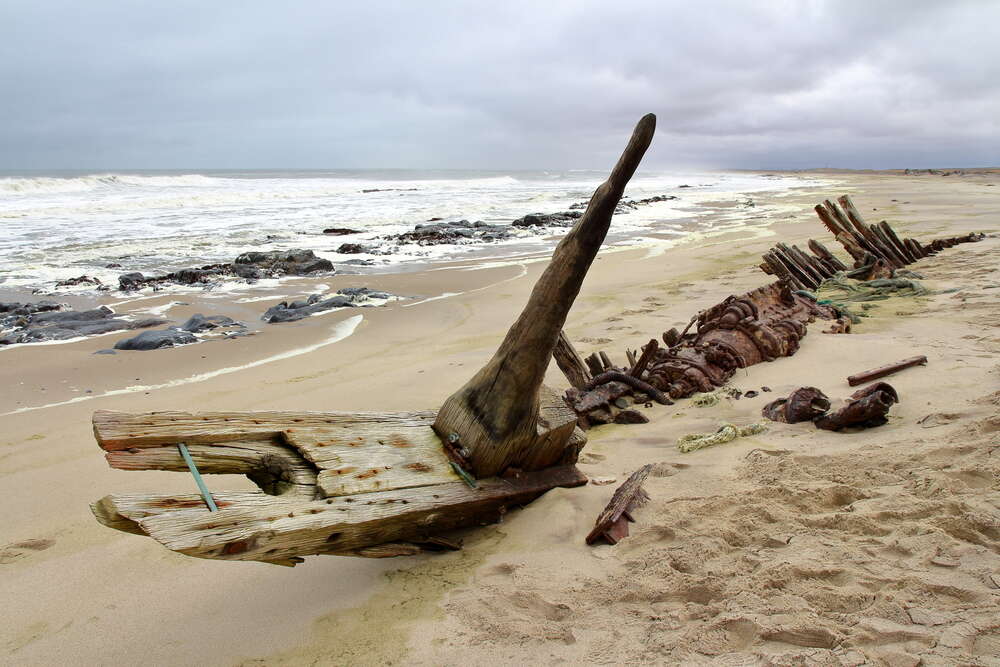 This country in western Africa is not as well-known as the previous ones, although it has been at the top of many world tourist safety ratings since 2008. The second huge plus for the guests of the country is that all its residents speak English. 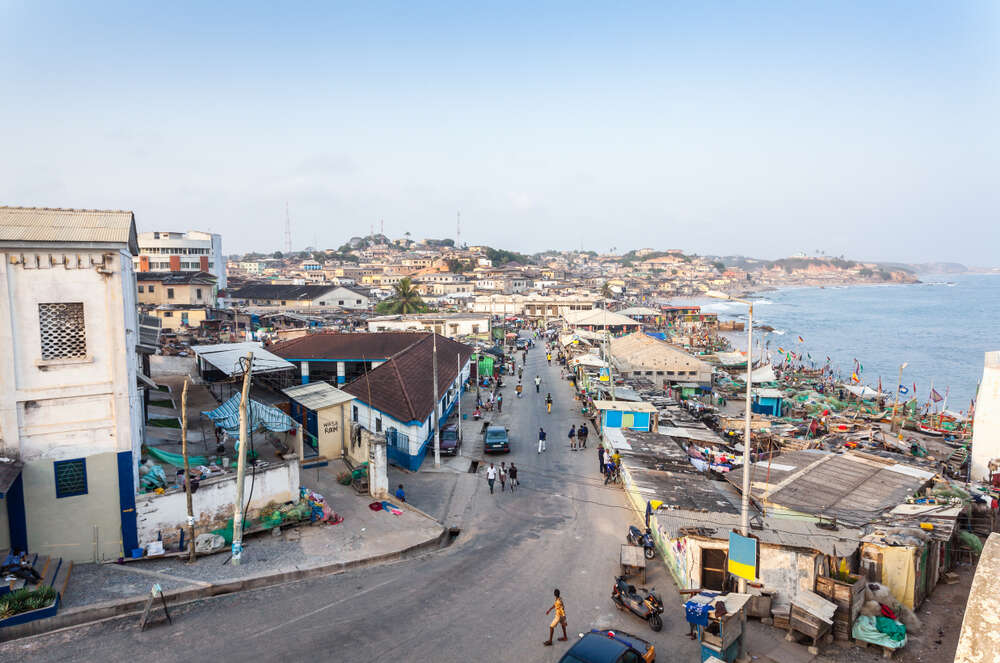 Ghana is one of the most urbanized countries on the continent, so you can enjoy not only the views of nature but also the architectural beauty. In the Memorial Park named after the first President Kwame Nkrumah, in the capital of Ghana, the eponymous mausoleum rises. In the city of Cape Coast, a Swedish stone fort, built almost 400 years ago, is perfectly preserved. The oldest European fortress in Africa is located in the town of Elmina, the Castelo de São Jorge da Mina was built in 1482. 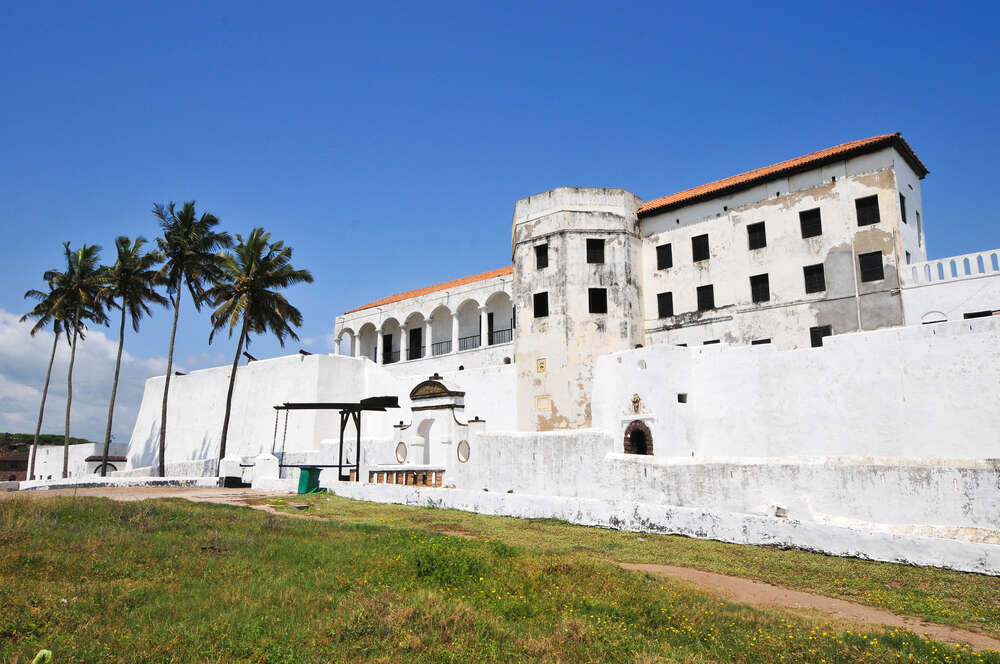 However, there is also plenty of wildlife in Ghana. You can test your nerves for strength by walking along the suspension bridges between the crowns of trees in the Kakum National Park. Look at virgin forests and bathing elephants - in the Bia National Park. Take a canoe ride on the water surface, on one of the world's largest reservoirs, Volta, or on Lake Bosumtwi, formed by a meteorite impact. The largest wildlife sanctuary in Ghana is the Mole National Park. 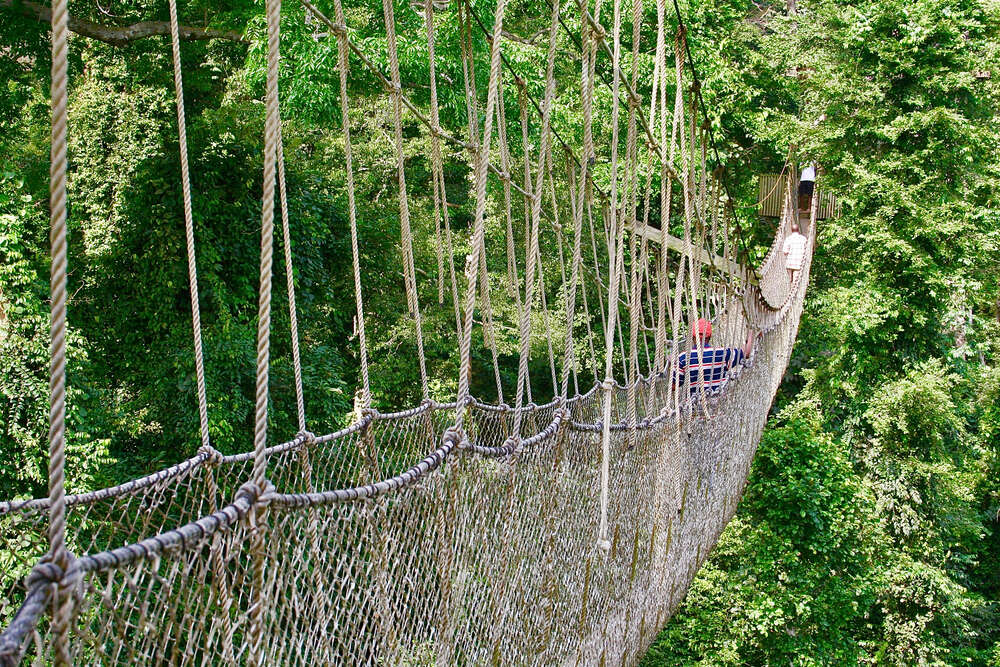 The country is famous for its eco-tourism and is perfect for those who want to minimize their impact on the environment even during their holidays. An unforgettable safari experience awaits you in the delta of the Okavango River, where you can see a herd of elephants within arm's reach. On the river itself, you can ride a mokoro, their traditional canoe. 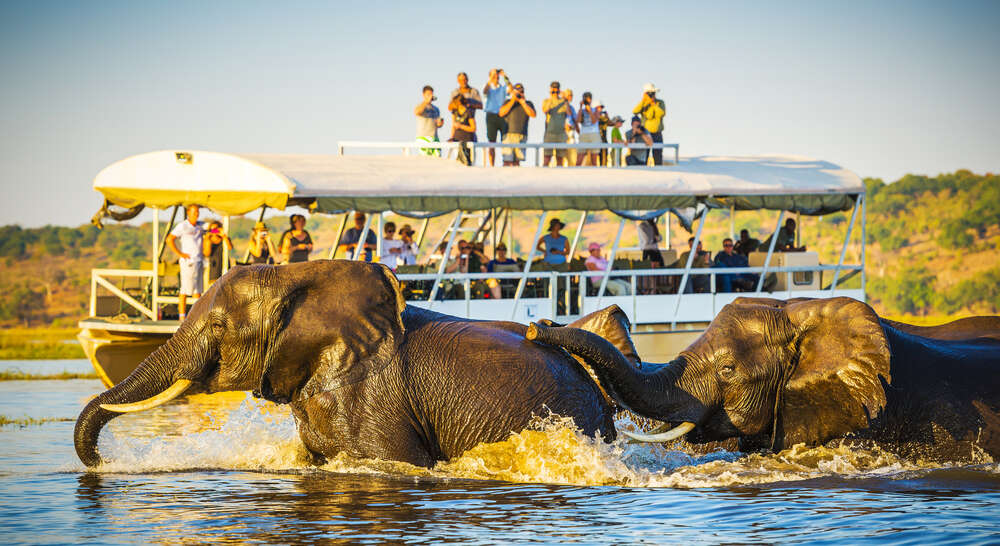 The Okavango River itself is so wide that there are entire islands on it, the largest of which is Chief's Island, which stretches for 70 kilometers. Once, only the heads of tribes could hunt here, but nowadays, the island has the largest concentration of animals in Botswana. And you can watch them right from the window, settling in one of the loggias. 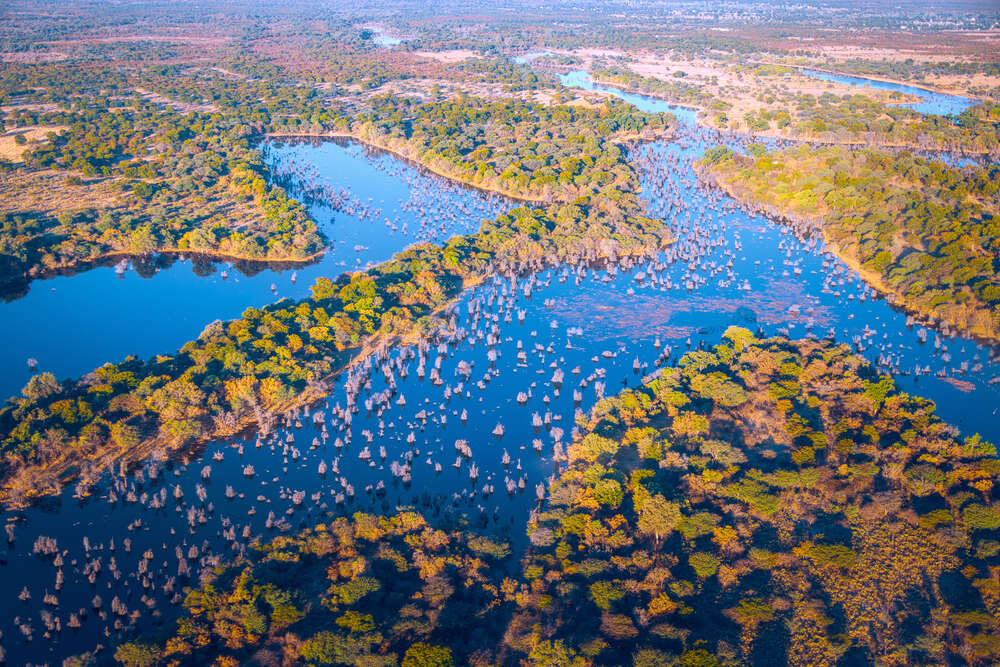 On the territory of Botswana there is the Kalahari Desert, in which the Bushmen and Tswana tribes live. Unlike many other African tribes, these peoples are very peaceful and always show their hospitality to tourists. 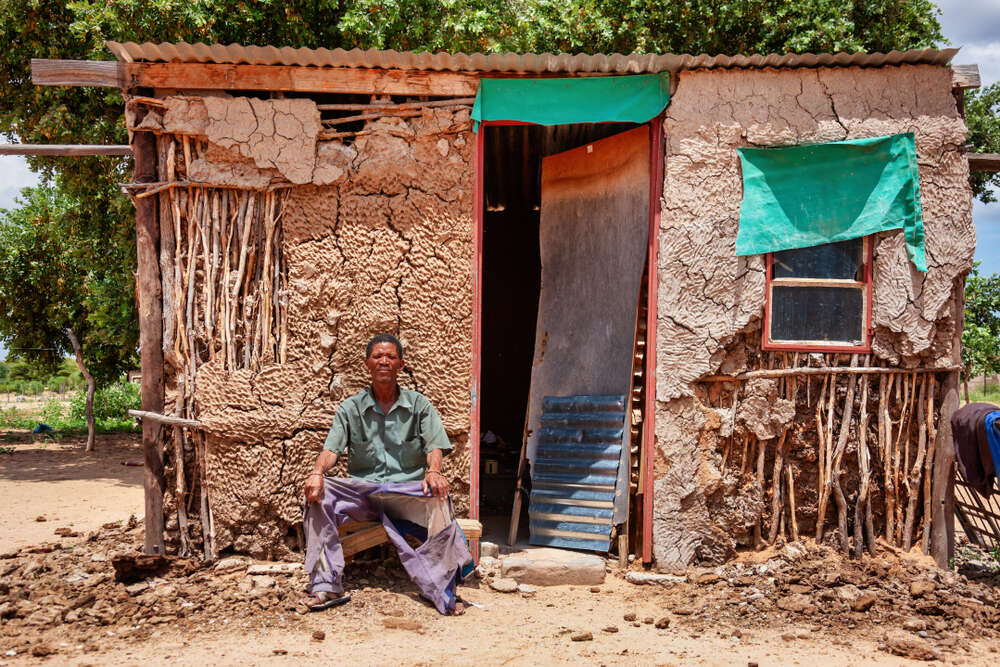 In the northern part of the country, there are Gcwihaba caves with huge stalactites. According to legends, during the time of the colonialists, the locals hid treasures in these caves, but they could not find them either a hundred years ago or in our time. 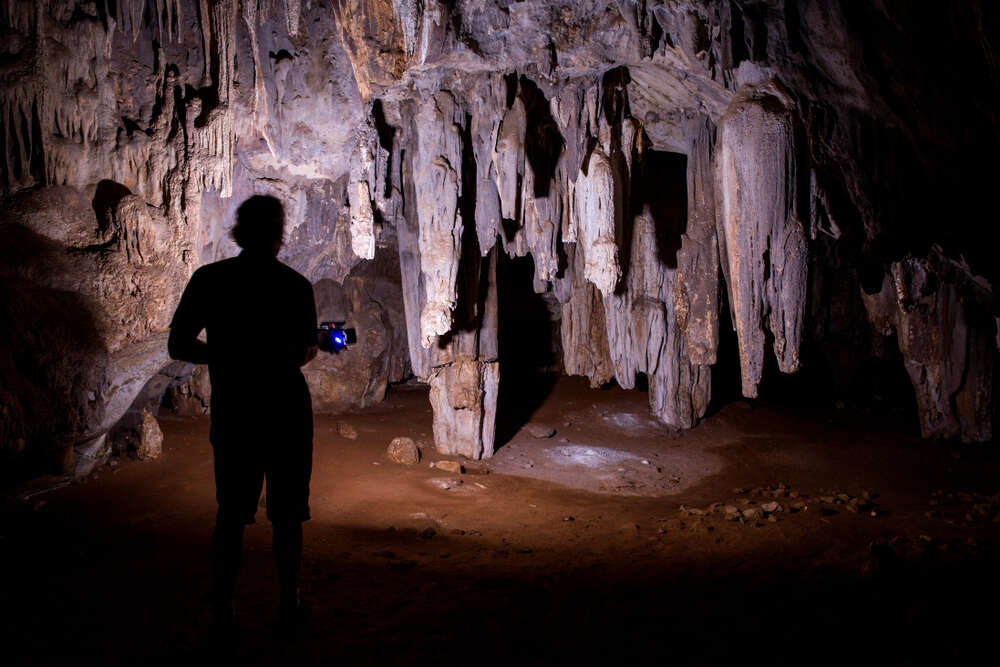 Mysterious and attractive Africa is not necessarily Spartan conditions, the risk of contracting malaria, a high crime rate, and other horror stories. This continent can be very hospitable, which is very easy to see if you choose the right country.