Throwing a car off a cliff: Alaska's brutal entertainment

Do you think that extreme entertainment is a privilege only for residents of large cities with developed infrastructure? Today, Travellizy Team will tell you how the residents of a small town in Alaska came up with a unique holiday entertainment. They throw cars off a 100 meter cliff! This unforgettable show is called Glacier View Car Launch.

Alaska is full of surprises

The development of Alaska as a tourist destination began just 60 years ago, when these lands joined the United States. Nature still reigns here, so do not expect all-inclusive service: sometimes there is nowhere to buy a cup of coffee during the many hours of travel from one city to another. People who live here consider entertainment to be primarily related to lifestyle: all kinds of outdoor sports, hunting, fishing, dog riding, flying on small planes. Therefore, be open to new experiences far from cities and comfort! 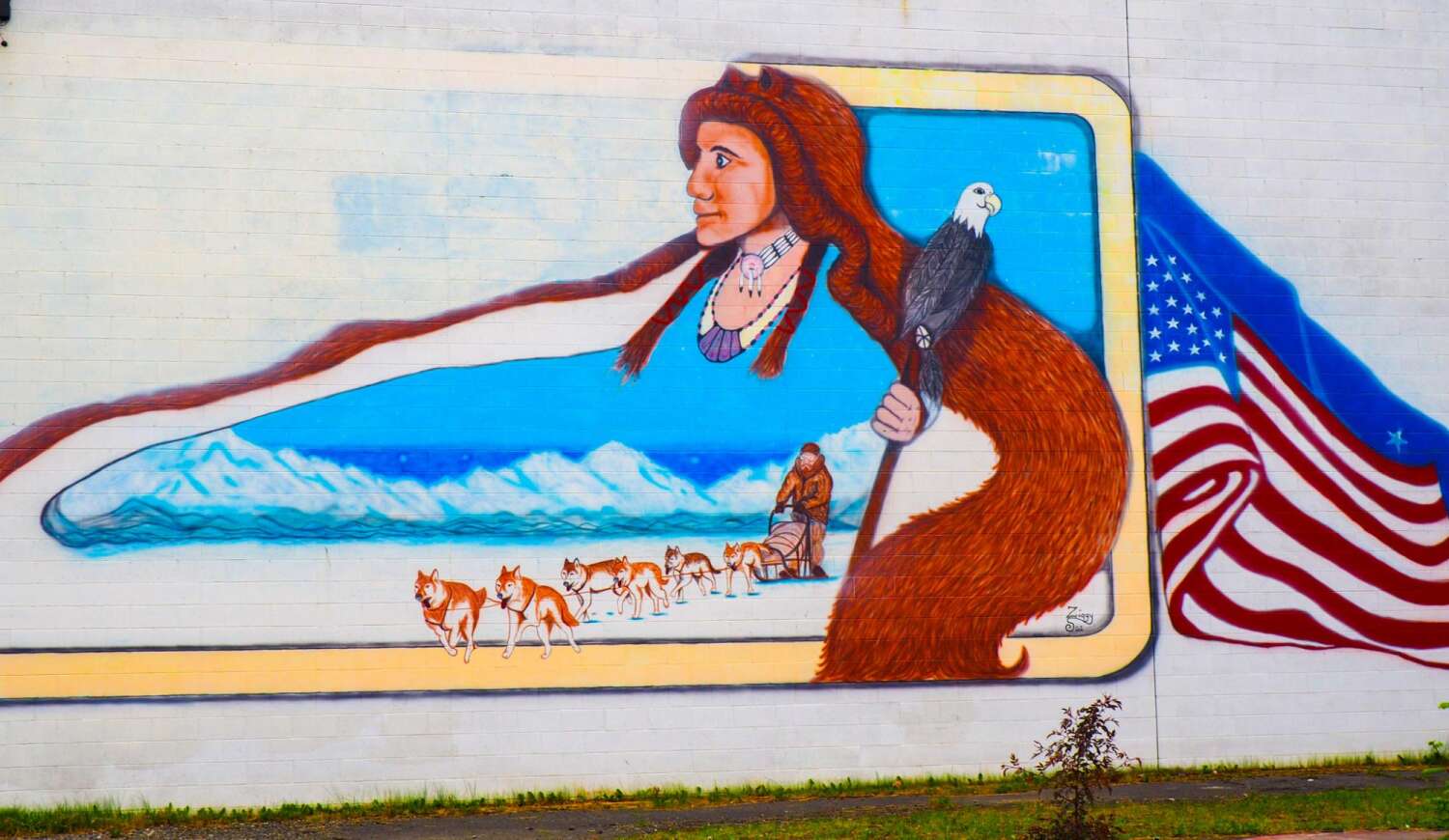 If you want to get to the town of Glacier View, you need to start your journey in Anchorage, the largest city in Alaska. Then drive two hours along the scenic Glenn Highway enjoying the relaxing traffic and views. The road will lead you to the valley where Matanuska Glacier has been waiting for its guests for thousands of years. It is huge and fascinates the imagination with many breathtaking views. But don't think that walking on a glacier is just a pleasant activity: you will need an experienced guide who knows exactly where it is safe to walk and where crevices or landslides occur. Matanuska Glacier is known for being the largest glacier in the United States that can be reached by car. 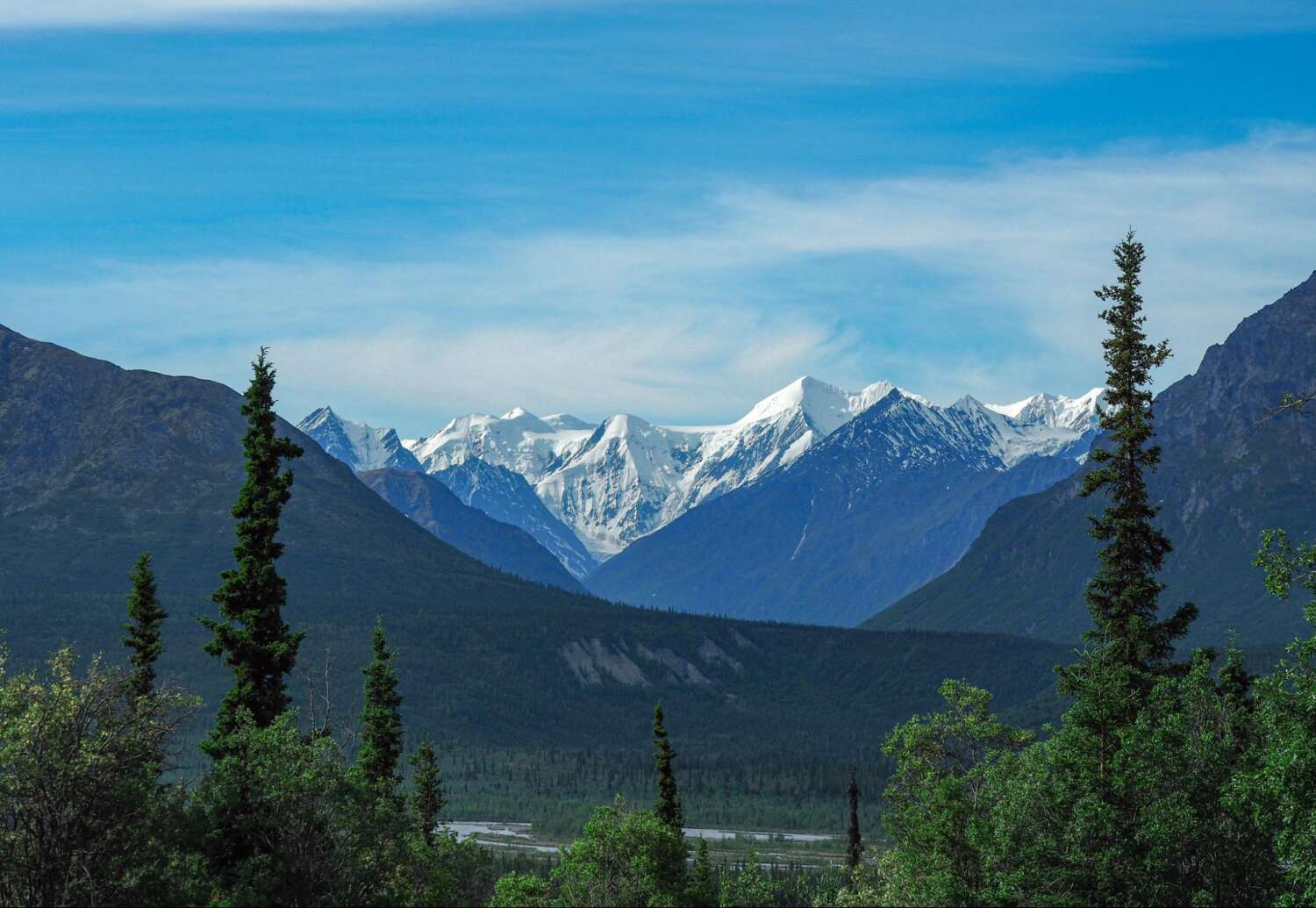 Rivers in Alaska are very often seasonal: glaciers melt during the warmer months, creating shallow but fast streams. Do not think that these waters are super-clean and clear: the water lifts the clay, washing away soil and soil particles. In such water, you will not find the legendary noble fish that Alaska is famous for. 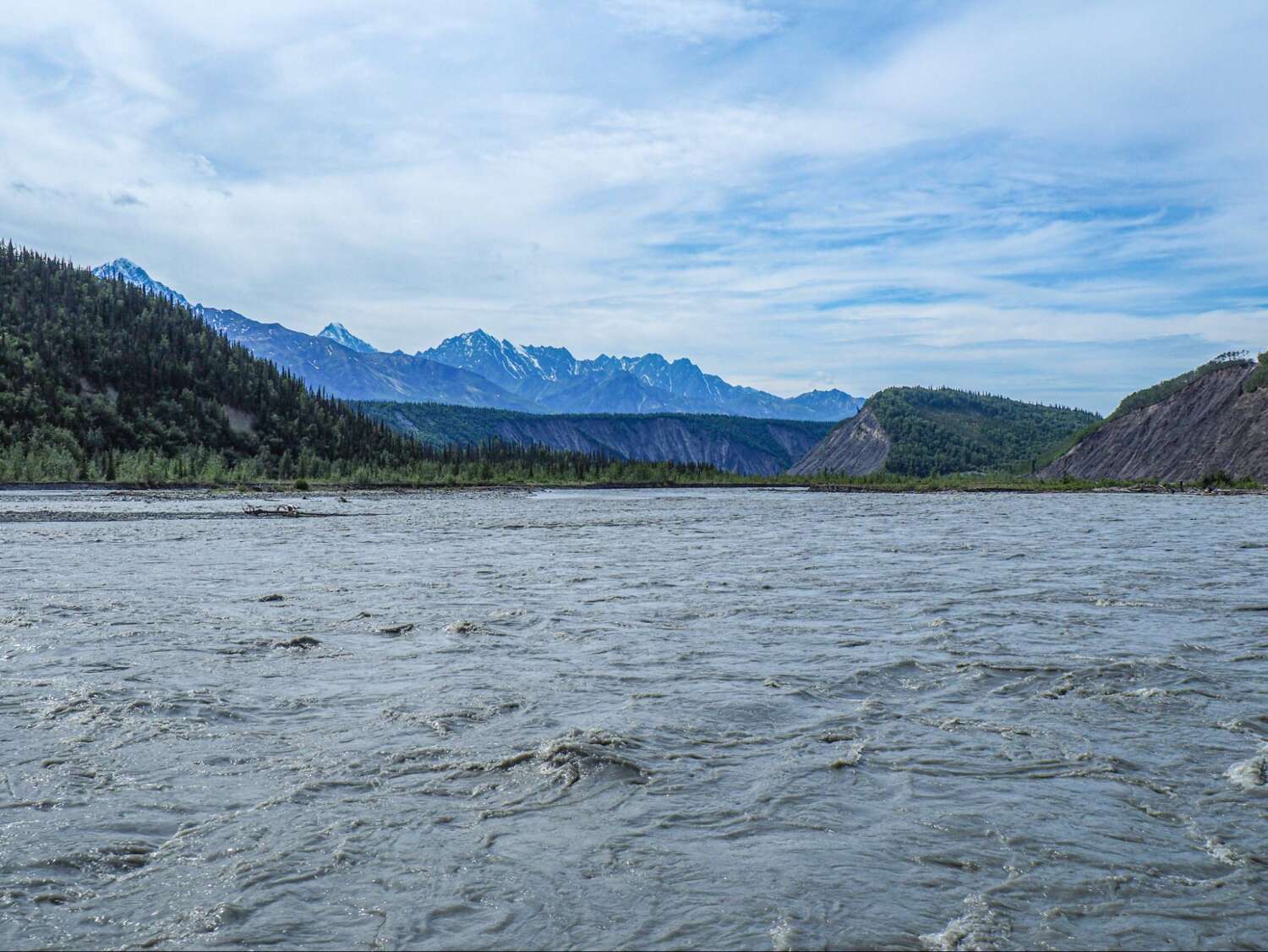 July 4 is the Independence Day in the United States. It is both a national and a public holiday. Millions of families across the country and beyond gather with friends and family to celebrate the birthday of the United States. In some cities, patriotic parades are held. Alaska is no exception, and Glacier View in this regard can teach many how to unite the townspeople in a single patriotic impulse, even if it is a curious one. In the morning, the townspeople gather to greet each other, the mayor, the sheriff and all comers. The parade opens with the performance of the national anthem. At this time, you are supposed to stand and hold your hand on your heart. 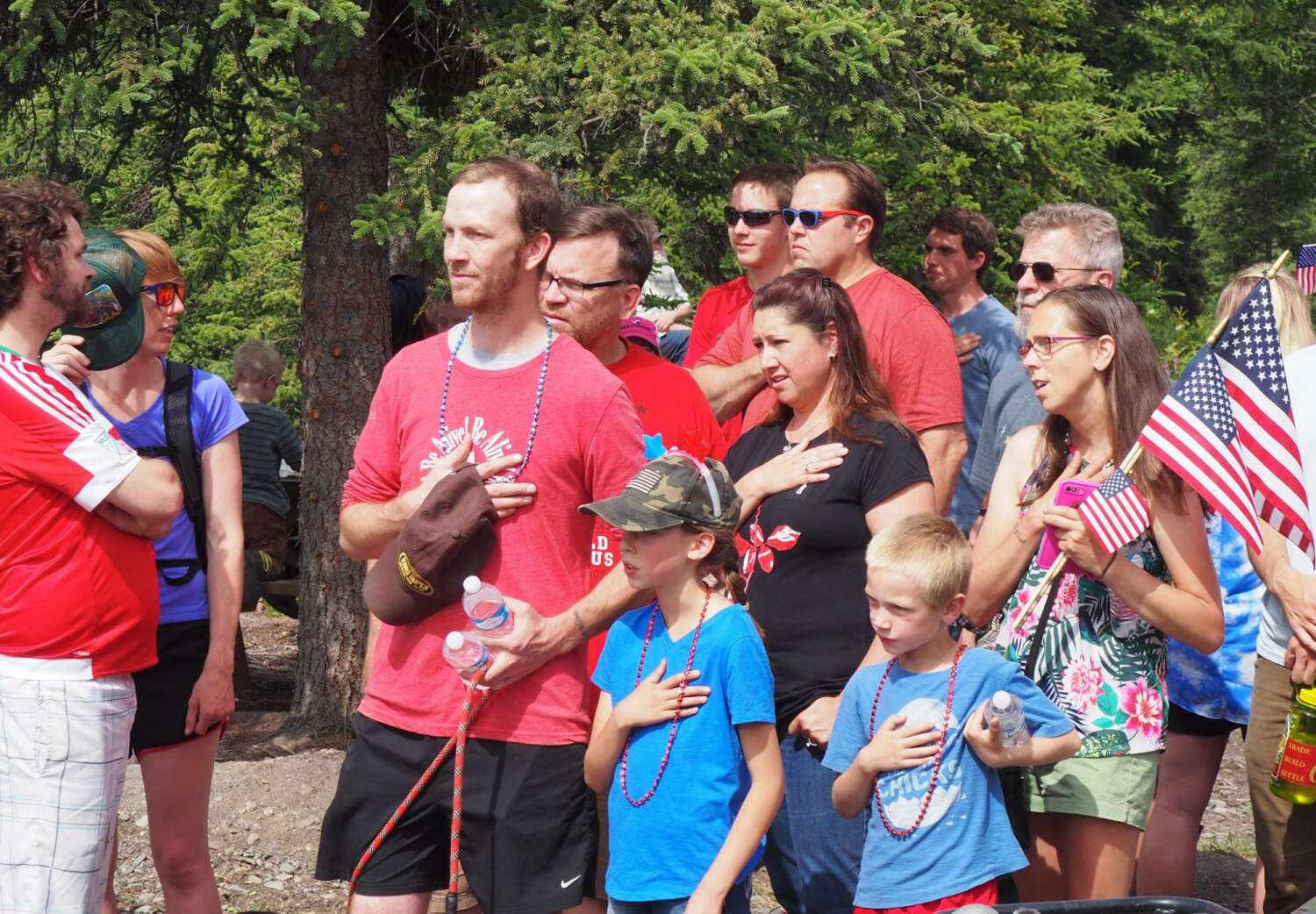 The population of the town is less than 300 people, but it seems that their enthusiasm will be enough for the entire state! People dress for the parade in the colors of the national flag. The honor of singing the anthem always goes to the most important local residents. In Glacier View, the holiday concert necessarily includes popular country songs. 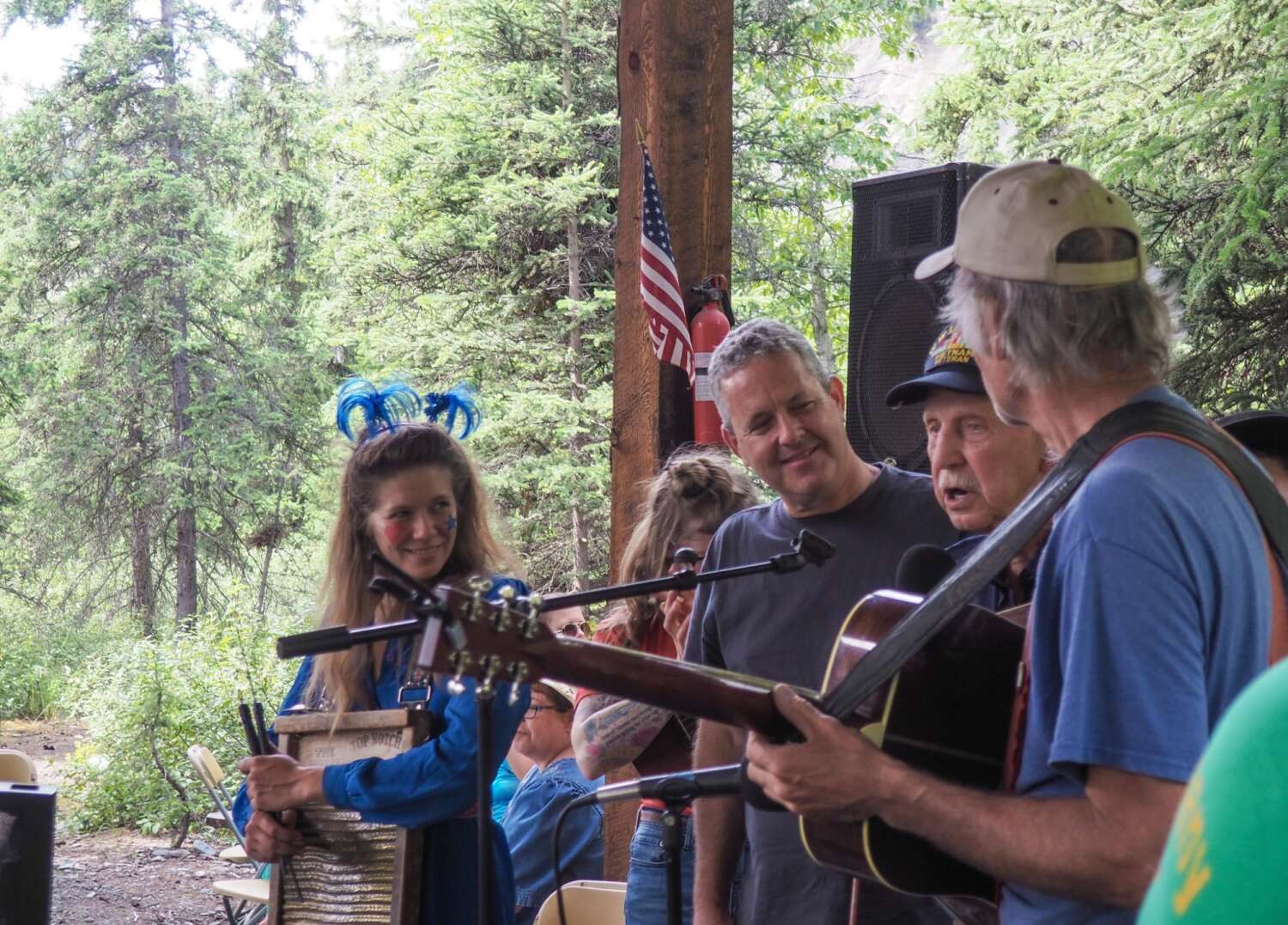 A parade of ordinary cars

The parade here is not intended to amaze the imagination with the amount of money spent on expensive decorations for platforms and participants. Basically, in the half hour that the event lasts, you can see the most ordinary cars designed for everyday movement in an area covered with snow for most of the year. 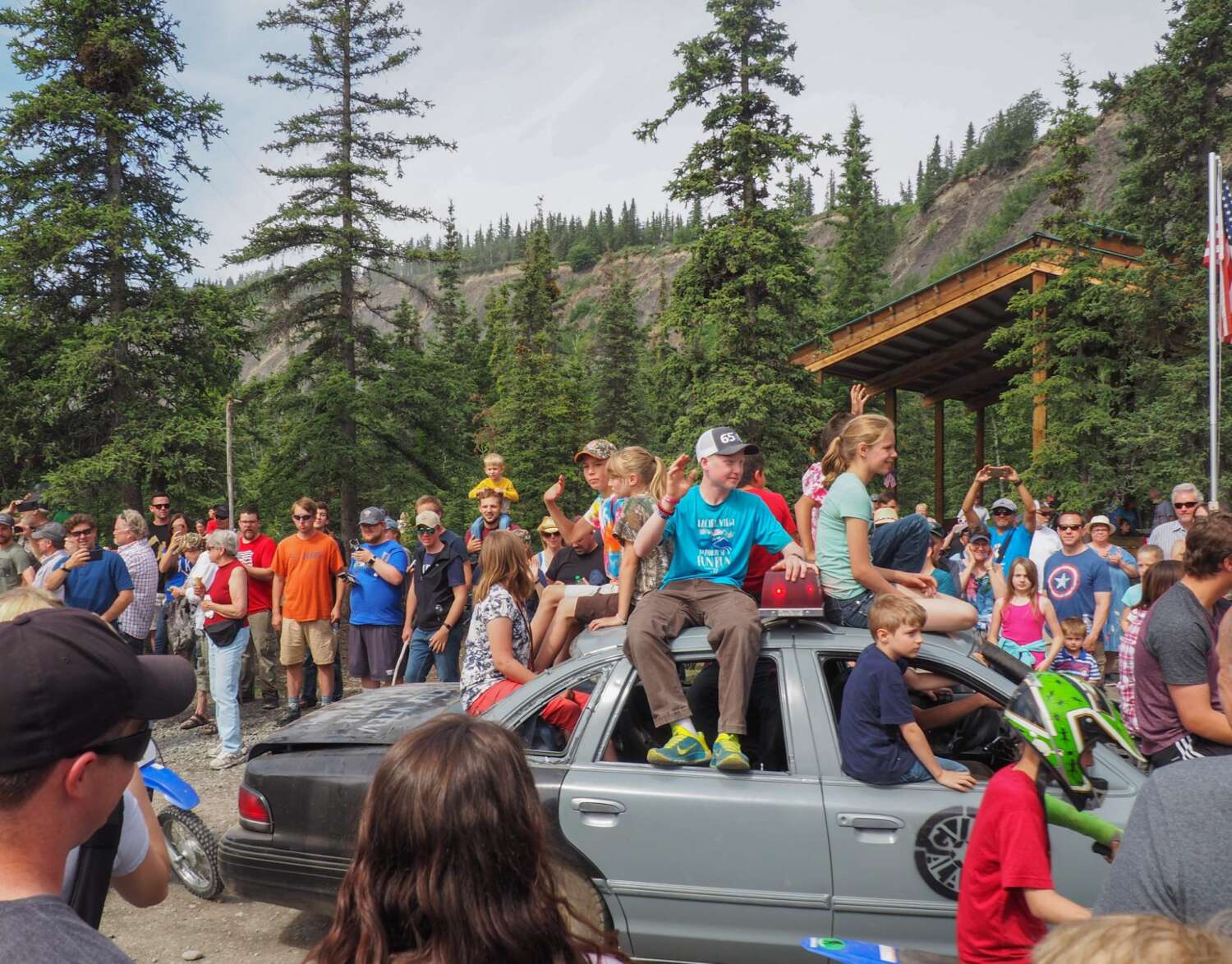 The host of the parade announces every car that appears, then the family, which is greeted with joy by friends and acquaintances. Sweets are thrown from cars into the crowd, as it should be during parades. Tellingly, the police do not pay attention to violations of traffic safety rules, even if there are ten-year-olds driving a motorcycle in the middle of the crowd. Alaska teaches its children to be independent since childhood. 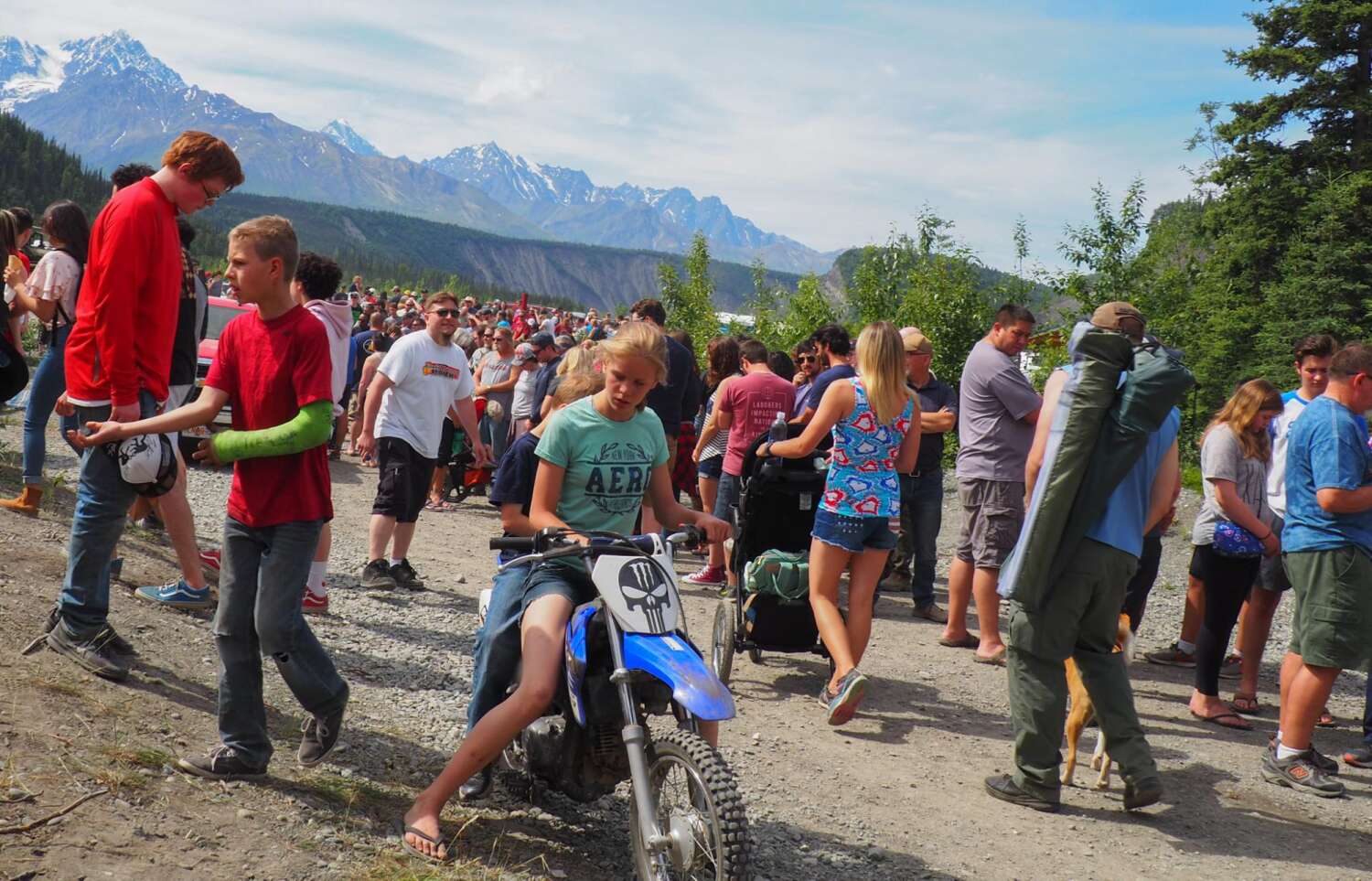 Despite the holiday, people are dressed very simply. In addition, it is just a dirt road: in dry weather, it is very dusty, and in rainy weather, there is mud everywhere. Therefore, it is better not to go overdo with the appearance, and to come in clothes, which are comfortable for you. 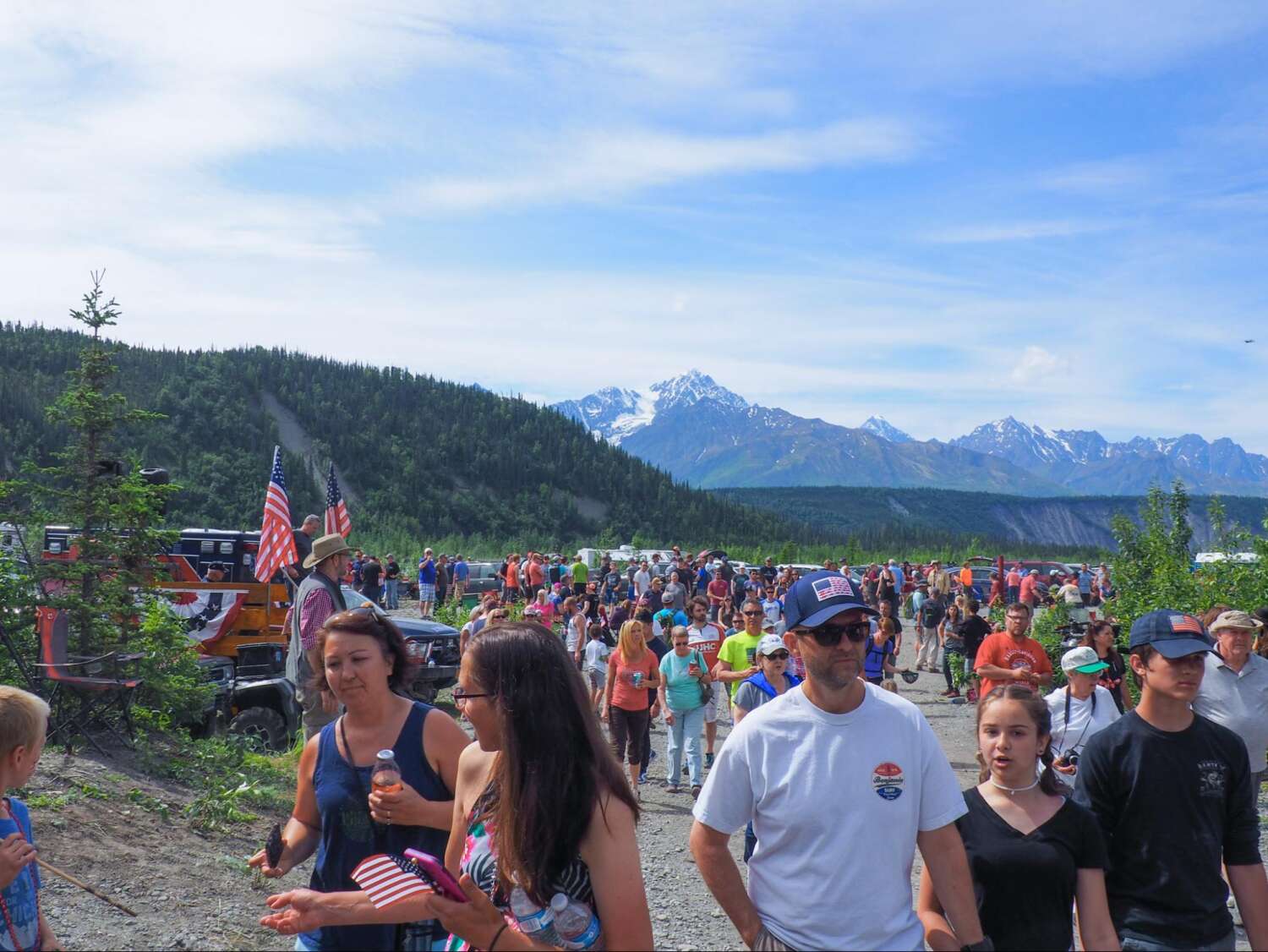 Sometimes the appearance of the participants is really quite shabby or ridiculous. But do not mock the residents of Alaska: this is an extremely traditional state where open carrying of weapons is allowed. Therefore, it is better to leave your comments to yourself, even if it is not easy to keep a smile at the sight of binoculars tucked into underpants. 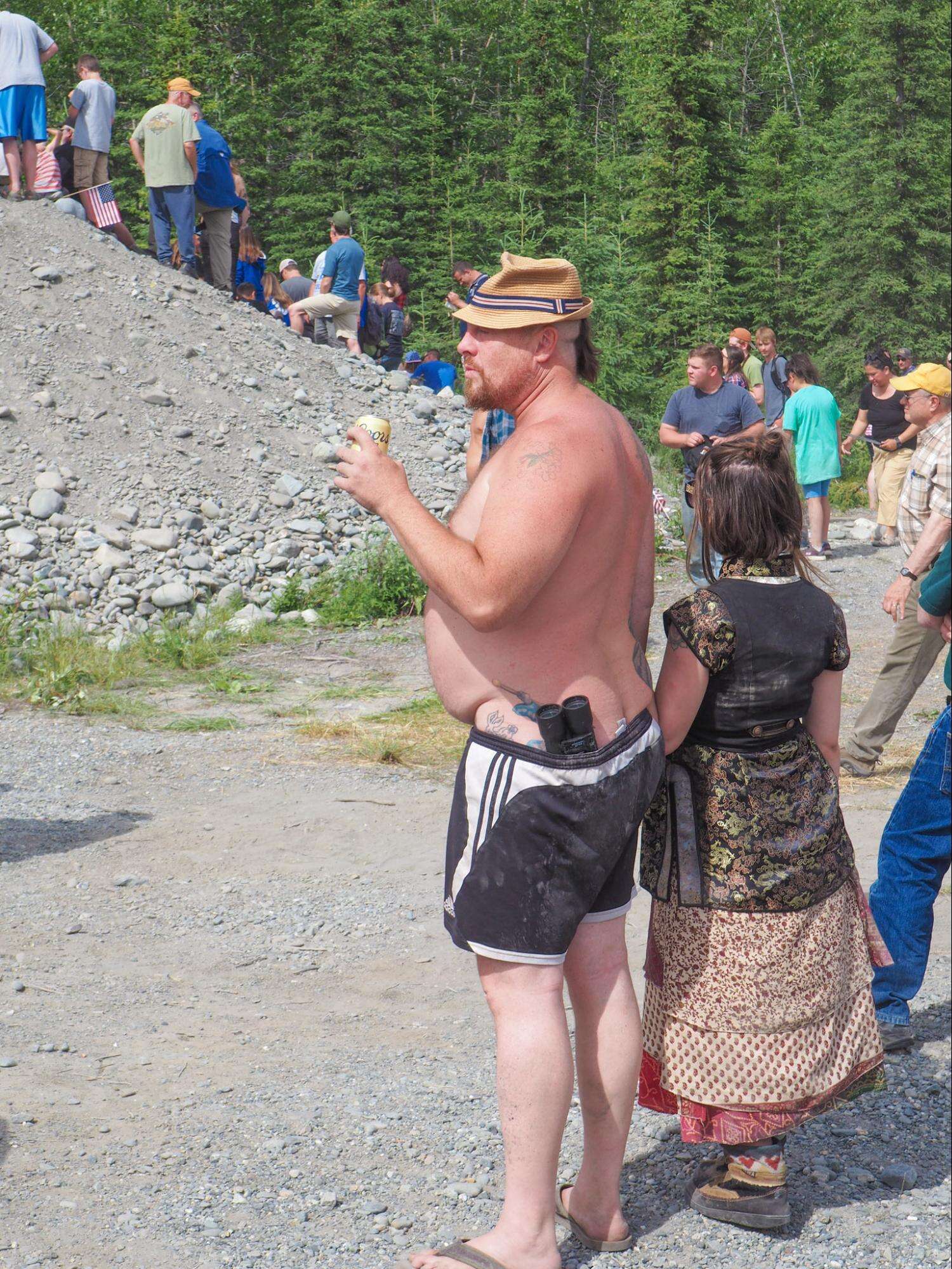 Every mass event in the United States always comes with food. There are even specialties that can only be tasted at festivals and fairs. Great appetite is always worked up in the open air, so the organizers of Glacier View Car Launch wisely include a modest but hearty set lunch in the ticket price. It is served between the parade and the car launch show. The show doesn't start until the long line of people dispersed and refreshed. There are very few tables and not enough for everyone, so people mostly eat while standing. Although beautiful cliffs, glaciers or a wide river can be seen almost everywhere, some people eat their food overlooking the toilets. 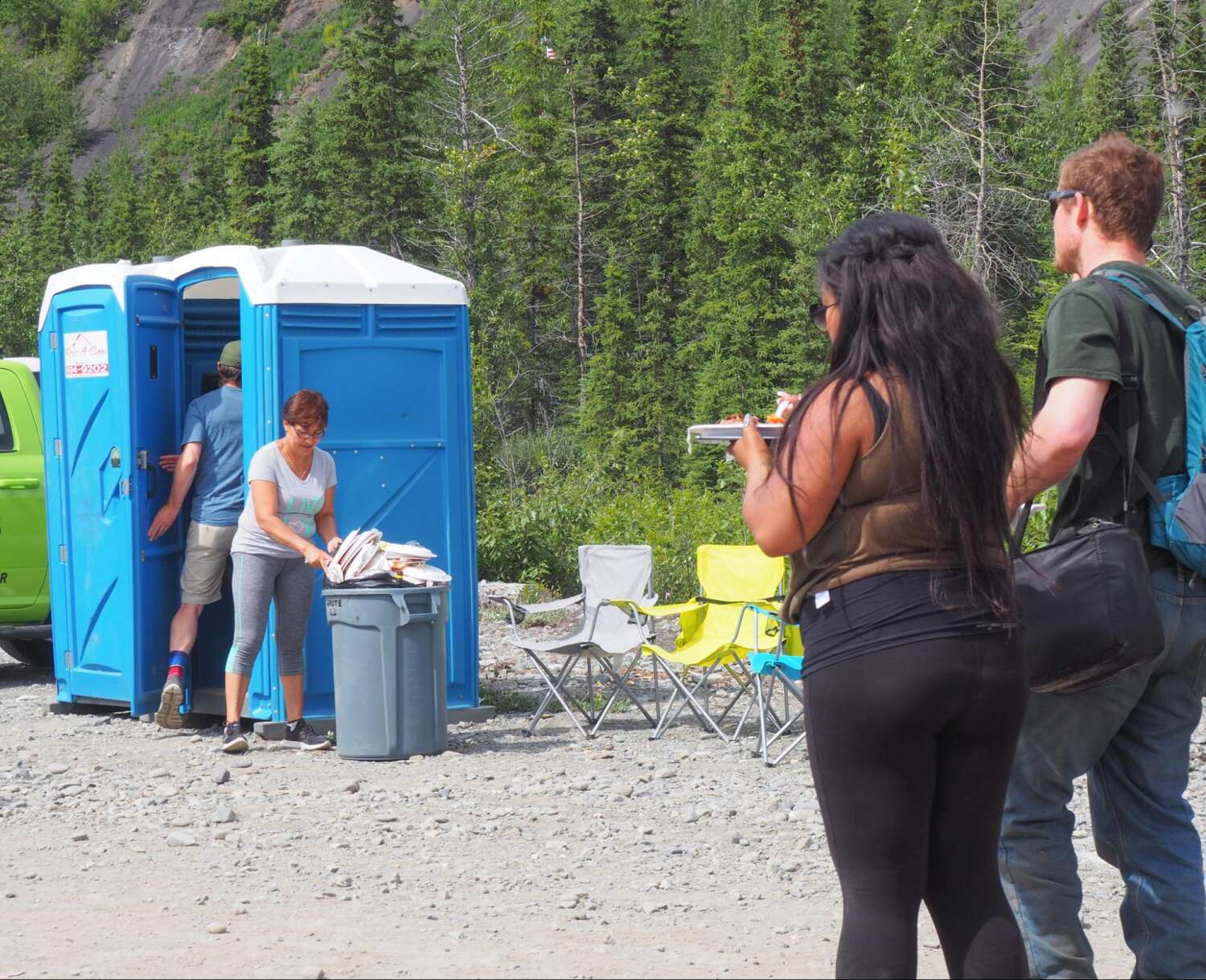 And, of course, you can buy here one of the most beloved American dishes: hot pizza. The price for it will be higher than in a restaurant. But when you travel around Alaska, always be prepared to pay a high price: these are uninhabited lands with extremely poor infrastructure. Therefore, $ 25 for a pizza warmed out of a box in the middle of forests and glaciers is not so much, and there will always be buyers. 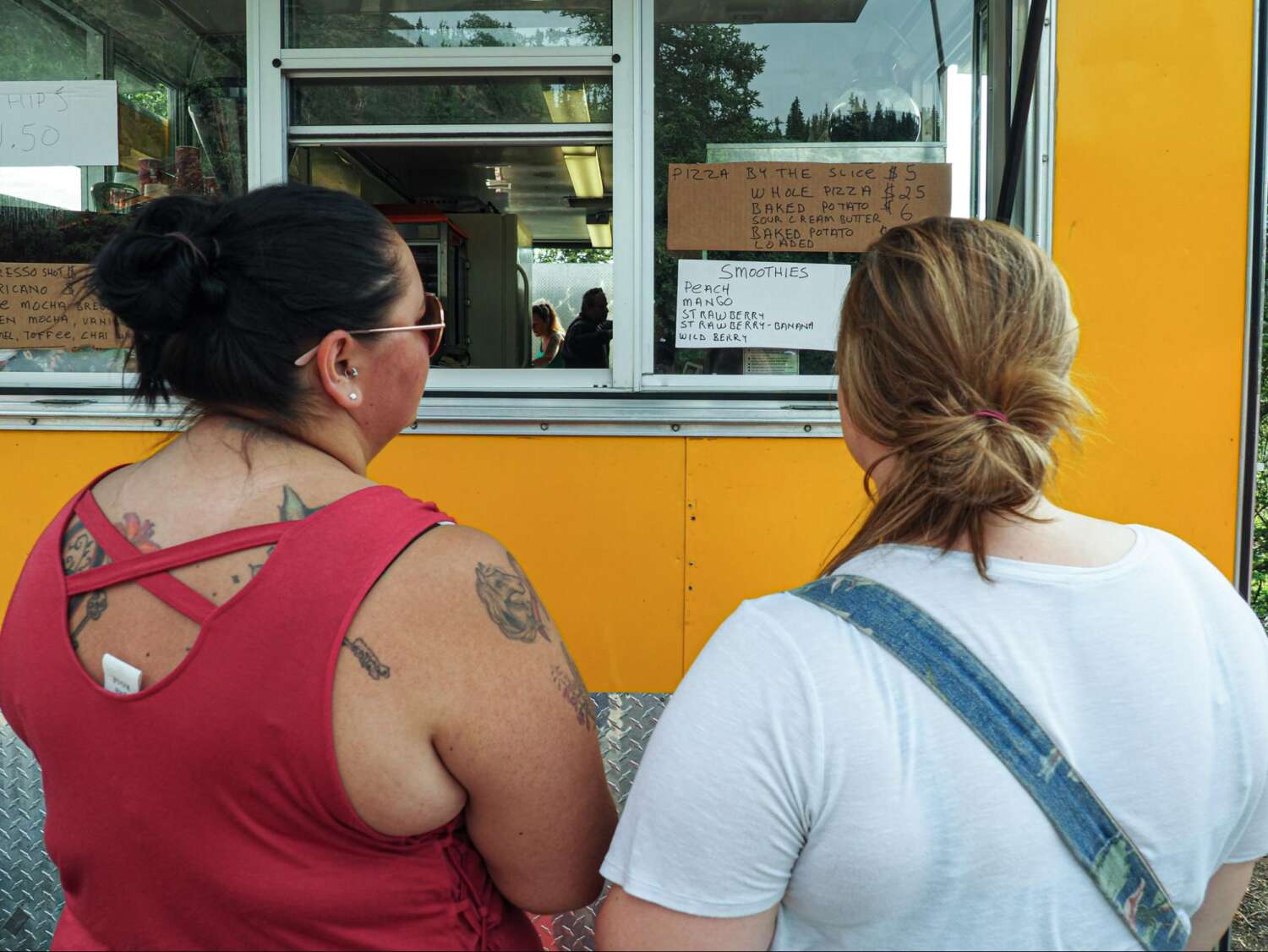 What machines will end up flying?

All four-wheeled participants in the dramatic auto-flight stand, awaiting their fate, so those who are curious can calmly see all the details. On this day, at least 10 cars are usually thrown off the cliff. These are almost always cars that cannot be recovered after an accident. Old, broken, each of those who didn't give up is able to independently reach the cliff. 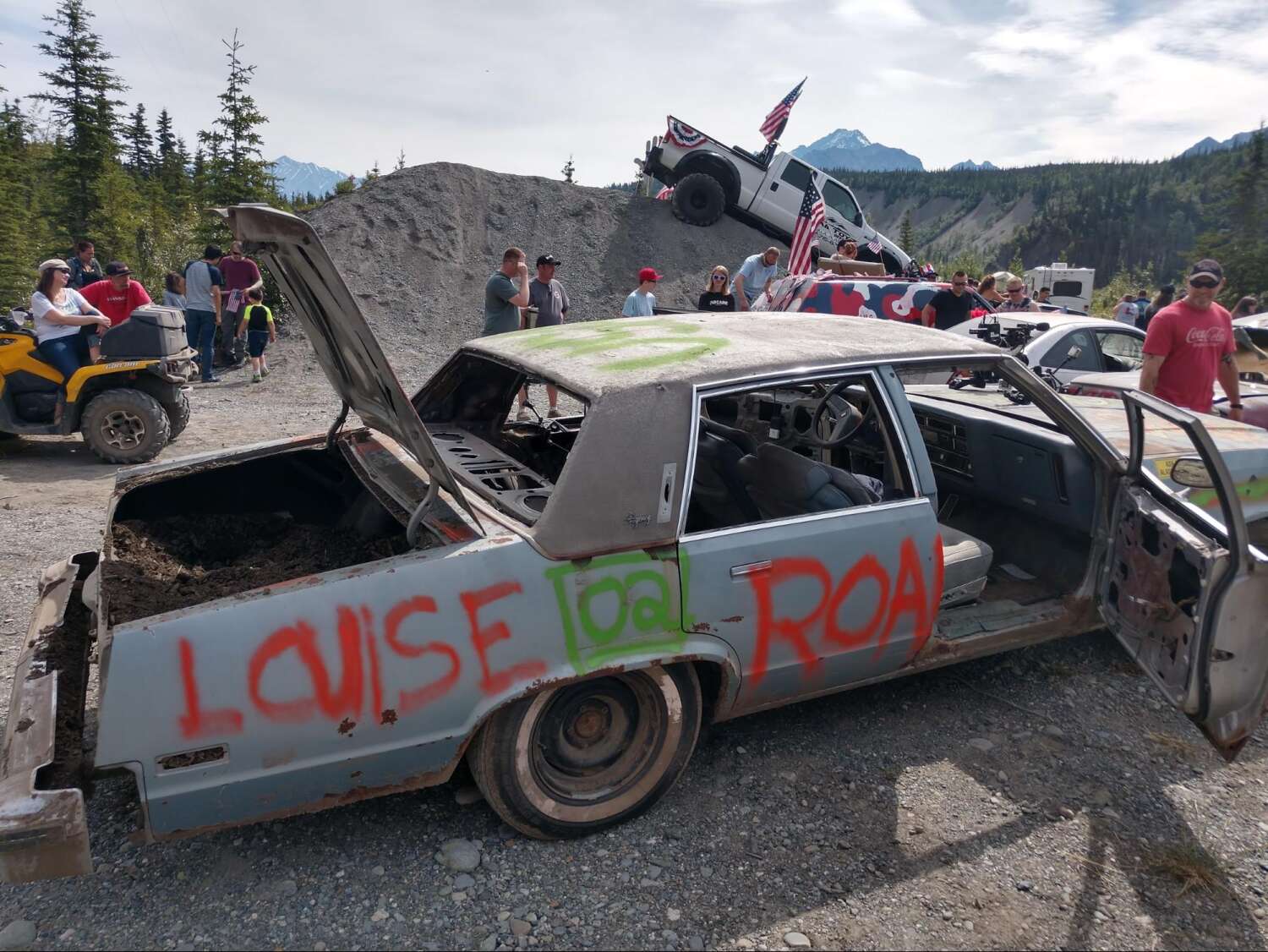 Inside the cabin, many small video cameras are reliably reinforced: later, it will be possible to watch in detail during long winter evenings, as the family car flew to the enthusiastic shouts of the crowd. 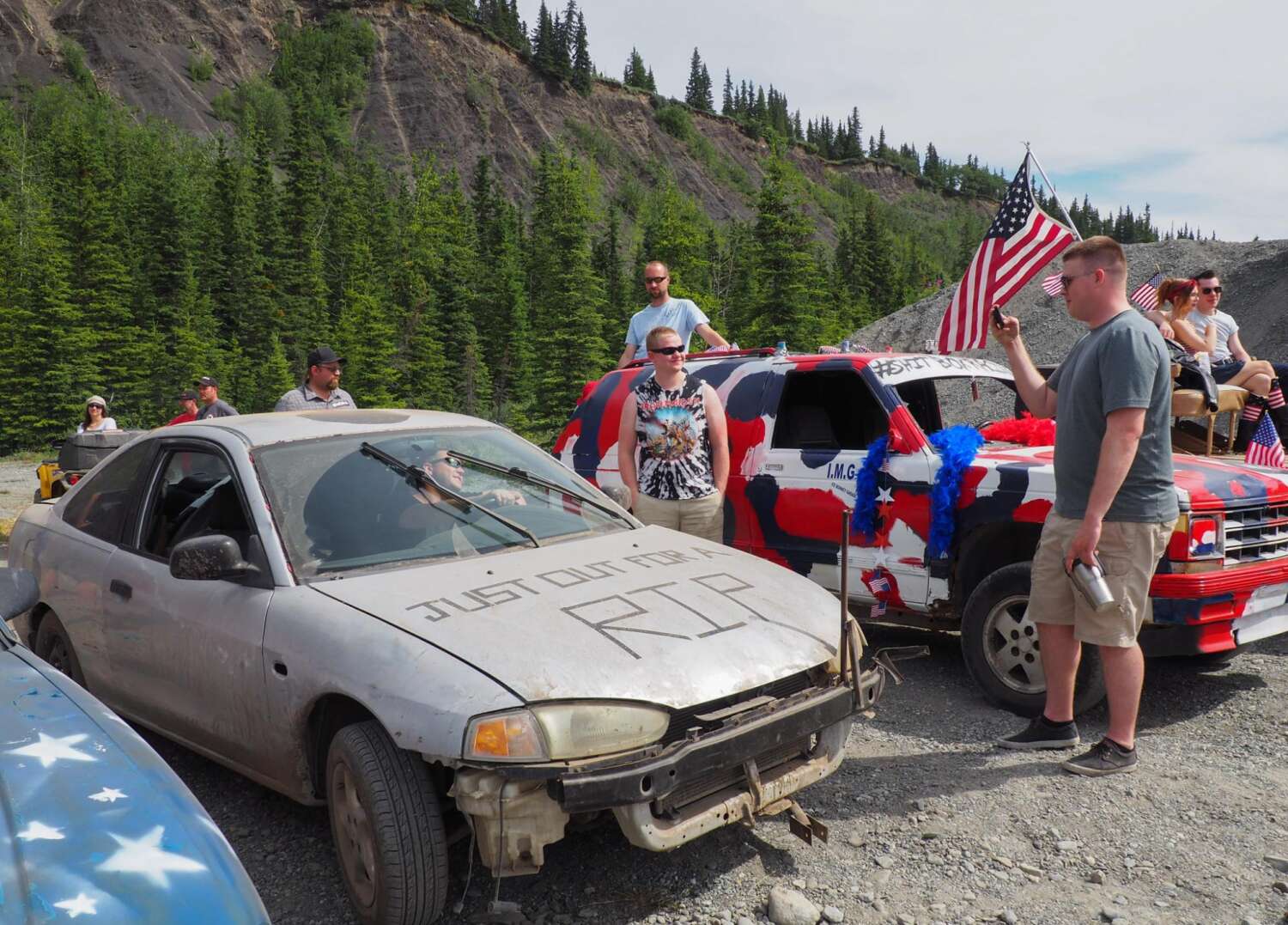 In order to improve aerodynamics, as ridiculous as it sounds, the participants of the launch, e.g., fill the trunk with earth. Each team wants their car to fly beautifully, long and poetically. 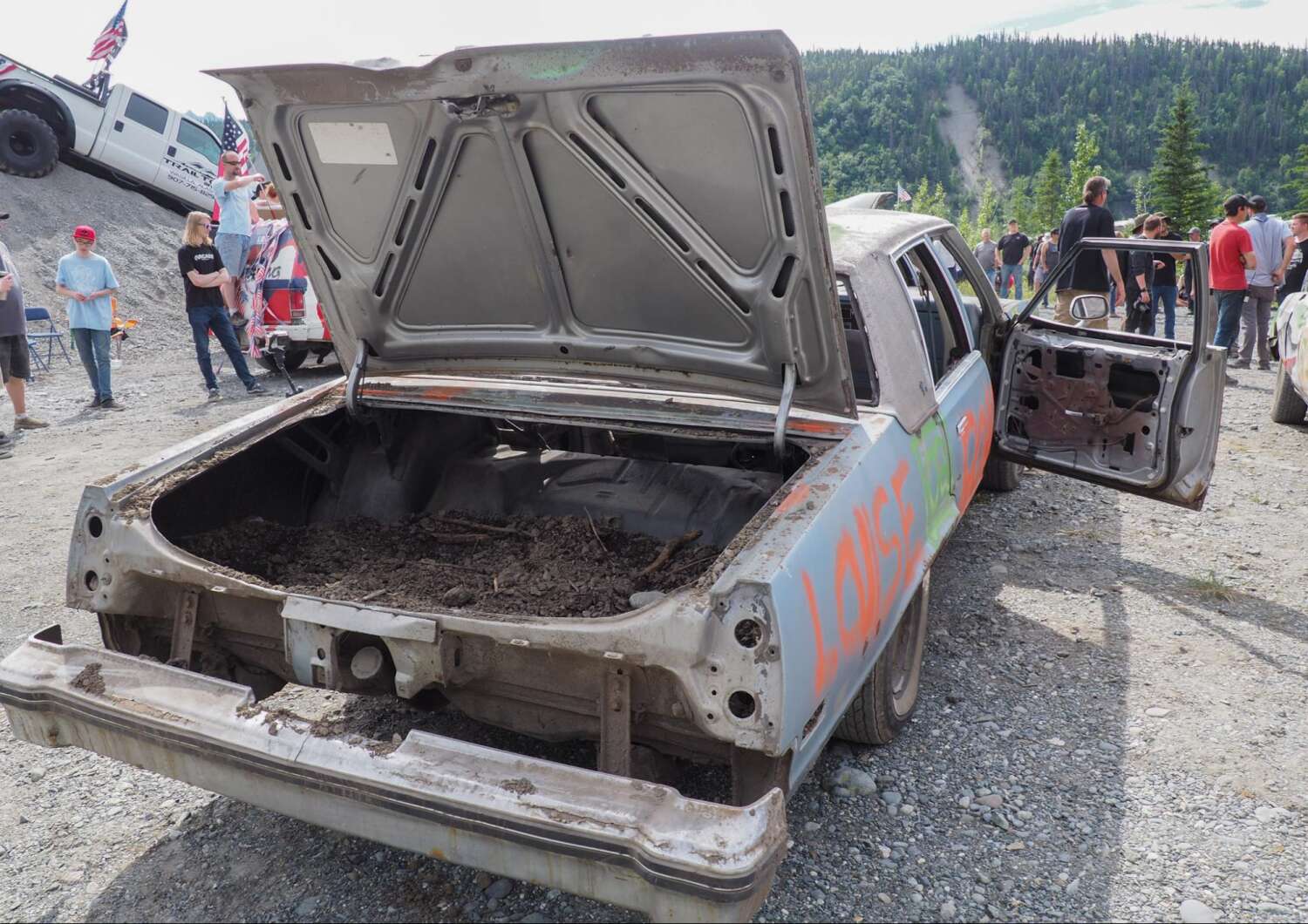 The culmination of the holiday

After lunch, people gather around the cliff. Experienced extreme enthusiasts put their folding chairs in the morning to take the best seats. 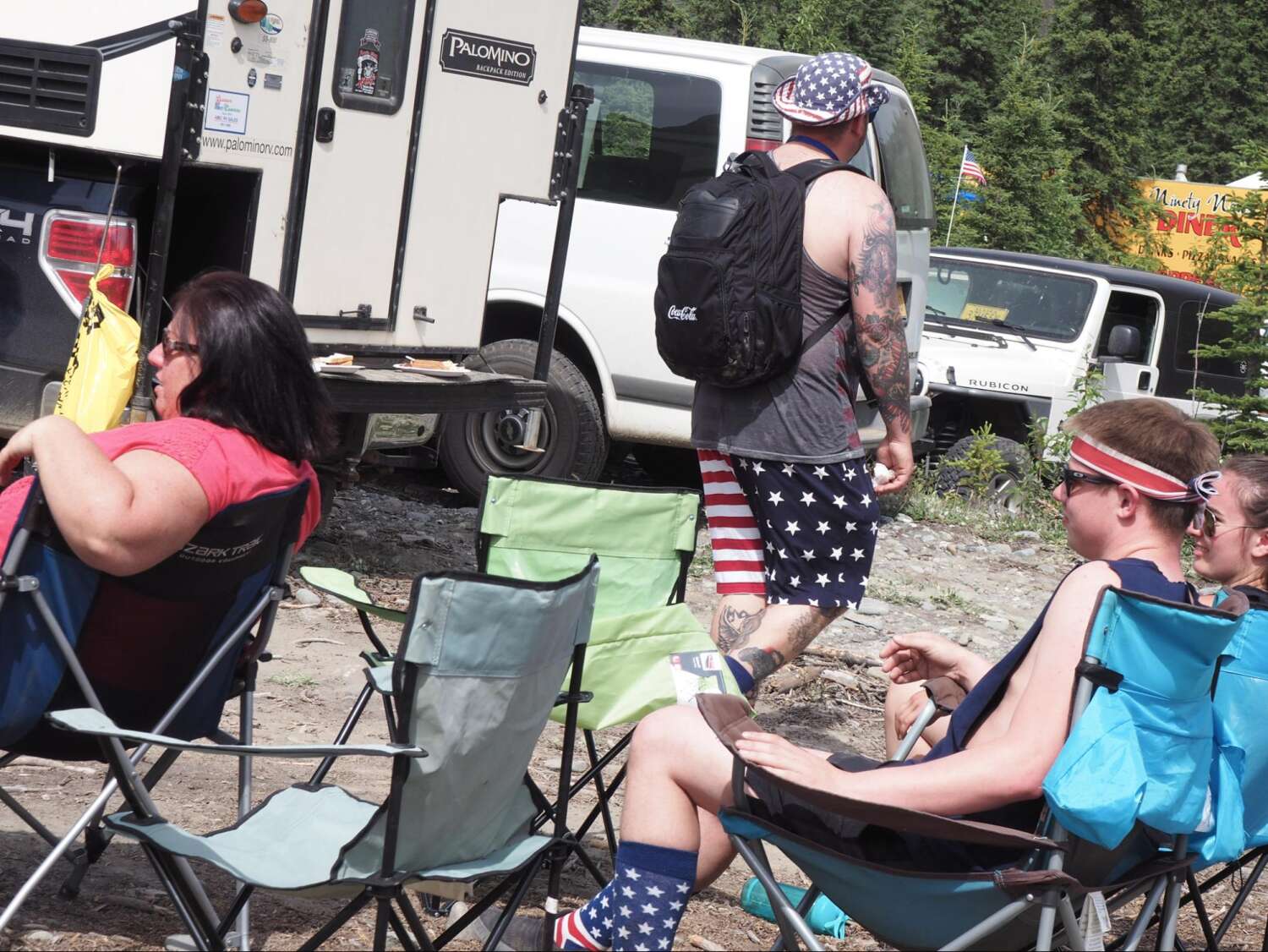 The presenter announces each team, and the audience is waiting for the sound of a roaring engine to be heard from the cliff. This means that the car is about to appear for a few seconds to fall to the ground with a crash. Unexpected engineering solutions are of particular interest: e.g., starting two machines at the same time. Sometimes, even boats are launched. The visitors hoot respectfully, when the engine continues to roar, even if the car is no longer able to move for a centimeter. 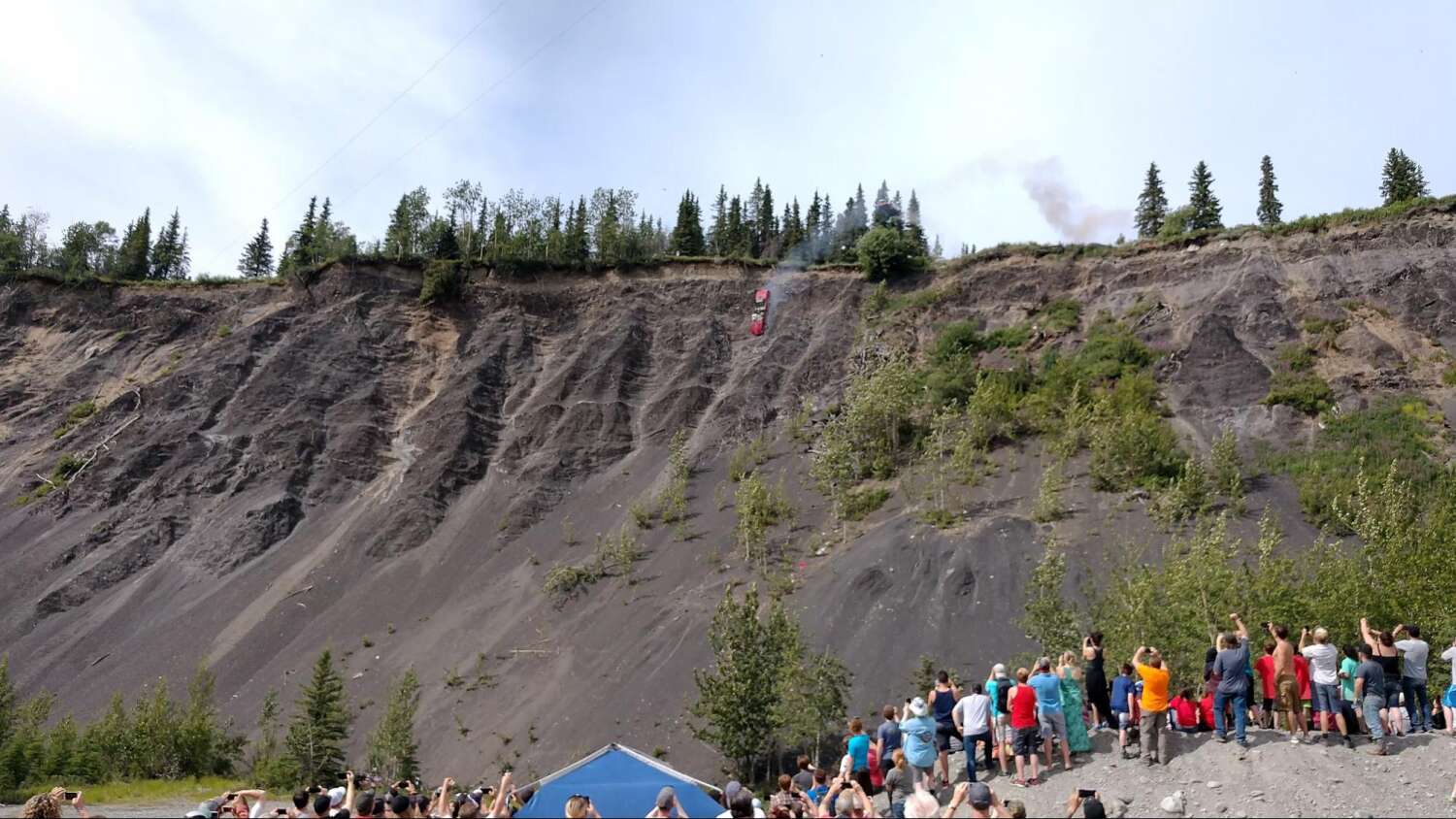 In 40-50 minutes everything is over, and the audience will continue to chat with beer and BBQ. The organizers of the holiday accidentally came up with such an entertainment in 2005, when they called friends and neighbors to see how they were getting rid of an old car. And now, the whole district is asking for a show every year. This is a great opportunity to get together with friends, talk to a few tourists, and have fun. 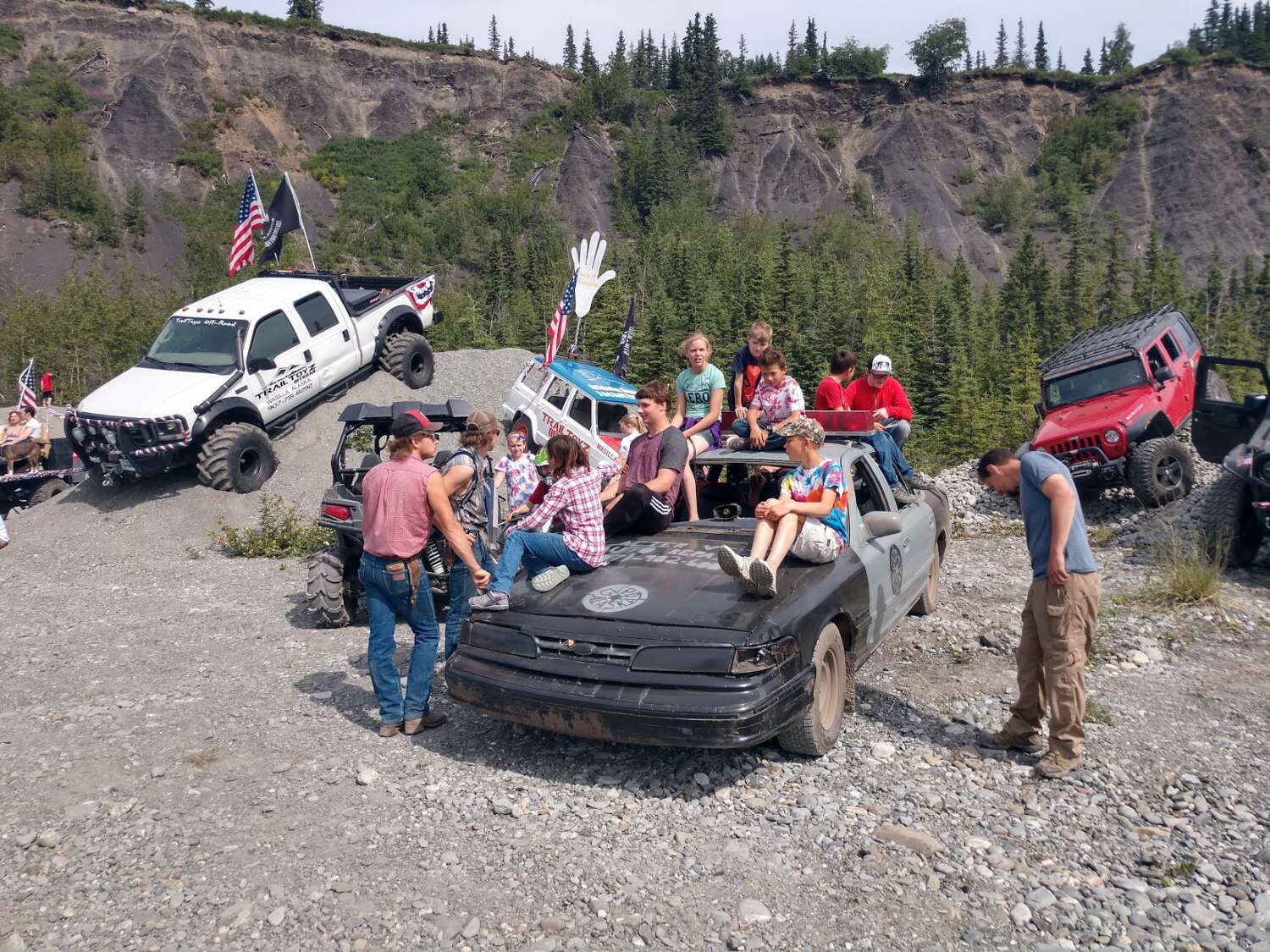 If the spirit of adventure calls to the north of the American continent, make sure you include Glacier View on your travel list! But keep in mind that there are very few hotels in the area, and you need to book them about 6-9 months in advance. The most comfortable option for spending the night before the parade is the Sheep Mountain Lodge, located at 17701 W Glenn Hwy, Chickaloon, AK 996. It has its own small restaurant with first-class cuisine, clean and warm cottage houses. 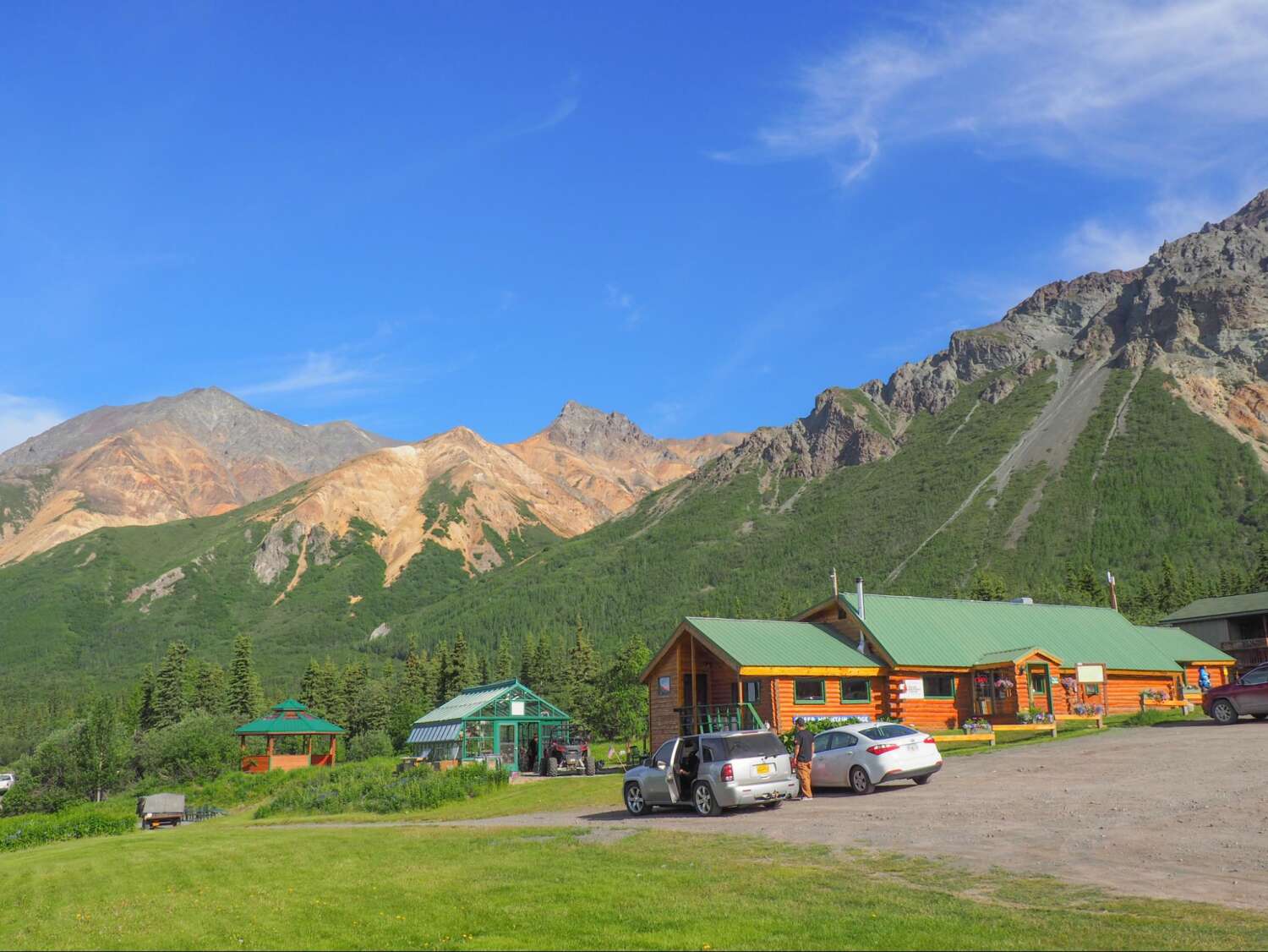 We have already told you about the peculiarities of traveling in Alaska in the article " Summer travel by car around Alaska on your own".

Alaska is for the brave in spirit

The climate here is not suitable for those who like sunny days: the sky is often cloudy, and the snow falls twice as much as the US average. Unlike the lands that are located closer to the North Pole, the climate here is milder, but it is still considered to be subarctic. The summer season lasts approximately 2.5 months. Thousands of tourists flock here for wonderful views, an atmosphere of wild nature and extreme sports. Travellizy Team will be happy to help you choose the best travel option for these unique regions.