Alaska intrigues and fascinates travelers: everyone discovers it like a pioneer. But the development of these northern lands was not because of curious tourists. For thousands of years, numerous Indian tribes lived here, later came the navigators and industrialists of the Russian Empire, then American colonists. Today, Travellizy Team's article is about a unique place where the spiritual values of indigenous Indians and Russian settlers have merged.

The development of Alaska by the Russian Empire was carried out from the beginning of the 17th century: merchants and seafarers were actively engaged in industrial business here. But the main events took place much later, when Peter I organized a secret expedition to the shores of America. It was successfully completed in 1728 by Vitus Bering, after whom the strait between Russia and the United States was named. Russian Orthodox missionaries arrived in Alaska on official missions in the middle of the 19th century. After 30 years, the colonists settled in the interior of the mainland. Russia could not send enough troops that far for a militarized seizure of territories, so the colonists looked for peaceful ways of interacting with the locals. The presence of priests on expeditions facilitated this task. So, almost all members of the modern Aleuts, one of the most ancient tribes of Indians, consider themselves Orthodox. 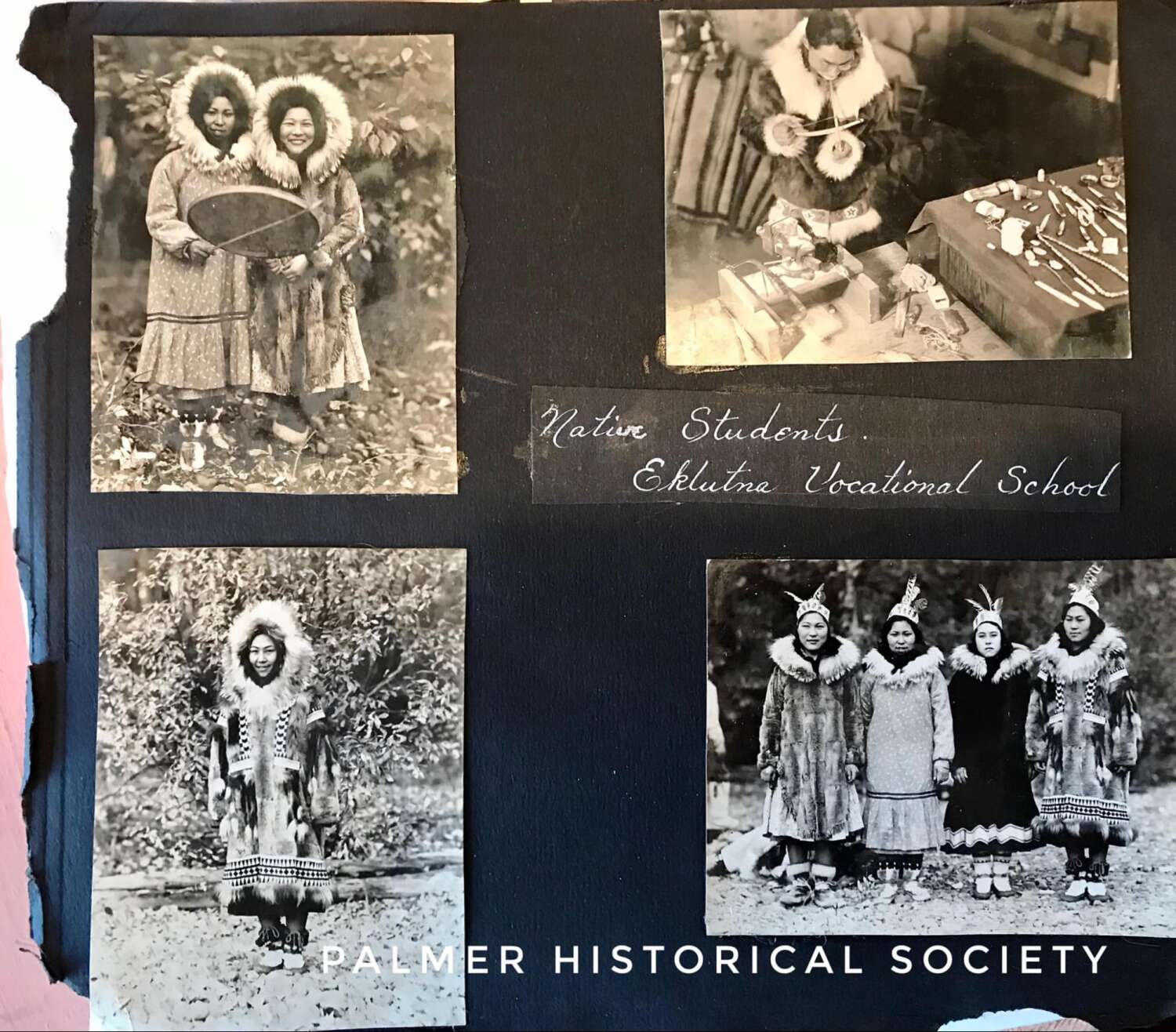 Traditions and architectural monuments remain in honor of the Christianization of Alaska. Alaska belonged to Russia from 1799 to 1867, but even now, 150 years after the sale of Alaska to the United States, thousands of Russian-speaking families live here. Missionaries still come from Russia to Indian reservations with charitable projects.

The Indian village of Eklutna is located 40 km from Anchorage, Alaska's largest city. Like hundreds of years ago, the indigenous people of the region still live here: the Athabasca Indian tribe. According to regional and archaeological studies, it is the oldest historical settlement in the region. It was founded 800 years ago, and developed, absorbing both Russian colonization and the American one. As a result, Orthodox traditions, and subsequently North American ones, were superimposed on the ancient Indian beliefs. Among tourists, the most vivid impression of this combination is left by the old cemetery at the St. Nicholas Russian Orthodox Church.

Numerous tourists come here to see the unique graves of Orthodox Indians: there is no second such cemetery on the planet. A rare traveler will not take a few photos of these strange, unlike any other graves. 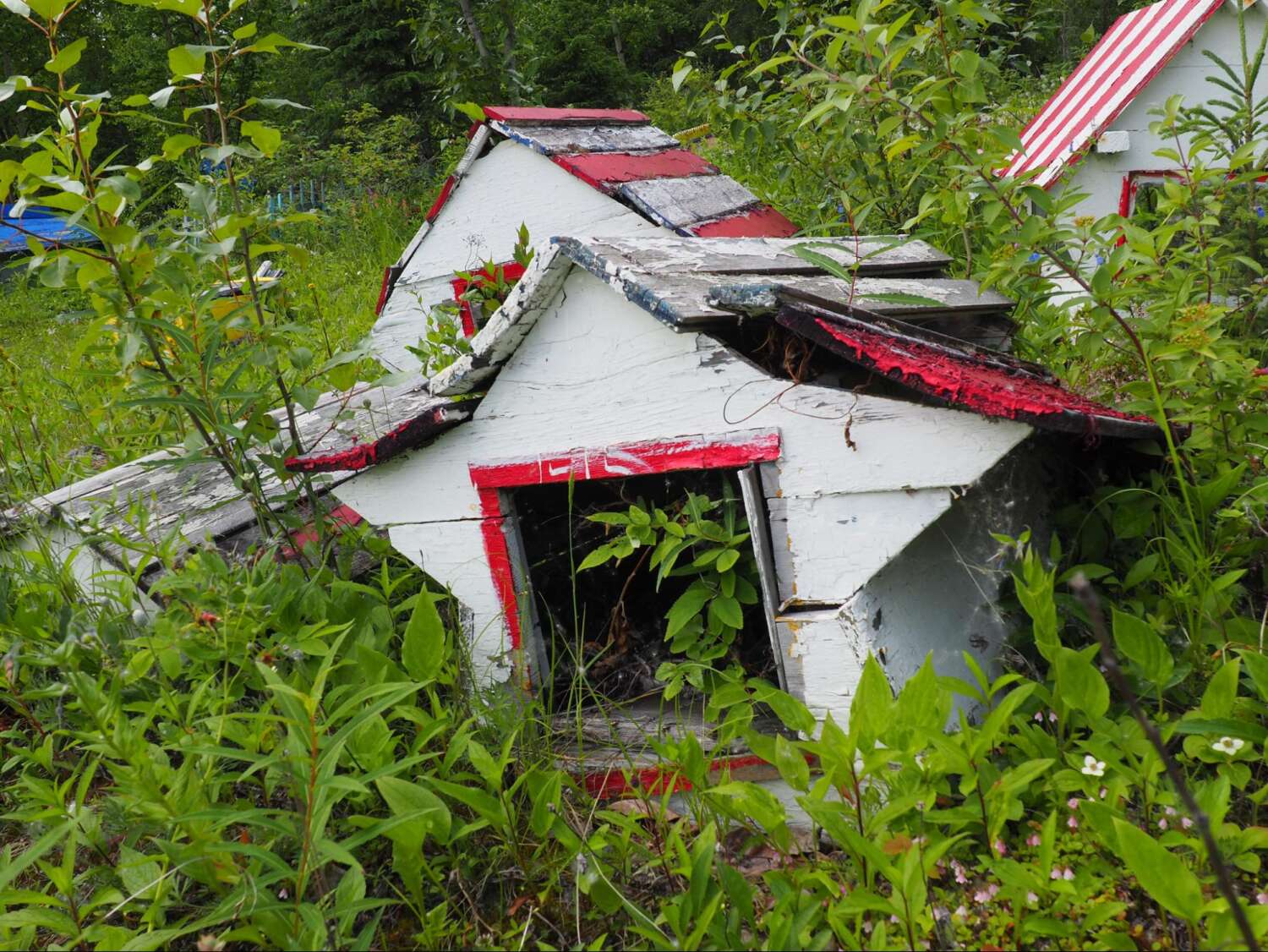 In Christianity, the church determines the place where the believer ends his path. Cemeteries, consecrated according to religious rules, were set up around churches. Eklutna was no exception. The small log church of St. Nicholas is the oldest building on the territory of modern Anchorage. The logs were folded in the old way, by the hands of local Indians under the guidance of Orthodox missionaries in the 1870s. 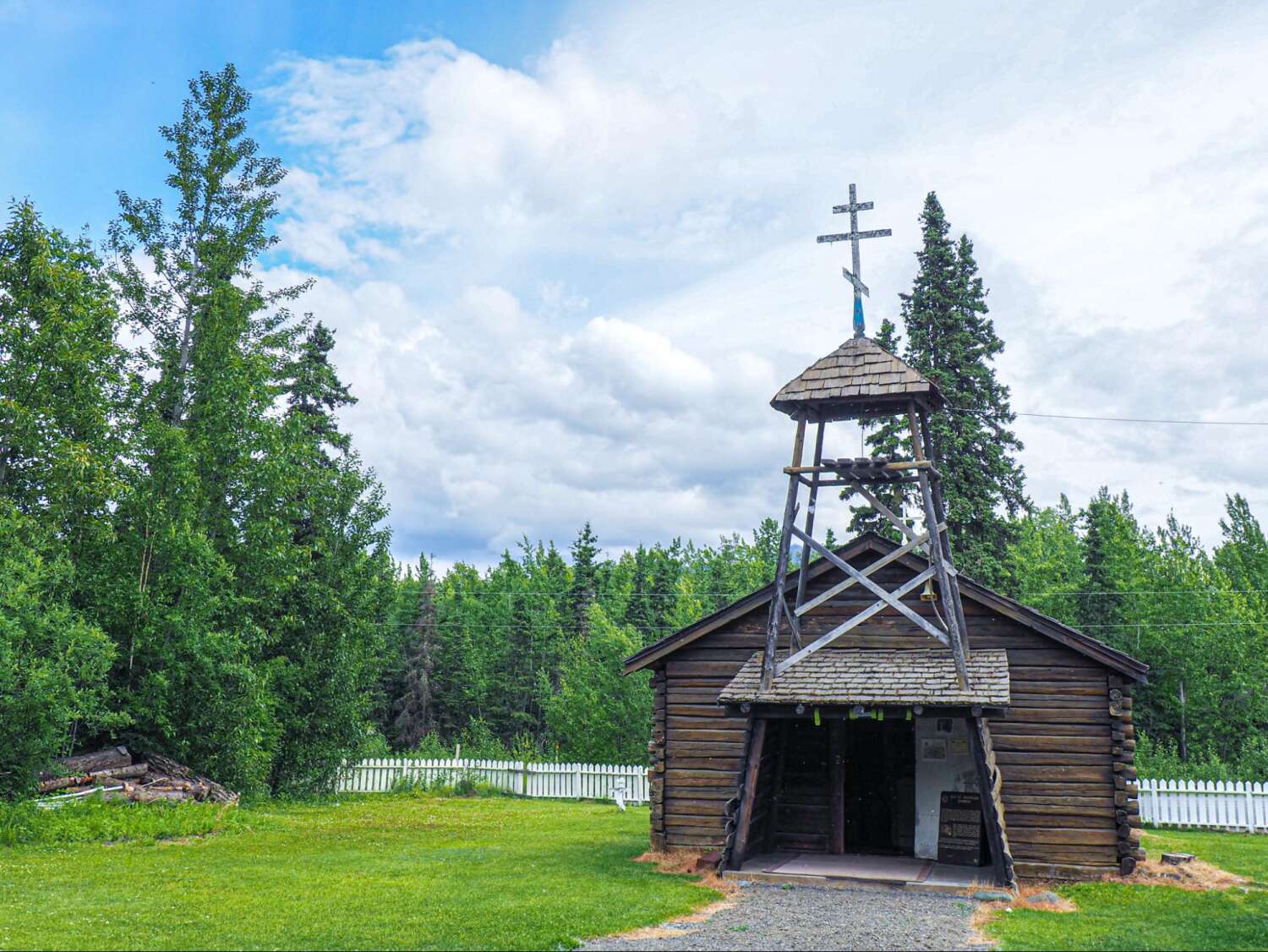 Some of the icons in the church were brought here 200 years ago. The church building is listed on the US National Register of Historic Places and is protected by law. Inside, the church does not look like a ceremonial one, without gilding and expensive details. 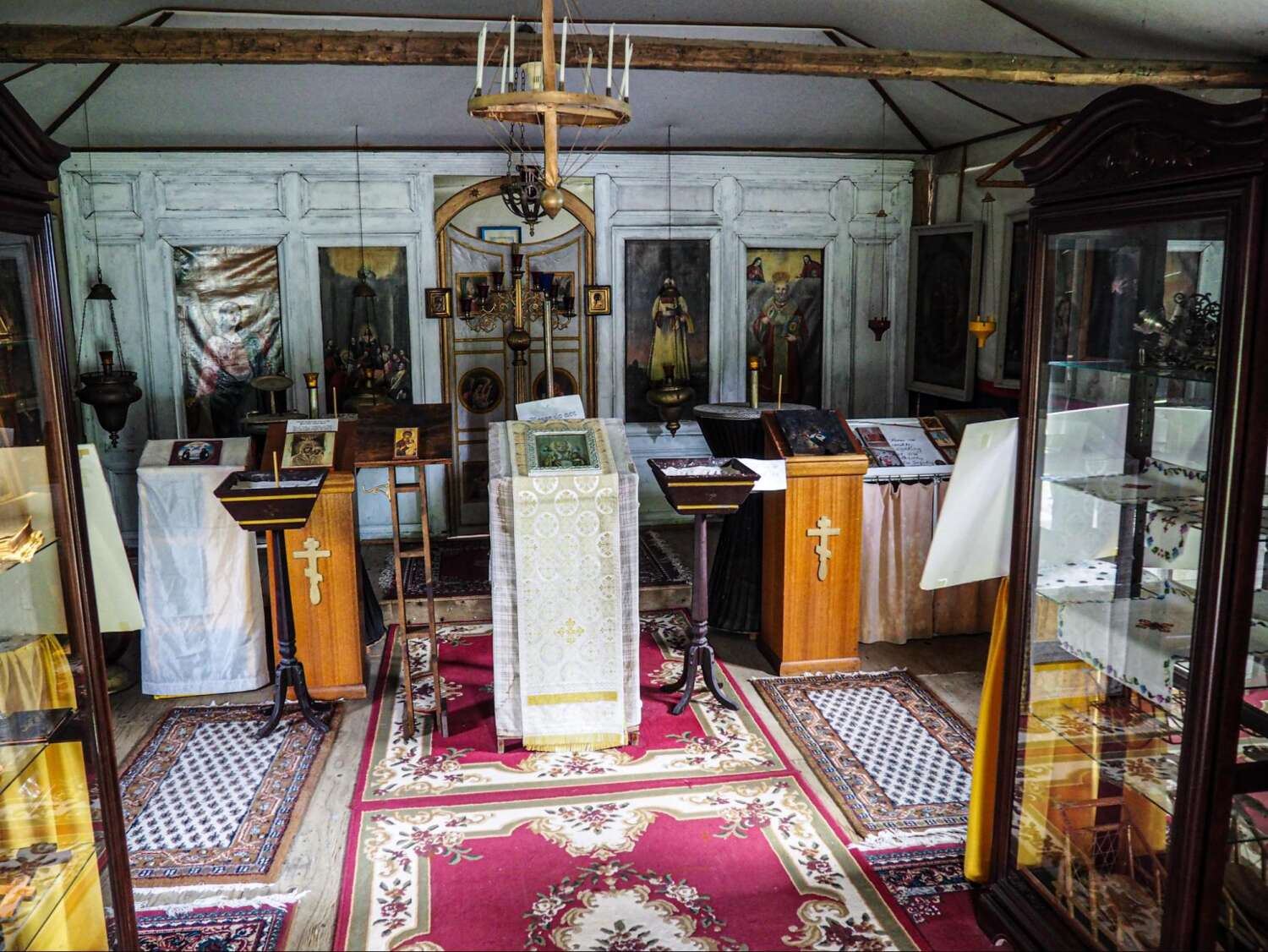 As it should be in Orthodoxy, believers from the community are buried in the cemetery. The cemetery near the church is called graveyard. The Athabascan Indians, the Yupik Eskimos, as well as the Russians found their eternal rest at the Eklutna graveyard. The entire cemetery is lined with small houses painted in bright colors. This is a tribute to the ancient beliefs of the Athabascan Indians. They believe that on the fortieth day, the soul of the deceased needs to settle in his/her house, built over the body of the deceased, then the spirit will find peace. 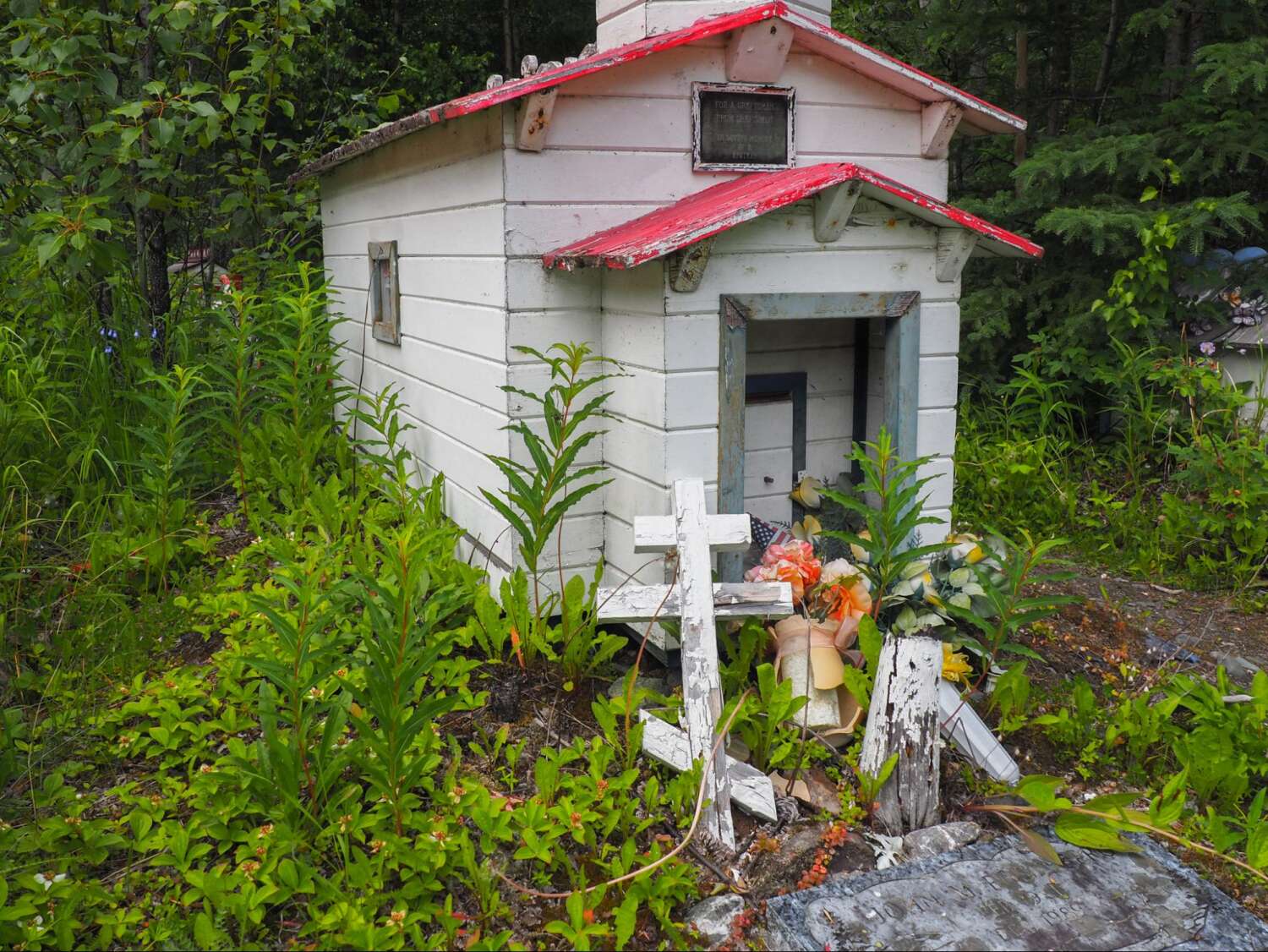 Every detail in such a ceremony has its meaning. Each family has a color that is considered to be patrimonial. For example, Alex's family uses red for funerals. This means that the house for the spirit of the deceased will be painted red. 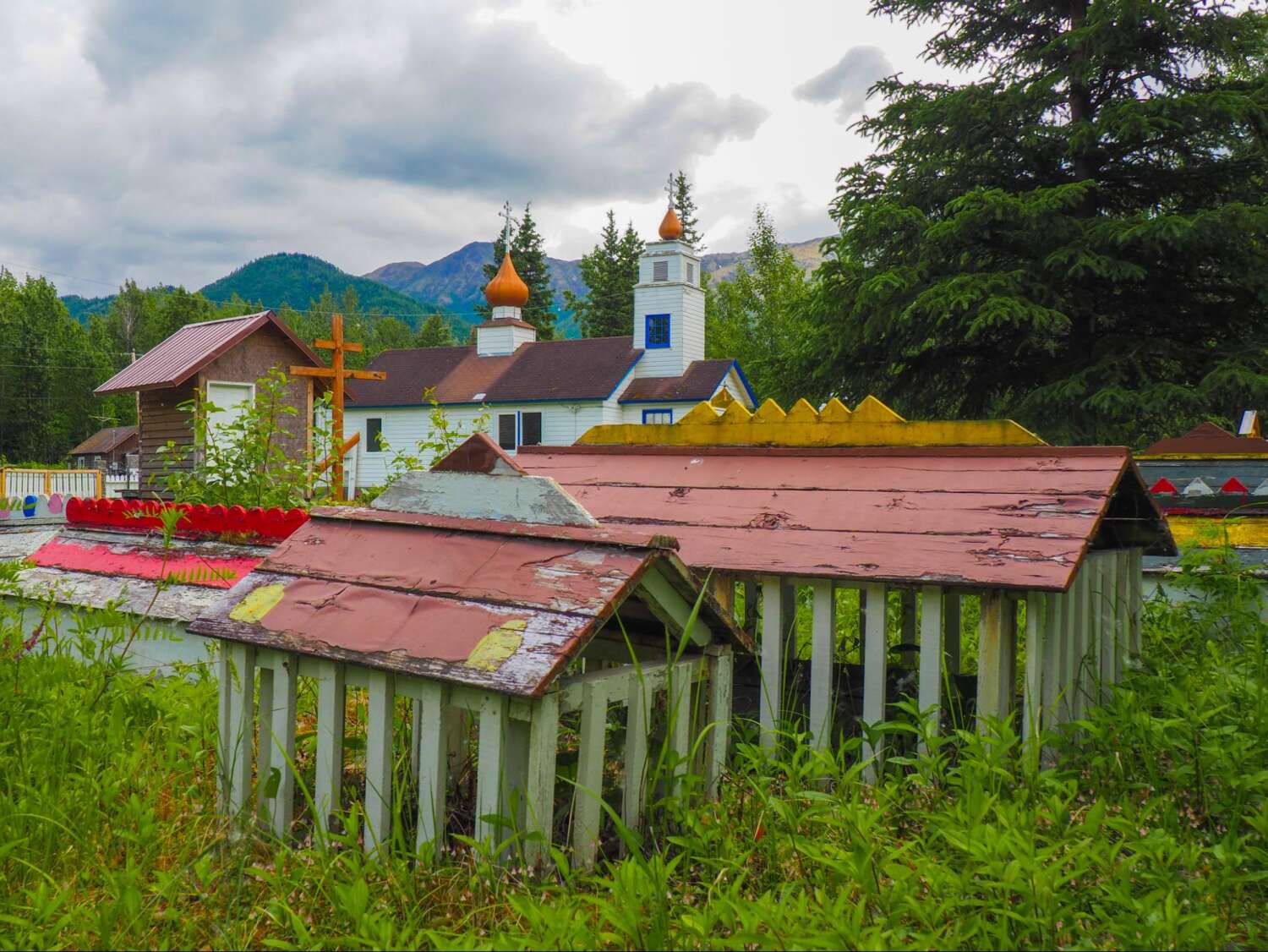 The house is decorated taking into account the occupation of the deceased one: his/her occupation will be mentioned in words or depicted in the form of some characteristic details.

The Indians decorate the burial place not with flowers, but with blankets, in order to make the dwelling of the spirit more comfortable and cozy. 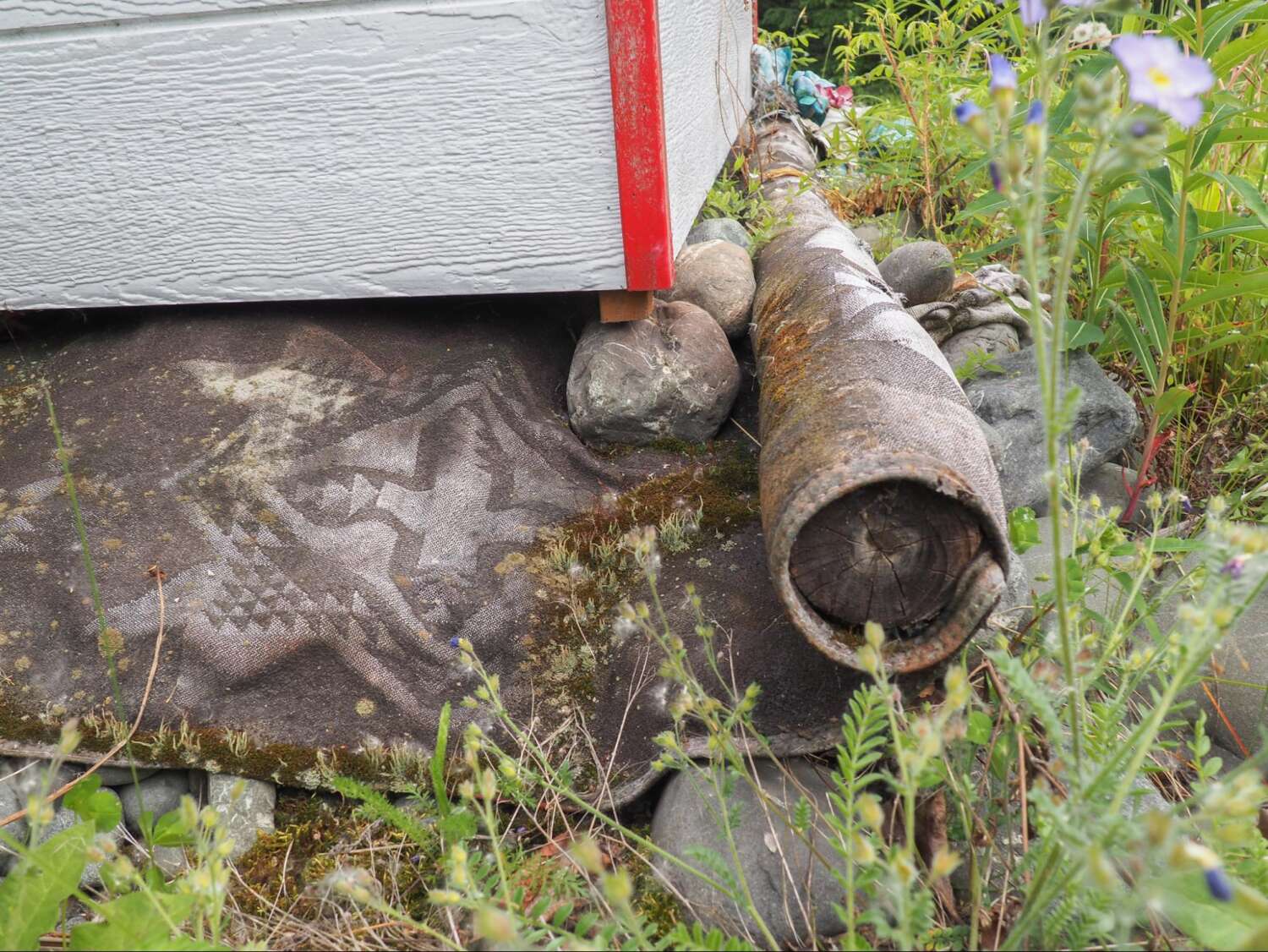 It is not customary to repair houses: they grow decrepit in the rain and snow, gradually turning into dust.

Before the arrival of Orthodox missionaries, local Indians cremated the dead. Nowadays, houses for spirits have replaced this tradition, instead observing another ritual with an extremely peculiar understanding of the biblical phrase “Before the dust returns to the ground from which it came and the spirit returns to God who gave it". 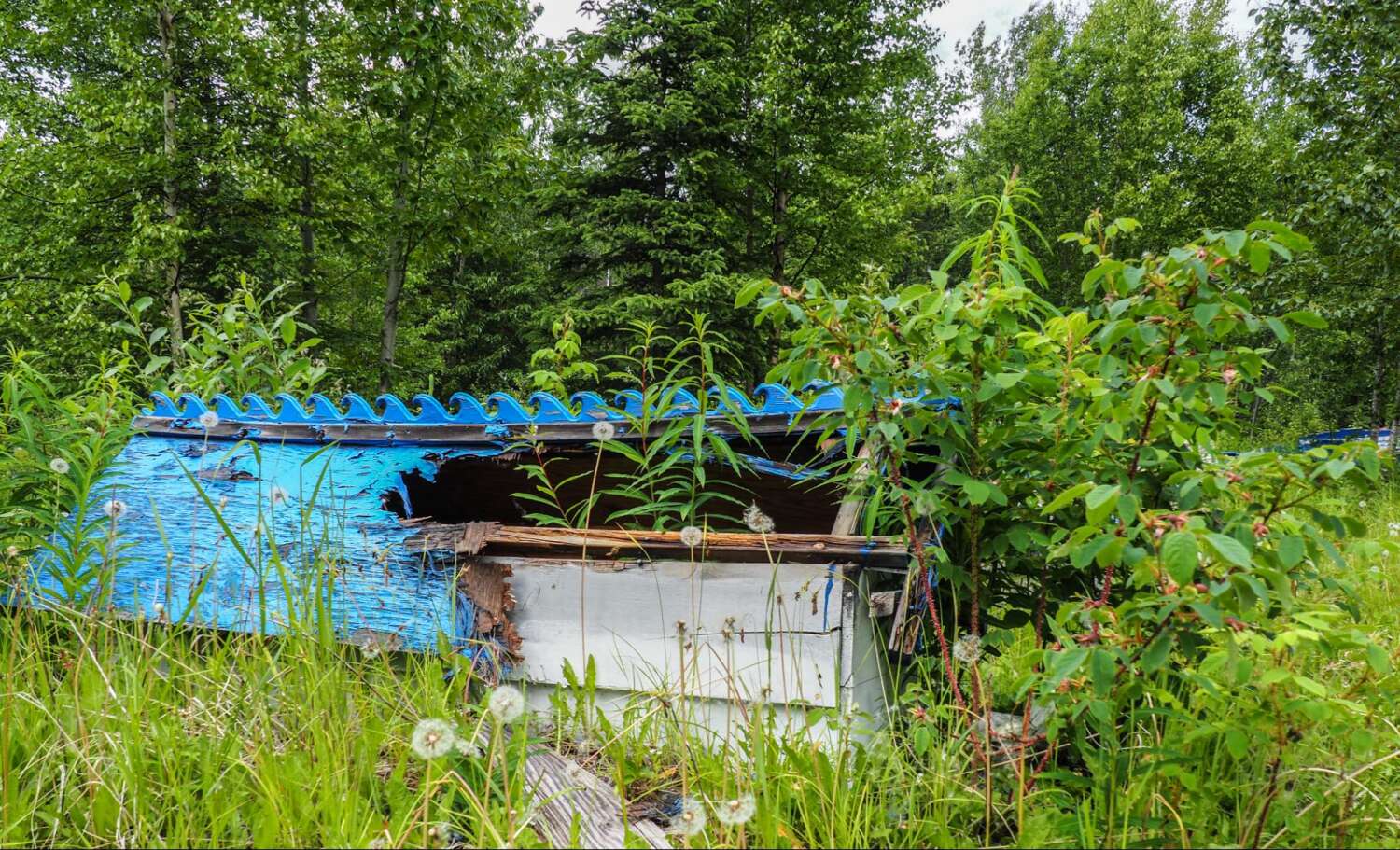 The New Church Is Waiting For New Guests

In the middle of the 20th century, it was decided to build a new church in Eklutna. The old church was cared for by Alex, the chief of Eklutna. His work was continued by his son Mike, who, together with his sons, built a new church in 1962. 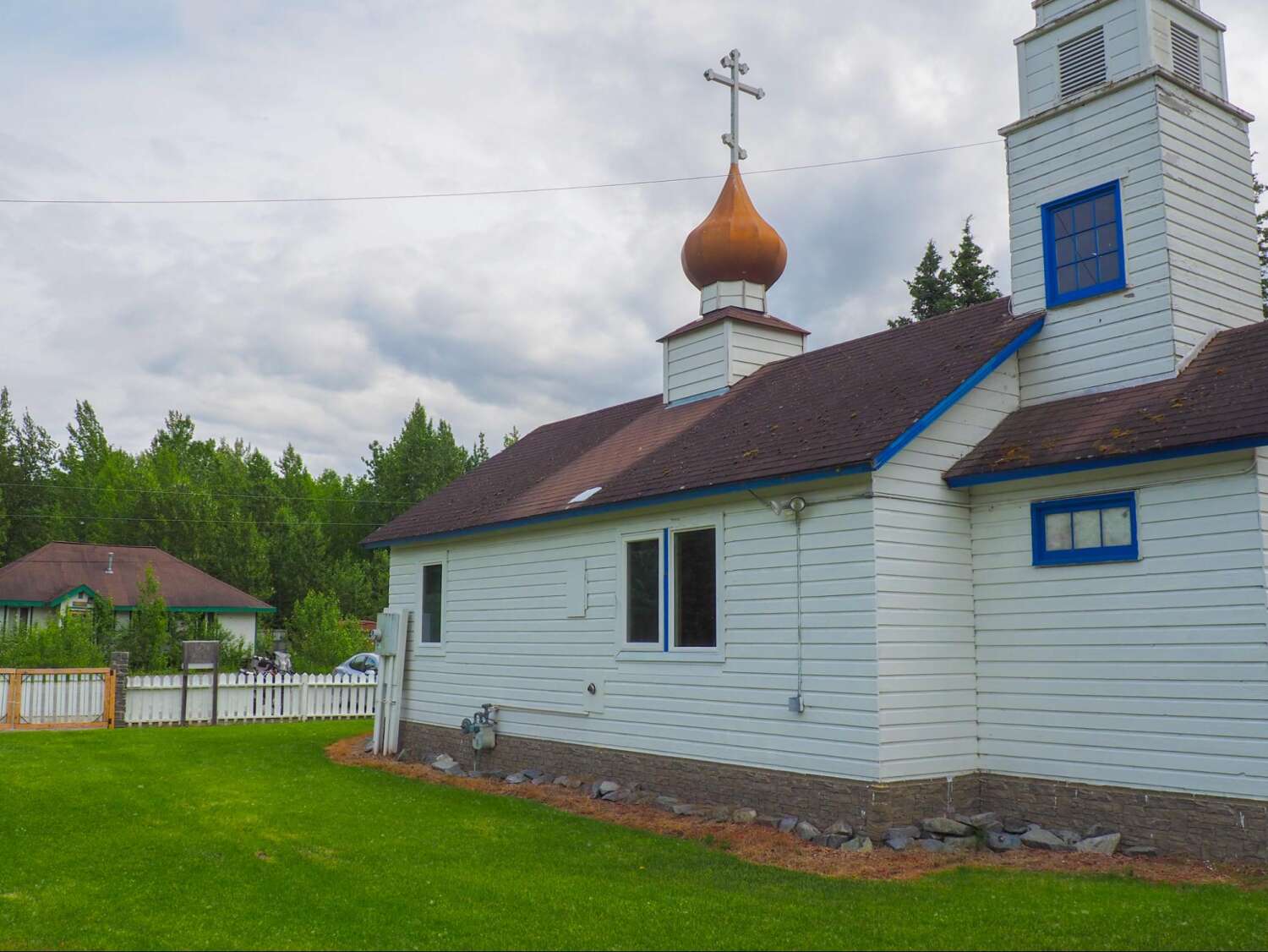 This is an operating church, as services and celebrations are held here. The parish at the church is small, but people try to stick together and help each other. 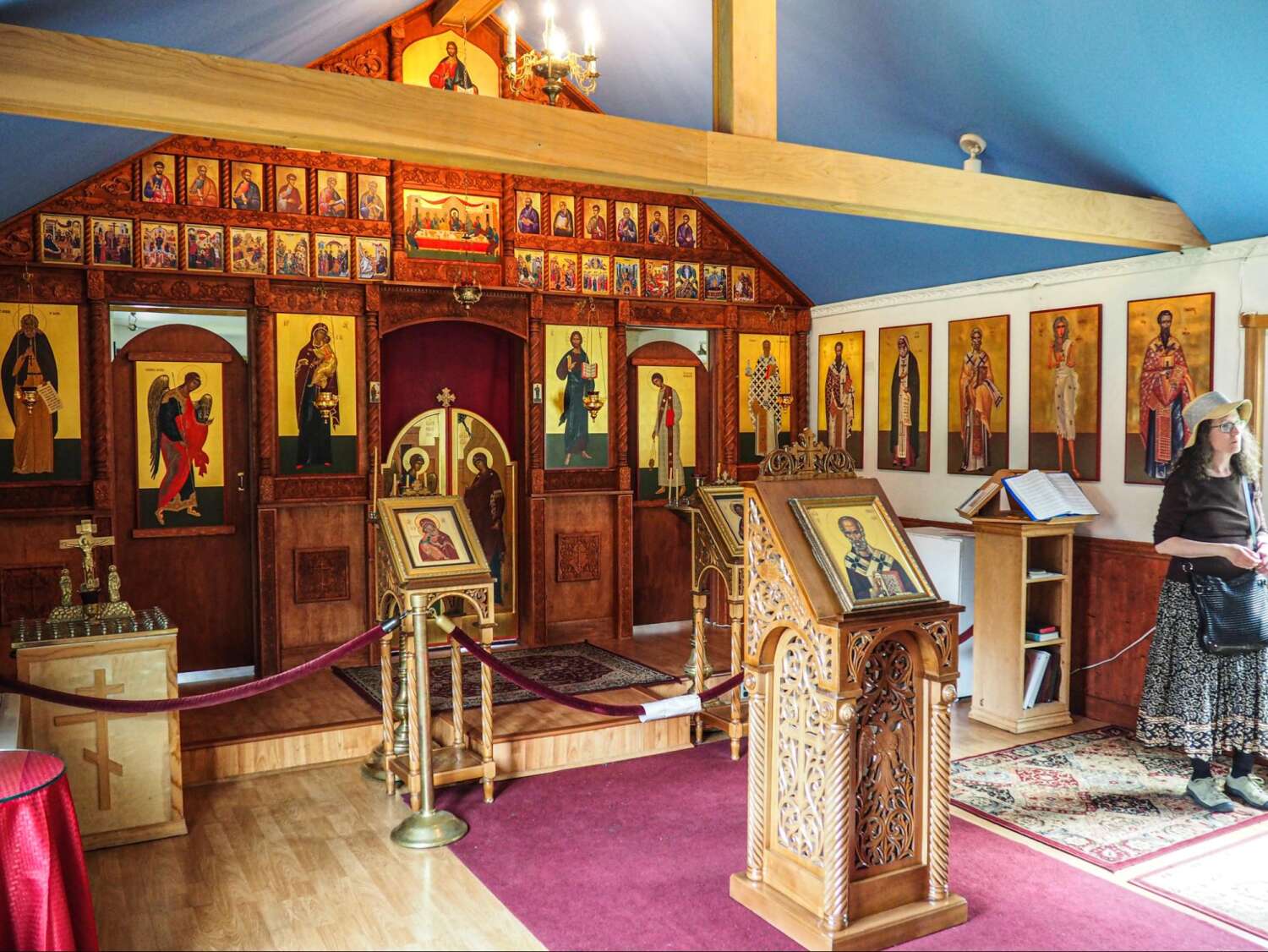 Parishioners from families of Russian origin try not to forget their Russian roots. Although the services are conducted in English, some of the chants are sung in Russian, which is the pride of believers. 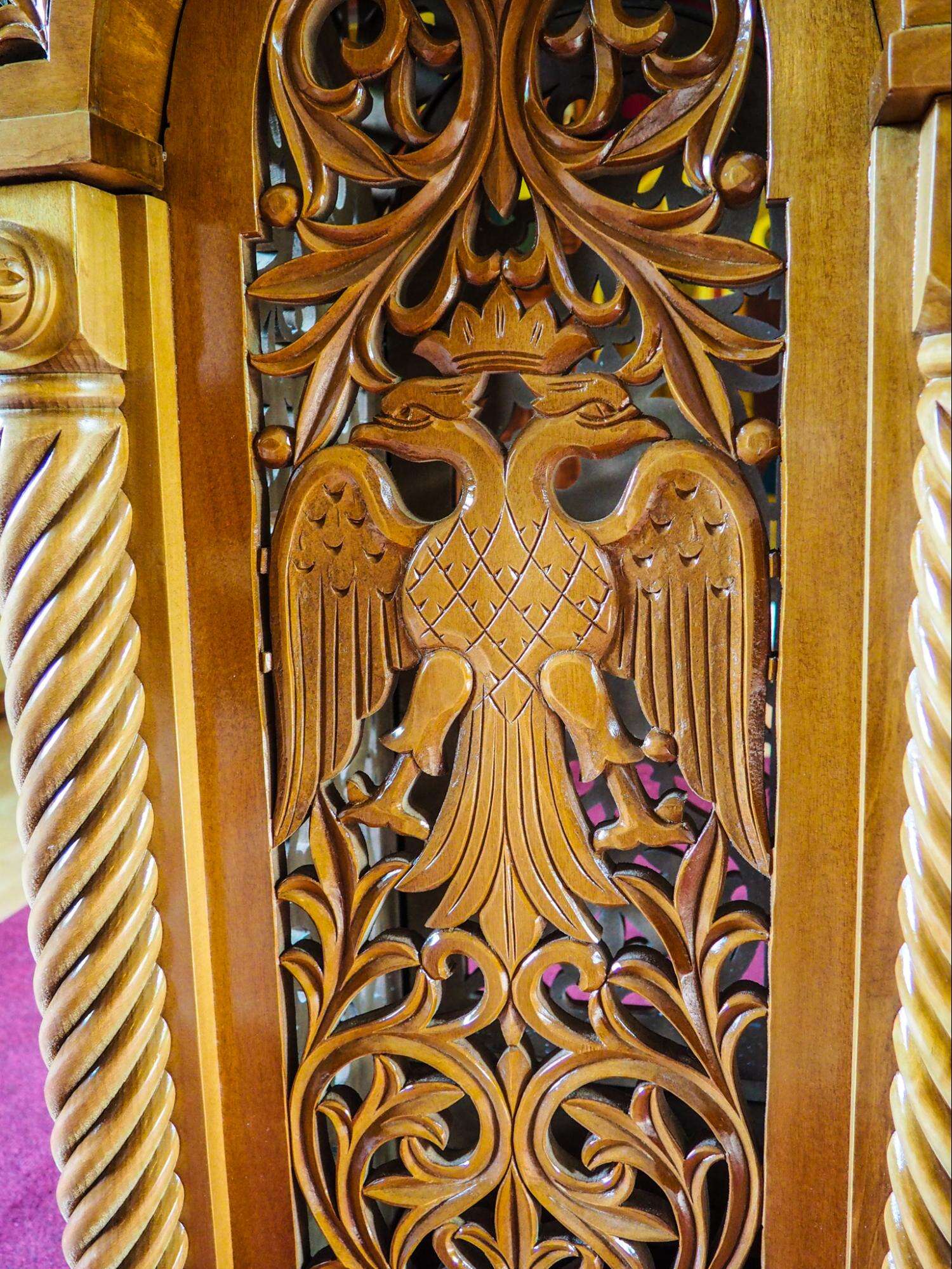 Religion plays a significant role in the life of the village.

There is a small shop near the church, where you can pay for the entrance to the cemetery and a small tour. The seller is also a Russian and English speaking guide. 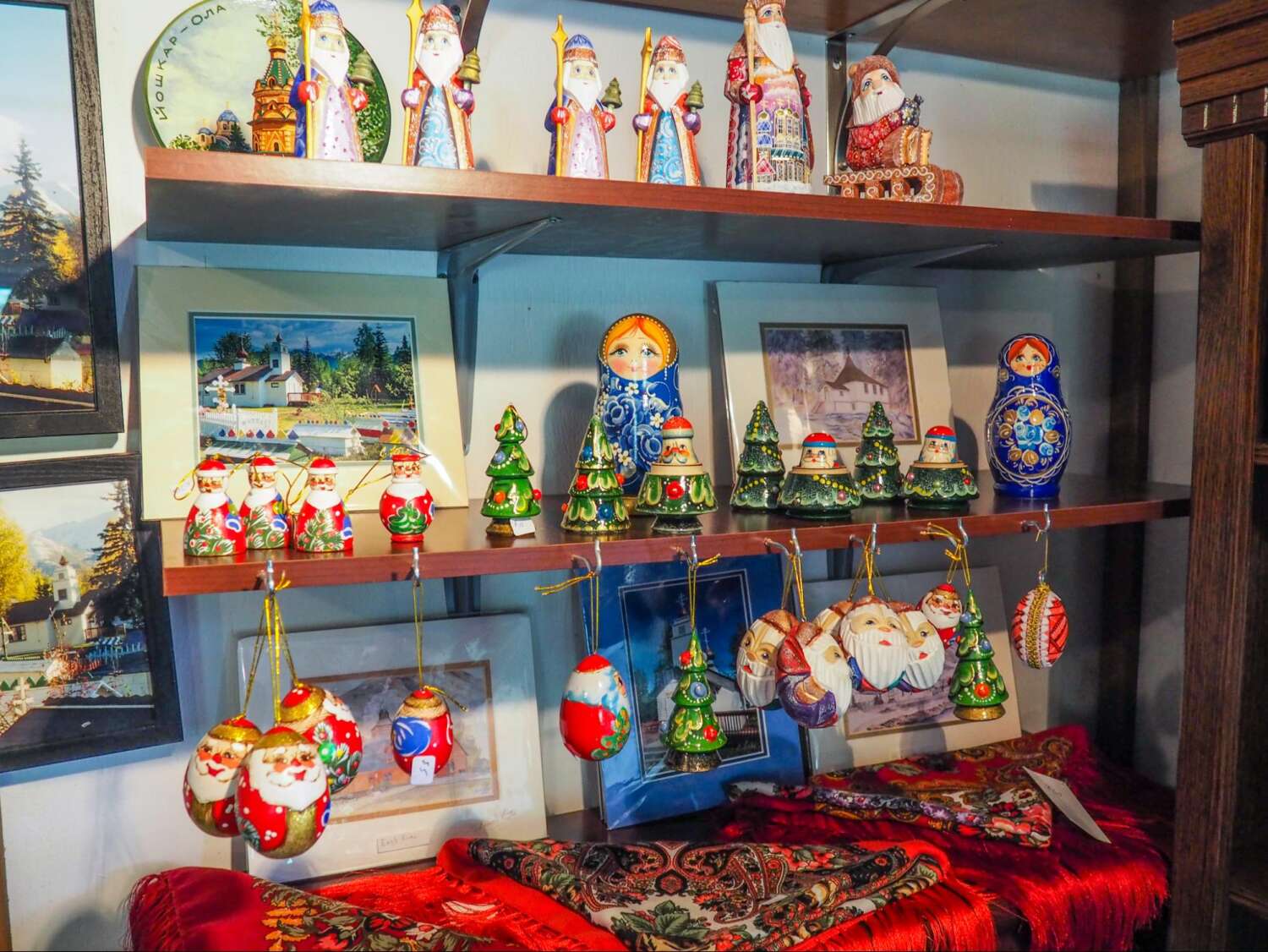 Lake Eklutna is a popular recreation place for residents of the surrounding area. It is located 20 km from the Glenn Highway, and is the largest reservoir in the area. Here you can find comfortable campsite and many outdoor activities. You can get to the lake by car, on foot, on horseback, on bicycles, ATVs, and in winter by snowmobiles or skis. Sled dogs are especially popular in winter. Like everywhere else in Alaska, there is a runway: a small plane is very often the only way to get to distant places. 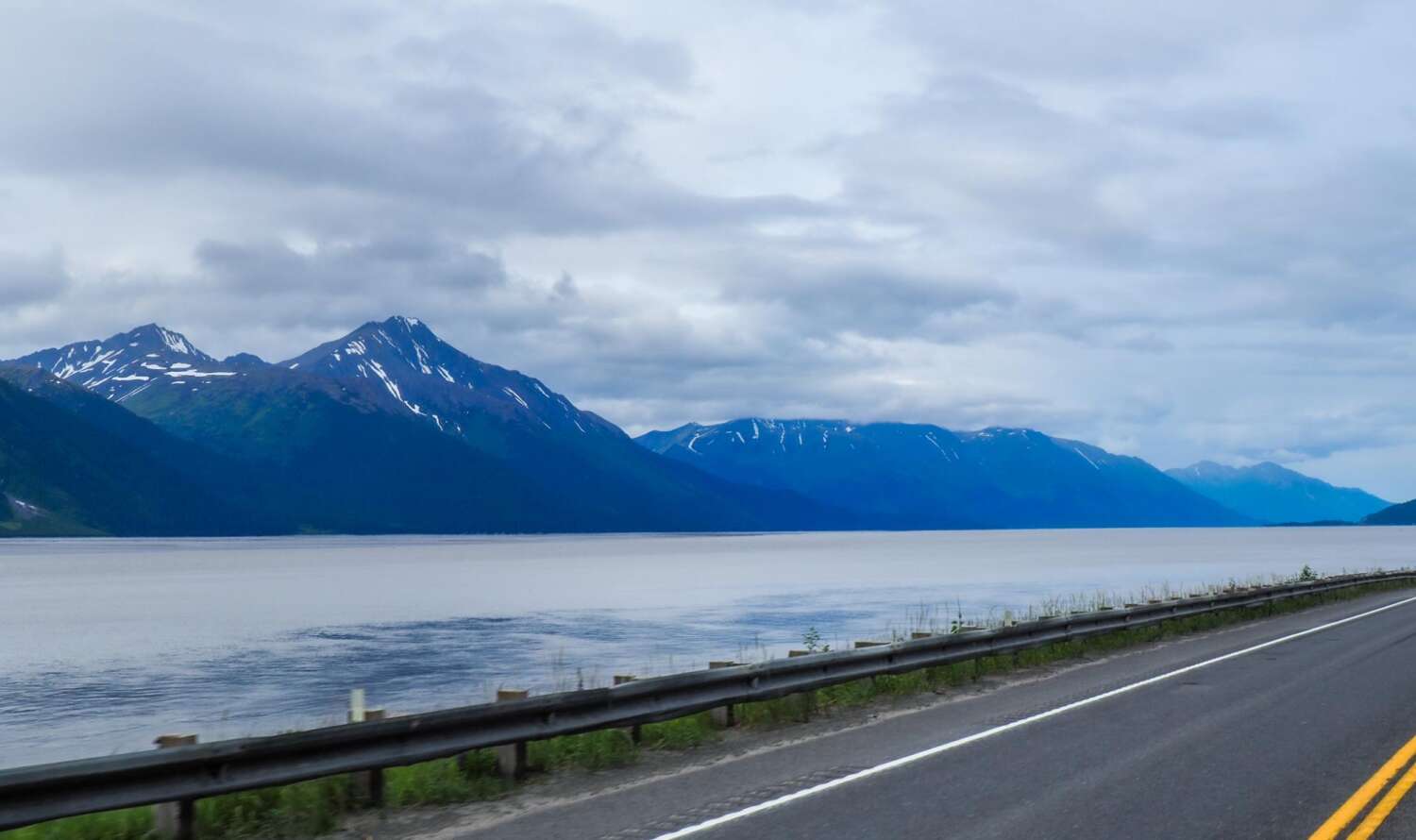 How To Get To Church Service

Both churches and the cemetery are located forty minutes from Anchorage on the Glenn Highway. During the daytime, the shop is open, and the seller will lead a tour. The parishioners gather here on Saturday evenings and Sunday mornings. If you decide to come here to see them, please note that this is discouraged. The Indians live a rather closed life and are not happy when onlookers stare at them. But you can join the church service by standing on your feet throughout the ceremony. Attendance at the service is warmly welcomed for believers of all faiths. It is not customary to sit during Orthodox services, even though there are a couple of benches at the entrance to the church. 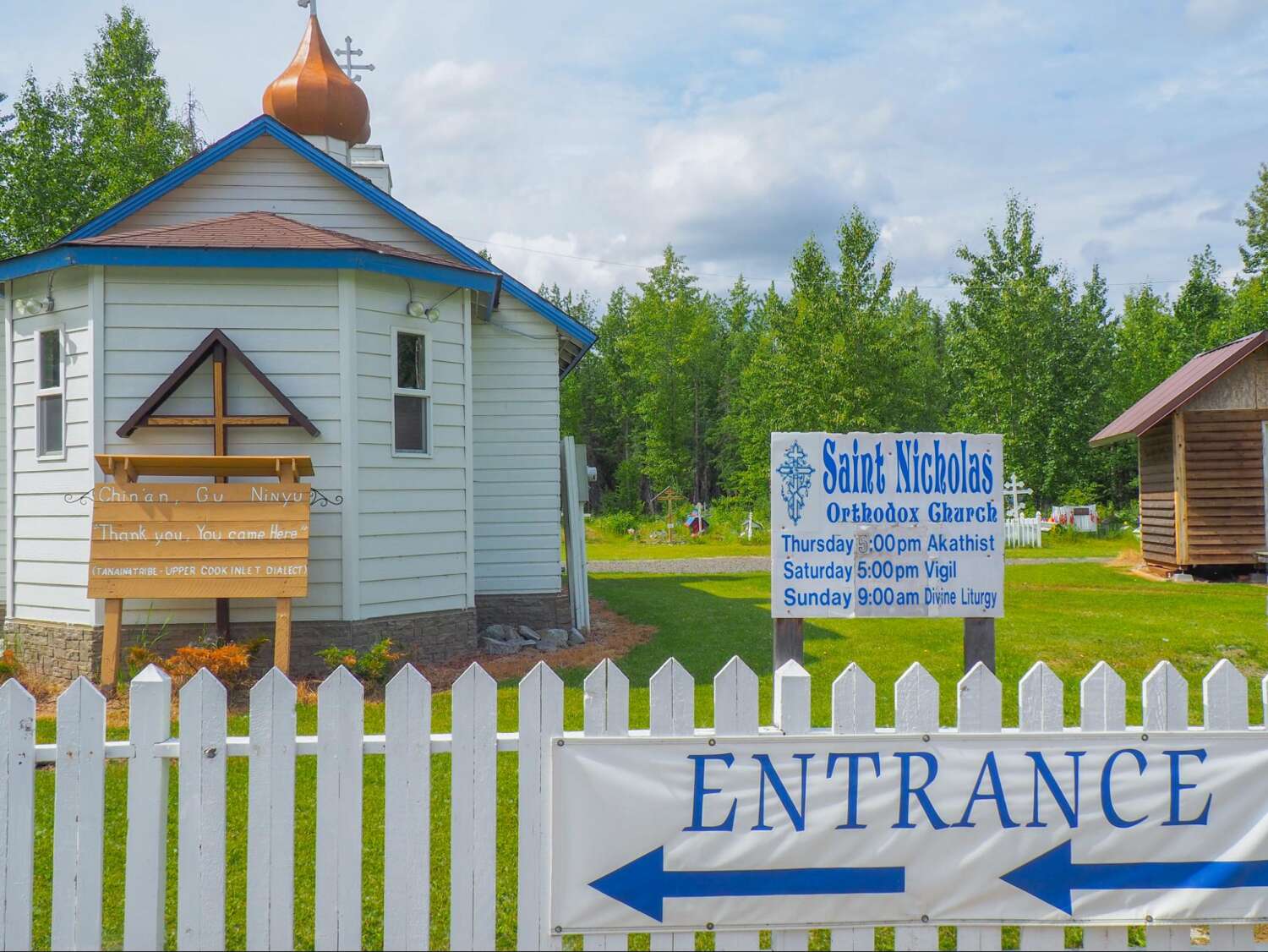 Orthodox churches are not rare in Alaska. They are scattered throughout the vast territory of the state. Several dozen churches continue to carry out missionary activities in different regions, inviting guests from other dioceses. Don't think that time has slowed down in Alaska: religion does not stop believers from keeping up with modern technology. On the website of the church of St. Nicholas in the city of Juneau, the capital of Alaska, you can pay the cost of a candle, and on your behalf, it will be placed in the iconostasis and a prayer will be said. Such an exotic way to communicate with higher powers is very appropriate during the COVID-19 pandemic. You can do this by following the link. 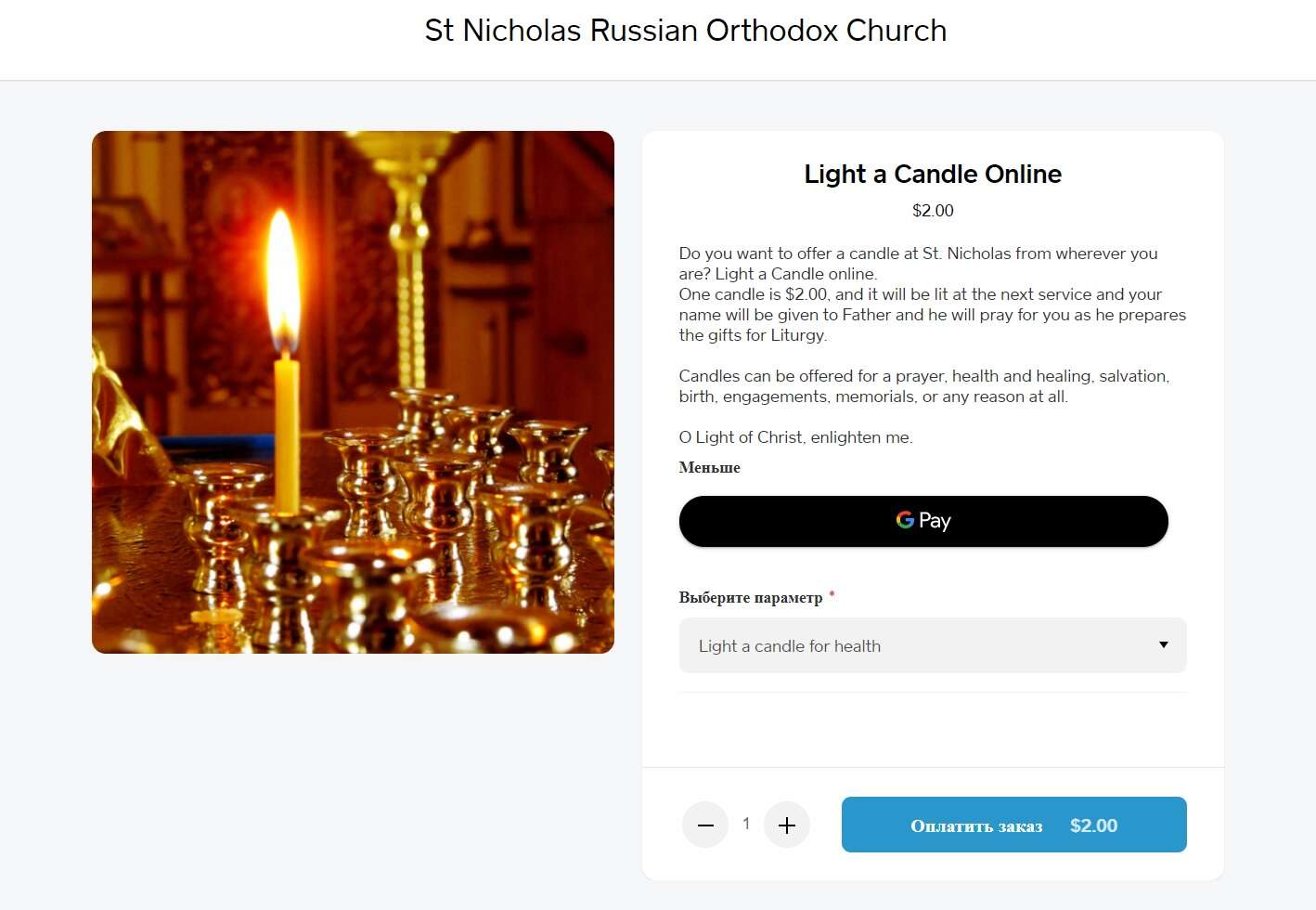 This is a small church, but they are active on social media.

Curious believers can watch the services and events for the flock in distant Juneau. 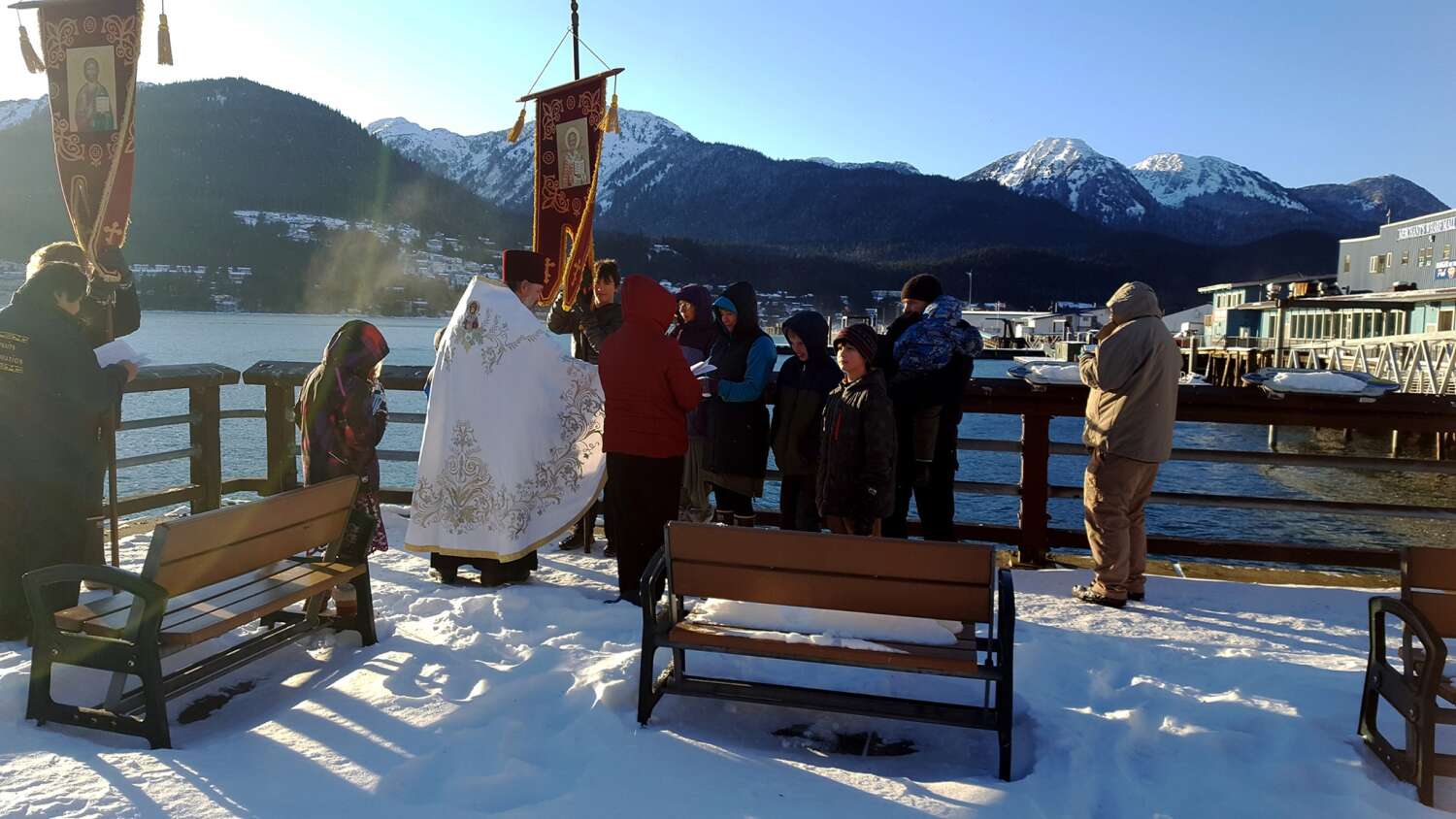 Huge uninhabited territories, harsh climate, dark winter months and warm summers when the sun does not leave the horizon - these lands invite guests at any time. How to get the most pleasant impressions from your visit, read in the article "Summer travel by car around Alaska on your own".

And our experienced and friendly members of Travellizy Team will become your guide through the amazing and unique Alaska!