Potsdam is Germany in miniature

If you find yourself in Berlin, and you do not have time to travel around the country, then you should visit Potsdam. This city has surprisingly preserved both the old city buildings and modern areas, places associated with the history of the Second World War, and completely unexpected sights. 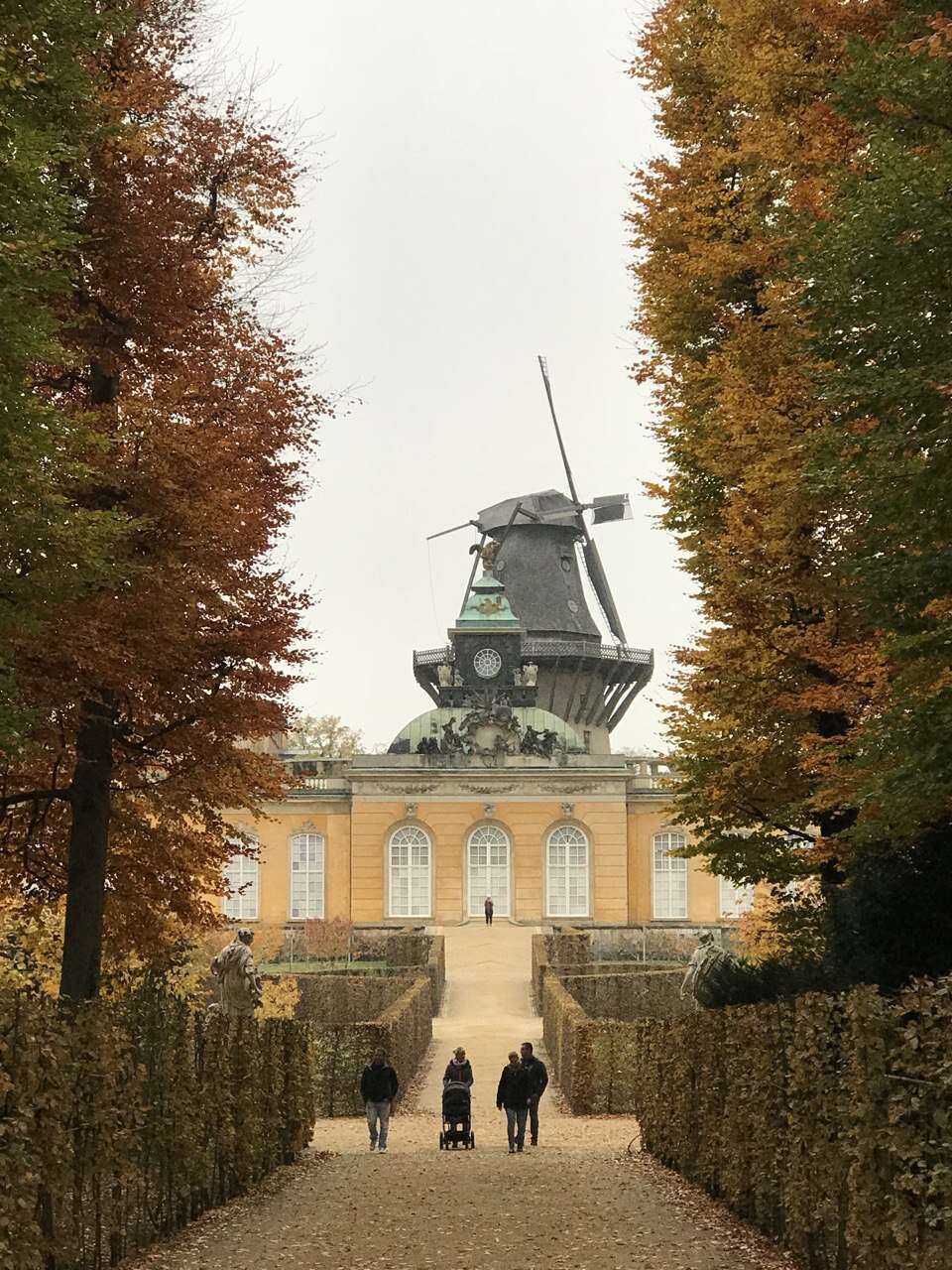 For many people, Potsdam is considered to be a satellite of the famous Sanssouci palace complex; there is nothing to do outside the wrought-iron fence. We will break your stereotypes. We must say right away that it’s really worth striving to cover everything in one day. Therefore, you will have to come there at least twice, or stay in this town for three days. Believe Travellizy Team, you won’t be bored, especially if you arrive in the warm season.

How to get to Potsdam

Potsdam is located 20 km from Berlin, in zone C, and can be reached by the S-Bahn city electric train. Therefore, if you have a daily or multi-day ticket for ABC zones, you no longer need to buy any additional tickets for trams or boats that go across Lake Wannsee in the summer. 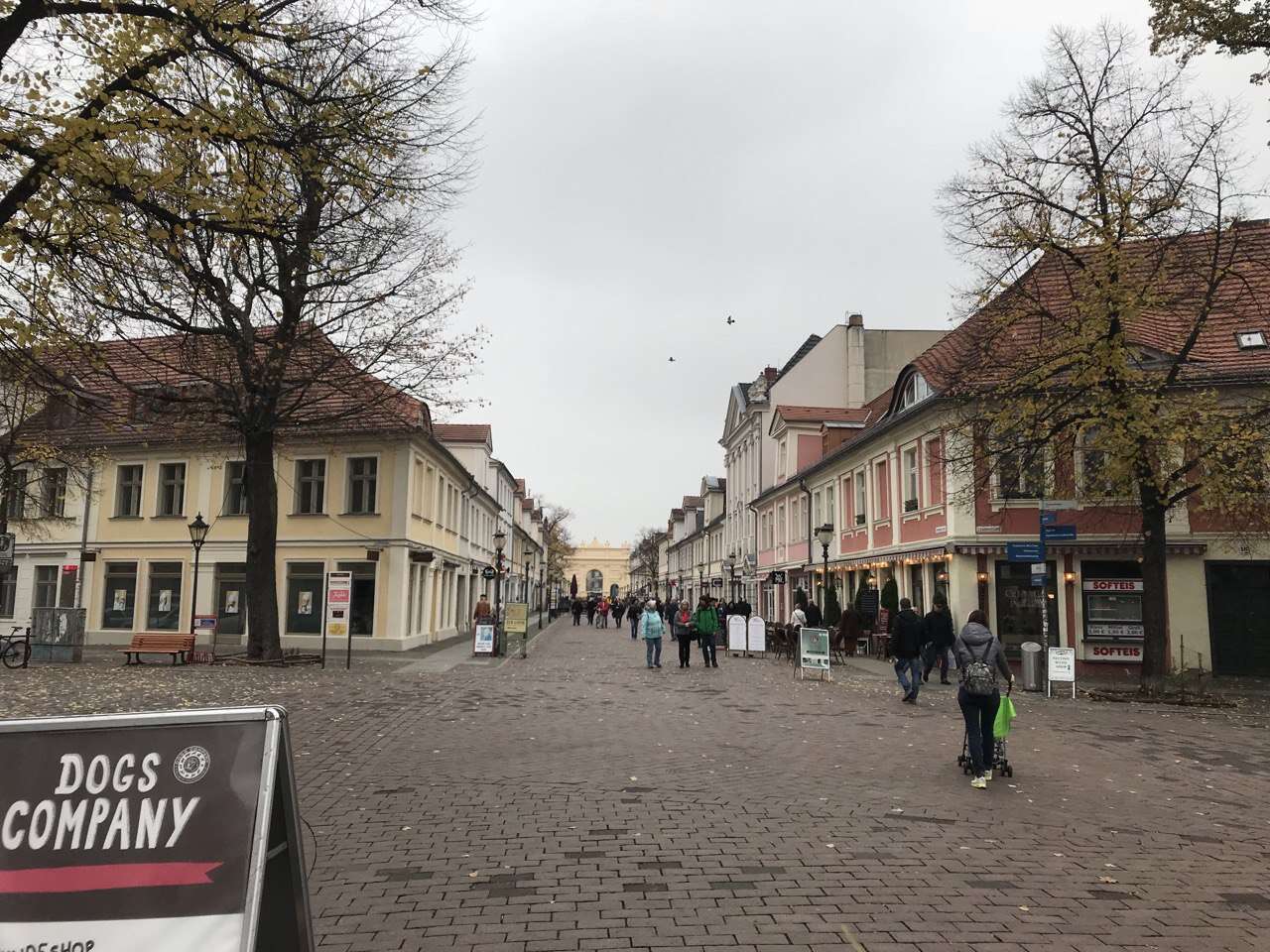 If you are heading to Sanssouci, then you need to find the bus stop 695 at the station. This will be simple to do: it will be the bus stop with the largest number of people at it. If you go for a walk around the city, you better take the tram N 93 and get to the famous Glienicki Bridge, and return on foot to the city center from there. If you want use bicycle transport, then you can rent it near the station. The city has a whole system of bike paths, so there is no problem getting anywhere.

The echo of the wars in Potsdam: from Napoleonic to World War II

There are several iconic places in Potsdam related to the history of World War II. One of them is the Bridge Of Spies. It is easy to find it. Coming out at the final tram stop, you will probably see the corresponding signs, and a stream of tourists heading in the same direction as you. After all, this is probably the second most popular attraction in Potsdam after Sanssouci. 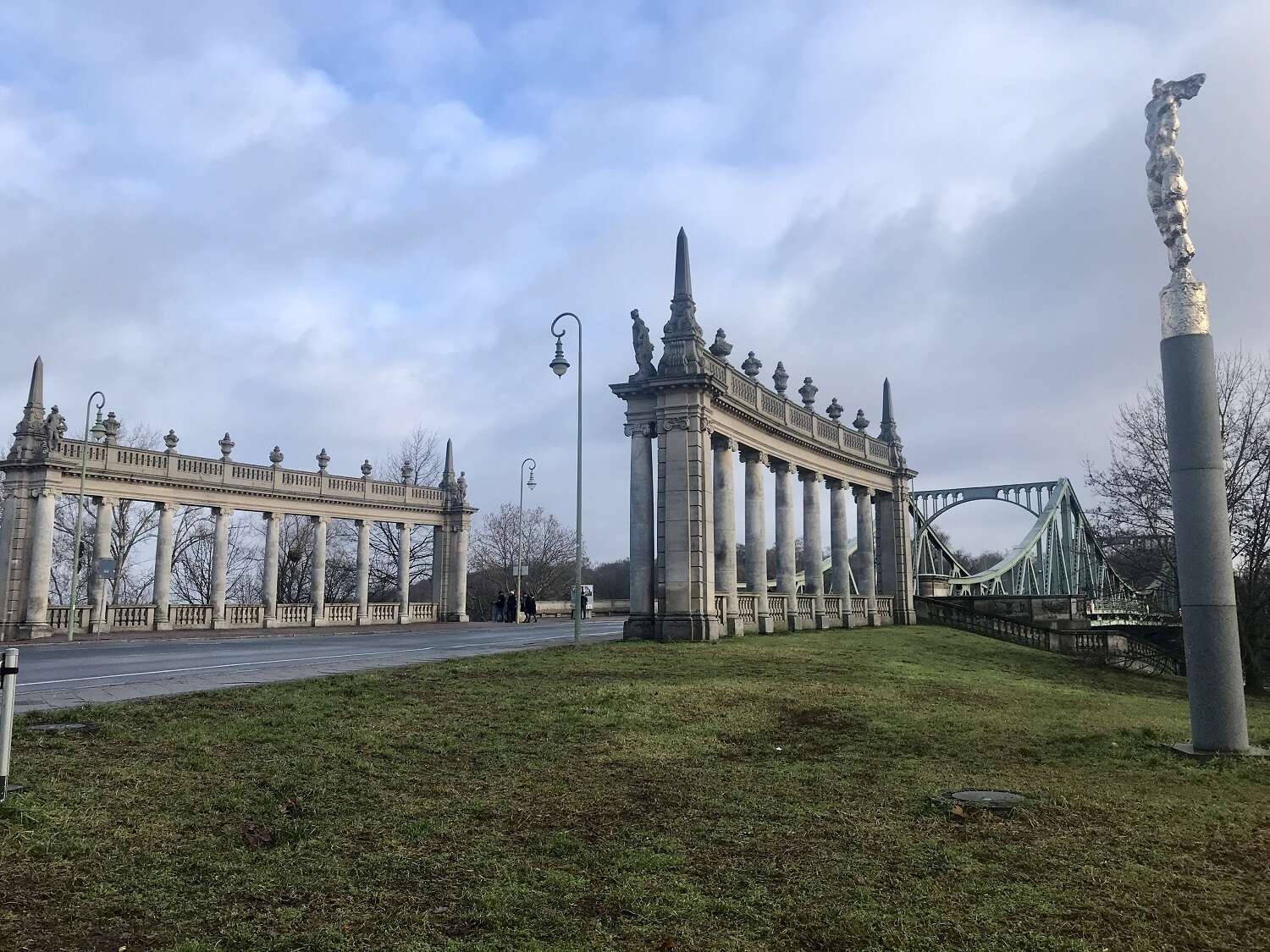 What is the bridge famous for? The fact that during the Cold War, there was the border of two worlds, socialist and capitalist, right in the middle of the bridge. Spy exchanges took place here at least four times. 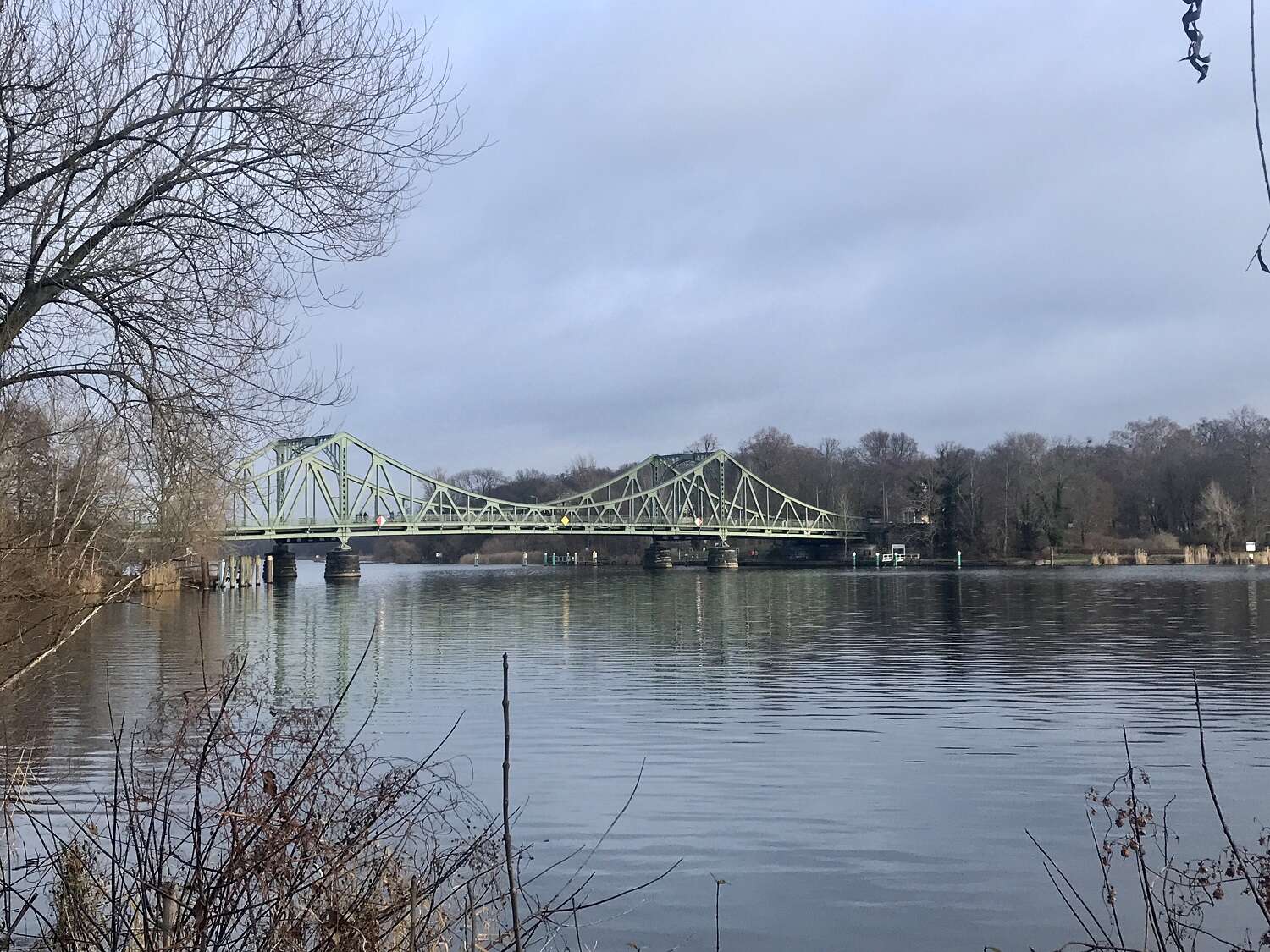 Now, walking along the bridge, it's hard to believe that recently, it was impossible to go to the banks of the Havel River - there were concrete blocks covered with barbed wire, towers with machine gunners. Nowadays, there is a huge park on one side and a residential area on the other. In the park, which is located opposite, you can stay longer. Next to the bridge, there is Villa Schöningen. Since 2009, it houses the Cold War Museum, which operates from Friday to Sunday. 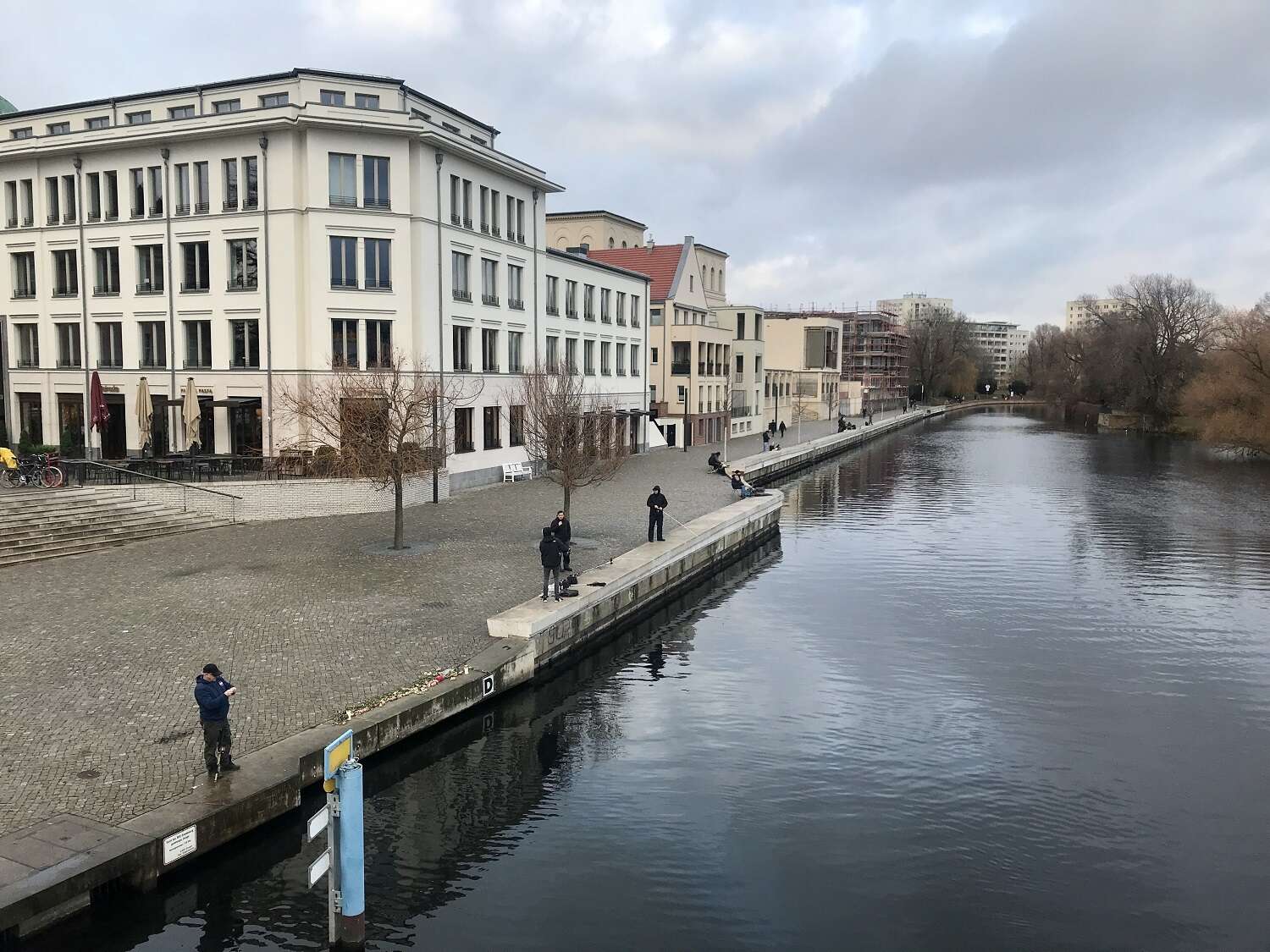 Another place worth visiting if you are interested in the history of the 20th century and if you have time is Cecilienhof Palace. It is twenty minutes walk from the bridge. This is the place where the landmark Potsdam Conference took place in July 1945, at which the modern world order was established. This residence is located in the beautiful New Garden, where, among other things, it will be interesting to see the Marble Palace and the unexpected monument to Frederick William II in a pyramidal shape. Not far from the palace, you will still find the KGB dungeon museum in the former prison, Villa Henckel and the Belvedere Castle on the Pfingstberg. 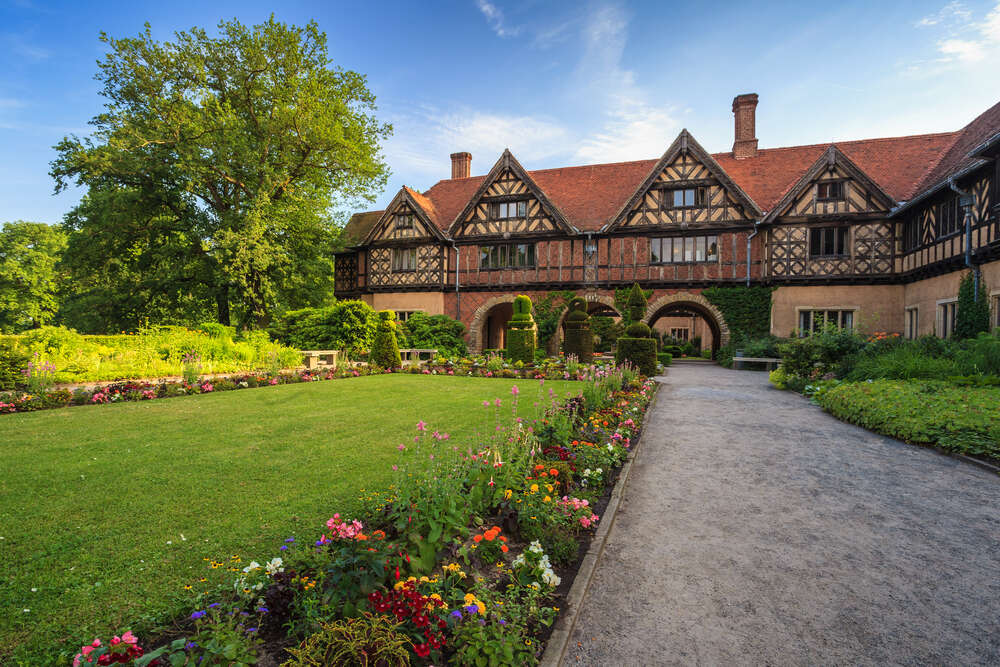 Cecilienhof and all of the above attractions are located in the area with the name Alexandrowka, which is atypical for Germany. In addition to the name, you will be surprised by Russian huts and domes of the Orthodox Church. This colony village appeared here two hundred years ago in honor of the friendship between Tsar Alexander I and the Prussian King Frederick William III. Russian military musicians who stayed here after the Napoleonic Wars settled in it. Today, only one family of colonial heirs lives in the village. There is a museum  in one of the houses. 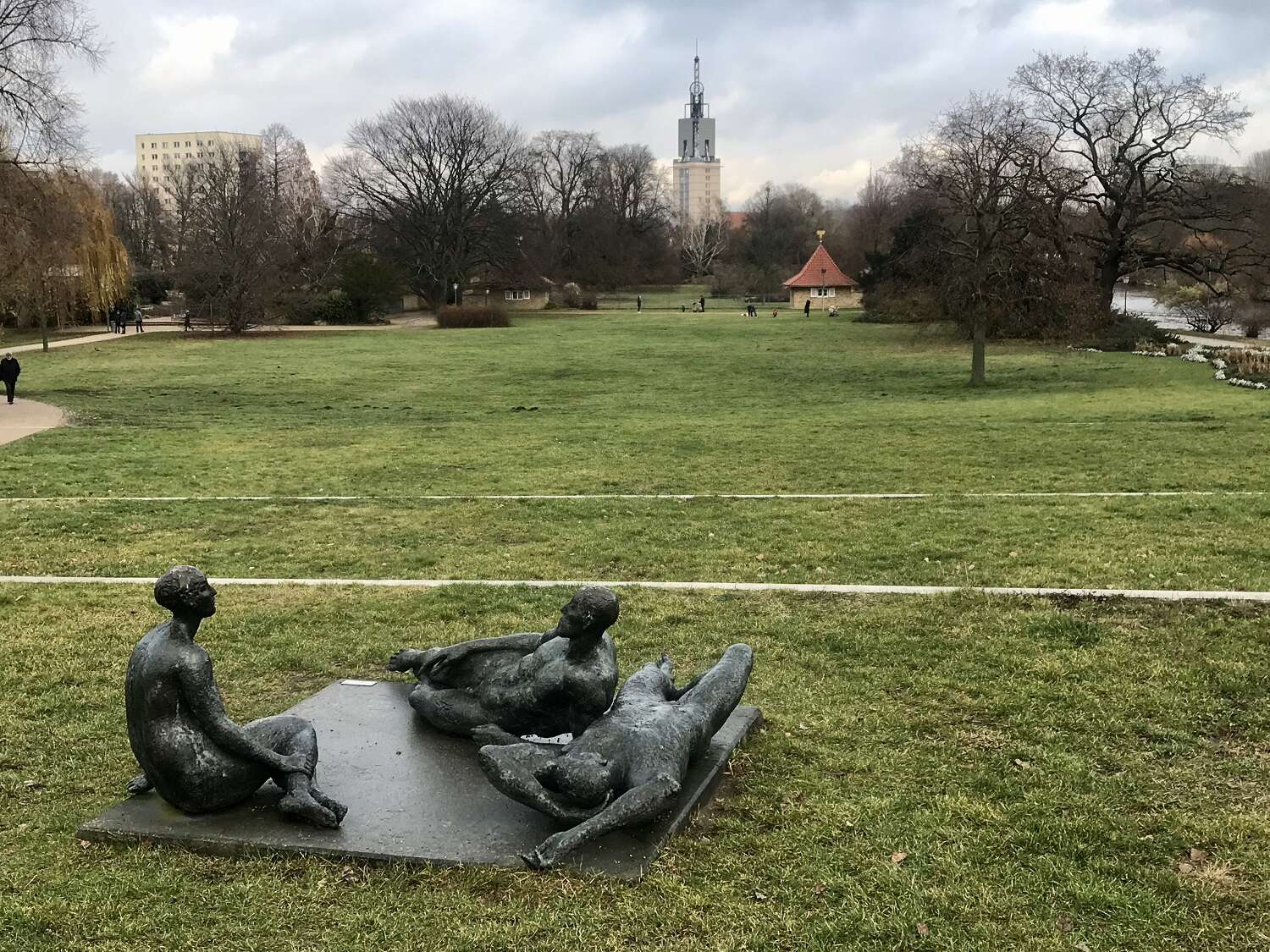 To explore all these interesting places carefully and leisurely, you will need almost the whole day.

Three of five gates in Potsdam

Let's return to the city center through the Brandenburg Gate. Yes, in Potsdam, there are namesakes with Berlin. It is worth to note that it is much more modest than the one in the capital, but it is 18 years older. 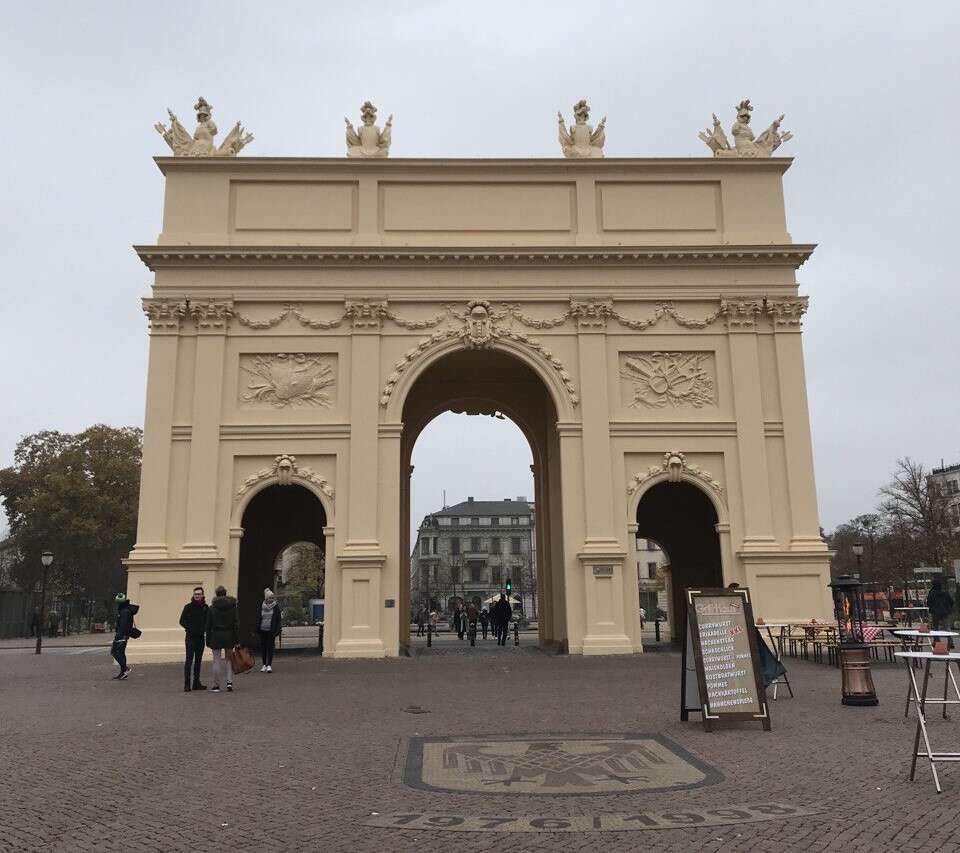 And here is another former entrance to the city, which was framed by the Nauen Gate. It looks much more remarkable and similar to the remains of a medieval castle. In fact, this is the first European building in the Neo-Gothic style, as it has towers, lions, lancet arches. 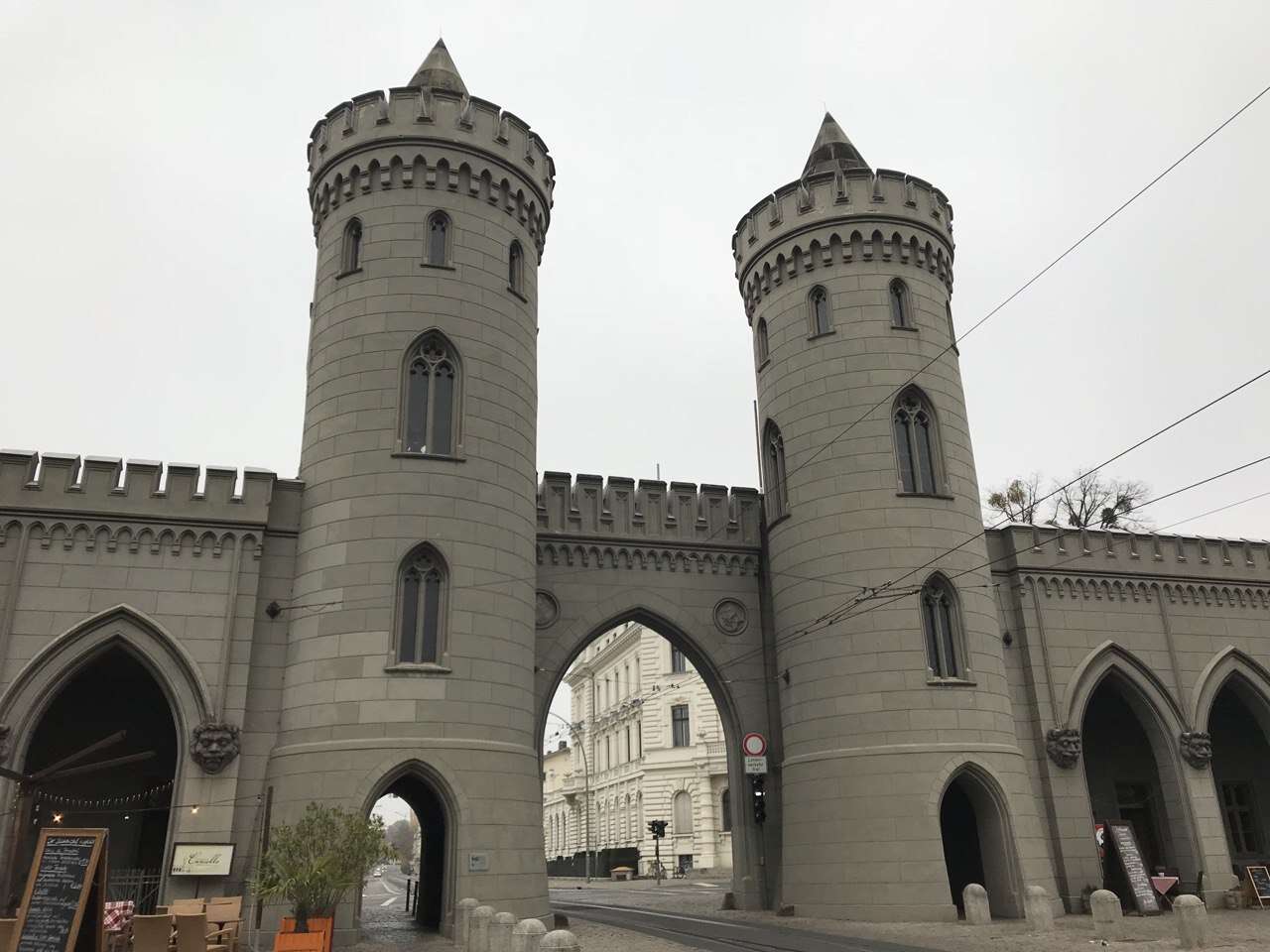 The third one is Hunters Gate. It was built in 1733 and is the oldest in the city. All these gates used to be part of the same city wall. But in 1869, the wall was demolished and three of the five entrances to the city remained. Today, they are situated in small areas with many cafes around. It is always crowded there. 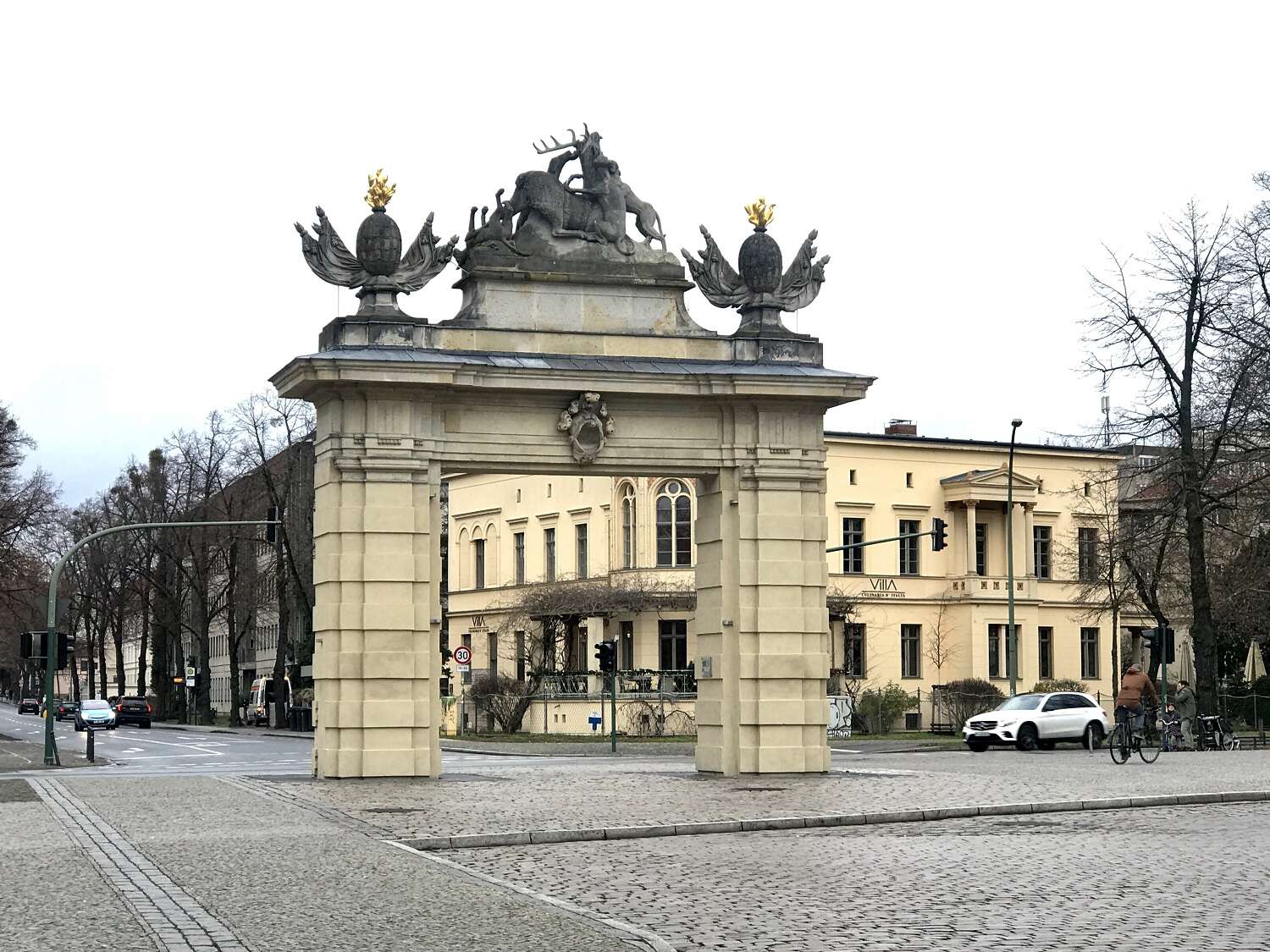 Have you noticed that Potsdam is a city of contrasts? No? Here is another place that will surprise you. Dutch Quarter. This area was built three hundred years ago for the Dutch masters, who thus should have been poached to Germany. Here, almost everything is like in some small town in the center of the Netherlands: traditional architecture, brick houses, tiled roofs (except there is no mill). In the days of the GDR, the area was in decline, but in the 90s, the Royal Dutch family helped in the restoration of houses, so it is a very popular tourist destination now. Instead of the old workshops, there are fashionable shops, cafes and restaurants here. 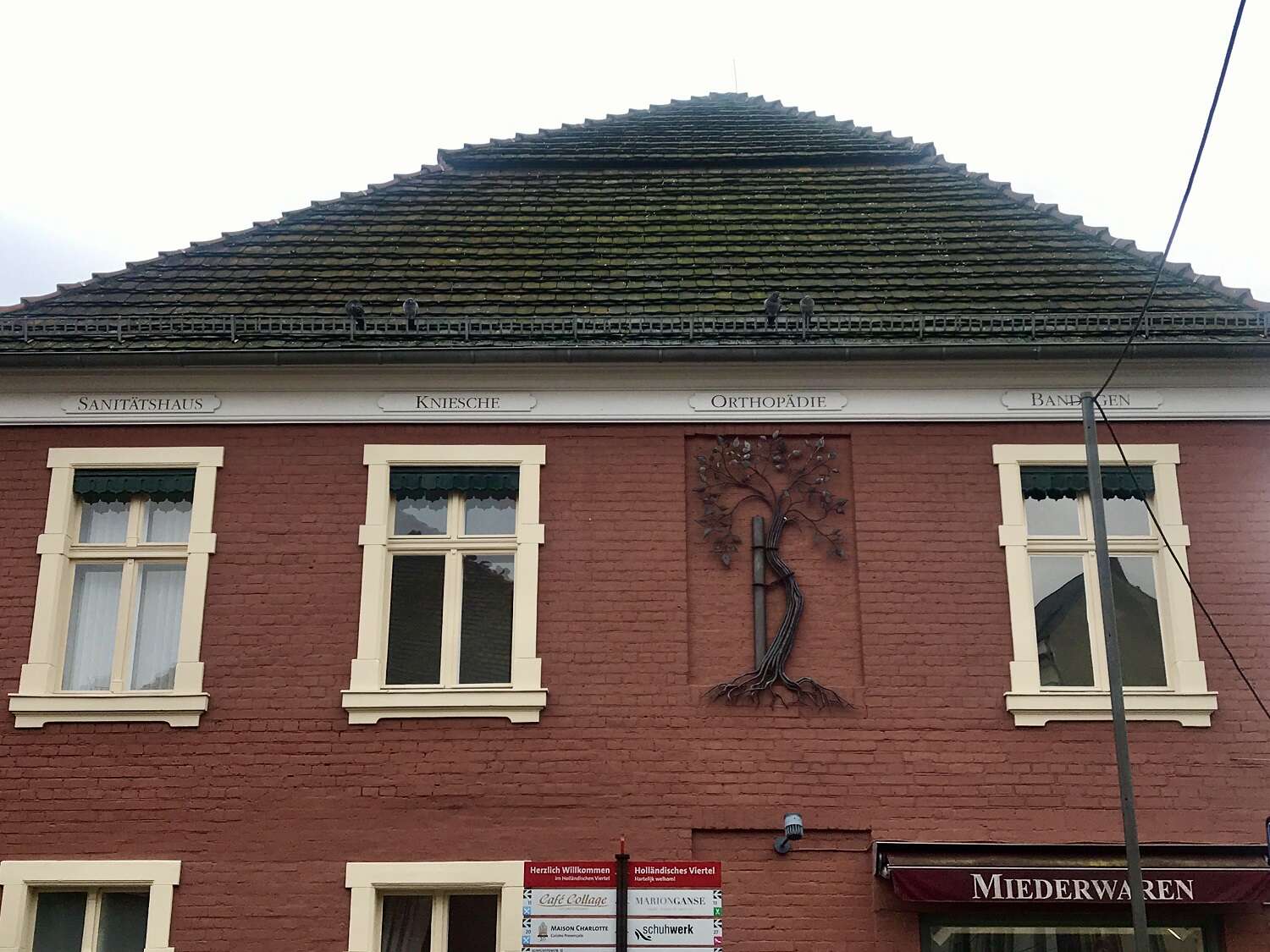 In April, a tulip festival is held here, in September - a large ceramics fair, in December - a Christmas market on the church square. 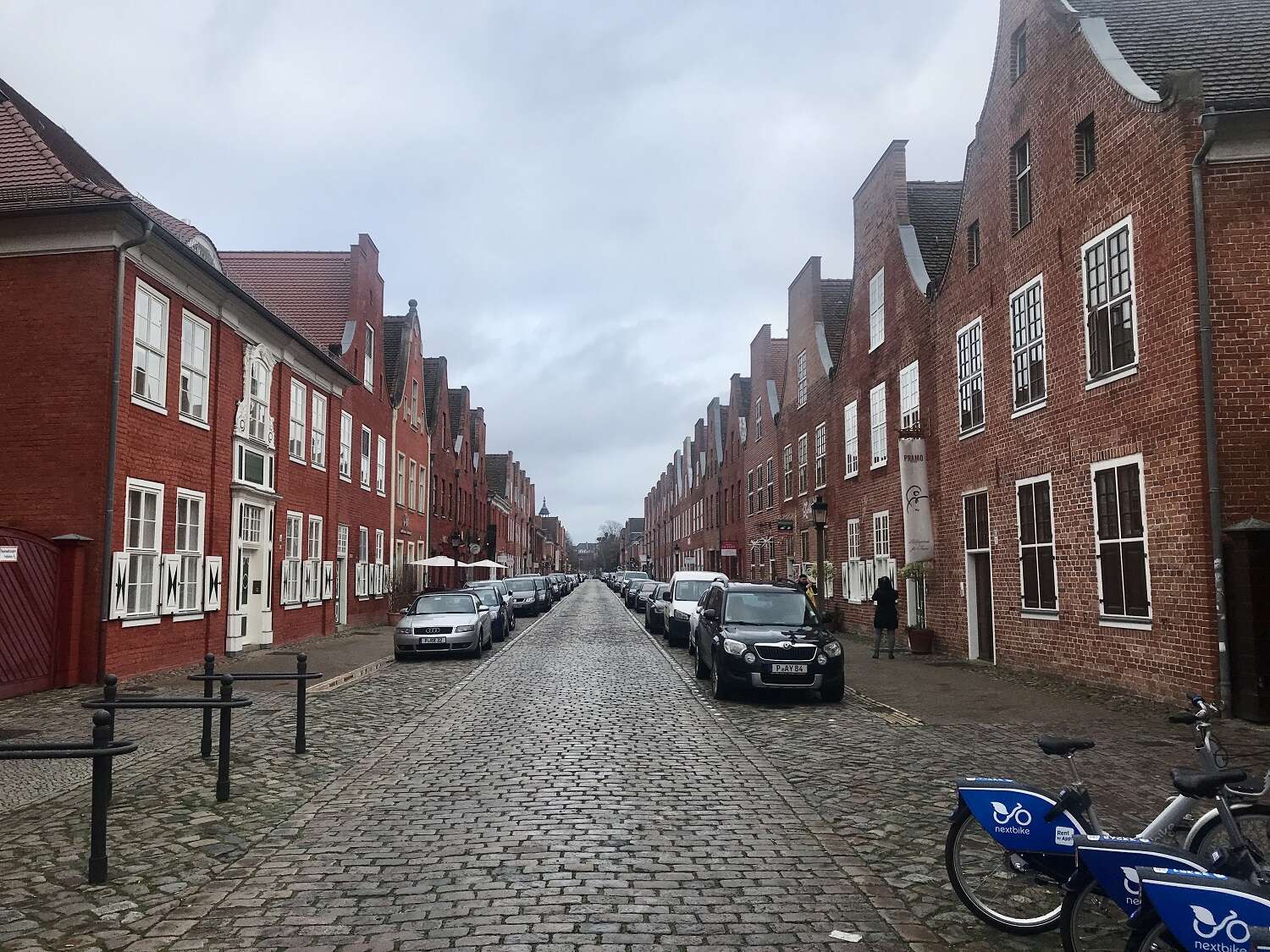 After passing through the quarter, you will find yourself in a completely different atmosphere of a small European town with two- and three-story neat houses, where it’s nice just to walk leisurely along its streets. There are another two market squares - Old and New, on which the Barberini Palace is located. In 2017, the building was restored and a magnificent art museum was opened in it. All this is generously complemented by modern street sculpture, which emphasizes the beauty and originality of the city. 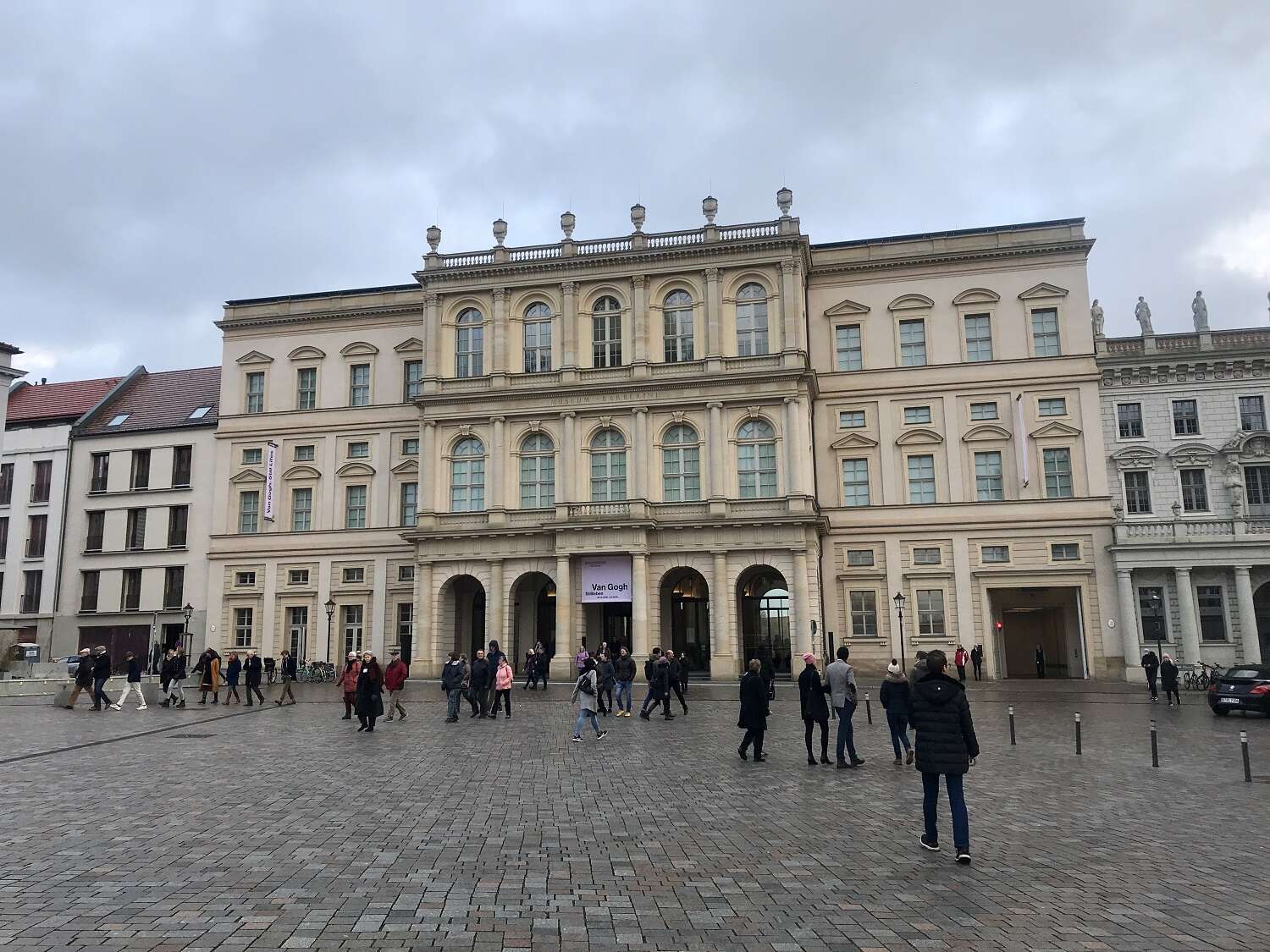 10 Destinations in Germany Off the Beaten Path

Well, where else would it be if not in Potsdam? During the time of socialism, on the site of the oldest and largest German film studio Babelsberg, which was founded in 1910, the new film studio called DEFA was founded. It existed until 1992. In 1991, an amusement cinema park was laid here. And now, you can spend almost the whole day moving from the pavilion to the pavilion, participating in filming and stunt tricks. But you must take into account that this park operates only in the warm season - from March 23 to the beginning of November, as well as the cinema museum in the very center of the city. 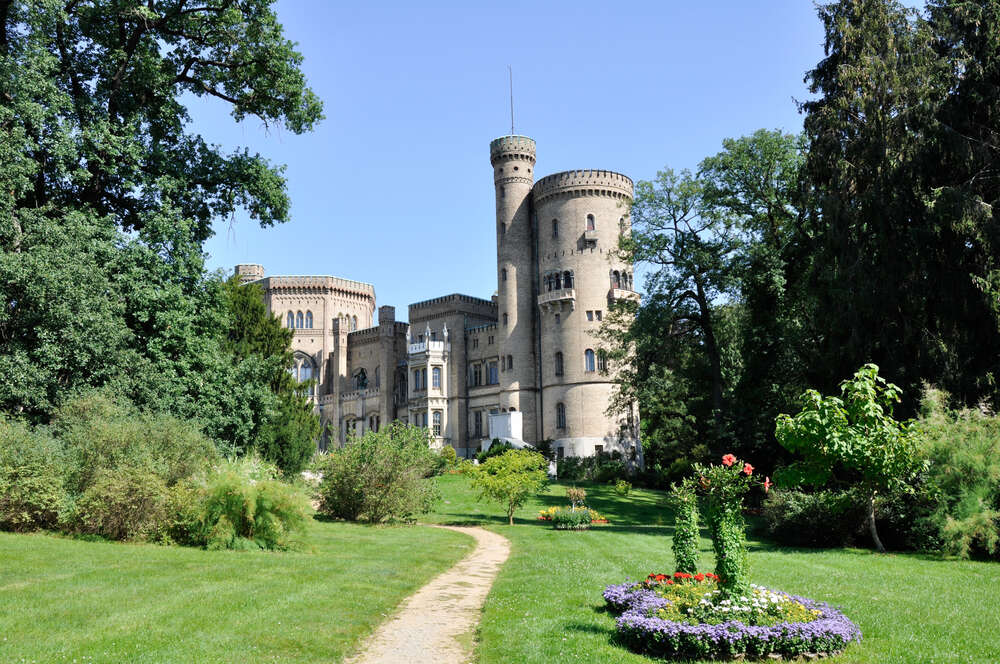 In the 80s of the 20th century, a cinema museum was created in the oldest building of the city, the city stables, which were previously a greenhouse. And this is not just a museum, but an impressive complex with a cinema, film school and exhibition halls. But, again, it works just like Babelsberg does: from late March to early November. 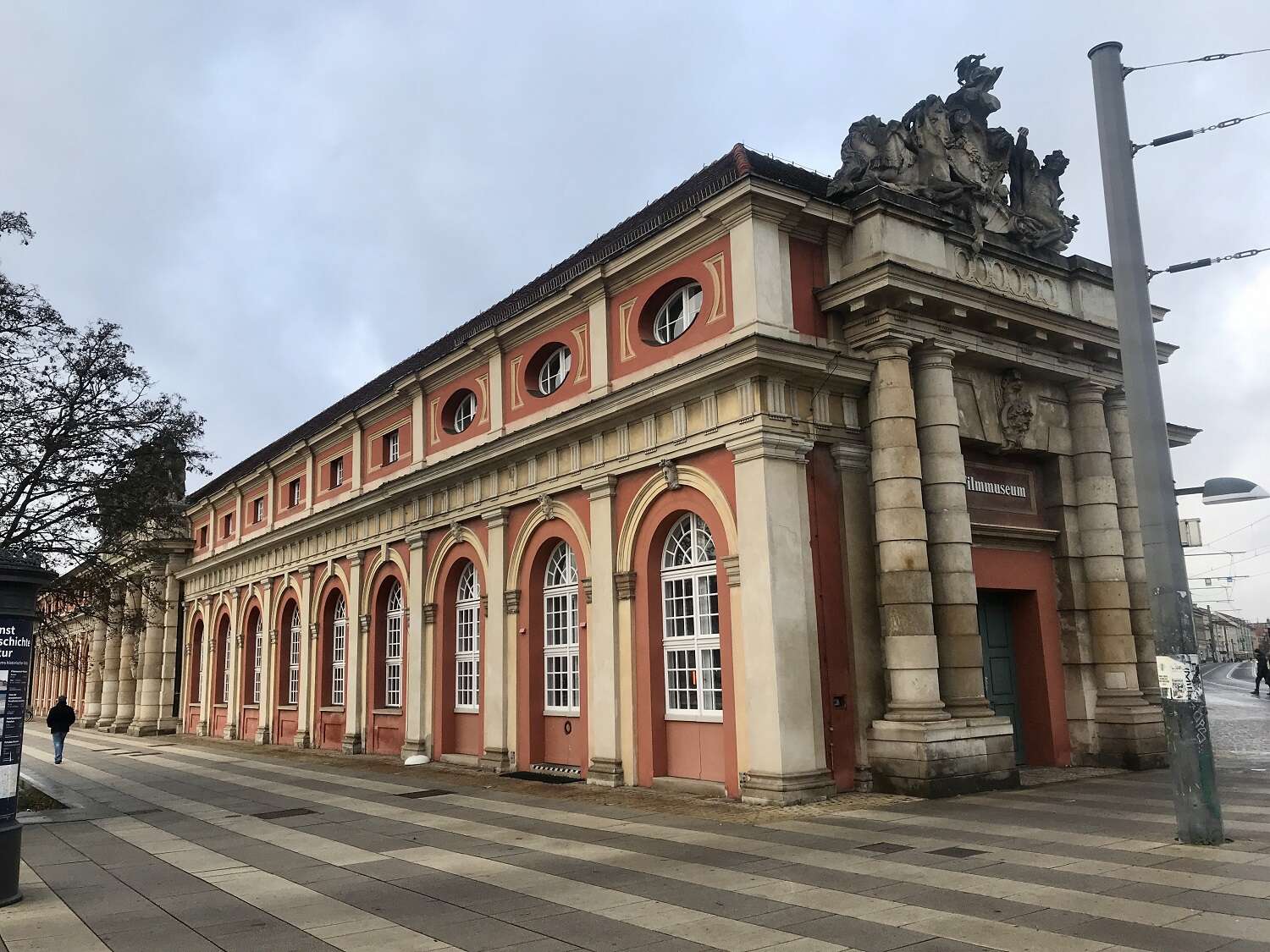 By the way, since October 2014, the Potsdam Film Festival has been held in the city, the main prize of which is the Golden Eagle.

Festivals and holidays of Potsdam

We have already mentioned several festivals that take place in the city. But others should be noted too. The largest and most colorful festival is the “Potsdam Palace Night” in mid-August. At this time, theater groups and musicians from all over the world come here. And exhibitions, shows, concerts and performances take place in different parts of Sanssouci. 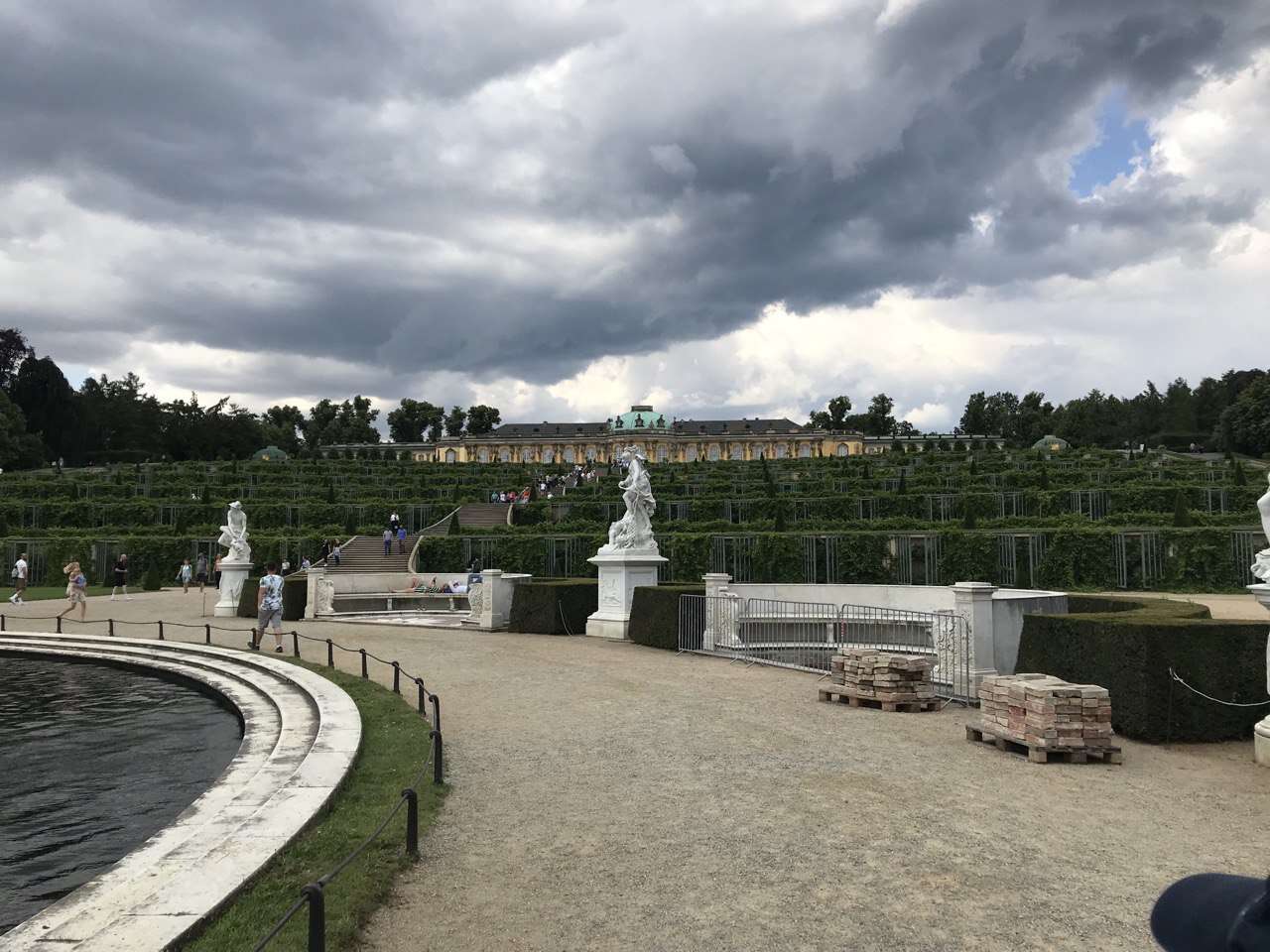 Another worthy festival for which you should come to Potsdam is the Classic Open Air in the Lustgarten. Its attractiveness is in combination of two programs - classical and pop-rock, which take place on parallel stages. 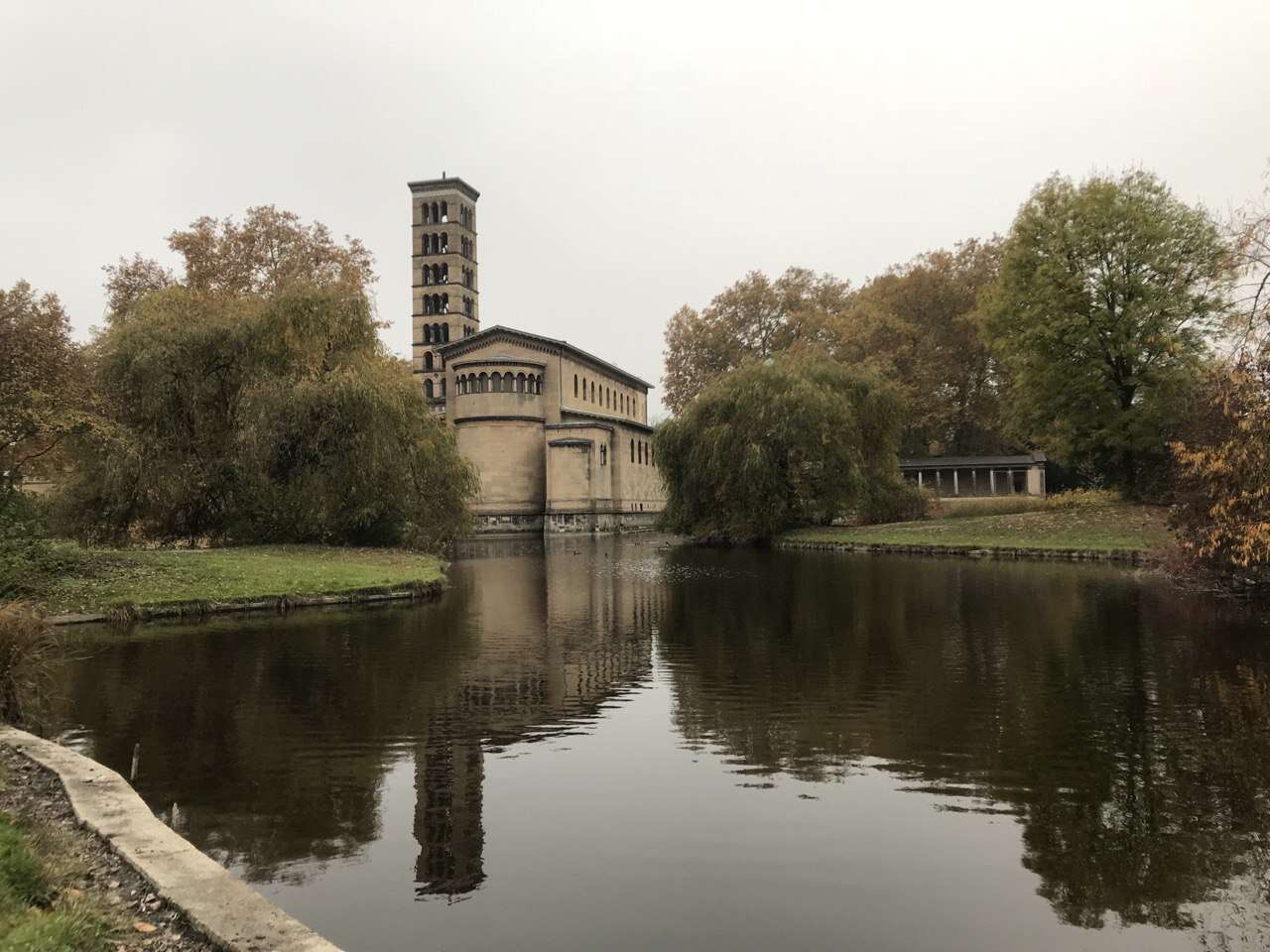 And do not forget that every weekend, concerts of classical music are held in gardens and parks, which are simply nice to come to, taking with you a bottle of wine, of course, German one.