Fall In Love With Munich From The Very First Second

Munich is considered to be the most expensive city in Germany, although flights to Munich are the cheapest compared to other German cities.

Munich is famous for its house of BMW, white pork sausages, the country's largest beer hall, the Hofbreuhaus, and the Bayern Munich football club.

But the really important thing is that Munich makes you fall in love with it at first sight.

Stunning architecture, smiling Germans, a charming English garden and delicious German beer, accompanied by a cheerful atmosphere of joint tables in bars - that's how the real Munich looks like.

In Munich, you can walk for weeks at any time of the year and enjoy every minute spent there. You need to visit this fabulous city at least once in a lifetime. 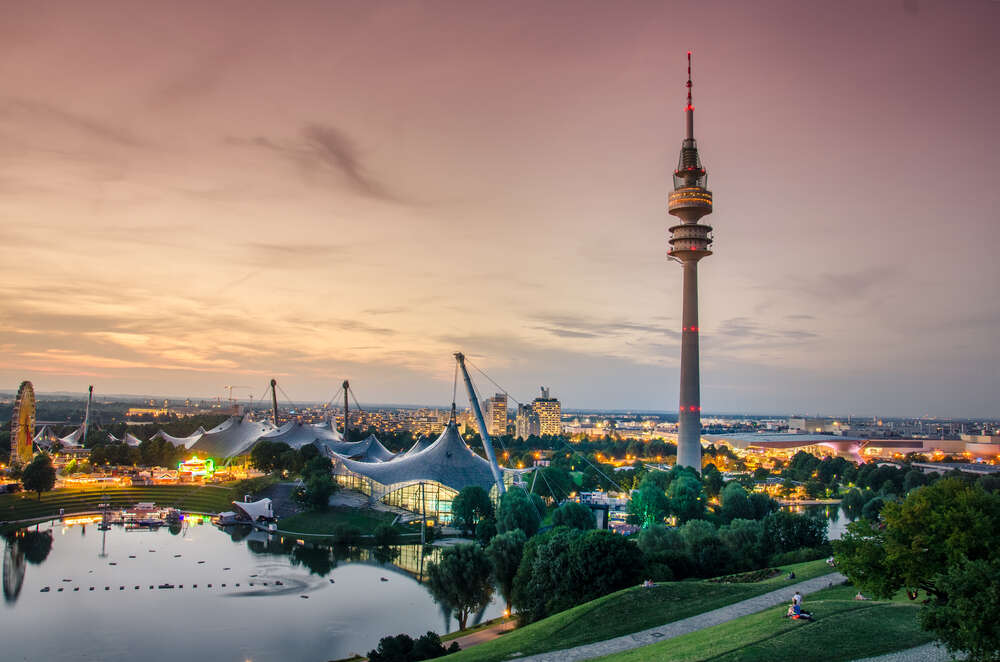 What Munich is interesting for

No matter how many times you've been to Munich, you might never understand this city. It is too big and diverse.

Judge for yourself: the richest city in Europe, where the number of billionaires per square kilometer is staggering, but there are no insanely expensive cars and elaborately dressed people.

It's city with a huge historical center, full of old buildings carefully restored after the British bombings, and at the same time, it's a center of world industry, where such giants as BMW, Audi, MAN, Siemens, Microsoft, Burda, Mercedes-Benz coexist. 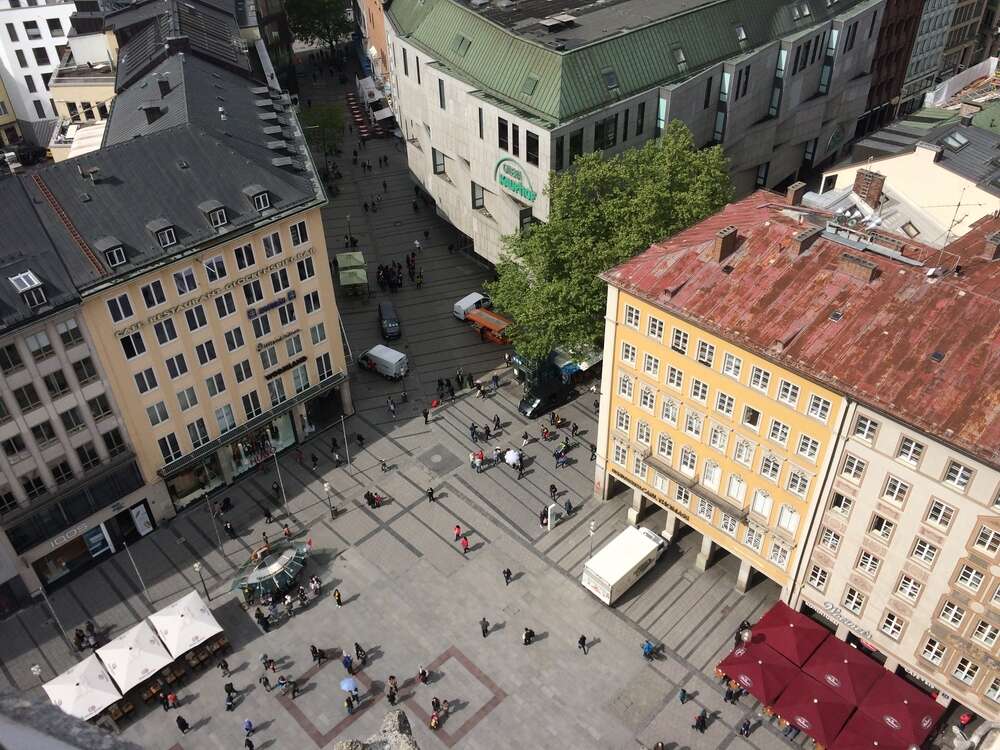 In this city, people deliberately like to wear Bavarian national costumes and emphasize that they are not Germans, but Bavarians, reverently preserving their traditions and holidays, but at the same time welcoming guests from all over the world to the legendary Oktoberfest or the Olympic Games.

It's a city where the incompatible elements combine: the beer capital of the world, in which a slim person is considered to be ill, and at the same time a world sports center with biathlon stadiums and the famous Alliance Arena, where the local Bayern Munich shamelessly crushes rivals in football matches. Truly imperial squares, reminiscent of the forums of Ancient Rome, the royal residences of the Wittelsbach are located next to ultra-modern residential areas and industrial districts that look like cities of the future from science fiction novels. Ancient museums where the treasures of the ancient world, the Middle Ages and the Renaissance, paintings by Raphael, Rembrandt, Rubens, Brueghel, Titian and Leonardo are kept, and modern exhibition complexes where you can see the masterpieces of Picasso, Degas, Gauguin, Kandinsky, Magritte, Van Gogh, Dali and many other geniuses. 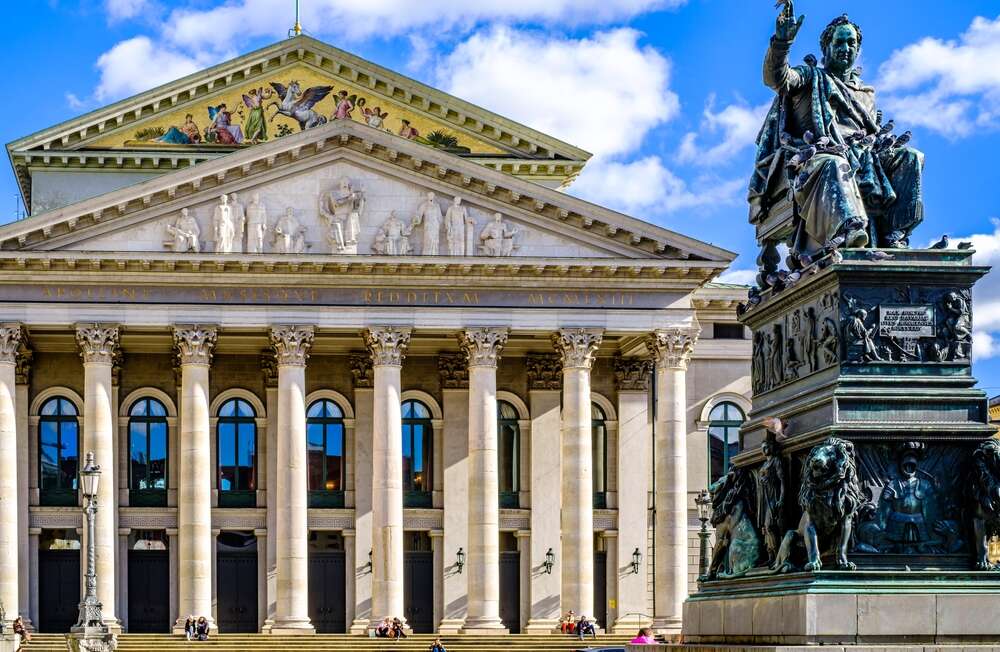 It's not easy to find time in Munich to post something on Instagram. In cafes, if you ask for the password to Wi-Fi, the traditional answer will be "No Wi-Fi, we enjoy food and each other!" That's how! Munich makes you falls in love with it with the first breath, with the first sip! Bavaria and the Bavarians consider themselves non-Germans and from time to time try to secede from the Germany. It’s like a suddenly rich relative trying to forget his relatives and start life with a new bloodline. Bavaria considers itself to be very special, rich, which is true, the richest land in Germany, and really wants to become independent, they speak a dialect and have their own traditions and habits unknown to the rest of the German people. The population of Munich is 1.4 million, about 2-2.5 million people from all over the world come here during the festival.

The walking route around Munich

It's time to go for a walk! For example, along the Isar embankment.

● We start from the Vater-Rhein-Brunnen. The fontain is located opposite the Deutsches Museum, on the side of the Müller's baths. Another landmark is the cultural center Gasteig.

● In front of St. Luke's Church, we cross the bridge to the right side of the river. Beautiful photos can be taken here, and a great view opens from the bridge.

● Walking a little further, we find ourselves in a park called Maximiliansanlagen. The park is great for a picnic, so bring some light snacks and drinks with you.

● Next stop is Maximilianeum. The majestic building was built as a university, but after the war passed to the Parliament of Bavaria. A short stop and we move on.

● Monument to the Angel of Peace. The angel statue is fully gilded and mounted on a 38-meter column, so you will definitely see it, especially on a sunny day.

● From the Angel of Peace, we offer you to turn into the city, onto Prinzregentenstraße. Walking along this street past the Bavarian National Museum, we will end up at one of the most popular miraculous attractions in Munich.

● Surfers who practice daily on the artificial wave at the entrance to the English Garden, gather crowds of tourists around them.

● This is where we will end our walk: some of you will want to stay in the park and drink beer in the beergarten near the Chinese Tower, while others will go to the city center for dinner. 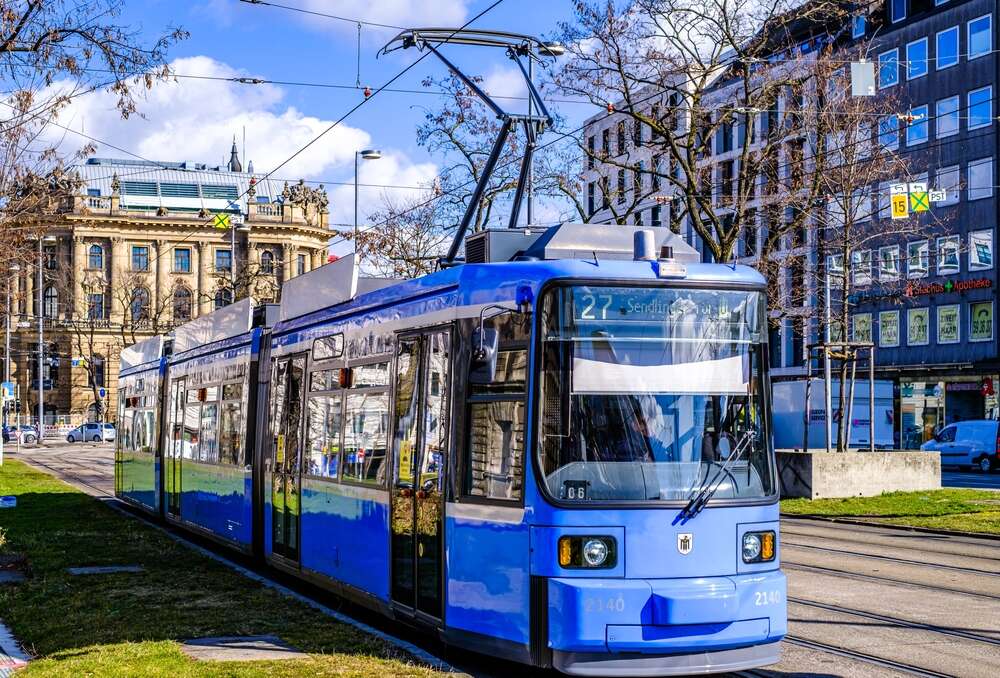 Munich makes you fall in love with it at first sight and forever. This city has something special for absolutely everyone. It depends on what your preferences are - art, architecture, cars, sacred relics, sports, shopping, beer or schnapps, Bavarian knuckle or Regensburg sausages. This city has all the ingredients to make anyone happy, and yet they do not compete, but complement each other.

“I want to create a city out of Munich that would raise the honor of Germany so that no one can claim that they know Germany until they see Munich!” - the Bavarian king Ludwig I once said. And the Wittelsbachs succeeded here for 100%.

✈️Choose your air tickets on the Travellizy website✈️
Read more:
➱ 10 Destinations in Germany Off the Beaten Path

➱ Raise your beers for Oktoberfest - in Munich or elsewhere