Things to see in Panama

Countries such as Panama are rarely featured in travel agency advertisements.  Last minute tours are rarely sold there, and there is no way to get there in a couple of hours. But the more attractive such countries are for those who like to explore new corners of the planet that have not been trodden by tourists. Today, we will tell you why you should cross half the world and step on the hospitable land of the Republic of Panama.

The capital of the country is not the most popular place in Panama, but it still deserves attention of an inquisitive traveler. Modern Panama City is a whimsical pattern of glass-concrete skyscrapers, slums, colonial heritage, museums, markets and shopping malls.

The most interesting area of   the Panamanian capital, which should be visited first of all, is Casco Viejo (old quarter). Some of the houses in this UNESCO-protected area are 500 years old or more. Casco Viejo, like any old area of   the old city, has the reputation of a seedy area, but in the daytime, you can safely walk around it. A huge number of cafes, hotels, museums and other interesting objects are concentrated here, and the very architecture of Casco Viejo will make you take more than a dozen photos. 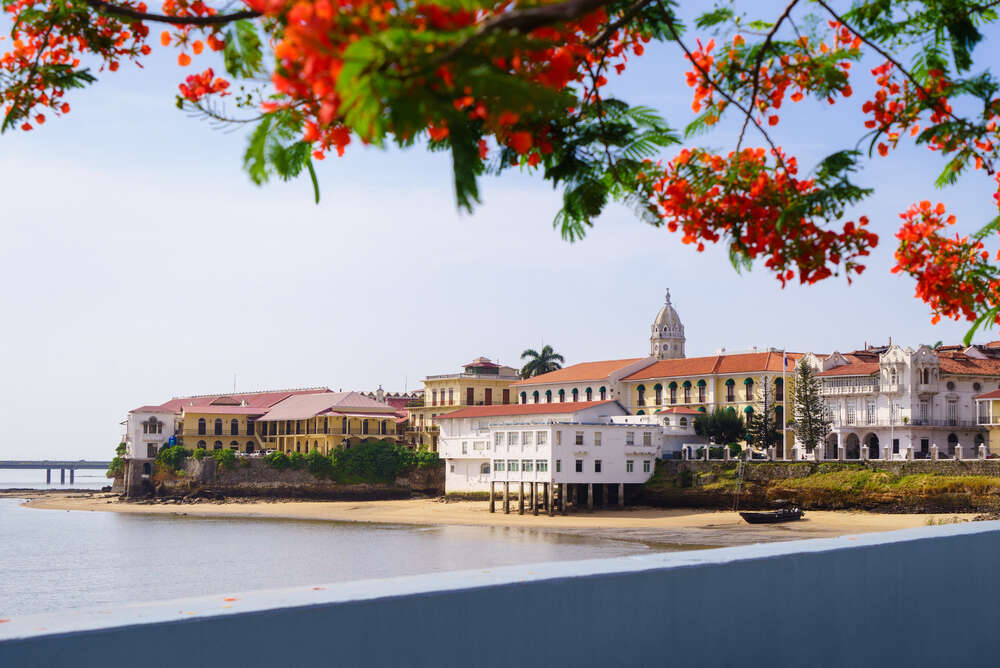 Do you like walking along the sea? The perfect place for this in Panama City is called La Casa de Amador. This is a road that runs along an embankment that was built to connect a series of small islands off the coast. The road is very picturesque and looks especially charming at sunrise or sunset. Walking along La Casa de Amador, you can admire the skyscrapers of the business center shining in the sun, see the famous Puente de las Americas (Bridge of the Americas), and also visit a museum.

Biomuseo, the museum of biodiversity, is a very unusual object. Even from a distance, it is clear that it is very different from most museums. The multi-colored broken roofs give the impression that there is not one building in front of you, but a mix of a dozen bright houses. Inside, you will learn about the history of the Isthmus of Panama and how it influenced the flora and fauna of the planet.

The most prosperous, clean and respectable area of  Panama City is the financial district. There is no color of old streets here, but if you prefer high-rise buildings, well-groomed parks and expensive restaurants, then this is the right place for you. And the best view of all this luxury from the side opens from the top of the hill called Cerro Ancon. 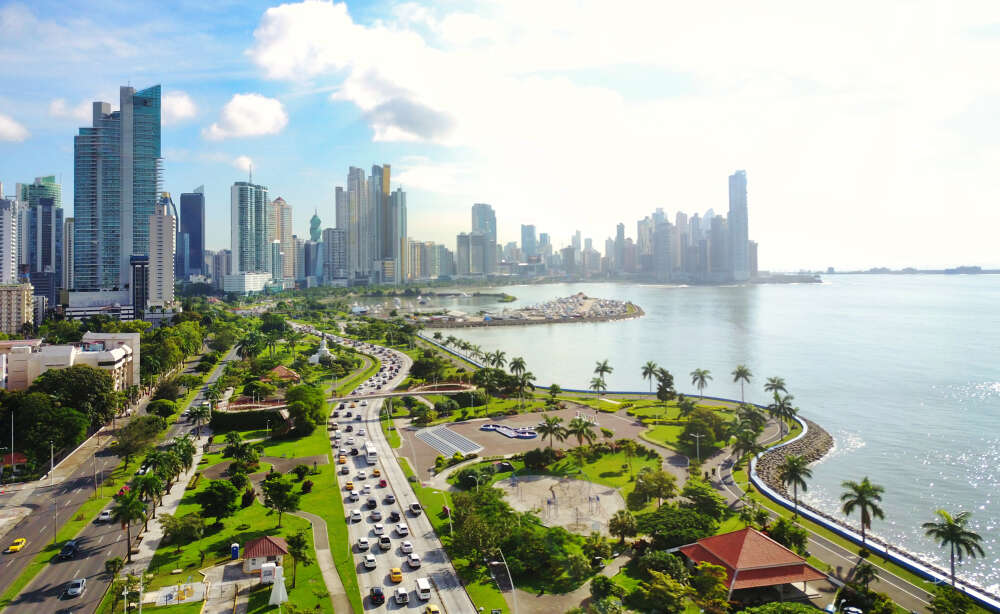 Of course, when visiting Panama, it is impossible not to look at the Panama Canal. The landmark creation of human hands is striking in scale, and before the visit, it is worth at least broadly to learn about the history of the construction of the structure. The lock closest to the capital is called Miraflores, and tourists are taken to it.

In the evening, the Bridge of the Americas and the Centennial Bridge look very impressive, and walking in the dark is better in a safe financial district than in the old city.

If you want to see not only the capital, but also other cities and towns of Panama, then you should definitely stop by Bocas del Toro. The town is considered to be the local tourist capital, attracts with an abundance of entertainment and proximity to the Panamanian archipelago, a scattering of islands in the Pacific Ocean. Bocas del Toro is a haven for European backpackers, creative youth and all sorts of bohemian audiences, so it has nothing to do with a calm respectable vacation. But it is a great place for surfing, diving, snorkeling and other water-related activities.

A quieter place is the town of Boquete. No wonder it is in the top of the best ones in the world for retirement. It’s a small settlement in the Chiriki Highlands area surrounded by volcanoes and coffee plantations with many picturesque places in the vicinity to admire the sunset and sunrise. By the way, from the top of the Baru volcano, the highest point of Panama, you can see the waters of two oceans at once - the Pacific and the Atlantic. The best way to explore the surroundings of Boquete is by renting a moped. Or you can try yourself as a gallant conquistador and ride a horse through the jungle. Or maybe you prefer hiking? Walk a trail called the Sendero de los Quetzales that winds through incredibly beautiful jungle. When hiking, you can see the quetzal bird, a rare endemic to Central America. Other entertainments in Boquete are river rafting and excursions to coffee plantations. 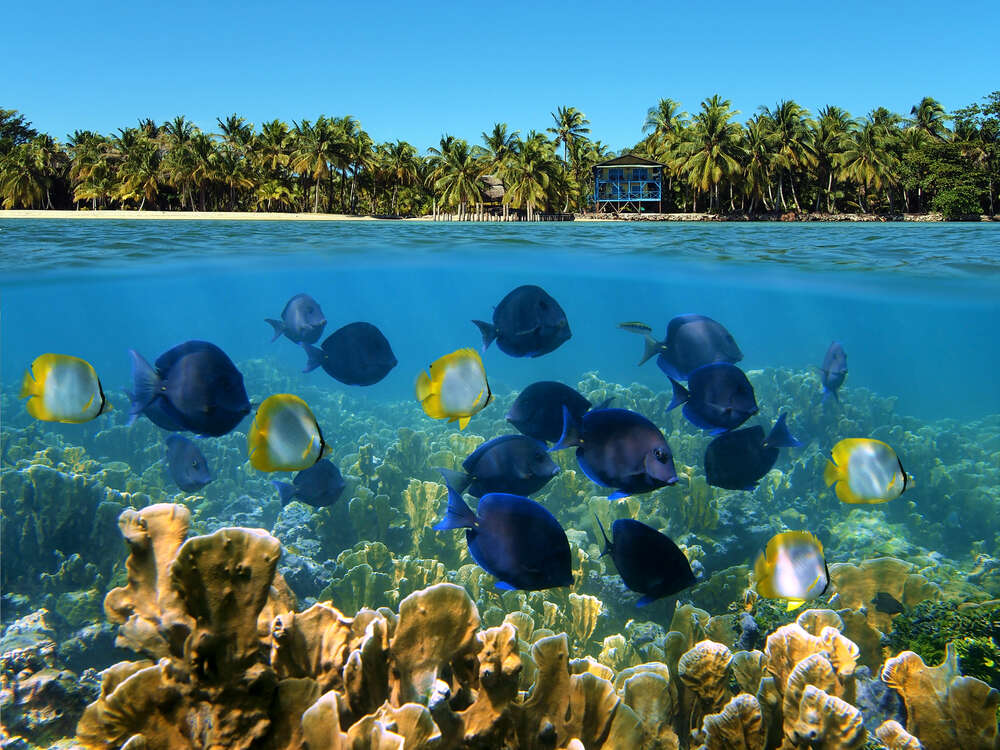 The tiny town of El Valle de Anton is famous for being located right in the crater of an extinct volcano. People come here not only to walk along the mountain slopes, but also to improve their health. There are hot springs and curative volcanic mud at your service.

For the forts of the era of the Spanish colonization of America, go to Portobello, the oldest town on the continent. It was named by Christopher Columbus himself, and the imposing stone walls of the local fort still impress tourists. The second such construction in Panama is Fort San Lorenzo, 50 kilometers away from Portobello. 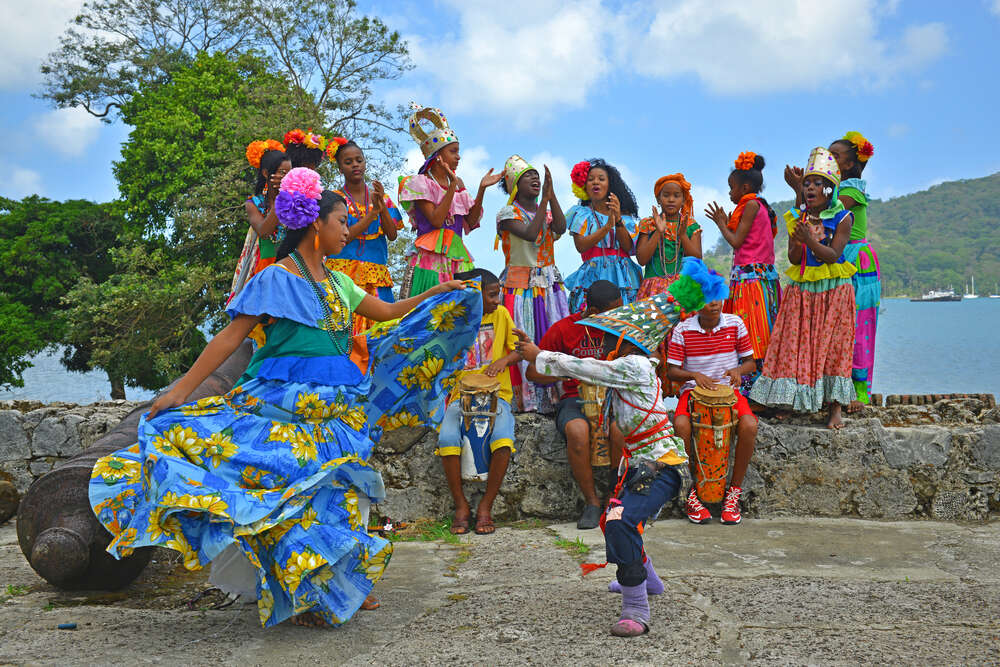 The fishing village of Santa Catalina is one of the most attractive spots for divers and surfers in Panama.

Most of Panama is occupied by untouched rainforests, and dozens of small and large islands are scattered along the coast. This makes the country a very attractive destination for those looking for exotic nature and active outdoor activities.

Perhaps the most interesting and popular  national park among tourists is Coiba.  Several thousand species of fish live in the waters off the coast of the island of the same name, sea turtles come here to lay their eggs, and sophisticated divers call this place “new Galapagos”. 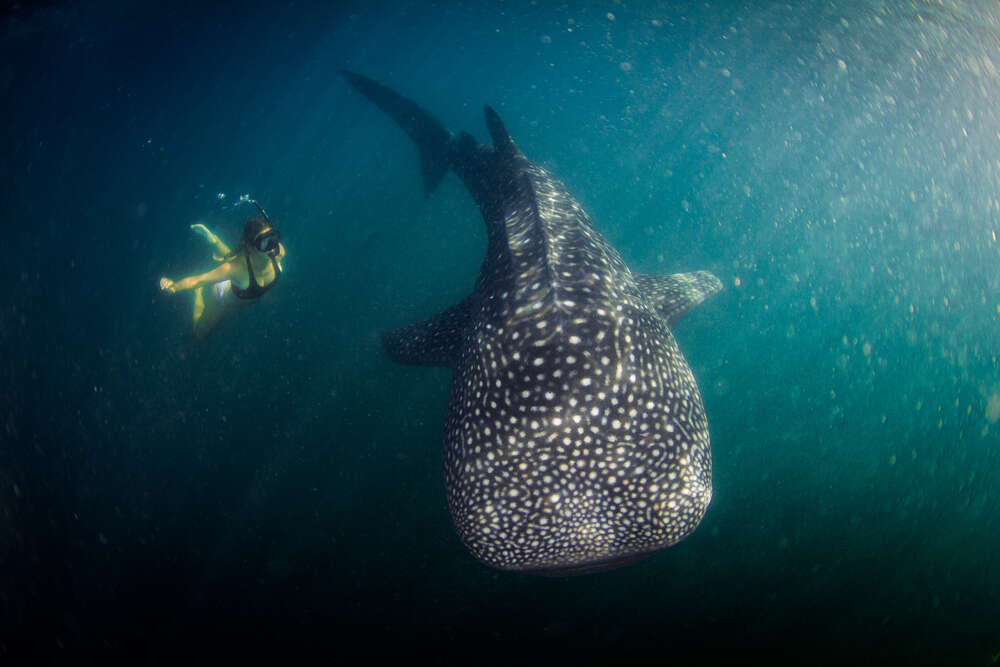 The beautiful San Blas archipelago is just half an hour's drive from the Panamanian capital. It is attractive not only for bounty views and gorgeous diving, but also for its population. The Kuna Indians live on the islands, who have managed to preserve the original culture and way of life, despite the broad tread of globalization. Comarca Kuna Yala, the most popular beach in the country, is located on one of the San Blas islands.

Taboga Island is famous for its 18th century church, dense rainforests and colonies of brown pelicans. Bastimentos Island is home to crocodiles, sloths, monkeys and a huge variety of variegated birds. Contadora, one of the famous Pearl Islands, offers tourists the cleanest beaches.

The largest national park in the country is Darien on the very border with Colombia.  As well as on the islands, the indigenous Indians of Central America live here, and the Darien jungle is still largely unexplored. It is these dense relict forests that are the reason for the 100-kilometer gap in the Pan American Highway and a natural obstacle that makes it impossible to get from Central America to the South by car. The rain forests of La Amistad Park spread on the border with Colombia. 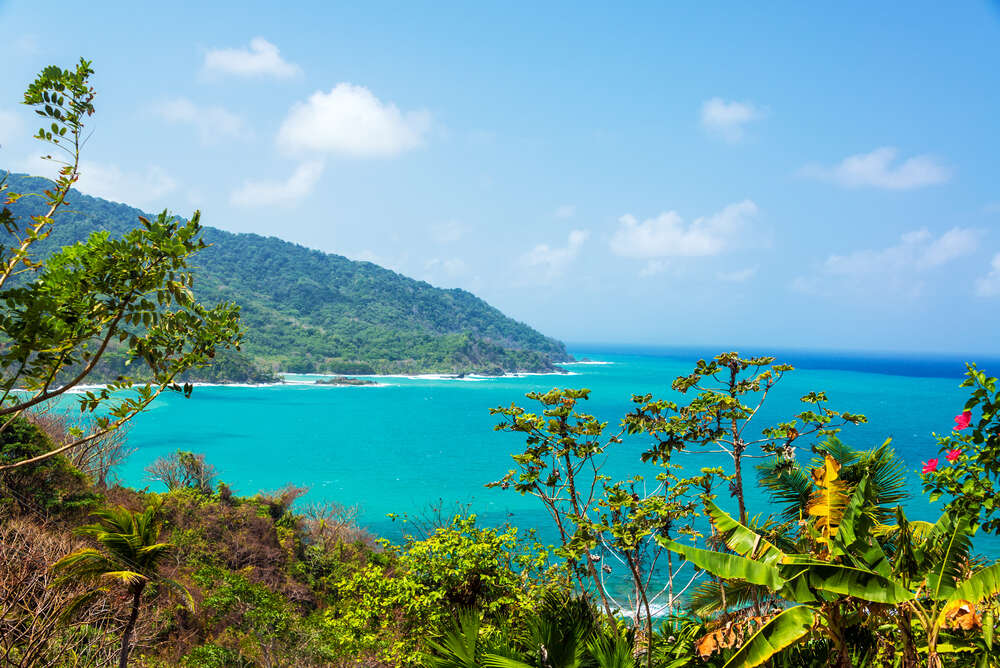 The Republic of Panama is an incredibly interesting country. On its territory, prehistoric forests have survived, Indian tribes lead the traditional life, and in the caves of the Caribbean islands, pirates hid gold treasures. Panama's modern gold is the unforgettable experience of visiting a piece of land between the Pacific and Atlantic oceans.
✈️ Flights to Panama ✈️
Read more:
➱ The world's most beautiful lakes

➱ 6 Reasons to Travel to Mexico

➱ The best countries to travel by car